“By the time I was finished, 50 people had joined in”: This musician is giving street concerts to honour front-line workers

“By the time I was finished, 50 people had joined in”: This musician is giving street concerts to honour front-line workers 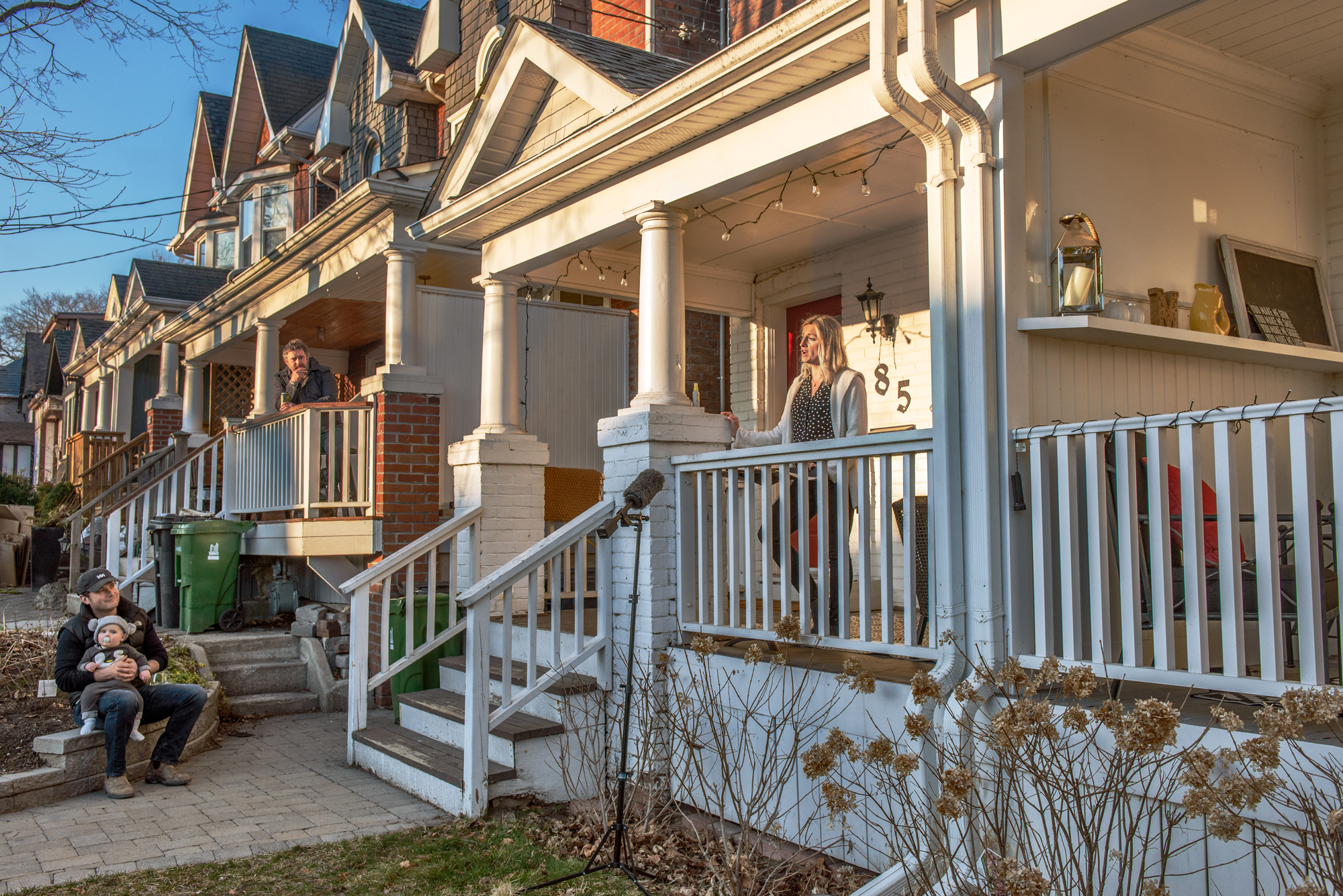 I live in the Lower Beaches with my husband and two young boys, and there are five front-line workers in the cluster of homes nearby: an emergency nurse at St. Michael’s and her husband, who is an anesthesiologist at St. Michael’s; an ob-gyn at Scarborough Centenary; a respiratory therapist at Sick Kids; and an internist at Trillium Health Partners. Every day, they risk their health to take care of the rest of us, working long hours without enough protective equipment, worrying they’ll infect their families when they come home, and bracing for the surge of hospitalizations we’ve seen in Italy, New York and elsewhere. I often see them return from work looking stoic but tired.

Our neighbourhood is extraordinarily tight-knit. My MPP, Rima Berns-McGown, lives up the street from me, and we walk our dogs together (or at least we used to). Anne, our 80-something neighbour, crafts handmade cards—miniature works of art, really—and gives them out to people on holidays and birthdays. And when my husband was travelling for work, and I was home alone with two kids under two, multiple neighbours brought me meals, walked our dog and babysat. There’s an Old World sense of community here that I’ve never experienced anywhere else.

For the past few weeks, I’ve been volunteering with Rima and an epidemiologist at U of T, lobbying the province to convert empty hotels into temporary housing for the homeless. We’ve also started an initiative for grocery stores to provide priority delivery for front-line and essential workers, seniors and immunocompromised people.

One day, we were texting to figure out what else we can do. That’s when Cynthia Mulligan, the CityTV journalist who lives on the other side of my semi, suggested we pay tribute to the front-line workers during their 7:30 p.m. shift change. I’m a musician with the Toronto Symphony Orchestra and a singer. I’m also a founder of HUM: Healing and Unity Thru Music, a Facebook group that connects musicians with front-line workers to provide solace through music. So I volunteered to lead a performance of “O Canada.” On a brisk mid-March evening, as the sun dipped behind the roofs on our street and the light softened, I stepped onto the front yard and began to sing. My toddler, Henry, played at my feet as I sang my way through the anthem, and I watched my neighbours emerge, drinks in hand, to join in.  Even Anne, who hadn’t been out of her house in a week, came out to lend her voice. It was an overwhelming moment.

I have 5 neighbours within a few doors who are frontline healthcare workers. My street gathered to pay them tribute and promise to be there for each other.We will do this (socially distant)every Saturday night, community is key(it helps Erin is an amazing singer) pic.twitter.com/segeLqKNny

Since the TSO shut its doors the week before, I’d been searching for a way to use my skills to bring solace to the people who need it most. In that moment, I realized that artists and musicians, so many of us out of work and facing uncertain futures, have an abundance to give.

When we finished, someone yelled, “Encore for Italy!” I thought, I’m not exactly an opera singer, but my husband, who is a conductor, suggested an Italian favourite: “O mio babbino caro,” from Puccini’s Gianni Schicchi, so I quickly googled the lyrics. By the time I’d finished, 50 or so people had gathered, separated by six feet but unified in our purpose. Of course, some of the workers we sang for had to see a video of the performance later, on Twitter, because they were working. A few of them got in touch to say they were moved and grateful their families were home to see it, because they need support right now, too. We’ve since turned the concerts into a weekly tradition, and CityTV now broadcasts them at the end of its 6 p.m. news segment on Fridays—for the front-line workers on our street and every street in the city.