“You can feel disabled by all this or you can try to move forward”: A Q&A with Steven Argyris, whose company provides temporary lodging for front-line workers

“You can feel disabled by all this or you can try to move forward”: A Q&A with Steven Argyris, whose company provides temporary lodging for front-line workers 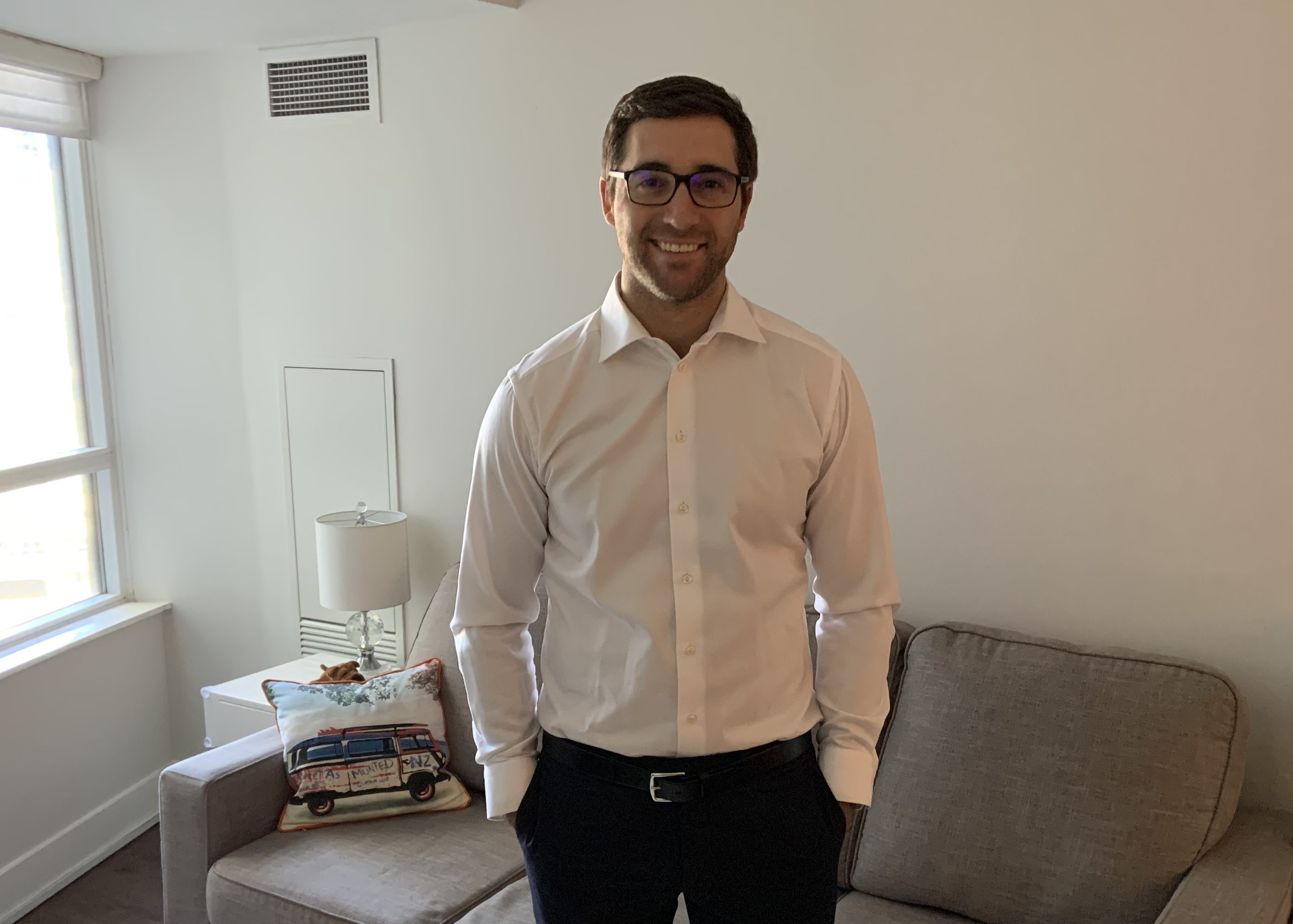 Steven Argyris is co-founder and CEO of SkyView Suites, a purveyor of upscale, furnished condo suites for on-the-move corporate execs in need of short-term accommodations. His spin-off charity, StayWell, allocates a number of these units, at discount rates, to patients who have to relocate to Toronto for treatment. Now, with his units mostly vacant and front-line medical professionals afraid to bring infections home, he’s doing the same for these workers. Argyris spoke to Toronto Life about the surprising opportunity the pandemic presents.

StayWell normally offers subsidized housing to medical patients, and now you’re offering that same service to doctors, nurses and other front-line health care workers. Tell us a little about why StayWell is shifting its focus.
There are a couple of reasons. One, a lot of health care workers are going to be brought into Toronto, and they’ll need a place to stay. Two, there’s concern that front-line workers are more exposed, and they don’t want to bring that risk home to family or friends. We just wanted to make them feel comfortable because they’re doing such a fantastic job.

On that first point—more than 61 per cent of Ontario’s cases are in the GTA. So presumably we’ll be seeing lots of health care workers coming from outside of Toronto or even the province.
Yes, I believe so. Also, my wife is a physician, and there’s been some internal dialogue about repurposing doctors who aren’t necessarily in emergency, or who have different specialties, to the Covid-19 campaign. There’s a lot of rejigging of resources.

Do the condos you’re offering all come from SkyView Suites?
Primarily, yes. Our network leverages what’s called the corporate housing industry. These are all furnished condos that are typically rented out to corporate professionals—typically, banks or consulting firms, which have a mobile workforce. And sometimes their executives need to live for a few months in Toronto.

I guess that business has, unfortunately, evaporated for you right now.
Yeah. But, ironically, there’s an opportunity there. There’s some vacancy that we can take advantage of. And we’re trying to repurpose that to help people out.

It’s great that you’re doing that, but I assume, for you to operate both the company and the charity, you need that business to come back fairly soon?
Yeah, exactly. There’s pressure. But there’s pressure everywhere, not just on this industry.

How many condos do you have available for this purpose?
Speaking for SkyView, we have about 170 units. But if you’re talking about the whole corporate housing industry, there’s upwards of a thousand. StayWell has access to that inventory as well.

So what portion is devoted to patients and what to health care workers?
It’s hard to say. I would say there are more health care workers right now because a lot of patient programs and clinics have closed down. For example, we were working with the transplant program at Toronto General and they essentially have shut down until further notice. It’s terrible. There are so many other consequences that people don’t think about from a medical perspective. But there are still some patient families that need to relocate because their treatments are still happening. We’re working with SickKids right now, helping them deal with some issues they’re having with patient accommodation.

In terms of health care workers, who’s taking you up on your offer?
We have relationships with hospitals. So we reached out to decision-makers at hospitals to let them know we’re currently pivoting our efforts from patients to health care workers. One group we reached out to was U of T. They formally released a statement to all fellows, residents and medical students who are going to be on the front lines that this is an option for them. We’ve received about 75 booking requests from them in the last couple of days. That’s just one group. So there’s been lots of interest.

Why is this work so important to you?
We started this charity a couple of years ago and started getting traction in 2019, working with a bunch of clinical programs. The impact you can have on people’s lives is satisfying. The charity started when we met a woman named Tina, who was dealing with a lung transplant. She ended up staying with us, we got to know her, and she began describing her problem. That’s when we started to understand the extent of the need beyond her case. As a group, we were in a position to do something about it, and it was very empowering.

And then going on to helping health care workers—how does that make you feel?
In a time like this, you can go one of two ways. You can feel sort of disabled by all this. Or you can keep busy, keep hammering at it, and try to move forward in some way. To me, it wasn’t really a choice—this is just something that needs to be done.