What are the rules of social distancing? One family’s quest to figure it out

What are the rules of social distancing? One family’s quest to figure it out 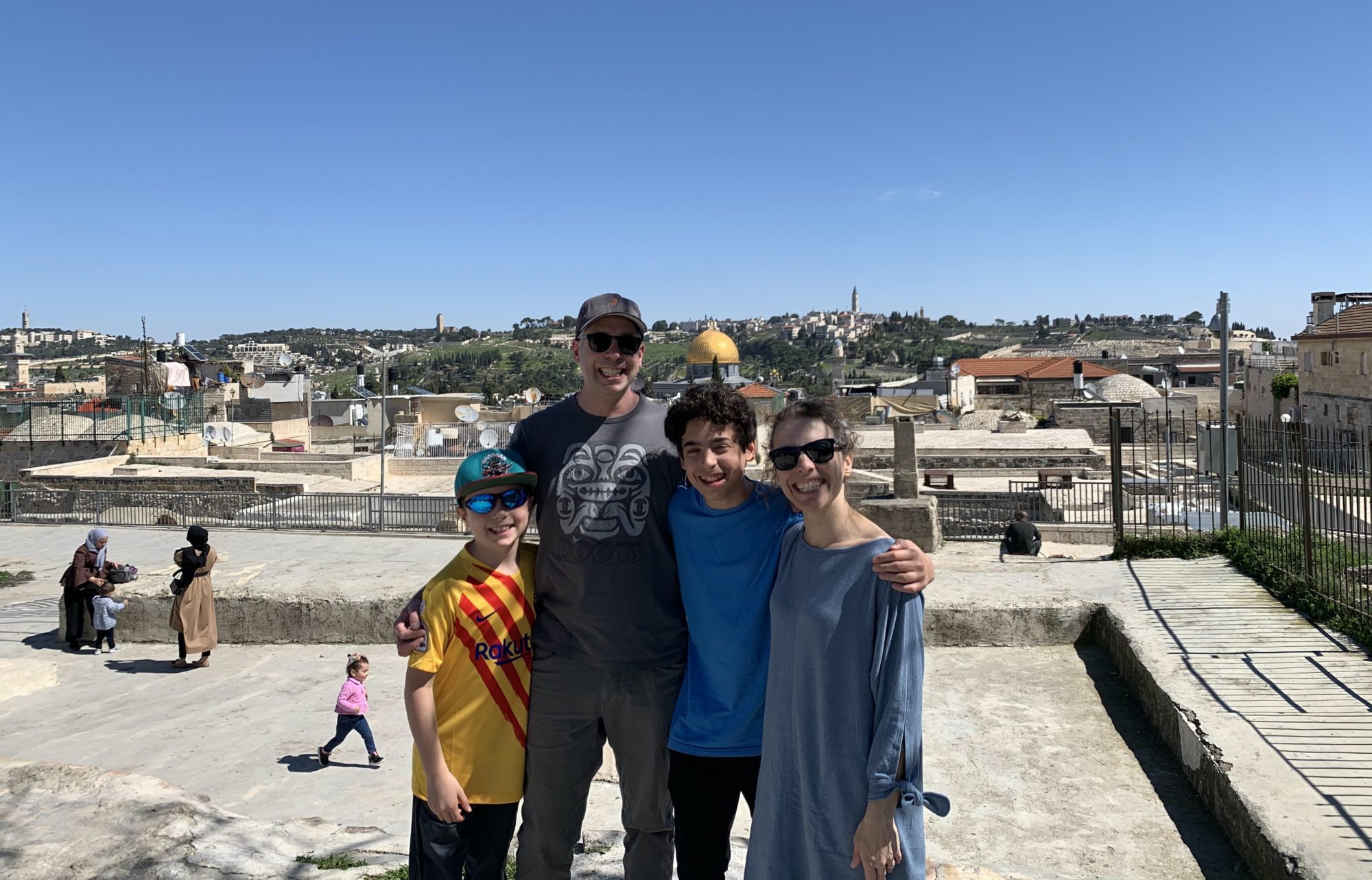 On March 7, I was in Israel with my wife, Leora, and our two kids, who are 10 and 13. We were alerted to an urgent notification on the Israeli Ministry of Health website: a passenger on our March 1 flight from Barcelona to Tel Aviv had tested positive for Covid-19. Thankfully, we had no symptoms so far, but we were required by Israeli law to go into quarantine. We were tourists in Israel with no natural place to self-isolate, so we were advised by both the Israeli health authorities and Toronto Public Health to return home as soon as possible. As a clinical psychologist who specializes in helping others manage their anxiety, I suddenly found myself grasping for answers to deal with my own. After a few minutes of shocked paralysis, we had a family meeting. Everyone was scared and upset but we knew what we had to do: we made a plan to get home as quickly as possible and stayed up most of the night making the necessary arrangements.

We flew home, masked and frazzled, the next day—this was before airlines started shutting down operations. Some passengers on our flight wore masks, but many did not. Many of us also cleaned their area with disinfecting wipes. There was a sense of heightened anxiety on the flight, but also a feeling of relief. We believed a much calmer state of affairs awaited us at home.

Our extended families had left groceries at our house and parked our car at the airport for us to drive home. We called Toronto Public Health and were stunned to learn that, since we were asymptomatic, we were only required to self-monitor—not self-quarantine. Apparently, we could go about our normal routines, including returning to work and, if possible, sending our children back to school (this was before they closed, of course). Instead of following these instructions, we stayed in quarantine for several days while we gathered more information. After all, if we had been infected, the effects of spreading the virus outside our own home could have been catastrophic. We felt baffled about why the rules here were so lax compared to those in Israel.

While in isolation, my wife and I pored over news and opinions about the virus. We watched in horror what was happening in Italy, the United States and elsewhere and recalled with renewed fear what January and February were like in China. We knew we might only have a short window of time in which we could act to prevent a widespread outbreak, but that such prevention required a radical change in behaviour on a communal level. Our thinking seemed to be one step ahead of the official policy in Toronto at that time.

To date, there have been no specific directives from TPH or the government about how parents ought to be applying social distancing rules for their families and children. These are sorely needed, as soon as possible. In the absence of such guidelines, my wife and I adopted those published on Medium by Dr. Asaf Bitton in his article “Social Distancing: This is Not a Snow Day,” which urges parents to create family rules based on a highly restrictive approach to distancing. We decided that we couldn’t shut down their social lives entirely, but we could impose certain restrictions. We told them that they were allowed to see friends provided that those friends and their family members were all asymptomatic, as verified by us directly with the parents. They were permitted to play only outdoors, keeping a safe physical distance at all times (i.e., shooting basketballs is fine, but one-on-one is not). They were not allowed to share food with others or eat meals outside our home. They were expected to wash their hands frequently and practise smart hygiene by not touching others or their faces.

We knew this was still risky. Should we go all in and force complete isolation upon our family? Probably. We recognize that our rules may need to change, perhaps even more than once, and we’ve talked about that possibility with our children. Predictably, they’ve been quite upset about this strange new reality. Our 13-year-old has led a relatively autonomous social life over the past couple of years and imagined that during this break from school, he would have the freedom to hang out at the mall and play basketball and video games with his buddies, go to restaurants and have groups of friends over to our house. To make matters much worse, many of his friends’ parents aren’t applying nearly the same restrictions as we are—as of a few days ago, some were still having sleepovers—which makes us seem crazy. And that’s the last thing any 13-year old wants.

This past weekend, we arranged a small family playdate at a large park with one other couple and their kids. We brought footballs and soccer balls and hand sanitizer and played games in which everyone could maintain a safe distance. It wasn’t perfect, but it worked pretty well. It’s going to be a difficult process to enforce these new rules, especially if this pandemic drags on for some time. But we believe our kids can be resilient, especially when they’re provided with structure, love and support.

We are also reminding ourselves and our children that “social distancing” should not be about social isolation. We are encouraging them to use technology and other creative ways to stay connected with friends and loved ones as much as possible. For this reason, we are trying to refer to it as “physical” rather than “social” distancing. It’s funny, because until this all happened, we were always bugging our kids to get off their devices and play outside with their friends. Now it’s the reverse.

I’ve heard the stories of people shoving each other out of the way in the supermarket to grab that last roll of toilet paper. I think there’s an alternative model to that competitive approach, even during this stressful time in which many of us are in survival mode. Rather than “survival of the fittest,” let’s embrace a communal mindset about the consequences of our actions on others: while the risks of contracting Covid-19 may be mild for most of us, they could be fatal for some.

David A. Moscovitch is a professor of psychology at the University of Waterloo. He lives in Toronto with his wife and two children.