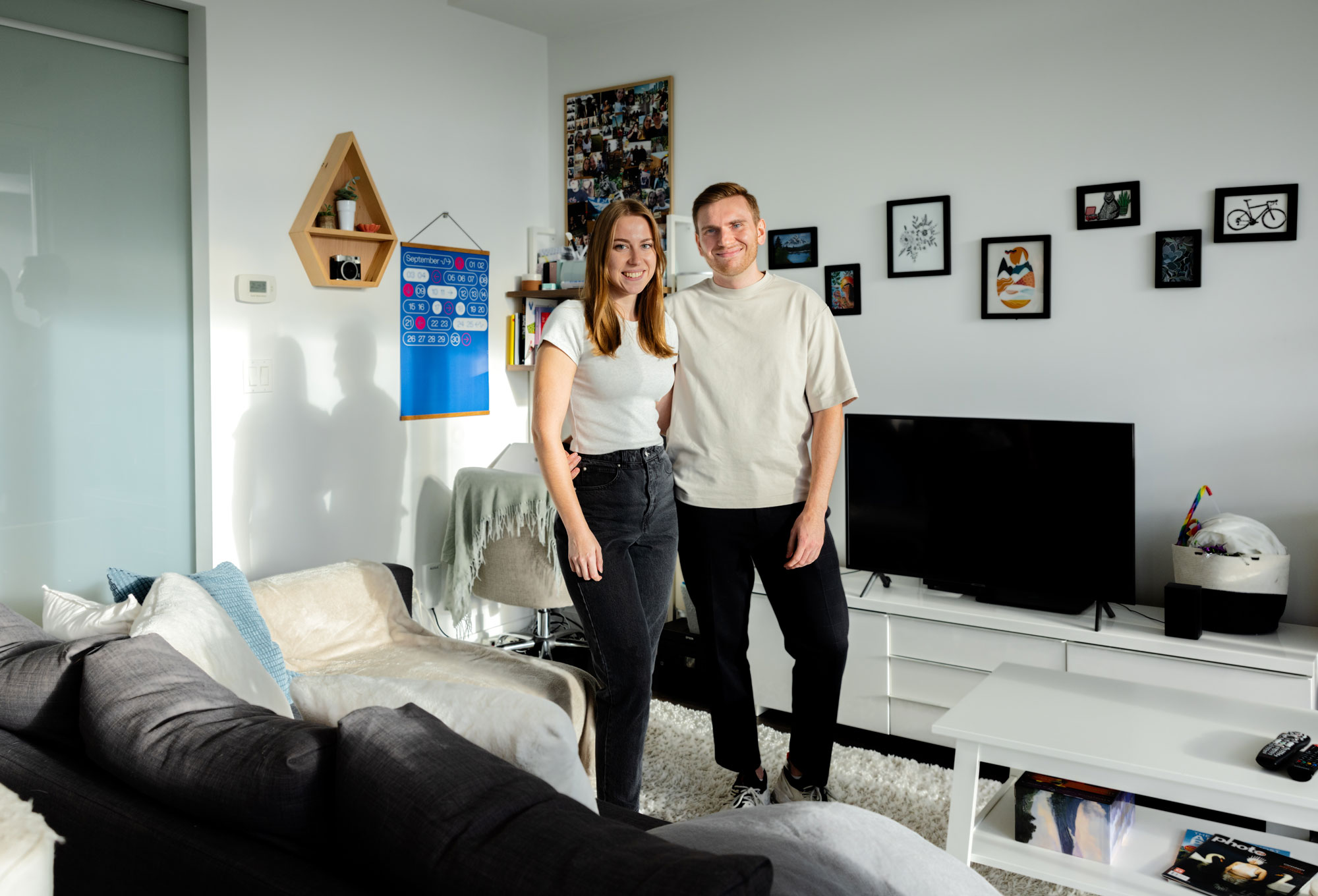 Who: Lauren Cain, 24, and Kevin Maier, 24
What they do: She’s a graphic designer at a marketing agency; he’s a network support analyst for an internet solutions provider
What they make: $120,000 combined
Where they live: A one-bedroom condo in Bathurst Quay—purchased by Lauren’s parents in 2018 as an income property—with their cats, Callie and Milo

Groceries: $800 a month. Lauren admits that they prefer to shop at Loblaws despite the high markup.

Cell: $72 a month each with Freedom Mobile.

Pet supplies: $200 a month for Callie and Milo’s food, litter, and cat grass, which the kitties like to munch on.

Student loans: $107 a month. Kevin has been paying off his loans since he graduated from George Brown College in 2019.

Charity: $20 a month, which Lauren donates to SickKids, where she was once a patient for health concerns related to anemia.

Savings: $800 a month each. Lauren and Kevin consider themselves homebodies, and they save by rarely dining out—though that has changed recently. “We’re going out more now that the pandemic has slowed and we can see people again,” Lauren says. 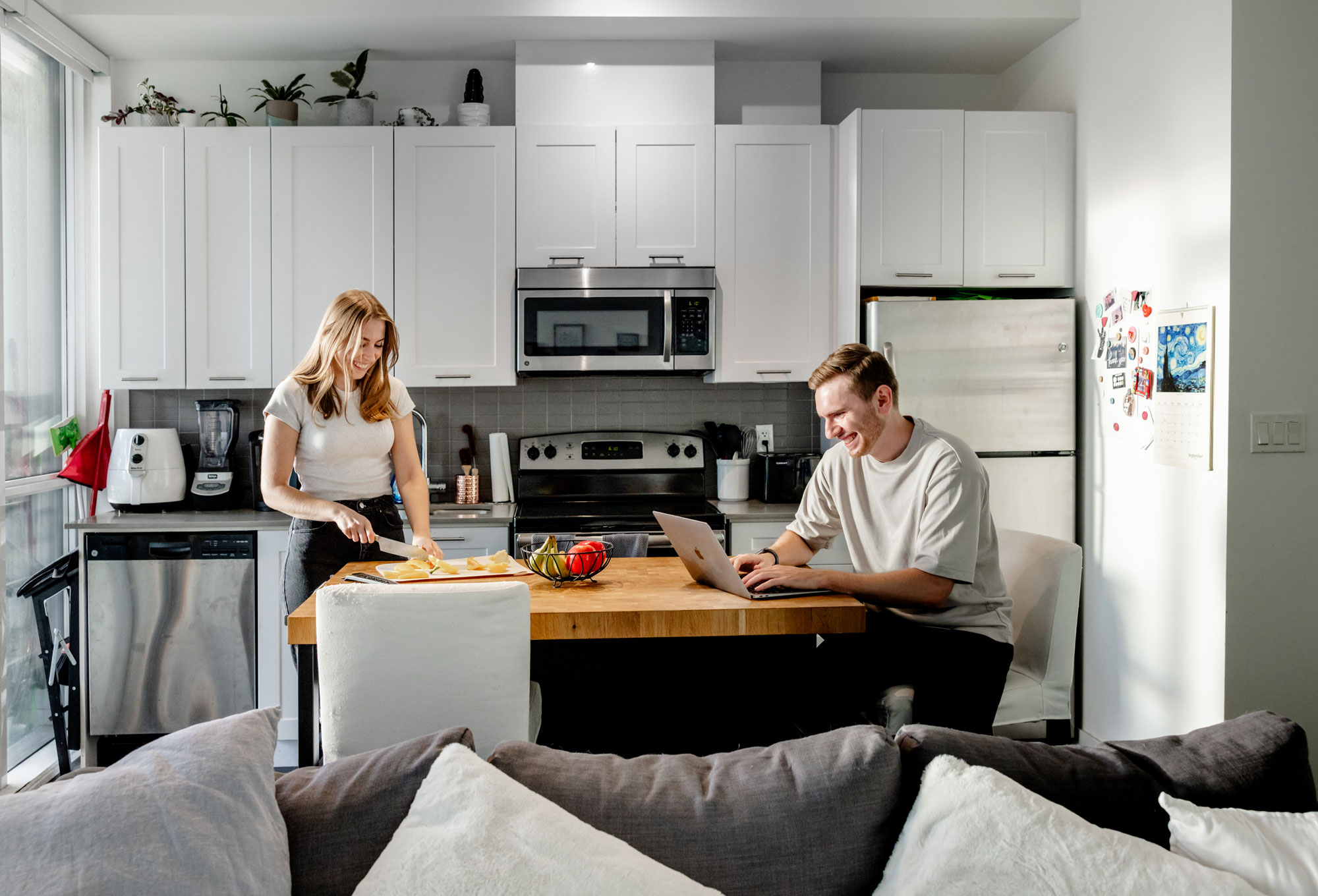 Formula 1: $400 each for tickets to the Canadian Grand Prix, in Montreal.

Tennis: $120 each for tickets to the National Bank Open to watch Bianca Andreescu. “I don’t know very much about tennis,” Lauren says, “but we never do anything, so we wanted to go!”