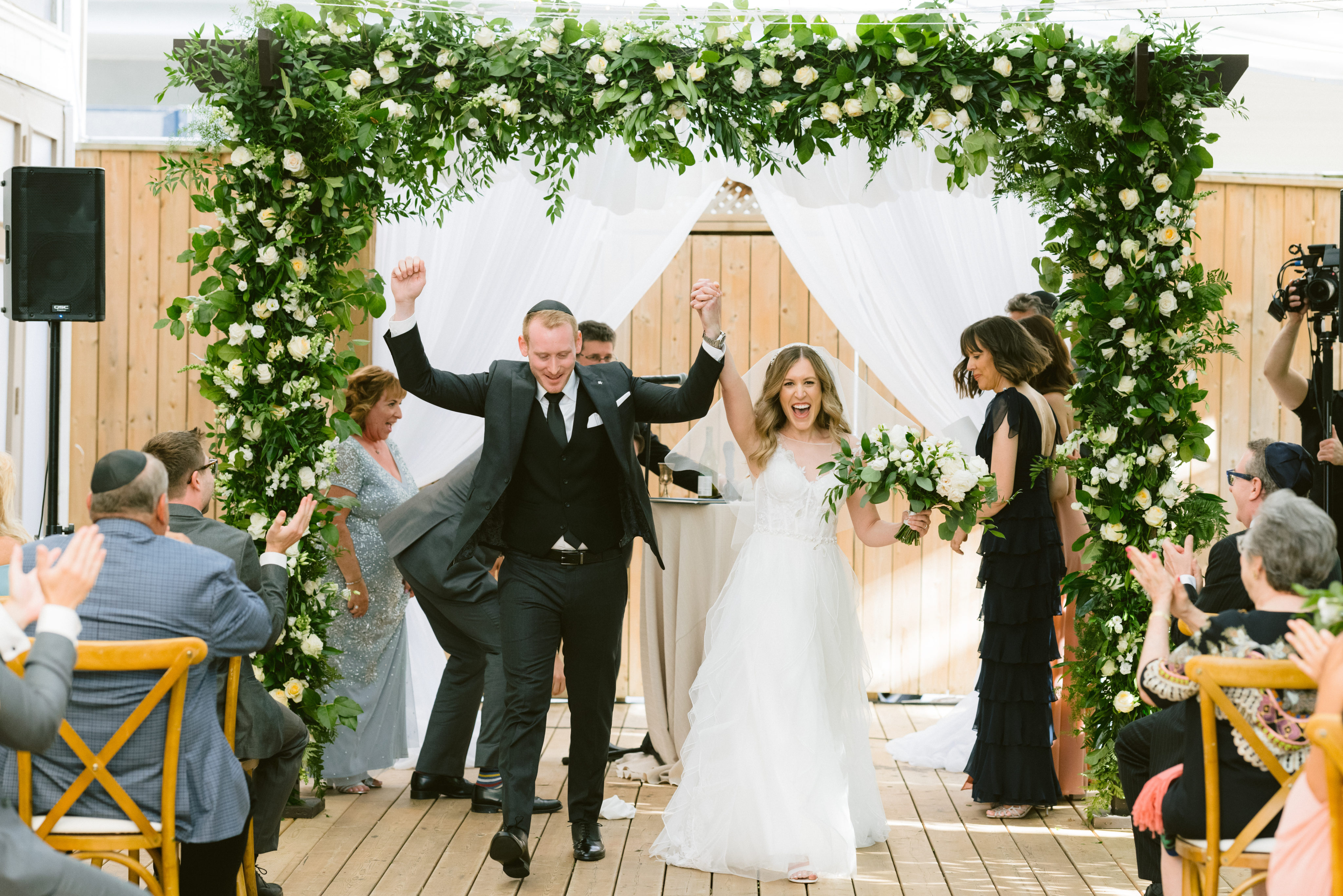 Sari Isenstein, a PhD candidate in clinical psychology, and Jason Ortofsky, who runs a financial advisory firm, were originally supposed to get married at Horseshoe Resort in August 2020. After rescheduling their wedding five times, they finally tied the knot this month.

Sari: Jason and I met about 10 years ago, when we were both in undergrad at Wilfrid Laurier University in Waterloo. We were in the same social circle, but we didn’t actually talk to each other until a homecoming barbecue. That night, he walked me home. I quickly discovered he had the kindest heart out of anyone I’d ever met.

Jason: I was attracted to Sari’s beauty and confidence. I had this feeling that if I stuck with her, everything would work out perfectly. I was friends with her roommates, so I started making excuses to come over. I’d spend all my time talking to Sari.

Sari: We were together for about seven years before Jason proposed in March of 2019. He took me to dinner at F’Amelia, an Italian restaurant in Cabbagetown. When we were done eating, he pulled me into the back room, where he had set up a display with photos, rose petals, candles and pathway made from a thousand tiny pieces of paper. On each one, he had written a different reason why he loves me—he’d been making them since we first met. Of course I said yes.

Jason: Our wedding was scheduled for August 2020 at Horseshoe Resort. That was a long weekend, so our guests were supposed to come up on Friday, hang out on Saturday, celebrate our wedding on Sunday and then head home on Monday.

Sari: It was going to be a weekend extravaganza with 150 of our closest friends and family. We had the whole thing booked. I’d bought my dress. All the vendors were confirmed. We had a whole weekend of activities planned: dinners, games, cable-boarding on the man-made lake, tubing through the massive water slide that goes down the ski hill. We had a 10-piece band lined up for the wedding. It was going to be great.

Jason: When the pandemic hit, we were in denial. We kept saying, “It’s going to be okay. It might be reduced, but it will happen.”

Sari: People kept asking me, “What are you going to do about your wedding?” And I’d say, “What do you mean? It’s in August. It will be fine.”

Jason: Finally, in late April, we decided to cancel. By then, we’d already heard horror stories about people trying to get their money back from venues and vendors, so we prepared this whole speech for Horseshoe. But when we asked for our money back, they basically said, “Okay, no problem.” They were really good about it. That was a relief. 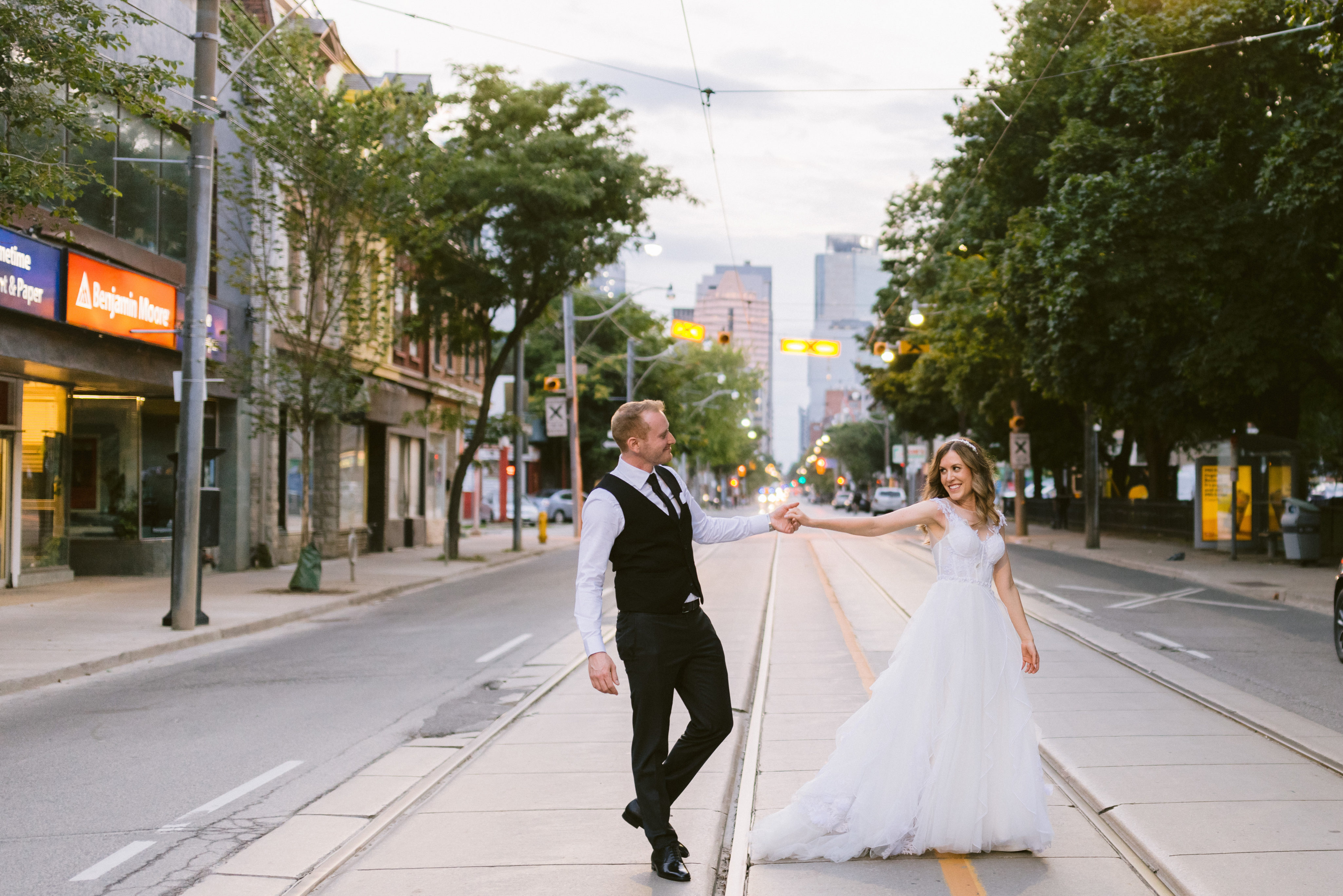 Sari: That began a long, painful process of rebooking and cancelling and rebooking and cancelling. First, we moved our wedding to July 2021, at Northbrook Farm, a beautiful venue outside Orillia. But Jason’s dad, who’d been battling cancer, took a turn for the worse in October, and we wanted to make sure he’d be there. So we moved it back up to November 2020 and changed the venue to the Berkeley Fieldhouse on Queen East. But Covid restrictions prevented us from having our wedding then, to0—so we rebooked again for April 2021.

Jason: Unfortunately, my dad died in February, so he wasn’t able to see us get married. When April rolled around, we were still in lockdown, had to rebook one more time, to July 22. It was like whiplash, going back and forth so many times. We just wanted to get married.

Sari: When all was said and done, we had five dates and three different venues. It was really stressful to keep changing plans. I’d fixate on table placement and decor and what to do if it rained, only for everything to change in an instant. Eventually, I realized I needed to let go of things that were out of my control, as hard as that was.

Jason: As the date approached, we made four separate guest lists with different numbers of people, because we didn’t know how many would be allowed that day. We ended up having 48 guests. Sari always wanted a small wedding—we initially compromised on 150 guests because I have a really large family—so it was actually closer to the vibe she wanted. It was really intimate. We both only had three relatives there, outside of our immediate families. 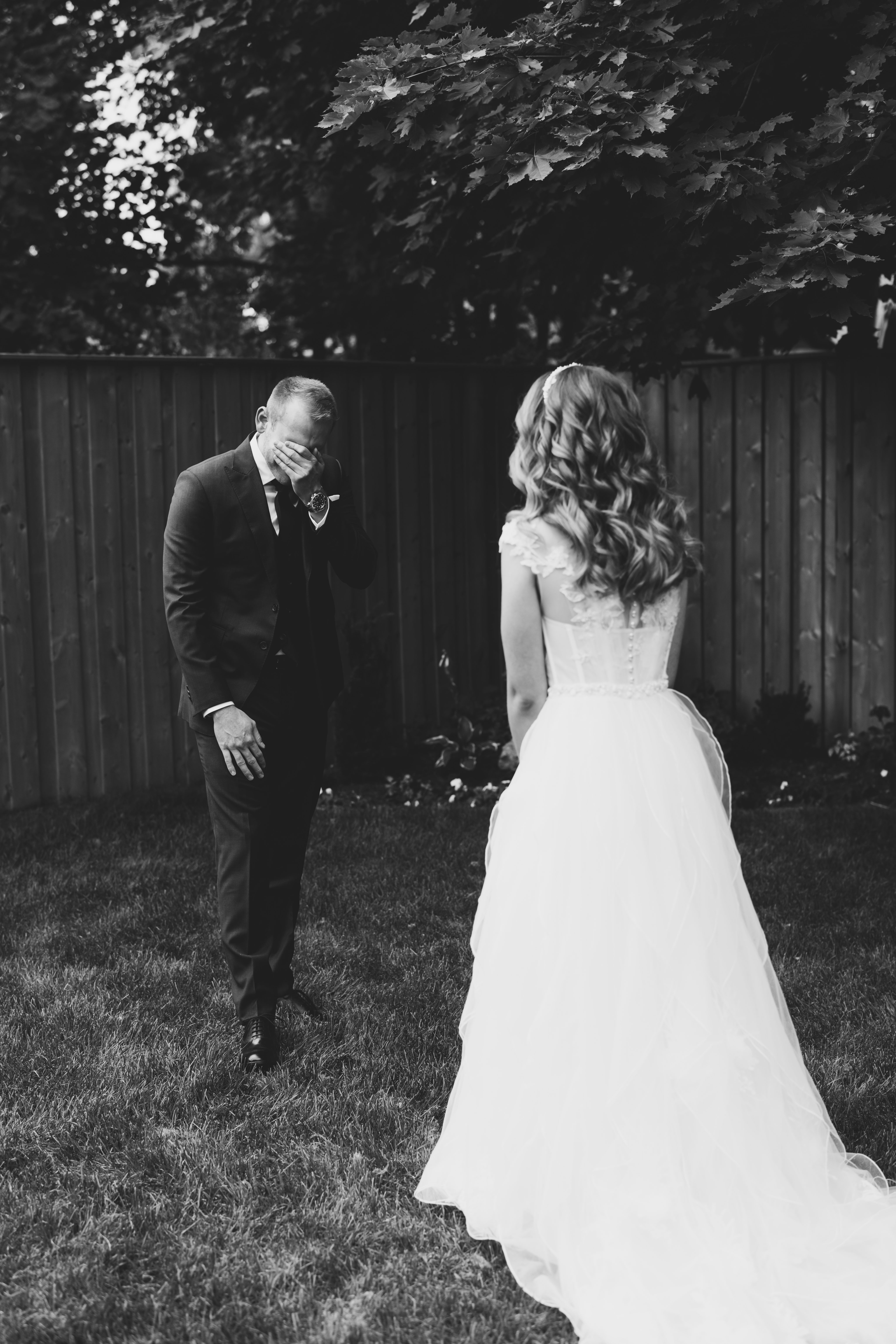 Sari: The morning of our wedding, I got ready with my bridesmaids at my mom’s house, while Jason and his boys were at his mom’s house. When we all met up for our first look, Jason broke down in tears. It was adorable. We took photos behind Edwards Gardens, which was my favourite part of the day because it was so beautiful and intimate and fun. Running through the garden, it felt like we were in a fairy tale. Finally, we went to our venue. I had been planning the decor for two years, but when I walked in, it was 100 times better than I’d ever imagined. I broke down crying. I walked down the aisle to a string trio playing “Your Guardian Angel” by Red Jumpsuit Apparatus, which I’ve wanted played at my wedding since I was 14. We also wrapped ourselves in Jason’s dad’s tallit during the ceremony. It felt like he was there. And the speeches were so meaningful that I started bawling again. There wasn’t a dry eye for pretty much the whole night.

Jason: One of the things we were most excited for at our original wedding was the dancing—especially the hora. For a long time, we didn’t think we’d be allowed to dance at our wedding. But by the actual day, were were able to dance outside all night. The weather was perfect. We were so happy. 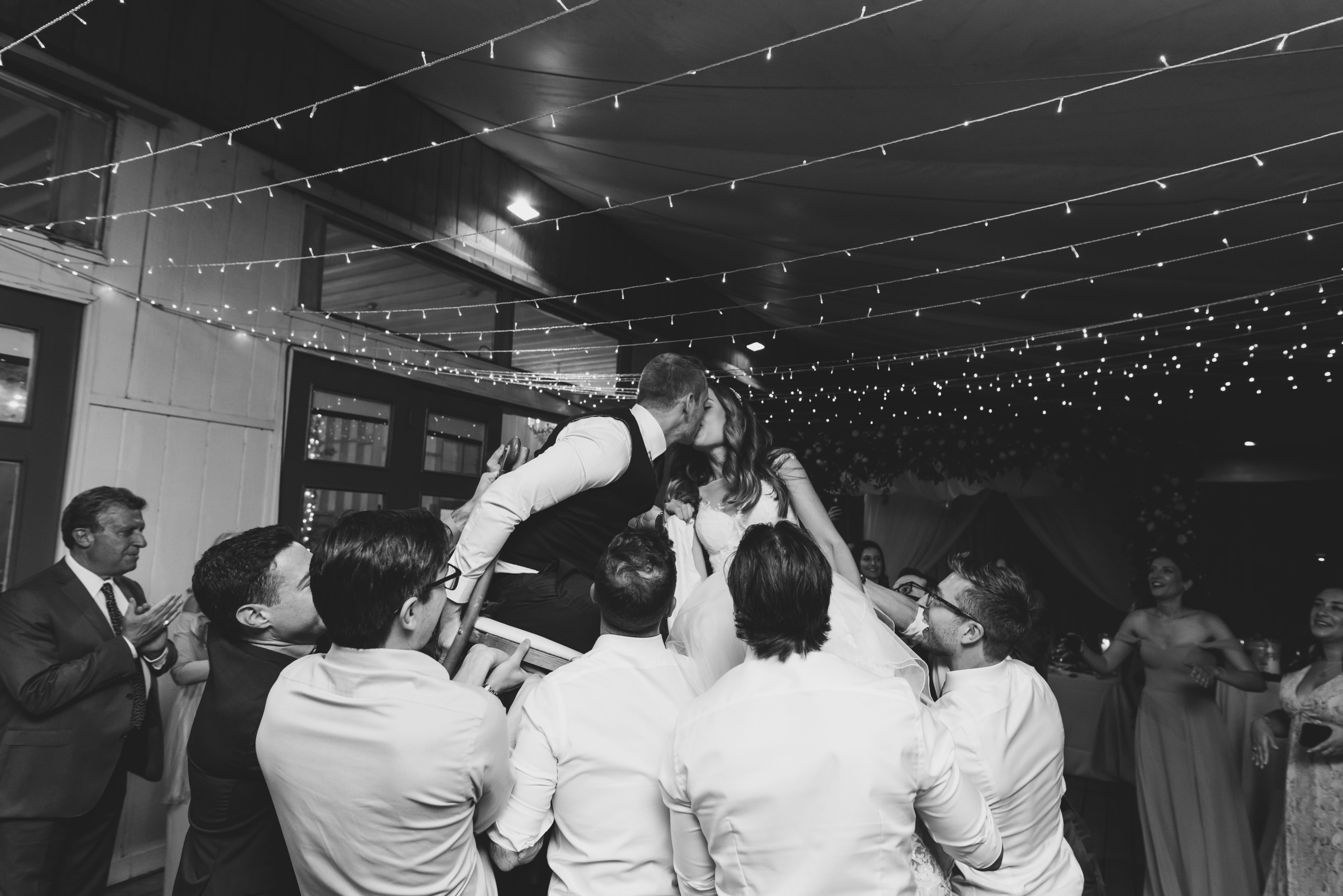 Sari: As I looked around the courtyard, I realized that I could truly say “I love you” to every single person there. It was so much more emotional because of everything we’d been through.

Jason: A lot of the guests told us that our wedding was the first real event that they’d attended in two years. In that way, it was really special. Sure, it was a stressful two years. But because of that, we have a newfound appreciation for being healthy, loving each other and finally being married. Plus, now we have something new to look forward to: our honeymoon. It may take us a year or two to get there, but we’re going to the Maldives. 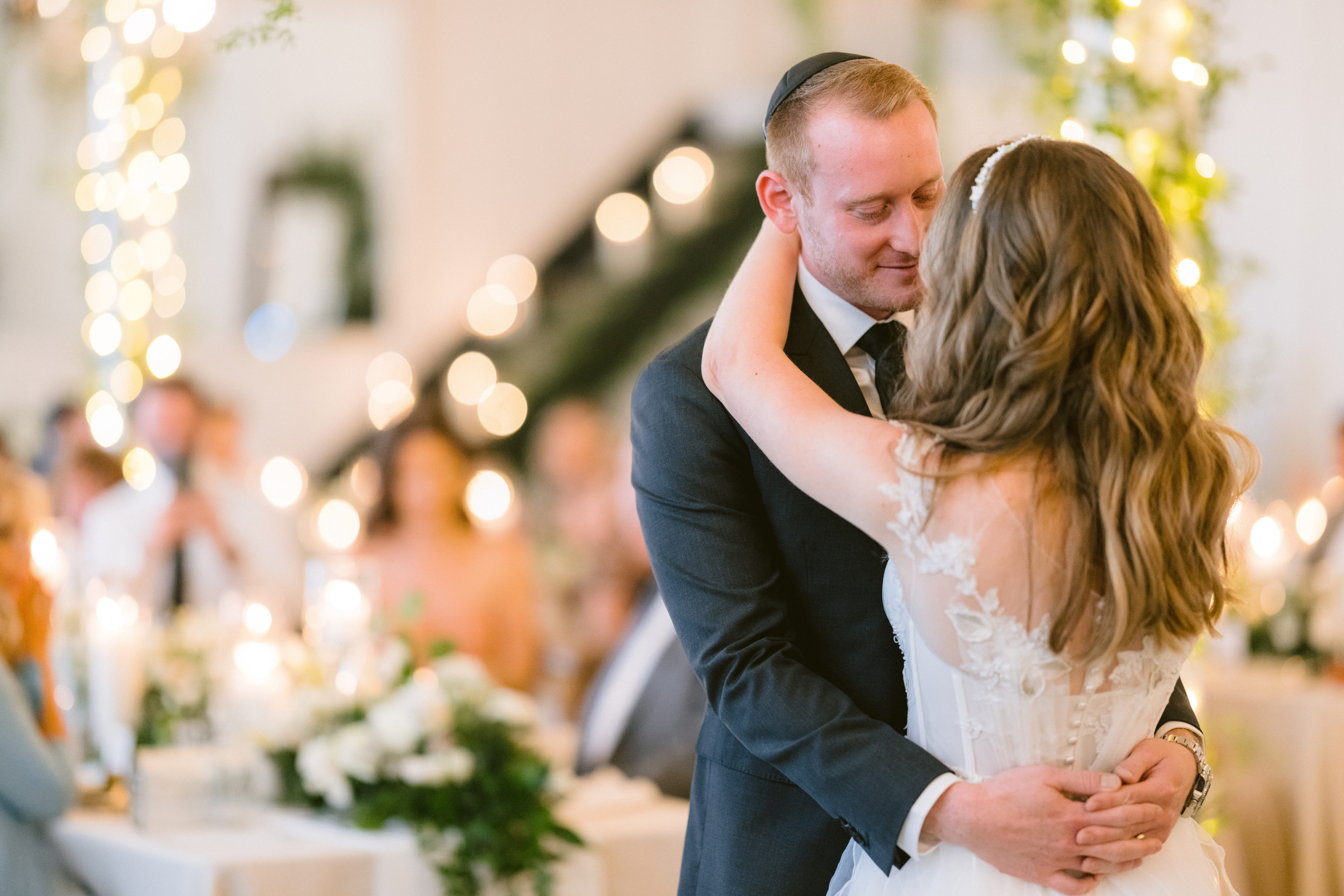 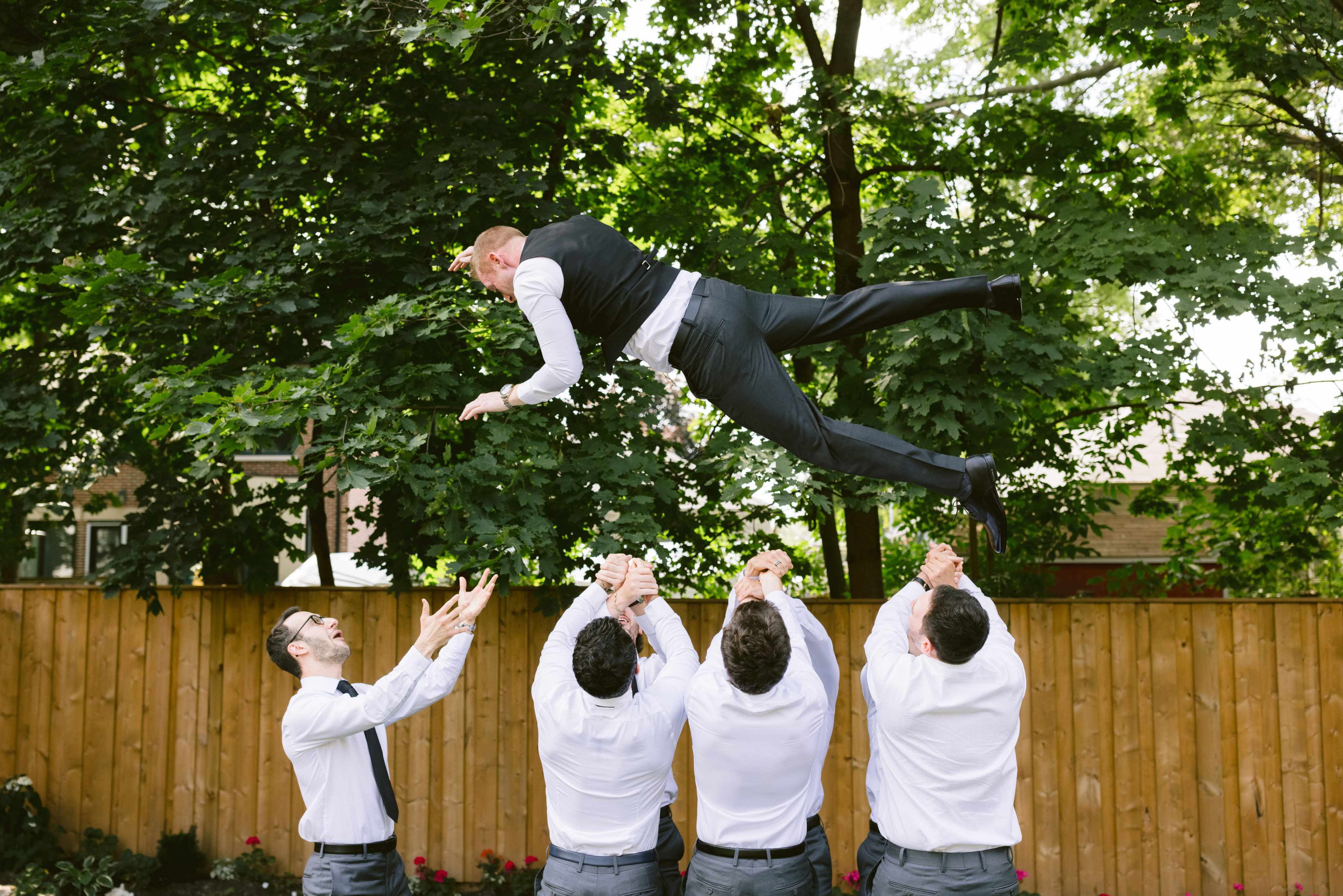 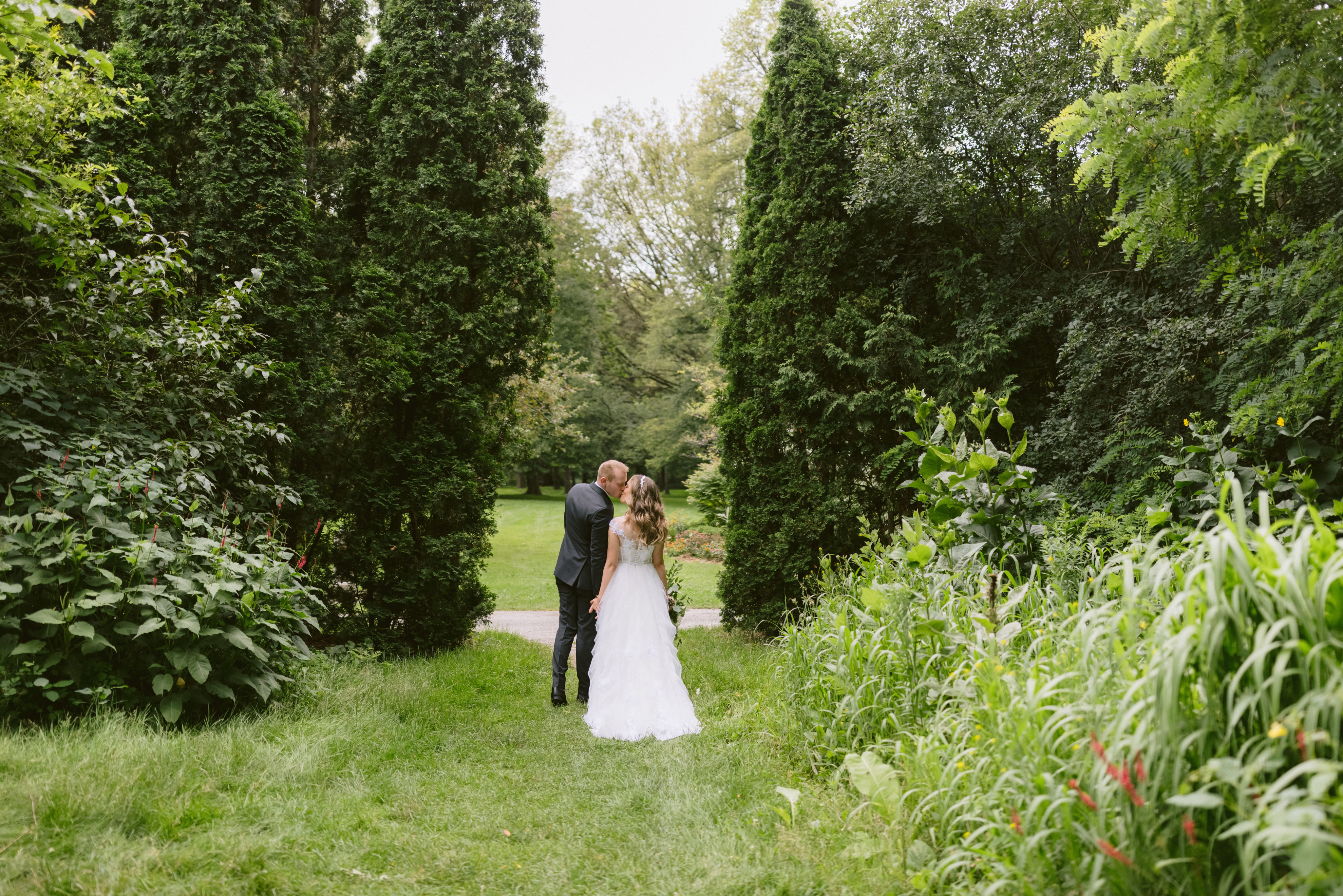 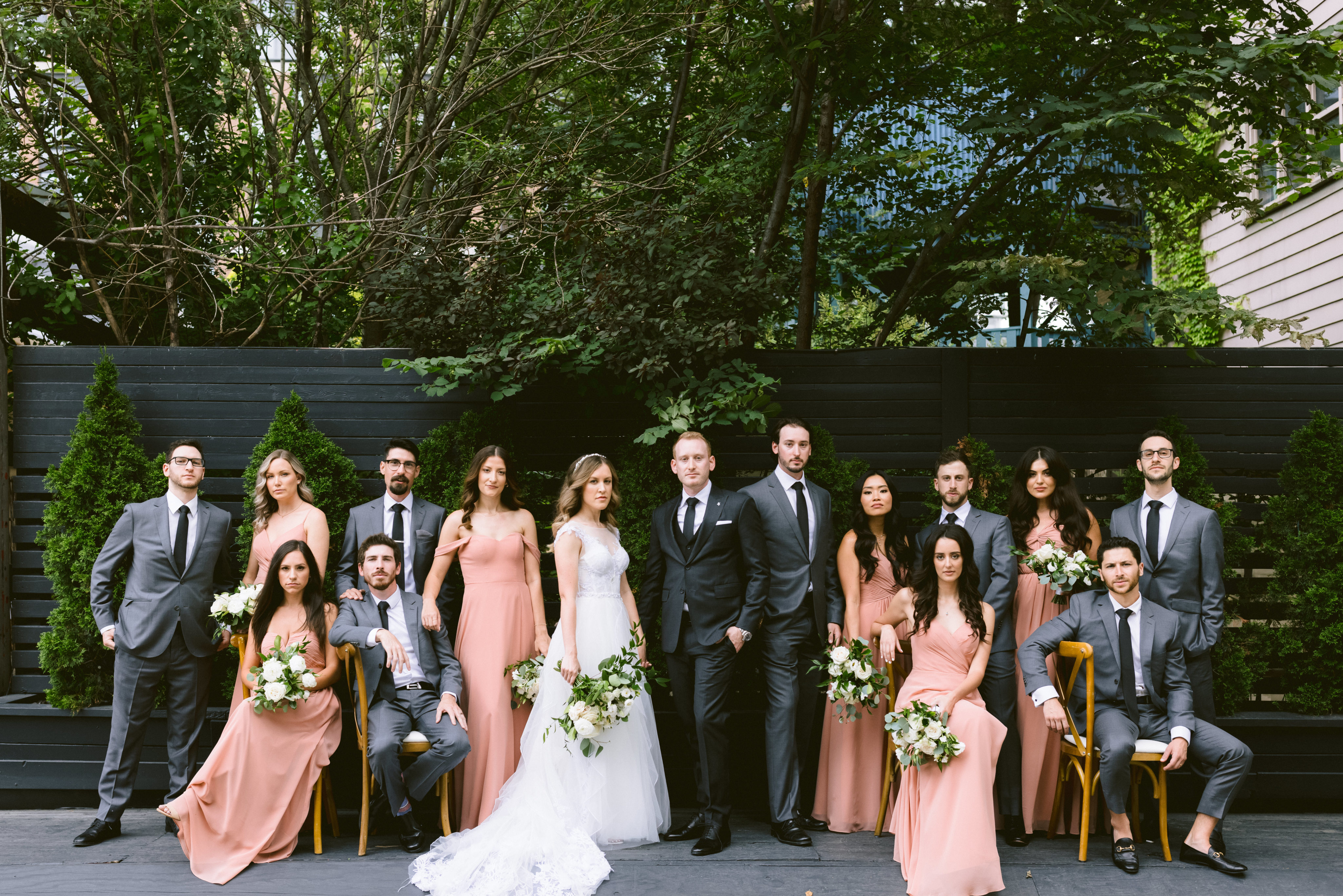 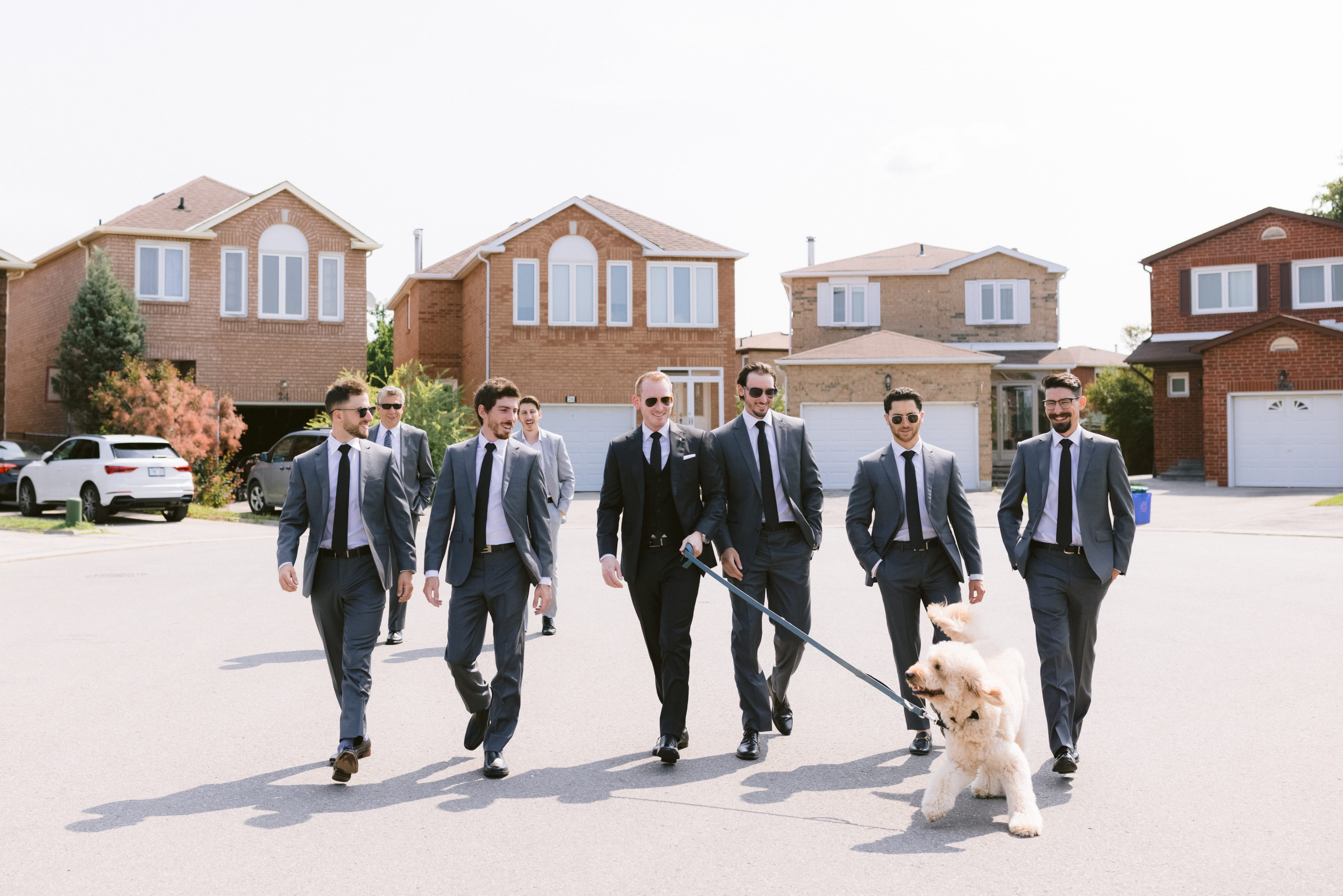