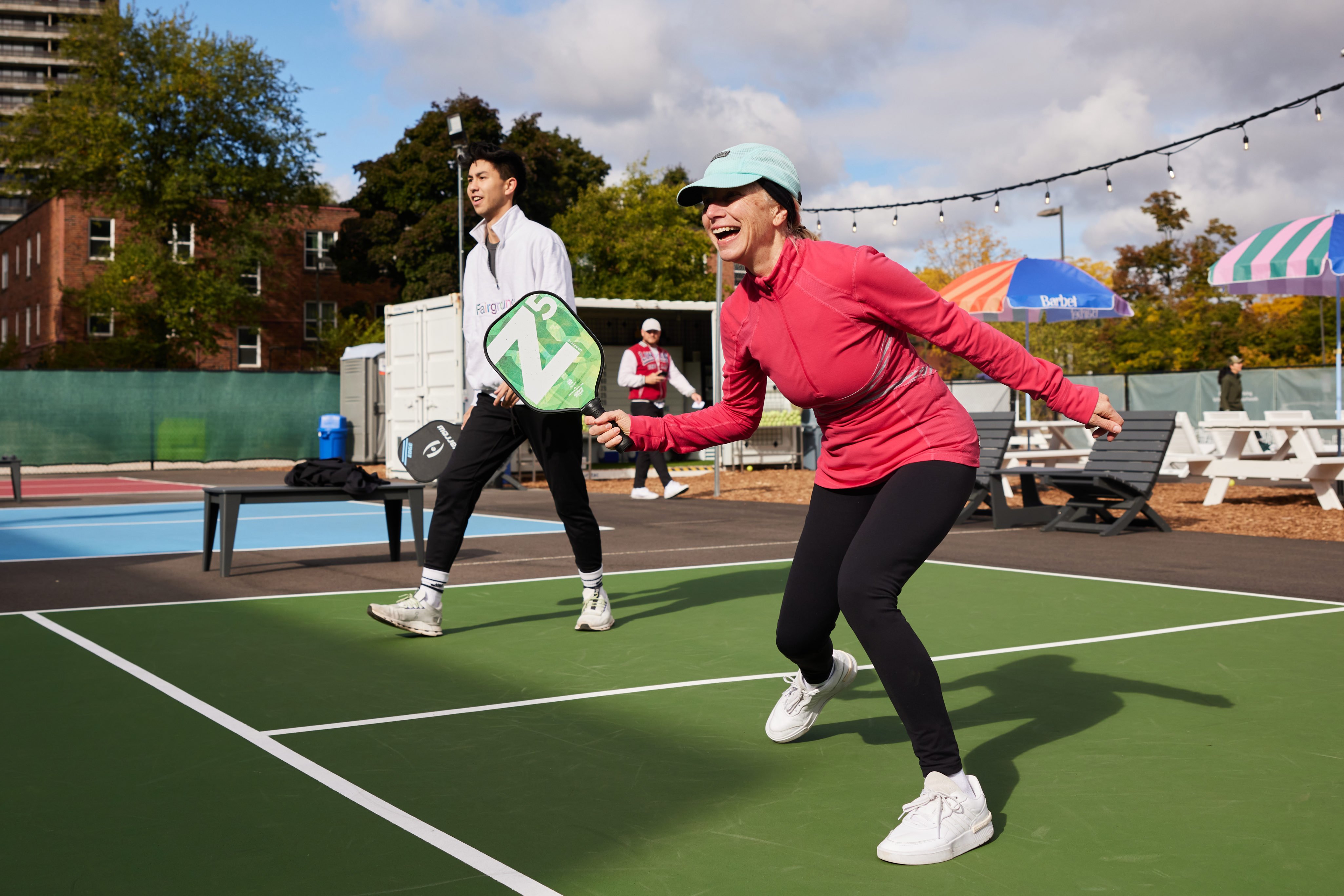 For the past decade, Torontonians have grown accustomed to the racket of construction at Yonge and Eglinton—jackhammers pounding concrete and cement mixers grumbling, among other eardrum-irritating cacophony. But, lately, passersby have been exposed to a different group of sounds—the clicks and clacks of pickleball, the squeaks of athletic shoes and occasional fits of laughter. These are coming from Fairgrounds, a pop-up racquet sport and social club consisting of five colourful pickleball courts.

The trendy sport is a lot like tennis, except it’s played on a smaller court, with short paddles and a wiffle ball. Sure, the name is a bit weird—an obscure reference to crew racing, actually—but pickleball is the fastest-growing sport in the world, in part because it’s easy to learn and suitable for players of all ages.

Fairgrounds is the brainchild of Drummond Munro—co-founder of the high-end pot shop Superette—and Matt Rubinoff, who started the container-filled marketplace Stackt. A few years ago, Munro, a long-time member at the Badminton and Racquet Club, got to thinking about how he could make racket sports more accessible for the average person. “Private racquet clubs do a lot of things right, but they’re also prone to outdated thinking,” he says. “We wanted to preserve the sense of community and social component while making it more democratic and inclusive.”

So he and Rubinoff decided to team up and create something a little bit different: a racket club where people could join for free and book a court on the cheap. They chose to start with a pickleball pop-up because of the sport’s rising popularity and widespread playability, with plans to add other racket sports like tennis and squash in the future. 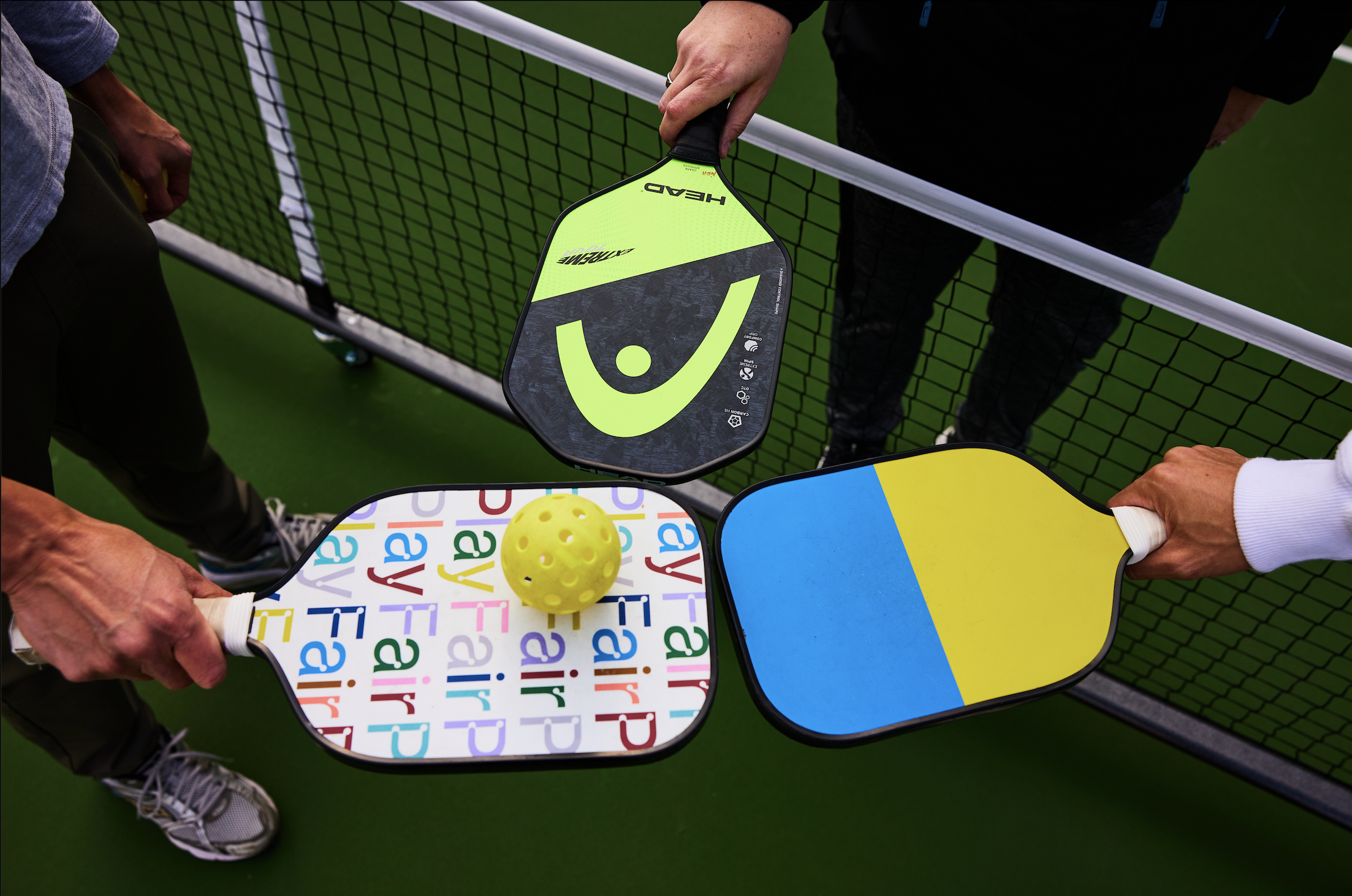 “At our first clinic, there was an eight-year-old and a 62-year-old,” says Munro. “A lot of these people may have never played a racquet sport, but they’re able to play a full pickleball game within five minutes.”

At Fairgrounds, there are no stuffy dress codes, long wait lists or exorbitant initiation or membership fees. Anyone can join on the website. It’s $10 per person to book a court for an hour. Tuesdays are totally free. There are pickleball clinics throughout the week for anyone who wants to learn how to play. And, for those who just want to watch, there are picnic tables courtside, and beer and food can be purchased on site. Munro and Rubinoff are even looking into ways to winterize the courts (maybe with a tent or bubble).

We hit the courts—dodging outstretched paddles, wayward balls and airborne beads of sweat—to interview some players. Here’s what they had to say. 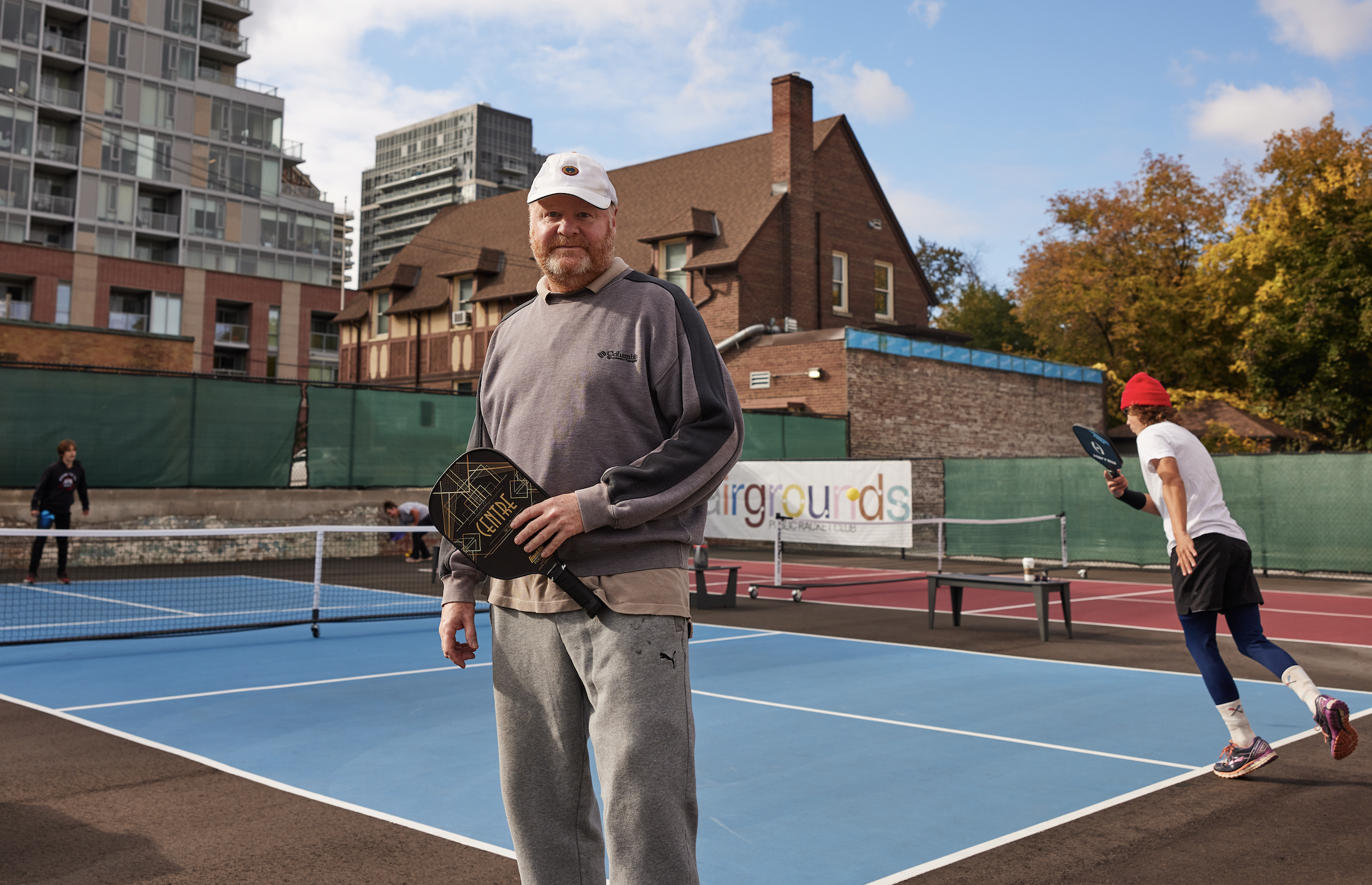 “These courts are gorgeous. The colour, the surface, everything is done beautifully. I’m out today with my son, Ian, and some people from his hockey team. I usually play other racquet sports at the Badminton and Racquet Club, but I started playing pickleball two years ago. I had torn my meniscus, but I found I was able to play without pain. I loved it immediately. My playing style is called a basher, when you just hit the ball hard, as opposed to the dink shots, which are for the better players.” 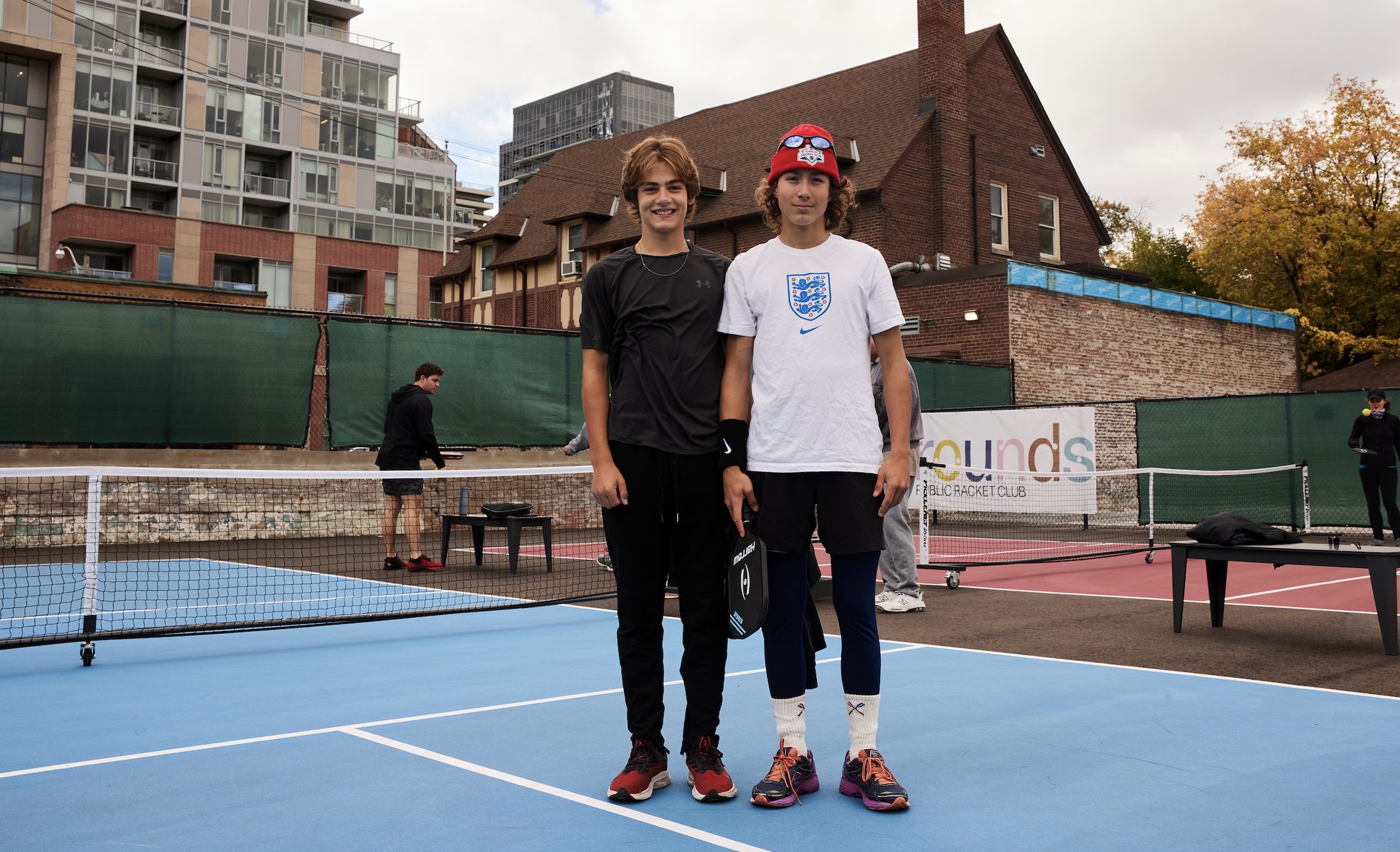 Sean: “I started playing pickleball this summer at my grandparent’s house in New Brunswick. It was hard at first, but I got the hang of it. I like playing with my uncle Chuck because he’s really good. He plays a lot. My style of play is somewhere between power and finesse. A tip for anyone starting out: you can hit the ball as hard as you want, as long as you give it a top spin.”

Ian: “I started playing four years ago at my aunt’s cottage on Lake Simcoe. She has a pickleball court there. My favourite person to play with is my mom—she’s not that good, but she’s always supportive and makes me feel better when I make mistakes. I try to move the ball around while maintaining my position. I never overcommit. If you’re just starting out, don’t get too upset when you make a mistake. Focus on the basics and keep having fun.” 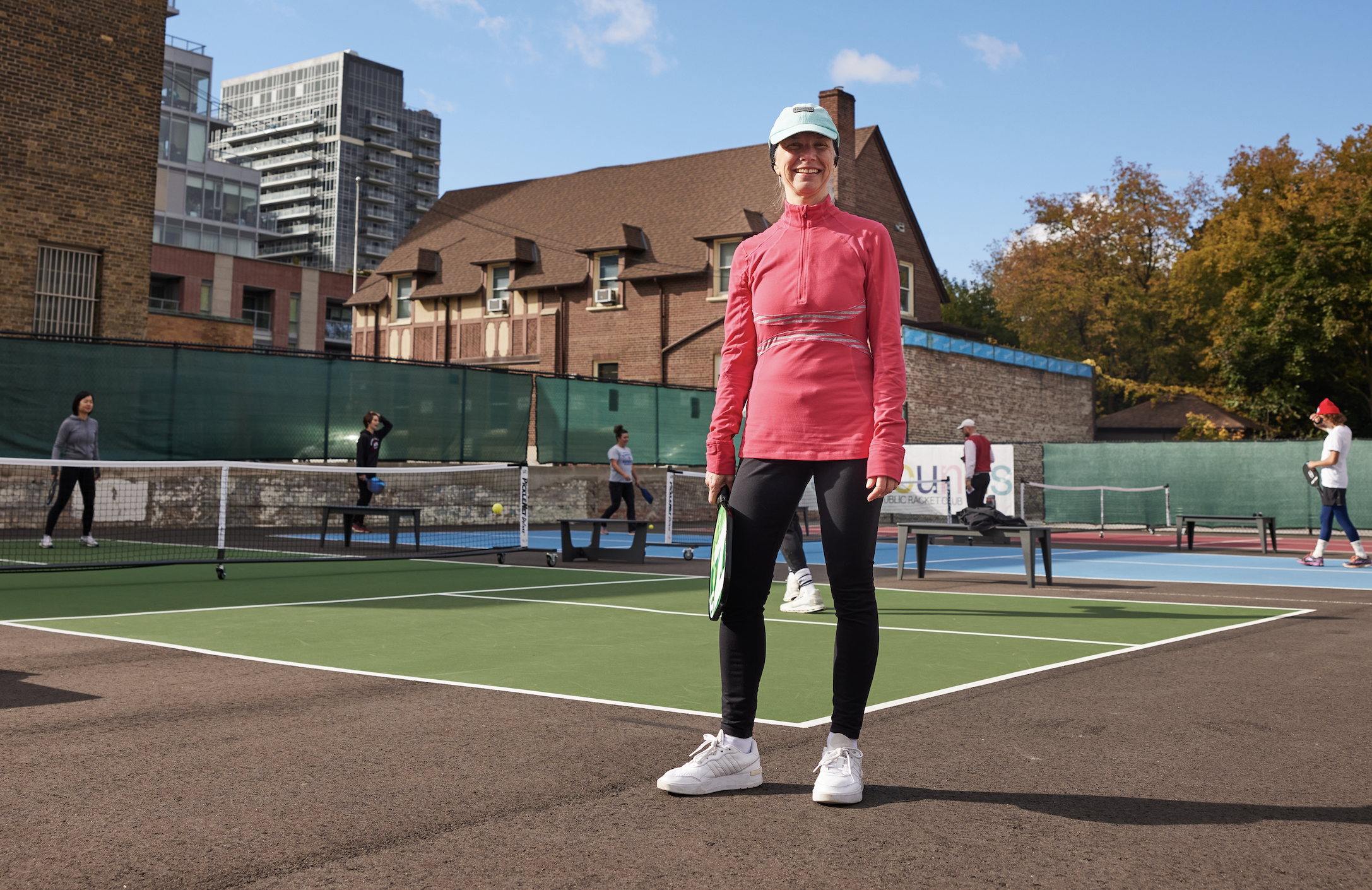 “I started playing pickleball in June. I had heard a lot about it, and I was looking for something fun to do sport-wise. I like to say that pickleball called to me and I answered. I take lessons at a place called Progress Pickleball, at Kennedy and the 401. It’s really easy to pick it up—the more you play, the better you get. The joy is in being able to play with a variety of people, young and old. I play with someone named Vivian, who’s 92—a fabulous player. Whenever I play, I try to have fun, challenge myself, keep the rally alive and laugh a lot. These courts are fantastic—the surface is great, and I love the fresh air. I wish there were more courts like this.” 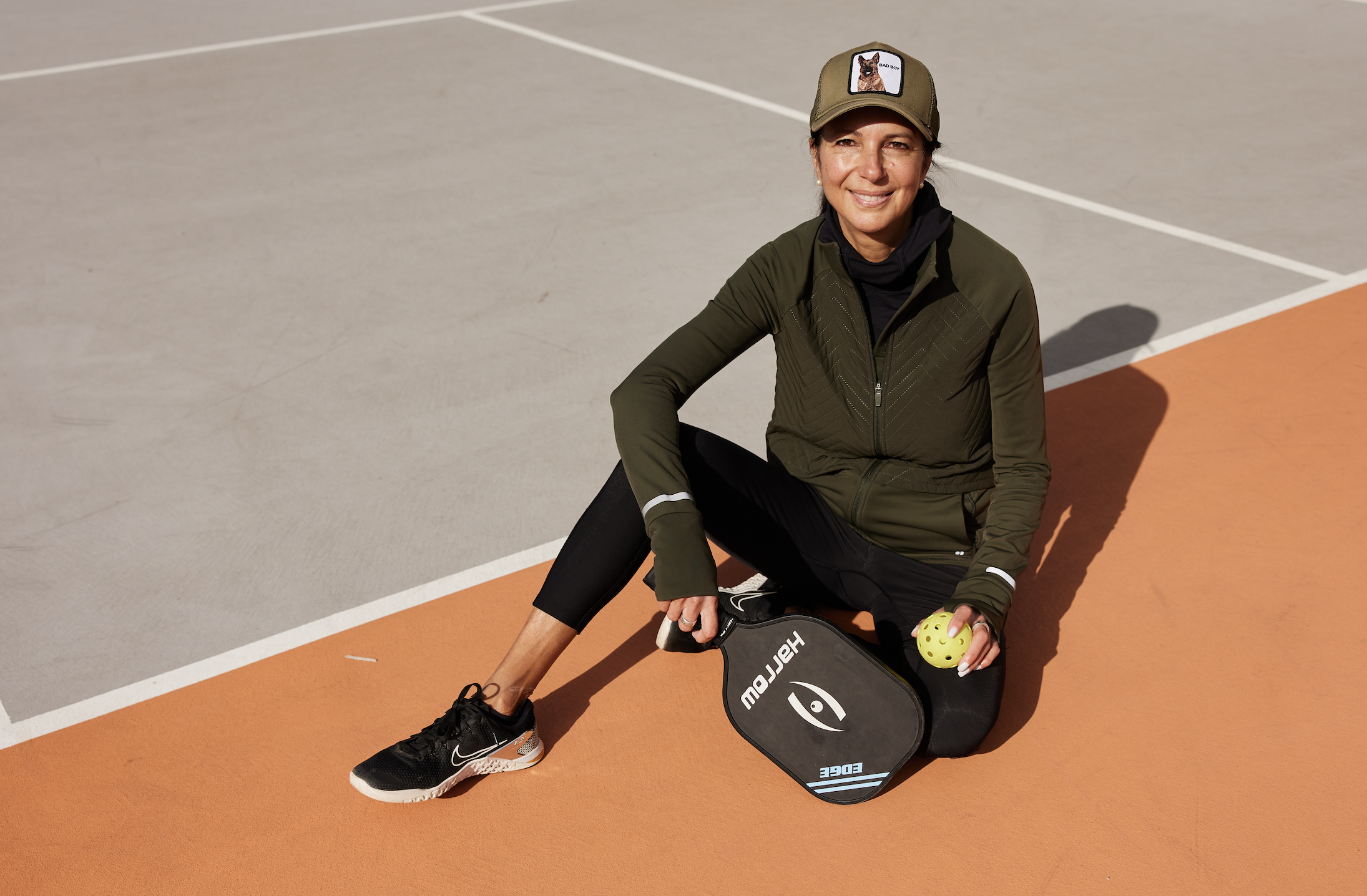 “I started playing three weeks ago. These courts are near my house, and I thought it would be a good way to meet people in the neighbourhood. I play with the people in my clinic. I’d love to play with my kids, but they don’t want to play with me. They say pickleball is for old people. I say, ‘No, all the people in my clinic are half my age. Come out and play.’ My style is slow and steady, consistent. I’ve only been playing a short while, but I’ve learned from watching other people. Patience is the key to winning. I think the courts are amazing. I hope they find a way to put a canopy over them for the winter.” 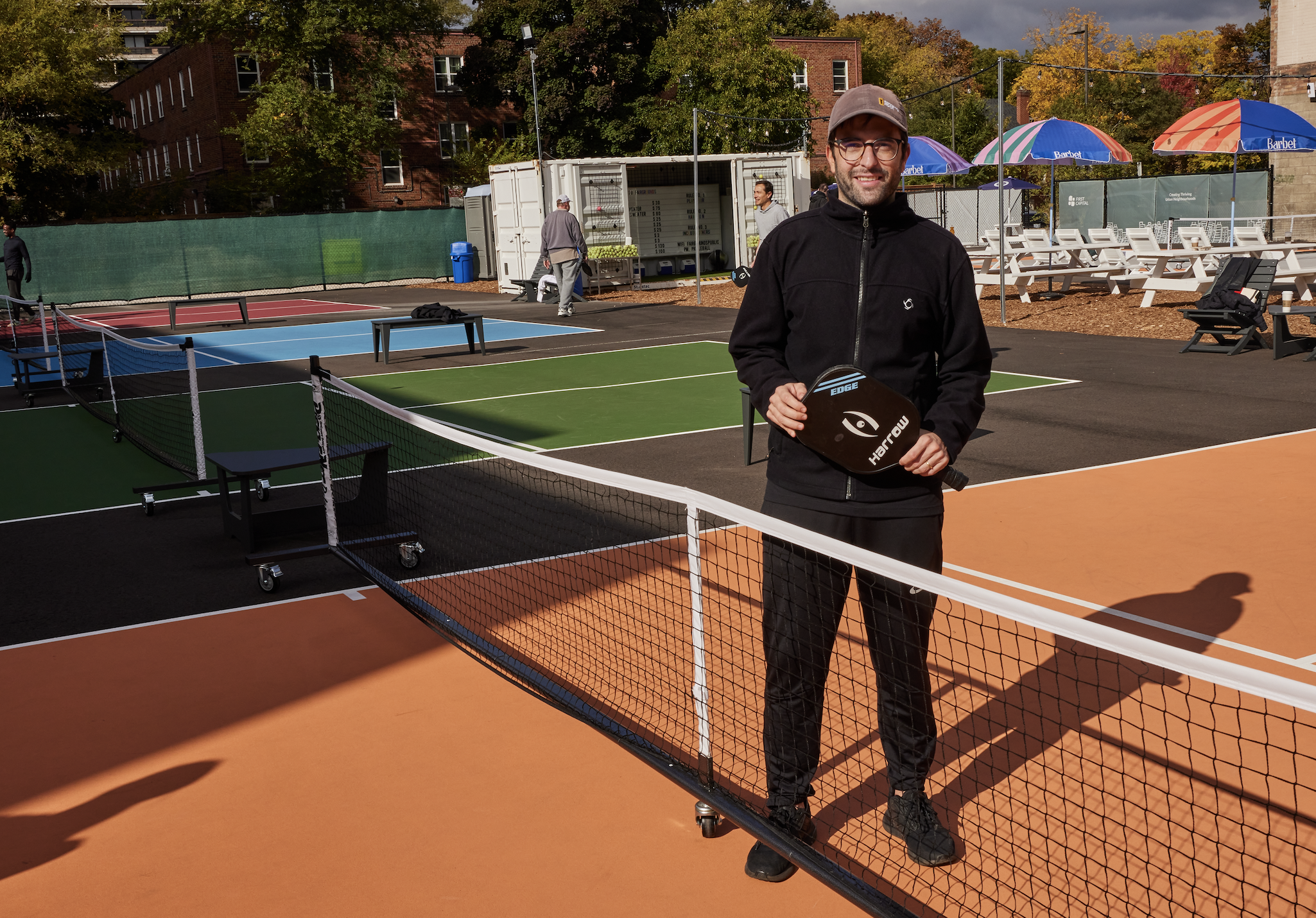 Alvaro Darquea, 32, master’s student at the Rotman School of Management

“I moved to Canada in the summer of 2021, for work and school. In my hometown in Chile, I used to play padel, a similar sport but with walls surrounding the court. This is my first time playing pickleball. I live close to here. I was walking by the courts and saw that it looked fun, so I wanted to give it a try. I came with my wife, Soledad, and some friends. They’ve never held a racquet before, but they were able to play. I like to put a spin on the ball, which makes it difficult for the opponent to return. I think the courts are good. The only problem is that they’re set up side-by-side, so there are always balls running onto our court. Otherwise, it’s a great spot.” 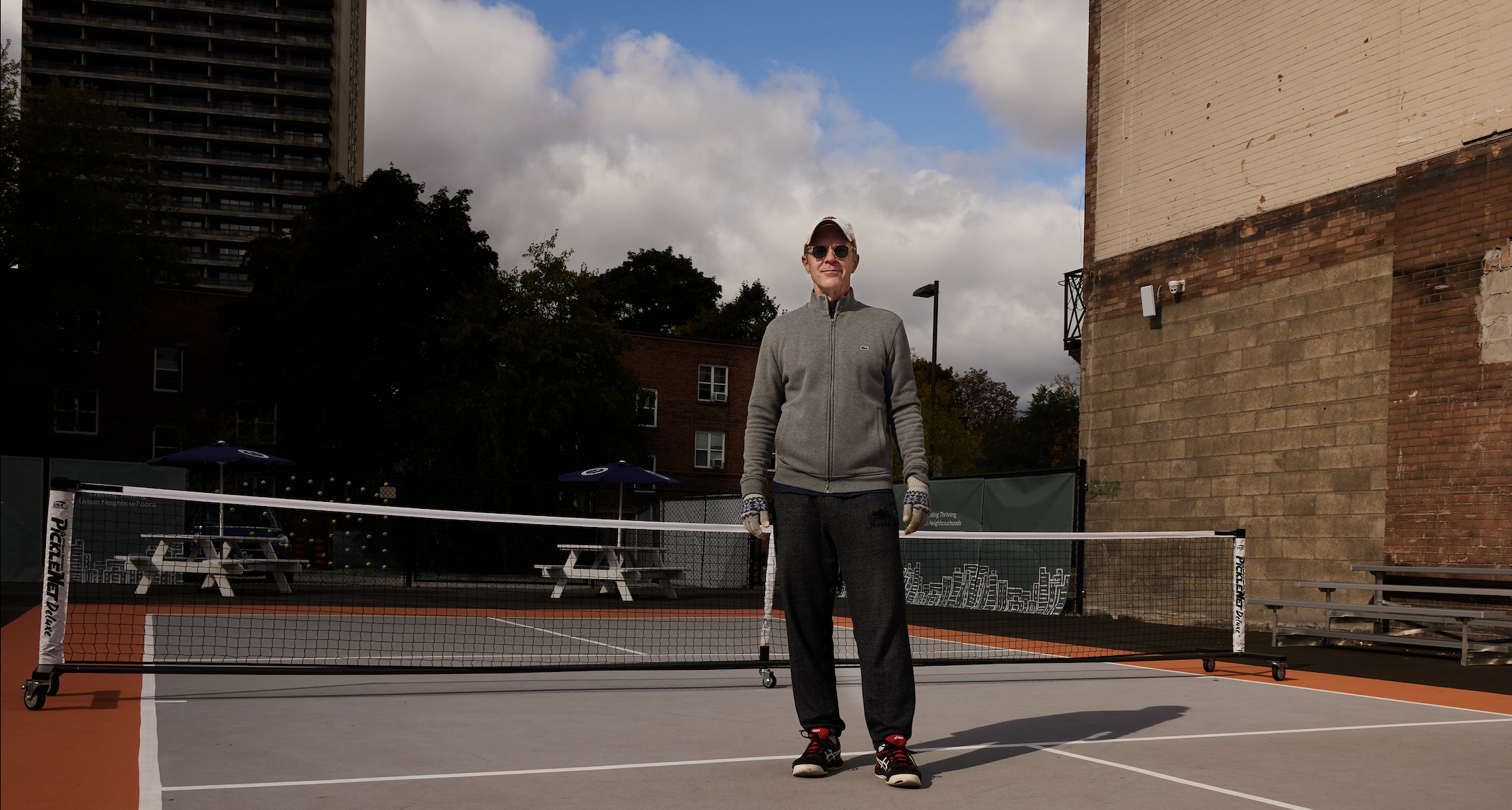 “I love this game. Once you start to play, it’s addictive. I picked it up about a year ago. Right away, I went, ‘Oh my god, this is fun.’ I’m a racquet player—I play tennis, squash and something called platform tennis. This was another game to add to the list. They’ve set up such a cool, innovative club here. It’s outdoors, at a beautiful facility, so I’m taking advantage of it. I’m playing with three of my brothers today. For anyone who wants to get started, there’s no time like the present. Come out, get the first game out of the way, and you’ll slowly start to play with more people. There are players at every level. It doesn’t matter how good you are—you can find a competitive and fun game.”