“The hospital is the most dangerous place for me to be”: How a woman with a compromised immune system is coping with coronavirus

“The hospital is the most dangerous place for me to be”: How a woman with a compromised immune system is coping with coronavirus 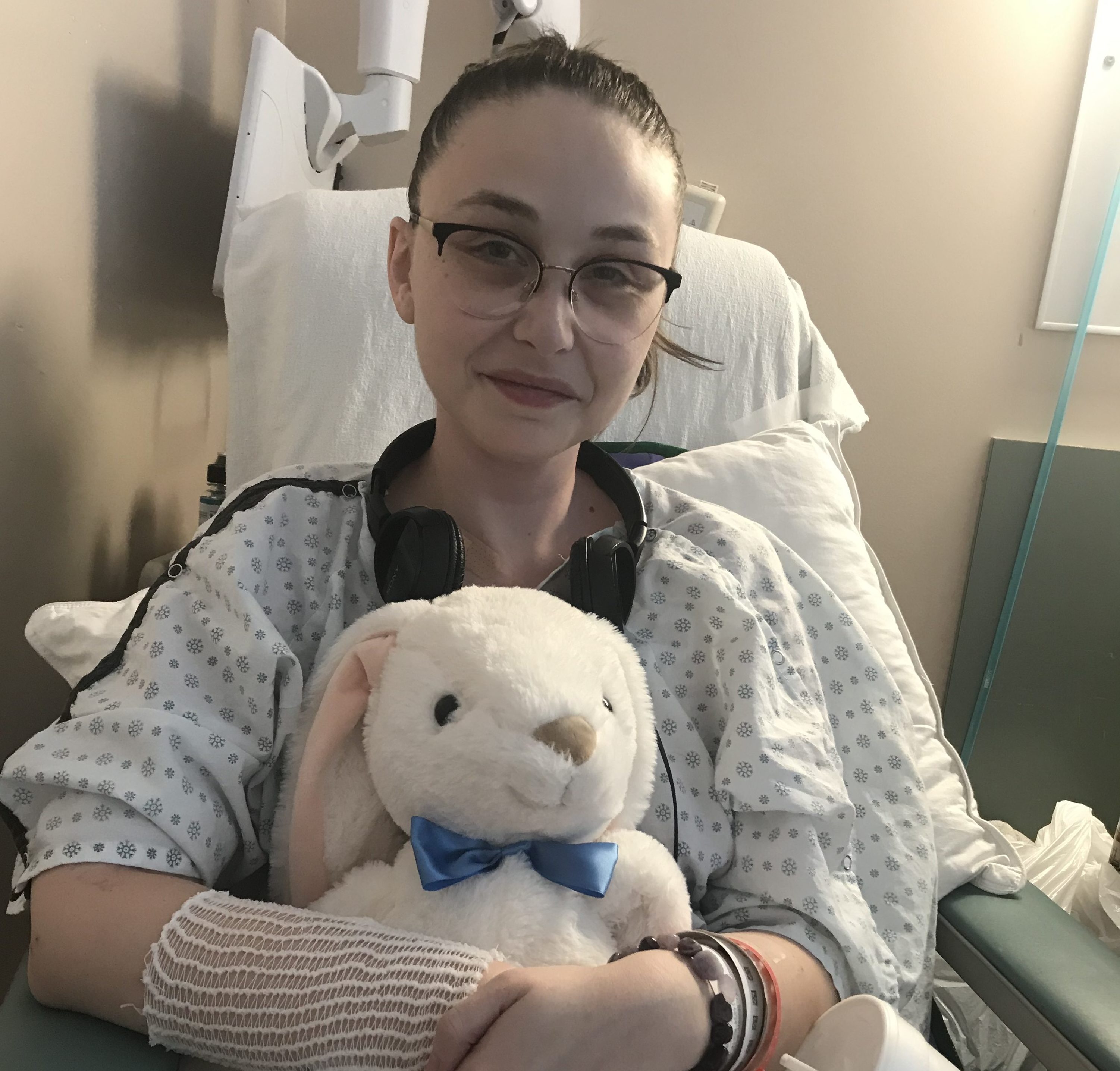 All my life I’ve lived with a genetic disorder called Ehlers-Danlos syndrome, which affects the connective tissue in my bones, skin, blood vessels and organs. I white-knuckle through life. The first symptom of my disease showed up when I was born and my belly button wouldn’t heal. Since then, I’ve had hundreds of dislocated joints. My body’s foundation is snaked with cracks, and my life has been far from easy: I have extreme chronic pain, nausea and constant fatigue, no matter how long I sleep.

On February 20, I woke up at 4 a.m.—my body always wakes me up early—and took my puppy out. Then I started vomiting, and my throat began to close. I was in anaphylaxis, as I had been many times before—it is often a complication of Ehlers-Danlos syndrome. My parents, who I live with, were asleep, and I couldn’t scream. I was losing consciousness and tried to throw things at their window to wake them up. It was my dog, who wouldn’t stop barking, who finally woke them up and saved my life.

I was rushed to the Collingwood General and Marine Hospital, not far from my home in Wasaga, where I was held in the ICU for three days. I was scared, but I’m always scared. On my third day in the ICU, I realized I couldn’t put any weight on my legs. They swelled and spasmed, and the pain was excruciating. I was transferred to a hospital in Barrie to get an MRI, and went into anaphylactic shock again while I was in the machine. It turned out I had a C2-T1 lesion on my spinal cord, which was paralyzing my legs: I was having an autoimmune reaction. Doctors decided I needed to be transferred to St. Michael’s Hospital in Toronto. They wanted to fly me by helicopter, but it happened to be foggy that day, so they put me in an ambulance and rushed me to the city, where coronavirus lay in wait.

The only thing that could save my life was a radical treatment called plasmapheresis, which essentially shuts down and reboots your immune system. Plasmapheresis separates the plasma from blood cells: hospital staff inserted a catheter into my jugular and hooked it up to a gigantic, intricate dialysis-type machine that whirred mysteriously beside me. They had to do it every other day, and I had five treatments. It was surreal—I was grateful that my legs, and my life, were being saved, but the treatment made me tired, light-headed. The nurses were diligent, my guardian angels, and I was never alone. But as the pandemic closed in, I had no immune system.

That’s when things got interesting. Because of the plasmapheresis, my legs started to work again—I woke up at four in the morning again, and they just worked. Four in the morning—it’s my hour. I will never forget the moment when I could move my legs again. I got a feeling in my legs; I wanted to stretch. I woke my mom up, and said, “Look, look.” She thought she was dreaming. “Oh my god,” she said. She sobbed, and started praying.

The next day, March 4, was the best day of my life: the Toronto doctors finally figured out why I kept going into anaphylactic shock. I had what’s called catamenial anaphylaxis, which is caused by my menstrual cycle. My mother had suspected it all along—every time I went into anaphylactic shock, every time I’ve been in the ICU, I just so happened, she realized, to have my period. They wanted to start me on a medication that could treat it, but it could only be administered in hospital. So now there was a game plan. I would be in Toronto for weeks, and I was excited about it.

Then, last Thursday, Covid-19 exploded and the world changed forever. All of my treatments, for all my ailments, were put on hold. Everything happened so quickly. On Thursday morning, the plan was for me to stay; a few hours later, they told me they had an ambulance booked to take me back to Collingwood at 6 p.m. They didn’t say it was because of the virus—they just said they were going to move my care to a hospital in a more isolated location. I found out earlier that day that someone who came to St. Michael’s had been sent home to self-quarantine. I think they were trying to get me out of Toronto, because I still had no immune system.

Collingwood wasn’t equipped to treat me—they don’t have an MRI machine, which I need to monitor my new drugs. Every time I’d need an MRI, I’d have to travel an hour each way to Barrie, and that’s so hard on my body. On Friday, I woke up to my family doctor standing over me. He said Collingwood’s hospital would be closing its doors to visitors come Monday because of Covid-19. He said, not so indelicately, that I needed to get the fuck out of there, because the hospital would be swarming with the virus by this time next week. This was unprecedented, he said, and soon, he expected to contract it too. A hospital was suddenly the most dangerous place on Earth for me to be.

Now I’m back at my parents’ house, self-isolating. My doctor communicates with me over video chat, and he gave me a three-month prescription stockpile of my medication. I needed a blood pressure cuff, a heart monitor, an O2 monitor, pills and other basic medical supplies. The pharmacy wouldn’t even let me in the door. They had to disinfect the surfaces of each prescription, before even handing them over to my parents, who had to wear gloves and masks. I have no idea when my immune system will come back online, and I don’t know what to do. I’m hunkered down in my parents’ basement, ordering everything I need from Amazon. They have to disinfect every package before it can enter the house. Both of my parents are on ODSP, which means they can self-quarantine, but it also means that none of us have the money to get through this. In the last few days, I’ve had to spend $500 on medication. One of my prescriptions, an anti-nauseant called Zofran, costs $6 per pill. My cousin’s girlfriend has started a GoFundMe page for me; we’re trying to raise $10,000 to see me through this apocalypse.

While I’m in quarantine, I’m working to ensure the muscles in my legs don’t atrophy. I can move them more and more every day. I know I’ll walk again, but I’m absolutely terrified, and I’m tired. My trust is in the hands of the rest of the world. I don’t have control over my body, or this deadly virus—all I can control is my mind, and my emotions. I used to be afraid and feel like a burden. But now, every minute, I live in pure awe of the fact that I’m even alive. Every morning I wake up grateful.