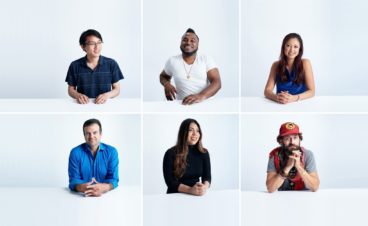 Cryptocurrency began as the transactional medium of the dark-web, black-market economy. Today, it seems like everyone knows someone who’s made (and lost) a fortune in digital trading. And the leading brands—Bitcoin, Ethereum, Monero—have gone mainstream. Meet six early-bird investors betting the good times won’t end 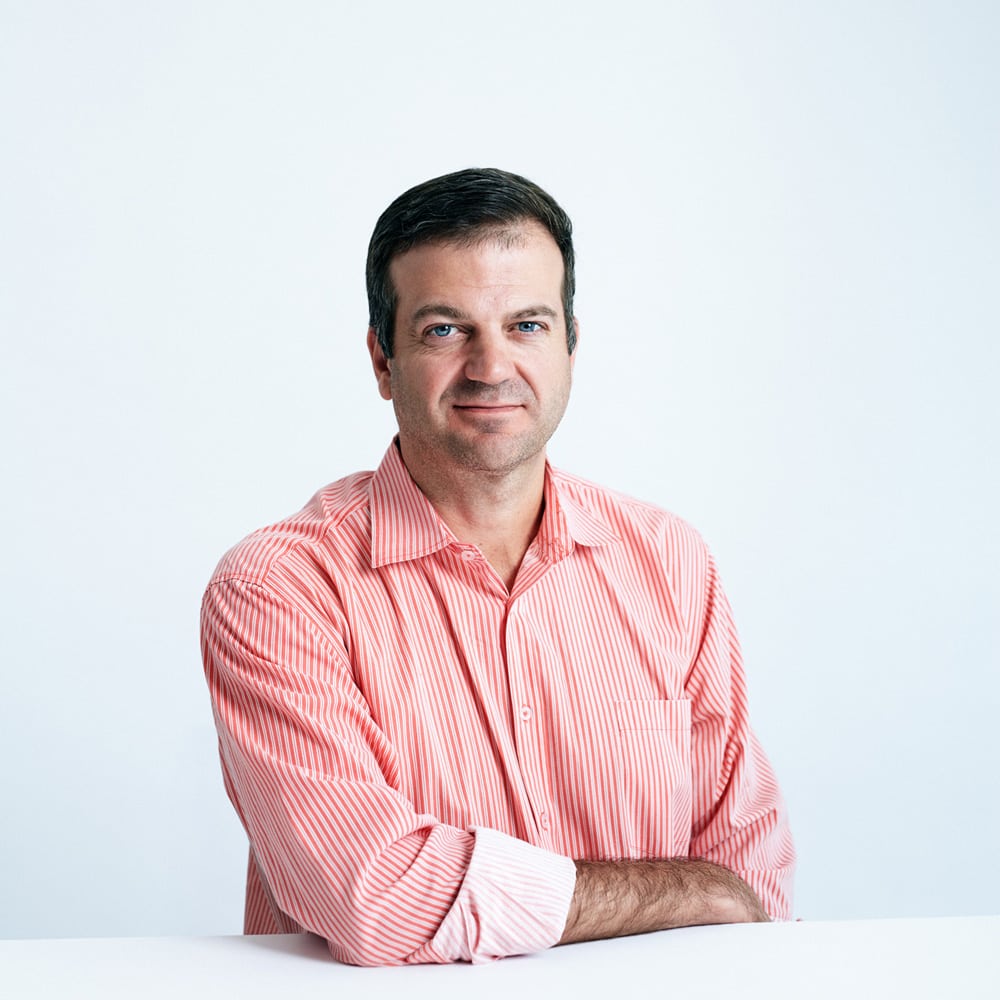 Occupation: Founder of a life insurance start-up
Cryptocurrency of choice: Bitcoin
How much he’s invested: “More than $1 million”
Best day: “The day I sold my condo for $445,000 in Bitcoin”
Worst day: “June 24, 2018, when Bitcoin lost 20 per cent of its value”
Investing motto: “Buy low, sell high”

The backstory: As a high-risk derivatives trader on Wall Street throughout his 30s and a life insurance employee after that, Derryn Shrosbree was accustomed to the stress of taking leaps of faith. Financial ventures today feel comparatively risk free, he says. That includes dabbling in crypto­currency, as Shrosbree has done since 2013. He credits his daredevil nature to family: his grandmother liked to tell him, “If you don’t take risks, you’ll never drink champagne.”

Getting in: Shrosbree’s initial Bitcoin investment was worth $1,000. By February 2017, its value had grown tenfold. By then, he had traded various cryptocurrencies, including Ethereum, Monero and Dash, to grow his portfolio. A month later, he listed his one-bedroom condo in Mississauga for around 35 Bitcoin. Someone accepted and handed over $445,000 worth of the stuff. Within weeks, the currency plummeted, and Shrosbree lost more than $100,000.

What’s next: He was rattled by the drop and assumed that he’d sustain a major loss. But ­Shrosbree was otherwise financially secure and was willing to ride out ­Bitcoin’s fluctuations. Eventually, the currency bounced back, and he broke even. His next pursuit is a life insurance start-up that runs on crypto­currency and blockchain—the technology that underpins Bitcoin—and sidesteps institutional fees, in theory making life insurance more affordable. 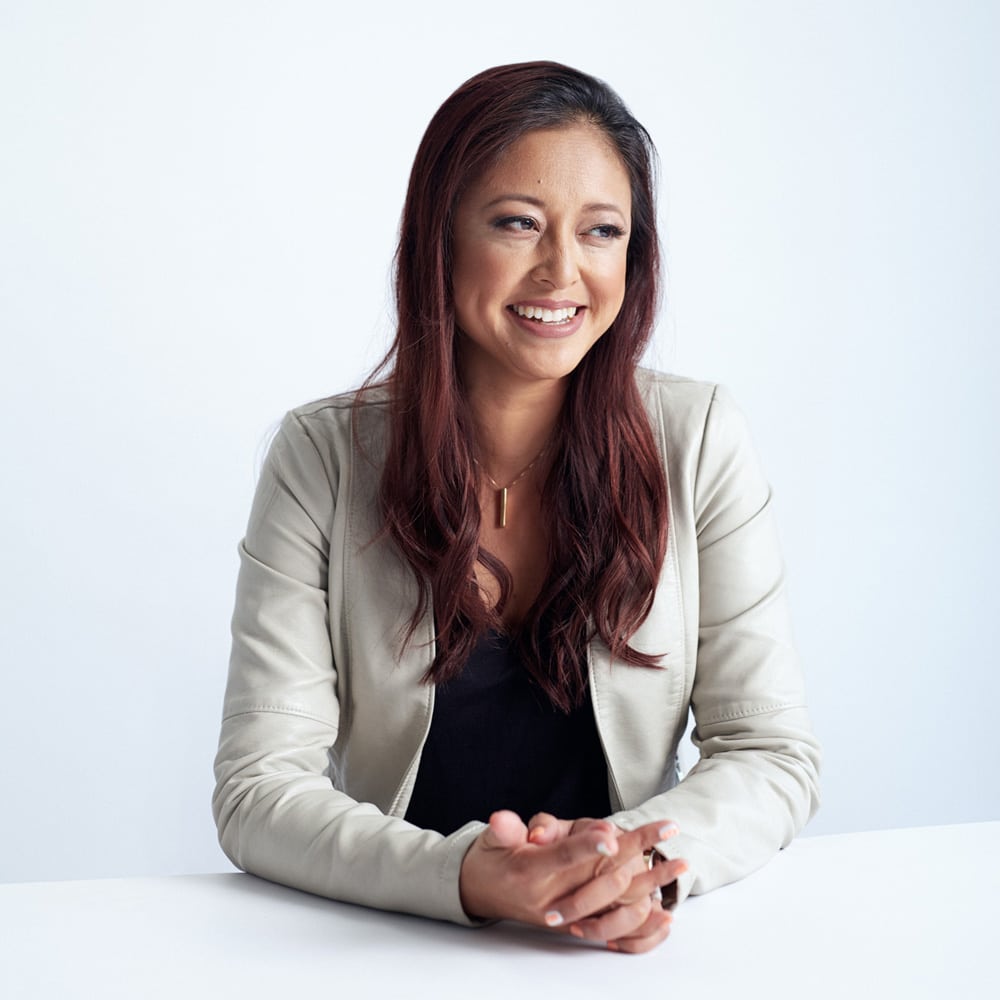 Occupation: Communications director
Cryptocurrency of choice: “I don’t like to play favourites”
How much she’s traded: “A few thousand dollars”
Best day: “I don’t know. I don’t check every day, to avoid overreacting”
Worst day: “The same! I’m in it for the long run”
Motto: “Look for value, do your research”

The backstory: Anne Gaviola worked at CTV, the Weather Network and BNN before ending up at CBC as a business reporter and producer. Then, one day last summer, she did a story about Bitcoin. In the days that followed, she couldn’t stop thinking about the topic. At work, ­Gaviola found herself returning to the subject of crypto­currency for story after story. She was fascinated by the way they worked and intrigued by the opportunities they represented.

Getting in: Gaviola viewed cryptocurrency as a way to help residents of the Philippines, her country of birth. Approximately 20 per cent of its 100 million ­residents live below the poverty line, and 66 ­million have no access to bank accounts. Yet, says Gaviola, mobile phone use there is widespread, and that’s all it takes to access cryptocurrency. She saw the chance for Filipinos to access new financial tools, build businesses, create wealth and improve their lives.

What’s next: Last January, Gaviola met with a recruiter from Decentral, a Toronto-based company developing a crypto­currency wallet—an encrypted piece of software that enables people to safely accumulate, trade and spend digital currencies. A week later, she was hired. She has been trading, albeit modestly, ever since. “I knew that this decision would mean saying goodbye to journalism, probably forever,” she says, “but I haven’t looked back.” 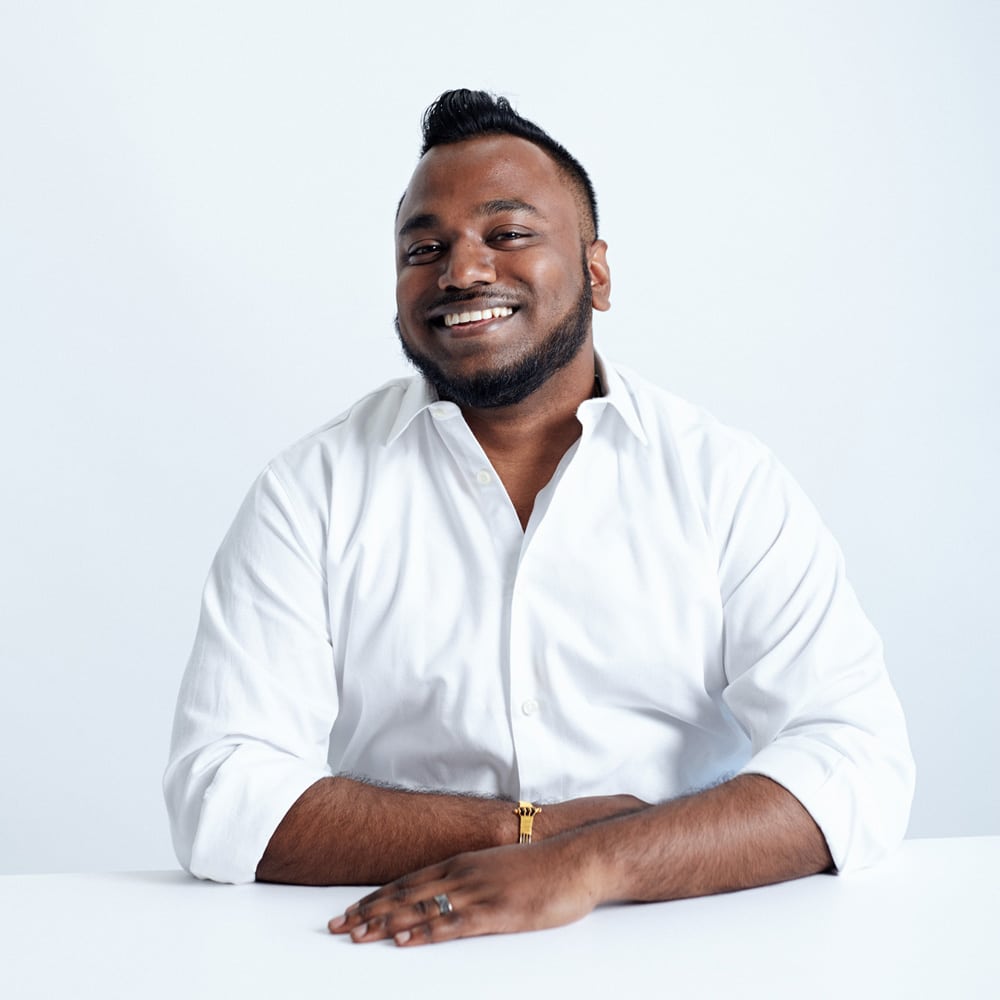 Occupation: Cryptocurrency trader and blogger
Cryptocurrencies of choice: Ethereum, VeChain
How much he’s invested: “A fair bit”
Best day: “January 6, 2018, when Bitcoin reached $17,100”
Worst day: “The end of January, when it dropped to $10,000”
Investing motto: “Get in early”

The backstory: Vakeesan Mahalingam started training to be a day trader when he was 18, as part of his mock trading club. After getting his economics degree, he was hired at CI Investments. Eventually, he was promoted to trader and, after becoming a CFA, was overseeing $2 billion in transactions a year. He was living well—he bought a downtown condo—but work had become a grind, and he felt stifled. His wife, Savie, was in a similar rut. They both wanted to travel the world.

Getting in: In 2017, some friends, all former traditional finance guys, told Mahalingam they’d begun seeing significant gains from their crypto-investments. He took a close look. Eventually, he was sold, not just for profit potential but also as a remedy for his restlessness. “All you need is a Wi-Fi connection and a laptop, and you can literally make money from anywhere in the world,” he says. He bought $5,000 worth of cryptocurrency and has watched its value rise.

Whats next: In cryptocurrency, Mahalingam saw the potential to address his wanderlust and make money. He began charting Bitcoin’s growth, acquainting himself with lesser-known varieties and writing for a blog called ­Cryptovest during his off-hours at CI Investments. Mahalingam and his wife are still in Toronto, but they plan to be on a beach in Thailand in the near future. Then probably Bali, Hong Kong, Japan and Berlin—and then, well, wherever they want. 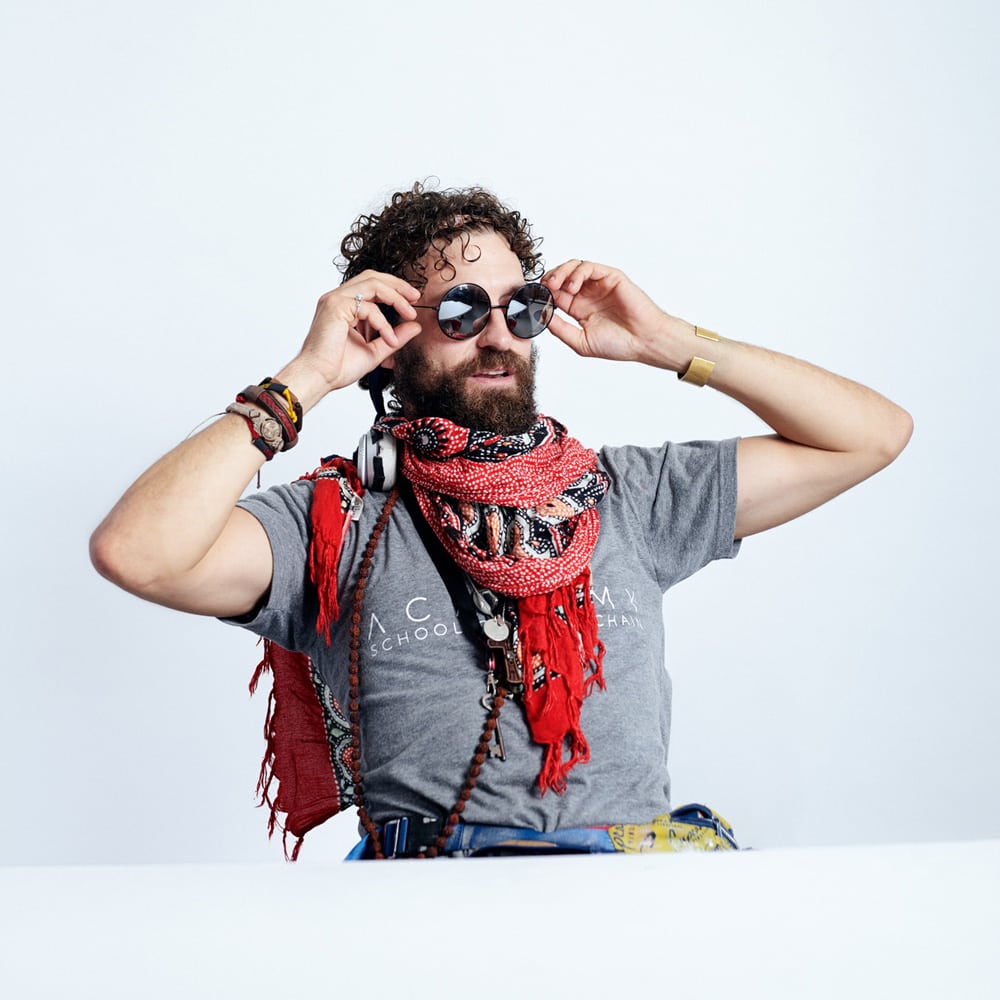 The backstory: Kyle Kemper was raised in a liberal environment: his mother is Margaret Trudeau, and his half-brother is named Justin (Dad is a German real estate magnate named Fried Kemper). After studying commerce at Dalhousie, he entered the working world—tech, venture capital—brimming with revolutionary ideals. Eventually, he says, he realized that the rich were just getting richer. He quit and worked as a server, making custom iPhone cases on the side.

Getting in: In 2013, a customer offered to pay him half a Bitcoin—around $65—for one of his designs. He’d never traded in Bitcoin before, but he accepted anyway. Later, he began to research blockchain and the various new digital currencies, and found his calling. Cryptocurrency, he says now, is a truly “inclusive” medium of exchange—one that circumvents banks, money managers and the “old boys’ clubs” that keep wealth in the hands of the few.

What’s next: Today, Kemper is the executive director of the Blockchain Association of Canada, a lobby group that represents the nascent cryptocurrency industry. He’s spoken before parliamentary and Senate committees. “They want to know how to regulate it,” he says, “and I’m telling them you can’t—period.” He thinks his brother the prime minister will one day see blockchain’s true potential but says he has never lobbied him directly for the cause. 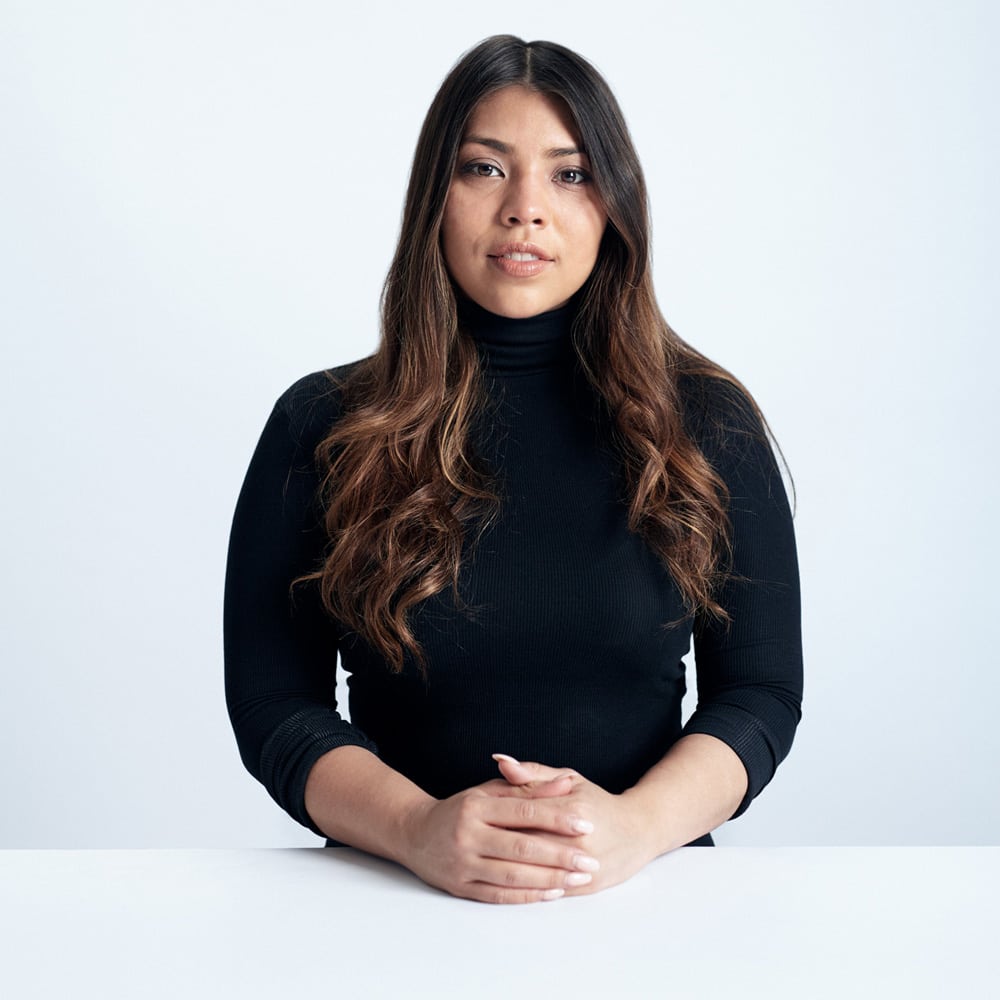 Occupation: Financial analyst
Cryptocurrencies of choice: Bitcoin, Ethereum
How much she’s invested: “So far, around $1,000”
Best day: “Mid-August 2017, when Bitcoin grew to more than $4,000”
Worst day: “January 7, 2018, when Bitcoin began its descent to below $9,500”
Investing motto: “Invest only what you’re willing to lose”

The backstory: Kathleen Ponce first heard about crypto­currency as a commerce student at Ryerson two years ago: she needed a textbook, but the online retailer selling it accepted only Bitcoin. Ponce set up a digital wallet, trawled an online exchange, bought around $45 worth of Bitcoin and purchased the book. Then she got curious: what had she just bought? She was stunned to learn that Bitcoin had grown some 16,000 per cent since she’d started at Ryerson in 2012.

Getting in: After graduating in July 2017, Ponce bought $300 worth of Bitcoin, as an experiment, just to see if it would eventually appreciate enough to cover the rent on her $1,000 student apartment downtown. Then, as cryptocurrency started getting more mainstream attention, the value soared, and so did her investment. Within three months, she had almost enough for her rent. She was thrilled. She cashed out and handed the proceeds to her landlord.

Whats next: Today, Ponce is a financial analyst for a downtown credit rating agency called DBRS. She invests at most a few hundred dollars at a time. She last bought Bitcoin in January, when it was at a record high, and then watched as it plummeted, quickly losing half of its value. But she suppressed the urge to get out, and she’s thankful‚ since Bitcoin has since grown by $2,500. She plans to divest once she has enough for a down payment on a house or an apartment. 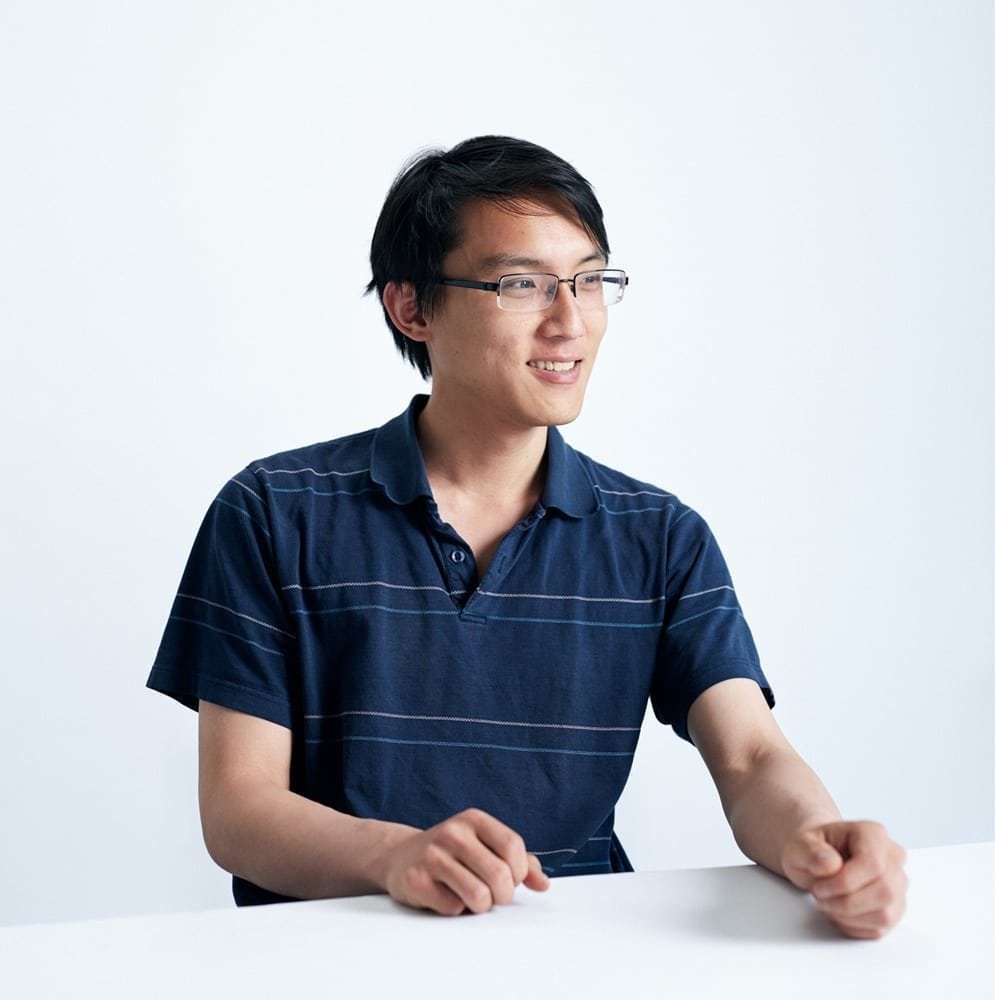 The backstory: In the summer of 2013, Jerry Qian was working as a sales rep for an energy company when he read a news report about Silk Road, the notorious dark-web marketplace where users bought and sold drugs, guns and other illicit ­materials using Bitcoin. The FBI had shut down Silk Road, which prompted the currency to lose about a quarter of its value. Qian had no formal training in investing or trading, but he saw an opportunity to buy low.

Getting in: After graduating from McMaster with a BSc in 2013, Qian bought $40 worth of Bitcoin, mostly out of curiosity. He watched it go bust when the main exchange, Mt. Gox, which Qian traded on, was either hacked or defrauded—Qian still isn’t sure which. But he wasn’t put off; he found the experience fun. He decided to try again and invested a few hundred dollars in late 2014. When that appreciated quickly, he decided to focus his trading entirely on cryptocurrency.

What’s next: So far, Qian has invested roughly $4,000 and has lost a good chunk of it. While he once dabbled in Ethereum, Monero and Dash, he now exclusively uses ­Bitcoin Cash—a derivative of Bitcoin launched last year. He’s also a technical adviser for a blockchain-based video game platform and founder of Bitcoin Bay, an organization that arranges meet-ups for Toronto’s crypto-­enthusiasts, who gather downtown over drinks every two weeks.

This story originally appeared in the September 2018 issue of Toronto Life magazine. To subscribe, for just $29.95 a year, click here.