Six new condos are going up on Dupont, between Spadina and Ossington, a few blocks from my house. Once a bustling industrial strip, it’s now home to abandoned factories, body shops and gas stations. I’m glad it will fill up with people, storefronts, coffee shops, life, but not all of my neighbours share my enthusiasm. Many of them fear the new population will create nightmarish traffic. They worry about cars zooming down quiet residential streets. They’re also concerned about how the city’s aging infrastructure will cope.

Will the local daycares and schools have spots for all the new Dupont condo babies? Can the already packed subway handle more bodies at rush hour?

When I walk along the Dupont strip now and see the giant billboards promoting the gleaming new condos, I ­half-wonder: should I buy one for my kids? I know nothing about real estate investment, I’m not handy, and managing a second property would be daunting. More significantly, my kids are still in elementary school. Lord only knows who they’ll be in 10 or 15 years, what they’ll be doing or where they’ll want to live.

The one thing I know for sure is that barring a lottery win or a complete economic collapse, it’s unlikely they will be able to buy property in Toronto when they grow up. Toronto Life recently published an online roundup of what $1 million gets you, property-wise, in the GTA. Short answer: not much. For the last decade or so, many young Torontonians—the ones who aren’t lucky enough to have a trust fund waiting for them at 18—have adjusted to the fact that home ownership is out of reach. That’s why the condo market is so heated: you can still buy something for $500,000 if you’re willing to live in a tiny box in the sky. For many Torontonians, that’s a better alternative than renting, which itself has become prohibitive. The average rent for a one-bedroom in Toronto is now close to $2,000 a month. That’s 11 per cent higher than in 2016. Maybe my kids won’t be able to rent here either.

Increasingly, the only sensible option is for multiple generations to live together under one roof. According to StatsCan, almost 50 per cent of millennials in the GTA live with their parents. A decade or two ago, young people who had graduated from college were reluctant to admit they were living with Mom and Dad. It was embarrassing, a sign of defeat. We used to call it “failure to launch.” Now it’s become a sign of economic responsibility and good judgment.

Last summer, researchers at the University of Waterloo surveyed 721 young adults in the Toronto area who were living at home to find out why they hadn’t moved out. Unsurprisingly, 80 per cent cited economic reasons and 42 per cent specifically said they couldn’t afford rent. But a lot of them also said that they weren’t moving out because their parents simply didn’t expect them to. Why not live rent-free with people who love you and cook for you? In many cultures, kids don’t move out until they get married. 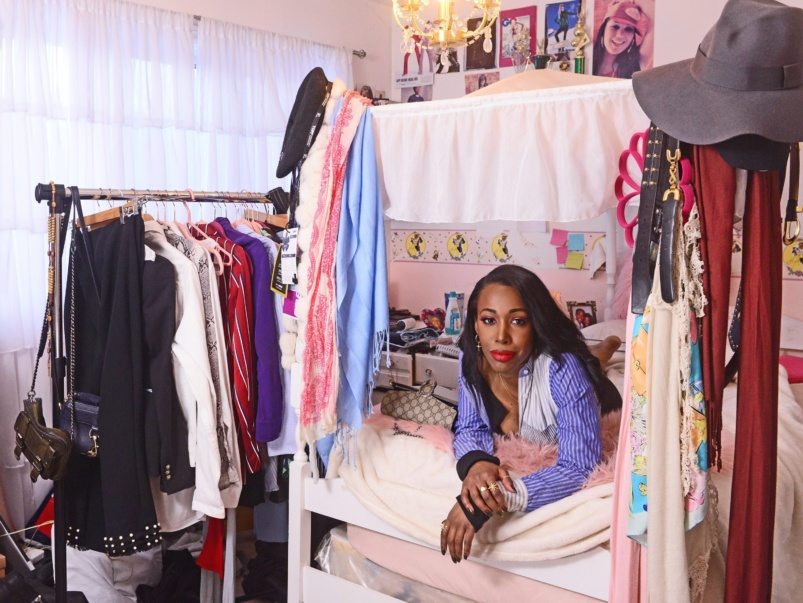 The perks and pitfalls of living with Mom and Dad

Multi-generational living has its pros and cons. In “Home Sweet Home,” five young people describe what it feels like to be back in their childhood bedrooms. Some are paying off debt, others are saving up, some don’t ever plan on moving out—they’ll stay until their parents die and they inherit the house. They all share the conviction that their situation is both prudent and entirely normal. It’s also the way of the future.