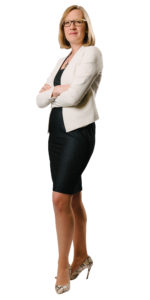 Election interference used to mean vote-stealing and ballot-stuffing. That’s not what we’re talking about here, right?
No. And because we still have a paper ballot system, our system is safe. We’re talking about the influence campaign via disinformation that comes before election day. Essentially, foreign adversaries pose as local people on social media and agitate about a local issue in an attempt to divide Canadians and destabilize
our democracy.

Which is the greater threat—China or Russia?
They’re different. Russia is interested in sowing discord; China is more specific in its objectives and is probably playing a longer game.

We know the Russians favoured Trump over Clinton. Do they have a preference between Trudeau, Scheer and Singh?
No. None of our party leaders is specifically pro-Russia or pro-China.

You made your concerns known to the decision makers at the various social media platforms. Facebook’s response was, in your words, “paternalistic.” Care to elaborate?
Twitter and Google, too. They all told me about the good things they’re doing and basically patted me on the head. But they’re not addressing the problems. To do so, they would have to truly examine what it is they do, and that’s difficult because of the way they’ve monetized our data.

If you had five minutes with Mark Zuckerberg, what would you say?
A lot. The first thing would be, “You’ve already set community standards with regard to hate speech and illegal content. Why not enforce them?”

I imagine the answer must be at least partly cost. Hiring hundreds of people to constantly monitor posts is expensive.
Yes, I think it’s all about finances. Look at Google. The revenue from political ads on YouTube in Canada wasn’t worth the investment cost of creating an ad registry, so they banned those ads instead.

Why not just slap down some regulations to force them to co-operate?
Regulation is coming. Not imminently, but it’s coming.

Your other ministerial responsibility is electoral reform, which happens to have been the subject of your undergrad thesis at McGill. What was your mark?
Oh gosh. Probably an A. I didn’t get a lot of A-minuses.

Before university, you spent a year in Mexico working in an orphanage. What led you there?
I’d applied to be a page in Parliament, but I got rejected and wasn’t sure what to do. My mom told me to travel. I wanted to go somewhere Spanish-speaking, and I ended up in Mexico.

You speak Spanish?
French and German, too.

Two weeks after arriving in Mexico, you met your future husband, Alberto, in a bar in Puebla. Who approached whom?
Actually, his friend approached mine. Then Alberto and I started talking and he invited me to the movies. We saw a Bolivian film called American Visa, which I didn’t understand at all. We started dating. That was nearly 14 years ago.

You made headlines last year when you nursed your son, Oliver, who’s now one, in the House of Commons during question period. Was that a practical matter or were you trying to make a statement?
It’s funny—I’d been doing that for six weeks, but it wasn’t until I was in the ParlVU camera frame that anyone noticed. Suddenly I was going viral on Twitter. But I didn’t mind the message: that a young woman can have a family and a high-powered job.

Did the Prime Minister send you a baby shower gift?
No, actually! But my female cabinet colleagues threw me a shower and got me a change table.

Election night will be doubly stressful for you—keeping one eye on your results and the other on Putin. Where will you watch?
At the pub with my volunteers in Burlington. As for the security, we have civil servants manning what’s called the critical incident public protocol, so that won’t be on me. Election night is stressful enough.