When Rail Deck Park was unexpectedly announced last fall, it seemed too good to be true. The city’s initial proposal, endorsed by Mayor John Tory, was to build decking over the downtown rail corridor south of Front Street, and then use the resulting 21 acres of new street-level land to accommodate a massive urban park. Shortly afterward, a group of condo developers came forward with an astonishing claim: that they owned the air rights above the tracks. They intend to build condos there, instead.

The condo developers have now submitted an alternative rail deck proposal, plunging the entire park project into turmoil. Meanwhile, the city is still charging ahead with its original plan. At a meeting this week at city hall, members of the public had an opportunity to see what the city has in mind. We spoke to some attendees about what they would like to see built over the rail corridor. Here’s what they said. 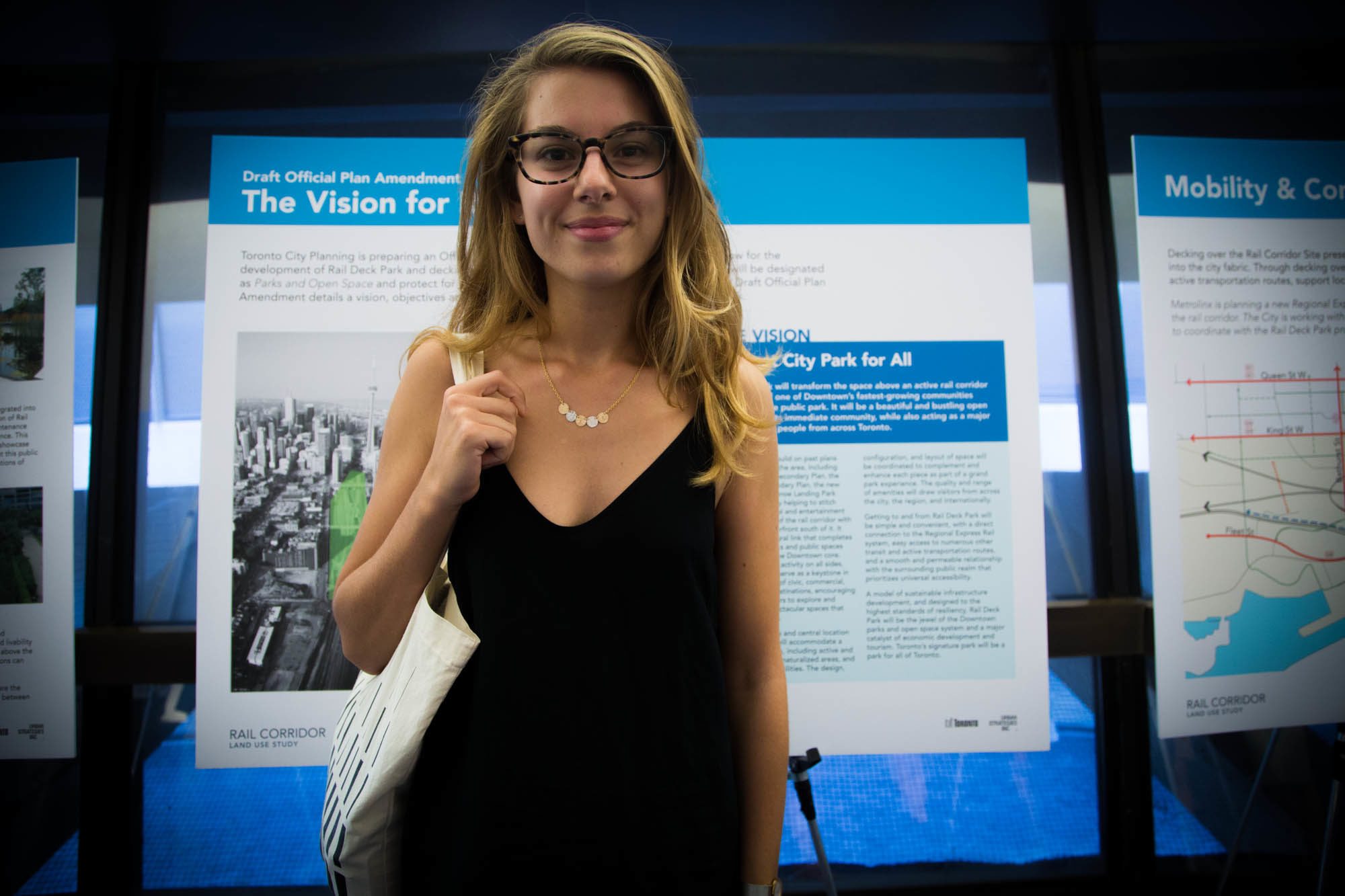 22, student from Sheppard and Yonge

“One of the things Toronto as a city lacks is a lot of dedicated public space that isn’t so commercial, and that can be used all year round, instead of just the summer. I think one of the great things about this proposed park is the fact that it has the opportunity to be solely for green space. It’s one of the last places downtown for such a large green space, so I think it would be great without condos. That’s what I’d like to see.” 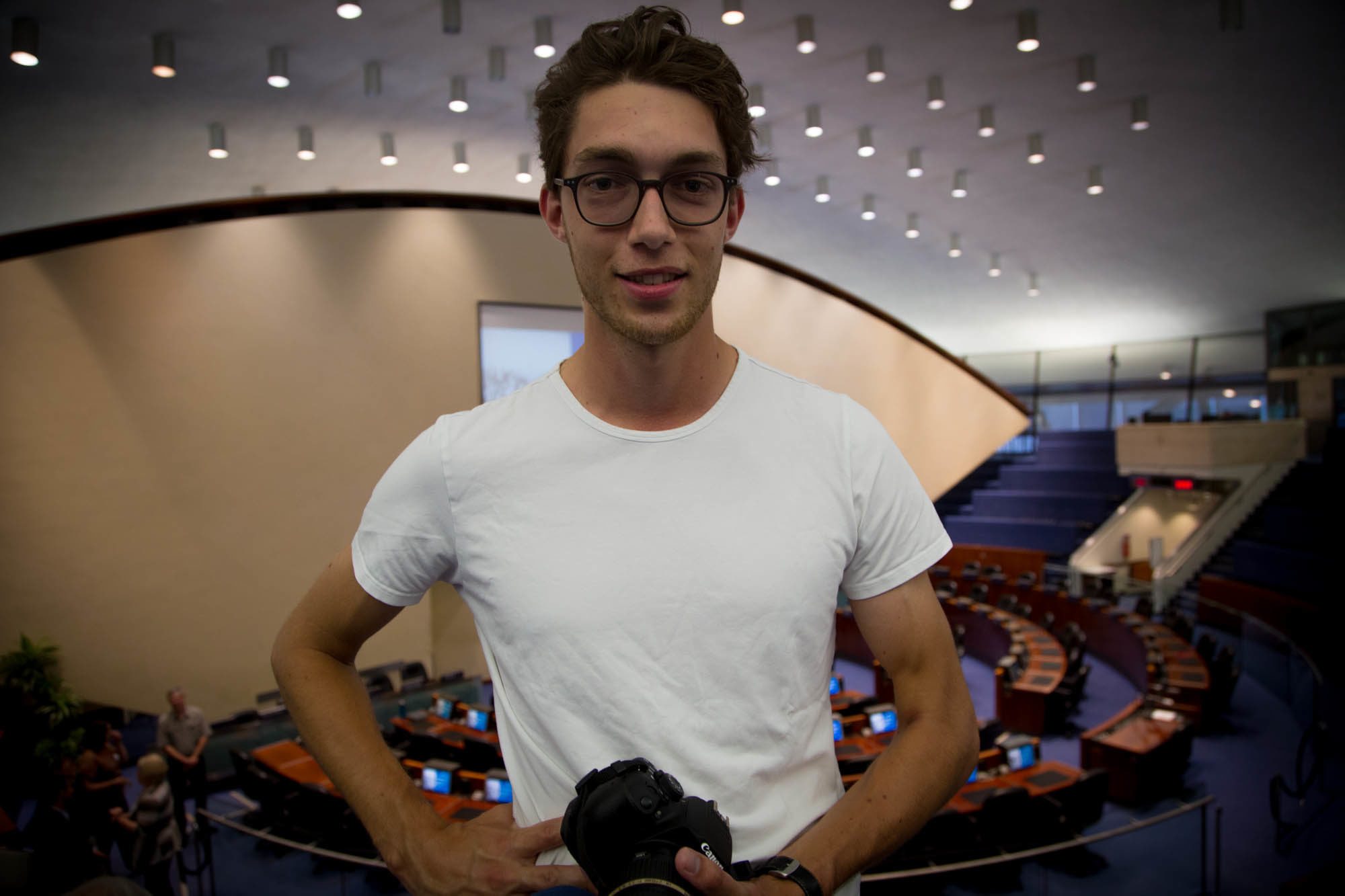 “I think they should definitely build some condos, because they have this great view over Toronto. It’s a wonderful thing. On the other hand, they will be these very expensive condos for the lucky few.” 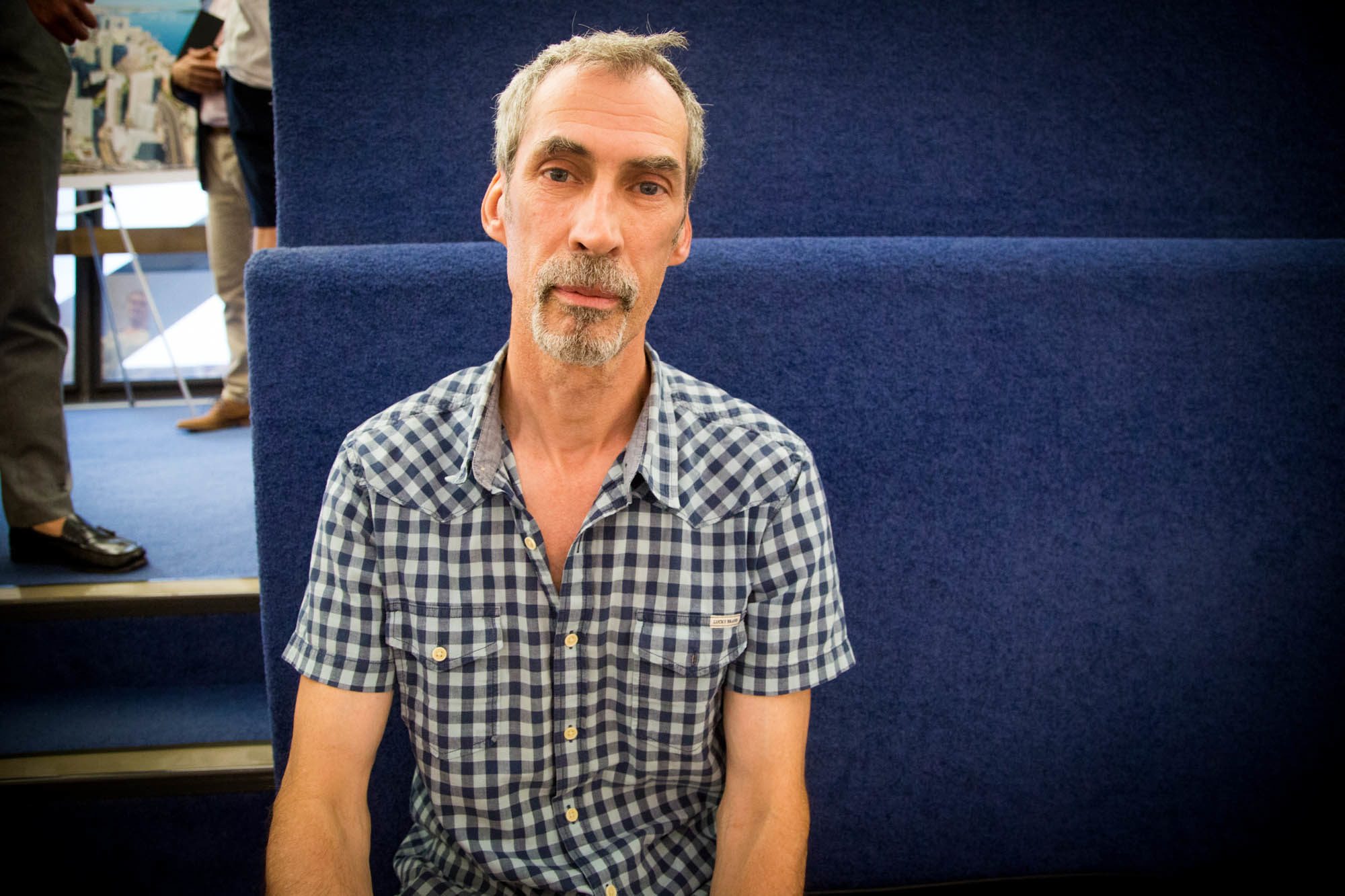 “Green space is essential to downtown. As it stands now, the density’s getting higher and higher with no place to go. If you were to throw in another few condos you’d be taking away from everything else.” 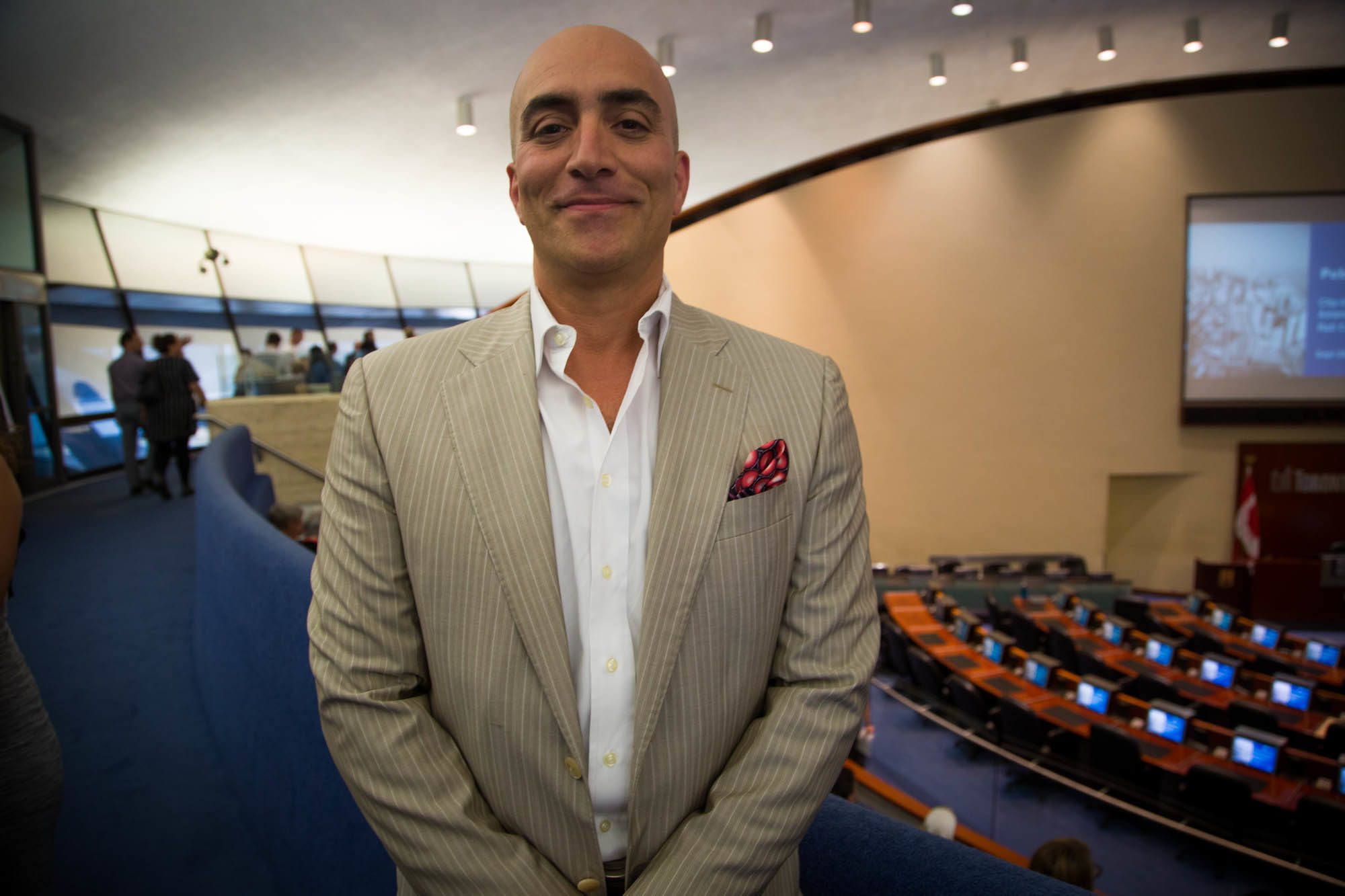 “I want to see a mix of residential, commercial and parks, because I think we’re a growing urban city that’s becoming more and more of a world class city. People want to live where they work, so I think we need more living space downtown.” 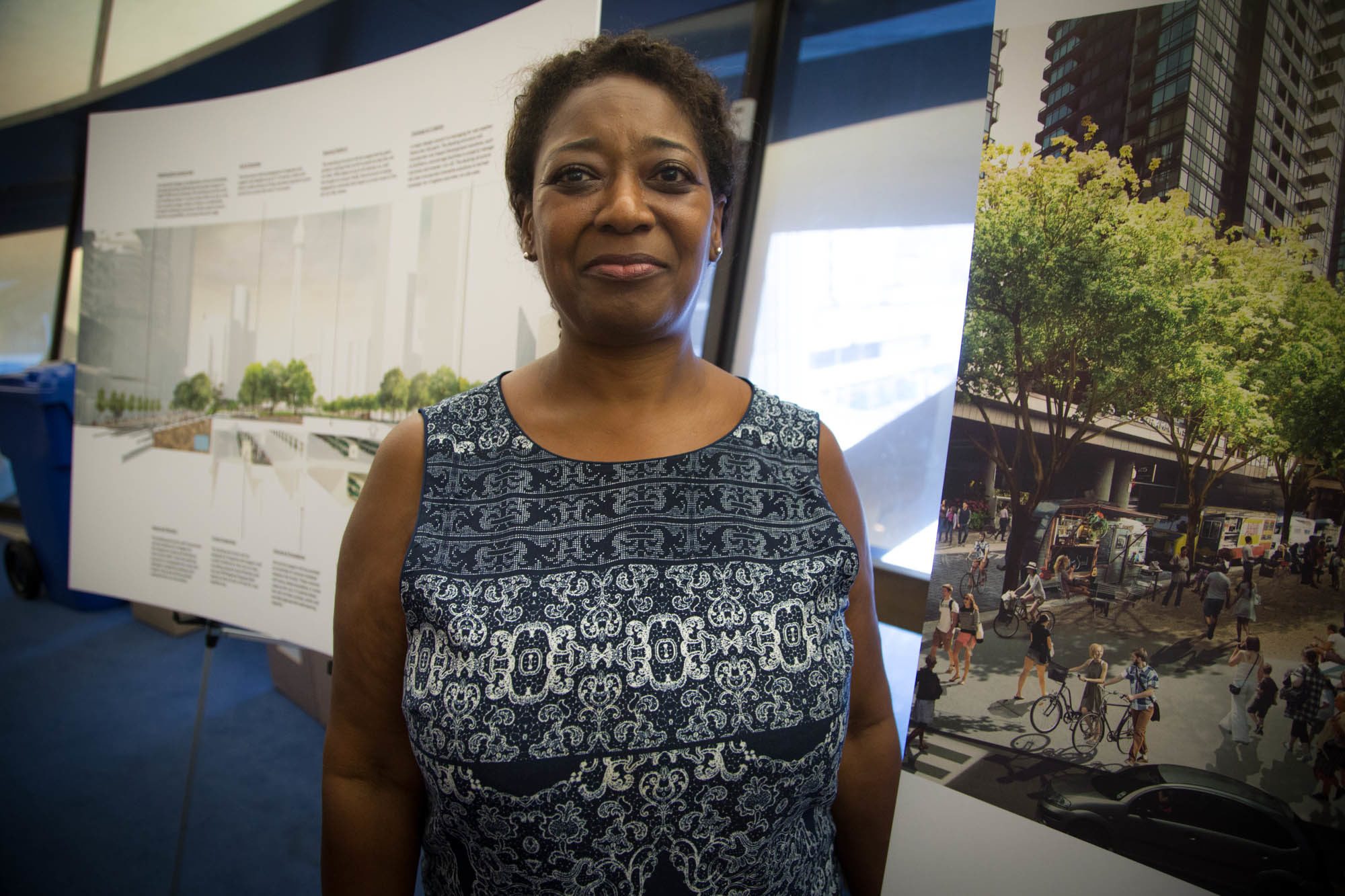 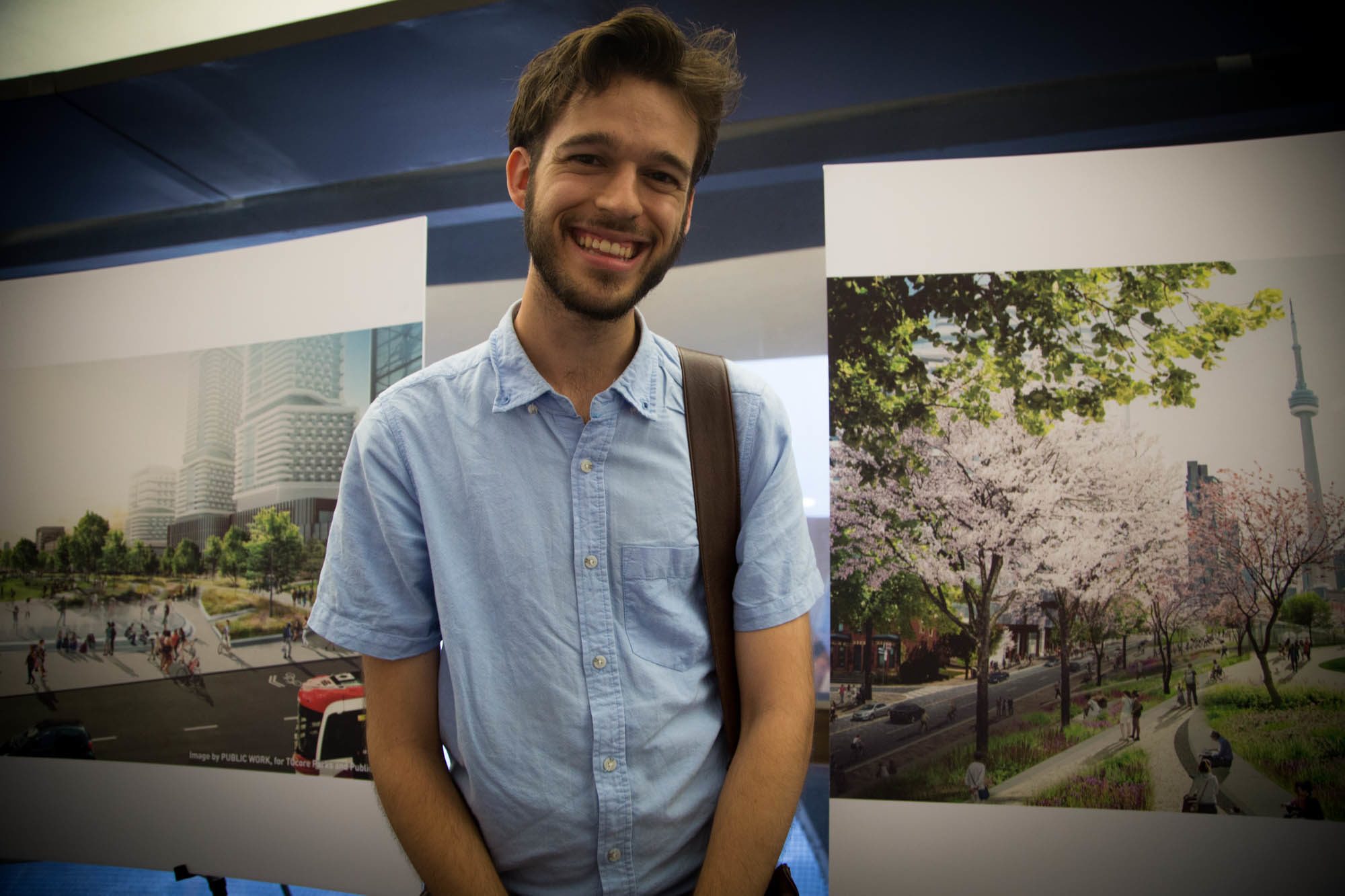 “I’d want a mix of parks and exhibit space and programming. It would be important to the cultural life of downtown if we had space for festivals. I don’t think there should be condos.” 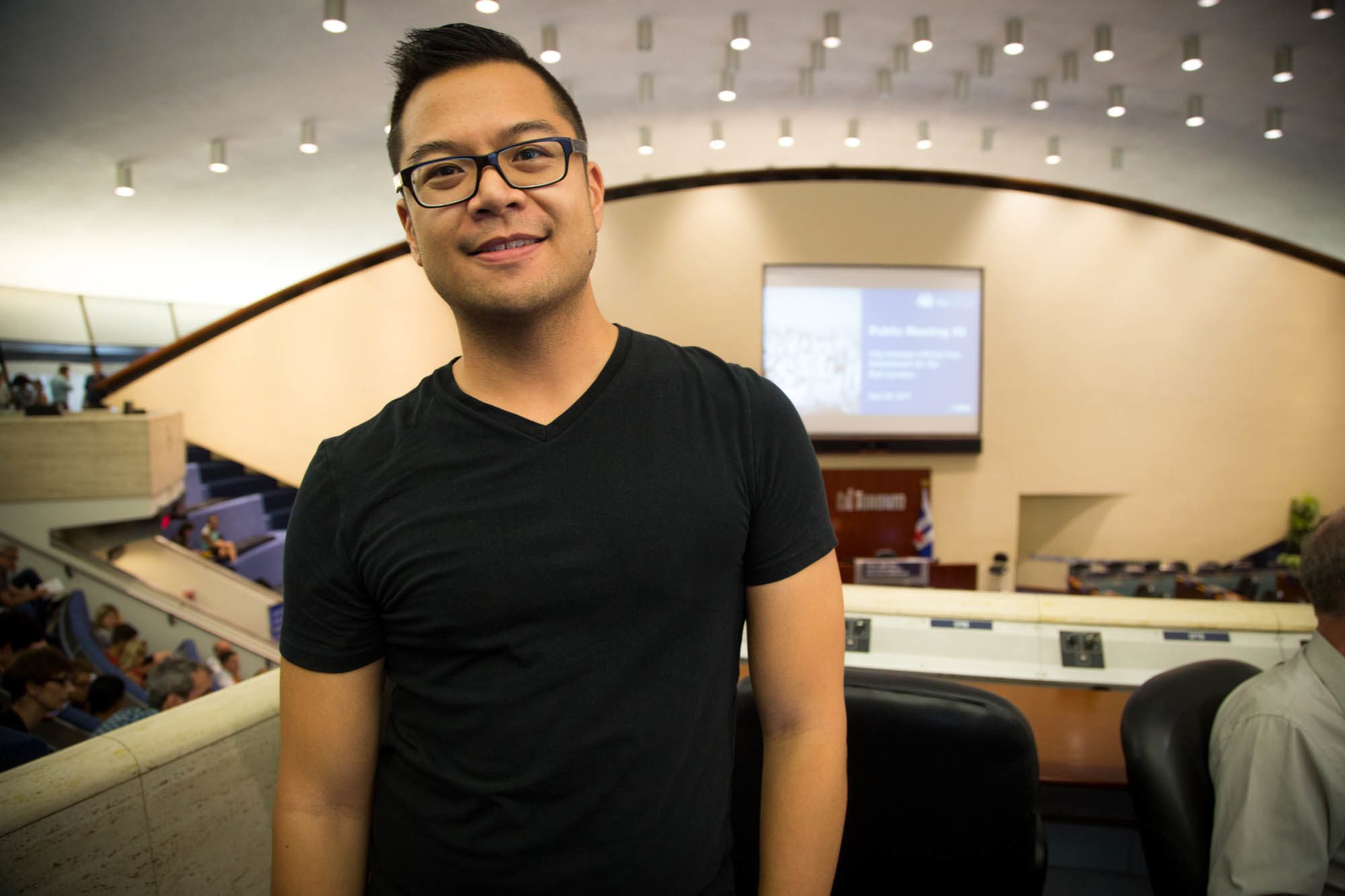 “I don’t really like the idea of having condos there, because I know they’re already developing a lot of other condos in the area. From what I’ve heard, the park that the condo developers are proposing is really different from what we’re seeing here, and the space isn’t nearly as usable.” 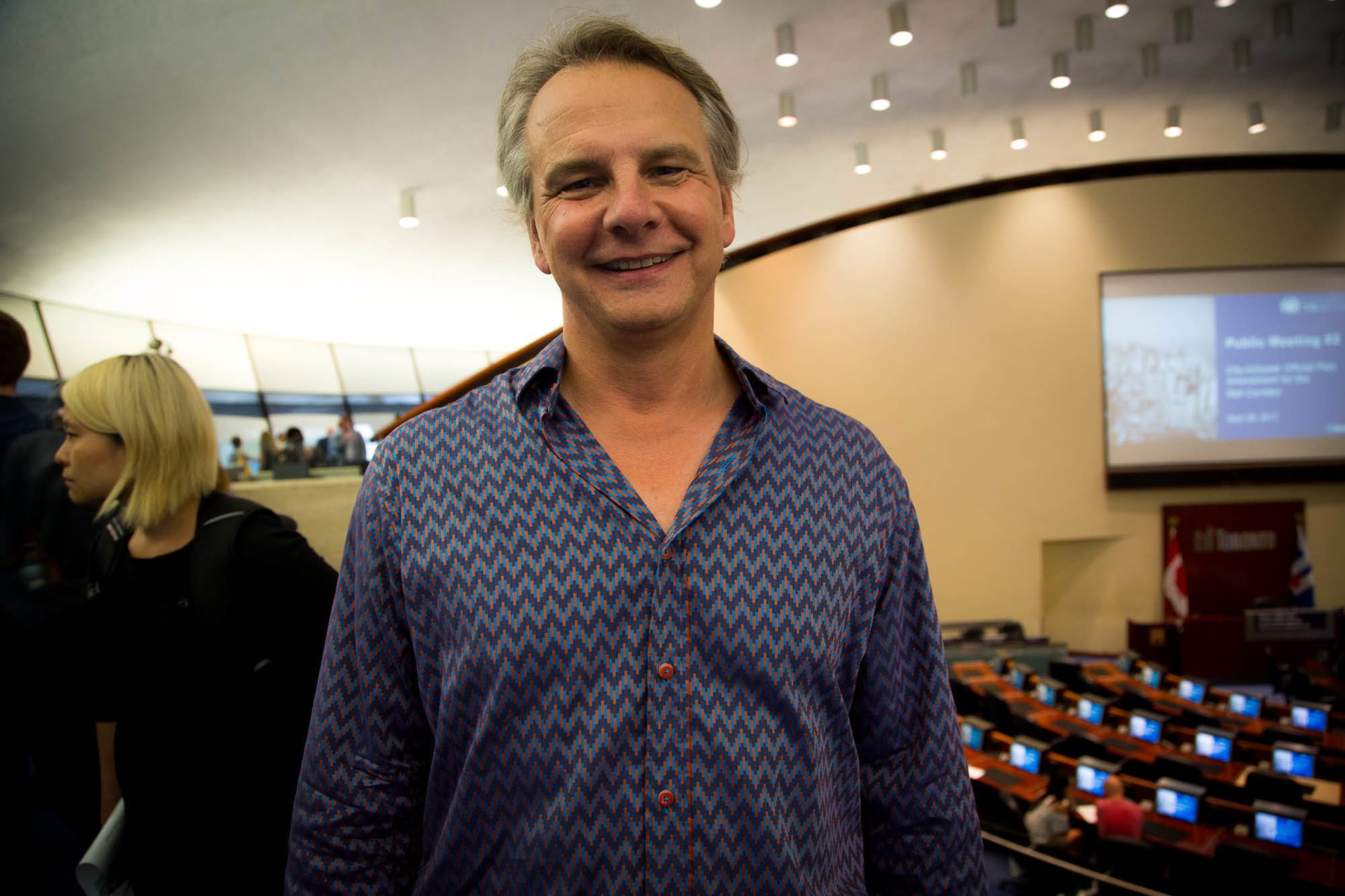 “Personally, I’d like to see a mixed-use development, including open parkland, residential—everything. There’s so much room here that it seems to make the most sense. The city has changed so much, and it has become so vibrant, and I think one of the keys to that is the fact that people are living and working and doing everything in the core. I don’t see why that should not continue.” 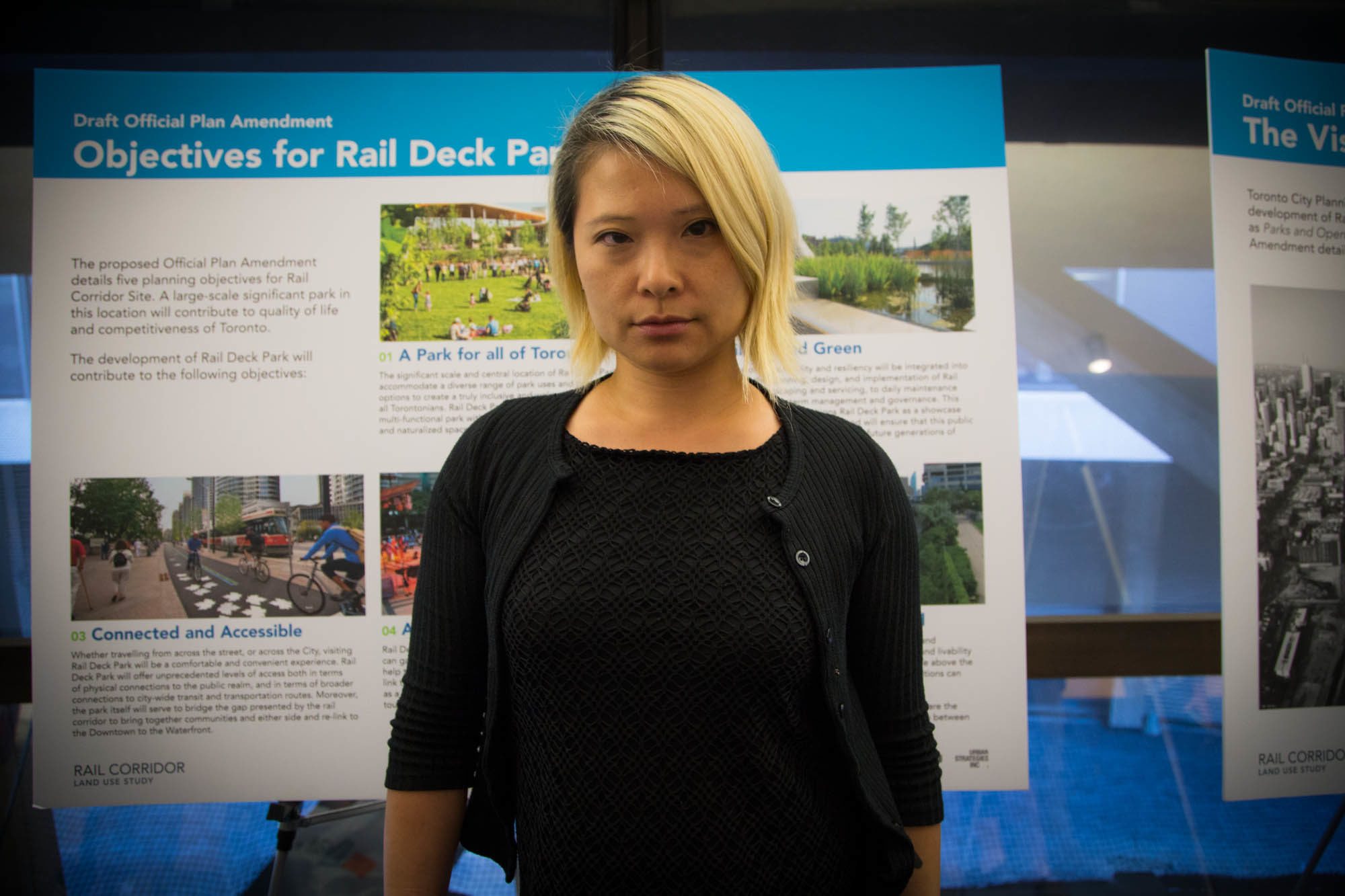 “I definitely want to see a lot of green space, because we are really lacking it in downtown Toronto. I think this area should be dedicated to public land, not condos.” 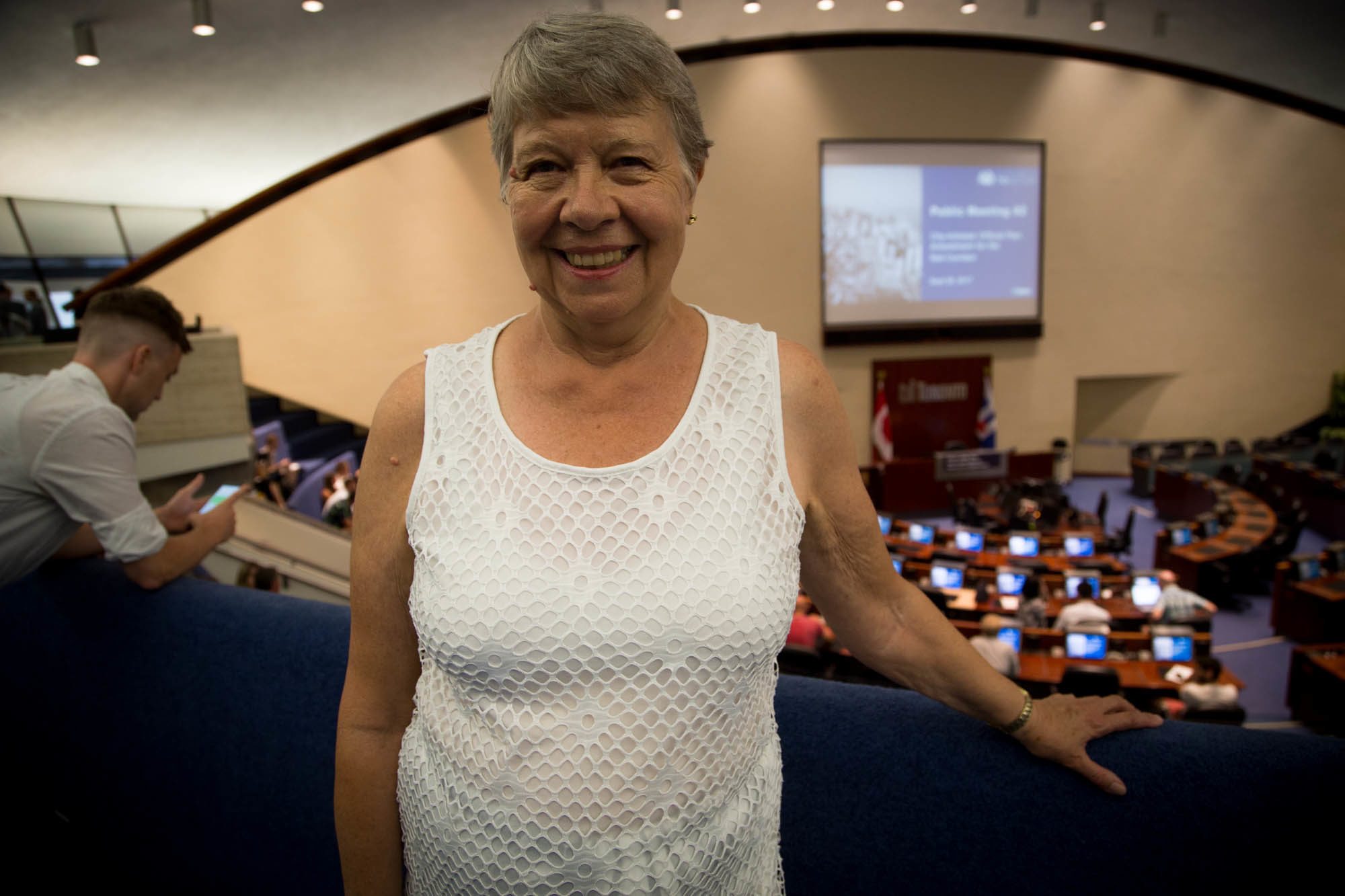 “I mean, it’s a large space, so I’d love to see a mixture of art, parks, and some things for the children as well. I’m just opposed to the condos. I don’t think we need any more of them. The downtown is lacking big green space, so I think we need more of that.”