Last month, the city embarked on a bold experiment: a new set of traffic rules severely restricted auto traffic on King Street between Bathurst and Jarvis, making streetcars virtually the only things that can legally traverse the downtown stretch from end to end. The move was intended to reduce travel times for transit commuters on the 504, the TTC’s busiest surface route. But King Street’s new, car-reduced state of being may not last forever. It’s a pilot project, meaning there will be at least a year of observation and study before city council decides whether or not to make the changes permanent. Public opinion could help decide the outcome. We went to King Street and asked some people how they’re feeling about it all. 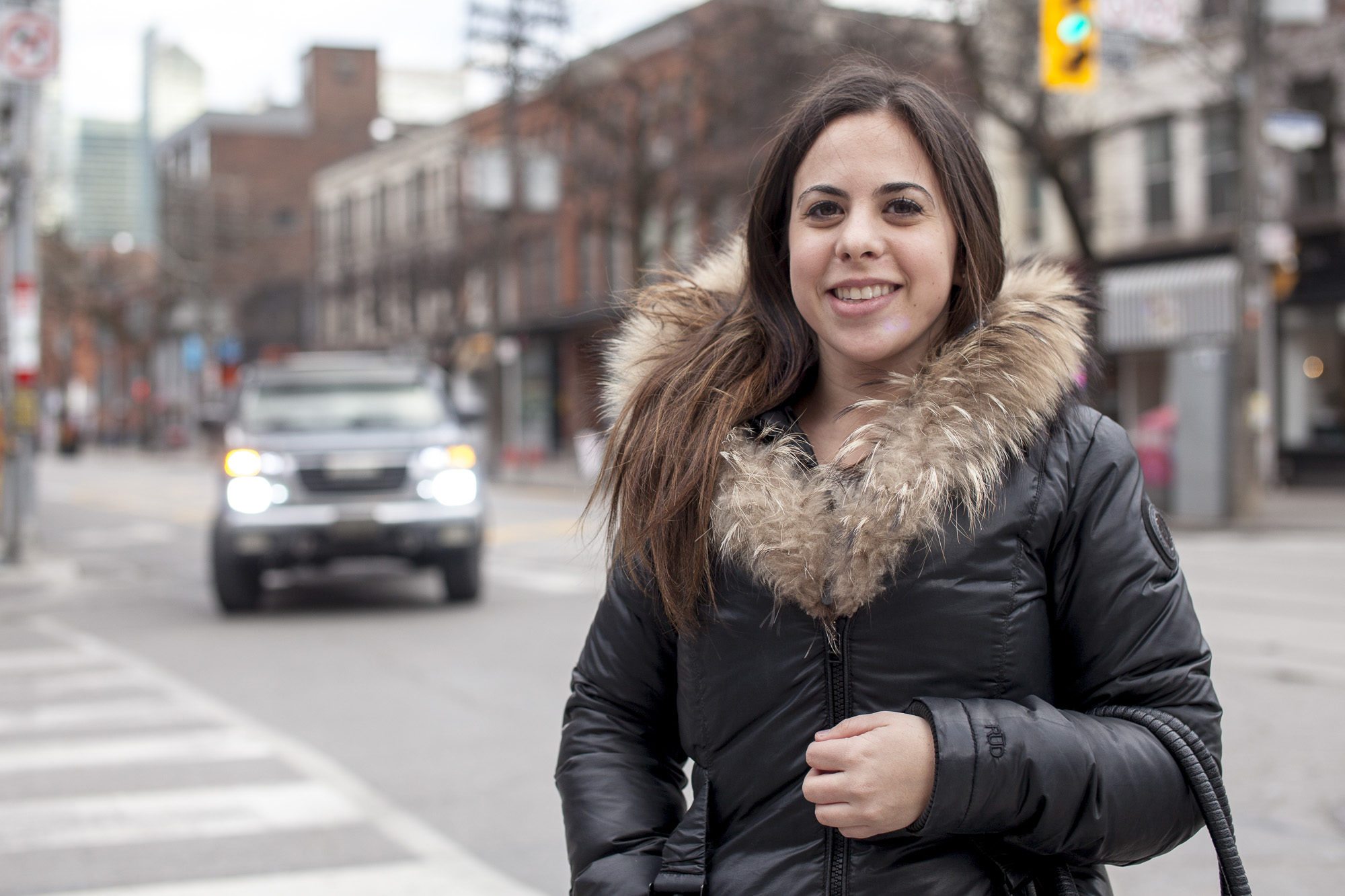 “I usually walk, because it’s just ten-minute walk from home to my job. I’ve noticed a lot fewer cars on the street. I think it’s positive for people taking public transit, because it’s faster for them, but slower for cars.” 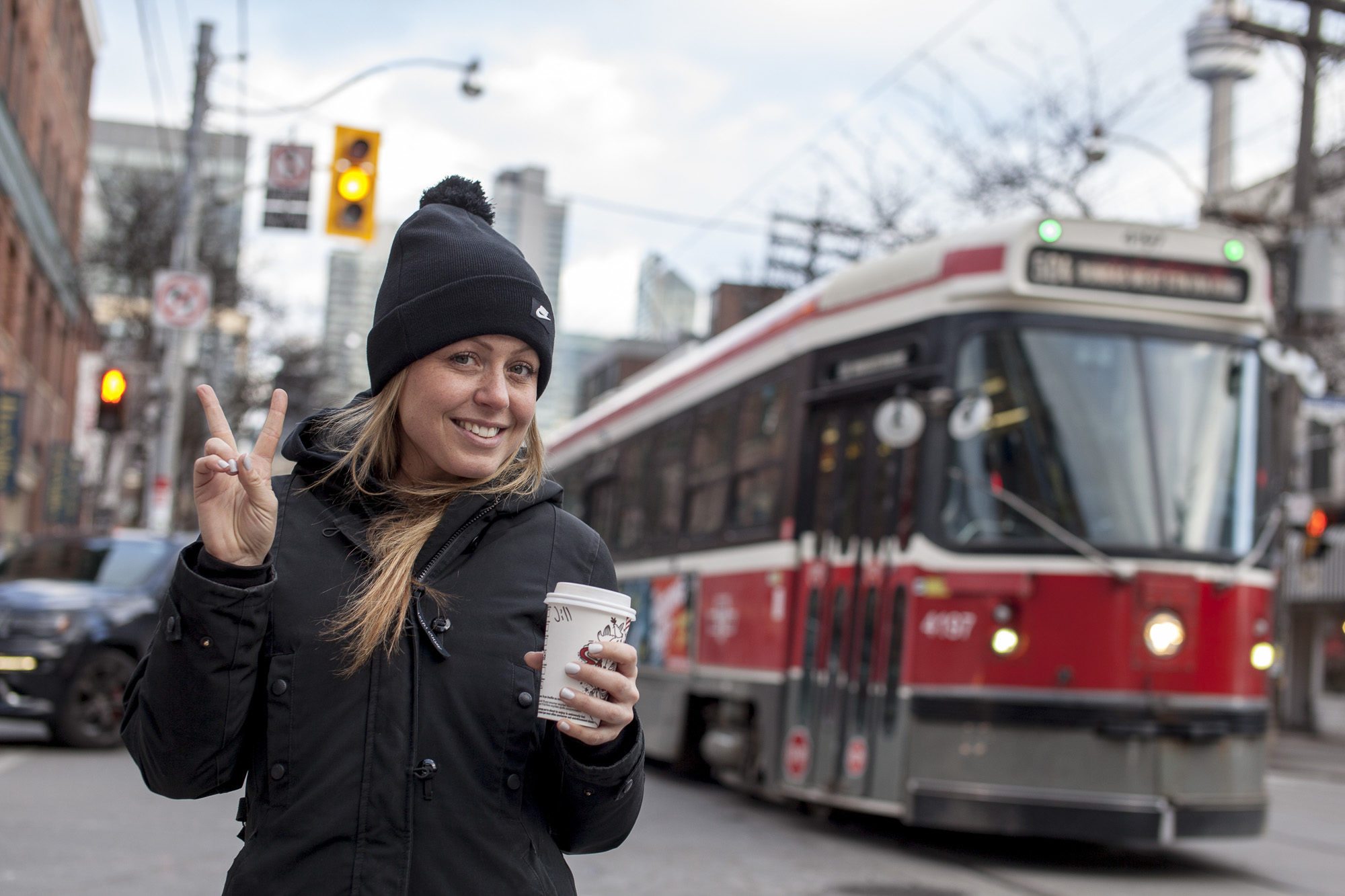 35, gym manager from the Upper Beaches

“I take the TTC to my work, near King Street. I’ve noticed, since the pilot started, that none of our clients have anywhere to park. Classes have slowed down, but I don’t know if it’s just because of the time of year. And there aren’t enough streetcars for the amount of people taking them. If they’re going to take all the car traffic off the road, then there should be streetcars every two minutes, and they shouldn’t be full during rush hour. Uber Eats drivers don’t want to come here because they’re afraid of getting tickets. I don’t think it’s necessary to have this street barren at all times of day. I feel like there should be some adjustments made.” 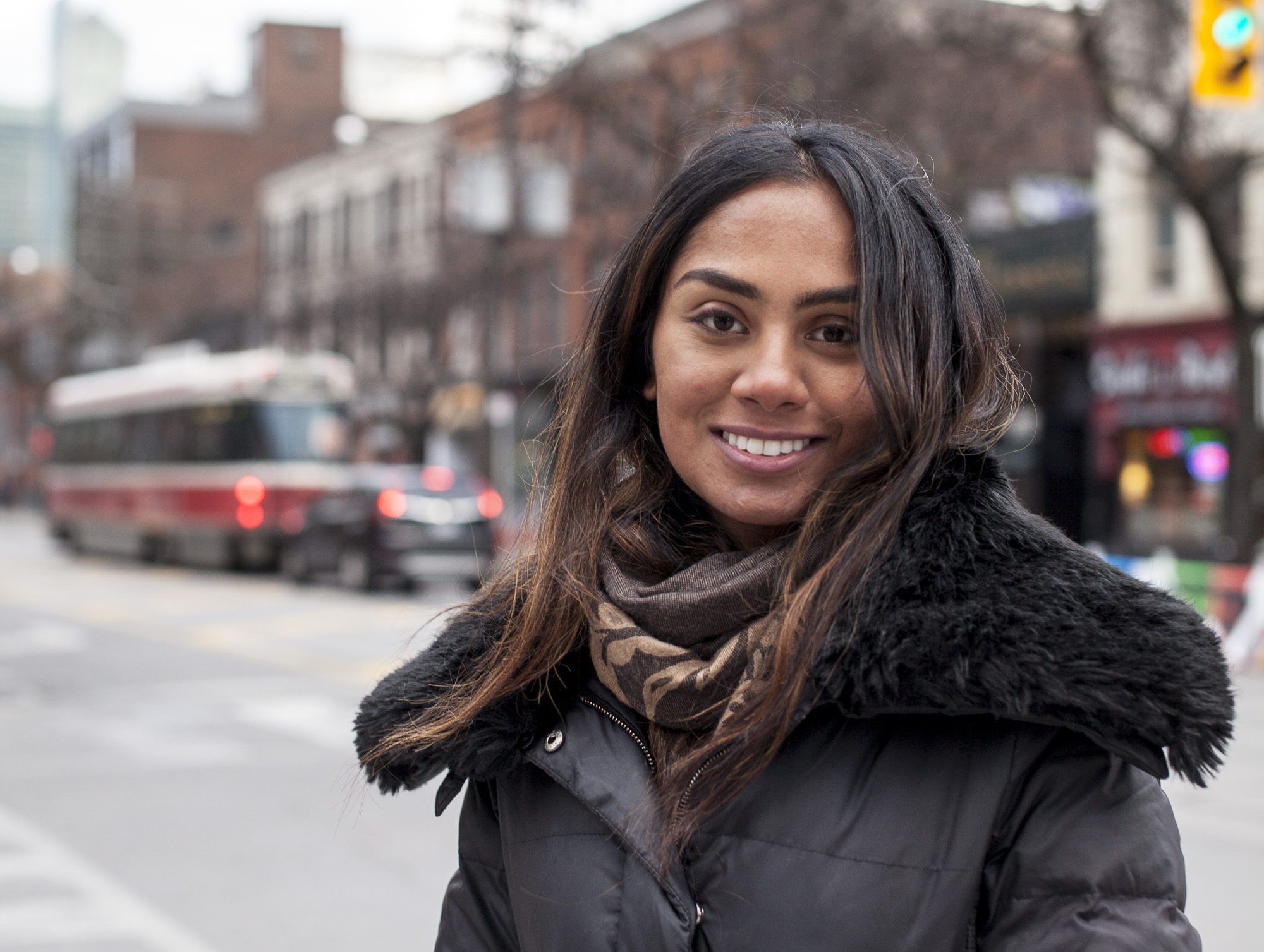 “I walk to work. Before I moved here a couple months ago I lived at Broadview and Danforth, so it was an hour commute. Since the pilot started, there have been more streetcars and fewer cars. I think it’s positive, but my boyfriend takes the TTC and he says that the streetcars are a lot more packed now. It’s nice to walk around with less traffic, though. It’s more peaceful now.” 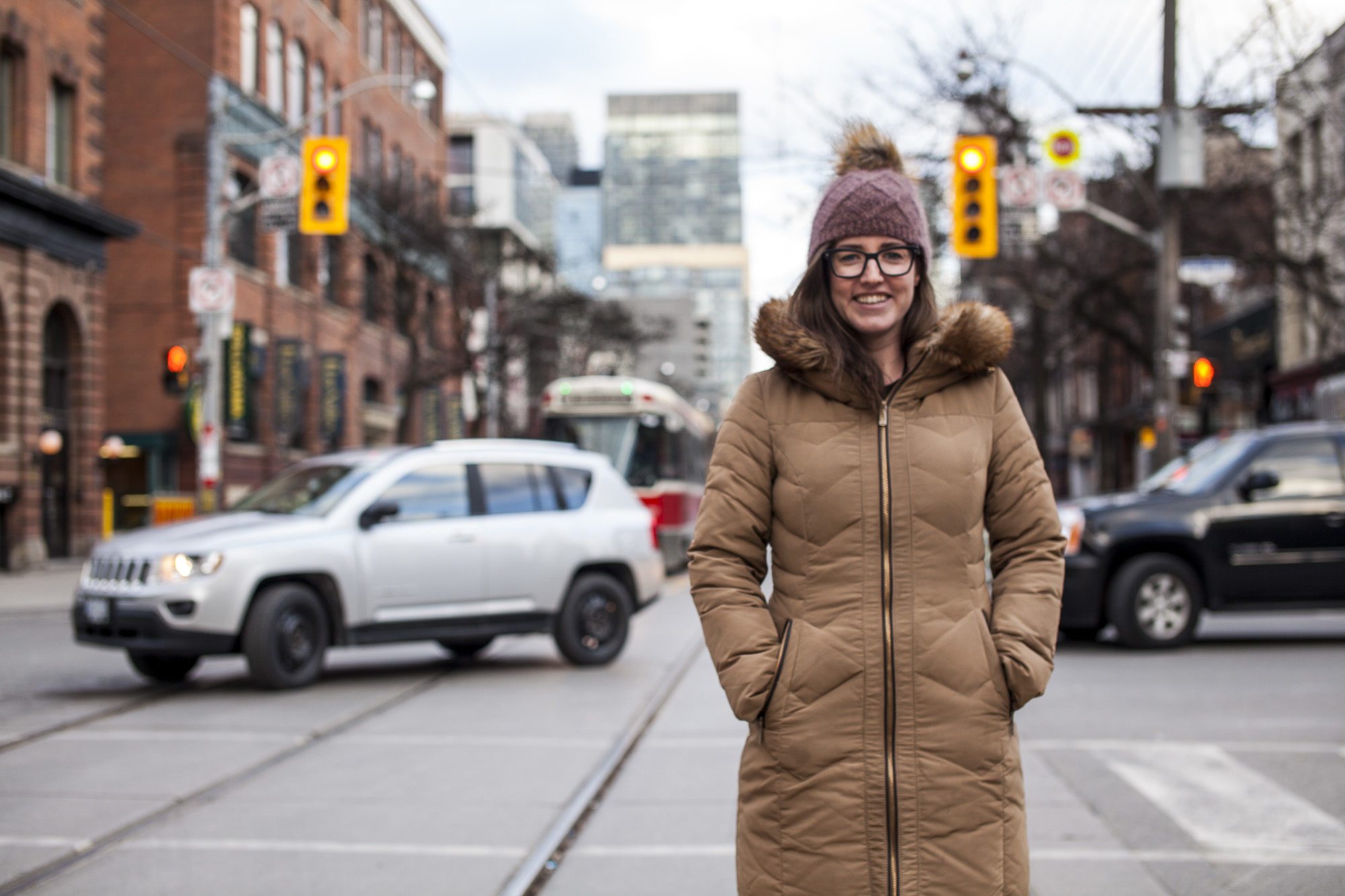 “I take the 504 streetcar to work. It’s slow, but I like it because I can usually get a seat, and I can look out the window. During the first week of the pilot, my trips seemed faster, but it might have been a fluke. The volume of cars is less: I’ll look out the window at work and it’ll be dead here. As a pedestrian, it doesn’t change how I do anything. We need to accommodate all the commuters and I think this is the most progressive thing to do. I’ve heard a lot of businesses and restaurants complaining, but I don’t really get that. Who would be driving down to go to Portland Variety?” 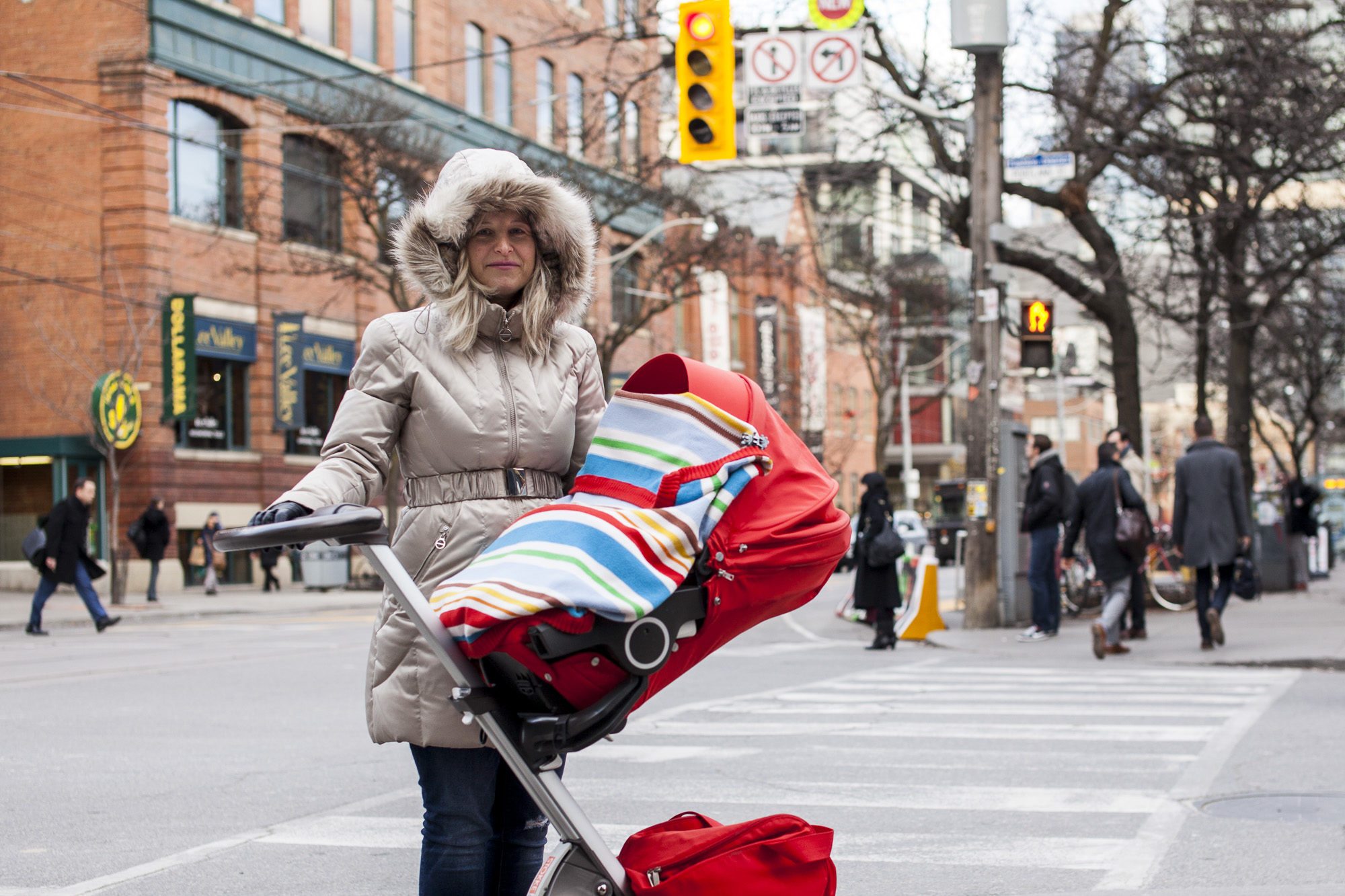 “I walk to work. The fact that there’s now a lot less traffic on King Street is good for me. But I’m a driver as well. So, when I get into my car, I’ve noticed that there’s a lot more traffic on the parallel routes. But I still think the pilot is a good idea. If it helps the streetcars get people around, it’s what the city needs. If we aren’t infusing more money into the transit system, we need to explore alternative means of getting around efficiently.” 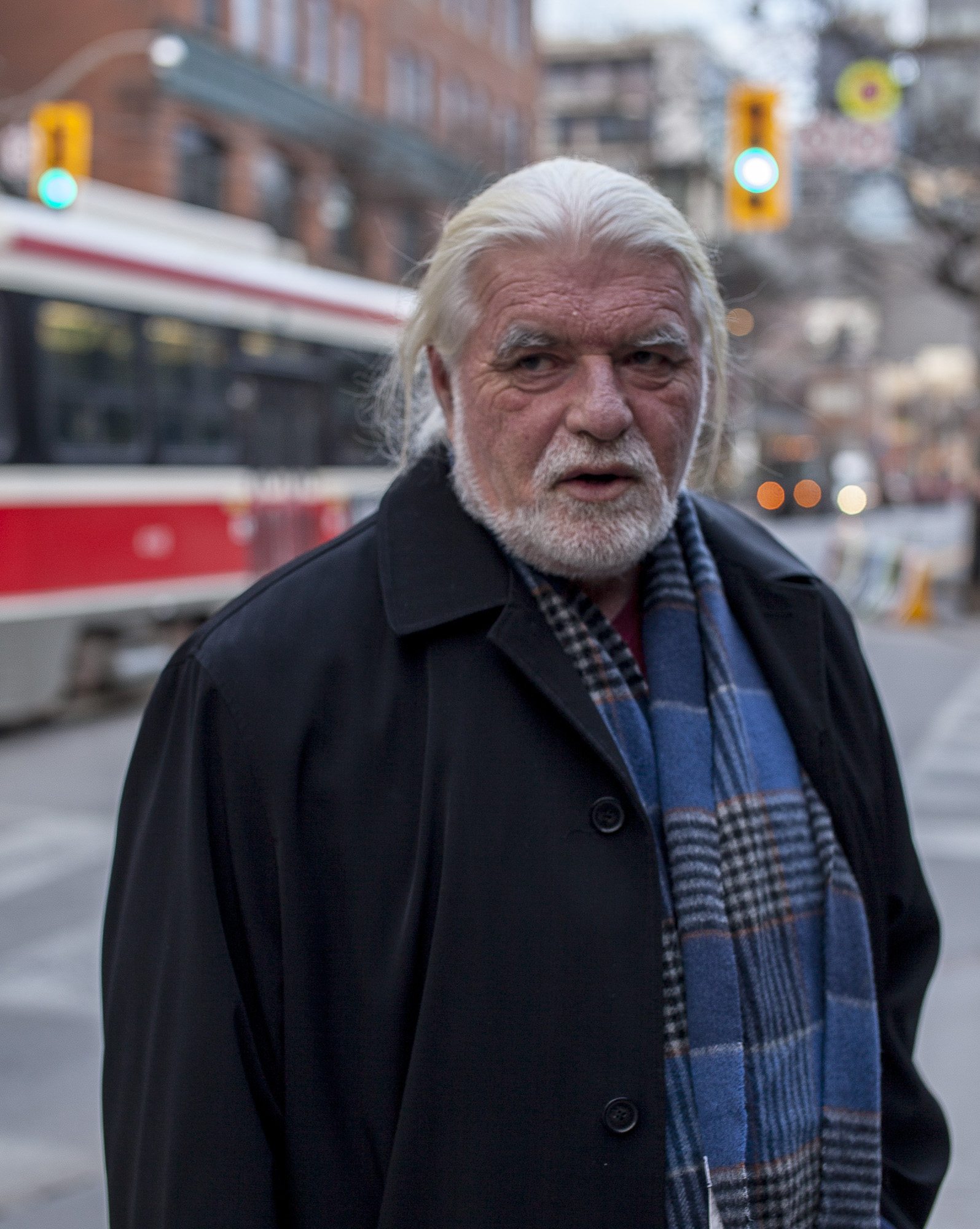 “I walk to work, and it has been great. There’s a lot less traffic and congestion, and if I need a streetcar to get anywhere I can get one now easily. It’s fast. I do own a car, but it only comes out once a week. When I drive east of here, I have to plan a bit more carefully, but I haven’t noticed a change in congestion.” 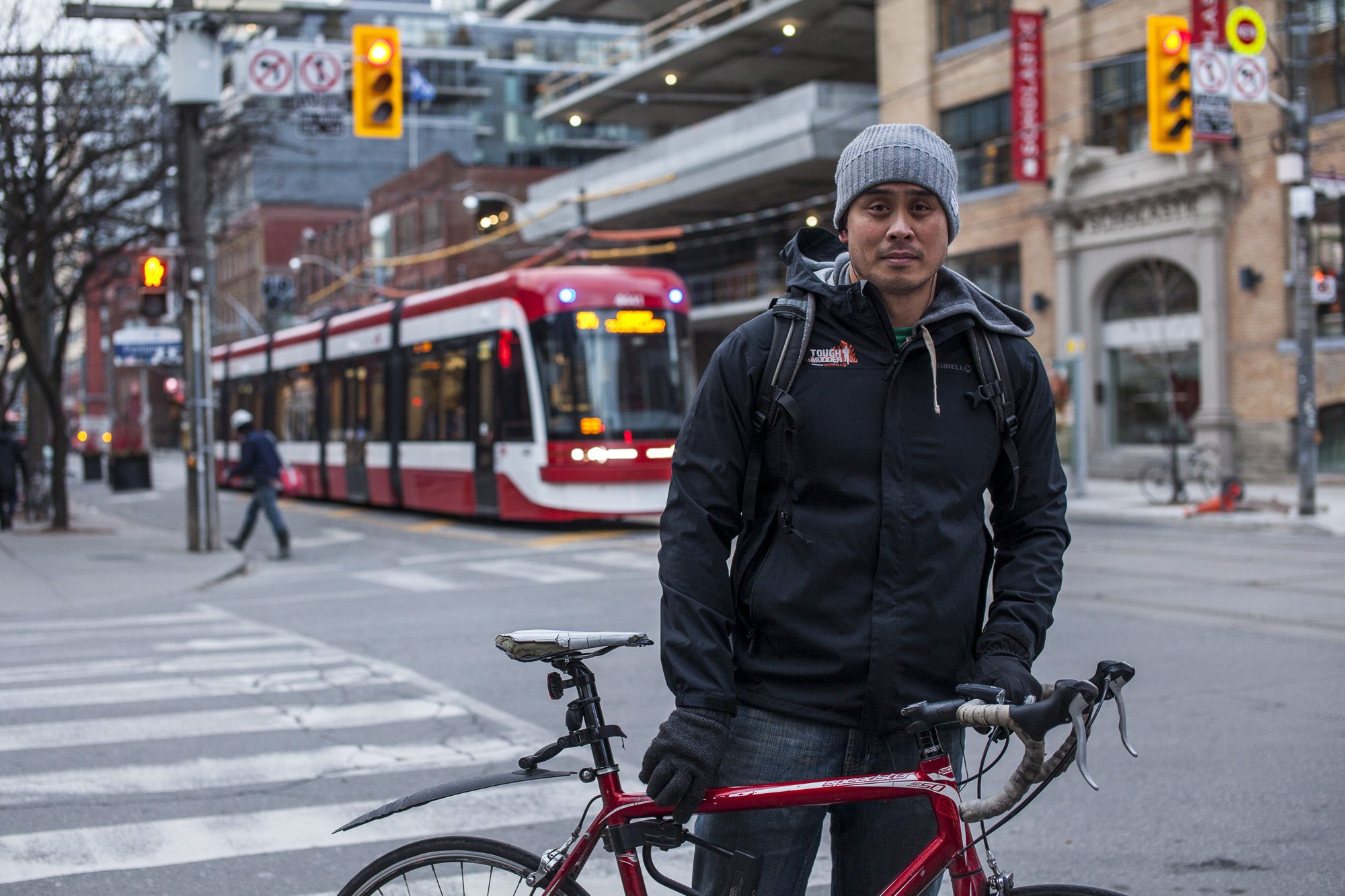 “I cycle all year round. Since the pilot began, I’ve noticed there are a lot more cars on Richmond and Adelaide during rush hour, but my cycling time is about the same. I take the bike lanes, because they’re faster than King Street. The changes haven’t impacted me at all, to be honest. It may impact me more in the middle of winter when it’s snowing, because the bike lanes are really bad in the middle of winter, and King Street will be a lot better because it gets plowed and there won’t be any cars for me to ride around.” 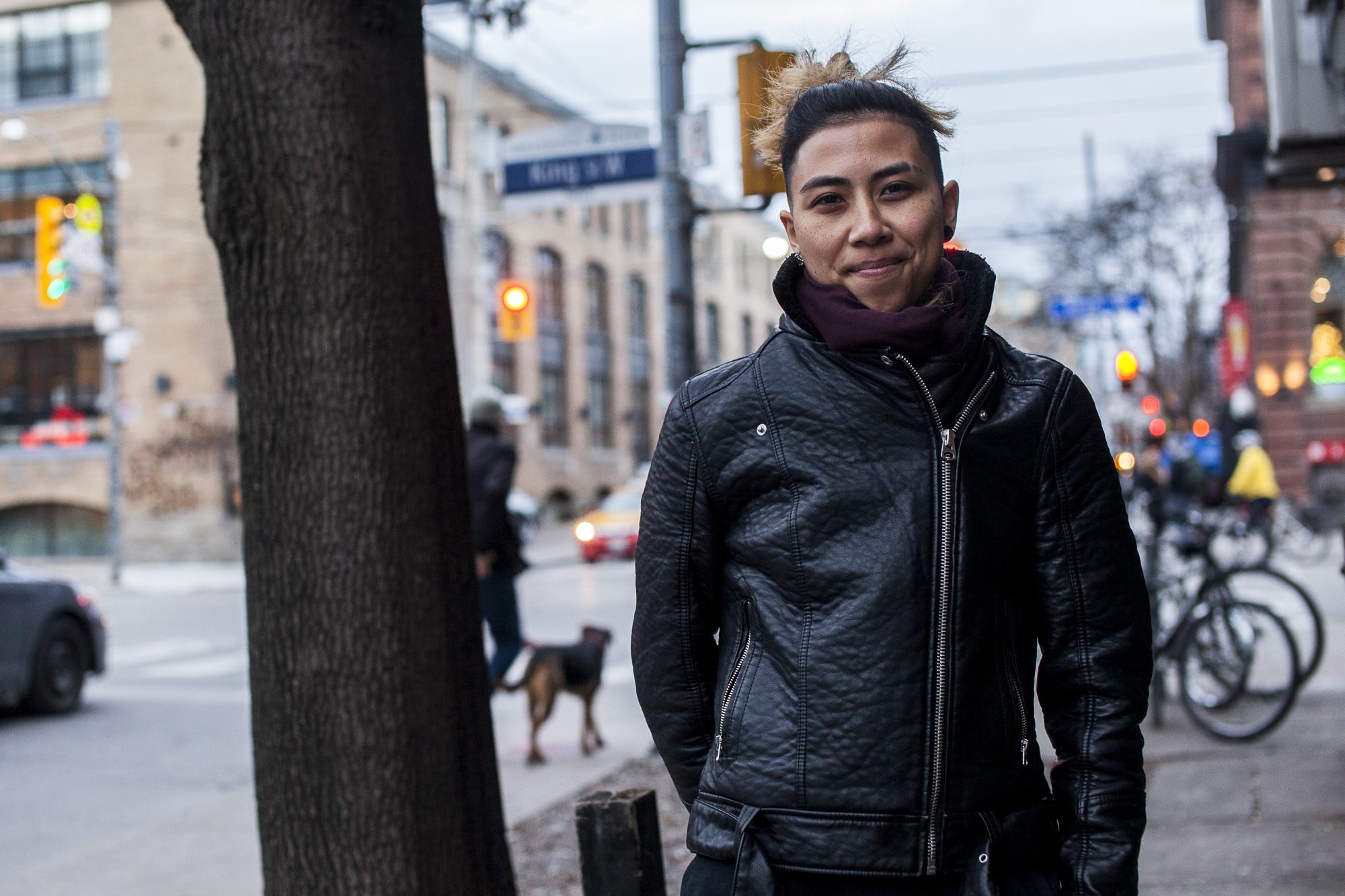 “I usually take transit: either the Queen streetcar from the west, or the King streetcar from St. Andrew station. I’ve noticed it’s quicker once you’re on the streetcar, but the frequency hasn’t changed. They come in clumps now, and it’s inconvenient because I’m just sitting there waiting for like ten minutes if I miss the clump. Just walking along, though, it’s a lot quieter. It’s nice.” 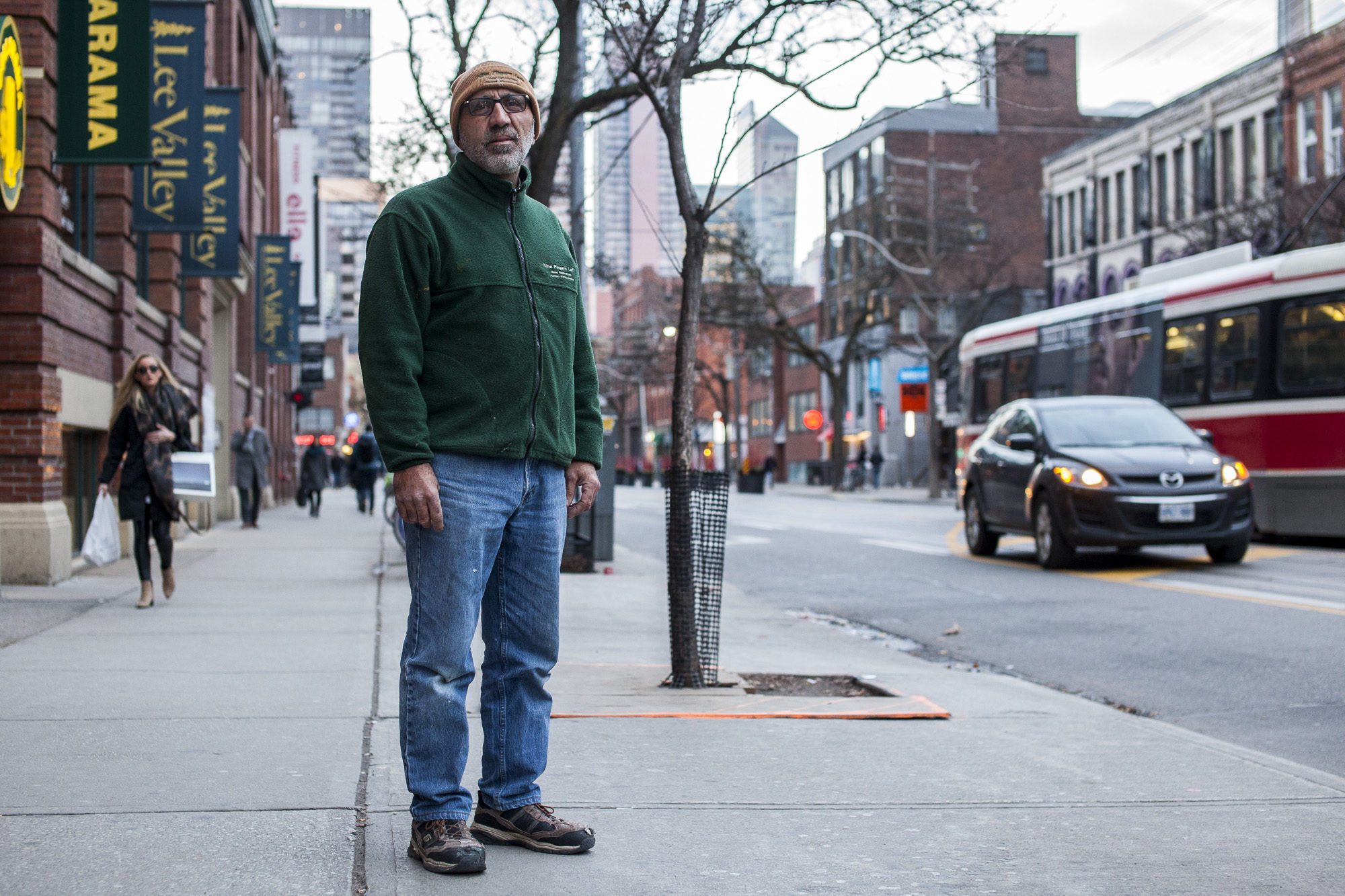 62, renovation contractor from the Upper Beaches

“I usually drive, but I’ve only driven on King Street once since the project started. It has changed, but it was really no big deal. I think the pilot is a fantastic idea. I’ve been on the King streetcar in the past and I know how slow it used to be, and I’ve seen the reports on how many people are on that instead of cars. I hope they never go back.”