“More sightings don’t necessarily equal more coyotes”: We asked a wildlife advocate if coyotes are really taking over the city

“More sightings don’t necessarily equal more coyotes”: We asked a wildlife advocate if coyotes are really taking over the city 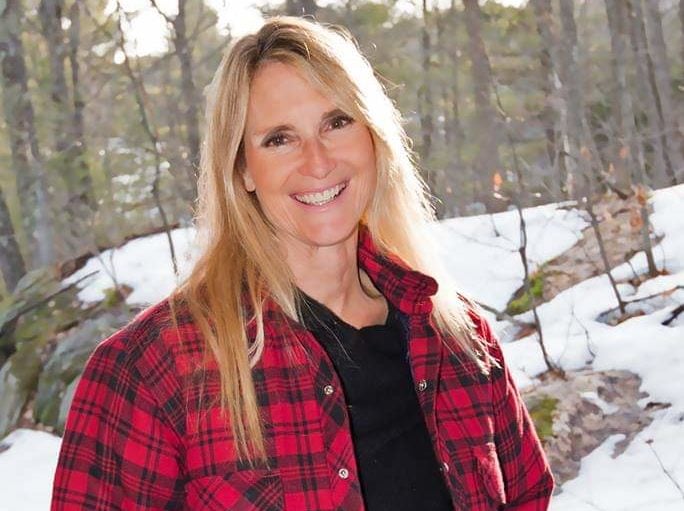 If you live near a ravine or park, you may have noticed that you’re not alone. This winter, Torontonians are reporting a major spike in wild animal sightings in general and coyotes in particular, with some reports suggesting bolder, more aggressive behaviour. Last month, after coyotes killed a small dog in Bayview Village and another in Lawrence Park, the city issued a warning to pet owners not to leave their pups unsupervised—even in the backyard. Understandably, a lot of people are freaked. But is the city really under coyote siege? Here, Lesley Sampson, director of  Coyote Watch Canada—a non-profit that promotes positive interactions between humans and wildlife—tells Toronto Life why it’s important to follow the science (not the hysteria) and what pet owners can do to coyote-proof their lives.

First off, true or false: Toronto is currently under siege by packs of unruly urban coyotes and nobody—especially small animals—is safe from their lust for flesh?
This is the perception that we’re seeing, but it is absolutely not the case for a lot of reasons. So much of what is going around right now is based on misinformation and panic. Sightings are always up at this time of year—animals are easier to spot against snow and without foliage for camouflage.

So just to be clear: you’re saying that there aren’t more coyotes than usual in Toronto?
What I’m saying is that more sightings don’t necessarily equal more coyotes. So maybe you hear there have been 30 coyote sightings in a certain neighbourhood, and you’re thinking that means 30 coyotes, but likely it’s the same two seen over and over again. Plus, a huge amount of reporting and discussions about coyotes happens on social media these days. Someone posts about a sighting, or they post a video and it circulates, and of course the more sensational, the more people pay attention.

Okay, but what about the idea that coyotes and other wildlife have been encroaching on human spaces during the pandemic? There were the famous CityPlace foxes, plus plenty of coyotes in parking lots and backyards.
That is true, but I think we need to think about who’s encroaching on whom. One of the reasons coyotes and other wildlife will come into so-called human spaces is because their original habitat is no longer available to them. It used to be that we had cities and green spaces outside of cities. But as cities expand, a lot of wildlife is displaced. Often when we respond to a call about a rise in coyote sightings we will find out that a new subdivision has gone up somewhere nearby. In terms of what’s happened during the pandemic, we definitely saw more wildlife exploring our urban environment when we were all inside, But humans are also spending a lot more time in parks, on trails, in ravines—these are coyote corridors and they always have been. 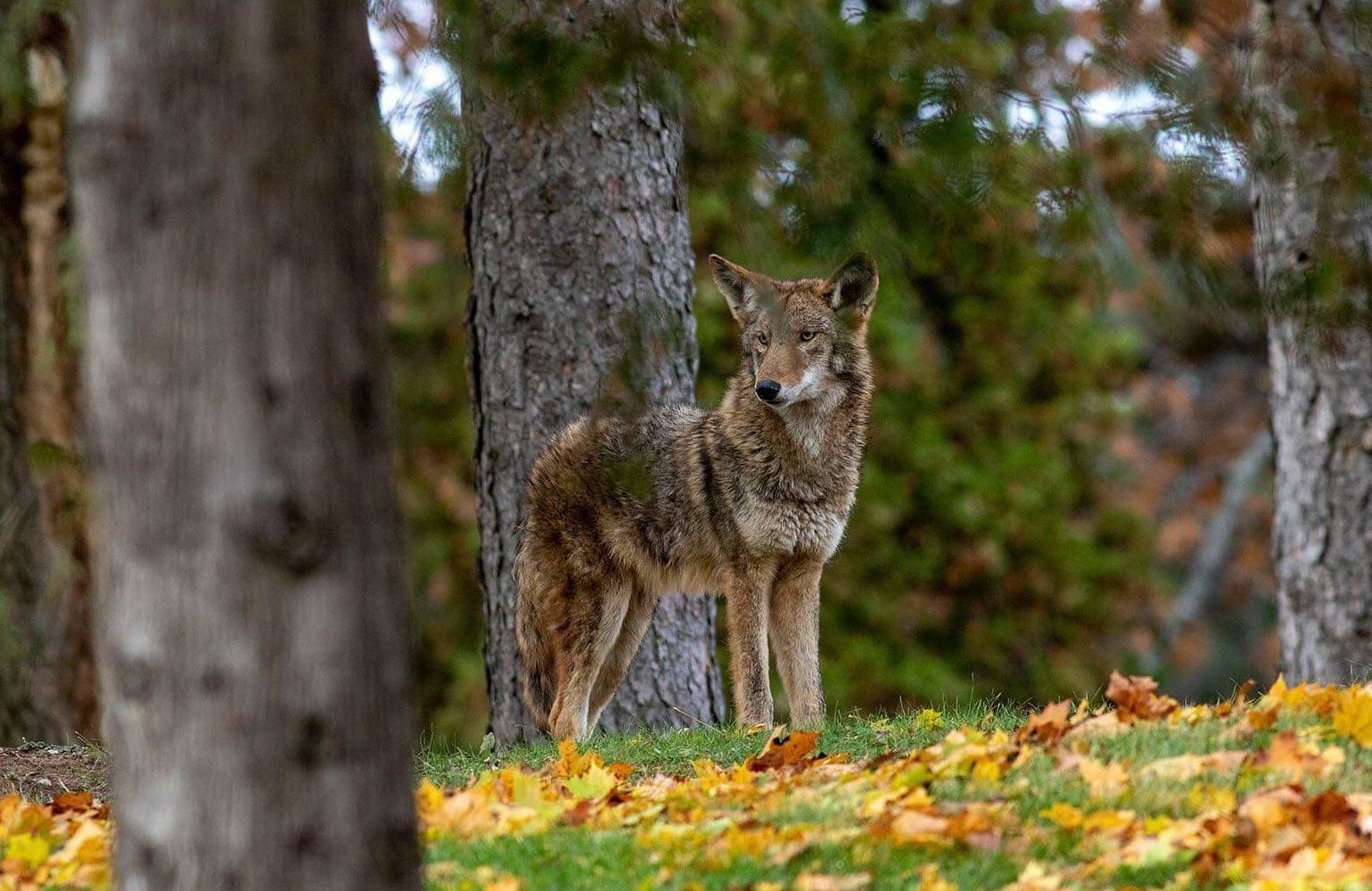 In the last few weeks, there have been three separate instances of small dogs being mauled to death by coyotes—not in parks but in backyards. If I’m a dog owner, that feels like reason for panic.
It is a tragedy, and obviously horrible for a family who loses a beloved pet. But you have to look at the proximity of these incidents to ravines. The City of Toronto has done a good job of getting the message out that if you leave a pet outside in certain areas, especially a smaller pet, you’re taking a risk. As humans, we have this illusion that we’re entitled to open our door and let the family pet out back, but the city isn’t an isolated, cleansed environment.

How are coyotes even getting into backyards?
I can’t speak to any specific incident. Sometimes there are unknown entry points, like a hole in a fence, and other times a coyote may be able to jump a fence. The same is true of foxes and dogs. What I will say is that it’s very unlikely you’re going to have a coyote entering a backyard without a food incentive.

Food incentive like an adorable mini schnauzer?
No. We often respond to calls from homeowners who have seen a coyote on their property or seen one nearby. We’ll conduct an investigation, and there’s almost always a food source. That could be inadvertent—a compost bin that isn’t property maintained or a bird feeder that’s spilling over. We’ve also seen a huge rise in wildlife in parks, and we know that coyotes increase their proximity tolerance to humans because the reward is food; food drives behaviour. A lot of parks have banned feeding, but you still see nuts along the trails or bread from people feeding ducks. Or you have the unethical wildlife photographers who are leaving food so they can get the images.

Is that really a thing?
Oh, absolutely. To clarify, most photographers are ethical, but you might have the occasional one who leaves food or smell traps, or they’ll even bring a dead animal to stage the shot so that it looks like the coyote killed it.

What can you tell me about this new breed of coy-wolf that is apparently smarter, bolder and more threatening?
I can tell you it’s a myth. All coyotes in Ontario are part wolf. The so-called coy-wolf, or Eastern coyote, is the same coyote that was here 100 years ago. Calling them coy-wolves is the same as calling dogs dog-wolves, so it doesn’t make a lot of sense. This idea that coyotes are becoming bolder or more predatory is also misinformed. You hear that people feel like a coyote is stalking or staring them down, but all they are doing is assessing the level of risk or danger, especially if you are with a dog. Is this animal a threat or a friend? Do I have to flee? Coyotes do not want to be in contact with humans.

Can we say for sure that humans are safe? Today it’s a small dog, but a lot of parents are worrying about small children. There was that sighting of a coyote showing up in a Toronto schoolyard a few weeks ago.
I understand why parents have an emotional response. I am a parent myself, and my daughter was raised to know and respect wildlife. Even more importantly, she was raised knowing how to behave around domestic dogs. Almost half a million people are bitten by dogs every year, but for whatever reason, that’s a risk we’re willing to take. Champagne corks kill more people than coyotes.

Sounds like coyotes need a better brand manager.
They don’t need re-branding; they need to be understood for what they are. These are animals that just want to raise their families, keep their offspring safe. They mate for life, which is more than most humans can say.

Okay, let’s talk about the coyote-killing contest happening in Belleville through the end of February. The whole thing sounds pretty horrifying, but isn’t hunting coyotes in rural areas legal?
It is, as long as you have the appropriate licence, but that’s not the issue here. The whole thing is absolutely barbaric—there are even cash prizes. We have heard from a lot of people in the ethical hunting community who don’t want anything to do with this. We’re hoping that the government will intervene and shut it down. That’s one thing I should add: the vast majority of calls we get are from people who care about wildlife. Even if they’re scared, they want to be educated and to do the right thing. Of course, there are people who think we can trap or kill our way out of this situation, but that is simply not the case. We need to figure out how to live together.