In an industrial building out by the 401 and Martin Grove, a team of engineers and mechanics are building behemoths. The Knight XV armoured car, which looks like the juiced up mutant offspring of an armoured troop transport and a limousine, is the flagship product of Conquest Vehicles, a company that specializes in bulletproof, explosion-proof, intruder-proof, grandma-scaring cars.

Almost every part of the Knight XV is custom made from scratch in Etobicoke. “We machine all the components from the hinges, to the emblem, right down to the key,” says company president Tim Chapman. The cars don’t come cheap, though. A typical Knight XV takes six months to build and costs upward of $629,000, plus international shipping. Conquest has only made 17 of them. Here’s a detailed look at the latest one to roll off the factory floor: 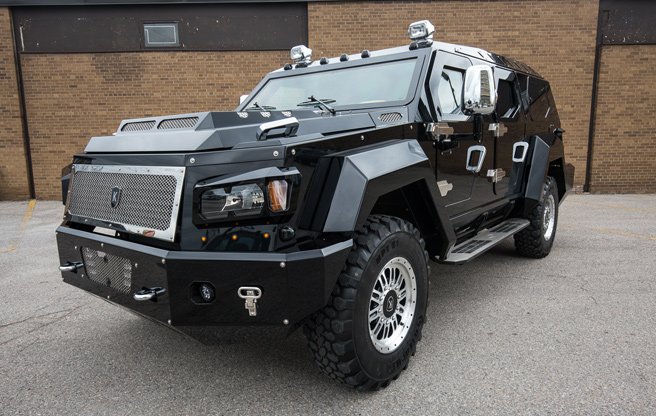 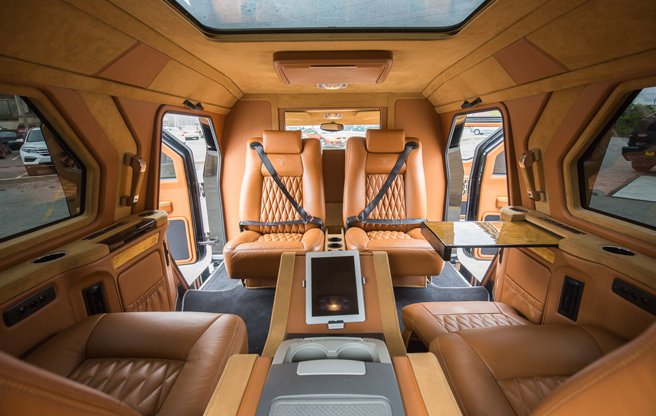 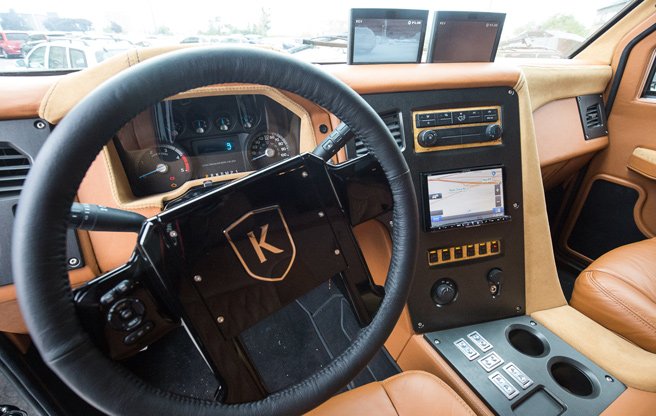