With James Forcillo found guilty of attempted murder, now what?

With James Forcillo found guilty of attempted murder, now what?

In the first minutes of July 27, 2013, Toronto Police constable James Forcillo shot and killed 18-year-old Sammy Yatim on a Toronto streetcar. Today a jury rendered what appears to be, on the face of it, the most bizarre and contradictory verdict possible in Forcillo’s trial: they found him not guilty of murder, but guilty of attempted murder. It’s a verdict the city will struggle to understand. It’s also a verdict that, strangely, makes a lot of sense. 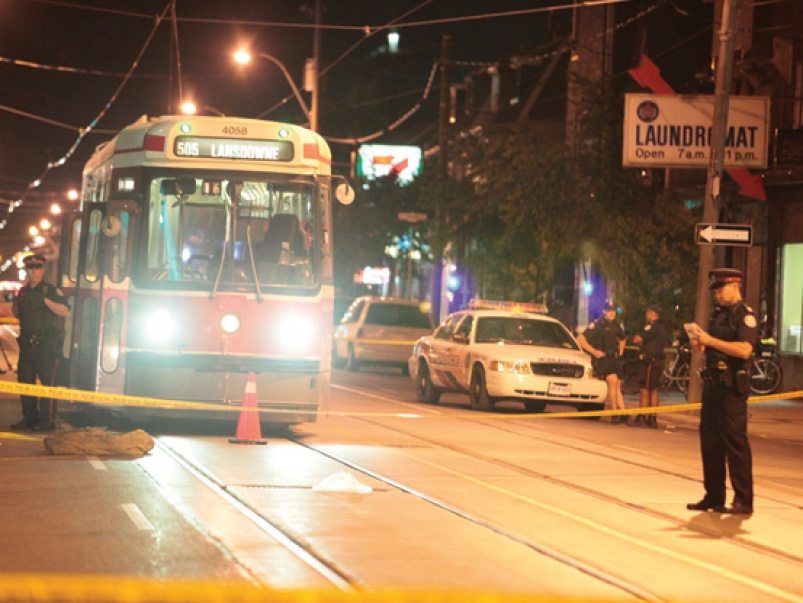 The killing of Sammy Yatim

We have all seen the panopticon of videos, gathered from bystanders’ cellphones, security footage from nearby stores, and the TTC’s onboard cameras. They show Yatim threatening his fellow passengers with a knife, sending them scurrying off the vehicle in panic. They also show Constable Forcillo, minutes later, firing a volley of three shots and felling Yatim at the streetcar’s entrance. Then, after a five and a half second pause, a second volley of six shots, five of which struck Yatim as he lay on the vehicle floor.

The separate volleys were crucial to prosecution’s case. The Crown charged Forcillo with murder specifically for the first volley of three bullets. Prior to Forcillo, no on-duty officer had ever been convicted of such a charge, and today’s verdict merely extends that trend.

But the Crown, in an unexpected twist, also charged Forcillo with attempted murder for the second volley. This charge stirred considerable legal debate when it was announced. Some observers believed that prosecutors, by filing a lesser charge against Forcillo, were just looking for a way to make it easier for the jury to convict him of something. When I read about it I thought it was a bit of legal genius, because it would require Forcillo to defend every choice he made in his encounter with Yatim. In short, the Crown’s argument was that Forcillo, unsure whether the first three shots had killed or merely wounded Yatim, took 5.5 seconds to think it over and decided to finish him off, which led him to pull the trigger six more times. The jury agreed, and as a result Forcillo now faces a minimum of four years in jail.

When you think about it in these terms, the attempted murder charge was shocking for what it alleged about Forcillo’s behaviour, and his conviction is welcome news for anyone who believes police need to change their behaviour when it comes to the use of force. It’s one thing for an officer to draw a firearm and apply lethal force. It’s another thing entirely for an officer to decide who gets to live and who dies.

That, in a nutshell, is the difference between Forcillo’s first volley of bullets and his second. On the first volley, the jury extended Forcillo the benefit of the doubt: they believed it was justifiable for him to fire his gun. But the second volley, they decided, was not justifiable. It was as excessive to them, when considered under the court’s rules of evidence, as it was to so many people who watched the videos and wondered, as a matter of personal conscience, why Constable Forcillo would start firing again, and keep firing, when Yatim already lay prone on the floor.

Consider the alternative. Even if Sammy Yatim had been merely wounded by the first three shots, police would then have had the upper hand in the encounter. Yatim no longer presented the same threat. Perhaps his life could still have been saved. And shouldn’t that have been Forcillo’s priority? Shouldn’t it have been the priority of his fellow officers on the scene, the ones who moved in on Yatim after he’d taken eight bullets only to Taser him? Aren’t police officers supposed to be in the business of saving lives, rather than taking them? To what extent have Toronto’s finest abandoned their oath to serve and protect the public?

These broader questions, which have hung over the case from the beginning, were never the court’s to answer. Police chief Mark Saunders, in his public comments in the hour following the verdict, acknowledged the importance of police accountability. He’s got his work cut out for him if he wants to achieve it.