Where the Wild Things Are

Throughout the spring, the Toronto Zoo has been quietly keeping its 5,000 animals healthy and fed on roughly 1,500 kilos of food every day. Toronto Life made several behind-the-scenes visits while it was closed to the public

When the Toronto Zoo was forced to close its doors in early March, it faced a stunning fiscal predicament: it was looking at a revenue shortfall of between $400,000 and $500,000 per week in lost entry fees, retail and parking. To make up for the deficit, the zoo temporarily laid off 118 of its 273 employees—about 58 per cent of its staff—and immediately set to work figuring out how to care for 5,000 animals with a drastically reduced staff and budget.

The first and most urgent order of business was food for the animals. In normal times, feeding costs around $1 million per year, an amount that’s usually funded by parking revenues. The zoo’s nutritionist, Jaap Wensvoort, who worked at royally owned zoos in Dubai before coming to Toronto, is responsible for designing the animals’ diets. He and his team prepare and distribute around 1,500 kilograms of food every day: many animals, including the endangered Vancouver Island marmots and lowland gorillas, need large amounts of fresh fruits and vegetables, while carnivorous creatures like lions and tiger rely on big-ticket items like bones and whole rabbits, and polar bears eat bones, blubber and sustainably harvested seals.

In mid-April, the Toronto Zoo Wildlife Conservancy, which raises money for zoo operations, started soliciting donations from the public in an initiative called Zoo Food For Life. The campaign was a massive success, with some 10,000 donors contributing more than $600,000, covering roughly six months’ worth of food for the animals. In addition to the monetary donations, major food companies like Loblaws have been making weekly donations, based on a grocery list provided by Wensvoort. “We make about 430 different diets every day, and some animals have specific needs and sensitivities,” he says. “Thanks to these donations, we haven’t had to make any major changes.”

The other huge challenge facing the zoo during Covid times: how to care for the animals while dealing with a drastically reduced staff and safe physical distancing requirements. And staff don’t just have to keep six feet from each other—in some cases, zookeepers also have to keep a safe distance from the animals, since some species can contract Covid. Leading the charge in the zoo’s safety overhaul is Joanne Eaton, manager of safety and security. Historically, her role was filled by someone with experience in security and policing, but Eaton comes from a public health background: she’s a registered nurse who worked during the 2003 SARS outbreak. In the age of Covid, it’s turned out to be a blessing to have a safety and security manager with on-the-ground medical experience.

The enhanced safety measures required to prevent an outbreak of Covid-19 are unlike anything the zoo had implemented before. Its usual protocols helped protect animals from catching zoonotic diseases from humans—for example, a staff member with a sore throat and stuffy nose will always refrain from working with great apes, who can catch the common cold, and vets normally wear masks while performing procedures. The pandemic, however, required new focus on preventing person-to-person transmission. About 70 staff, in departments like finance, IT and HR, are able to work from home. Everyone else—zookeepers, veterinarians, maintenance staff, security and some researchers—are divided into two segregated teams of about 100 each, which strictly avoid mixing. Every person is screened for Covid-19 symptoms before they’re allowed to enter the property. Chairs in break and meeting rooms are spaced at least six feet apart. And all staff have been trained in the use of personal protective equipment, donning surgical masks whenever close interaction is required. It took a few weeks for them to get the hang of it: Eaton occasionally had to stop and correct employees who put their masks on upside down. Once, when she noticed employees weren’t observing physical distancing as strictly as she wanted them to, Eaton circulated a YouTube video of Grover the muppet explaining the concept of “near and far.”

Sometimes, physical distancing is just not feasible. Recently, an alpaca named Reggie had to get his teeth filed down, since they’d been growing abnormally and obstructing his chewing. Alpacas live in tight herds and become stressed when separated from their group—an anxious alpaca will whine, put its ears back, flare its nostrils and root itself in place like an obstinate mule. So staff brought along an older emotional support buddy, named Botan, to keep Reggie company on the walk from the alpaca enclosure to the onsite animal hospital. The keepers did their best to stay six feet apart the whole time, walking the alpacas between them and lengthening their leads. The walk still took about twice as long as planned because the nervous animals kept getting spooked by birds on the way. In all, the process took three hours and required two zookeepers, a veterinarian and two vet techs, who often had to be less than an alpaca’s length apart—let alone six feet—to safely sedate the animal and perform the procedure.

For other routine medical work, like blood tests and weigh-ins, two zookeepers usually have to be present for the procedures to be performed safely: when a jaguar gets blood drawn, for example, one person watches the animal’s head and keeps him distracted while another draws the blood.

Despite the chaos of the pandemic, the zoo’s endangered species breeding programs continue to operate, with the goal of preserving genetic diversity and increasing populations of threatened species. In early May, the zoo announced the successful hatching of a Madagascar spider tortoise, a critically endangered species—it’s wriggly, adorable and smaller than your palm. A week later, an endangered Masai giraffe gave birth to a healthy calf at the zoo, following a 15-month pregnancy. The calf was the result of a co-operative breeding program, which works like a dating service for endangered species, where accredited zoos match genetically suitable animals. Thanks to artificial insemination, the animals don’t even have to be in the same room for the breeding to take place, but this time, the calf’s father travelled from Greenville Zoo in South Carolina to Toronto to do his part.

In the zoo’s reproductive science labs, research coordinator Paula Mackie says they’ve asked their graduate students to work from home to maintain a safe environment. Her work includes a “frozen zoo,” where genetic samples of threatened species are stored in liquid nitrogen. The samples—including sperm, embryos, blood products and other types of cells—make up a so-called “genome resource bank” that can be used for artificial insemination and future reproductive research (like scanning for chromosome abnormalities). It works like a genetic time capsule, preserving biodiversity for endangered species. “We’re a piece of the conservation puzzle. We sometimes think of ourselves like an insurance policy,” she says.

In early May, I visited the zoo with Toronto Life’s director of photography, Daniel Neuhaus. It had an eerie stillness—empty and quiet, with only a gentle hum of activity from zookeepers and maintenance staff going about their daily routines. When we entered the main building, a security guard immediately screened us for symptoms from behind a plexiglass pane. Masks on, we made our way through the silent, tranquil African Rainforest Pavilion, which houses gorillas, pygmy hippos and crocodiles, among many other animals. We met a red panda named Ila, who’d been exhibiting nesting behaviours that suggested pregnancy, and she was scheduled for an early ultrasound. Her keepers were all smiles at the prospect of a pregnancy, and cooed reassuringly to the fuzzy-eared, teddy-faced creature as she licked the ultrasound gel off her belly. The ultrasound was inconclusive, but if she is pregnant, it will be a major win for the zoo. As a result of habitat loss, poaching and a fragmented population, there are fewer than 10,000 red pandas in the wild.

We spent the rest of the day driving around the zoo’s deserted roadways, chatting with zookeepers and photographing animals. In the afternoon, a Siberian tigress named Mazyria approached us curiously and looked me straight in the eye through her glass enclosure. She’s a new cat, who just arrived in January. Nigel Parr, her keeper, said she’s been a lot more interactive with him since the guests stopped coming. Looking into Mazyria’s enormous yellow eyes, I thought about how this creature and I are both stuck in the middle of a pandemic, each feeling the loss of human connection in our own ways.

The animals, behind the scenes

With a reduced staff and no visitors, the animals were missing human interaction. They practically posed for the camera

The humans, behind the scenes 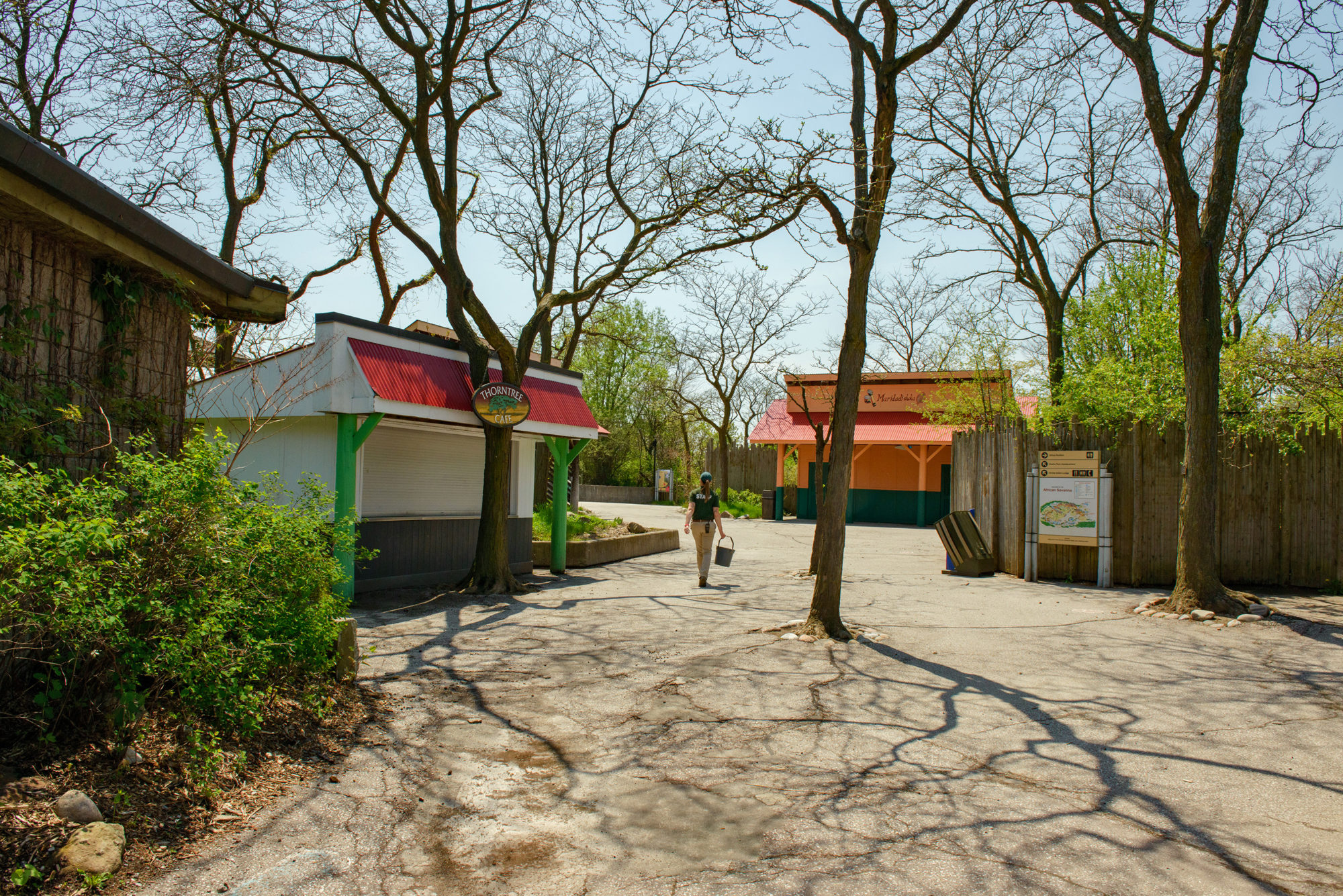 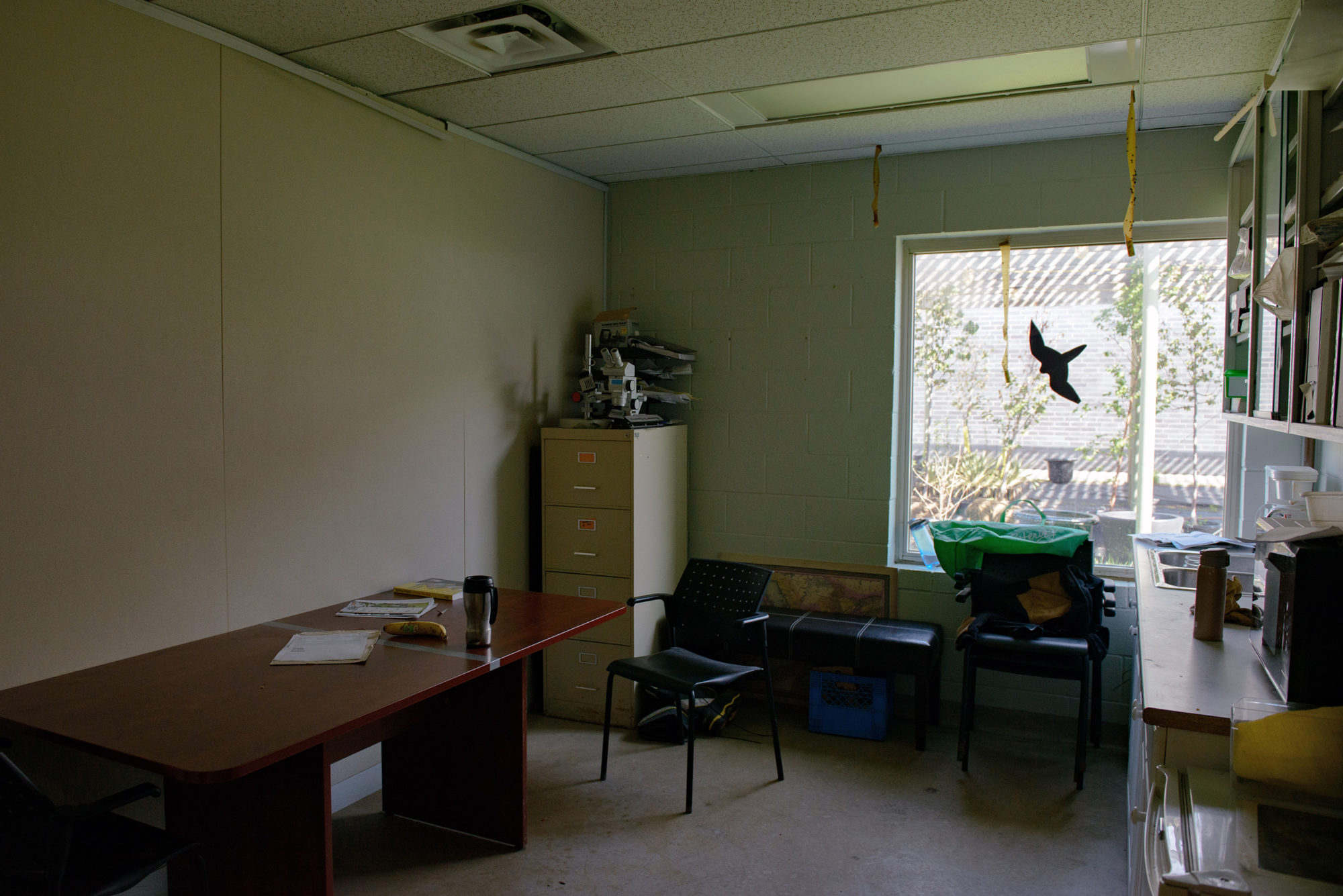 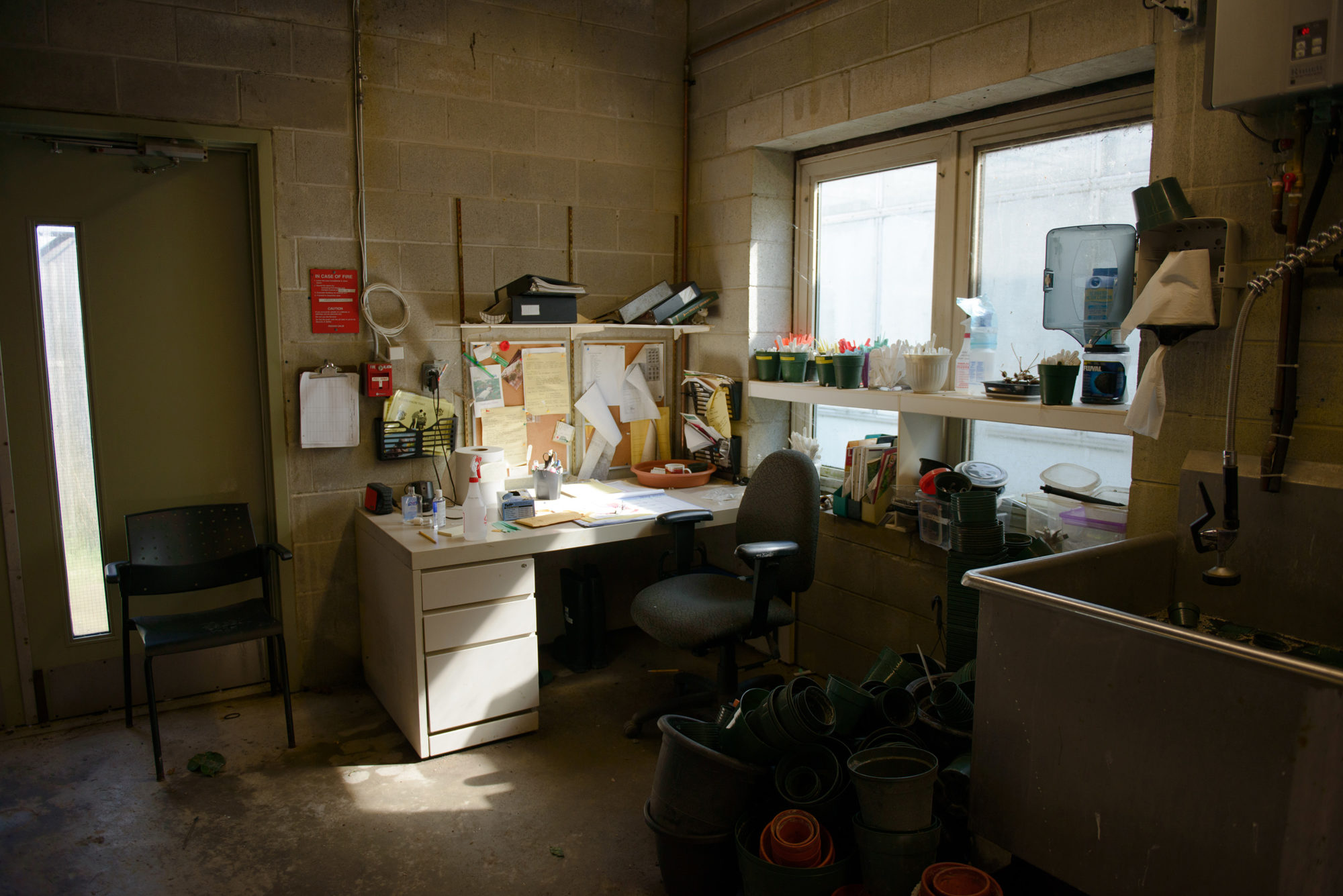