“I was more nervous than when I sang for Will and Kate”: How soprano and CBC host Julie Nesrallah gave a concert from her fifth-floor balcony

“I was more nervous than when I sang for Will and Kate”: How soprano and CBC host Julie Nesrallah gave a concert from her fifth-floor balcony 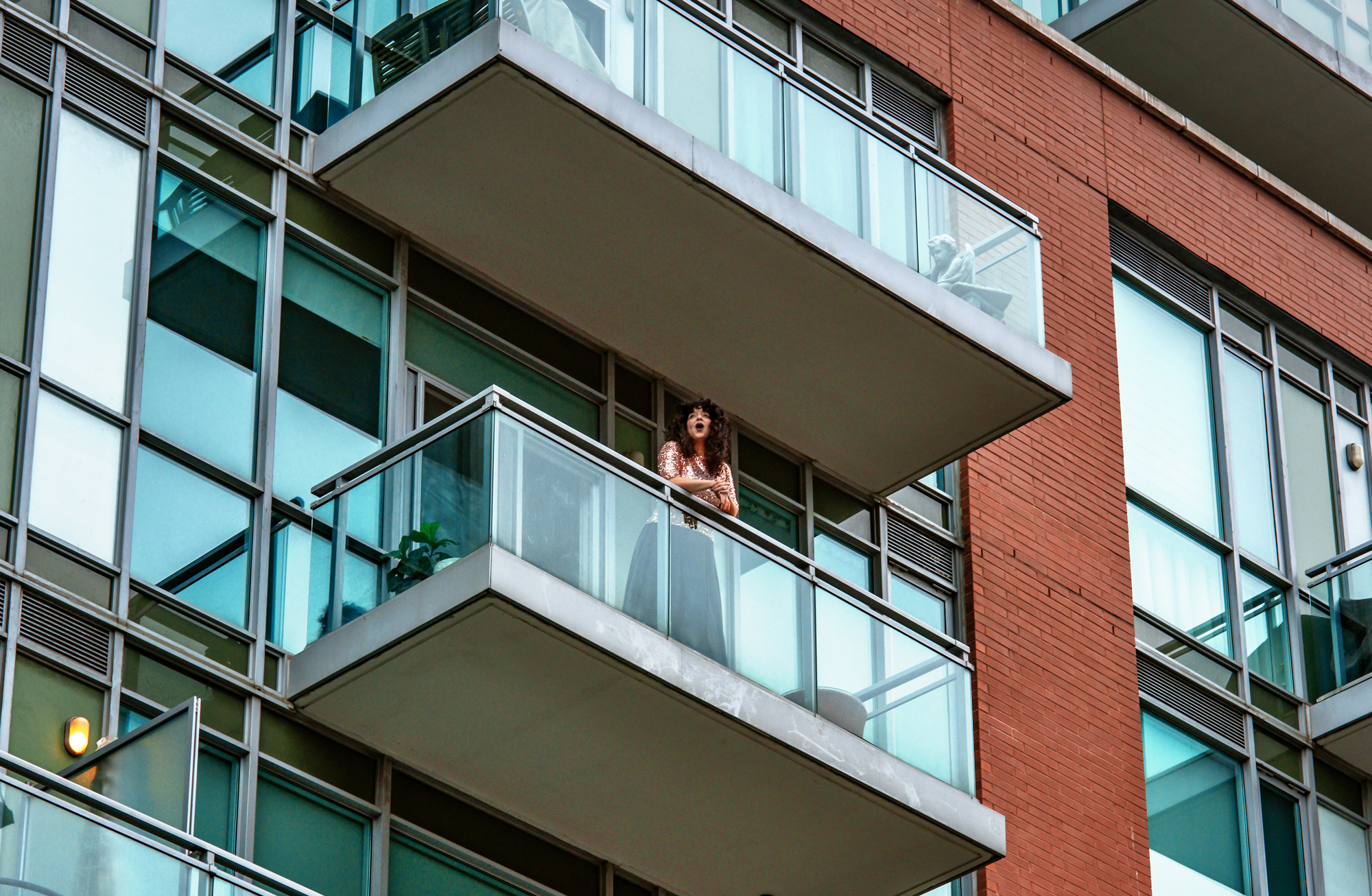 Last week, I saw the Italian tenor Maurizio Marchini singing from his balcony in Florence. Italy is in such a desperate situation, so I was moved to see this act of artistic expression that was so small yet so big. I asked my followers on Twitter, “Should I do it, too?” I was kind of joking, but the response was huge—more than 2,000 likes—so I figured, Okay, I guess I’m doing this. That same evening I tweeted that I was going to perform the next day at sunset from my condo balcony. I let some of my neighbours in the building know, too.

I went with a black dress because I wanted something formal but not too flashy. Most women have the little black dress, and if you’re an opera singer, you have the little black gown. “O Sole Mio” felt like the right choice because it’s the song everyone knows and sings in the shower—at least the first line. It’s also an Italian song, which felt like a nice way to pay tribute, and it’s about the sun coming out after the rain, which is a perfect message for what we’re all going through. Best of all: it’s short. Some of the arias I usually sing professionally have a lot of verses, and I didn’t want to annoy anyone. It’s a public space and I know opera is not everyone’s cup of tea.

When I stepped out onto my balcony, the first thing I felt was cold—not ideal conditions for singing because your vocal cords can tighten and you have to deal with shivering. As soon as I got started the adrenalin started pumping, so that warmed me up. It was surreal to see the people down on the street, to feel so connected to total strangers.

It’s funny, I felt more vulnerable performing on my balcony than I ever have on stage. (Even the time I performed “God Save the Queen” for Will and Kate when they were visiting Canada—at least then I knew that people were there to see me). I wasn’t sure what the reaction would be, but it was amazing. People in my building came out onto their balconies to watch. After I was done, a man in his car started honking in appreciation, so it was like a real celebration. My partner taped the performance, and we put it up on YouTube. The response there has been incredible. Last I checked it had received more than 200,000 views. That’s definitely the biggest concert I’ve ever given. On Twitter, people said things like “you’re an angel on earth—thank you.” I’m no angel, but it was really nice to feel like I was able to do something to make people happy. Most people—there was one guy who just wrote, “Shut up.” I thought that was pretty funny, so I liked his tweet.

The only thing I regret is that there were people who arrived just after I finished. They were tweeting me saying, “We came to see the show! Where are you?” I’m thinking I’ll probably do it again, maybe next week. I’ve received a lot of requests for the famous aria from Carmen. I hope those people who missed the show can come back and watch. As long as they stand six feet apart.

This is a weird and scary time, but one bright spot has been watching so many artists performing online and sharing their talent. I’m so happy to have been a small part of that. People don’t understand that if you’re a performer, you’re compelled to perform, whether someone is paying you to or not. It’s what we do. So, yeah, I guess I’ll be doing an encore.