“I was appalled to see the prime minister making those comments”: A U of T epidemiologist on the myth of immunity debt and the real reason everyone’s getting sick

“I was appalled to see the prime minister making those comments”: A U of T epidemiologist on the myth of immunity debt and the real reason everyone’s getting sick 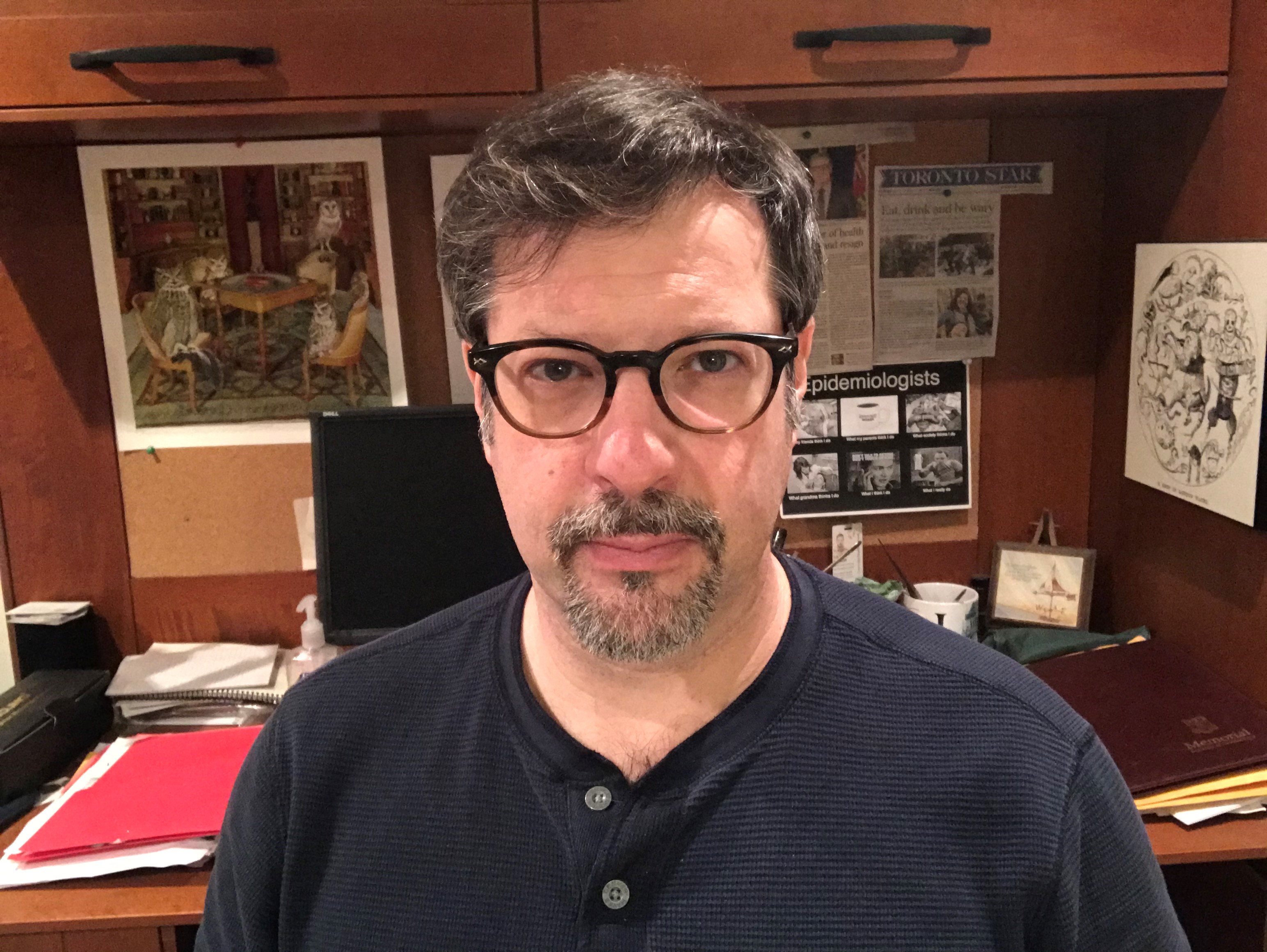 If you have a kid at home, there’s a good chance they spent the last couple of months snotty, feverish, barfy or worse. Young people in particular have been pummelled by the tridemic of RSV, influenza and Covid-19—and you’ve probably heard that “immunity debt” is to blame. Even Justin Trudeau has parroted this popular theory that our immune systems have gotten weak after two years of coddling behind masks and under lockdowns. There’s just one problem: “It is totally, totally wrong,” says Colin Furness, an epidemiologist at the University of Toronto’s Faculty of Information who believes that Covid infections, not public health measures, are to blame for weakened immunity. Here, he explains why.

For weeks now, it has felt like the entire city is sniffling or worse. Is the tridemic something we could have predicted?
It’s predictable that we’d be seeing higher virus rates at this time of year, when we’re spending more time inside sharing air. But the severity of the illnesses has been unexpected. I wouldn’t say that what has happened over the past couple of months was predictable—the Covid we’re dealing with today is not the Covid of previous years. The virus has changed its game, which is what viruses do to be successful. They have to figure out how to fool people’s immune systems, which they can do by mutating, just as the new Kraken variant has. The flu and the common cold are both incredibly good at mutating, which is why they’re back year after year. And they can also reinfect people by figuring out how to hinder the immune system. This is what measles does, and it’s looking more and more like this is what’s happening with Covid: the virus is harming immune systems, which is why annual mainstays like RSV and influenza have been so much worse.

I’ve heard a lot of people say that their flu was way worse than their experience with Covid. But you’re saying Covid is to blame?
Exactly. I would bet that the people who had a really bad flu recently also had Covid in the past eight months or so. The same is true of young people and the amount of severe RSV we saw this season.

I thought our immune systems had just gotten weaker because we spent two years behind masks.
This idea of deferred immunity or “immunity debt” has become very popular. Even the prime minister was behind the podium last month saying that mask wearing and public health measures were to blame for all the sick children. I understand why the public may see this as plausible, because so many aspects of our bodies and minds do work that way. If you don’t exercise your muscles, you’re going to get weaker; if you don’t practise most skills, they’re going to get rusty. So we have this mental model in which the idea makes a lot of sense, but the problem is that our immune systems aren’t a muscle or a skill—it’s not a use it or lose it situation.

What kind of situation is it?
A metaphor that I have been using imagines our immune system as a photo collection. It takes a snapshot of every pathogen it encounters so that it can recognize the bad guy for next time. This is how our immune systems fight back. The photos don’t fade because they aren’t looked at for a few years; they just sit there until they are needed. When a virus mutates, it’s trying to disguise itself to evade detection. But, with Covid, the virus is also punching holes, fading or wearing out the photos—making them less and less useful as tools for identifying other viruses. Instead of immunity debt, we should be thinking about immunity theft.

On a scale from educated guess to proven scientific fact, where does your theory fall?
This isn’t my theory—American immunologist Anthony Leonardi has been the leading voice on the idea that Covid is suppressing immunity. He first introduced the premise over a year ago, and since then we’ve seen mounting evidence. That’s how science works: you have a theory and then you collect evidence that either supports or refutes it. And, in the case of immunity debt, the evidence just isn’t there. You’ve probably heard this theory of a “double cohort,” meaning two years’ worth of infants and toddlers who are now being exposed to RSV for the first time, but that already happened in fall 2021. And that theory doesn’t explain why children are getting so sick.

And immunity theft does?
That is what a lot of the evidence is pointing toward. Last year, I started following pediatric hospitalization rates in the US, which were extremely high because of the Omicron wave. I was worried that we would have a similar situation here in Canada, where our health care system really couldn’t handle the stress. I made a big stink about it, but in the end, I was happy to be wrong—or at least partly wrong. We did have record numbers of RSV in fall 2021 and winter 2022. This year, the overall infection rate was lower, but instead we had an alarming number of very sick children, which is why we had the overcrowded hospitals and children on ventilators. So what happened? What is the difference between this season and last season? The answer is that, last year, young people were, by and large, just starting to get Covid, whereas by the time RSV came this year, a large majority of young people had already been sick with Covid. And immunity theft may have evolved over the past year as well.

You mentioned evidence. Have there been studies to support what you’re saying?
There have been studies looking at the way Covid causes T-cell exhaustion. We now know that the virus can directly infect T cells (the guardian cells that spot infections and help defend the immune system), which we didn’t know before. There was also a study conducted by a group of pediatric specialists at several American hospitals where they looked at three groups of babies. The first group had RSV and Covid at the same time with very high viral loads, which sounds bad; the second group had RSV and Covid at the same time with low viral loads, which sounds less bad; the third group was babies who had RSV and had previously recovered from Covid. It was this last group that was by far the sickest—the ones that had to be ventilated. But it was a small study. You need more participants in order to get a consistent result. And of course it could be a giant coincidence, but it is frighteningly in keeping with this idea of immune system harm.

There are some experts who say that the threat of RSV is behind us and that the flu also seems to be winding down. Doesn’t that suggest things are getting better?
RSV season is like clockwork: it arrives late fall through December, so the fact that rates are coming down doesn’t tell us anything. And flu rates may be declining at this moment, but the flu is a very slippery customer. The virus changes every year, and the timing of the peak is always different. I think we need to watch what happens over the next few weeks: if we’ve got a population of immune-damaged babies and small children, the flu could get really ugly. And the other thing to look out for are fungal infections, which are no big deal with a healthy population, but if we’re dealing with a population with weakened immune systems, that could get really bad.

And, still, the prime minister and even Ontario’s chief medical officer of health are saying that masks are part of the problem. Does that just make you want to scream?
I was appalled to see the prime minister making those comments. And then, shortly after that, he was at a mall pressing his face up against a bunch of children—no mask. That’s the big problem with the false narrative of immunity debt: it’s encouraging people to do the exact opposite of what we need to be doing to keep everyone safe. You hear people saying that we should all just get out there and expose ourselves, but there could not be a worse strategy. I know it’s the same story and people are tired of it, but we should all still be trying not to get Covid. And, if you have had Covid, you want to be even more careful about avoiding other infections. I get it: people are tired and they just want to get back to the happy normality of 2019, which is very appealing. I want that too—I’m just not willing to step away from science to find comfort.