“I don’t like the job Ford’s done”: Which issues mattered the most to voters? We went to a polling station to find out

“I don’t like the job Ford’s done”: Which issues mattered the most to voters? We went to a polling station to find out

Well, that’s it, the provincial election has been decided, with a not-so-surprising outcome. The Progressive Conservatives, led by Doug Ford, rumbled to another majority government, leaving everyone else in the dust. Yesterday, we caught voters exiting a polling station in Vaughan-Woodbridge—the riding of recently departed Liberal leader Stephen Del Duca—to find out who they voted for and which issues mattered the most. 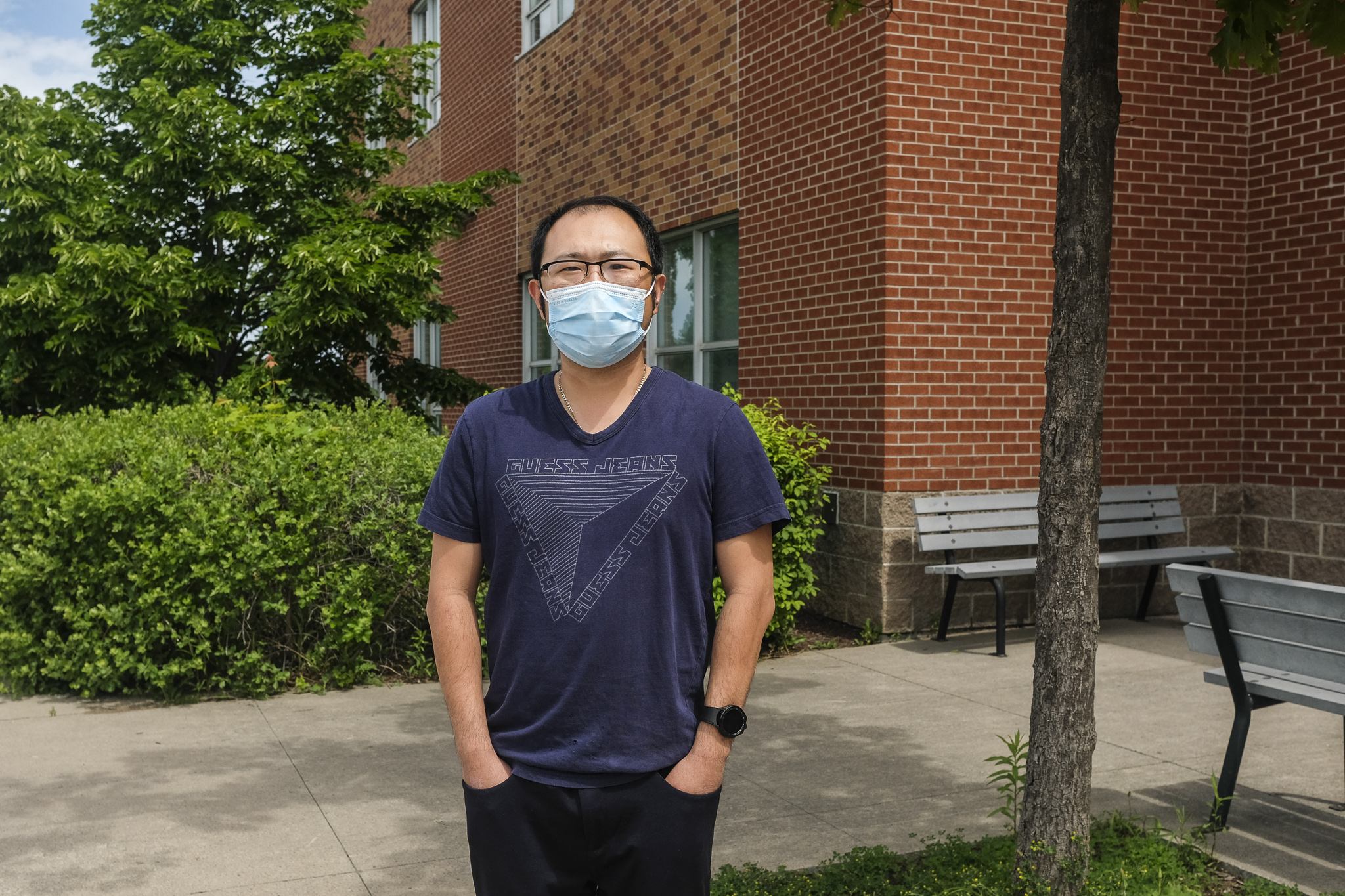 Who did you vote for?
I voted for Michael Tibollo, the PC candidate. In general, PC’s are my favourite. Their policy is reasonable. I’m Chinese, and with my background, it feels like they are better for my future and the future of Ontario.

I think that, for example, Ford thinks more about the people, about people like me and my needs. I like that when he says he’ll do something, he does it. 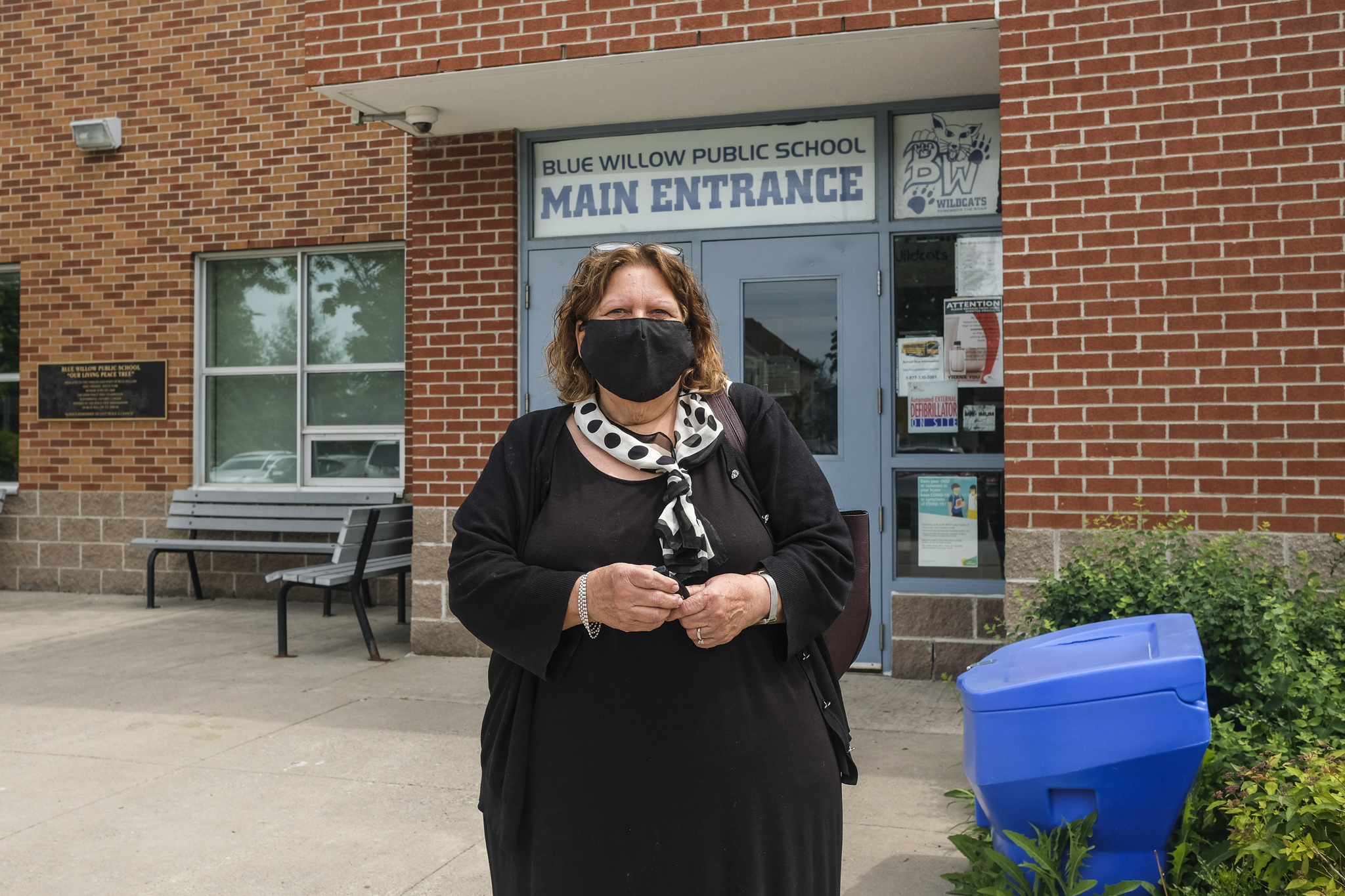 Who did you vote for?
The Liberals. As an educator, I’ve always preferred voting for the Liberals over the Conservatives. I’d vote Green if they were stronger.

Which policies mattered the most?
I vote Liberal for the policies. Steven Lecce, the PC education minister, was trying to increase class sizes. For all of the educators who want to promote education and opportunities for students, Liberal is the way to go.

What do you think of Del Duca?
I think he’s got a good chance here. 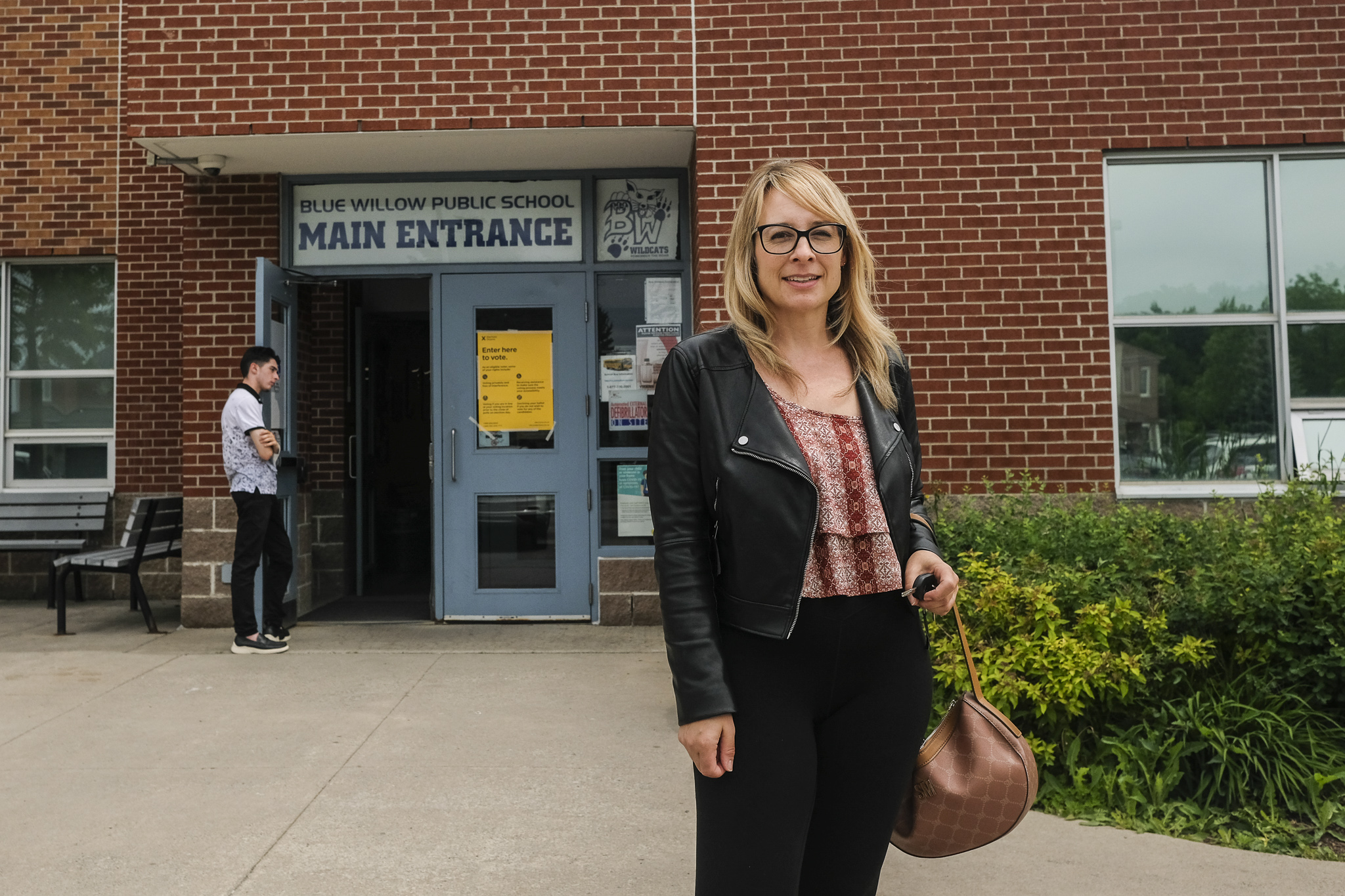 Who did you vote for?
I voted for Ford. I voted for him in the last election and I think he did a good job handling Covid. I’m just more in line with him and the platform. I think he’s good for small businesses.

What do you think of Del Duca?
I think that Del Duca doesn’t have a good chance. I see a lot of the construction unions supporting Michael Tibollo, so I think he’ll be re-elected, but there’s a chance it could go either way. It’ll be tight. 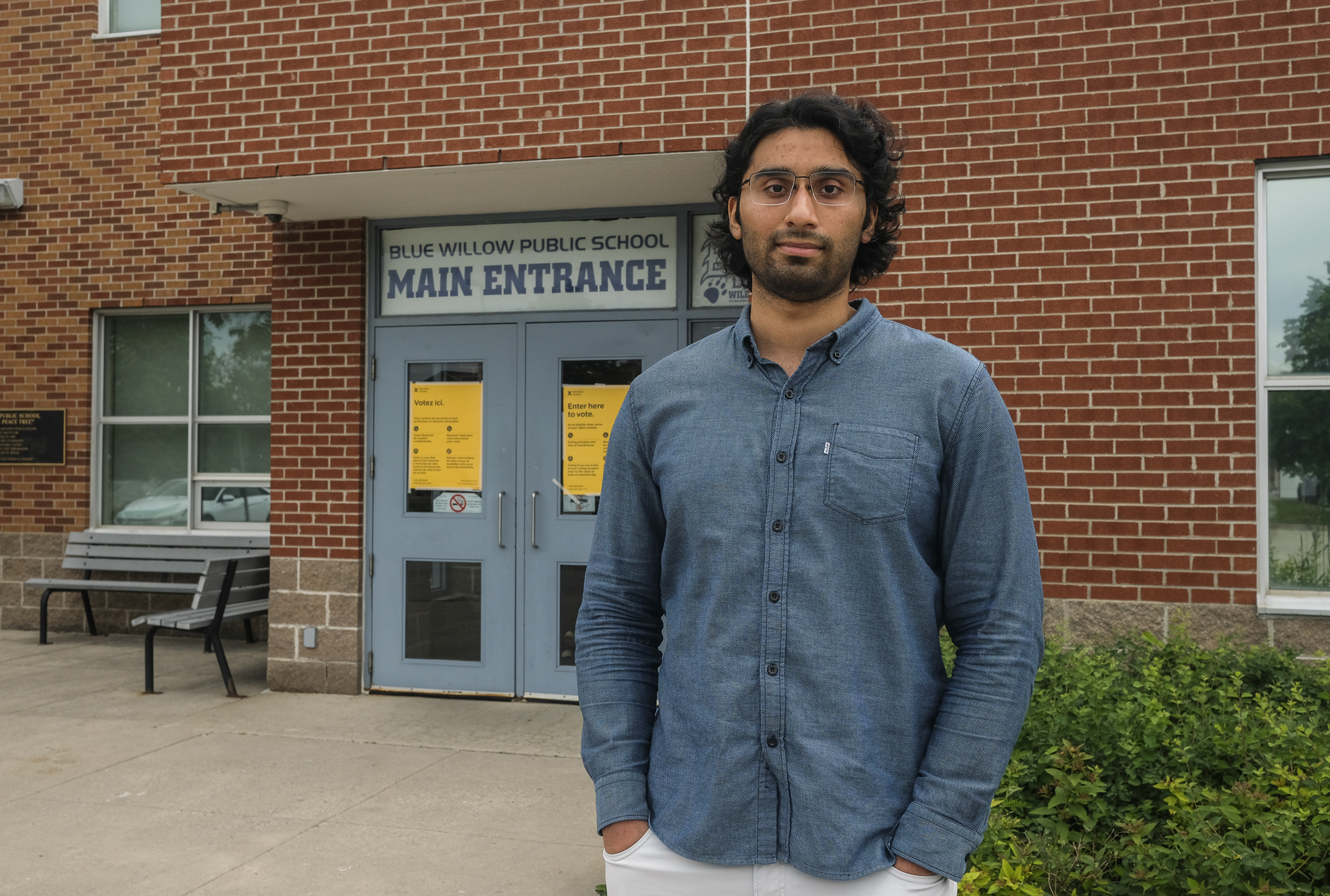 Who did you vote for?
I voted NDP, partly because I couldn’t really make up my mind. It’s hard to distinguish between the two big candidates, the Liberals and Conservatives. I also don’t like the job Ford’s done, so I wasn’t going to vote for him.

I wasn’t really confident in the platform the Liberals had put up online. So I was like, “Okay, let’s see if the NDP can do something different.”

What do you think of Del Duca?
I moved here after the 2018 provincial election, so I didn’t know this was his riding. I found it funny that he’s the leader of the Liberals, but he doesn’t have a seat. 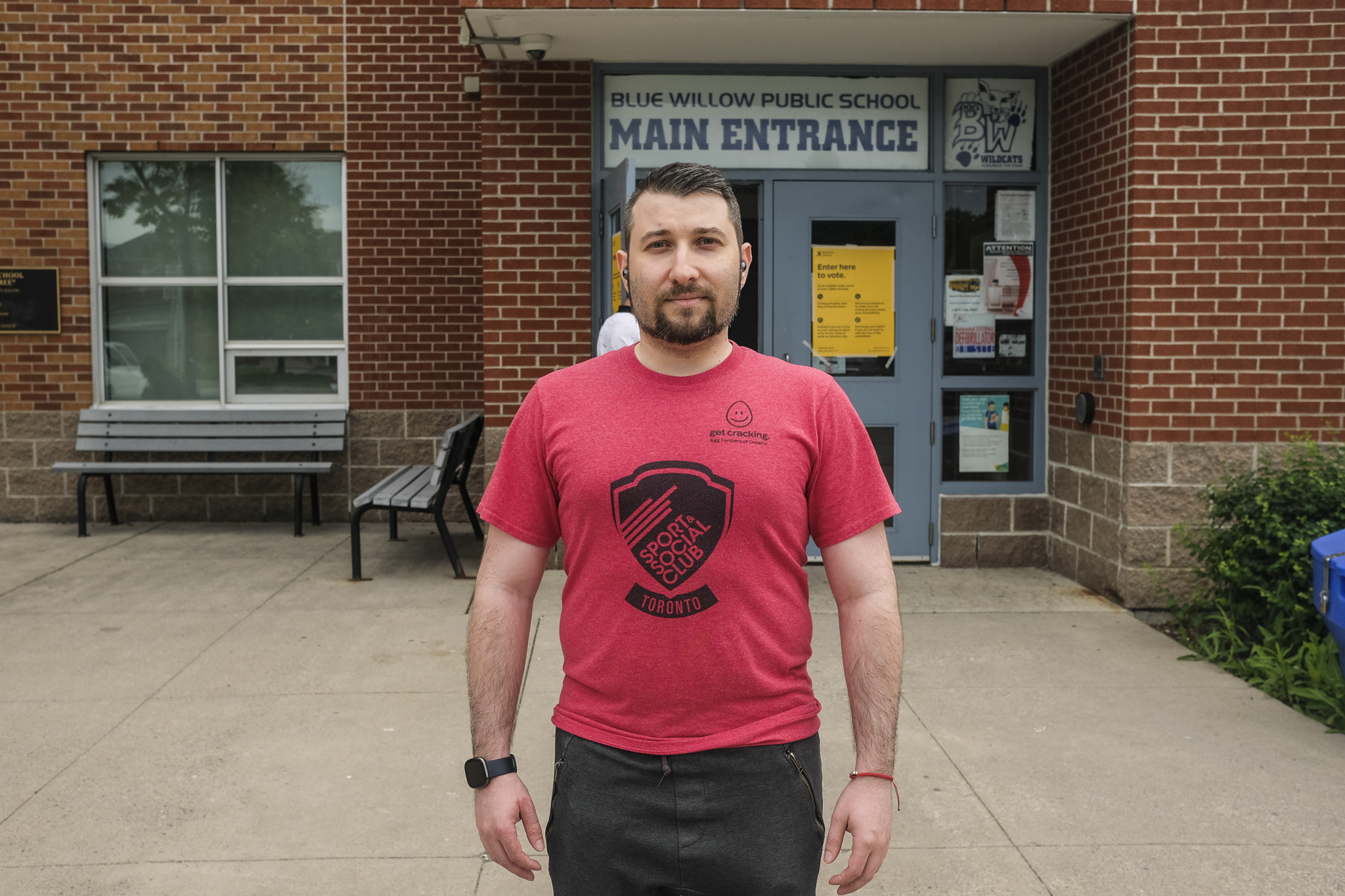 Who did you vote for?
I voted Conservative, because I don’t agree with the current direction the Liberals are going in. I think a Conservative government is what we need to get the economy back on track. Our economy is in shambles—we’ve spent way too much money, inflation is out of control.

Which issues mattered the most?
Economy, rate of inflation and debt. I’m worried for the future. Who’s going to pay off our debt? By the looks of it, it won’t happen in my lifetime. We’ll pass it on to our children, and that’s gonna hurt them.

I know housing right now is a crisis, but I think we have to tackle the inflation first, get our national debt down, and once people are working and making good money, they can afford whatever they need.

It’s not that houses are out of reach. Yes, they’ve gone up, they’re expensive, but the cost of living has gone up as well, and pay checks haven’t matched that. We need the money to afford everything, and I think the PC’s are going to help with that.

What do you think of Del Duca?
I think it’s slim that Del Duca will win. He’s plagued by the past, from Kathleen Wynne, who I think left a bitter taste in people’s mouths. But also because of this financial crisis we’re in, I don’t think the Liberals have much of a chance. 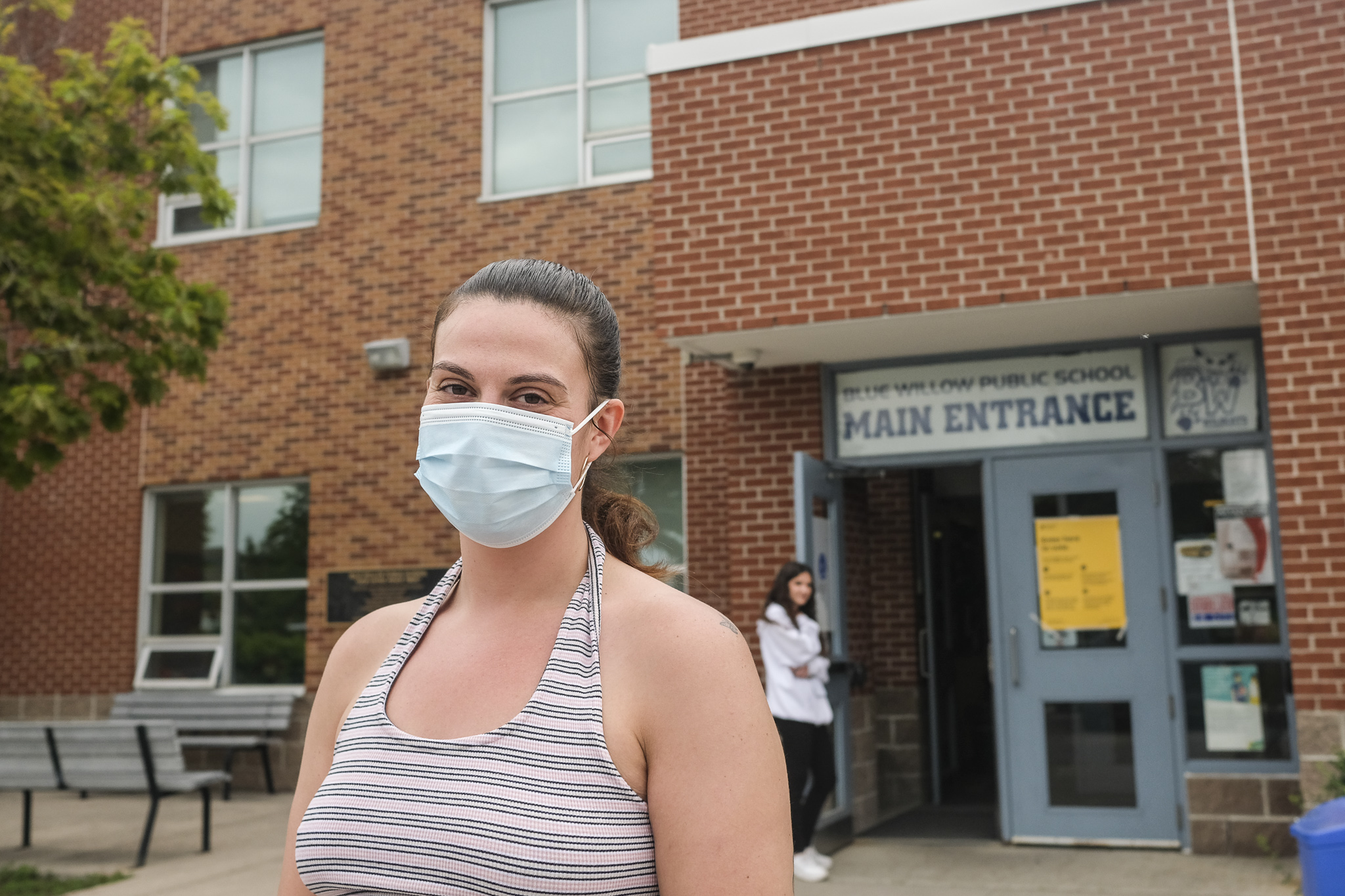 Who did you vote for?
I voted Liberal because it’s the strategic vote to not let the Conservatives win.

Which issues mattered the most?
As a lab technician, we process all the Covid swabs and cancer screenings, we match blood for transfusions, and Doug Ford has screwed us over more than nurses, because not only are our wages capped, but our union can’t even negotiate higher wages for us. The employer has the right to just say ‘nope.’

Nobody knows we exist, nobody knows the amount of work that we face and nobody cares. It’s Ontarians’ health that will suffer as the labs get more ignored. A large portion of a doctors’ diagnosis comes from the work we produce. The way this election goes will impact the health of Ontarians, and there’s already a disparity in health outcomes across the province. It’s really scary for me.

Education is also important to me. It’s unfair that kids in schools are suffering. There’s all these mandates and protections for workers, but not for children. Regardless of your opinions on Covid, kids still need some form of protection, and it just seems like the teachers are left out of things.

If you’re part of Doug Ford and his rich friends’ circles, your life is gonna be great, but the rest of us are going to get left behind. The Conservatives have done a really great job of brainwashing people, especially our parents’ generaiton. If they vote Conservative for their whole lives, it’s going to get them more tax breaks, but they don’t care about the working class anymore.

I’m also pretty disgusted by how when the truckers were harassing our province, the police just turned a blind eye, but when indigenous people protest for clean water in their own areas, they get teargassed. Or when people are protesting homelessness, protecting people in encampments because it’s so hard to live in this province, again police meet them with violence. I don’t want to live in a province where people who promote hate and violence get to rampage, and people trying to make a difference get beaten by cops.

What do you think of Del Duca?
Growing up, Del Duca was an MPP where my dad lives. I wanted to show some support because he was part of my community. 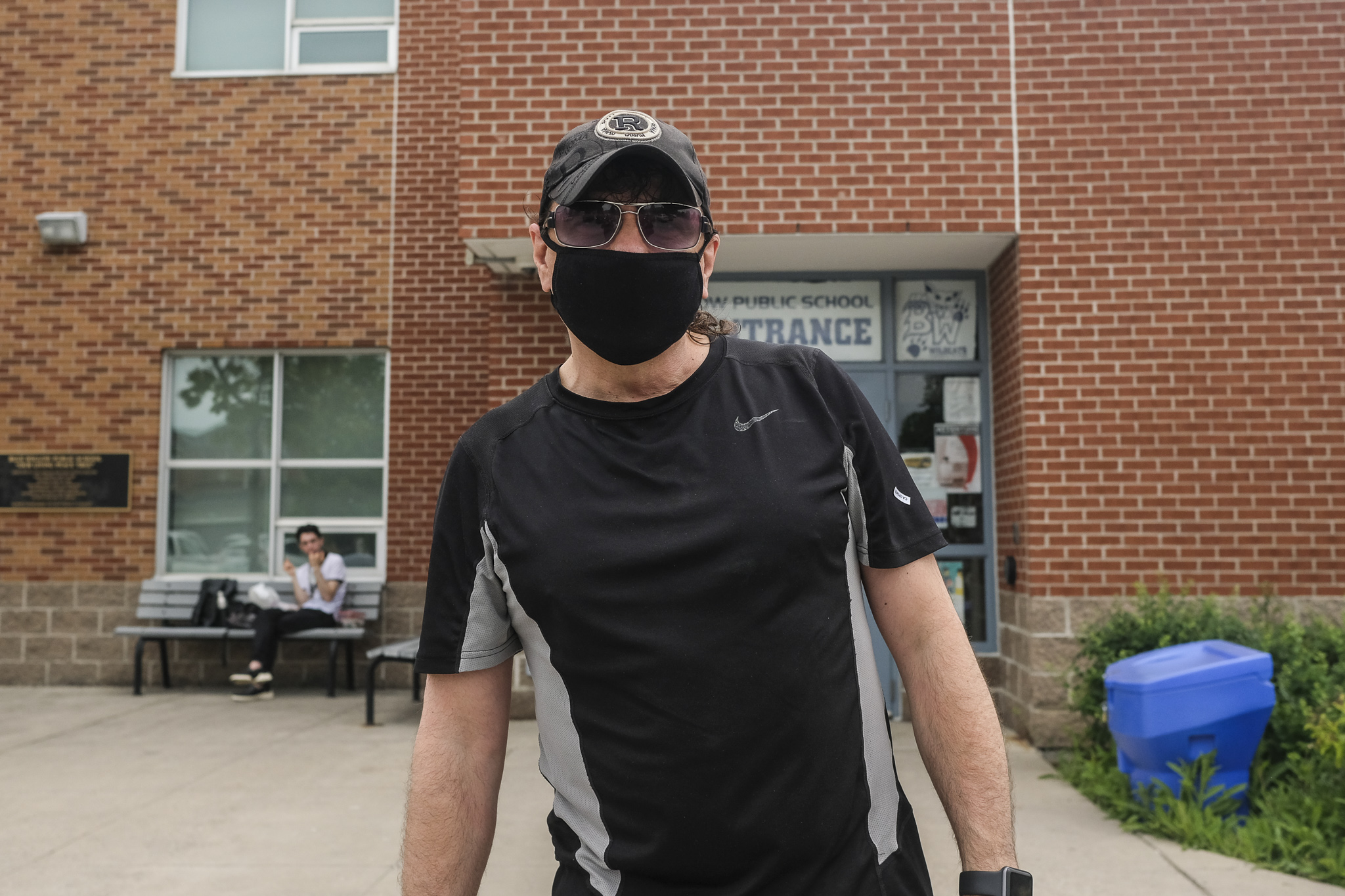 Who did you vote for?
I voted for the Green Party.

Which issues mattered the most?
Our climate is a huge concern, I have kids and grandkids, and things are changing so fast. We need to do something about it.

What do you think of Del Duca?
Living in this area for a very long time, there are a lot of people who don’t have much information when it comes to voting. Their strategy is to vote for whomever they’re comfortable with, and many have been voting Liberal for the last 40 years. I’m gonna say Del Duca does have a chance.