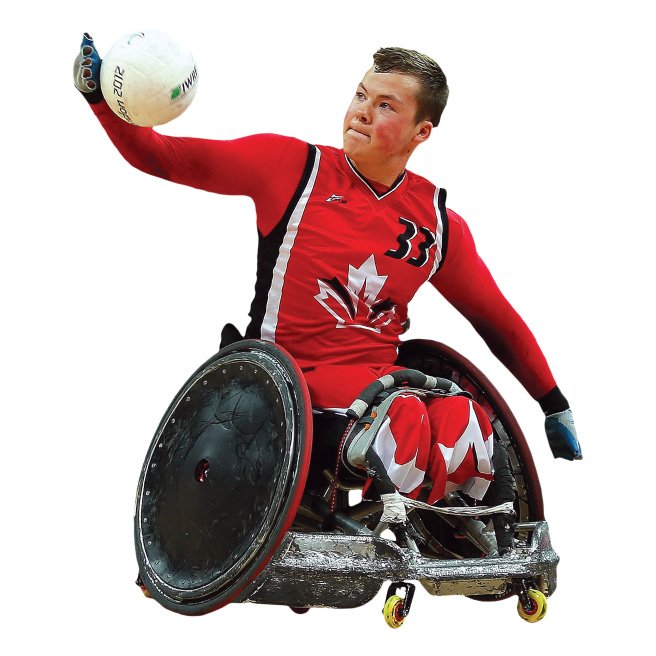 Wheelchair rugby, better known as murderball, is a Canadian invention: the full-contact sport for quadriplegic athletes first emerged in Winnipeg, in the seventies. Today, Canadians are still some of the best in the world at the game. Zak Madell, a 21-year-old Torontonian who lost his legs and fingers to a staph infection at age 10, was the MVP at the last world championships and won silver at the 2012 London Paralympics—and now he’s back in Toronto, getting ready to compete in the Parapan Am Games, which begin on Friday. Here, a look at the armoured vehicle that keeps him and his fellow rugby players (relatively) safe on the court.