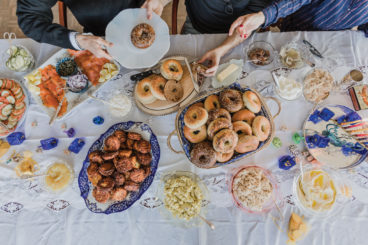 A time-honoured Hanukkah gathering at Yonge and St. Clair

The hosts: Restaurateur Anthony Rose and family
The guests: 18 Rose family members of all ages
The occasion: Hanukkah brunch

Chef Anthony Rose has built a mini empire of restaurants that amplify and playfully reinvent elements of classic Israeli and North American Jewish cuisine. But when it comes to the Rose family Hanukkah gathering, it’s an intentionally traditional affair. “It’s all bagels, lox and cream cheese and fishes and eggs and stuff like that.” 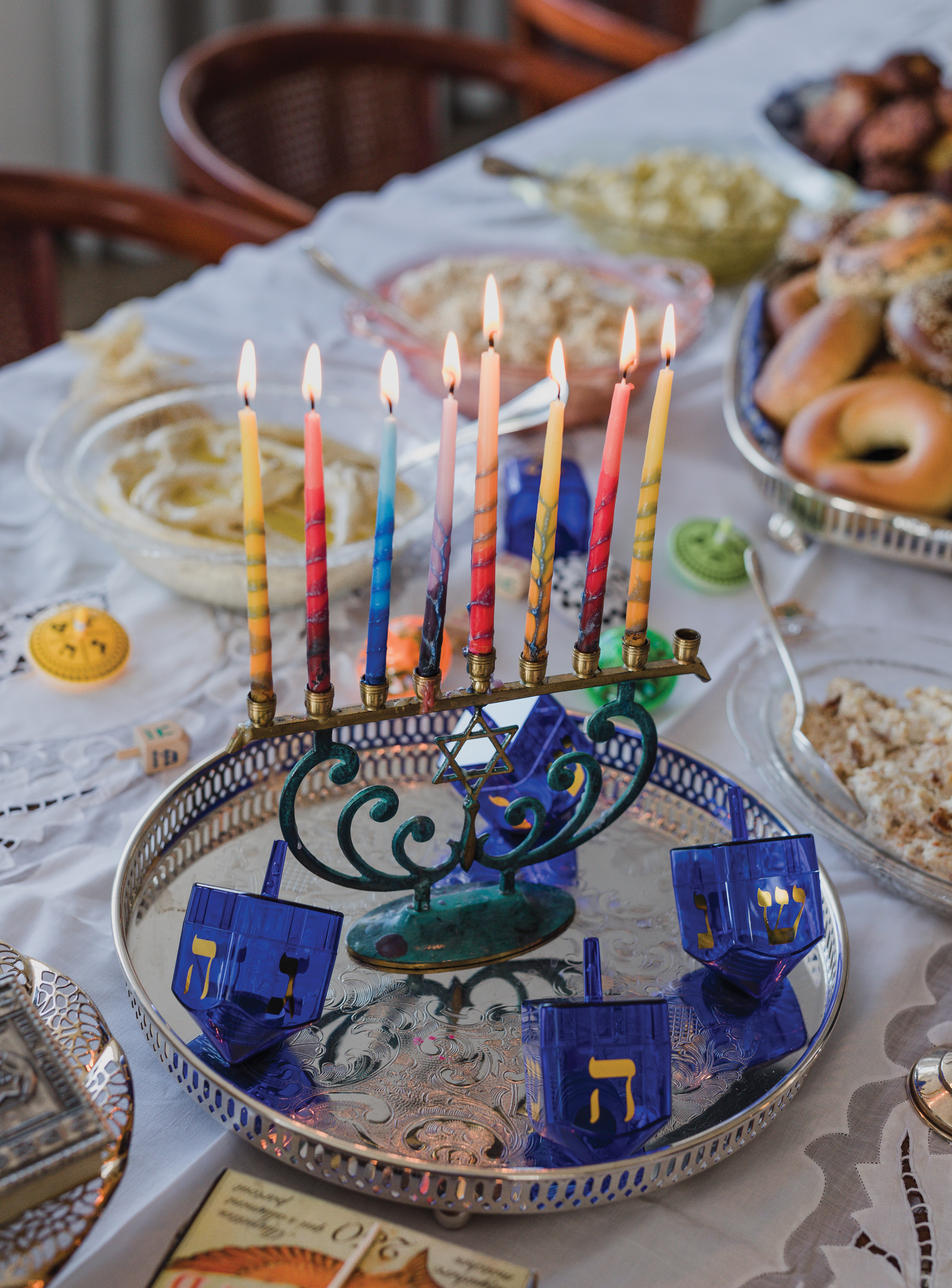 The smoked salmon usually comes from the Smoke Bloke, and there’s often a whole smoked whitefish and schmaltz herring. The family is split on bagels—half go for Montreal-style, the other half go for Toronto-style bagels à la Bagel World—so they bring in some of each. “If it were up to me, I would just have the Bagel World ones,” Rose says. 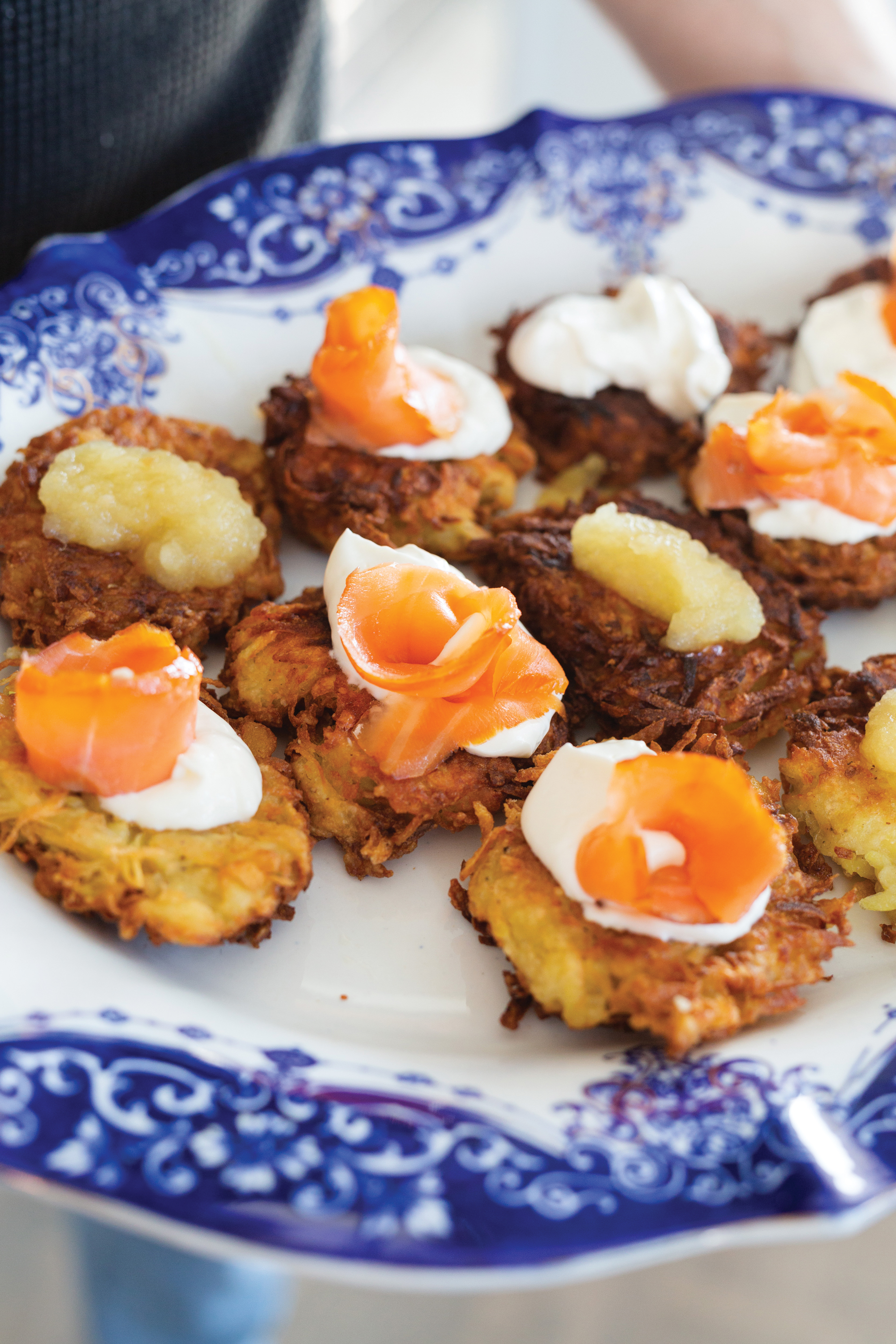 It wouldn’t be a Hanukkah gathering without latkes, and Rose’s family uses a recipe from Rose’s restaurants Fat Pasha and Schmaltz Appetizing. They’re fried in rendered chicken or duck fat, and served traditionally with sour cream and applesauce—but they’re so rich that Rose likes to gobble them down plain. For dessert, Rose’s mom, Linda, prepares her signature wild blueberry crumble. 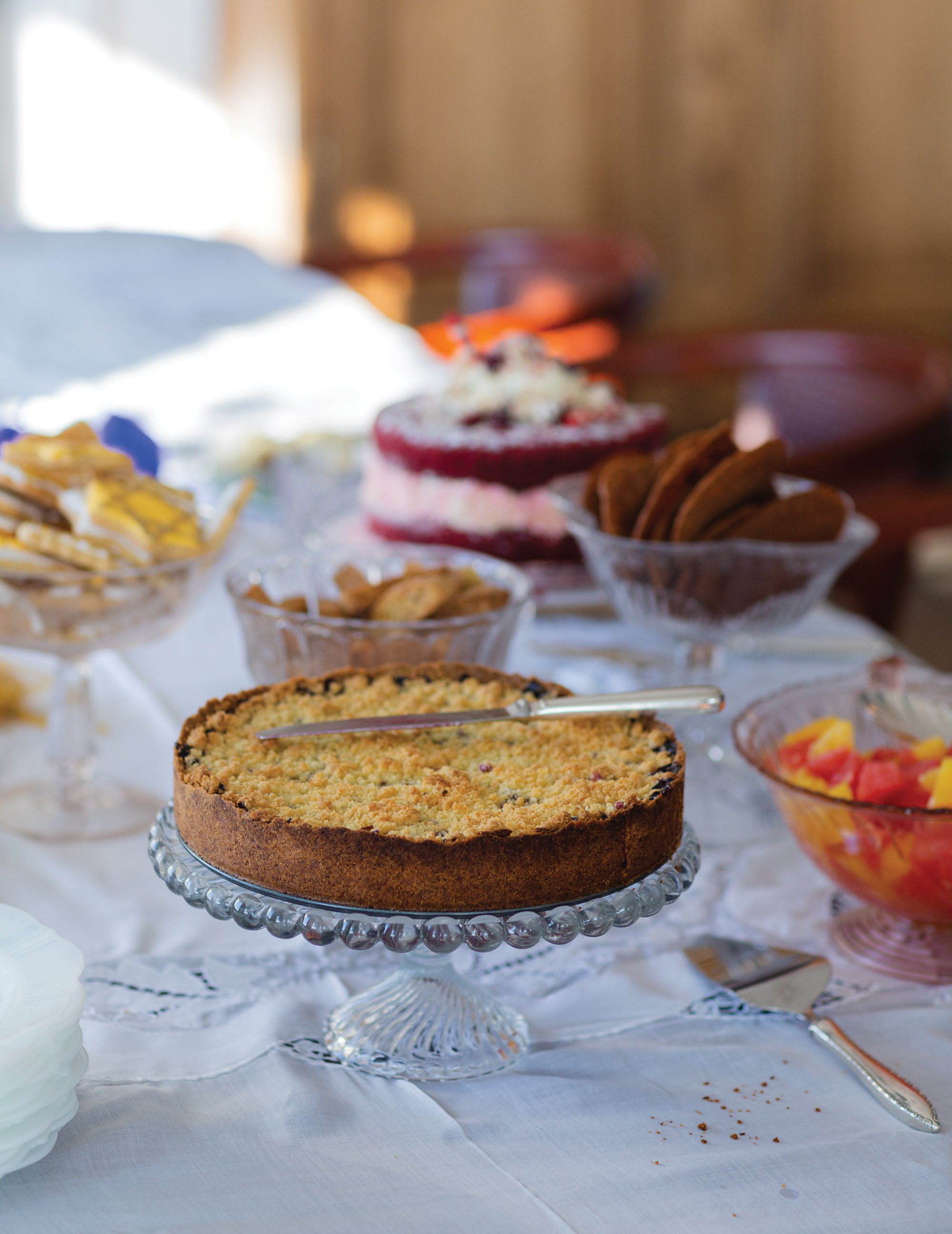 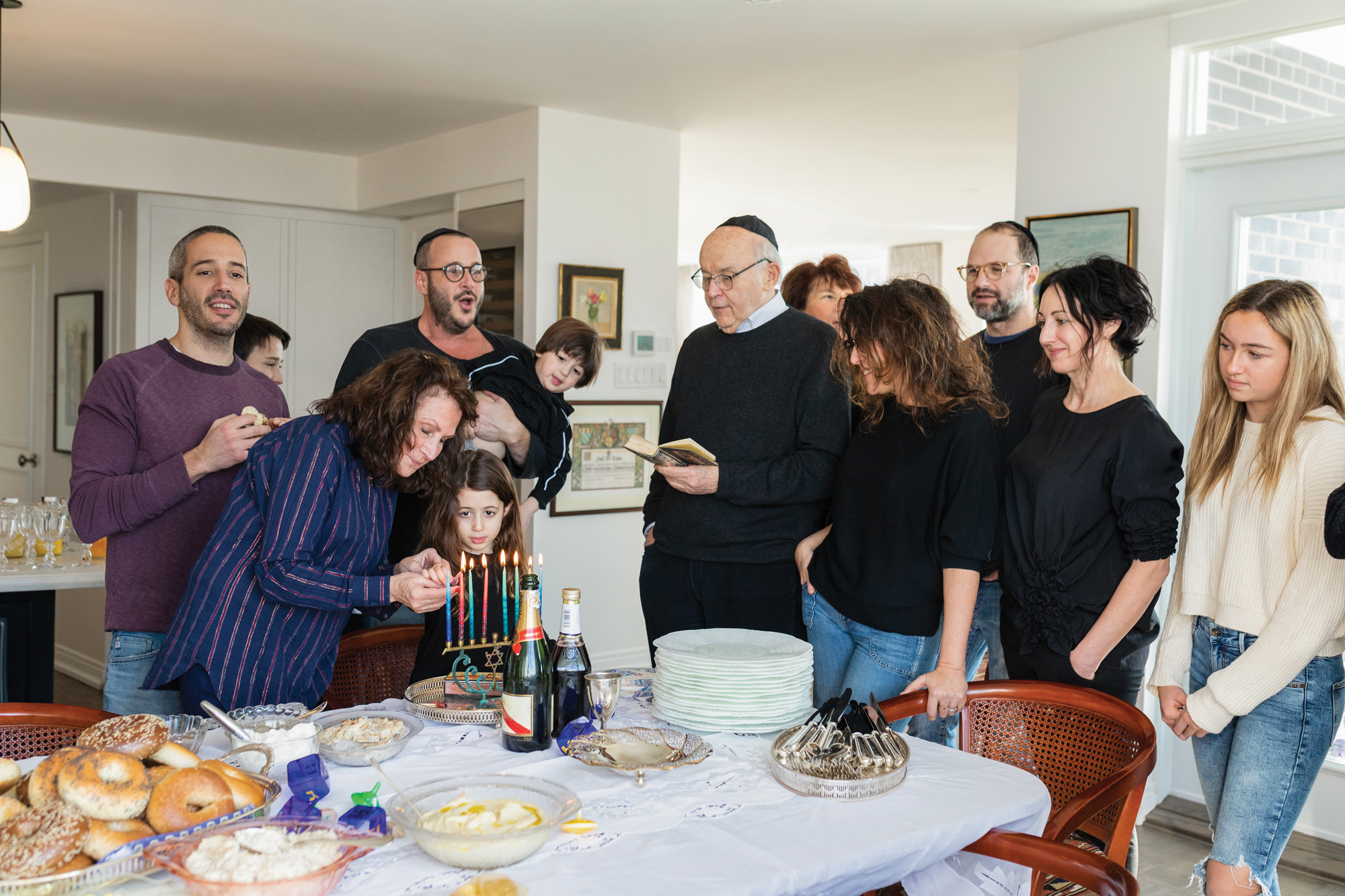 After the brunch, it’s time to open the presents, and it’s customary in the Rose family for the patriarch to distribute the loot. It’s this mix of traditions passed down through the generations—and the food, of course—that makes these Hanukkah gatherings so memorable. “It’s just being together in the same room,” Rose says. “We do the same foods year in year out, and the same prayers, and the same place, and it’s awesome, it’s just beautiful.” 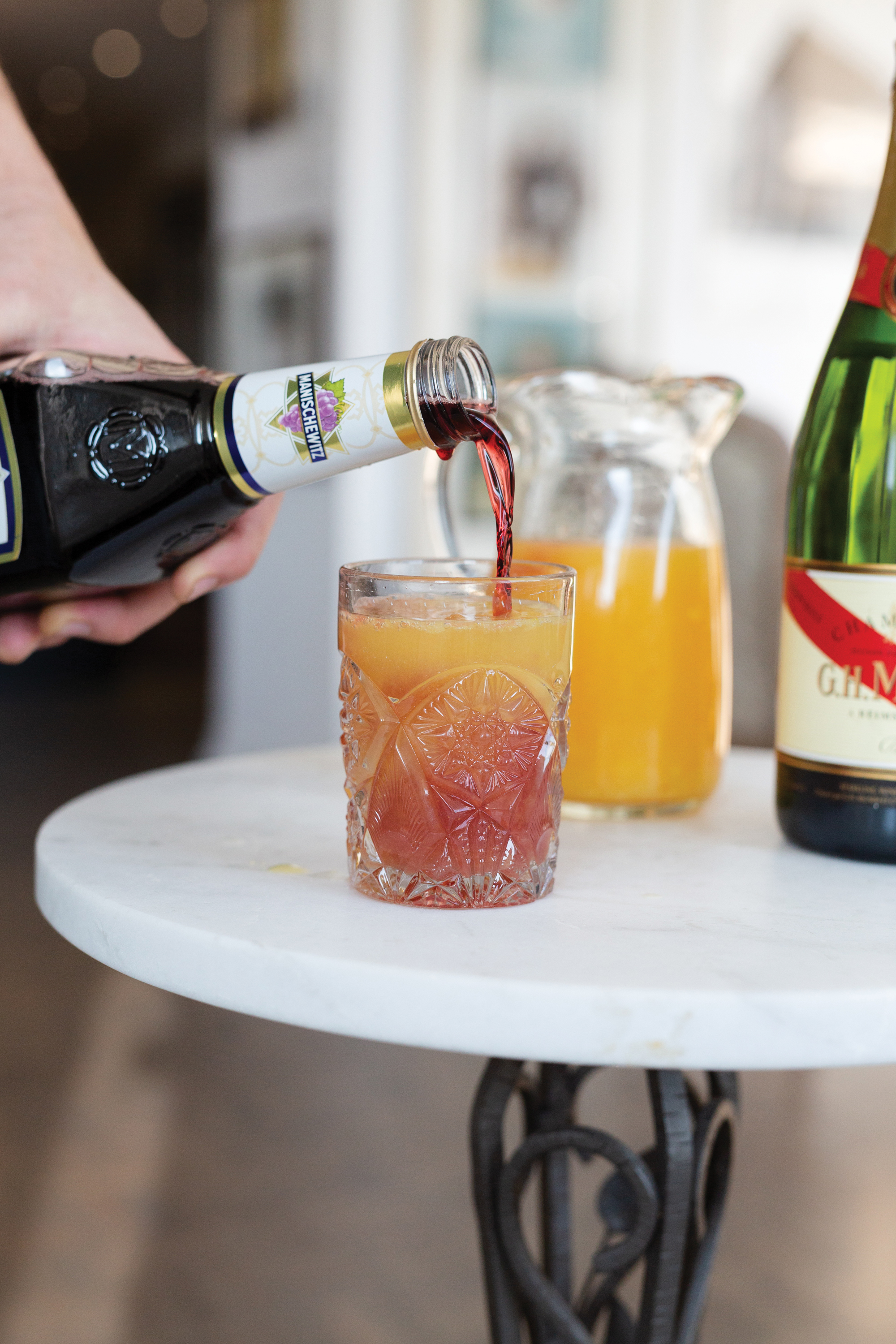 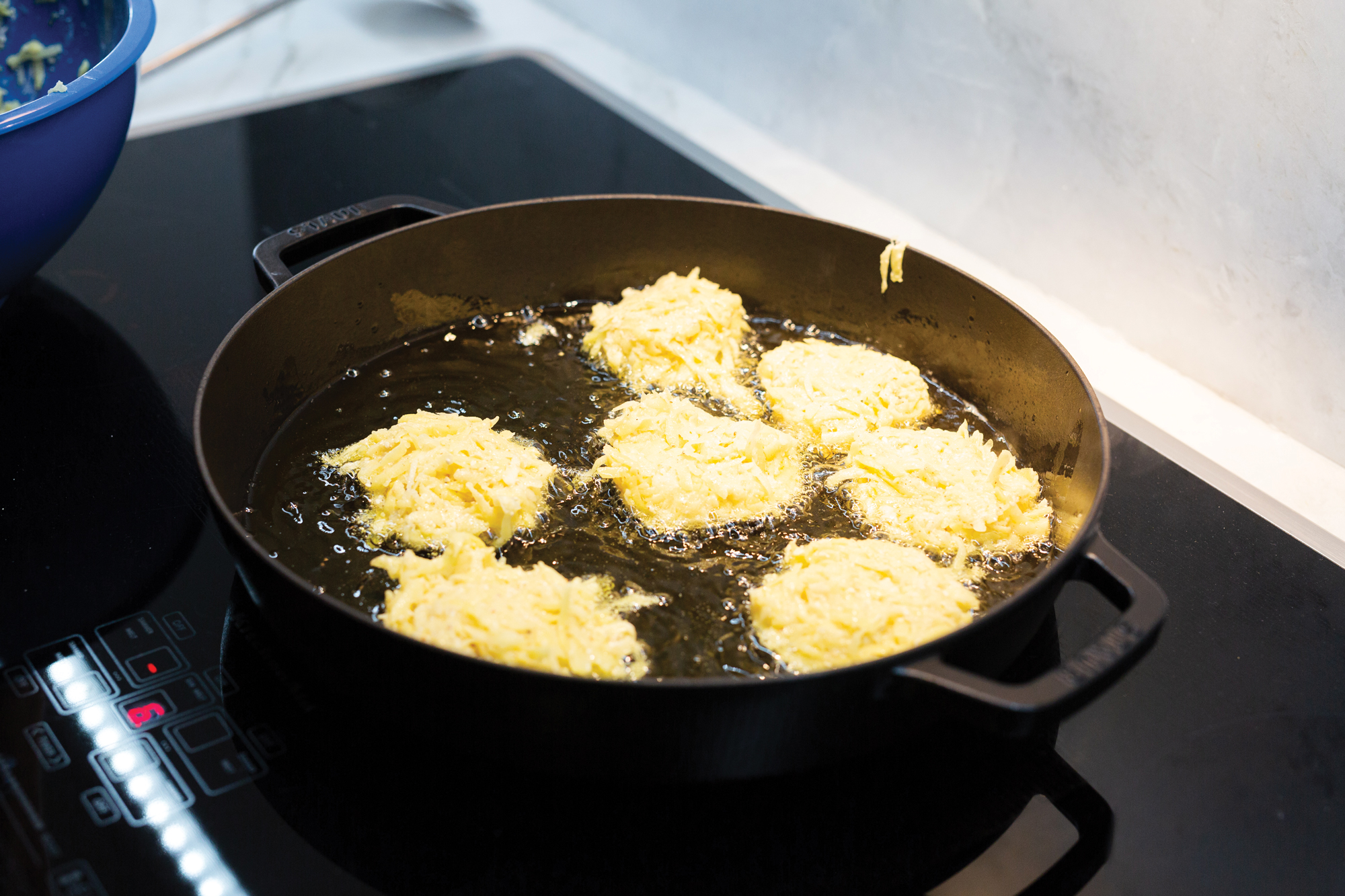 1. Peel and slice the onion very thinly. Season with ½ tbsp salt and let sit for 20-30 minutes.

2. Using the fine side of a box grater, grate the washed potatoes. Place the shredded potatoes and the juices in a large bowl and mix in the onions.

3. Add ½ tbsp salt and the pepper, matzo meal, flour, egg and egg yolk, and stir to combine. Let it sit for five minutes.

4. Using an ice cream scoop, form the latkes into two-ounce balls and squeeze to remove liquid. Reshape and set to dry on a clean dishtowel.

5. Heat the fat in a large pan over medium heat. Add latkes (avoid overcrowding) and fry for one minute.

6. Press down on the latkes with a spatula to form a patty and fry for 3-4 minutes per side.

7. Remove the latkes and place on a plate lined with paper towel. Season with salt and serve with sour cream and applesauce. 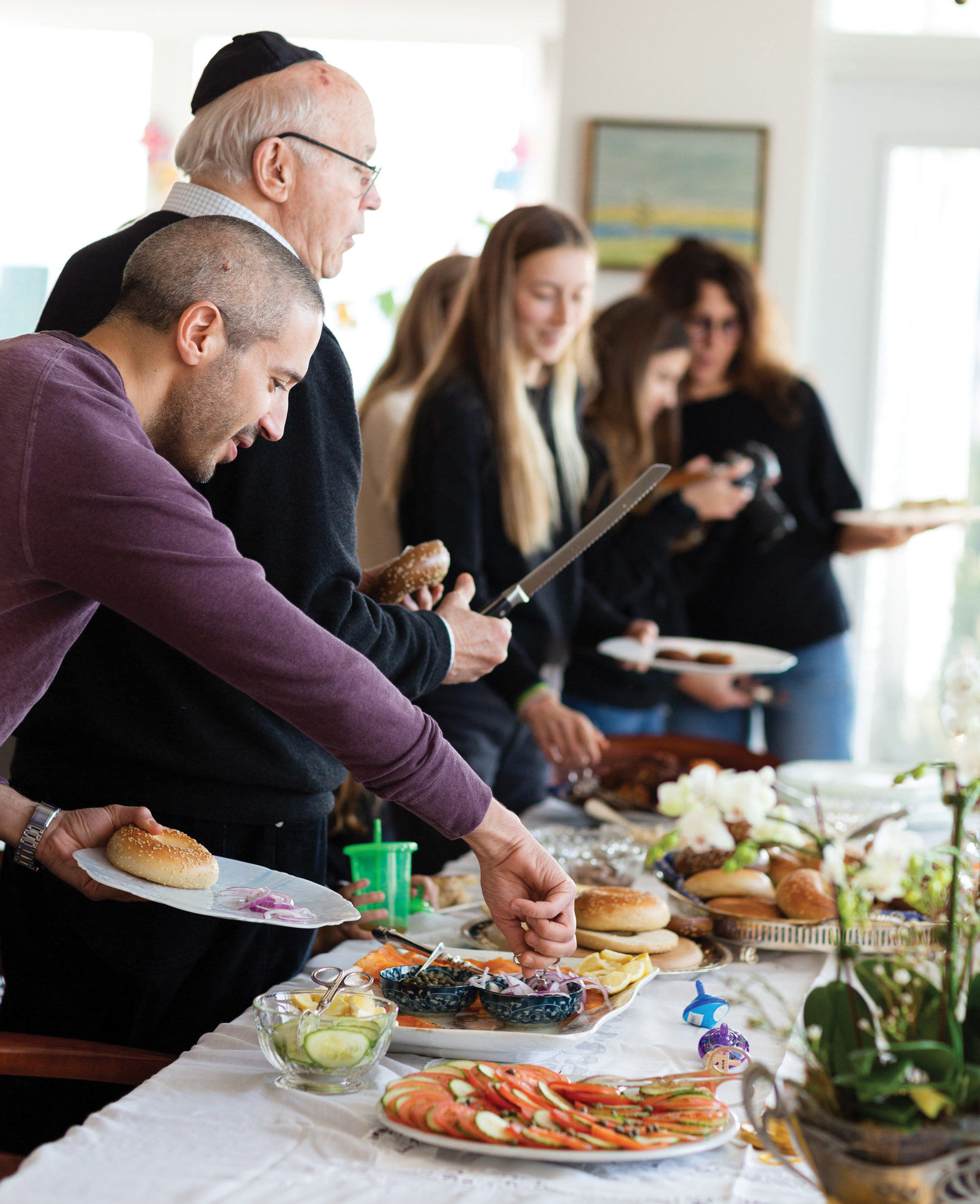