The enduring knock on Canadian media is that we don’t champion our creative talent—that our rising stars have to head to New York or LA to get the publicity they need to land a record deal, book contract or breakout role. We are, the story goes, more likely to criticize than to praise, and when it comes to the arts, we lack the conviction to stand up and proclaim, loudly and plainly, “Hey, we love this!” It’s a tale as old as our industry. But is it true?

Journalists are skeptics by profession, trained to cast a critical eye. We assume that what we’re hearing and reading may be false until we’re satisfied that it’s true. Personally, that’s exhausting. But, professionally, it serves us—and you, the reader—well. We don’t buy the company line, the government spin, the press release hype. We cut through the hyperbole and fabrication to find the truth and deliver it to you.

Modesty plays a role too: Canadians prize humility. That’s not to say we’re always modest, but being modest, sometimes performatively so, is a deeply ingrained national value. Unvarnished admiration for anything Canadian is often seen as self-aggrandizing and even un-patriotic, and that attitude seeps into the world of media.

So is the knock on Canadian media accurate? In a word: yes. But it doesn’t have to be. As a general-interest city magazine, Toronto Life produces deeply reported investigative features that kick down doors and spark large-scale change. But we’re equally proud of the fun feature that might appear a few pages later, celebrating the city’s best ceviches or agave-infused cocktails or hiking boots. In other words, condemning and championing can coexist quite nicely, if we let them.

In the spring of 2022, we set out to achieve the latter with a cover story focused on the incredible TV and film talent emanating from our arts academies, sound stages, studios and beyond. The first step was to settle on which of these young ascendants to spotlight. My colleague Luc Rinaldi took the lead—watching, asking around, and watching some more. At our first meeting, it was obvious that we had a problem: there were far too many deserving Torontonians producing top-notch stuff. We eventually whittled a longlist of more than a hundred names down to the finest of the lot—nearly 40 in all. But we couldn’t bring ourselves to choose just one for the cover, so we created eight different covers, each featuring an actor we’re especially excited about. 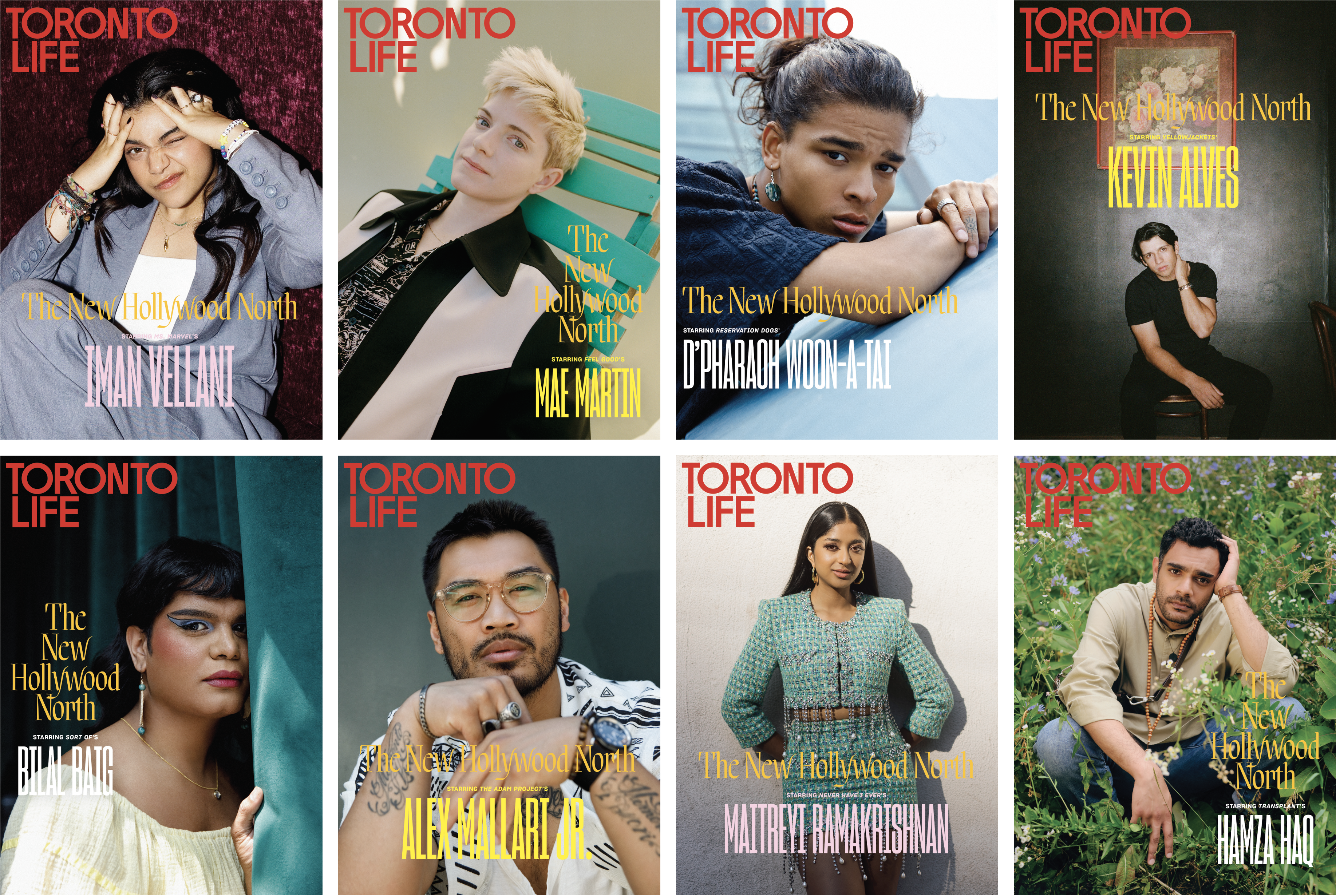 And so here is “The New Hollywood North,” our unabashedly affectionate love letter to the new wave of creators, actors, directors, showrunners, writers and producers who are so incredibly good that we’re willing to suspend, just for a moment, our deep-seated humility. Some of these names you’ve definitely heard, and some you may be discovering just now. In either case, you’re welcome, and happy binge-watching. Our stars are incredible—punching way above their weight class—and it’s time we said so.