How Avicanna, a Toronto-based company is leading the global evolution of medical cannabis

How Avicanna, a Toronto-based company is leading the global evolution of medical cannabis

Avicanna was launched by a group of scientists, clinicians and biotech executives in Toronto four and a half years ago. Its cofounder, Aras Azadian, an entrepreneur with experience in both the financial and biotech worlds, had a purely medicinal cannabis mission: to provide patients with advanced formulations of cannabinoids backed by scientific rigor and clinical evidence. They were the only cannabis company to be admitted into Johnson and Johnson’s prestigious research incubator, JLabs, in the MaRS Discovery District, and have been collaborating with institutions like University of Toronto, UHN and SickKids Hospital to conduct a level of R&D that’s unmatched in the industry.

Their standards are so stringent, in fact, that when they IPO’d on the Toronto Stock Exchange last year, it was as a pharmaceutical research issuer, not a cannabis company. They’re the only strictly medical cannabis company to manufacture their products in a pharmaceutical-grade facility and are currently involved in clinical trials and collaborations with many of the city’s major hospitals. Their Executive Vice President of Scientific Affairs Justin Grant, PhD, MBA – along with a team of other scientists, is responsible for determining which doses, ratios and delivery forms will be most effective for medical conditions such as chronic pain, nausea and osteoarthritis to name a few. The one delivery form you won’t find is inhalation products. “We want to move patients toward something that’s safer and won’t affect their lungs,” says Dr. Grant. 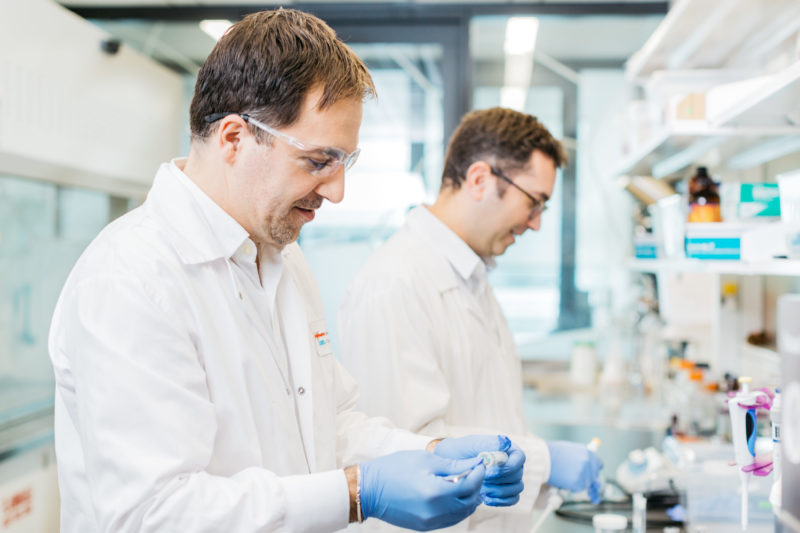 Avicanna’s latest line, RHO Phyto, debuted at Medical Cannabis by Shoppers last month, and is the first line of purely medical “cannabis 2.0 products”, consisting of medicinal oils, sprays, capsules, creams and gels. Azadian says it was designed for everyone (not just “cannabis connoisseurs”) in order to address gaps in the medical sector. “Many doctors have been wary of prescribing cannabis products, and it’s because they haven’t been provided this level of standard, quality and consistency,” he says. In tests, RHO products have been found to demonstrate much higher rates of absorption, stability and bioavailability than other products on the market. Their sublingual products can offer rapid relief, while oral capsules produce a more sustained effect and creams or gels were designed to either stay on the surface of the skin or penetrate into the muscles and joints. Patients need to work with their healthcare practitioner or cannabis clinic to obtain medical authorization and to determine which products are best for them. Ultimately, the line is perfect for the person who could benefit from alternative medicines, but who would be reluctant to walk into a dispensary or use inhalation products.

With legalization in Canada making the recreational side of the industry a lot more visible, the distinction between medical-grade and recreational cannabis becomes all the more vital. Azadian says that since legalization, many companies that used to have both medical and recreational lines, like Canopy, for instance, have started divesting of the former. It’s not surprising, considering as the process, especially from a regulatory and product development perspective, is far more complex. “We’ve taken the more challenging path”, says Azadian. “But we are guaranteed to have consistent products, batch over batch, that are going to be stable, with specific delivery forms targeted to the particular type of relief patients seek.”

On a global level, though, the medical cannabis industry is headed for serious growth. Unlike Canada, which legalized both recreational and medicinal cannabis, many other countries embarking on legalization journeys, including large markets like Brazil and the European Union, are focusing only on the medical side. That will make Avicanna a global leader in the medical cannabis world: “Because Canada was the first G7 country that was allowed do this kind of research, we’re way ahead of everyone else,” says Azadian. Going forward, he thinks the opportunity to generate even more real-world evidence will be essential in helping patients and doctors realize the potential of natural cannabinoid products as registered drugs.  And if they can help provide natural alternatives to a number of chemically synthesized drugs that patients are putting into their bodies, all the better.