In this month’s issue: a cheat sheet on getting the most out of a re-emergent Toronto, the cheese-slinging geniuses behind the Cheese Boutique, a brave woman married off to her cousin at age 17, the unsinkable Bianca Andreescu, and much more… 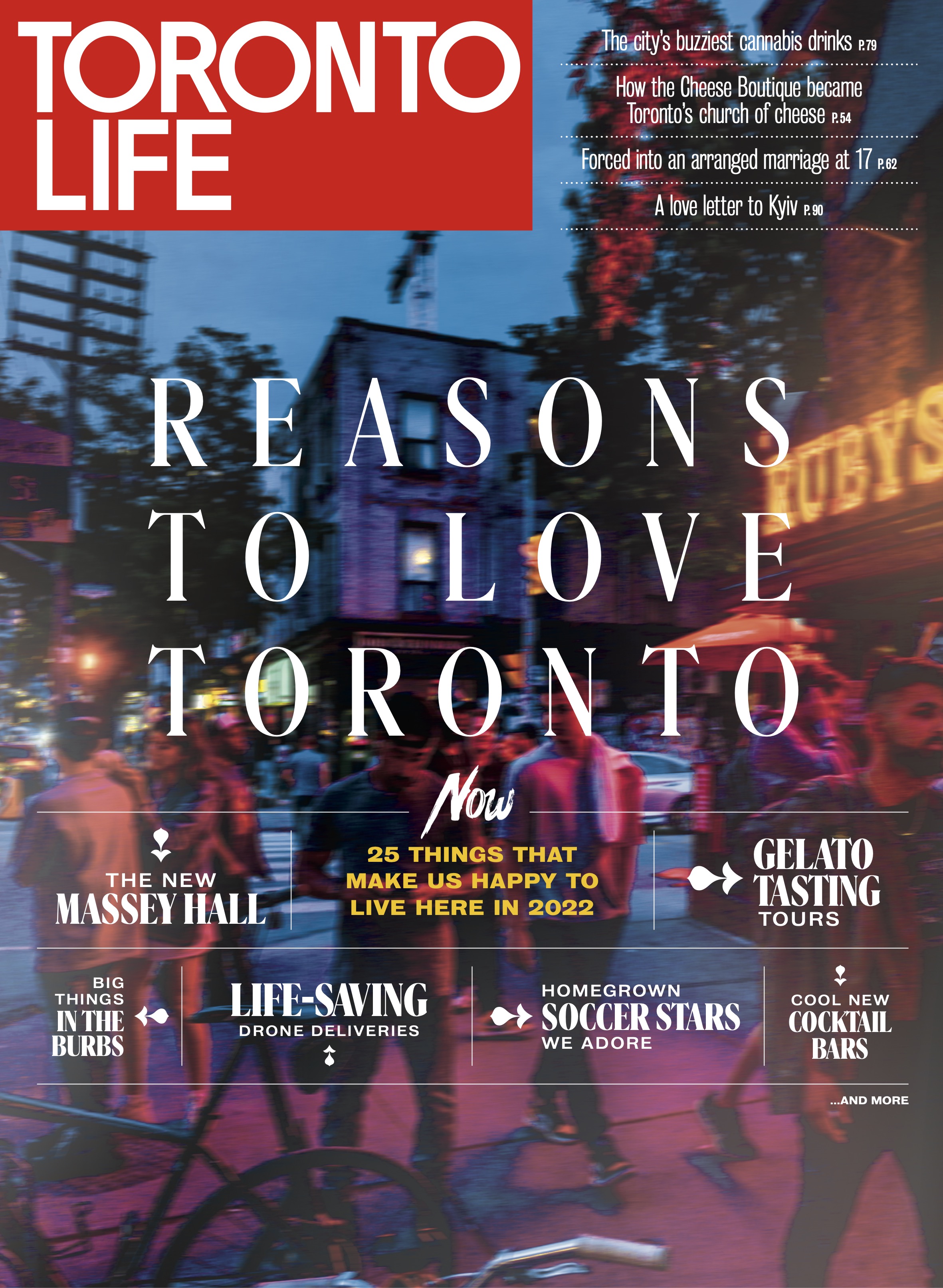 There were three traffic lights in the town I grew up in, and when a fourth was installed, it was something of an event. So for a certain wide-eyed pre-teen, trips to Toronto were like an odyssey to another dimension. I remember being dazzled by the electric-green SkyDome field, the lights of Bloor Street at night, and the crowds, noise and powdered doughnuts of the CNE. Later, when I was studying at U of T, Toronto meant sushi platters at the student newspaper office, the sticky-floored dive bars of College Street, and the quiet grandeur of the ROM. Today, as a father of three, it’s the street festivals, open-air concerts, and parks and playgrounds that give my kids so much joy.

Though I have known Toronto from the outside, I can’t imagine what it would be like to immigrate from afar and start an entirely new life here. In early May, we’ll be publishing a memoir (“My Forced Marriage”) about arrival and self-discovery by an amazing woman named Maria Malik. 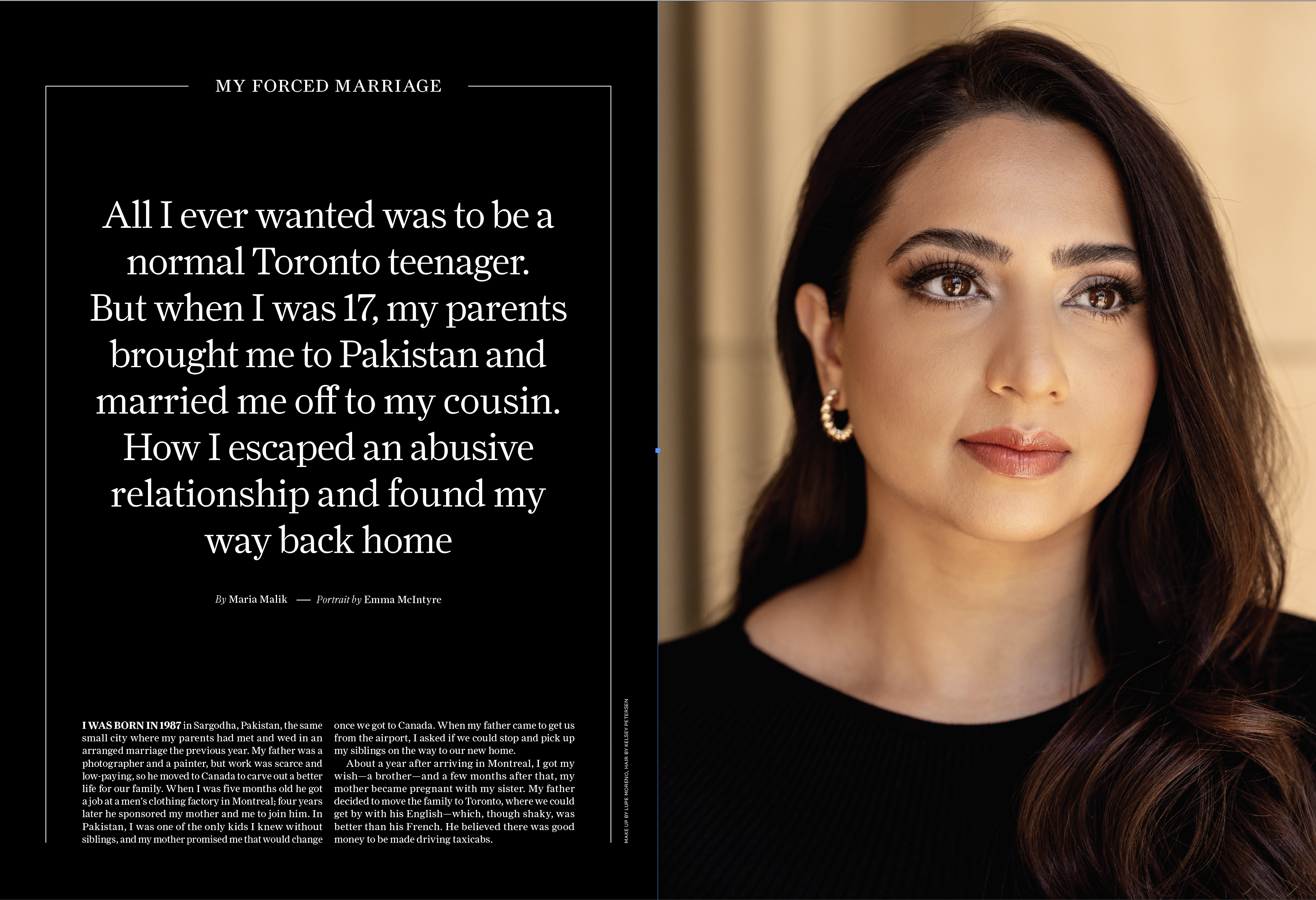 After coming to Toronto from Pakistan as a child, she embraced the individuality and freedom of choice of her new environment. Yet Maria’s parents felt unmoored and threatened by their daughter’s new interests, and they decided to return to Pakistan and marry her off at age 17. After years of turmoil and heartache, the Malik family found a new way forward—one that salutes their cultural traditions and incorporates fresh ones in a way that feels distinctively Torontonian.

Like the Maliks, the Pristine family arrived in Toronto with little. They were Albanian immigrants who started a humble meat and cheese shop on Bloor Street West. They knew only basic English and had no connections yet became cornerstones of their neighbourhood. The Cheese Boutique, as their mom-and-pop shop is now called, has become iconic in the city. The pandemic, as we learn, was just another hurdle in a lifetime marked by challenges. And, as Mark Pupo tells us in “The Ministers of Cheese,” there are big plans for the shop and the once-lonely stretch of pavement the Pristines have turned into a destination. Watch our website in late April for their story of survival and success. 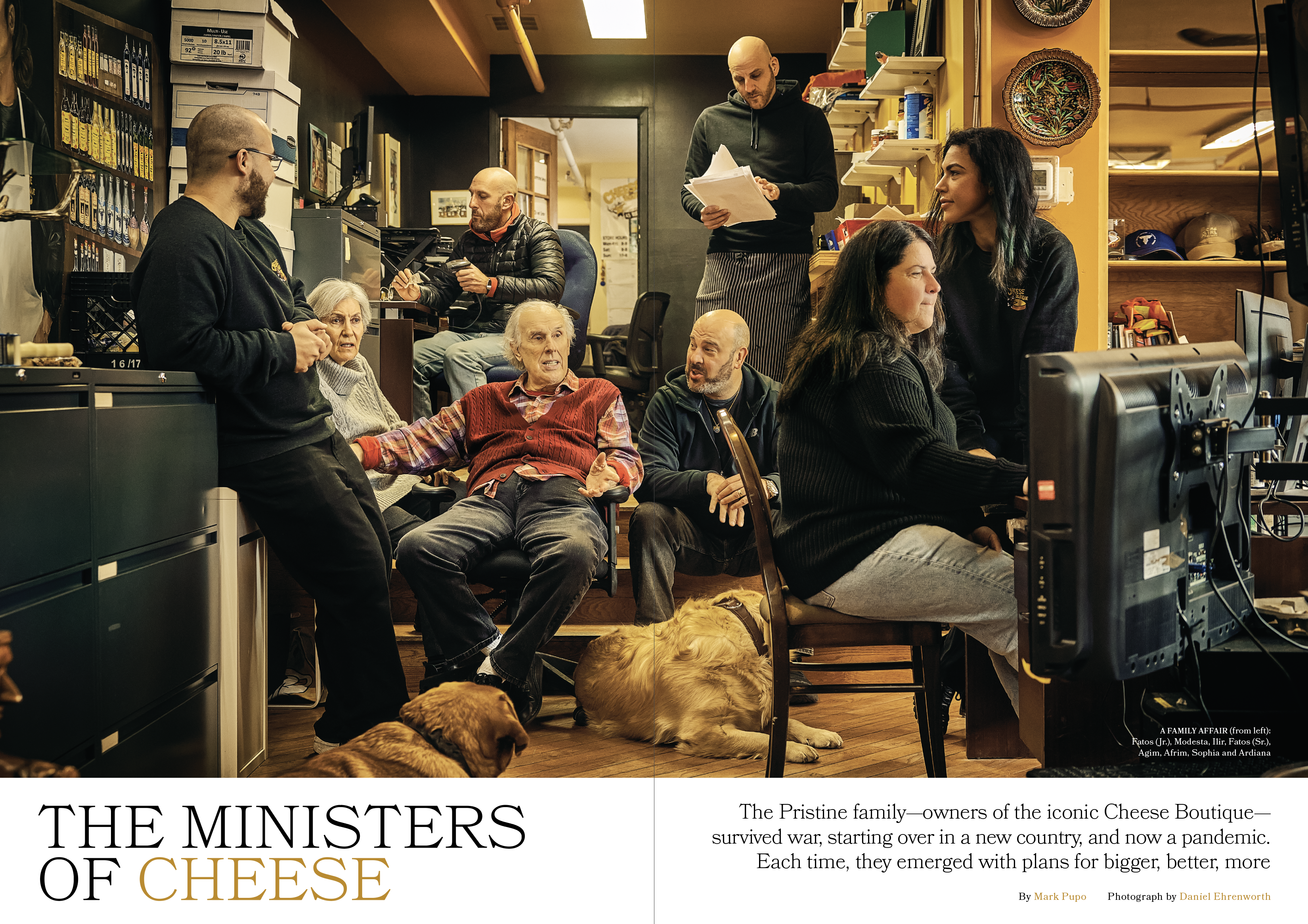 The Pristines are hardly the only ones in an expansive mood. This spring, despite the continued presence of Covid, shops and restaurants have re-opened. Playgrounds are full. Street parties are back and more jubilant than ever. Marathons have returned. Kids are having playdates again. Buds, almost as if they are in on the metaphor, are in bloom. No one thinks our Covid experience is over; variants of concern are now a permanent part of the lexicon and case counts remain stubbornly high. But Torontonians, like the Maliks and Pristines, are powering through adversity.

That’s true of this issue’s Q&A subject, the tennis star Bianca Andreescu, too. After a series of starts and stops and a string of injuries, she’s back and better than ever. Watch for that piece on our website soon.

It’s in a general spirit of optimism that we bring you “Reasons to Love Toronto Now,” a compendium of the new, the thrilling and the superlative. I’ve produced many of these celebratory packages over the years as a senior editor at Toronto Life. To publish one now, in the spring of 2022, as we emerge blinking into the sun, feels especially joyous. Like you, I adore this city. In our “Reasons to Love” package, we count the ways.