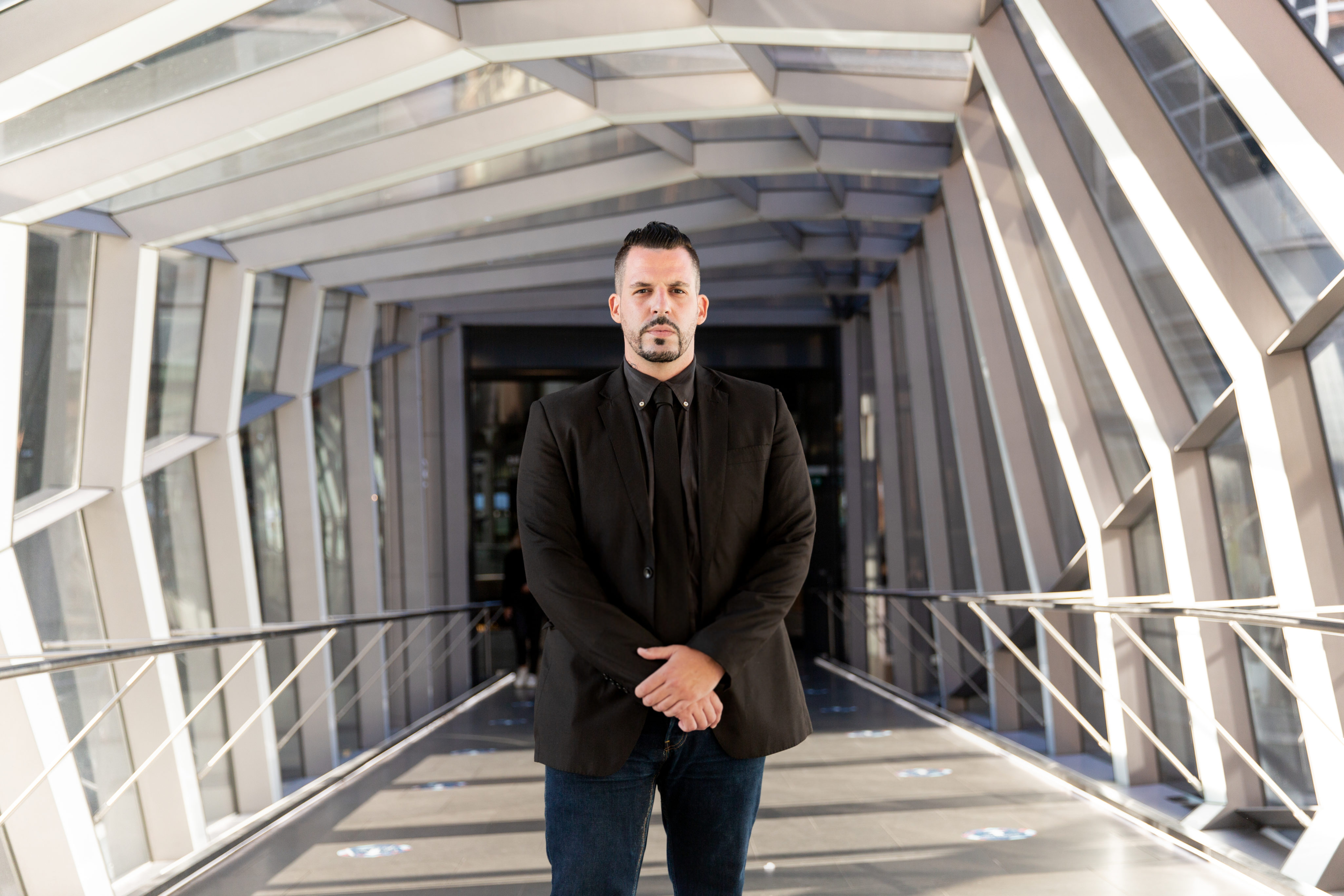 In February of 2020, Christopher Luongo visited McDonald’s to get his daughter an after-school snack. When a teenage stabbing victim entered the restaurant, Luongo sprang into action, caring for the boy until paramedics arrived and ultimately saving his life—an act that earned Luongo a Canadian Red Cross Rescuer Award.

“I’m a mature political science student at the University of Toronto and a single parent to a young daughter, who’s with me about half the time. Being a full-time student and a single parent is extraordinarily challenging—I have to do just as much with much less time. But I’m determined to make it work. My goal is to go to law school and later help others as a constitutional lawyer.

“One day in February of 2020, just before the first Covid lockdown, my daughter asked for a Happy Meal, so we visited McDonald’s in a plaza in Richmond Hill. I sat my daughter at a table and let her know I was just going to be a few feet away, picking up our order. My daughter and I have a tremendous amount of trust. When we’re separated, even if it’s just a few feet, we communicate with eye contact. While at the ordering screen, I felt someone graze my right shoulder. I turned around and came face to face with a teenage boy who looked to be about 16 years old. ‘Call 911,’ he said in a faint whisper.

“My first thought was, Could this be some kind of prank? People will do anything to blow up on the internet these days. The teen was eerily calm, almost nonchalant, so it wasn’t immediately apparent that he was in distress. I looked around the restaurant and noticed there was blood dripping profusely from his fingers onto the floor, with a long trail of blood spatter snaking toward the entryway of the McDonald’s. At that point, it was clear to me he’d been stabbed.

“In reaching out to me for help the way he did, the teen reminded me of my daughter. His vulnerability triggered my parental instincts, and I knew immediately I had to try to help him before he lost any more blood. I worked for years as a personal trainer and had a solid understanding how the human body works—enough to feel confident that I could prevent future blood loss. While I knew I needed to help this young man, I also had to protect my child. I thought, What if the perpetrators walk through that door? Am I prepared to fend them off? I needed to make sure that whatever happened, I could keep my daughter safe. I would have to stay vigilant and make sure I could get to her in the event of any possible threat coming through that entrance. I locked eyes with my daughter and gave her a steady look that said, ‘Everything is going to be okay.’ We gave each other a nod of acknowledgment.

“The teenager was losing blood rapidly, and the colour was draining from his body. He remained standing, but he was trembling and walking with a lopsided gait. I entered the kitchen and said, ‘I need someone to call 911.’ That got everyone’s attention, and the mood in the restaurant suddenly shifted. People popped their heads up from their tables. Everybody was instantly co-operative, like we had all entered a state of mutual trust. One person went to get gloves and paper towels from the kitchen, and I trusted that someone else was calling 911.

“When I turned back to the teen, I saw that he had collapsed onto the floor where he had been standing. From his pallor, I could tell that the blood was draining down to his lower body. I turned to a few bystanders, asking them to raise his legs above his heart to get his blood flowing back to his vital organs. The men jumped up to help, and soon I started to see some colour come back into the teen’s face. I was relieved, but I knew I needed to stay with him until the paramedics arrived. I looked up to check in once more with my daughter, and saw a teenage girl and a woman sitting and playing with her to keep her distracted from what was going on. I was touched by their kindness. Knowing that my daughter was safe gave me the strength to continue.

“I got down onto the floor, level with the teen, who started telling me he couldn’t breathe. I figured that his lungs were filling with secretions, making it difficult for him to get oxygen. I turned him on his side, which helped him breathe again. After that, the two bystanders and I removed the teen’s baggy jacket and sweater. All the people in the McDonald’s were out of their seats, standing over us now. Someone brought me latex gloves, and I wasted no time. I found a large, deep wound just below the teen’s armpit. I’m six foot one—a big guy—and it was about the size of my hand. I covered the wound with my palm and pressed down to try to prevent any further blood loss. I held the teen’s head in my other hand. A wave of pressure washed over me. What if I’m not doing enough? What if this young person dies in my hands? I thought about all the people whose lives would be affected—his siblings, friends, teachers, parents. As a parent myself, losing a child was the worst thing imaginable.

“I wanted to do everything I could to help the teen and his family, and to help police officers with their investigation. While applying pressure, I asked some basic questions to collect information that I could pass on to police officers when they arrived. He told me he got stabbed. I asked him if he knew who stabbed him, if the person was familiar to him, and if something had happened that led up to the stabbing. In all instances, he said no.

“About 25 minutes after the teen first approached me, a large cohort of police officers and first responders arrived on the scene. I counted about 10 police cars in the parking lot outside of the McDonald’s. One of the first responders said to me, ‘I’m going to be taking over for you.’ We worked together to ensure that the teen’s condition remained stable during the switch.

“As soon as the first responder took over, a few bystanders asked if they could hug me. I teared up from the weight of it all. We all respond well to love, and after everything I had just been through, it felt really nice to receive affection and support, even from strangers.

“The teen was safely transported to hospital while I was interviewed by police. When it was all over, I was finally able to retrieve the Happy Meal that I had ordered for my daughter half an hour earlier. I chose not to tell her what had just happened—she’d been shielded from the incident by the two kind women who had gone to sit with her. We just sat quietly and ate. If she asks about it in the future, maybe I’ll tell her. But for now I want her to enjoy being a happy, loving kid.

“On Wednesday, two days after the incident, I received a call from the police sergeant letting me know that the teen had survived. He also told me that one of the paramedics who was on the scene nominated me for a Canadian Red Cross Rescuer Award for saving the teen’s life, which I received earlier this year. Had it not been for my efforts to stop the bleeding, she said, the teen would likely have bled out and died before they arrived. As soon as I heard that the teen had survived, I felt a huge weight lifted off of me. The terror and vulnerability of holding a person’s life in my hands will never leave me, but I was proud that I’d done everything I could to help.

“In today’s world, we’re constantly inundated by images of malice and violence. All you have to do is log on to social media to see them. If we all look out for each other, and stand up for what’s right, we’ll see those types of stories diminish. I want to show people that kindness and humanity are possible. I want to offer up narratives of strong, caring male role models—especially single fathers. We need to show compassion for others in our community, especially in times of crisis. That’s the kind of world I want my daughter to grow up in.”