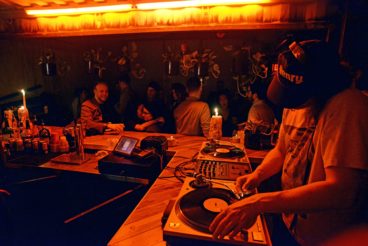 I’ve been a Jonathan Poon fanboy for years, following him from Chantecler to Bar Fancy. Now, he and fellow Bar Fancier Jesse Fader have conquered Ossington with a hipster pizza-and-pasta joint that would be insufferable if it weren’t so terrifically good. Among the 2017 hipster crimes: the jagged neon signage, the ’80s rawk soundtrack, the anti-gourmet wink-wink menu items (shrimp spring rolls) and the sheer number of patrons in tuques.

But the food: wow. The reason I go back so often, despite the tuques, is the pasta—in particular, a reginette in a red sauce overloaded with slow-cooked beef cheek and a heavy blanket of shaved parmesan. The pizza isn’t up there with Piano Piano’s, but it’s still great, especially the variation on a Hawaiian with mortadella in place of ham. The chefs make an extra-creamy caesar salad topped with what turns out to be No Name potato sticks—too clever by half, but surprisingly tasty. In the fall, they made a wonderfully simple salad of ripe Ontario tomatoes, canned peaches and burrata. Reservations are scarce, so plan ahead.