A pop-up neon gallery, a side-splitting pantomime and four other things to see, do and hear in Toronto this week

A pop-up neon gallery, a side-splitting pantomime and four other things to see, do and hear in Toronto this week

A side-splitting pantomime
1Friends meets Laurel and Hardy in Bigre, a French import about young urbanites. The slapstick comedy takes place in the cramped garret of a Paris apartment building, where three unlikely neighbours—a karaoke-singing neat freak, a hipster hoarder and an accident-prone flirt—get tangled in a series of hilariously awkward interactions, including a bone-cracking massage session and a disastrous attempt at a home perm. The show is performed entirely without dialogue, but between gags, there’s French karaoke and an unexpected Daft Punk dance number. Thursday, April 11, to Sunday, April 28. $49–$89. Berkeley Street Theatre. 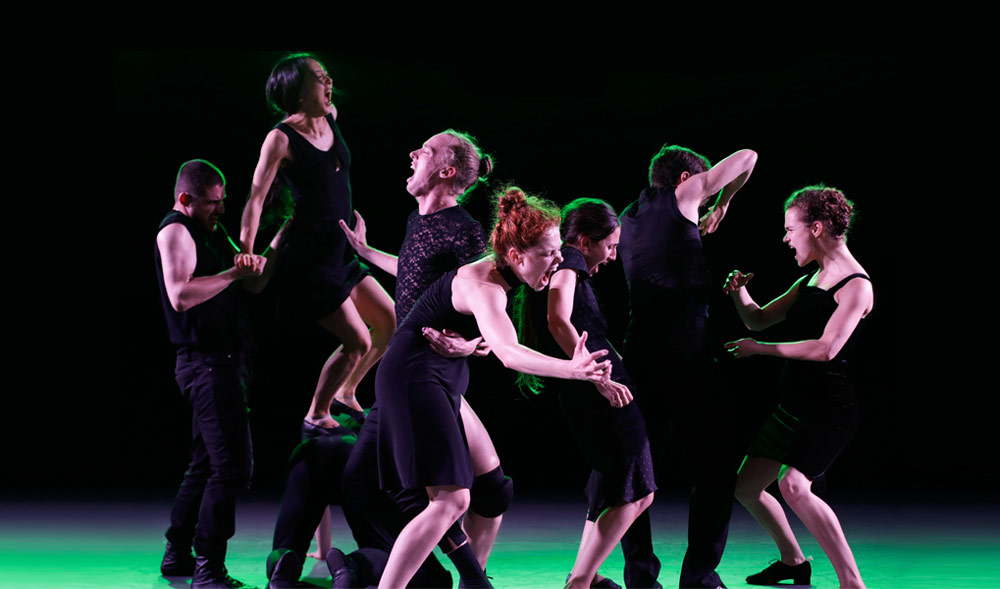 A Gaga dance fusion
2After a back injury interrupted his dance career, Ohad Naharin developed the philosophy of Gaga: a holistic approach to dance that focuses on the natural, free-flowing rhythms of the body as opposed to the harsh contortions demanded by disciplines like ballet. The result was so popular that it inspired Natalie Portman to train with Naharin for her role in Black Swan. His latest work, Venezuela, is now being brought to the stage by Israel’s world-renowned Gaga troupe, Batsheva Dance Company. The show is broken into two acts: the first, set to drab, ominous Gregorian chants, features Naharin’s usual fluid choreography, while the second half is an energetic jumble of Argentine tango and Notorious B.I.G. Tuesday, April 9. $62.75–$156.50. Sony Centre for the Performing Arts.

A Ramones drama
3The weeks leading up to the release of the Ramones’ fifth album, End of the Century, were some of the worst in the band’s decades-long career. Tensions were high among the musicians, and their producer, Phil Spector, was quickly deteriorating as he juggled heartbreak- and ego-driven drama (it was during this time that he allegedly pulled a gun out in the middle of a studio session to keep the band in line). John Ross Bowie (best known for his work on The Big Bang Theory) dramatizes the Ramones’ hell-raising rise to fame in his new dark comedy, Four Chords and a Gun. It veers away from the jukebox musical treatment and instead focuses on the real drama that unfolded during those weeks in hell. But you can still expect a proper jam session at the end of the show, when a local band comes on stage to play some of the Ramones’ greatest hits. To Sunday, April 28. $39.95–$114.95. Fleck Theatre.

A pop-up neon gallery
4The iconic signs of Toronto’s past will glow once again at this weekend-long pop-up exhibition, featuring enough neon to make the Junction House feel like the Las Vegas strip. The Hard Rock Cafe’s famed 12-foot flowing guitar will be on display alongside dozens of other former restaurant and bar signs from the collections of Leslieville-based Neon Demon and and Neon Museum Toronto. Friday, April 12, to Sunday, April 14. Free. The Junction House.

A free Anthropocene screening
5If you missed the world premiere of Edward Burtynsky, Jennifer Baichwal and Nicholas de Pencier’s Anthropocene at last year’s TIFF, there’s still a chance to catch it on the big screen. To celebrate Earth Month, Burtynsky is showing excerpts from the award-winning film about the irreversible consequences of humans re-engineering the planet. The free screening is part of a larger installation about ancient forests. Until Friday, April 26. Free. Brookfield Place.

A massive AGO party
6AGO Massive returns for its biggest year yet—a glitzy extravaganza in collaboration with Director X (who has created music videos for Drake, Kendrick Lamar and Justin Bieber). The night will feature immersive art installations, DJs and a live performance by Kardinal Offishall. The theme for the night is crystals—expect enough bedazzled dresses and jewels to light a city street. Thursday, April 11. $200. AGO.