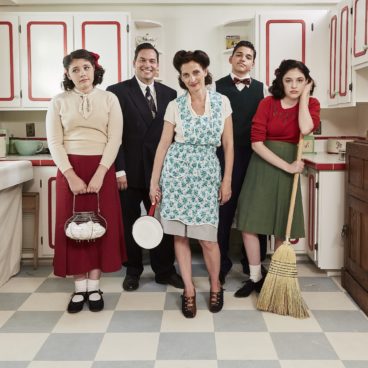 On CBC’s nostalgic new series, Back in Time for Dinner, a Mississauga family pretends they’re living in the 1900s for six weeks. Here, a tour of their home as it travels through time

Last year, the Campus family turned their Mississauga semi into a time machine. Every two weeks, they’d begin living in a different decade from the 1940s to 1990s, eating, wearing and listening to only era-appropriate stuff—no smartphones allowed. All the while, a film crew kept watch, documenting the throwback social experiment for CBC’s nostalgic new series, Back in Time for Dinner, which premieres Thursday, June 14.

The show, based on a similar BBC series, is anchored by food: the Campuses adhere to wartime rations during the 1940s, chow down on TV dinners around a black-and-white screen in the ’50s and bake some quiche in the ’80s. “Every meal was chosen to tell a bigger story,” says executive producer Jennifer Twamley. “What was the avocado toast of the time? That piece of food that was popular and trendy but didn’t necessarily stick around?”

The show is also a crash course in the history of domestic design. Its production designers, Kate Ferry and Brian Garvey, scoured thousands of magazines, catalogues and almanacs to nail down the defining trends of each decade, and then pillaged Kijiji, flea markets and antique collections to bring them to life. During the three-month filming period, the Campuses alternated between their home and a hotel every seven days, giving the team a week to overhaul the house and bring it into the next decade. Here, a sneak peek inside their immaculately detailed—and functional—sets. 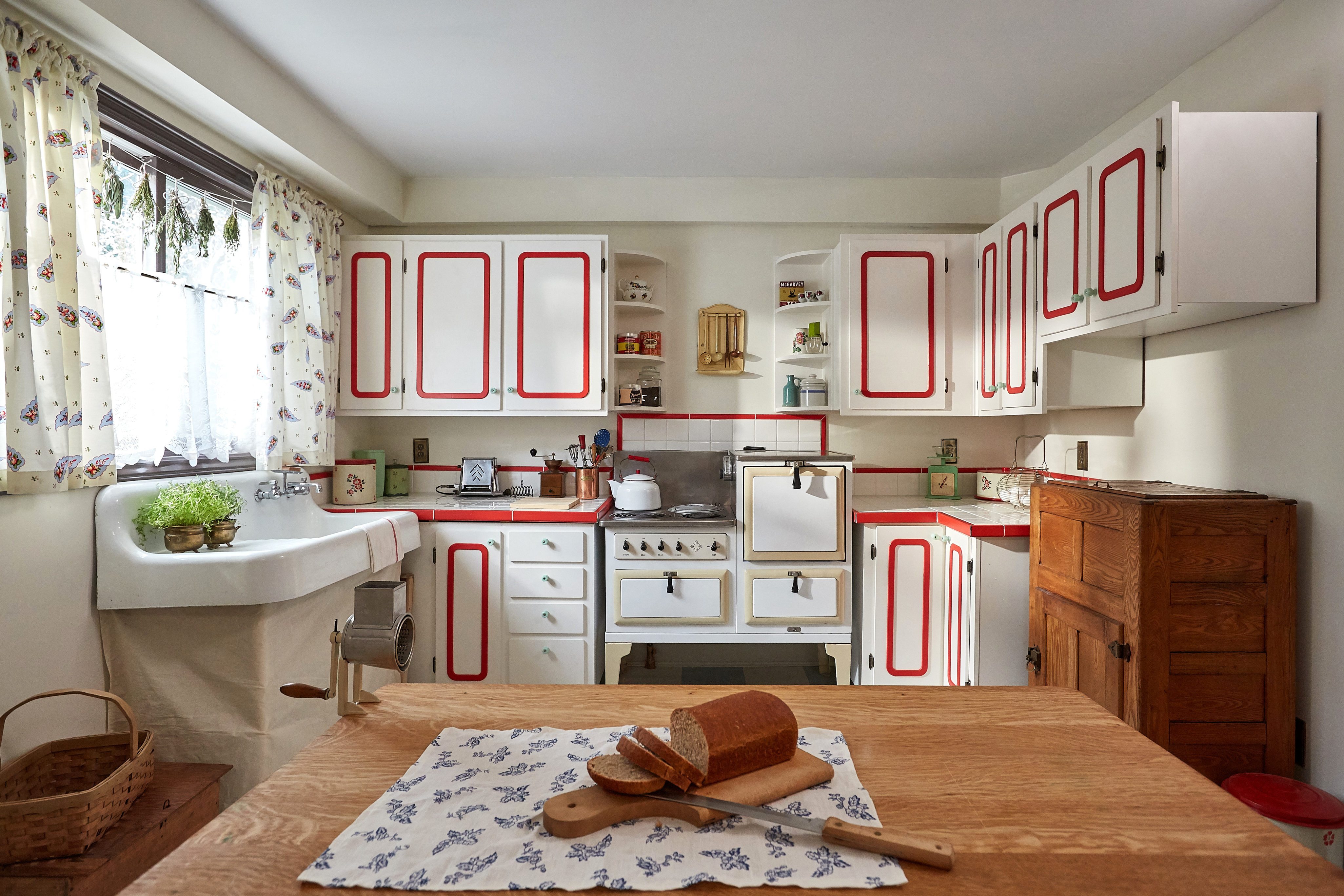 The ’40s kitchen was a doozy: there was an ice box instead of a fridge, the oven sucked so much power it blew fuses all over the house, and Tristan, the family matriarch, burned plenty of bread in the finicky old toaster. “They’re not props,” says executive producer Andrika Lawren. “The ovens and the fridges, they couldn’t just sit there and look pretty. They had to function.” It took a while for the production designers to get used to that. Once, one of them, forgetting that the sink actually worked, had to rinse something and yelled, “We need some water in here!” 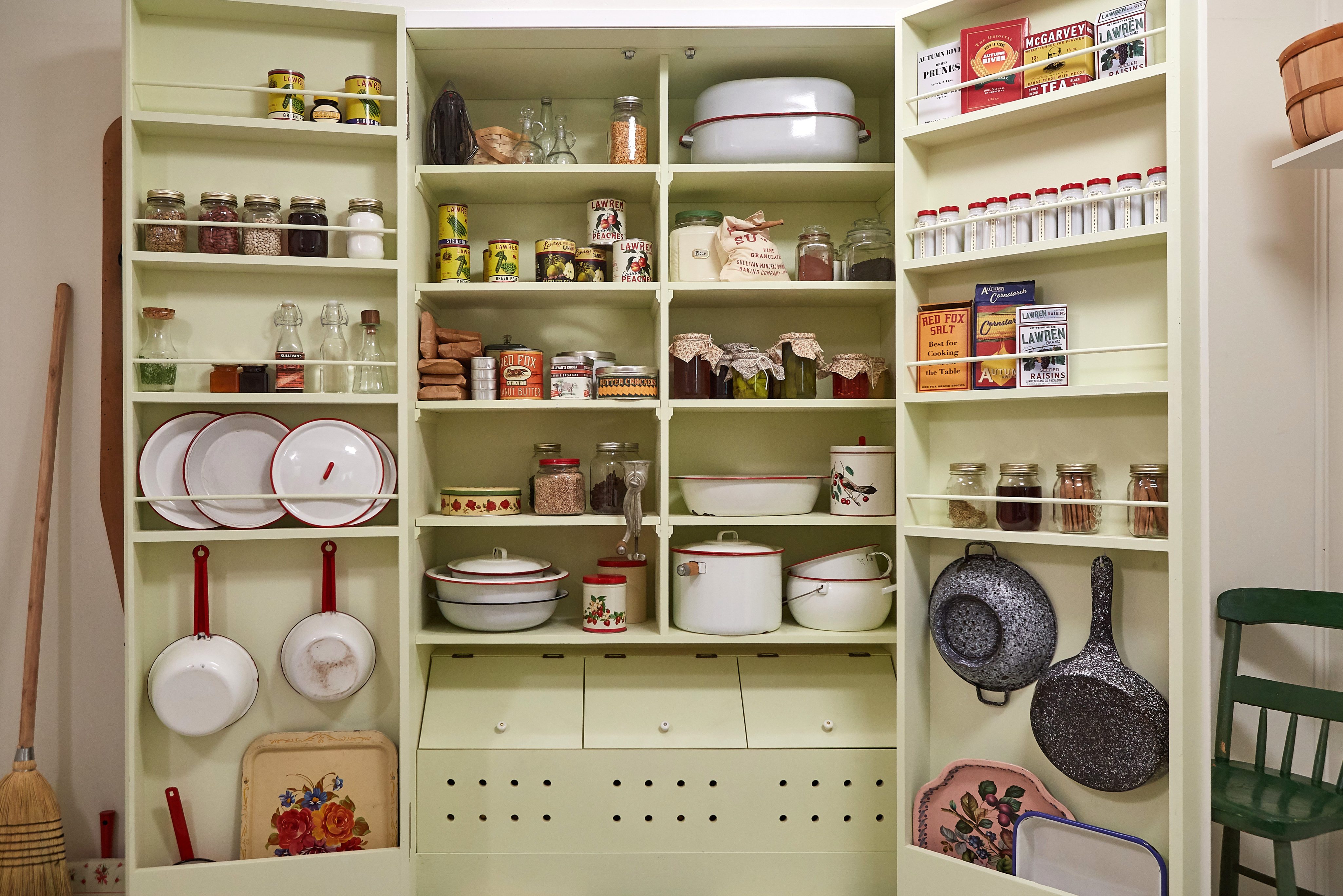 The team behind the show bought foods that would have been available in the 1940s (like canned peaches and beans), removed and measured their packaging, and then designed old-timey labels that would help them fit the time period. This pantry could move in and out of the wall to allow space for a camera. 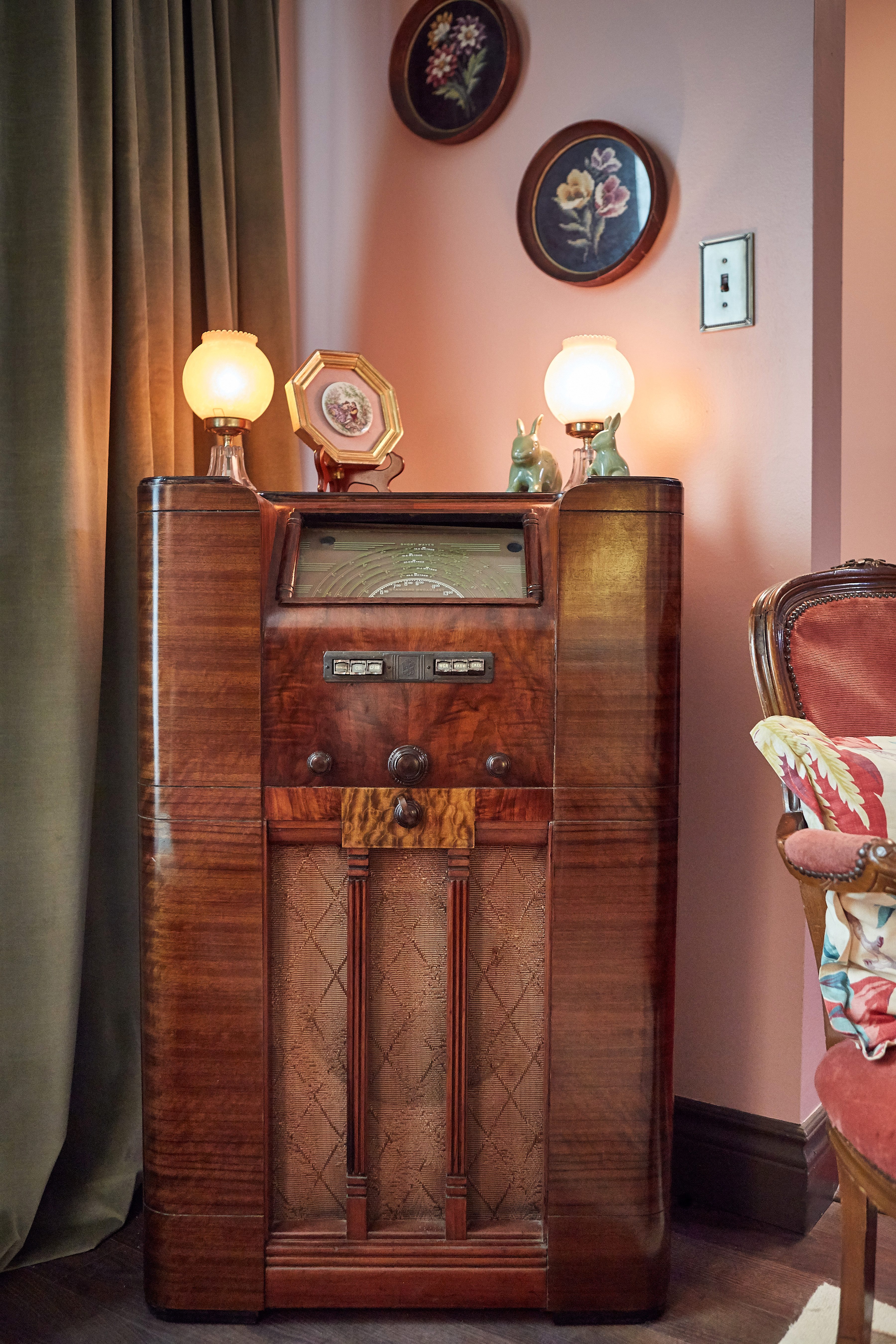 When the Campuses first walked into the 1940s home, their teenage son, Robert, was shocked. “Our couch used to be there, our TV used to be there, my PlayStation used to be there,” he said. “Now it’s all gone, and all we have is this radio!” The family listened to a broadcast of prime minister William Lyon Mackenzie King announcing the end of WWII. “It was such a foreign experience for them to all sit in the same room listening to something,” says Twamley. “They’re used to 24-hour news. Here, the stimulation level was very low. They came out of it saying, ‘Is that it?’” 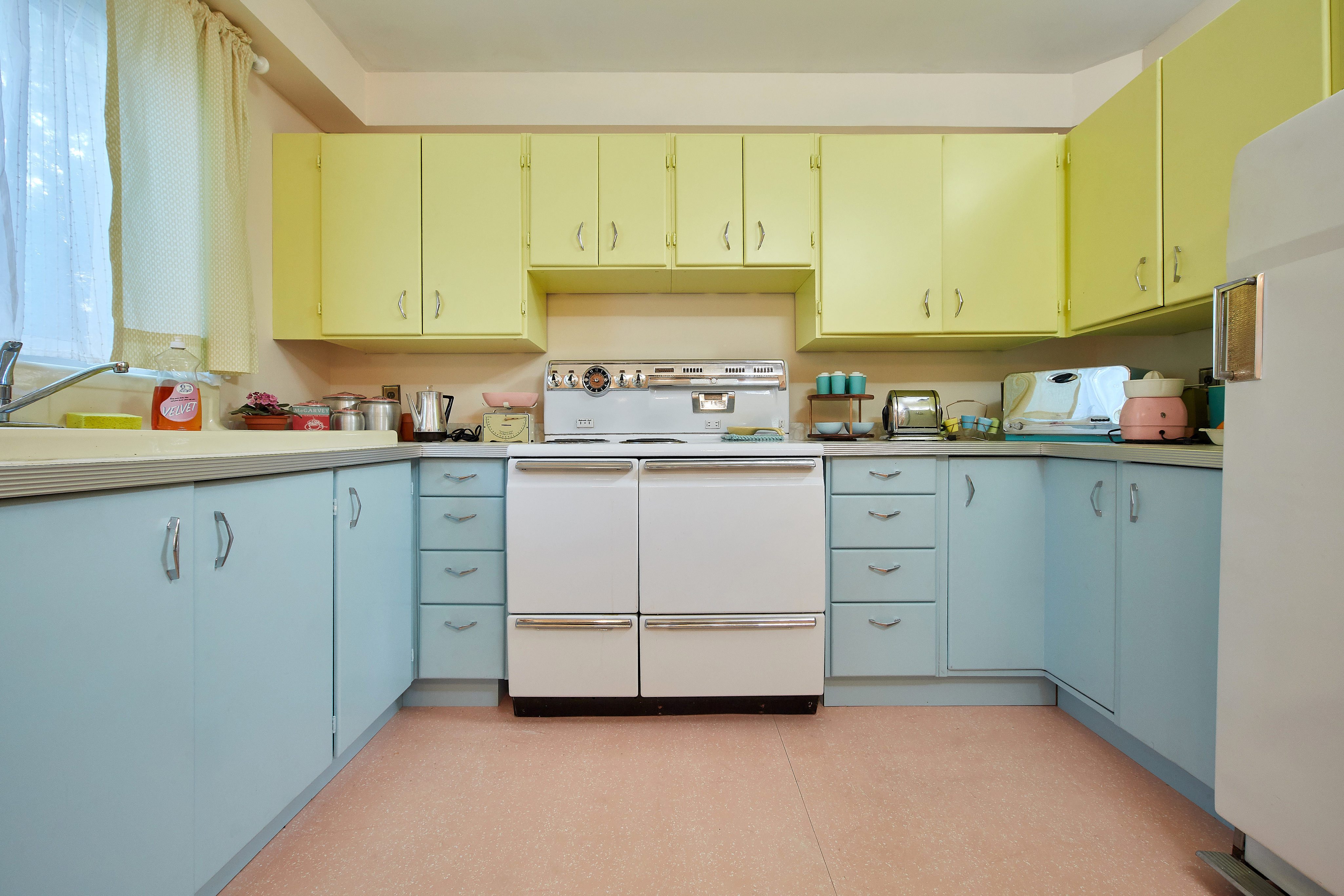 The early 1950s were an optimistic time: the war was over, the economy was strong, people were buying houses and having kids. This design reflects that mood. “The kitchen is meant to make you feel happy,” says Twamley. Constructing it was a bit of a headache, though. They needed 36 identical vintage cabinet handles, which seemed like an impossible task until they found a supplier, an Airstream refurbisher in the U.S. 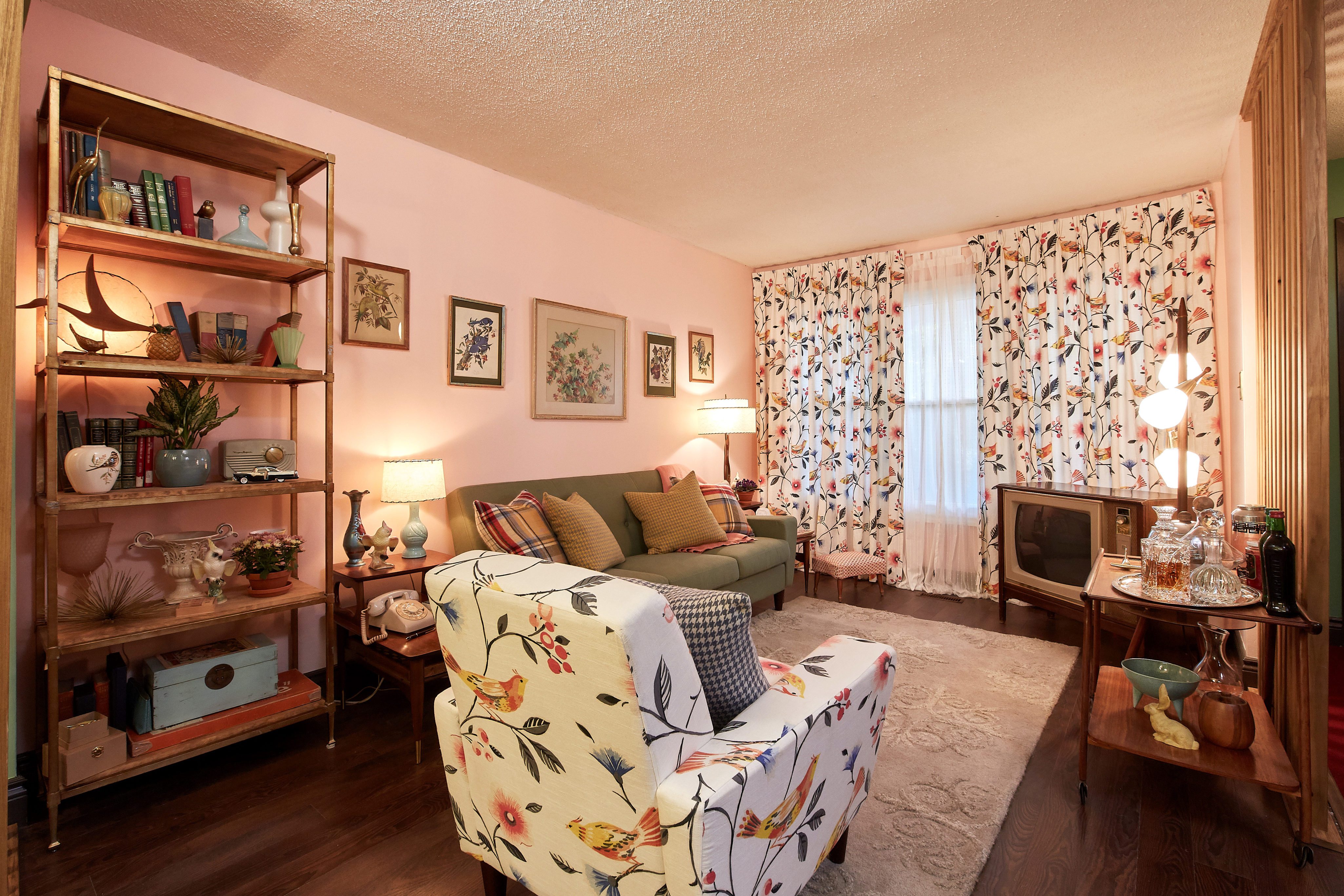 The living room had a mid-century-modern feel. “It’s back in vogue today,” says Lawren. “It’s millennial pink!” It was the first living room with a TV; as they ate TV dinners around the screen, the family realized how strange it had been to eat and talk together around a dinner table in the 1940s. “TV really changed family dynamics,” says Twamley. 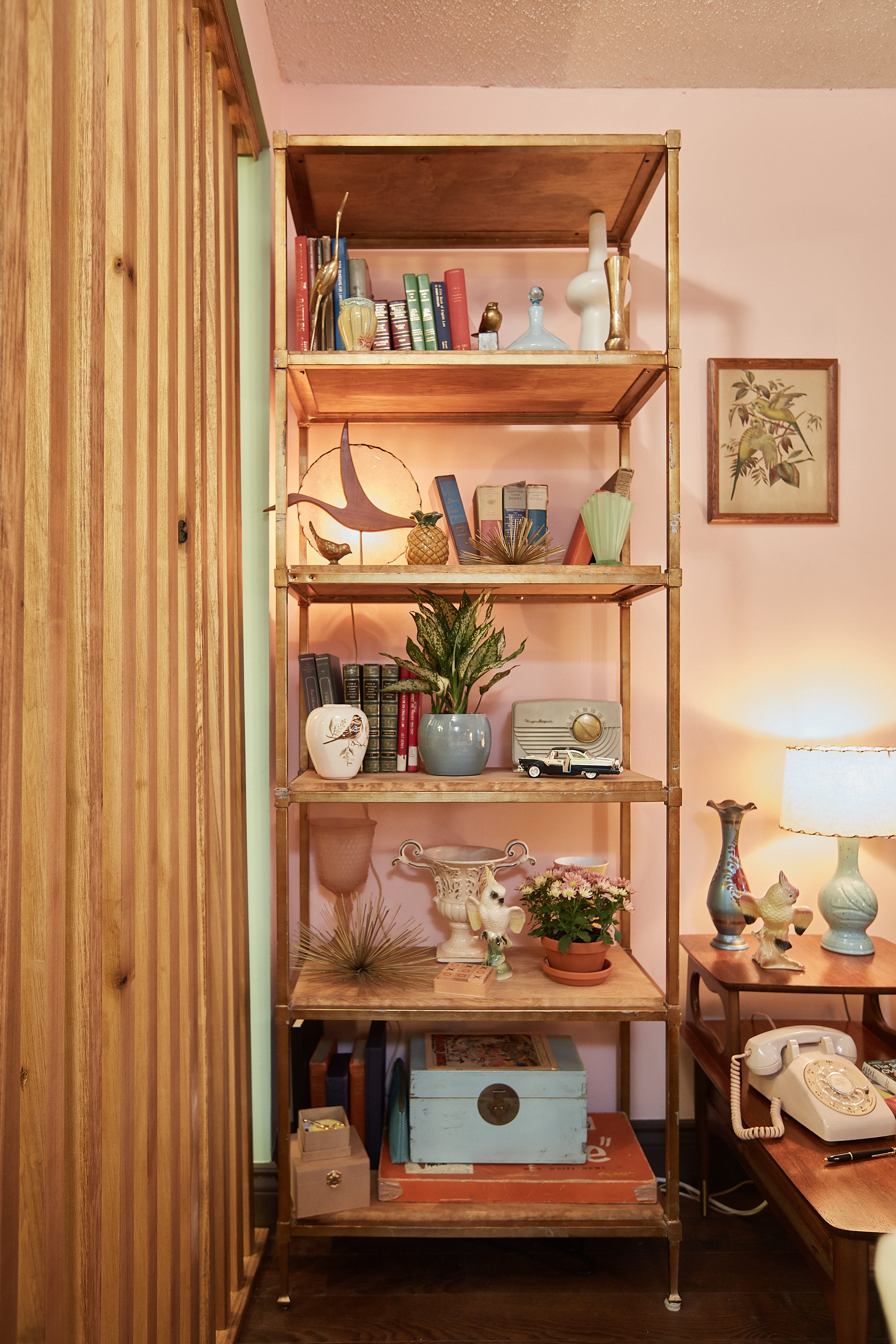 The production designers stocked every set with era-specific books, music and tchotchkes. “Our company is called 3Bird Media,” says Twamley. “So we hid three birds in every set,” adds Lawren. 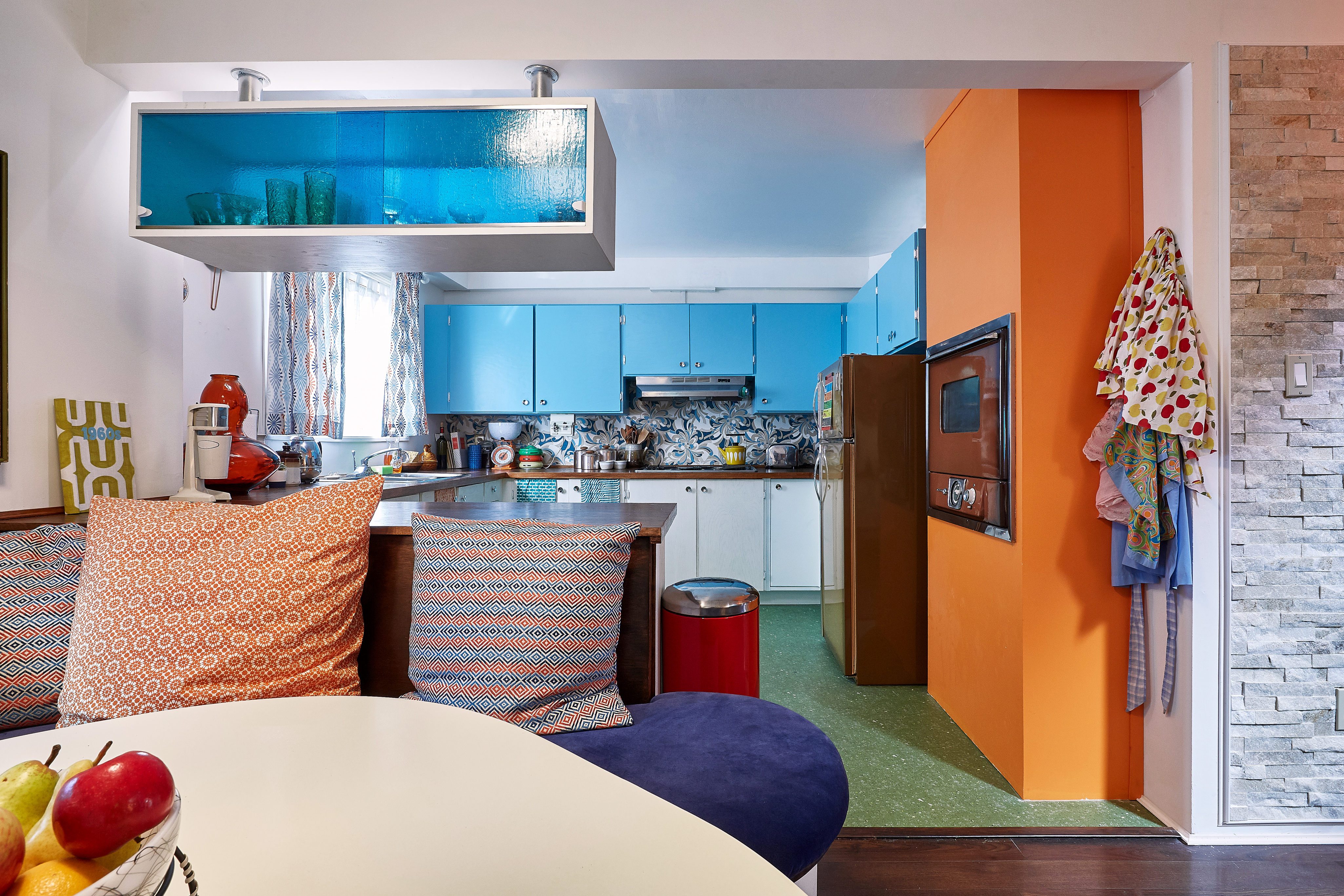 The kitchen’s constant makeovers presented a bit of a practical problem for Tristan. “You know what it’s like cooking in someone else’s kitchen—it’s impossible,” says Twamley. “Tristan joked that, by the last day of every decade, she’d have it down. And then it’d be done.” 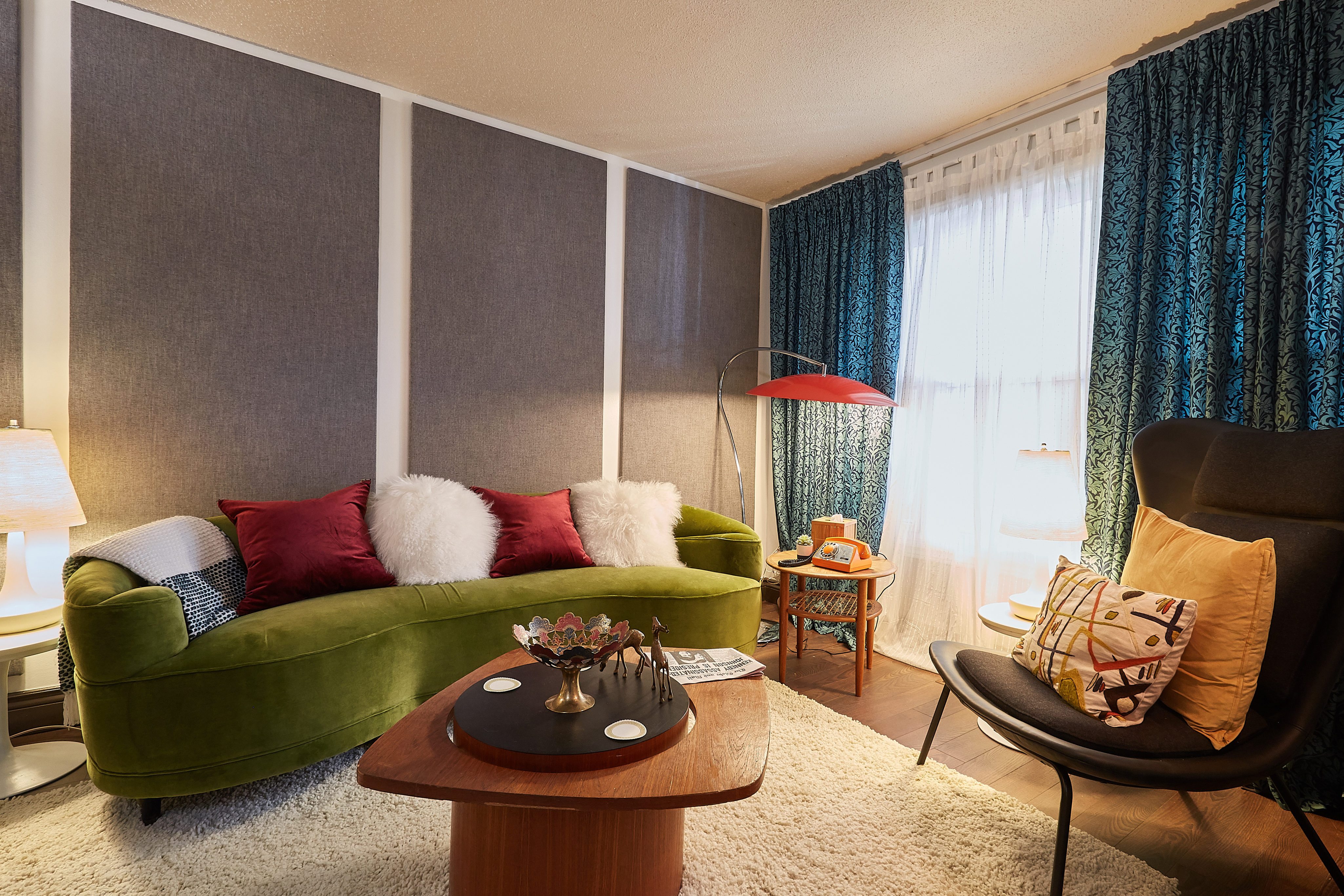 The designers spent countless hours searching flea markets, prop houses and the web for a couch like this. Just as they were about to give up, one of the show’s staff was driving down an alley and saw this couch, sitting abandoned. “She dragged it into the truck by herself,” says Lawren. “That’s commitment. She’s a tiny person!” 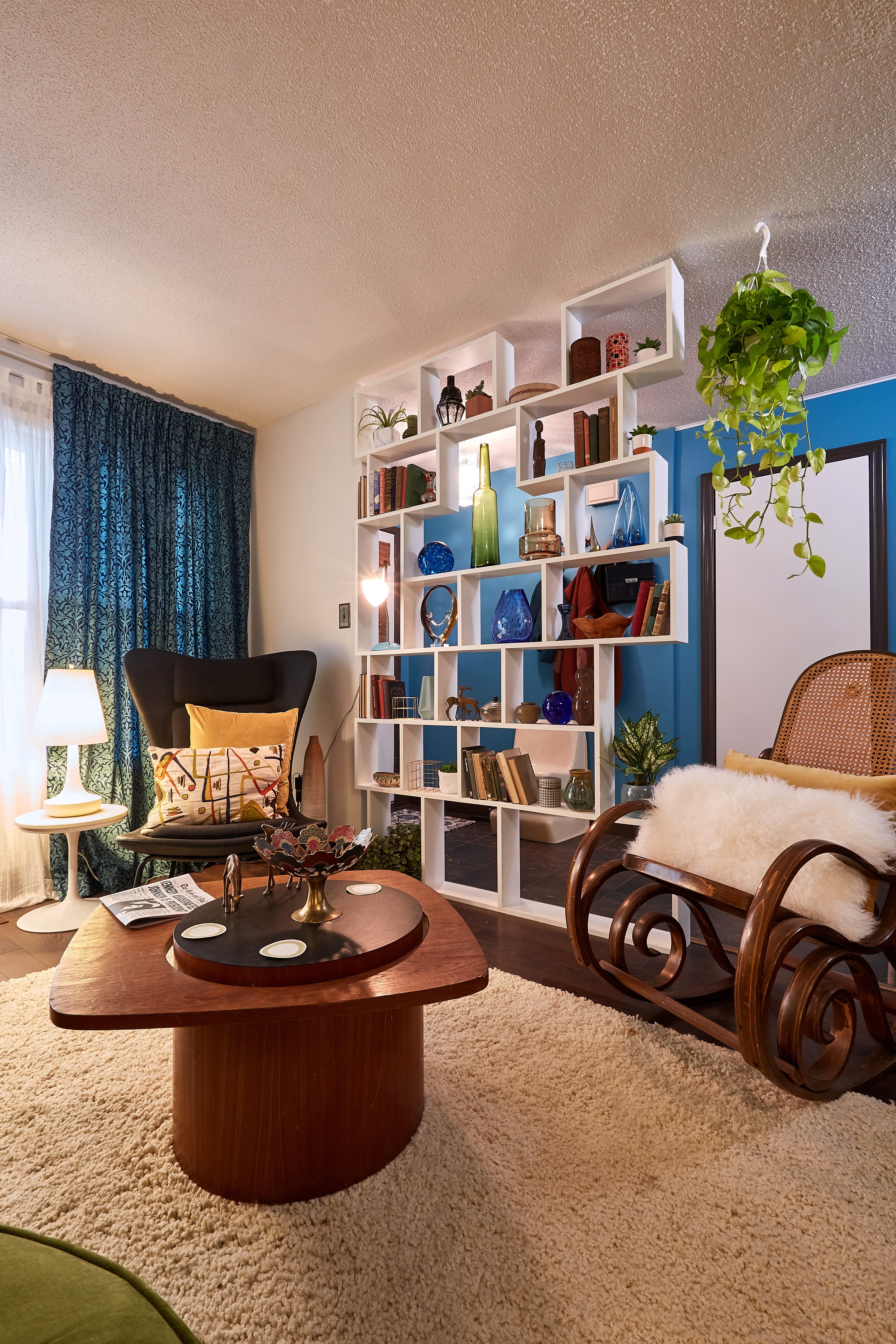 The living room featured open shelving, undulating furniture and other touches that were “very Austin Powers.” Says Twamley, “With the space race happening, people imagined that this is what the future would look like.” 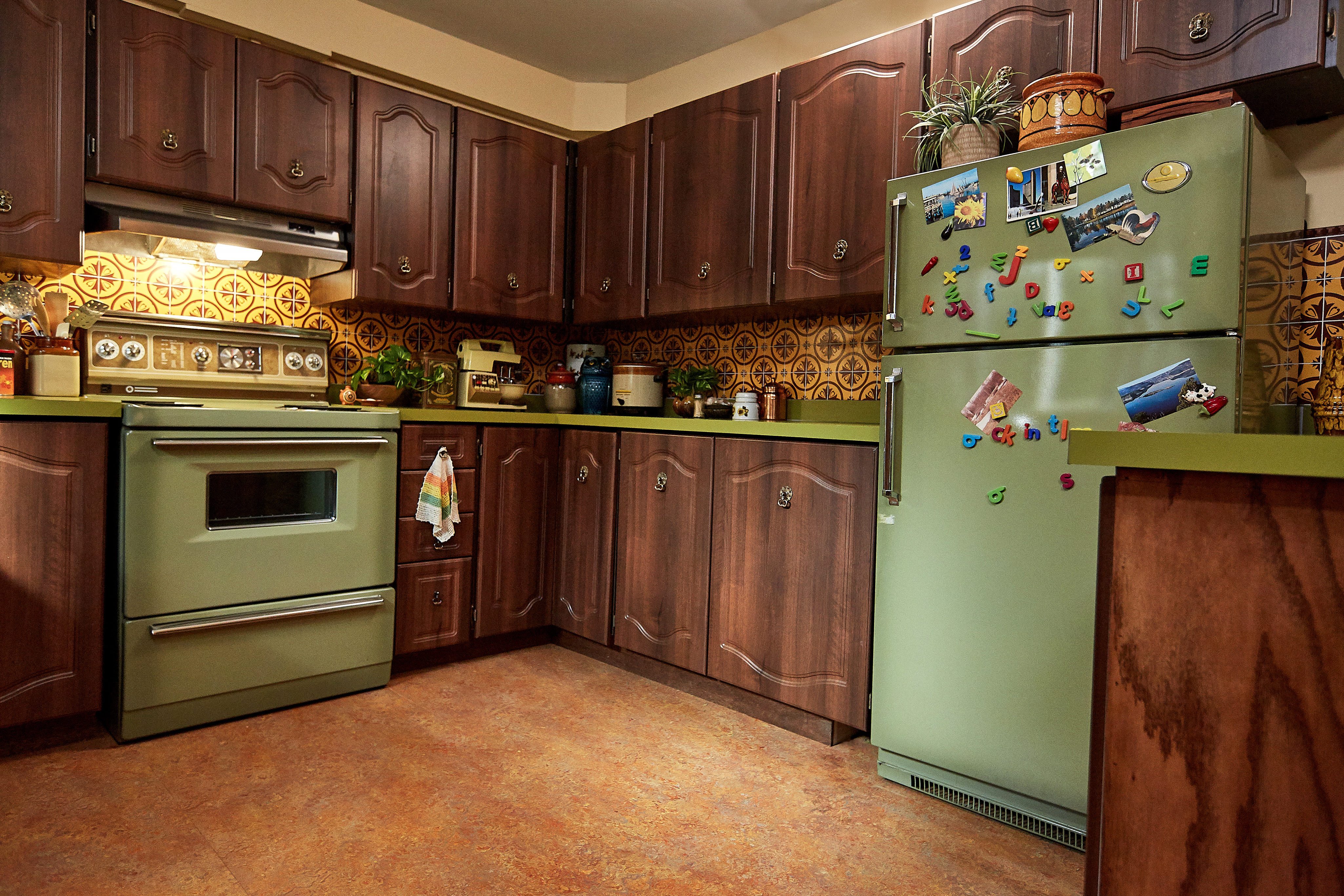 When the Campuses got their first dishwasher in the 1970s, Tristan cried tears of joy. Through the first three decades, she said she couldn’t imagine looking after a household without the help of two teenage daughters. This kitchen also features a matching oven and fridge. “They’re straight out of a 1975 Eaton’s catalogue,” says Lawren. “And they were expensive. But if you bought a house these days and this was the kitchen, you’d be like, ‘We’re ripping it out.’” 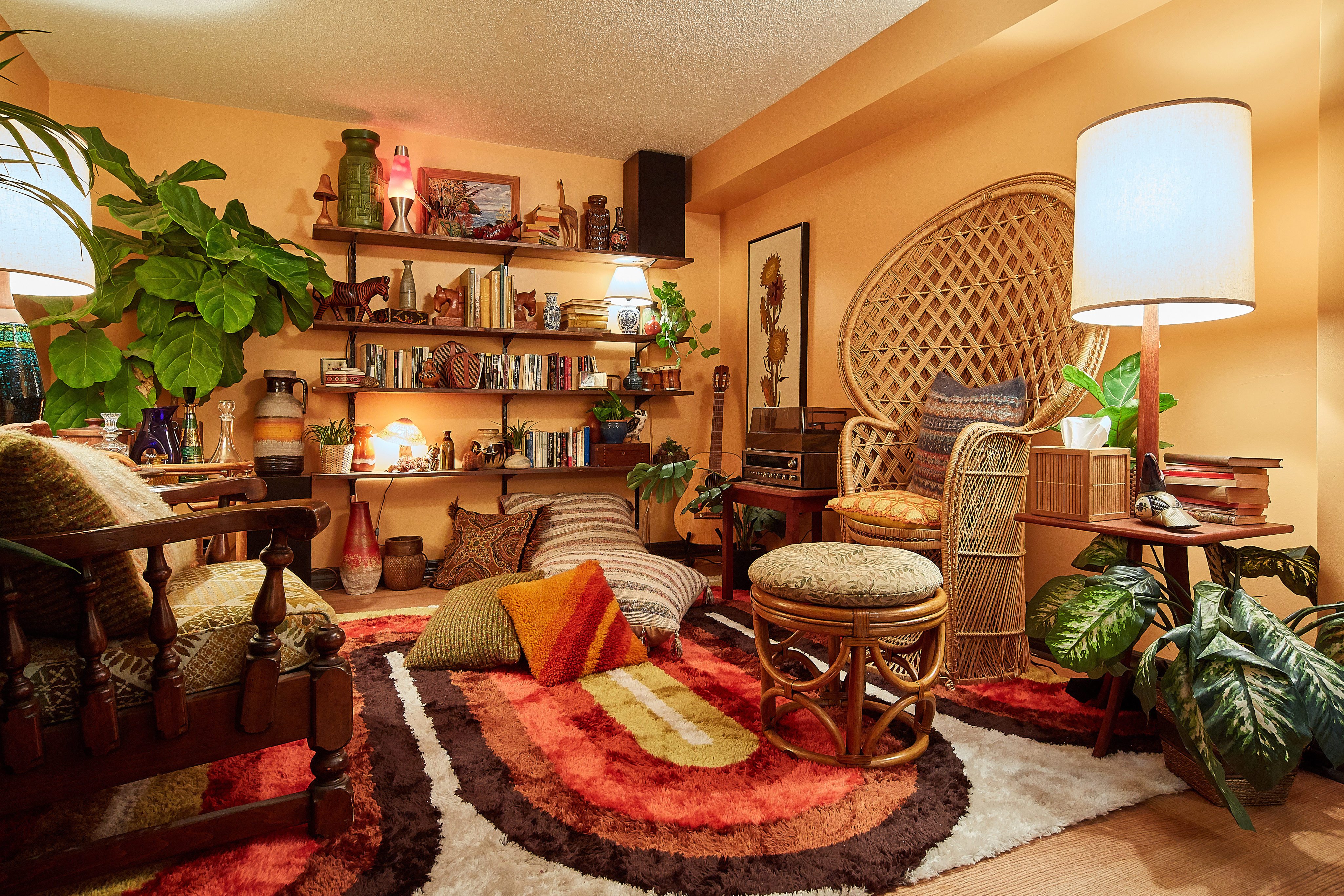 The family loved this warm, fuzzy den, complete with lava lamp, shag rug and guitar. “They immediately walked in and were comfortable,” says Lawren. “I know so many people who had that wicker chair.” 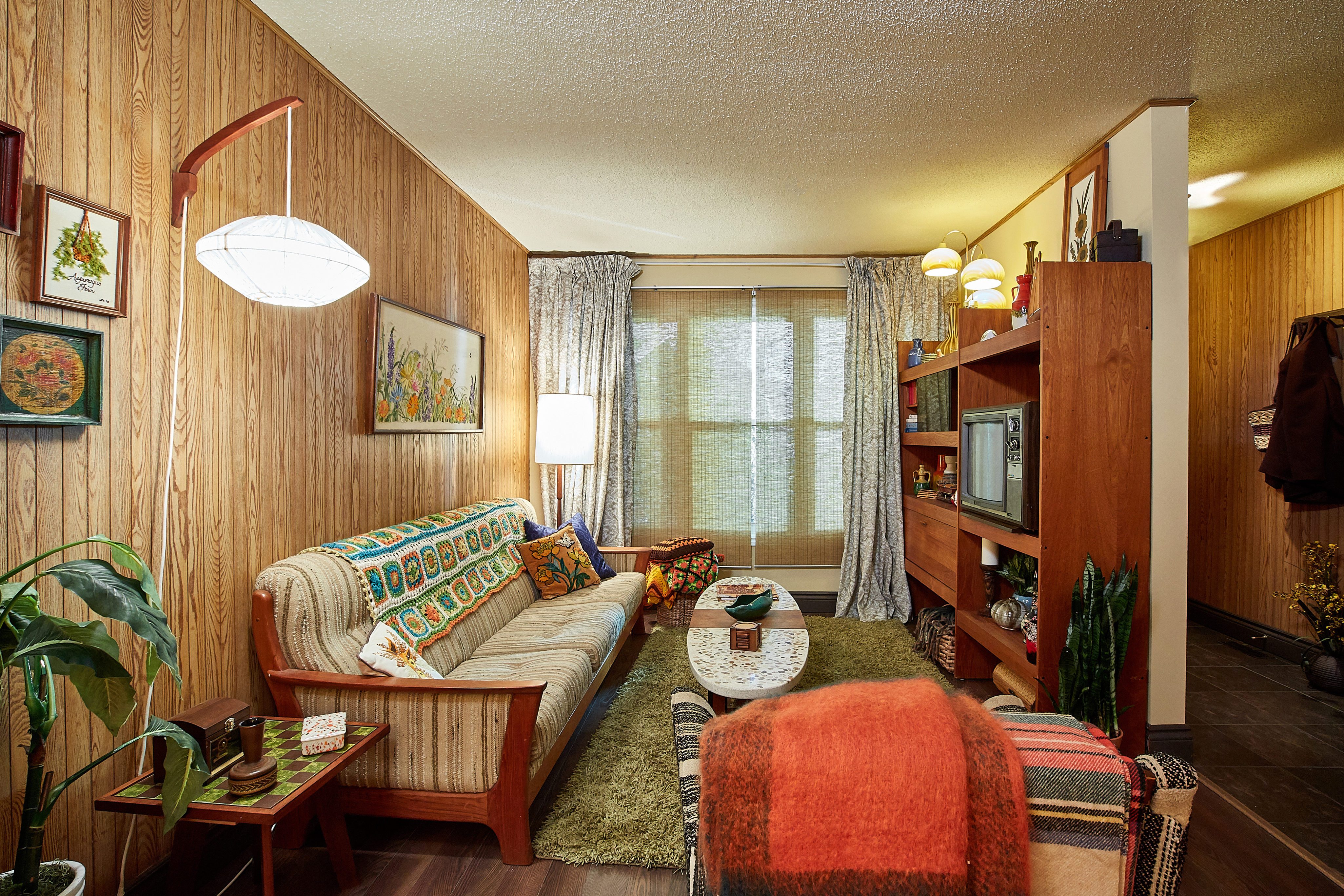 The TV was once again the focal paint in the 1970s living room. When the kids asked their parents where the remote was, they joked, “You’re the remote.” 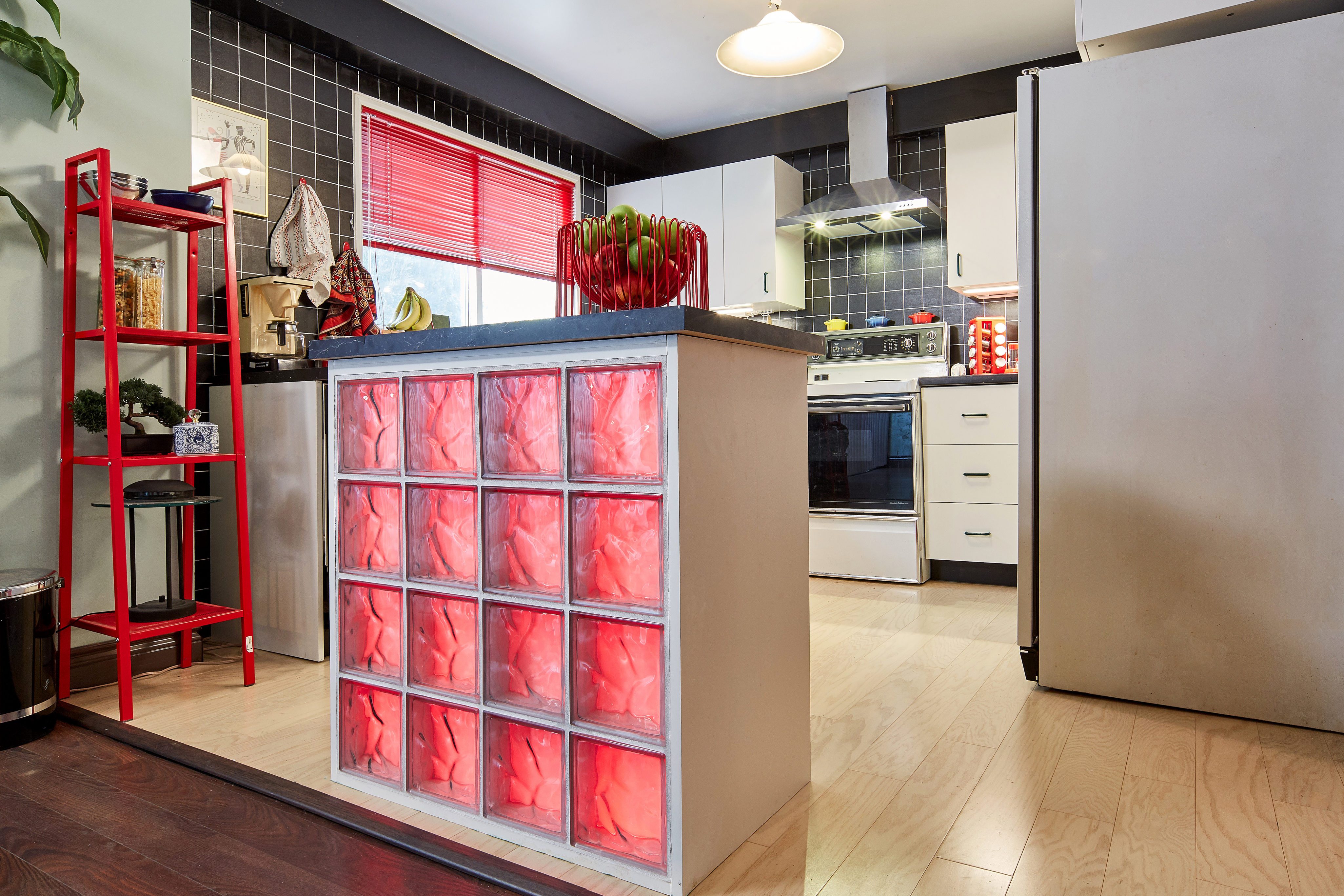 “From the earliest conversations about the ’80s, we knew we had to have glass blocks,” says Twamley. These ones changed colour. The kitchen also featured a microwave for the first time. “It was giant. Tristan cooked an entire chicken in the microwave. Can you imagine? They said it was good!” 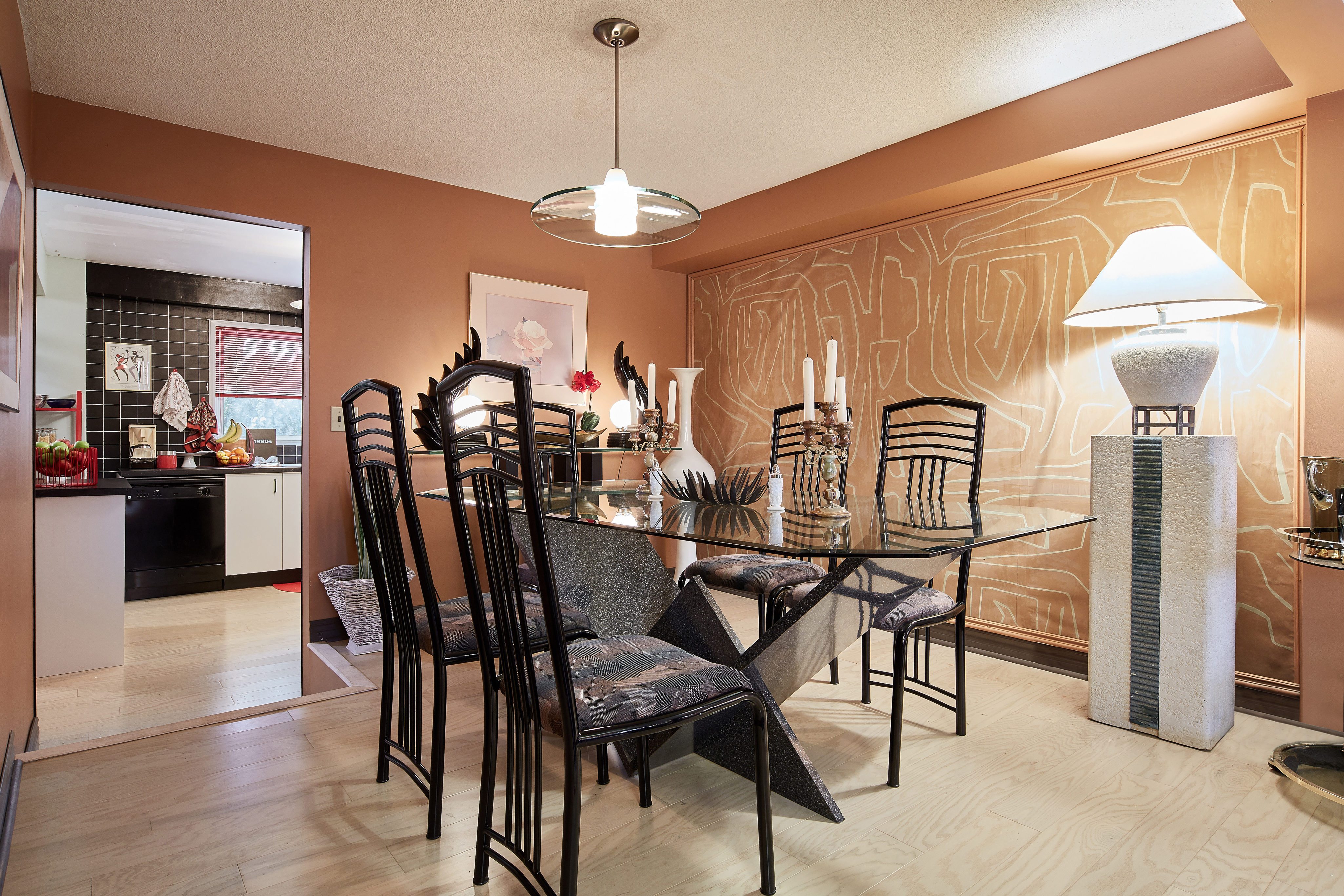 The entire ’80s sets had a cool, modern feel, with harsh colours and stark lines. “It’s interesting how the ’50s space felt much more contemporary than the ’80s one,” says Twamley. 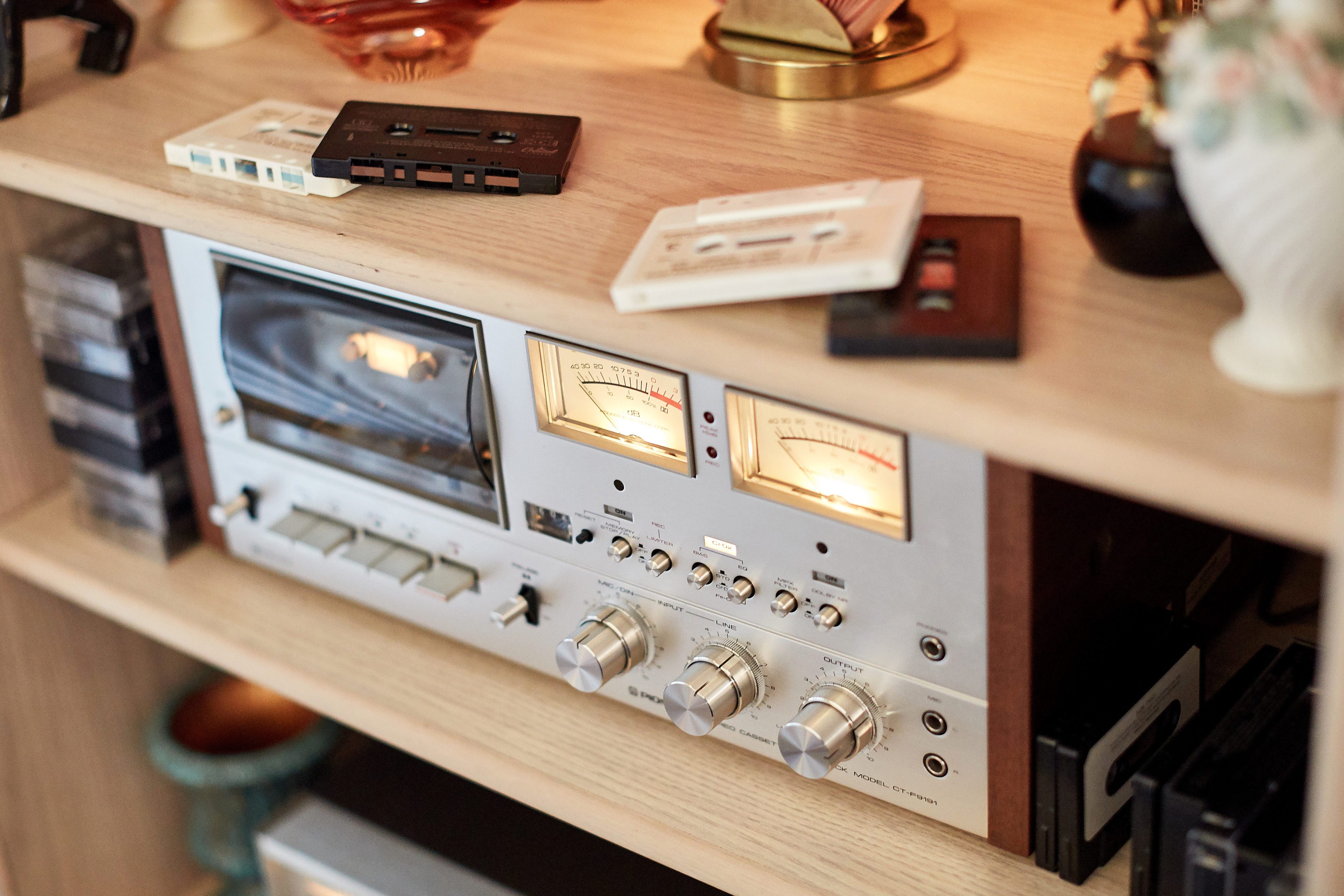 The parents immediately gravitated towards the tape deck in the living room. “This is their era,” says Lawren. “That was the first thing they noticed.” 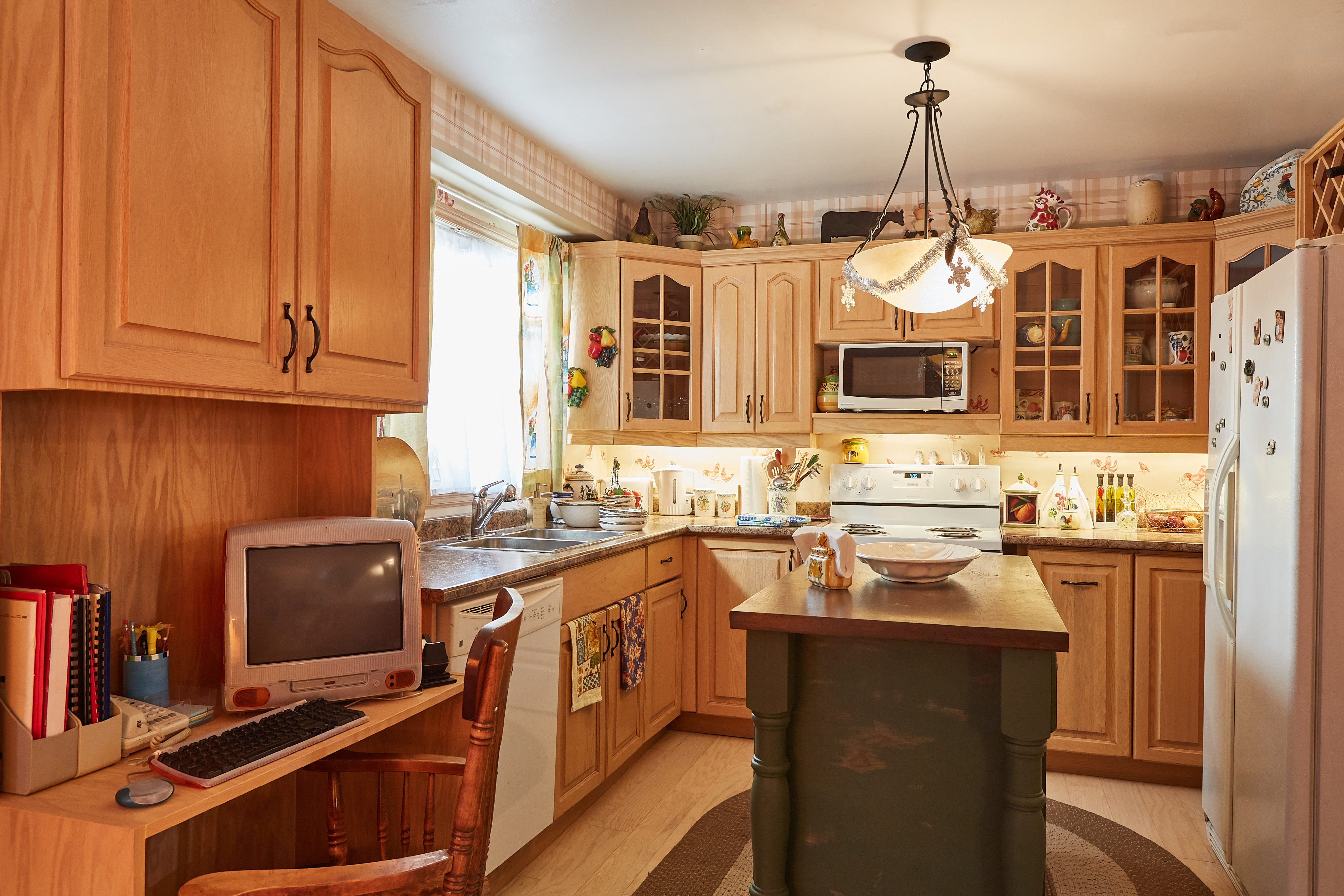 This kitchen hit multiple 1990s trends: pine cabinetry, a wine rack and a workstation, complete with an original iMac and dial-up. 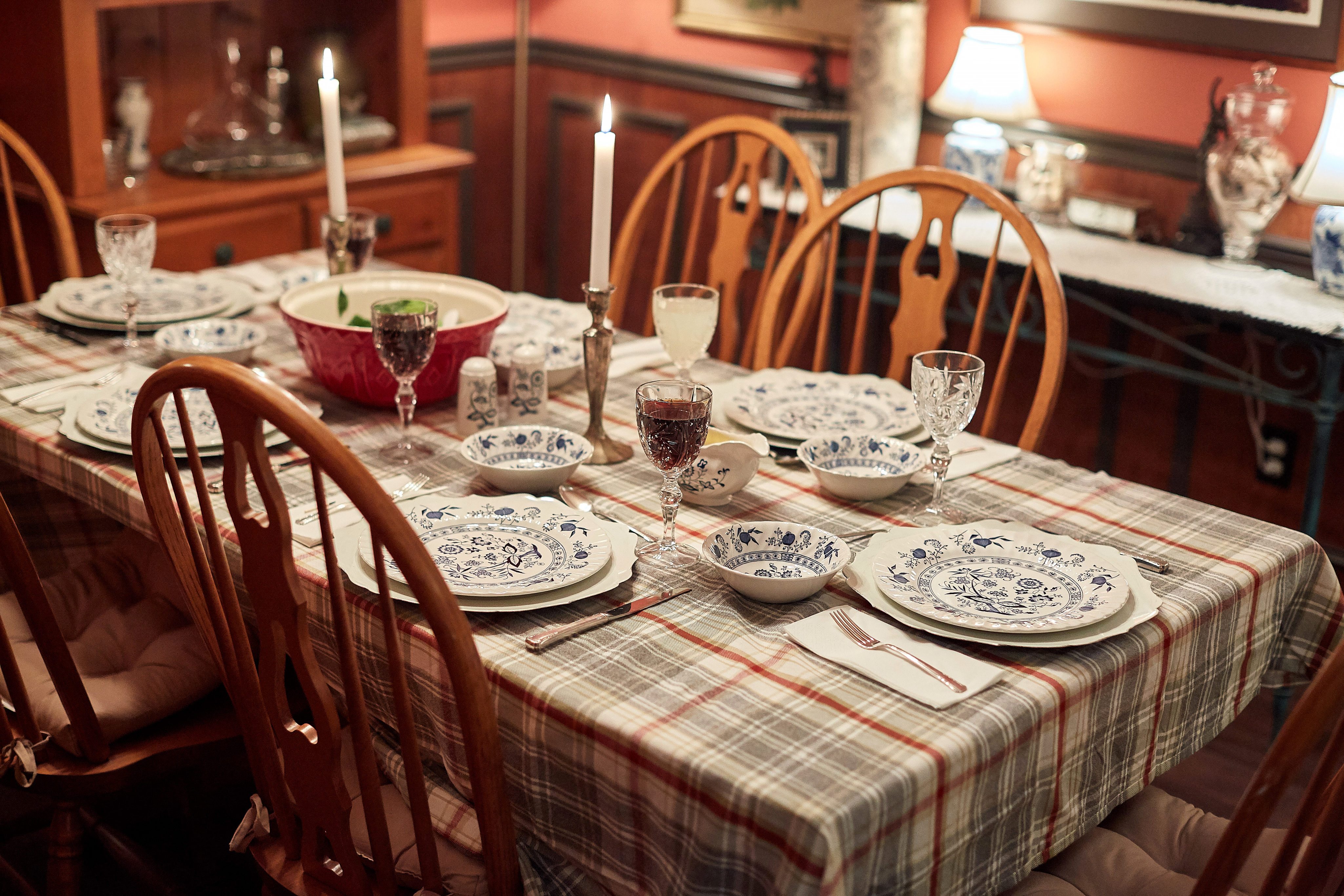 After the series wrapped, the Campuses held onto a few mementos, including this dinnerware set. 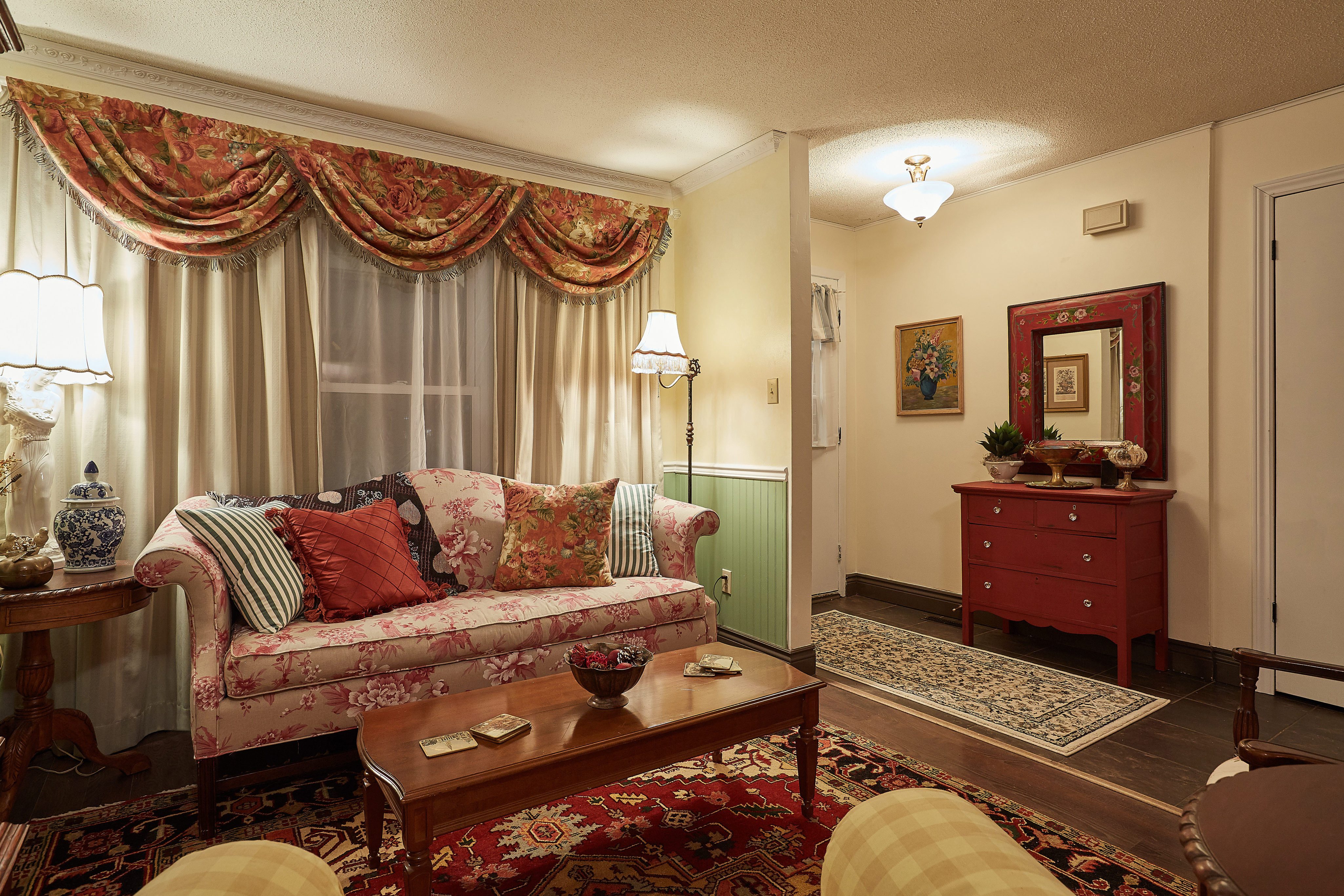 The wainscotting, floral patterns and other quirks of ’90s design felt the most familiar to the creative team. “This set reminded all of us of our parents’ houses,” says Lawren. “At the end of the week, we never wanted to let go of the house. All that work, and now we have to deconstruct? We just said, ‘I hope we got what we need!’”

The original version of this post misidentified the photographer. His name is Dale Wilcox.