While most Torontonians were unpacking sock after sock on Christmas day, some of the city’s most prominent figures were being showered in slightly more interesting items. Here’s what they got.

Wildlife-loving socialite Sylvia Mantella got some matching family outfits embroidered with the year and everyone’s name (this seems to be an annual thing):

Leafs player Mitch Marner got an epic Friends long-sleeve, which received a ton of attention in his comments:

Like most adults, YouTube sensation Jus Reign received a practical self-help book. He also got a Rick and Morty figurine: 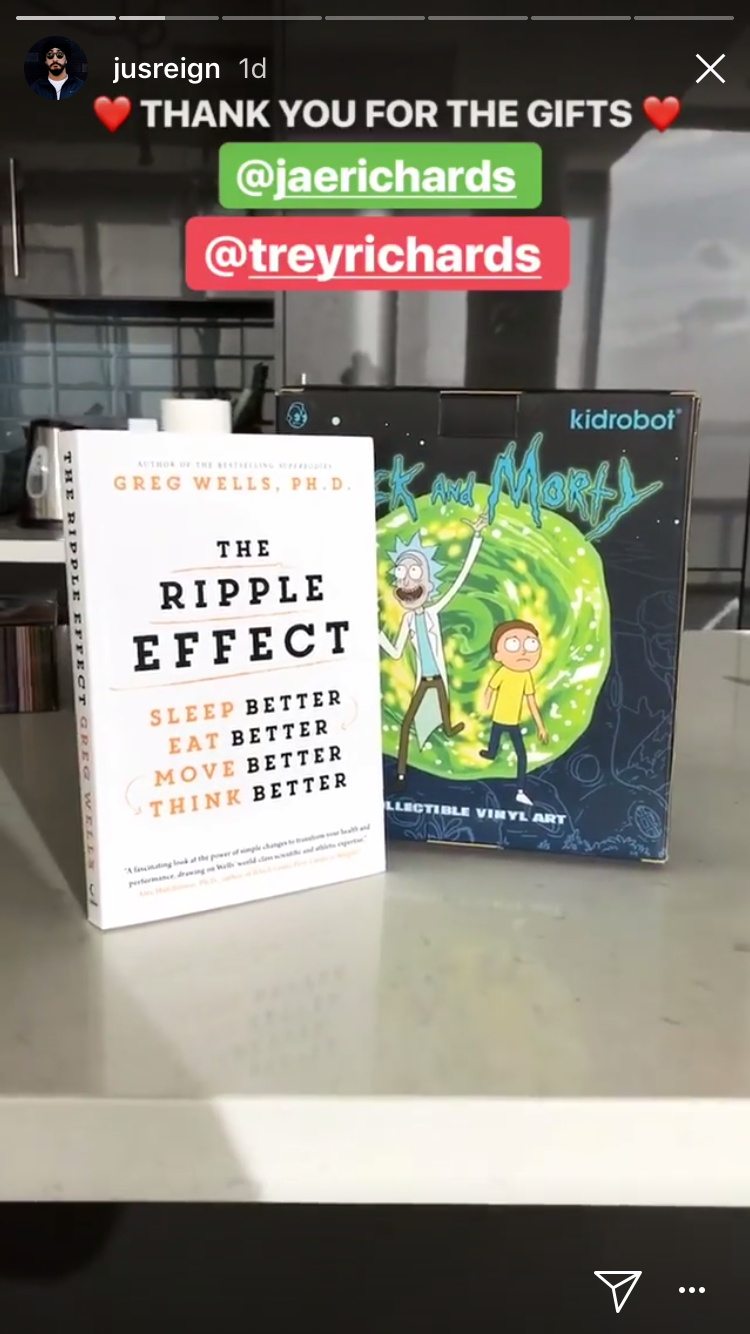 Here’s restaurateur Jen Agg, with a “Femmes Fatales” hoodie she descibes as “rad”:

Former Fashion EIC Bernadette Mora got a fun beach read from her son:

A gift from my Math-loving son Chris so “you can understand me better.” It’s full of math equations and it’s not helping!

The Social co-host Cynthia Loyst was gifted this exceptionally pretty hairdo, courtesy of her 11-year-old niece:

Merry Christmas! My amazing 11 year old niece did this fishtail braid on me. When I was 11 all I could do was use a banana clip. #timeshavechanged

Fashion personality Jeanne Beker got a Paul Portelli terra cotta bunny sculpture that fits in perfectly at her country abode:

Perfect pairing! The #PaulPortelli bunny Iain got me rests comfortably beneath the 1867 #CurierAndIves lithograph I got him! #christmasgifts #hamishheights #countrylife #northumberlandcounty

And from the looks of their exceptionally crowded living room, Jenna Bitove Naumovich and crew got everything on their wishlists:

Blue Jays outfielder Kevin Pillar decided to give back, instead, and delivered gifts to families in need:

This Christmas my family and I decided to do something different, something we had always talked about doing but just never found the time to do.. it started last year with my friend @rchealy25 feeling like we both have a platform to go out and help people in need especially those with kids!! I’m happy to say we were able to partner up with http://www.thelighthouse-aplaceofrefuge.org and deliver gifts to families that could really use some help. No better gift then seeing a young kid who is expecting little to nothing on Christmas end up with stuff off their wish lists! On behalf of my family we ask those who are in a position to help others to spread the gift of giving to those in need. Nothing better then the smile of a young child! (Privacy of the families are important)

According to Toronto FC’s Sebastian Giovinco, his greatest Christmas gift was the MLS Cup:

While Raptors star Jonas Valanciunas’ self-proclaimed greatest gift was spending time with his family and friends:

Merry Christmas from my family to yours? For me the best gift of all is getting to spend time with my family and friends. I hope you can do the same, and have a safe holiday & great 2018! Su Šventom Kalėdom! :))

For Rick Mercer, it was the little things, like finally getting a wood-burning stove installed in his cabin:

Fire in. Slow and steady. Xmas with a view