The buyers: Nick Merkley, 42, who works in finance; and his brother, Matt Merkley, 40, medical sales consultant

The history: Growing up in Ottawa during the ’90s, Nick and Matt enjoyed lots of winter sports. The brothers played shinny at the local rink and their father took them to a bunch of Senators games. During the holidays, the whole family drove up to Mont-Tremblant to ski.

Years later, after both the brothers got married, moved to Toronto and started families, they introduced their kids to skiing. In 2016, the two families—which had grown to include a total of six kids—began skiing together at Devil’s Glen, a ski club south of Collingwood. For the past four winters, the families split a cottage rental near the hill and skied there during school breaks and long weekends.

After being stuck in lockdown in early 2020, the Merkleys were excited to escape the city for the winter. In May, when they started looking for a rental near their ski clubs for the upcoming season, they were shocked to discover that listing prices had skyrocketed, since so many other families were also looking for a pandemic getaway. A three-bedroom cottage typically cost them about $12,000 for the four-month ski season, but rentals this winter were being listed for upwards of $40,000.

That’s when the Merkleys got an idea: instead of spending an exorbitant amount on a rental, why not buy their own property up in ski country? That way, they would have a guaranteed place to stay each year. They could also list the place on Airbnb when they weren’t using it, to help cover the mortgage. The Merkley brothers set a budget of $800,000, agreeing to split the costs and upkeep duties.

In the early fall, they began searching for a property with at least three bedrooms and two bathrooms, along with a spare room they could convert into an extra bedroom for guests. The place needed to have enough square footage for 10 people and all their ski gear, as well as a second living room where the kids could play and watch movies without disturbing the grown-ups. And most importantly, the property had to be near Devil’s Glen.

The buy: In September, Matt, who took charge of the search, drove to a 40-acre corn and wheat farm in Simcoe County. Located a few minutes outside of Creemore, a small town an hour and a half’s drive north of Toronto, the sprawling property had a three-bed, tw0-bath brick farmhouse situated in the middle of a manicured five-acre lawn. It also had an unused barn and a large treehouse.

The 1,600-square-foot farmhouse was in excellent condition, aside from a rickety old oil furnace that desperately needed replacing. The farmhouse even had two living rooms, one of which Matt envisioned converting into a kids’ playroom with a pull-out couch for the older boys to sleep on. The owners allowed a local farmer to use 35 acres of the property for free and the grounds were beautifully maintained and cultivated. Better yet, it was only 12 minutes’ drive from Devil’s Glen. 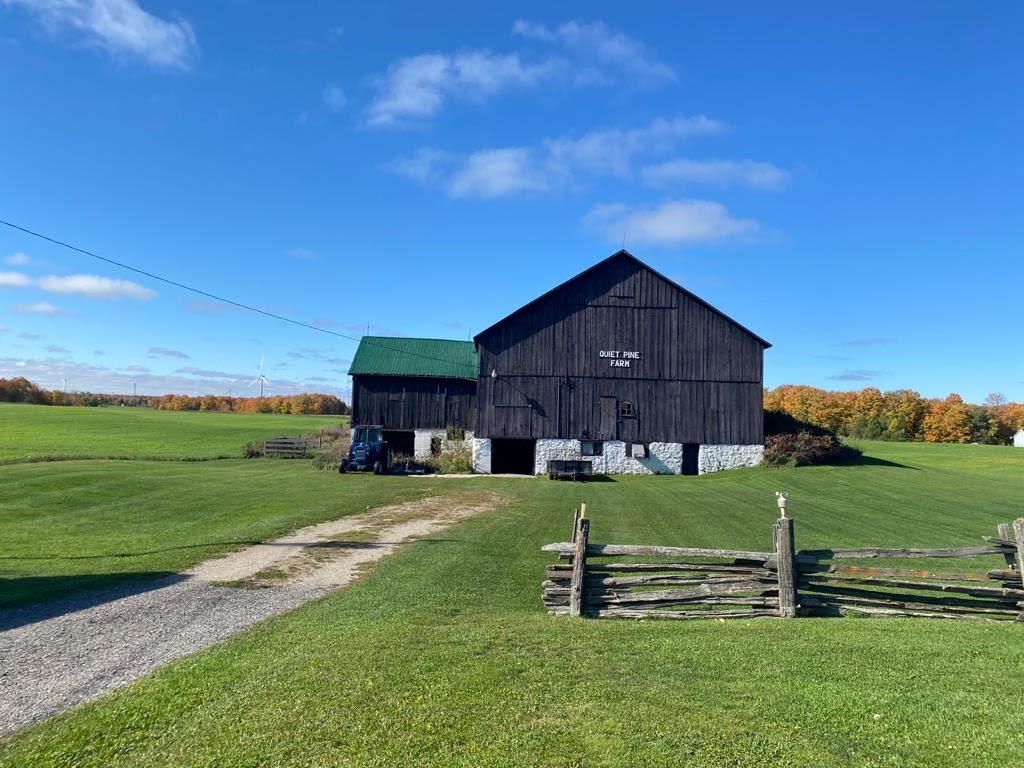 Matt was ready to buy it on the spot, but he wanted everyone else to see the property first. He visited the farm again with his wife, Maxine, a few days after. All 10 members of the two families viewed it the following week. The kids fell in love with the property, taking turns riding a tractor and hanging out in the treehouse the owners had built years prior. 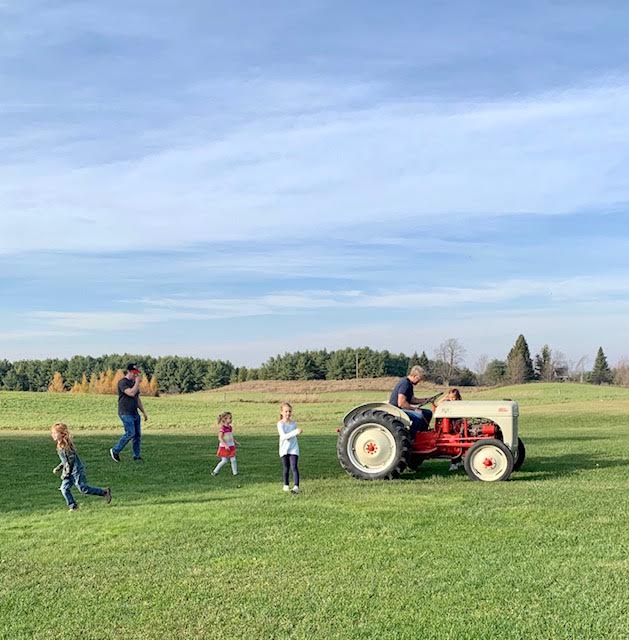 The owners, an older couple looking to downsize, were motivated to sell. The only snag was that they had listed the place for $974,000, nearly $175,000 over the Merkley brothers’ budget. The night of their visit with both families, the two couples discussed whether they were willing to spend that much on a second property. They did the math and figured out it wouldn’t cost much more to take out a bigger mortgage, especially since they’d be splitting everything down the middle. And worst-case scenario, they could always sell it and likely break even, given how demand had increased in cottage country since the start of the pandemic. 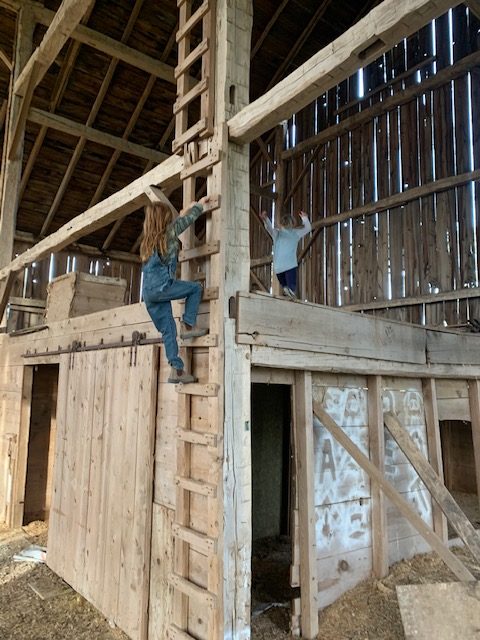 Factoring in the roughly $20,000 needed for a new furnace and other minor renovations, the Merkleys made an opening offer of $955,000 on October 14. The sellers came back to the Merkleys with $972,000, only $2,000 lower than the initial asking price. Matt reminded the sellers that the furnace needed replacing and offered a compromise: either take another $5,000 off their asking price, or give the Merkleys $5,000 they could put toward the new furnace. On October 28, after two weeks of on-and-off negotiation, the sellers agreed to lower their price to $967,000, with a December 15 closing date. The Merkleys quickly accepted.

The outcome: The Merkleys took possession in December and have already installed a brand-new propane furnace and a tankless water heater to avoid any basement flooding. To help cover the first mortgage payments, close friends of the Merkleys will be renting and sharing the farmhouse with the family this winter. The Merkleys also agreed to keep the previous owners’ deal, allowing a local farmer to grow crops on their land in exchange for the farmer plowing their driveway in the winter.

For next summer, they’re planning on putting in a heated in-ground pool right behind the farmhouse and building a winterized bunkie for the kids, which will cost them roughly $80,000. Once the pool is installed, Matt estimates that they’ll be able to list the property on Airbnb for upwards of $600 a night. The Merkleys have also discussed building a second structure with two or three bedrooms and its own kitchen and bathroom, which they can use to host more guests, or rent it out for additional income.

Despite going more than $150,000 over budget, the Merkleys are glad they decided to invest together in a second property, where they hope to spend holidays and create memories for generations to come.