The history: Francesca and Erik met online in 2003 and got married the next year. Around that time, Erik moved into Francesca’s one-bed, one-bath condo at Bayview and Sheppard.

Soon after, the couple bought a two-bed, three-bath pre-construction townhouse at Yonge and Finch, for $350,000. They moved into the unit, upon its completion, in 2006. Sienna was born the next year.

In 2009, they decided to move out to Markham, where Erik grew up, knowing it would provide a cheaper cost of living and more space to raise Sienna. The family sold their townhouse for $380,000 and bought a 2,600-square-foot four-bed, three-bath detached in Cornell, a neighbourhood in northeast Markham. They paid $469,000.

The Wiitasalos liked the area. They lived close to the Markham Stouffville Hospital, community centres and new schools. There were also plenty of other young families nearby. But over the years, they started to get a bit bored, with little to do in the area other than visiting the Markville mall, hanging out with friends or going for walks.

When Sienna got a bit older, the Wiitasalos spent more time in the city, exploring different neighbourhoods (Distillery District, High Park), restaurants (Terroni, Le Papillon on Front) and museums (the ROM and the AGO).

By the summer of 2020, they began seriously considering a move to Toronto. Francesca would be able to live closer to her parents, who live at York Mills and Bayview.

Erik would be able to watch more Blue Jays games (when life returned to normal). And Sienna would be starting high school soon, so they wanted her to live in an area where she could experience a bit of culture and gain some independence by taking the subway instead of relying on rides from her mother. “We knew that if we didn’t move then, we would be stuck in Markham for another four years until Sienna finished high school,” says Francesca.

The Wiitasalos set a budget of $1.1 million and started looking for a three-bed condo or townhouse, with square footage ranging between 1,300 and 1,800 square feet. The extra bedroom would provide space for a guest room or storage, and Francesca and Erik were fine with downsizing from their 2,600-square-foot home because they typically only spent time in half of the house. Another bonus: downsizing would allow them to pocket some money for retirement.

There were a couple more items on their must-have list. The family wanted the benefits of community living, like social committees, pools and gymnasiums. And, perhaps more importantly, no outdoor maintenance. At their place in Markham, the Wiitasalos barely used their outdoor space, yet still had to maintain the whole property, cutting grass and pruning trees, which had become a big annoyance.

On January 10, 2021, the couple visited a two-bed-plus den, two-bath at Yonge and Sheppard, listed for $939,000. The building had great amenities, including an indoor pool, golf simulator, ping pong table and gym. Plus, outdoor maintenance would be taken care of. And the unit was 1,350 square feet—nearly half the size of their Markham home—with a recently renovated interior.

The kitchen had quartz countertops and a marble backsplash. 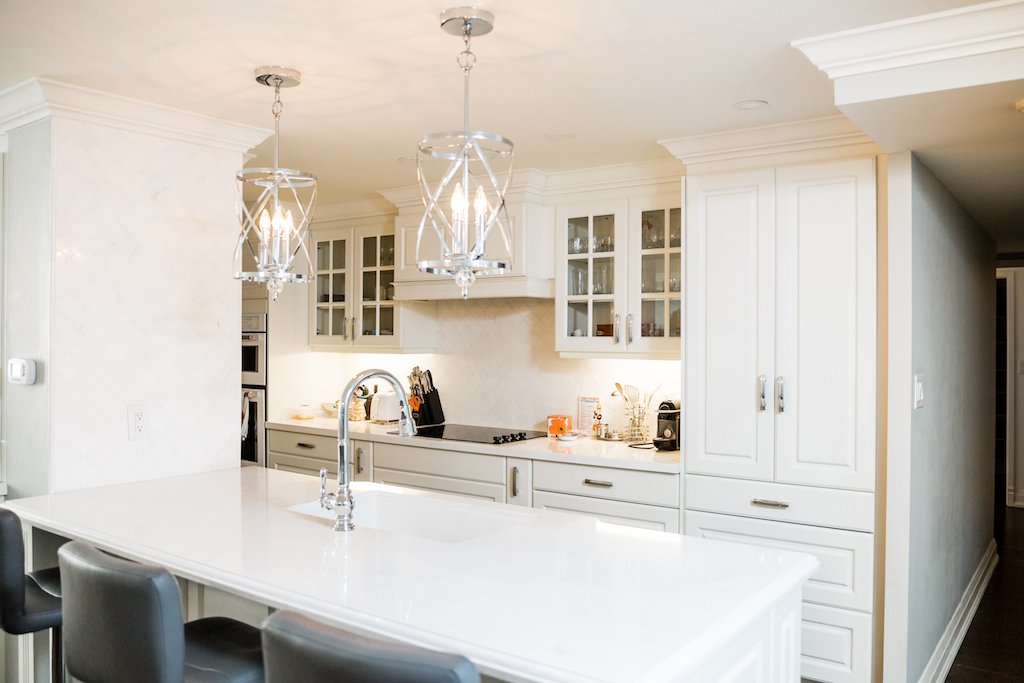 There was a built-in entertainment centre in the family room. 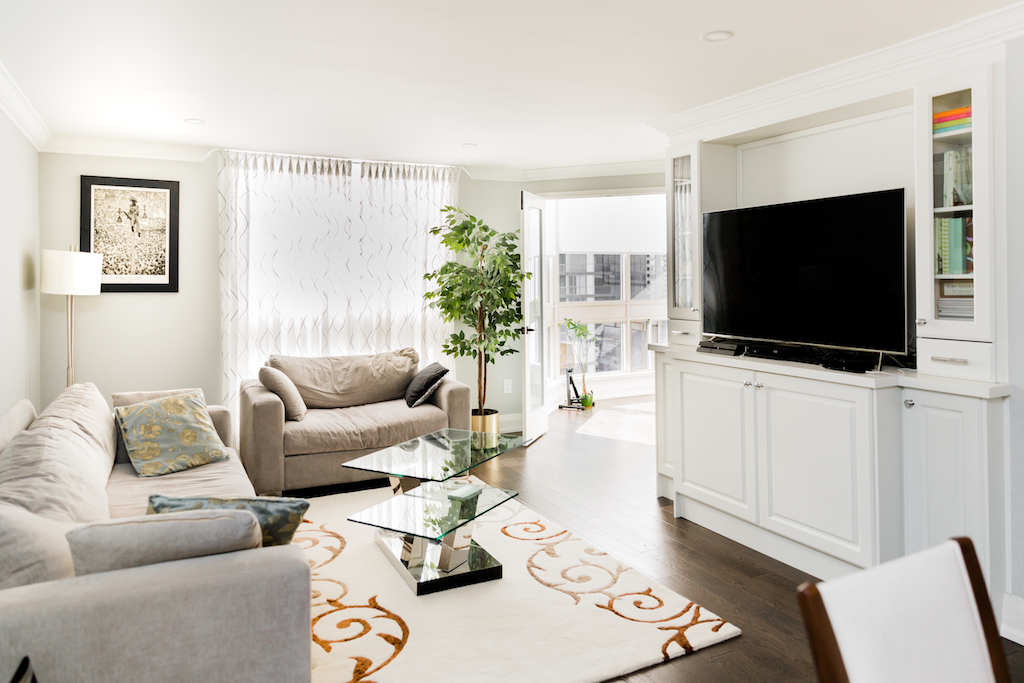 It had hardwood floors throughout. 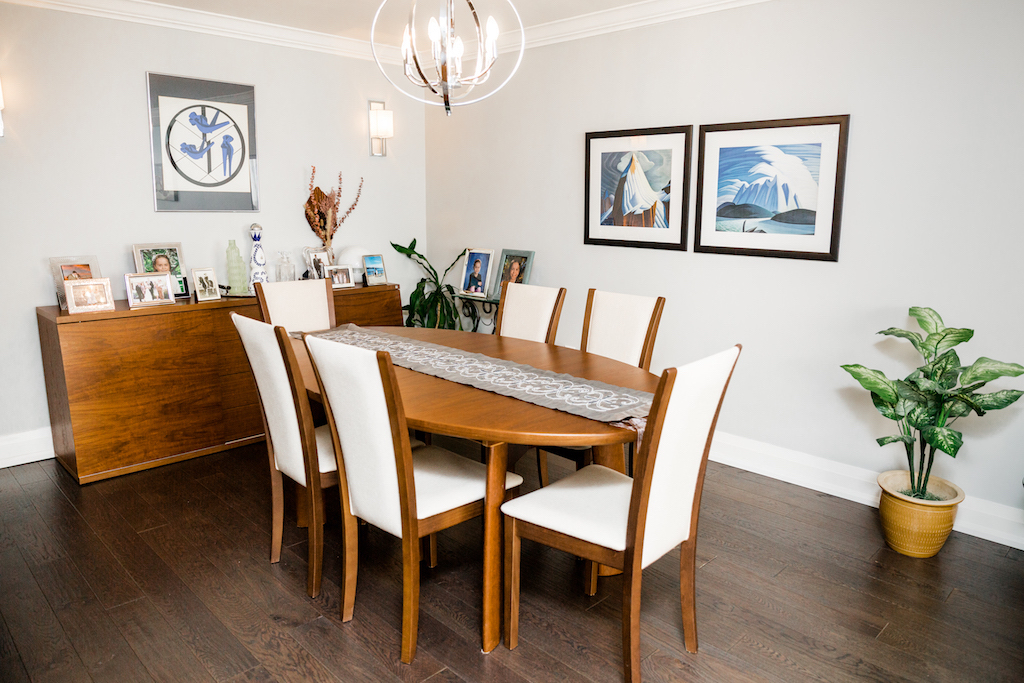 The master bedroom was large enough for a king-sized bed and had a walk-in closet. 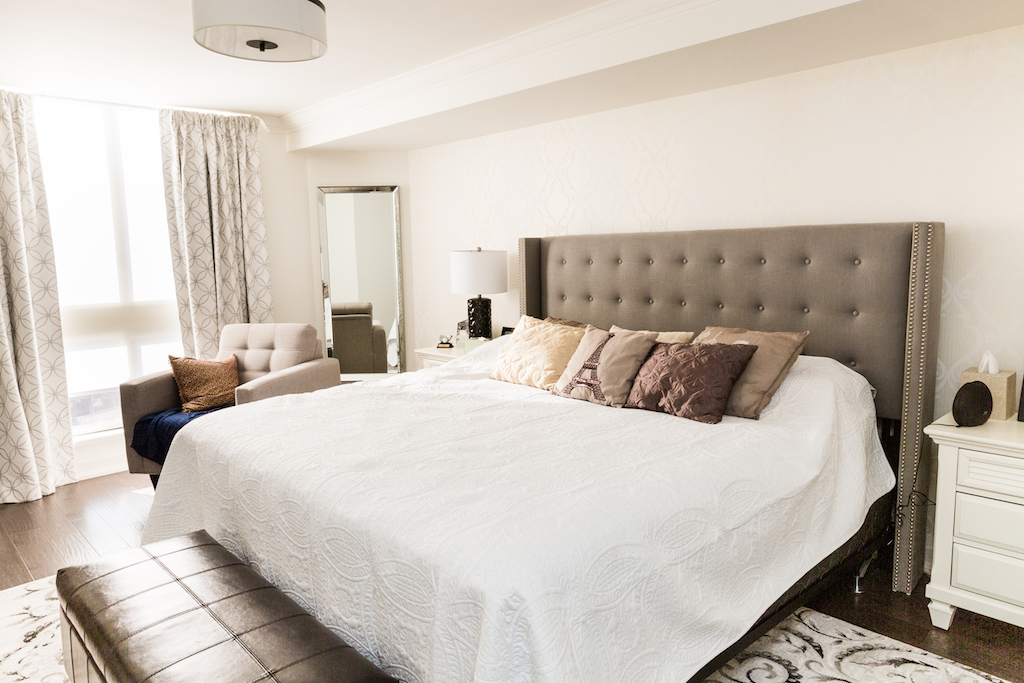 And the solarium could function as a small third bedroom or storage space. 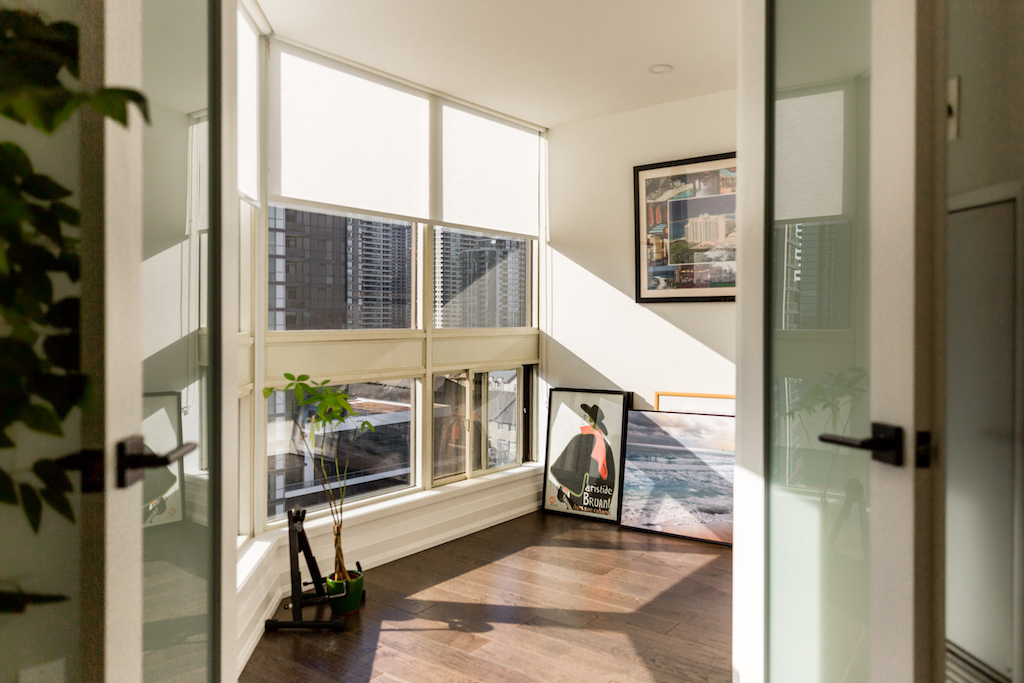 The Wiitasalos absolutely loved it. They decided to place a bid at $875,000, roughly $65,000 under asking, thinking the place was overvalued, considering the pandemic-induced dip in the condo market. The sellers balked at that. So the Wiitasalos upped their offer to $890,000. The sellers came back at $905,000, offering to throw in some kitchen bar stools and bedroom furniture. That sealed it.

The outcome: The family moved into their new condo on February 19. So far, they’re enjoying life in North York. Erik’s commute to his construction site at Bay and Avenue basically got cut in half, and he joined a golf club in Thornhill, where he plans to spend plenty of time in the summer.

Francesca is enjoying walking in the area and looks forward to meeting new people in her building. The best part: it’s only a seven-minute drive to visit her parents.

Sienna will finish the rest of her school year online, working from a nook in her room, but will start at a nearby high school in the fall. She’s even thinking of starting a bubble tea blog, reviewing all the spots near their new condo. 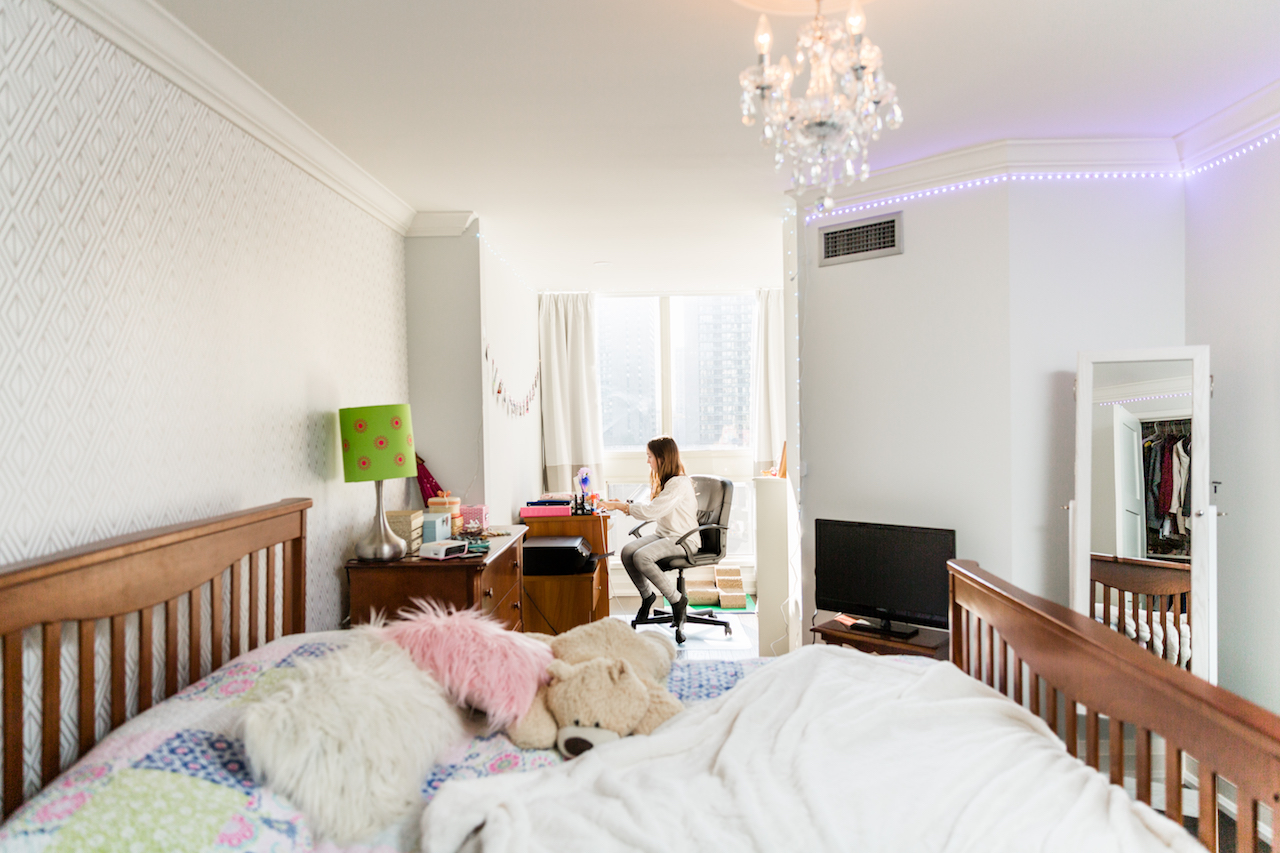 Sienna would like to stay in Toronto for university, allowing her to keep living at their new condo and take the subway right down to class. After selling their place and buying the condo, Francesca and Erik were able to pocket some additional savings, which should help with their retirement.

The Wiitasalos will miss some things about Markham, like the smooth roads, extra space, quiet streets and all the friends they made over the years. But for the most part, they’re happy about their decision to downsize.

“Lots of people in Markham thought we were crazy to move into a condo during Covid,” says Francesca. “But Covid won’t last forever, and eventually everything will reopen. We were bored in the suburbs. Having lived here for a short time, I already feel like we’re exactly where we should be.”