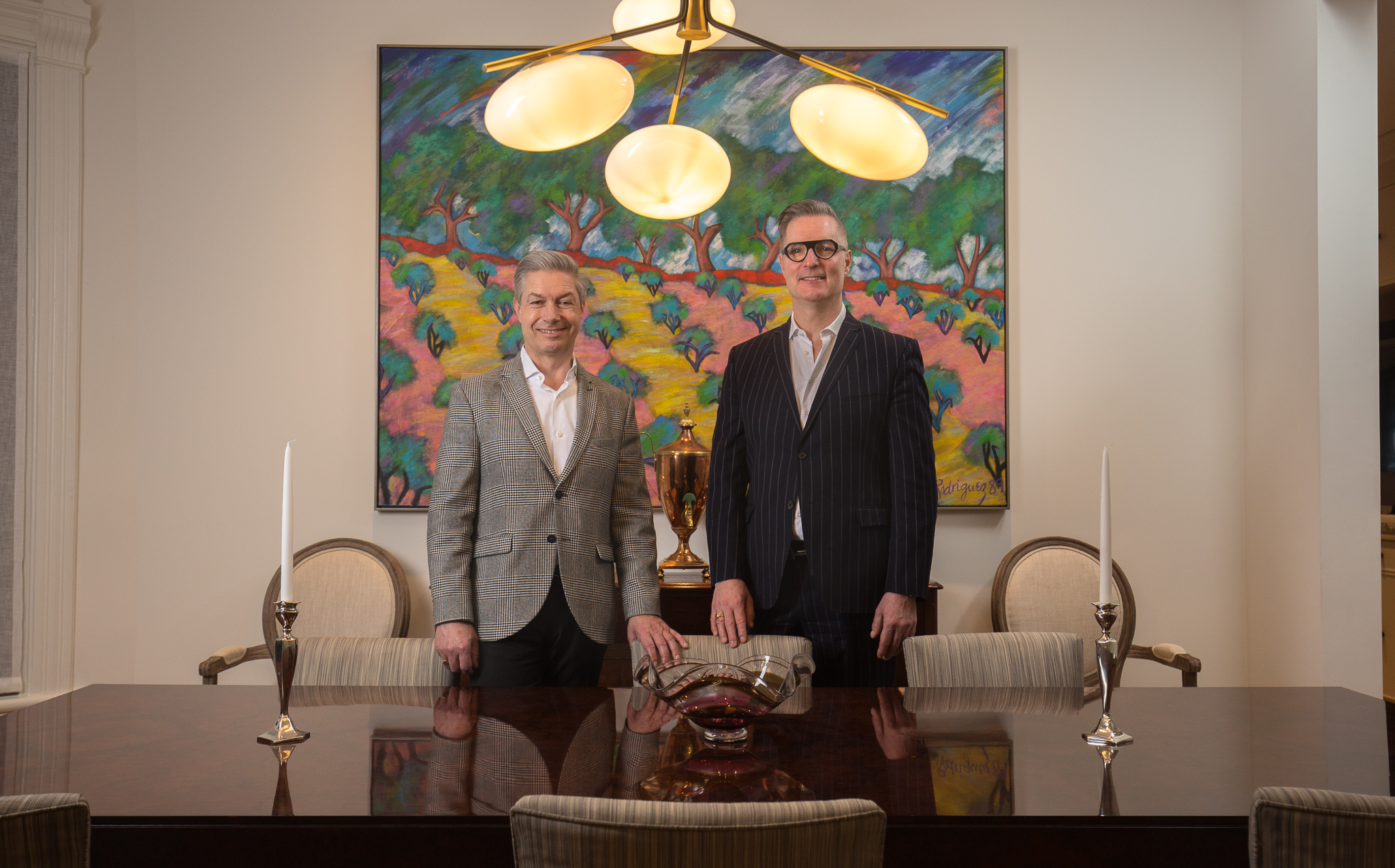 In 2005, Robert and Paul purchased a four-bed, 1.5-bath semi in Cabbagetown. They loved the neighbourhood, but by 2014, they wanted a place with more outdoor space. So they bought a condo in the city, where they planned to spend their time during the week, and a cottage in Prince Edward County, where they could spread out on the weekends. Paul and Robert thought the cottage would be perfect for large get-togethers, since it sat on a sizable property. Unfortunately, it took three and half hours to drive there in Friday rush-hour traffic, so friends and family were often unwilling to make the trek. In early 2018, they sold the cottage and started looking for a house in the city, something with a decent-sized yard.

A few months later, a friend tipped them off about an unlisted century home in Harbord Village. Apparently, the owner was keen to sell. When Robert and Paul went for a viewing, they loved the neighbourhood’s wide streets and picturesque Victorian houses. But they found the actual house in utter disrepair. The original brick façade was covered with aluminum siding. The interior was covered in anti-Trump graffiti. Some of the lights wouldn’t turn on because of electrical issues. The ceiling in the main kitchen was MIA. Plus, the owner had converted the home into five separate rental units, so there were four other dilapidated kitchens to fix up. The basement, which was partially finished, had mould from decades of water damage. In the backyard, there was old dusty furniture and a broken piano. Beneath it all, however, Robert and Paul thought the home looked structurally sound and had plenty of reno potential. So they bought it for $2.2 million.

After some careful planning, Robert and Paul got to work, with the help of Midtown Builds. They gutted the interior: none of the plumbing, electrical or HVAC was salvageable. They reclaimed the kitchens from the rental units, turning one of them into a dressing room for the master suite and another into a guest bedroom. They also hired two masons to restore the home’s heritage Victorian exterior. During the process, they stumbled upon some unexpected problems. Although the house looked structurally sound when they first viewed it, when the contractors took out the drywall on the third level, they realized the floor needed rebuilding. They also had to reinforce the garage, replace the drainage pipes beneath the basement and pour a new concrete floor. Before long, their budget had tripled.

Five months and more than $1.5 million later, renovations were completed just in time for a Christmas party—a shindig with 140 family and friends. “It was an amazing feeling to have our new house filled with loved ones,” says Paul. Since then, they’ve decided to downsize. Their renovated five-bed, five-bath Victorian is listed for $4,850,000.

Before: The 131-year-old main-floor staircase was one of the few salvageable original interior elements. 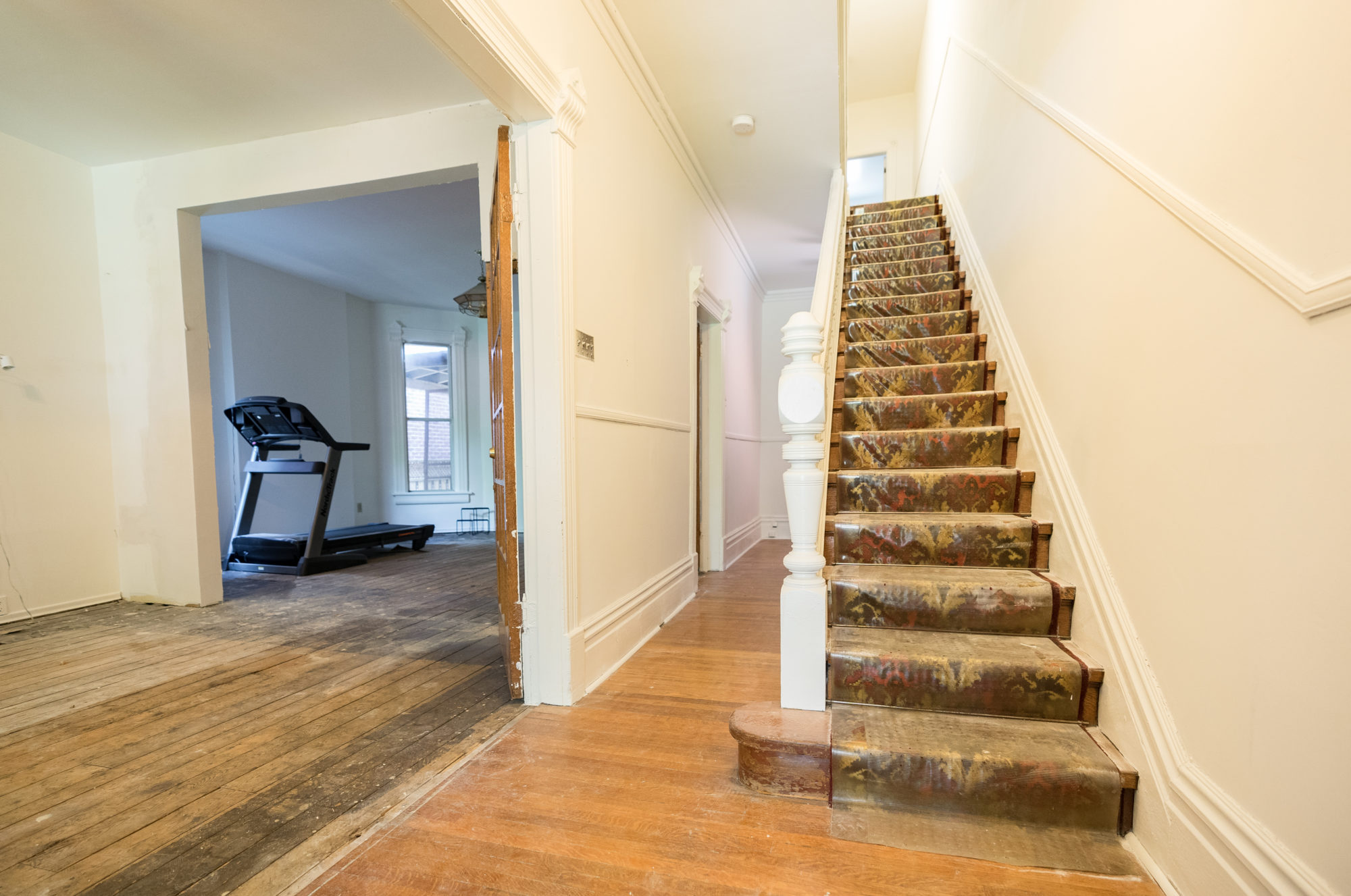 After: Robert and Paul spruced up the staircases with imported Spanish wool carpeting. 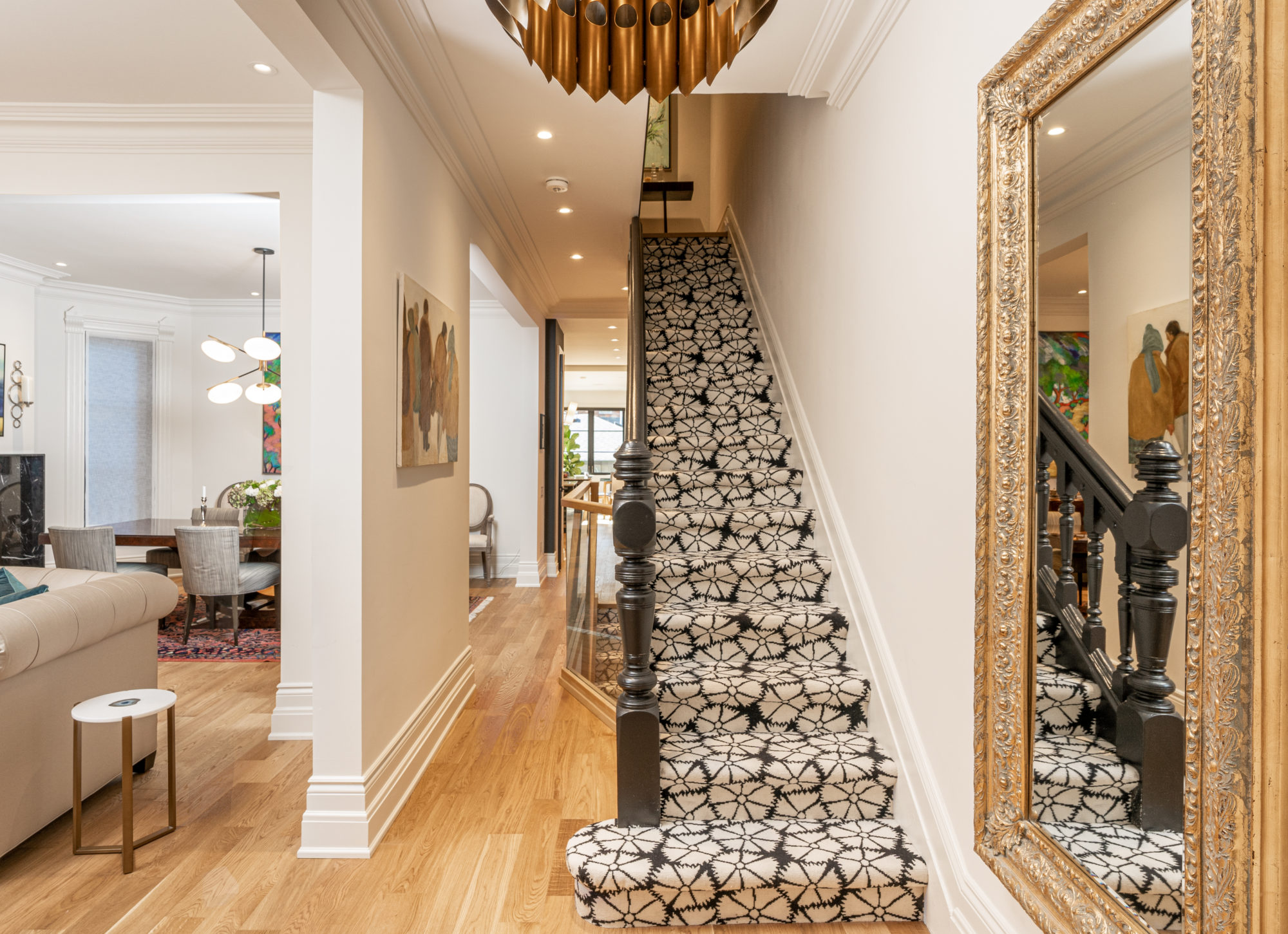 Before: This was the main-floor bathroom, which Paul and Robert turned into a powder room. 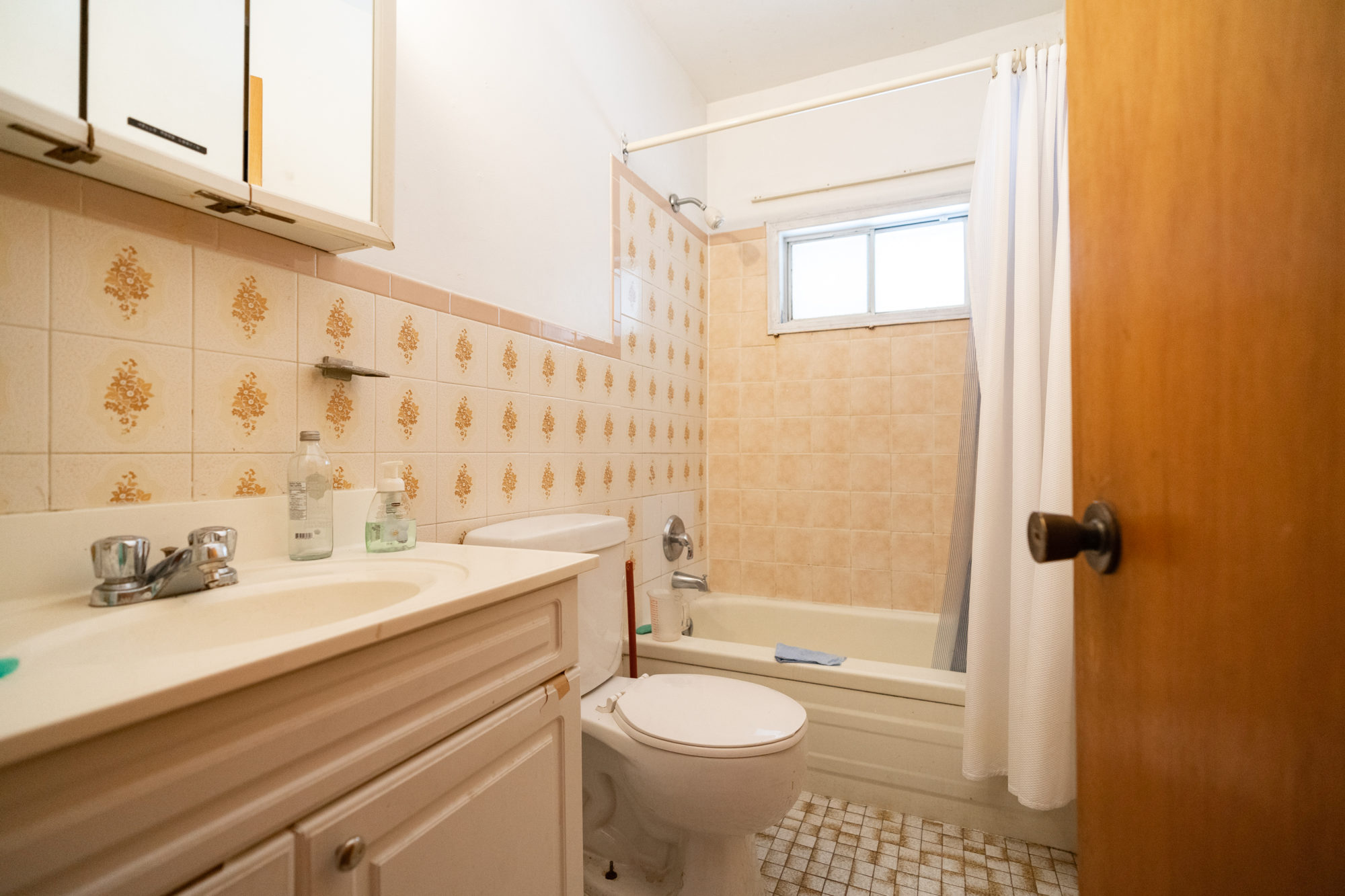 After: Paul and Robert went for the “wow factor” with a butterfly wallpaper design by Christian Lacroix. They also reconfigured the layout, making it slightly smaller and more like a powder room. 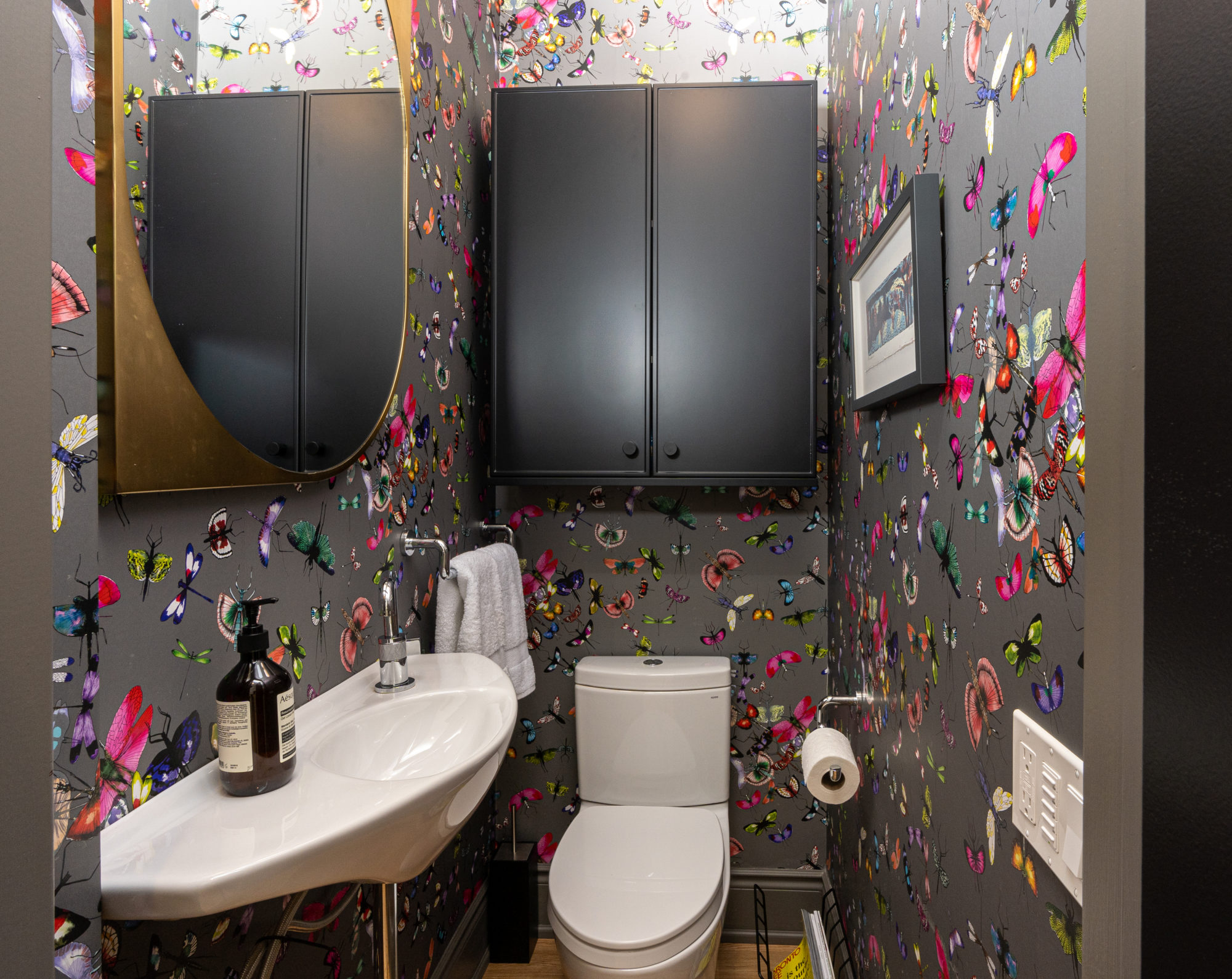 Before: The dining room used to be a bedroom. 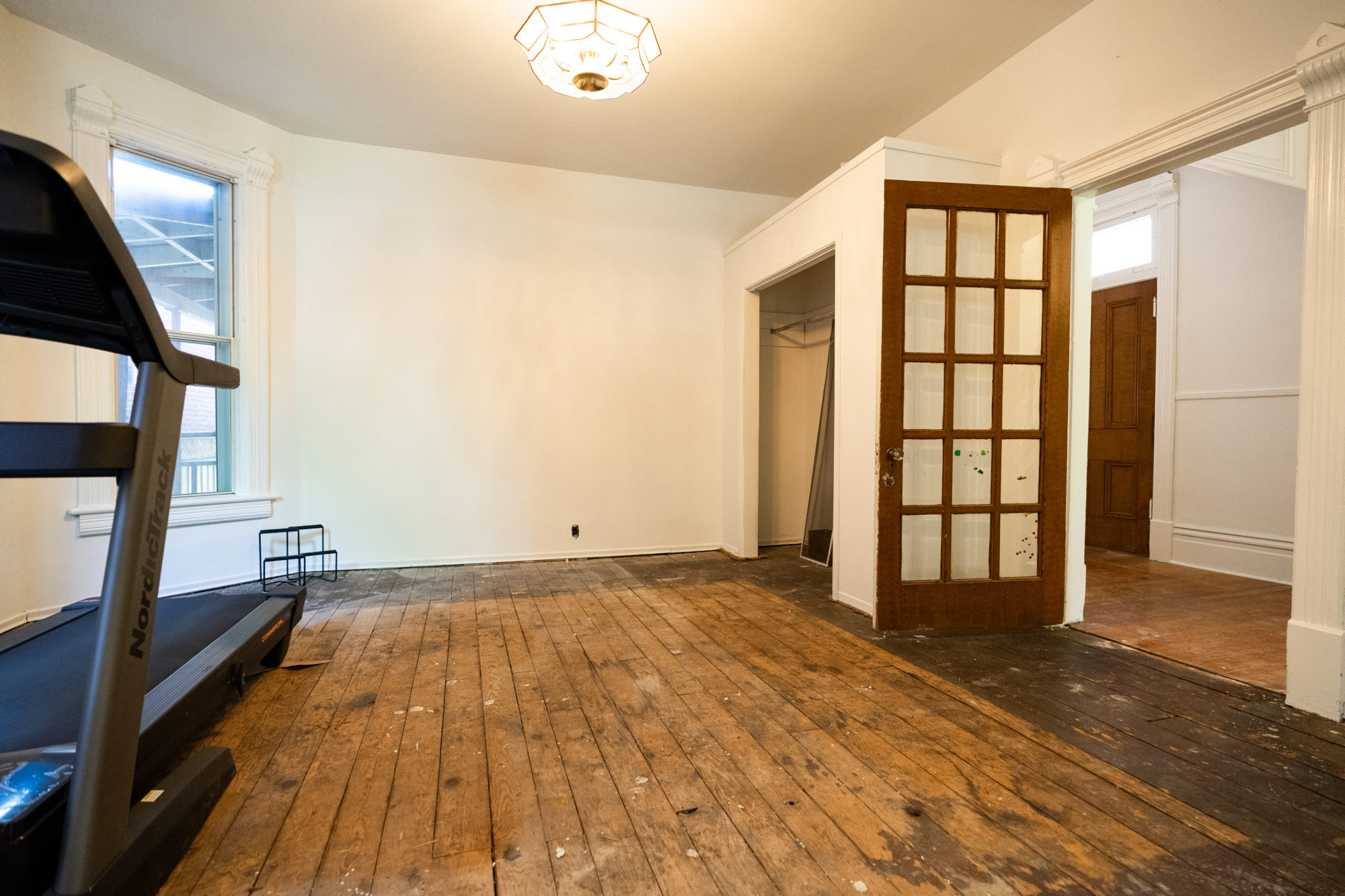 After: They ditched the closet and installed beams to support the roof and create an open-concept layout, connecting the dining room and hallway. They also added glass panels to the railing beside the staircase. 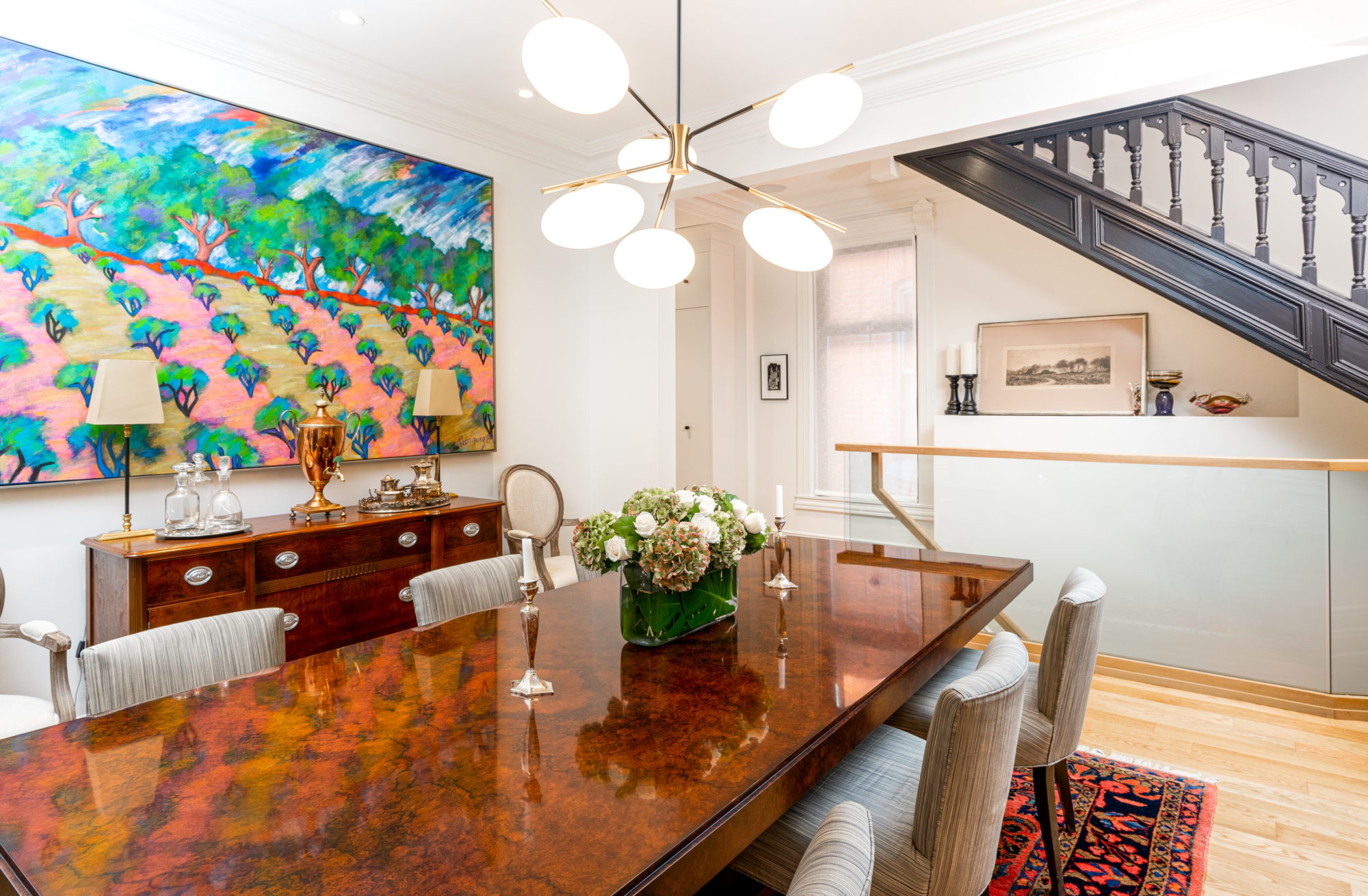 Before: The flooring had to go, but otherwise the living room was in better shape than the rest of the home. 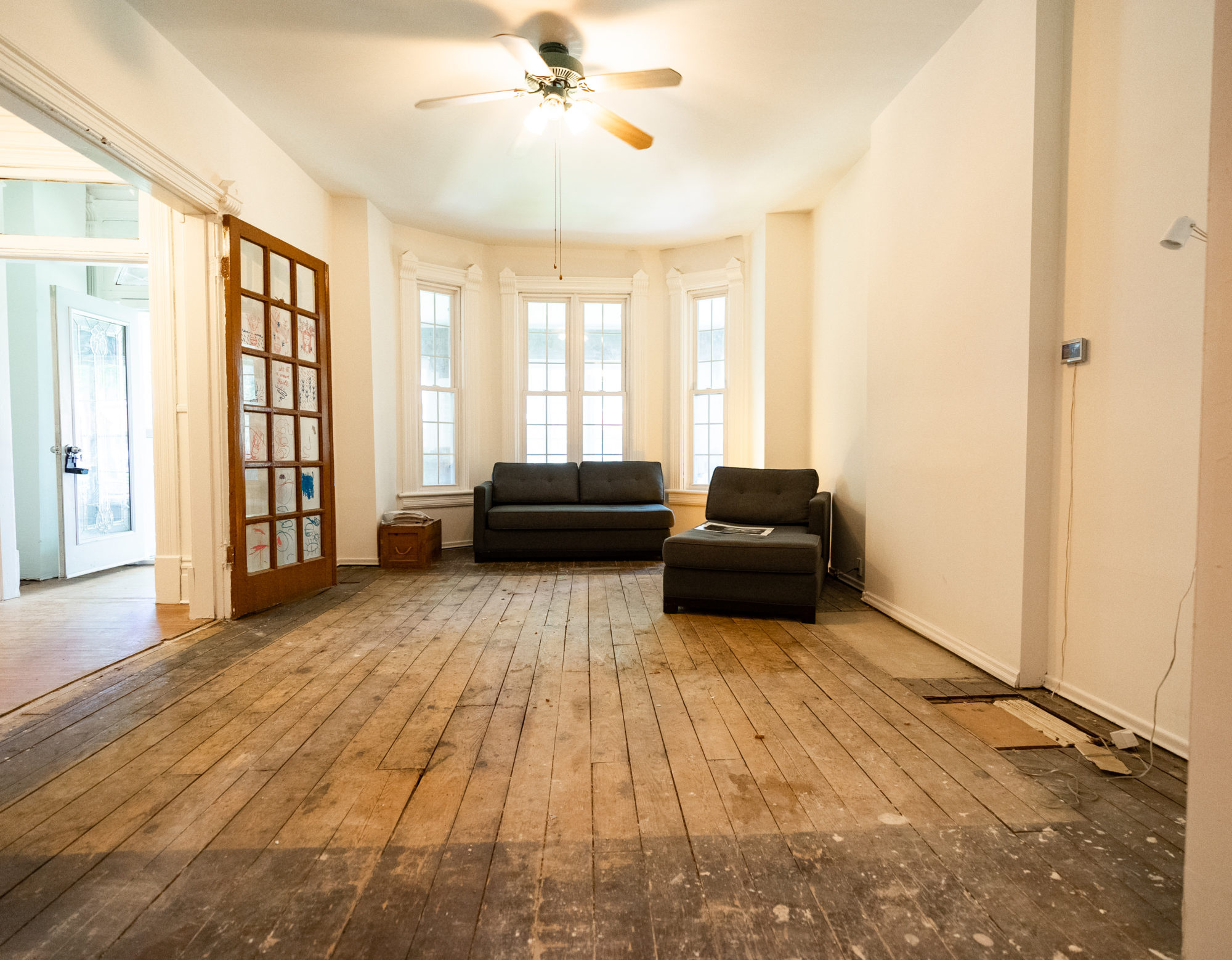 After: They managed to preserve the original window mouldings. The wood-burning fireplace was replaced with a gas insert and a black marble mantel. 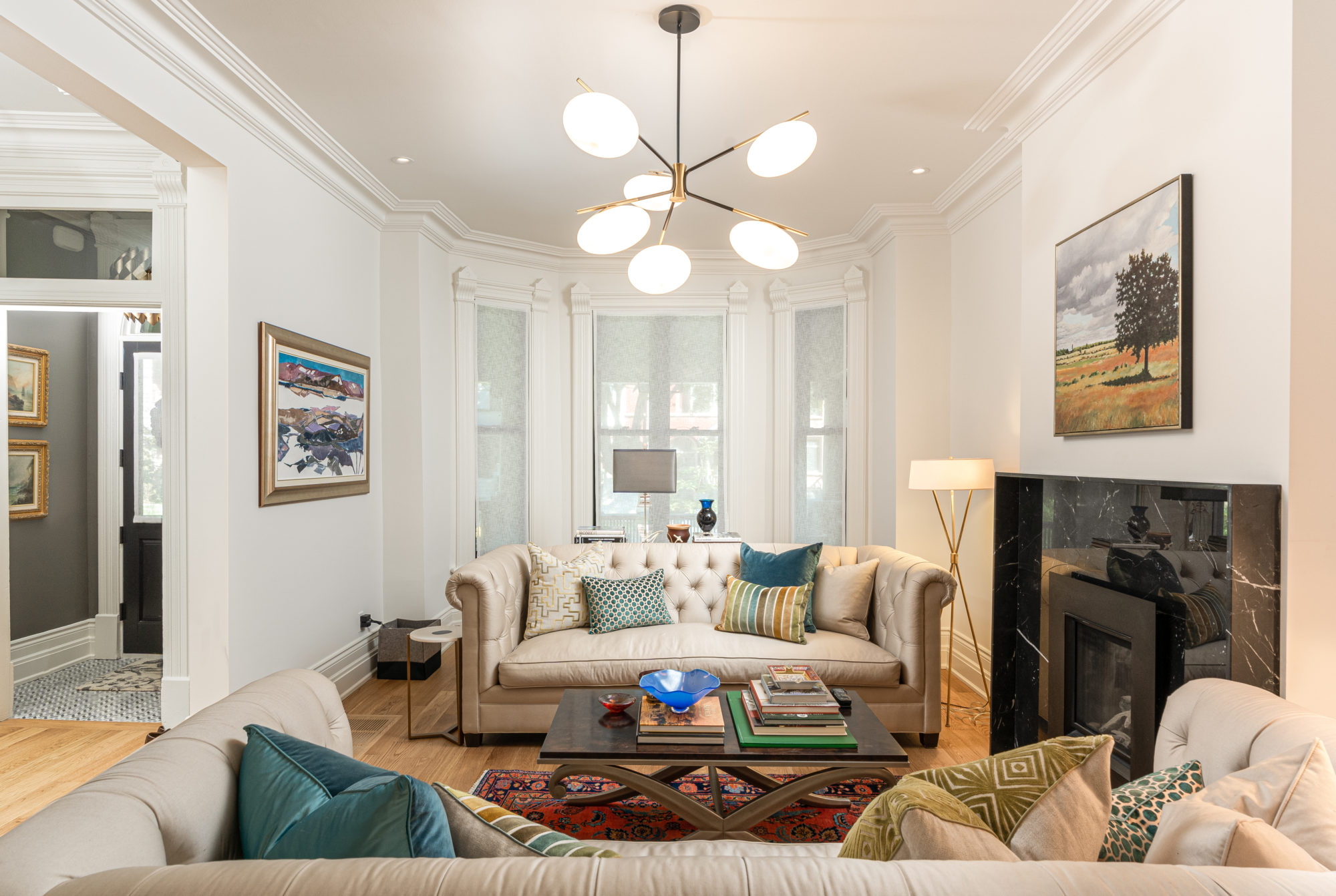 Before: When Paul and Robert bought the place, the main-floor kitchen didn’t have cupboard doors or a ceiling. 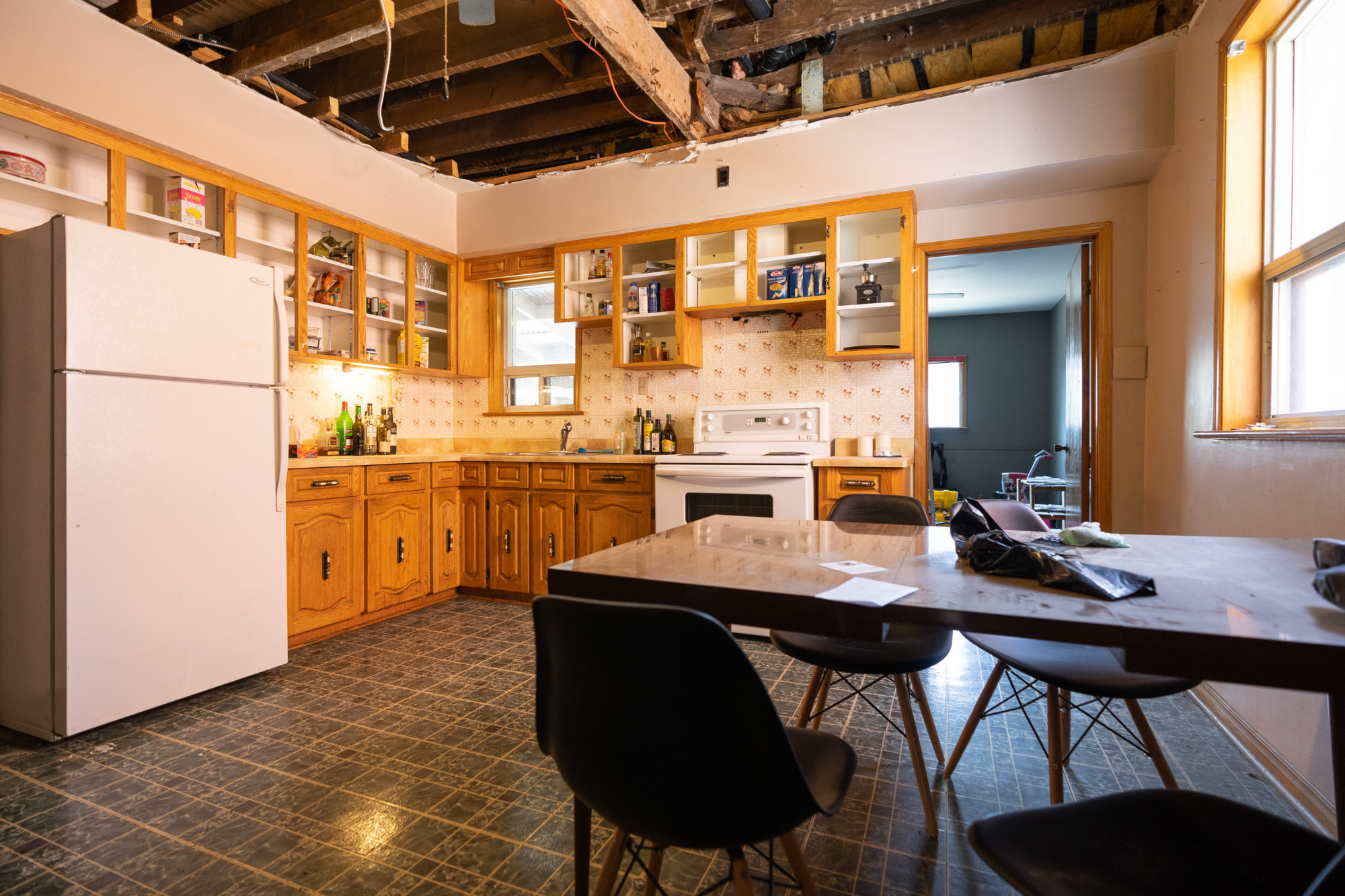 After: They updated the space with new cabinetry from AyA Kitchens, along with windows from Loewen. 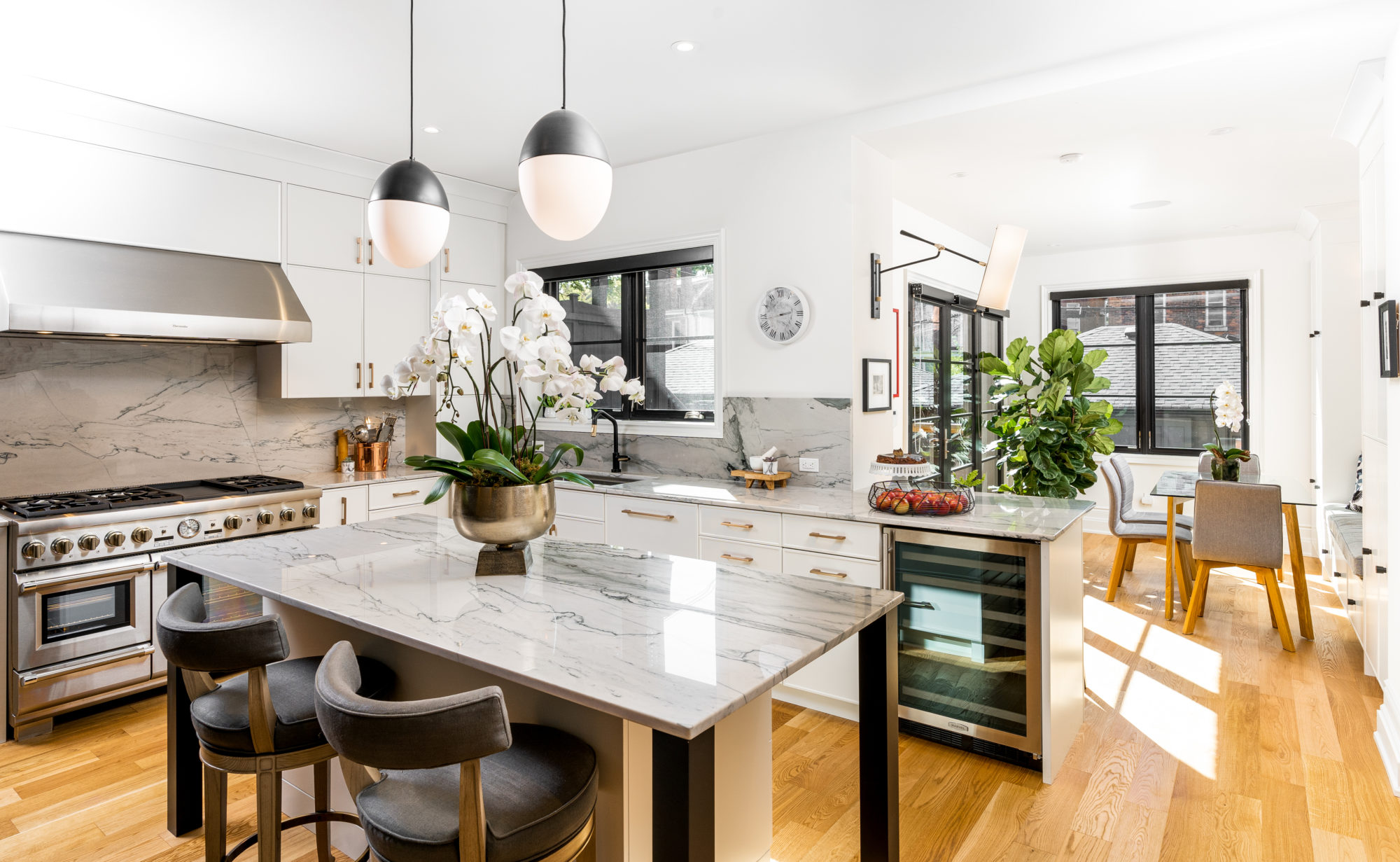 Before: The doorway into the master bedroom was off-centre and the interior needed a splash of personality. 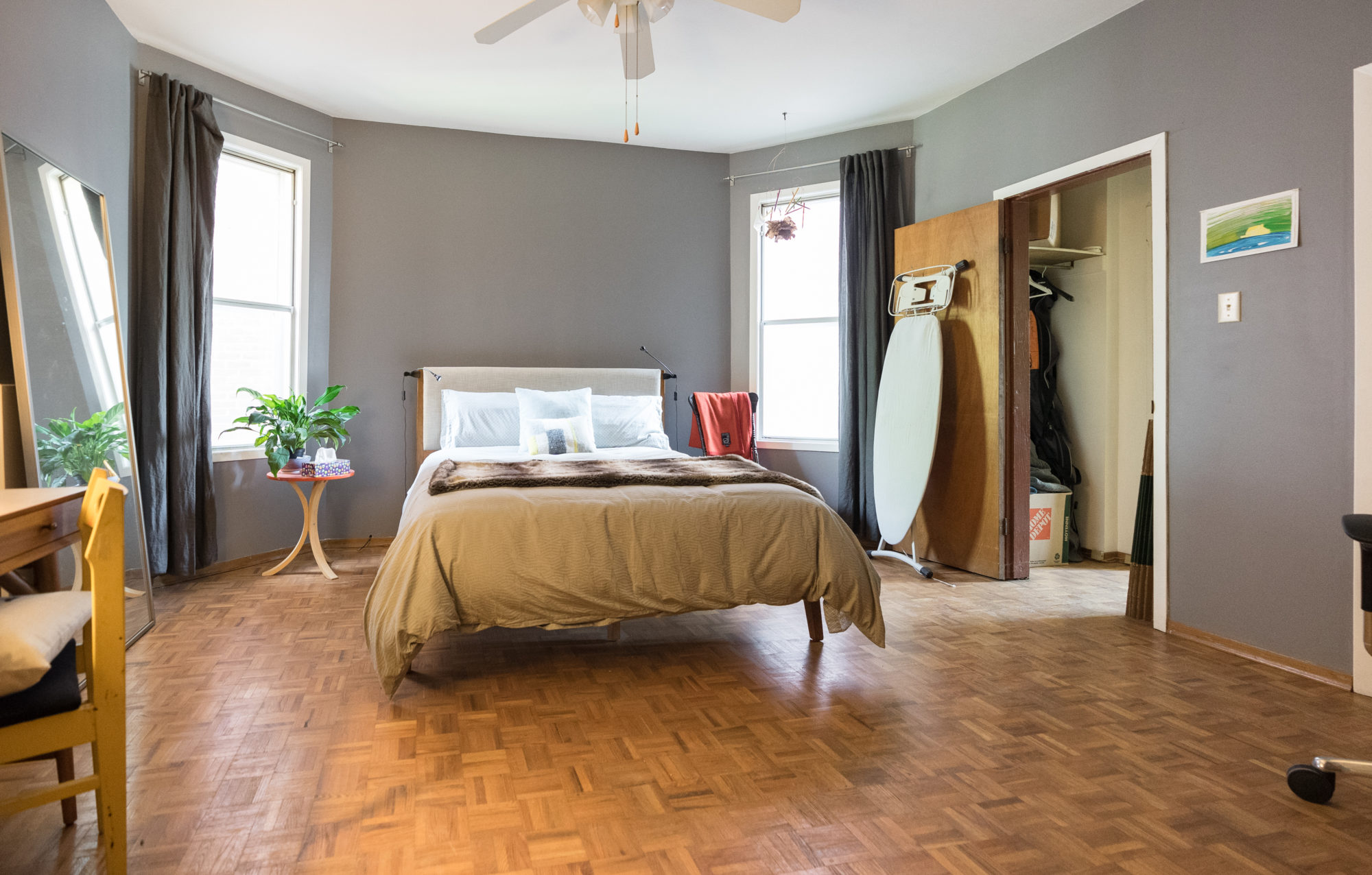 After: They centred and expanded the entrance with double-entry doors and added crown moulding throughout. Since they’re both early risers, they also added a thin layer of sound reduction installation in the walls and ceiling. 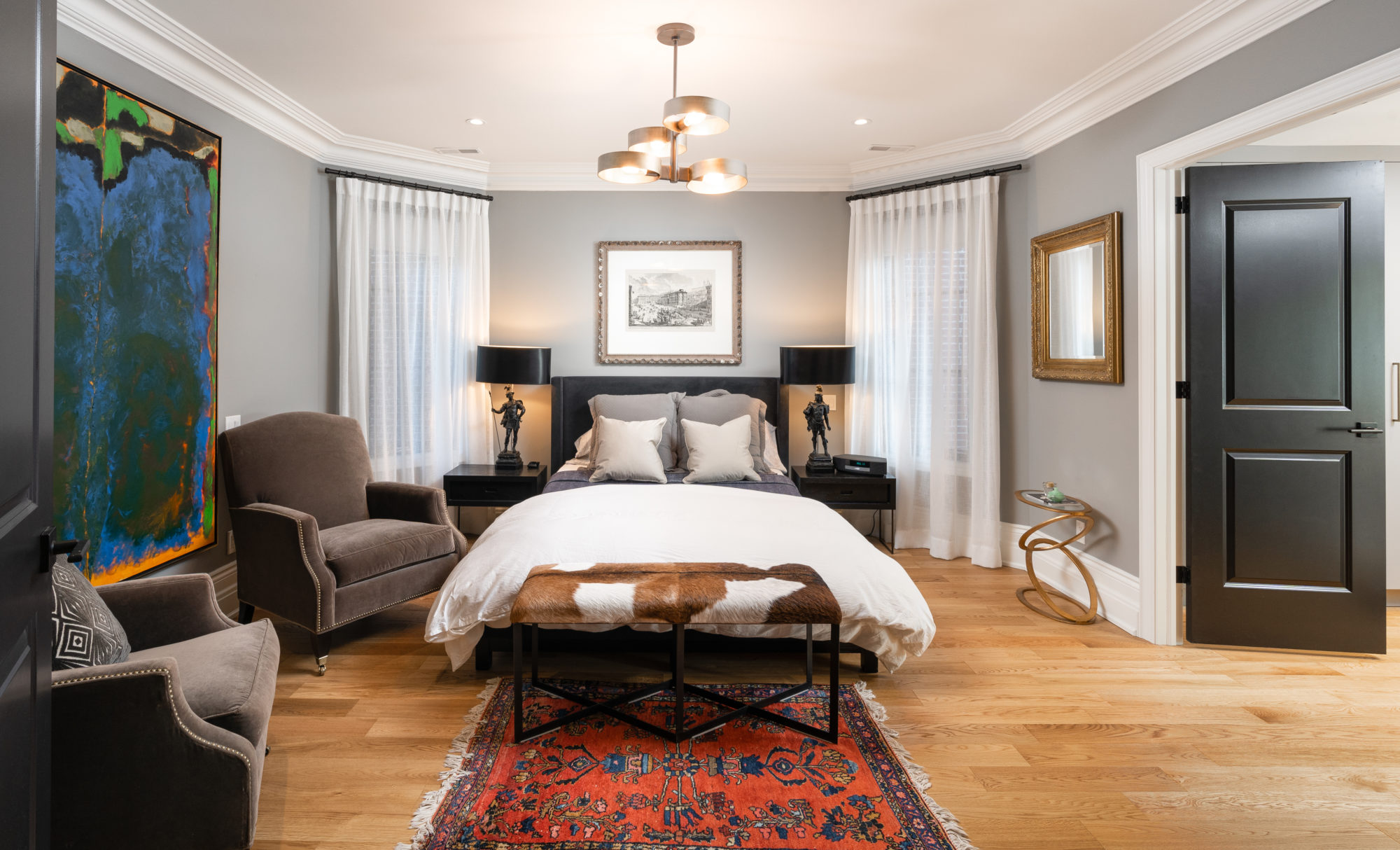 Before: Robert and Paul thought the master bathroom was “ugly,” among other problems. It was too small, the window was tiny and they knew everything had to be replaced. 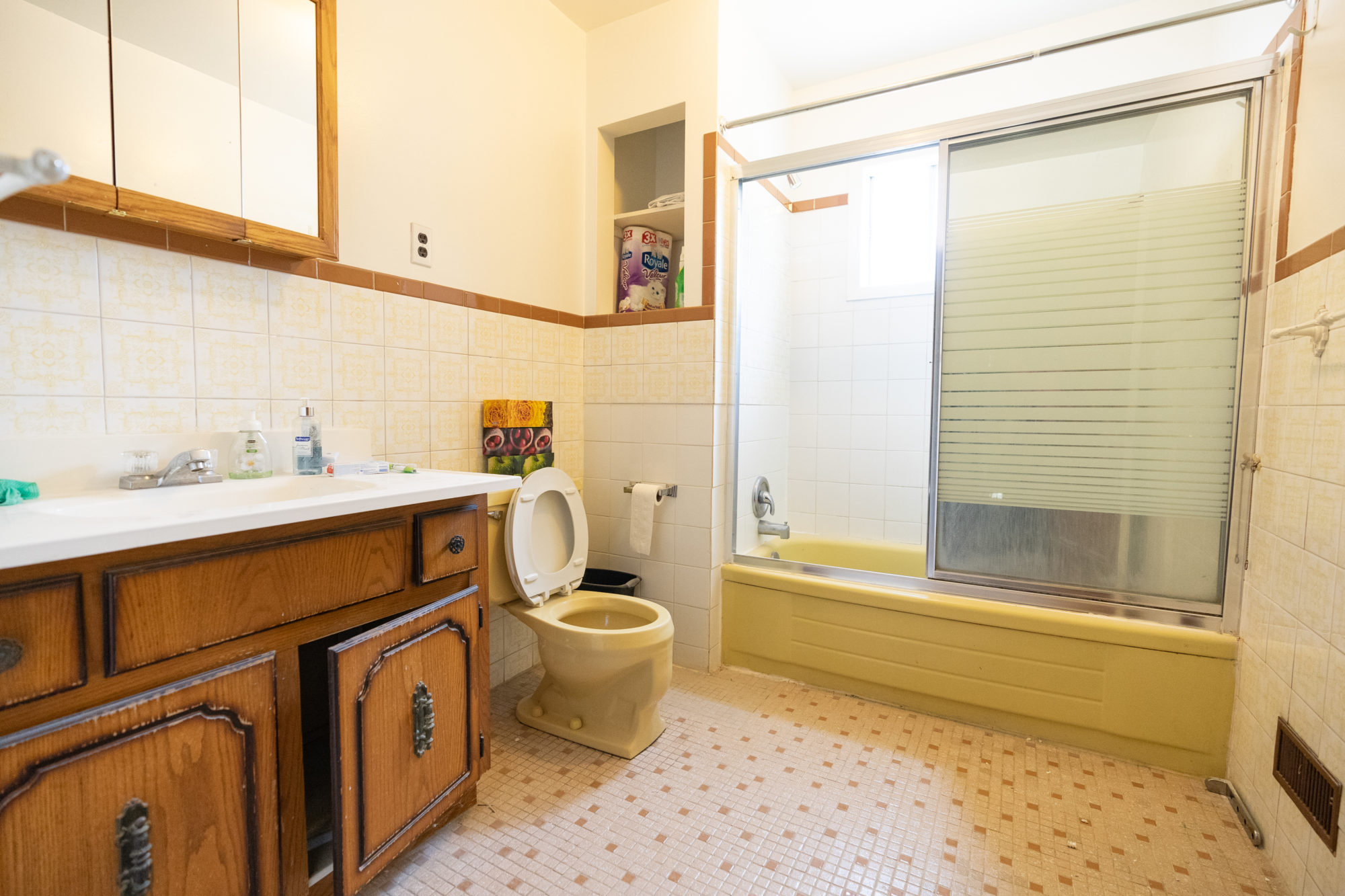 After: All five bathrooms were overhauled. The enlarged master ensuite now includes a glass shower, a TV over the vanity sink and a bigger window. 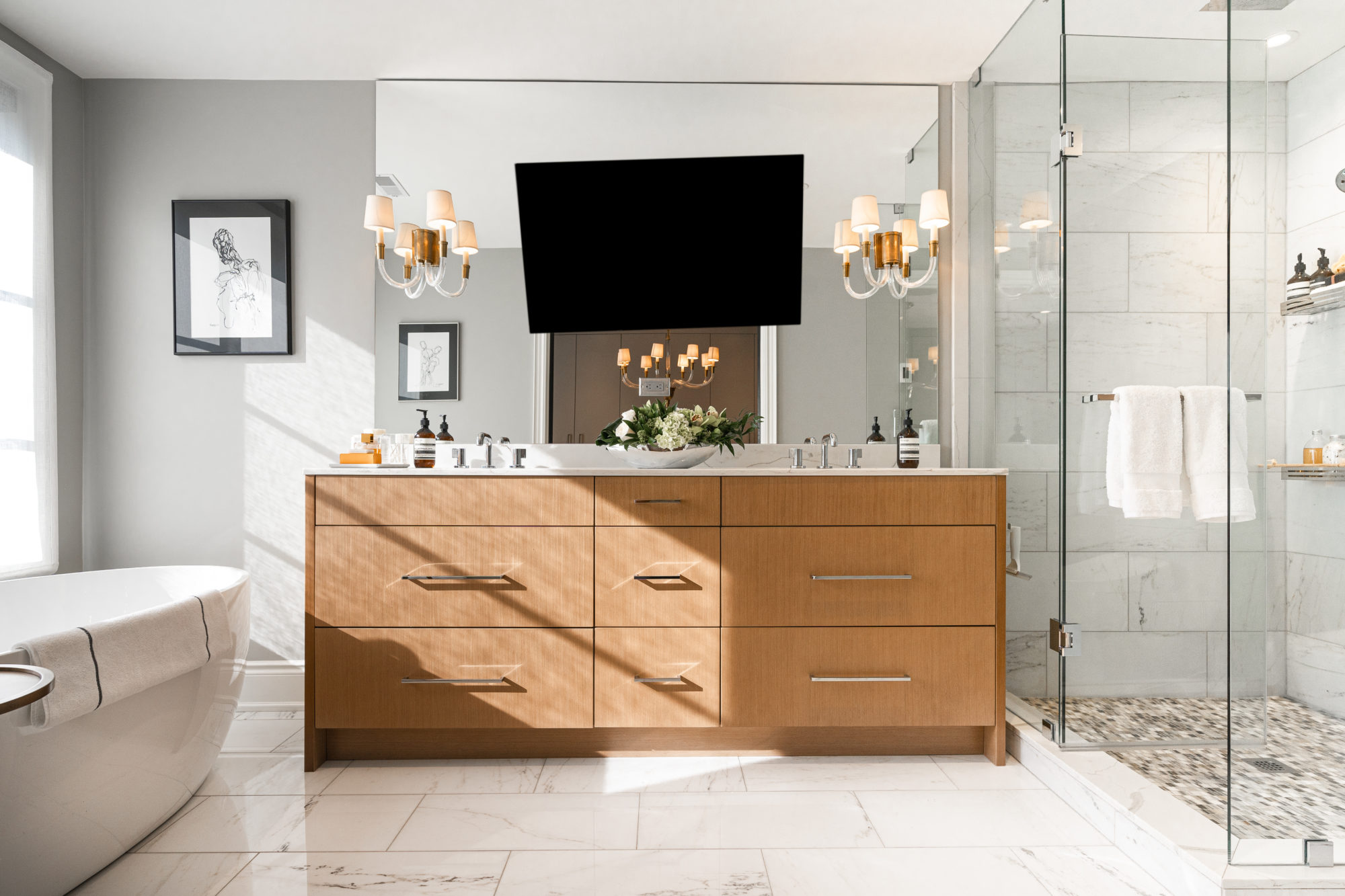 Before: Robert and Paul discovered structural issues in the back of the attic after removing the drywall. 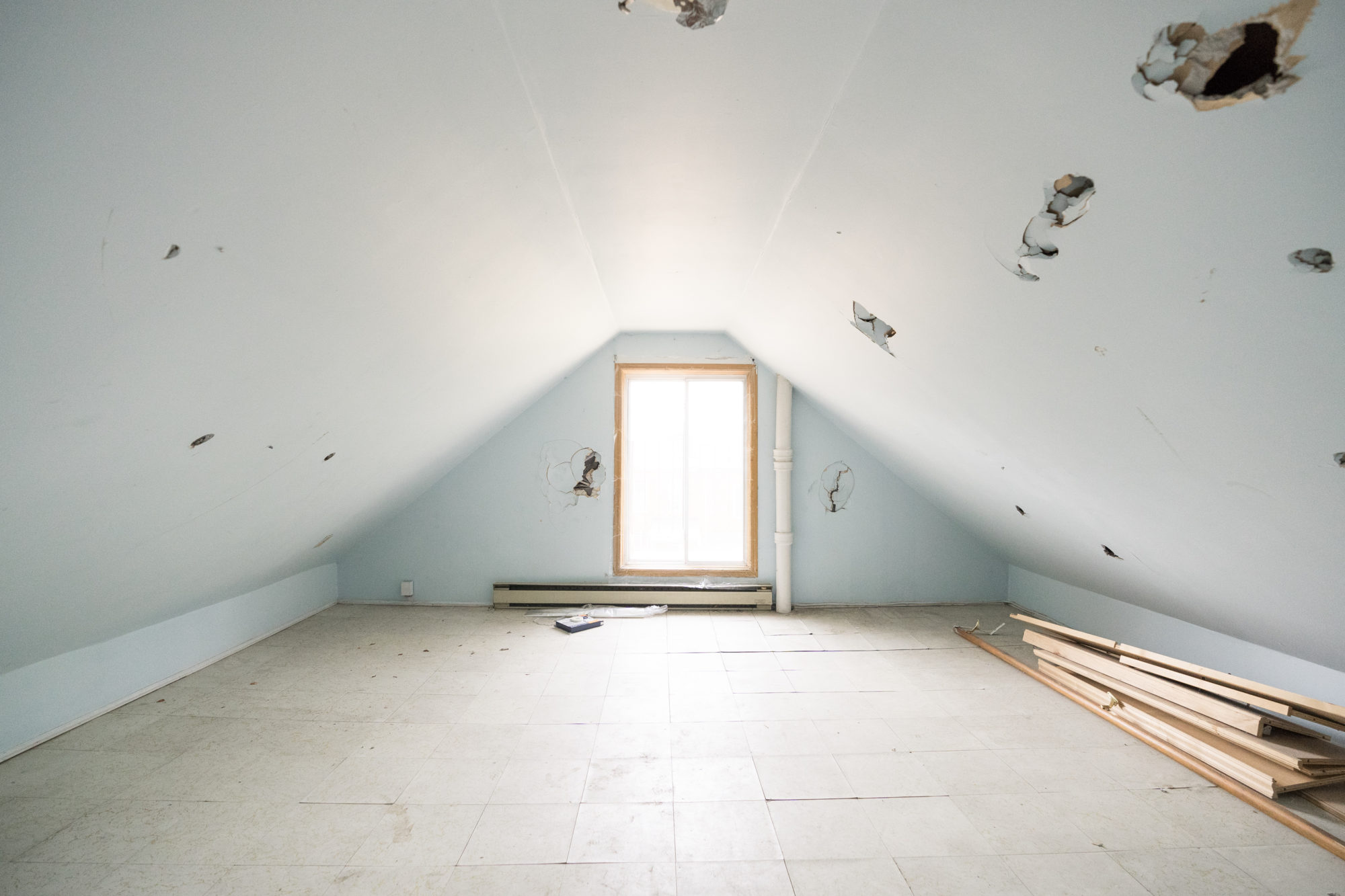 After: They reinforced the attic’s structural supports, then removed a dingy fire escape and installed two skylights. 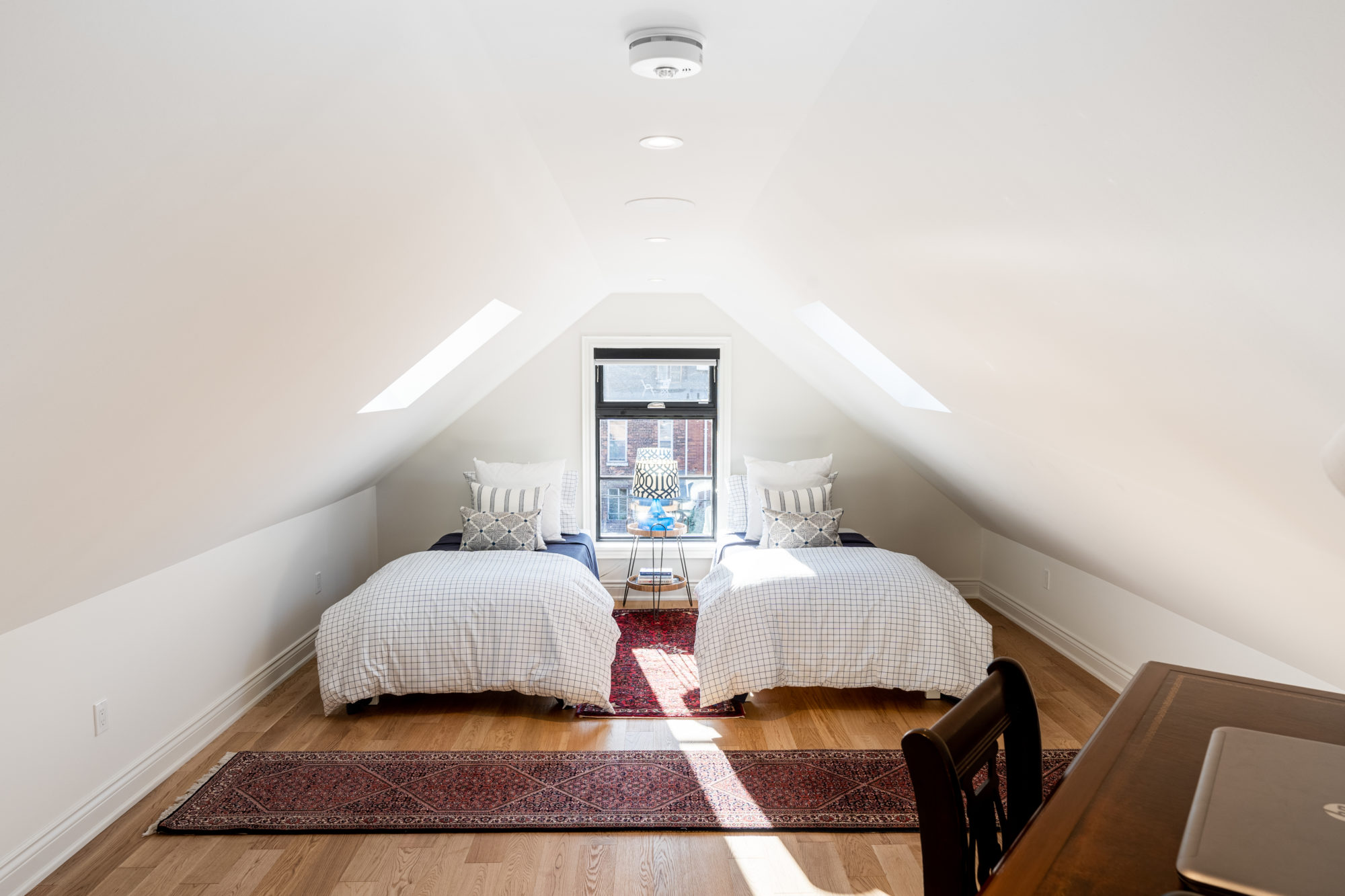 Before: Robert and Paul could smell mould the moment they stepped into the basement. 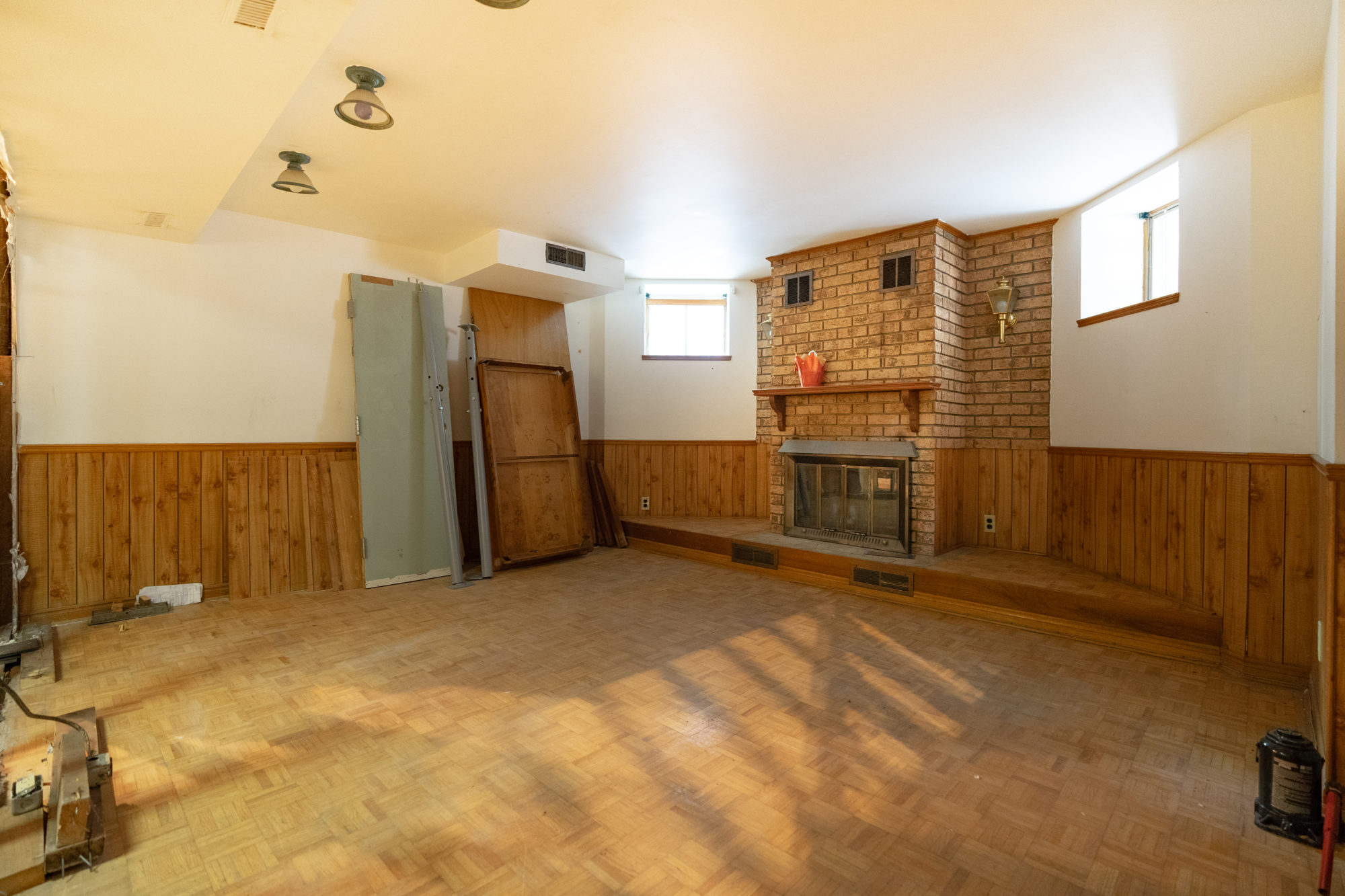 After: They tore out the flooring and the 1970s-era wood panelling and completely waterproofed the lower level, which they now use as a spot to hang out. 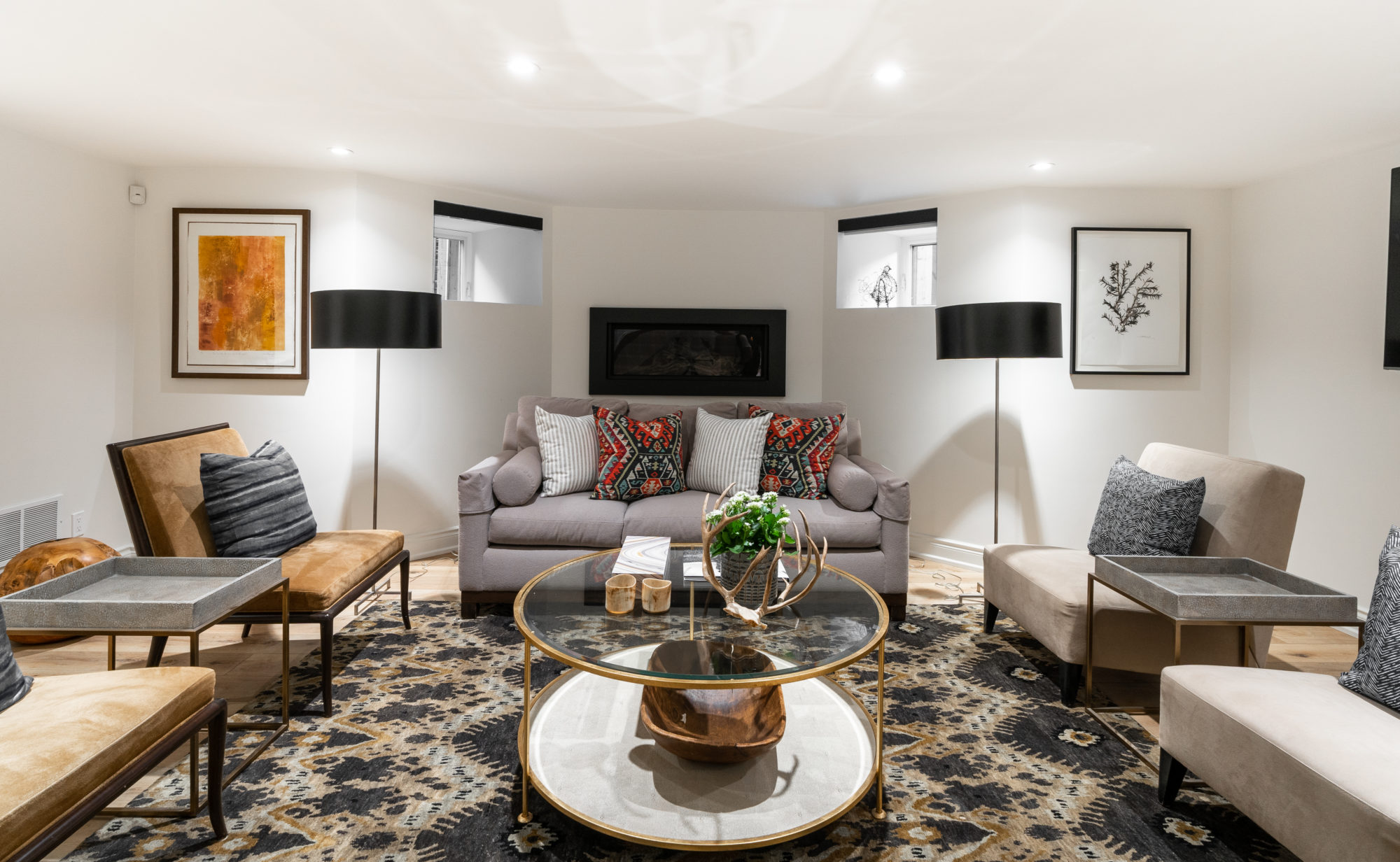 Before: Since their Cabbagetown home didn’t have a yard, Paul and Robert wanted to use this outdoor space for barbecues and parties. 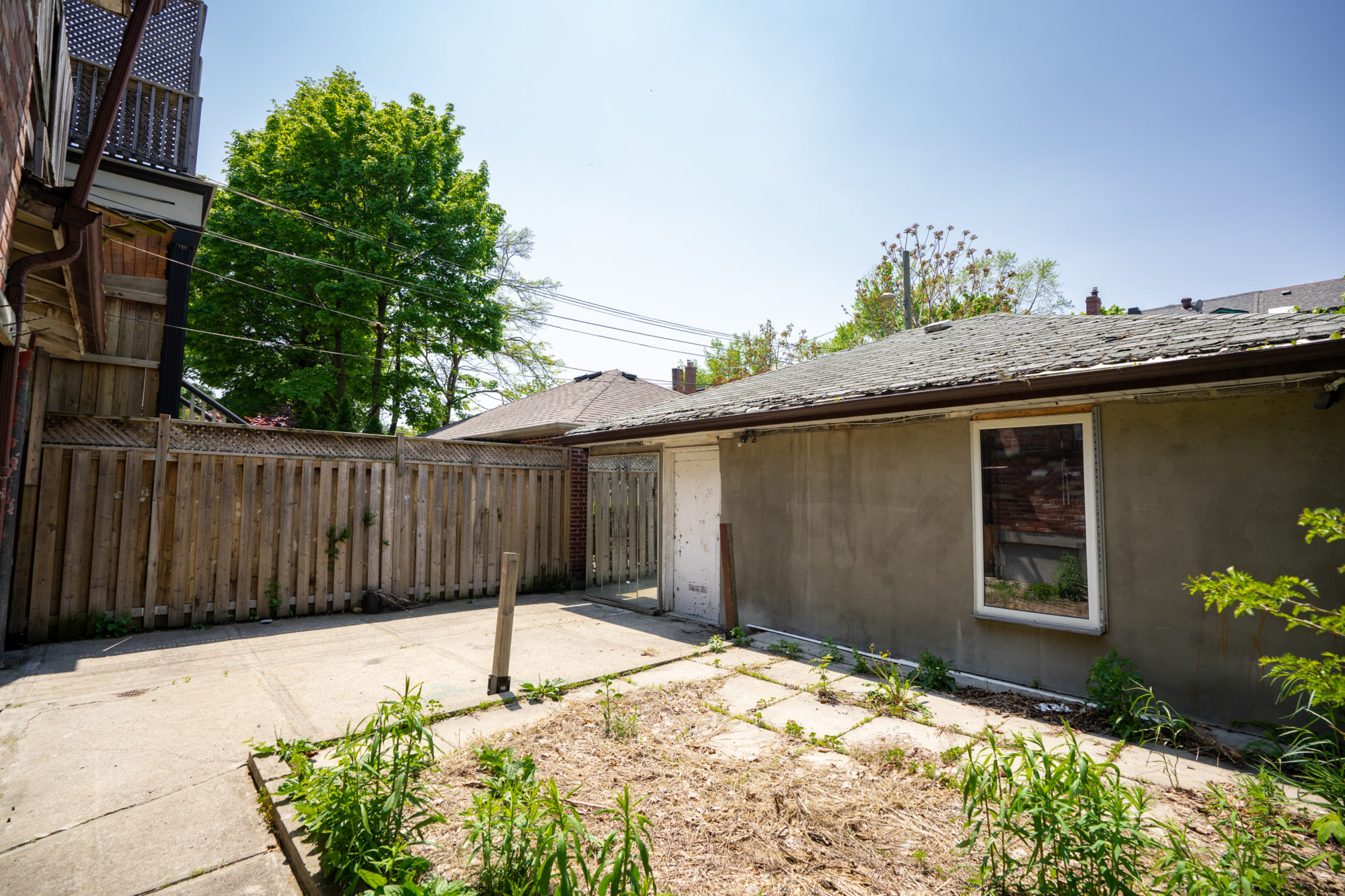 After: They removed the reinforced concrete to add a touch of plant life, then installed an outdoor fireplace and stone patio. 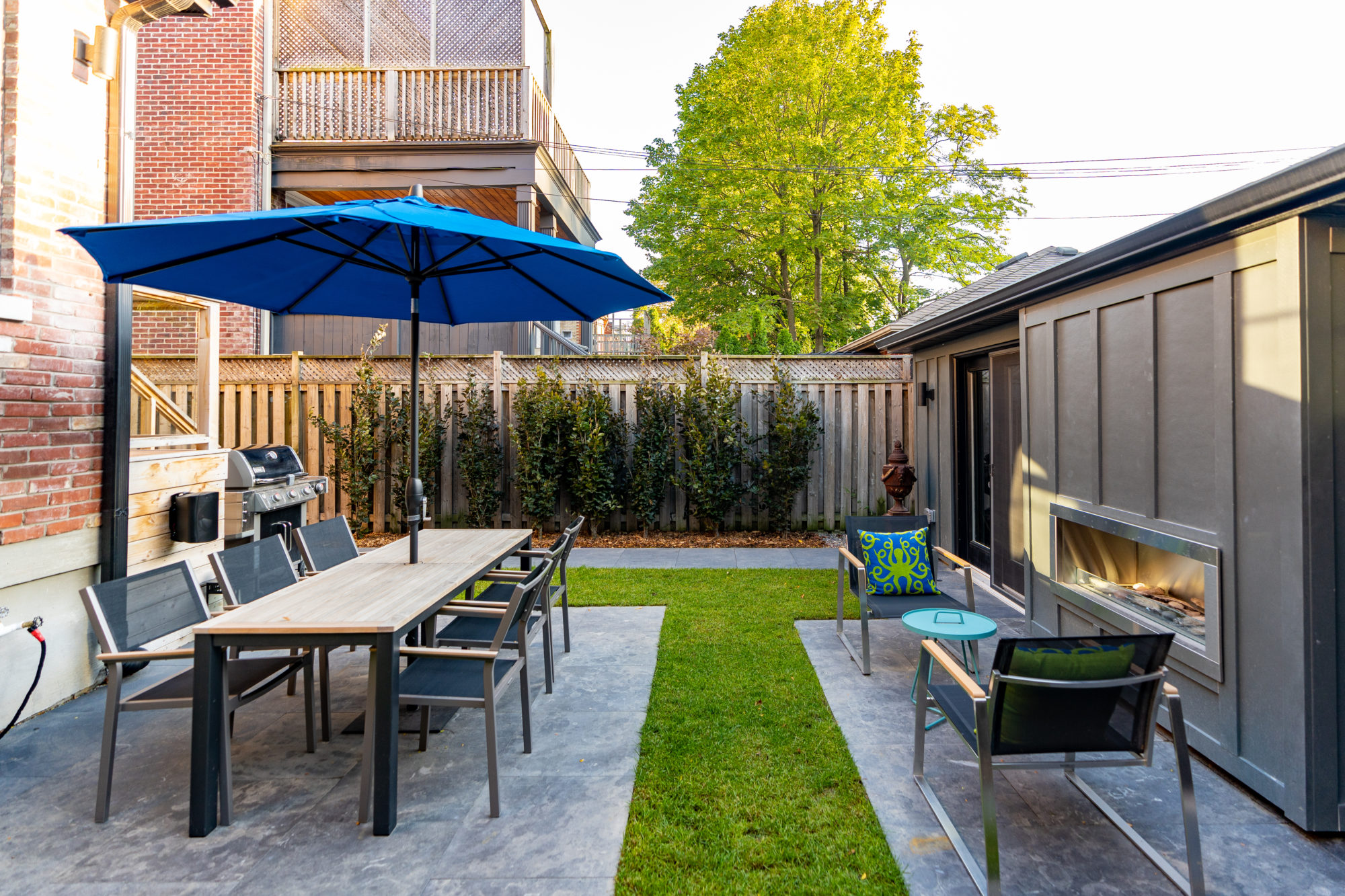 Do you have an interesting reno story? We’d love to hear about it.