I bought a house without an in-person viewing. When I signed the contract, I noticed something interesting

I bought a house without an in-person viewing. When I signed the contract, I noticed something interesting

I grew up in Newmarket during the 1990s. We lived in Stonehaven, a neighbourhood with lots of young families, which meant there were always kids running around. It was a typical suburban upbringing. We hung out in parks with our dogs and, when we played road hockey on the street after school, cars would actually slow down. After high school, I took film studies at Queen’s University. That’s where I met my girlfriend, Hilary, who was in the nursing program.

In 2018, Hilary and I moved into a 700-square-foot condo at Lakeshore and Fort York. We liked the location. There were plenty of parks nearby, which made us feel close to nature, but we could also walk downtown in five minutes. Plus, it was pretty close to both of our workplaces. But after living there for a year, we decided we wanted more rooms and square footage. We’ll probably have a family in the future, so we needed to find something that we could grow into.

We knew one thing for sure: we wanted to move to Newmarket. I’ve still got a bunch of family in the area and Hilary likes it there, too. It’s got a small-town feel, with friendly neighbours and quiet streets. And nice-sized lots are affordable. It’s about an hour-long drive from Newmarket to Toronto, just close enough if we want to drive in for concerts and sporting events. We realized that moving would complicate our work commute, but my schedule is fairly flexible and Hilary doesn’t mind driving that much. 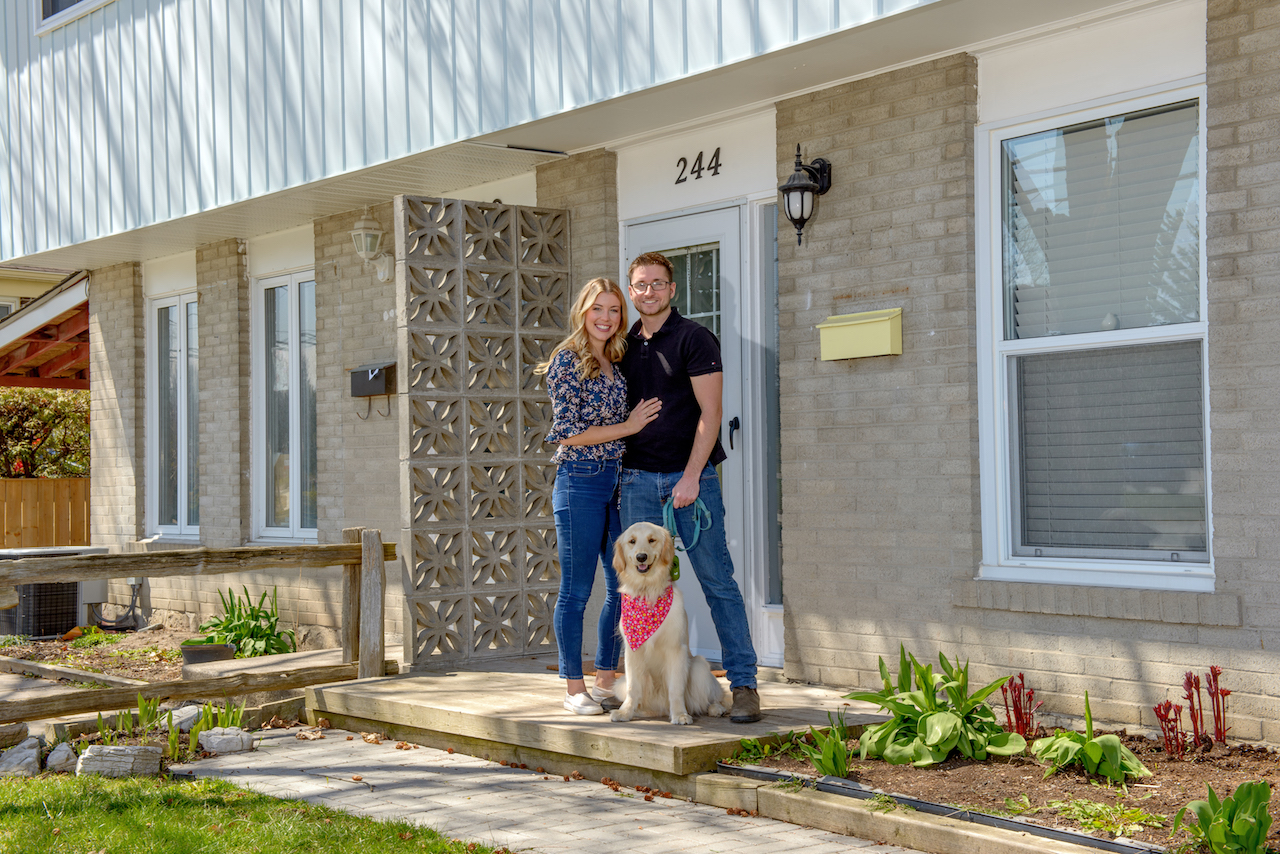 In late 2019, we officially started house-hunting. We set a budget around $550,000, with a maximum of $600,000, and started looking. We weren’t too picky about the number of bedrooms or bathrooms, since anything would be an upgrade from our tiny condo. Our ideal place: a detached home, with a big kitchen because we love to cook, and a spacious backyard where we could barbecue and get to know our neighbours.

We found a three-bedroom, three-bathroom semi in Newmarket with a beautiful kitchen and a long, rectangular yard. It was in our price range, too. We were pretty skittish, since it was our first time bidding on a home, but we submitted an offer. The sale became a bidding war and we backed off quickly. We were only willing to spend $560,000 and it ended up going for roughly $570,000. After that, nothing worked out. There were only a few places within our price range and everything seemed to get scooped off the market immediately. After a few months, by February 2020, we thought, Okay, this is just not going to happen right now. We have to wait until there’s a bit of a lull.

On March 11, we took a week-long vacation to Cabo with my family. Everything felt relatively normal when we took off. But the day after we arrived, the bad news started coming in. I remember being out for dinner on our first night there, just enjoying the beautiful weather, when we happened to glance at our phones and see an alert about the NBA shutting down. I’m not a huge basketball fan, but being a sports guy otherwise, I thought, Woah, this is real. In the days that followed, I received panicked messages from family, friends, and co-workers. A couple days before we were set to leave, I remember Prime Minister Trudeau looking very seriously at the camera during one of his public announcements and saying, “It’s time to come home.” There were plenty of other Canadians vacationing in Cabo. We all wondered how things would be when we got back. Fortunately, given that we were Canadian citizens, we were allowed to return under the government’s travel ban.

When we arrived back in Toronto, on March 18, we immediately went into a 14-day quarantine, per the federal government’s mandate. We figured that our house-buying dreams would be put on hold, at least for the moment, since everything was so chaotic and we figured we wouldn’t be able to see anything in person anyway. But a couple days later, on March 22, we got a notice from our realtor about a three-bed, three-bath detached that recently hit the market for $579,000 in Newmarket. We could tell from the listing that the layout was just like the first home we bid on, with a big kitchen and a long backyard. It had these amazing half-century old trees, which shielded the house from the street and offered a sense of privacy. It also had some sentimental value, since it was located on the same street as Hollingsworth Arena, where I played hockey as a kid, and right near South Lake Hospital, where I was born.

Hilary and I knew it was a great price, and we thought hard about it. Within a few hours, our realtor got back to us and said someone else had bought the house. We figured we’d be stuck living in the condo for a while. Then, on March 28, our realtor got back to us and said the place was back on the market because the first deal fell through. He asked if we were interested. Since we were still in quarantine, we thought, Let’s just put an offer in, conditional on home inspection. At this point, we’d only looked at the pictures online.

Some people might be anxious about buying a home without seeing it in person. We were comfortable, though, because we’d seen nearly identical homes in the same neighbourhood. Having been through the process of bidding on those other homes, we knew what to expect in terms of things that might go wrong. For instance, the houses in that neighbourhood are a bit older, so they’re likely to have aluminum wiring, which is generally a no-no for insurance companies. But I have an electrician and an insurance broker in the family, so I figured we’d be fine. And we didn’t think we had the luxury of time to ask for a showing—even a virtual showing. We just jumped on it. That said, if we weren’t in the middle of a pandemic, we probably wouldn’t have been so aggressive.

When I signed the offer, I noticed something interesting. The seller’s name looked familiar. I asked the realtor if he could find out whether the seller used to teach at Stonehaven Elementary, where I went to school. 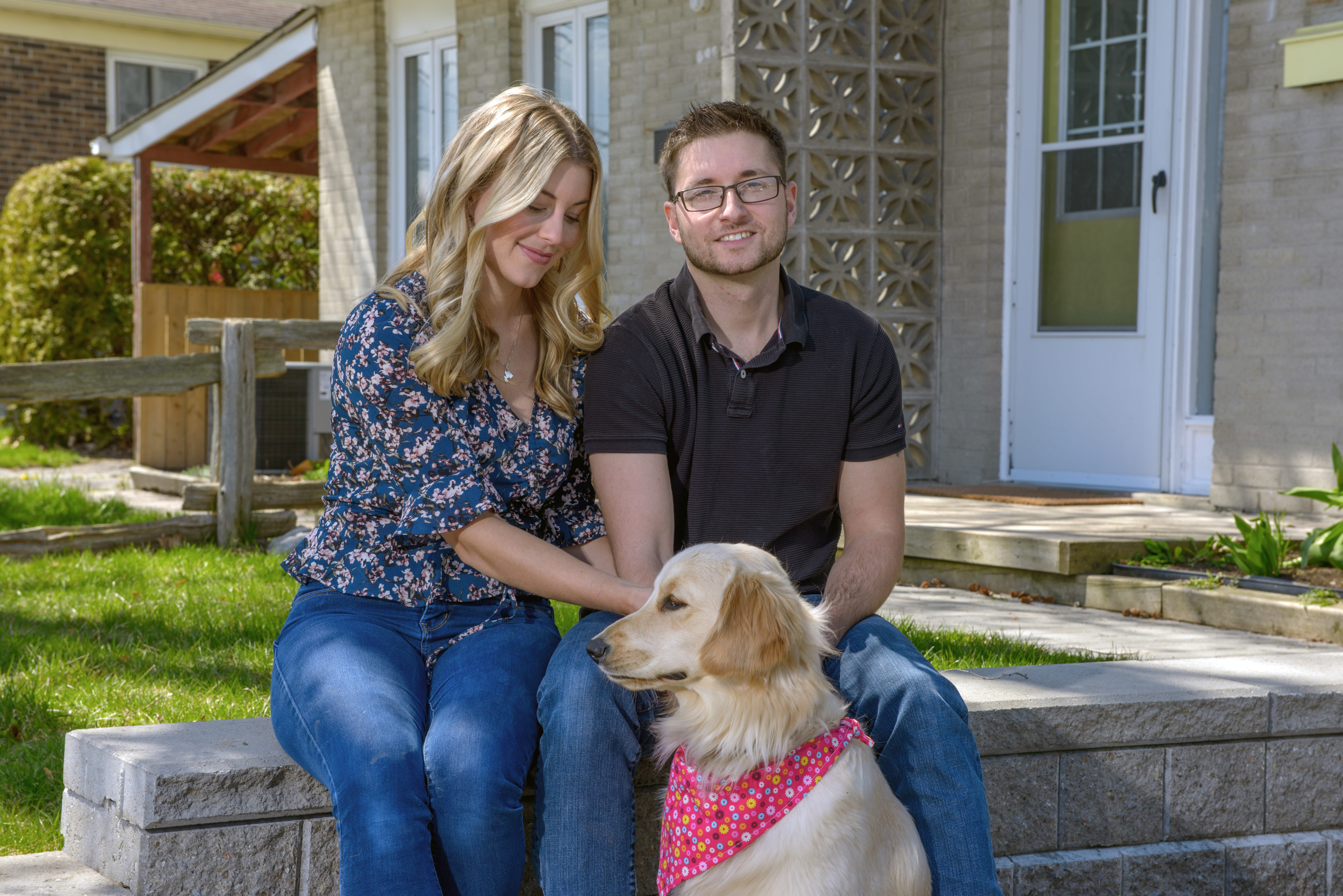 Back in elementary school, I loved telling stories. There are a lot of teachers who don’t have the energy to deal with a kid who constantly wants to be performing for everyone else. Except for my homeroom teacher, who always encouraged me to express myself artistically. She was creative, too. In her class, we put on a 1970s adaptation of Macbeth, which included big hair, flared jeans and weird Star Wars references. It’s one of my favourite memories. That teacher encouraged me to use my imagination, and she’s a big reason why I went on to become a video game developer, a job that involves a lot of creativity. I liked her so much that, when I left her class, I gave her a set of wood and metal wind chimes.

Our realtor contacted the listing agent. It turned out that the seller had in fact been my old homeroom teacher. According to the realtor, she remembered me and said that I was one of her favourite students. When I finally saw her at the home inspection at the house, on April 2nd, we were giving each other air hugs because of the social distancing rules. She and her partner introduced us to their neighbours and showed us around their garden. It was such a warm feeling. Sure enough, dangling from a tree in the backyard, were a set of wood and metal wind chimes.

The home inspection was clean and the closing date is May 14. Hilary and I plan to move in at the end of May. Going back to Newmarket makes it feel like my life is coming full circle. I’m not sure if my old teacher will take those wind chimes with her when she moves out. But if she leaves them behind, I’ll be sure to buy her a new set.

– As told to Liza Agrba