How a creative director sold his Leslieville penthouse during Covid-19

How a creative director sold his Leslieville penthouse during Covid-19

Who: Andrew Bradley, 42, executive director at ABSG Partners, a creative consultancy
The sell: a two-bedroom, two–bathroom penthouse in Leslieville 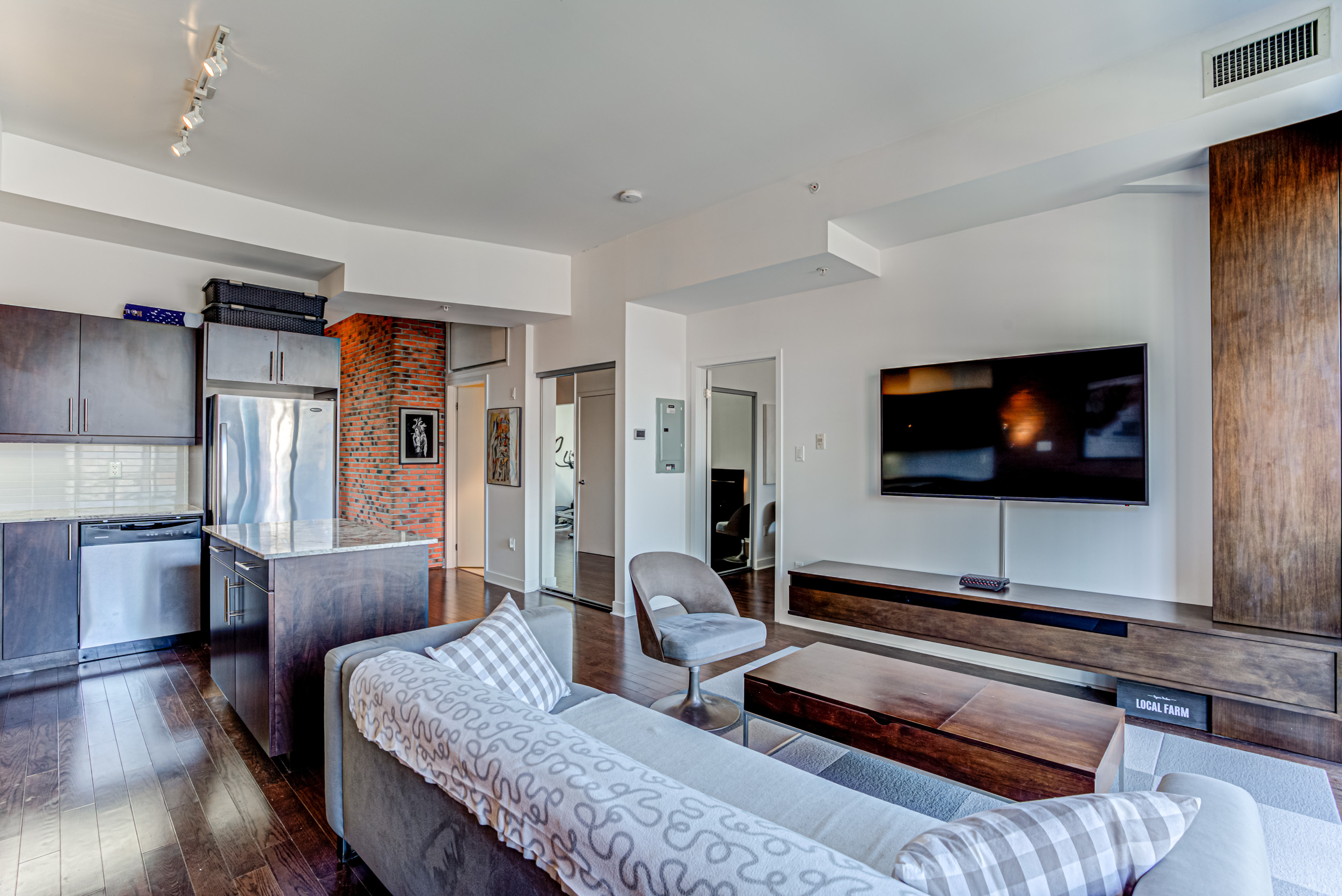 Andrew: I grew up in Cambridge and moved to Toronto in 1997 to study graphic design and advertising at George Brown. My older brother, Simon, also came to the city to find work, so we split a one-bedroom, one–bathroom apartment near the Art Gallery of Ontario. We spotted roaches and mice in the kitchen, but rent was only $850 so we made it work. Nowadays, it’s challenging to get a one-bedroom in Queen West for twice as much.

After I graduated in 2000, my brother and I decided we needed our own space, but we wanted to stay close to one another. So, we each rented bachelor apartments for $950 a month in the same building on St. Patrick Street in Queen West. For the next few years, I built up my advertising career working at an agency. Eventually, I saved up enough to buy my own place, and went looking for a penthouse with a balcony and an extra bedroom that could double as a workspace.

In 2007, my brother had purchased a condo in the Printing Factory Lofts in Leslieville. He always talked about how much he loved the area and suggested I check it out. While visiting, I stumbled upon the Abode Lofts development, which at the time was just a dirt lot behind a chain-link fence. But they were building a unit that checked off everything on my list: it was a two-bedroom with plenty of outdoor space. In 2010, I bought it pre-construction for $316,000, then moved in the following year. 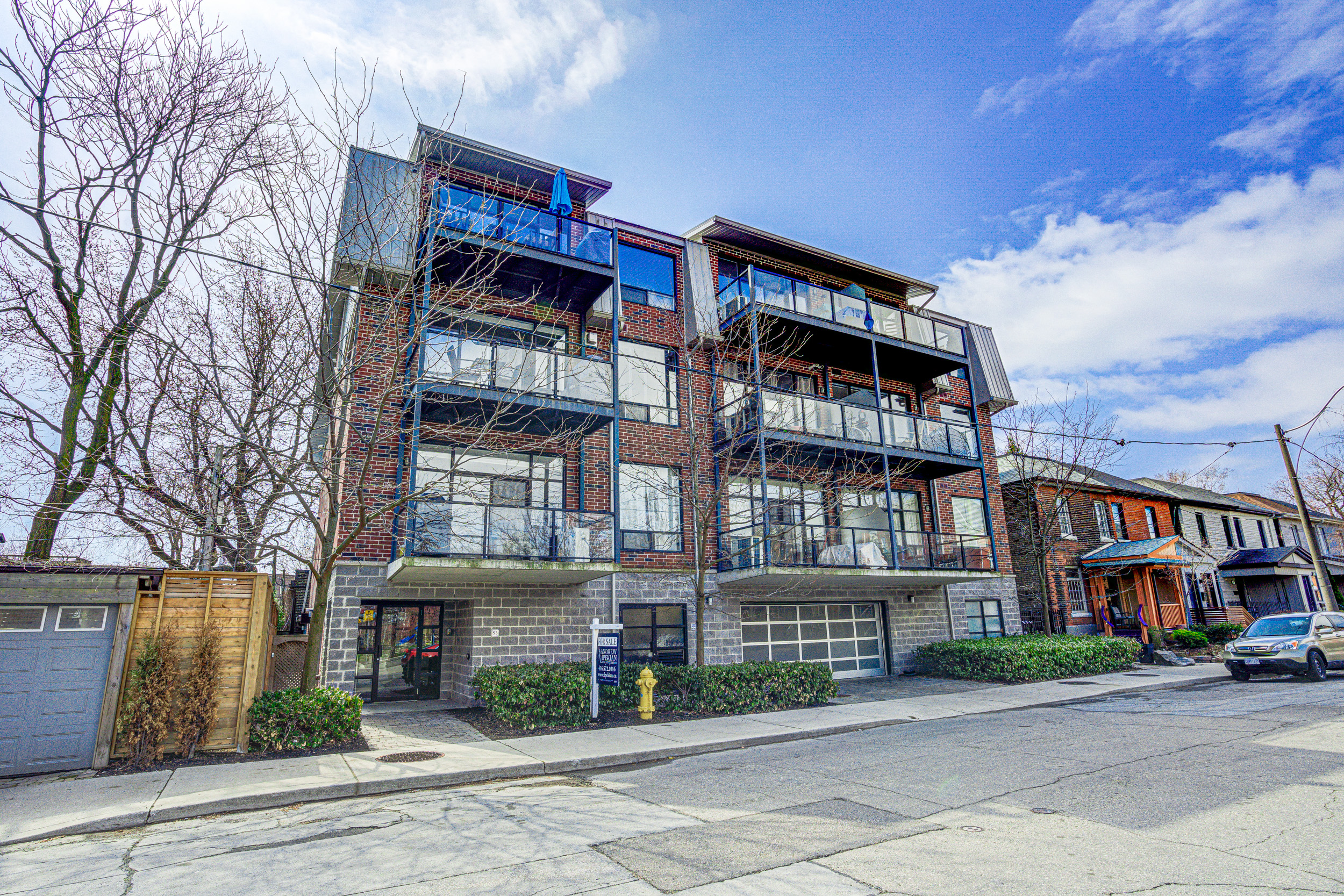 Leslieville is a quiet, tight-knit community where everyone seems to know each other. I liked living there, but I was tired of paying a $1,700 mortgage, plus a $648 condo fee every month. In 2019, I decided it was time to move somewhere else. I was also going through a transition in my professional life. My business partner and I started a consultancy that helps companies build in-house creative and strategic departments. Starting my own business allowed me some flexibility—I didn’t need to live in Toronto anymore.

My parents live in Niagara-on-the-Lake and they suggested I buy real estate in that area. Their argument was simple: I could own a chunk of property in the Niagara Region for far less than I ever could in the city. So, in 2019, I went house hunting in the area whenever I had the chance. In early 2020, I found a pre-construction development by Marken Homes at the northern edge of St. Catharines. For just $558,000, I had the option to upgrade from my 835-square-foot Leslieville condo to a 2,700-square-foot St. Catharines bungalow with room for an office and art studio.

The new house would be built and move-in ready in October, so I laid out a plan: I’d enjoy one last summer in the city, then I’d sell my condo in September and use the profits to pay off the mortgage on the bungalow. But then, in mid-March, the pandemic hit, putting the whole plan in limbo. Before the pandemic, I was confident the condo would sell for at least $778,000. Now I wasn’t so sure. I had a big decision to make: do I buy the St. Catharines bungalow and try to sell my condo now, or wait out the pandemic? 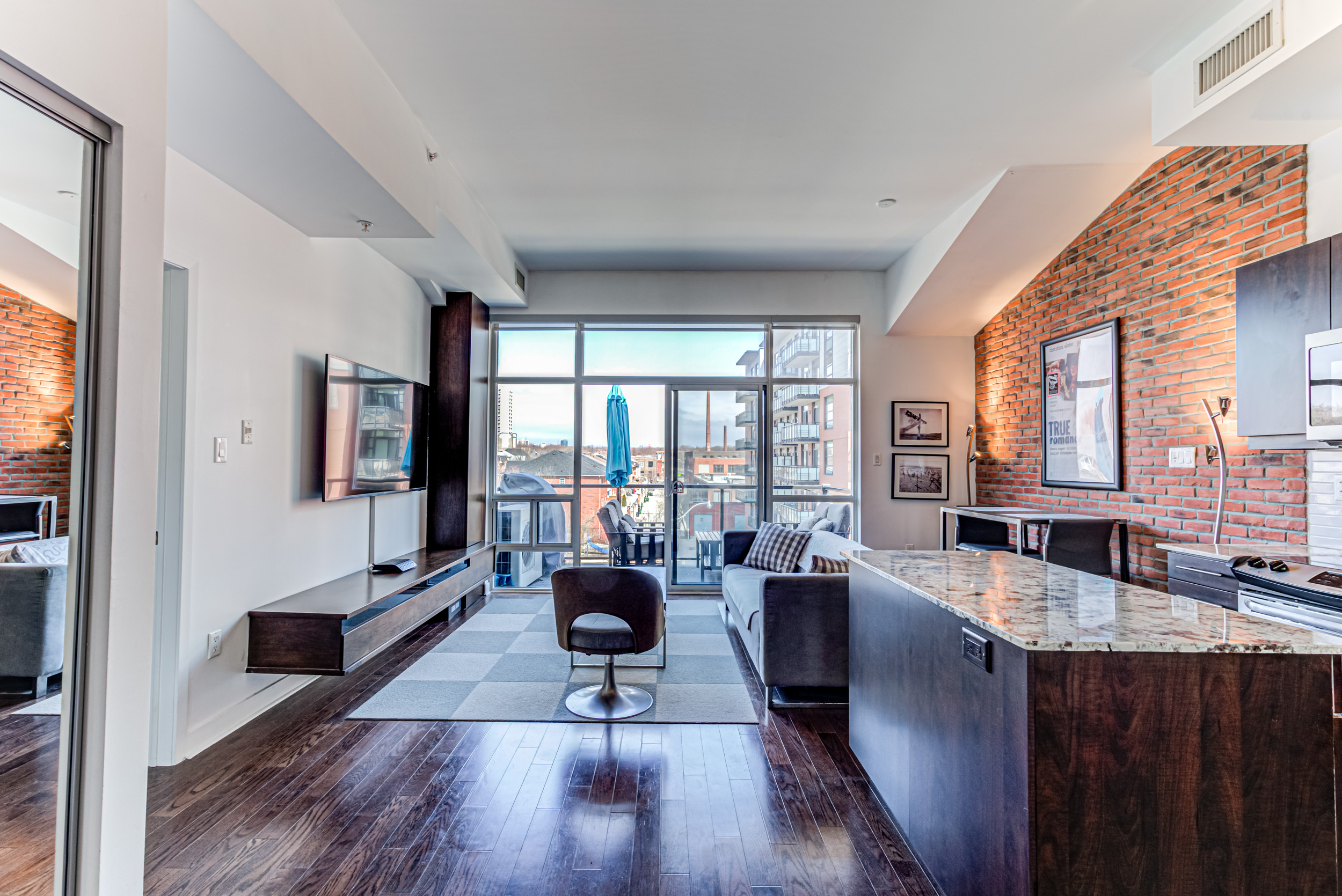 Waiting out the pandemic involved too many variables that were beyond my control. How long would the virus last? How would the real estate market be impacted in the coming months? If I kept waiting, would I get lowballed by shameless opportunists? If things got really bad, would there be any buyers left at all?

My original plan felt more realistic. So, in April, I went ahead and snapped up the St. Catharines property for $558,000. Then I just had to figure out how best to sell my condo. Listing in the pandemic landscape posed some obvious challenges: non-essential visitors weren’t allowed in my building anymore, so an open house was out of the question. I wasn’t keen on having strangers traipsing through my space for individual tours either.

That’s when my agent, Andrew Ipekian, came up with a solution. He would film a detailed walkthrough of the condo with his iPhone and post it online. He’d already done this with five other listings since the pandemic started and believed it was far more effective than the virtual tours and photo galleries you usually see, because it gave him the opportunity to highlight the condo’s features as he walked through.

My decorating style is minimalist, so I didn’t have to do much staging. All I really had to do was clear the countertops. Then I flicked on the lights and left the doors open so my agent wouldn’t need to touch anything. He originally suggested we play it safe and list for $750,000, but I felt that was too low. On April 10, we listed the condo for $778,000, with the goal of getting an offer over $850,000. 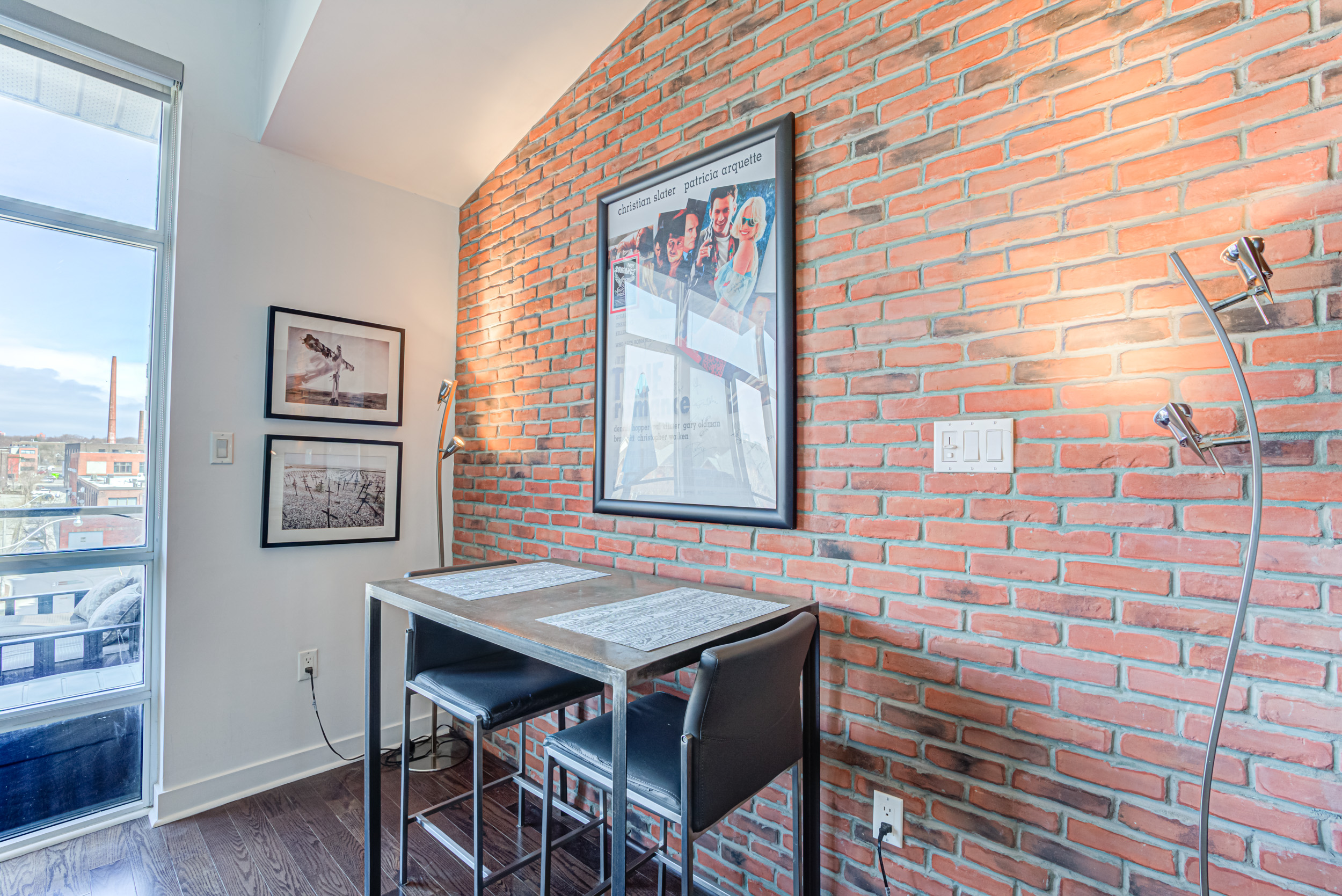 My decision to act fast paid off. I got an offer for $22,000 over asking shortly after listing, from someone who had seen the video. Still, I had a hunch I could get more if I waited just a little bit longer, so I turned it down. The following day, I got a second offer, this time from my brother’s neighbour, who lived just down the road. She’d tried to buy the unit directly underneath mine, but the sale hadn’t panned out. I turned down her initial bid of $847,000. We pushed for a better offer, and later that day, she upped it to $858,000. I immediately accepted. I couldn’t believe it. I’d just sold my condo, within 24 hours of listing it, for nearly triple what I paid just 10 years ago.

I was relieved the sale went so smoothly. I think the lack of an open house actually streamlined the selling process, by eliminating rubberneckers and lookie-loos. My agent’s video walkthrough paid off, too, since both bidders had seen the video and appreciated seeing the space. I’ll admit, the quick sale made me wonder if I could have gotten more if I had waited a few weeks. But I’m a pragmatist and I’m happy to be moving on to the next step in my life. The best part: I’ll be able to pay off my St. Catharines mortgage with the profits from Leslieville. 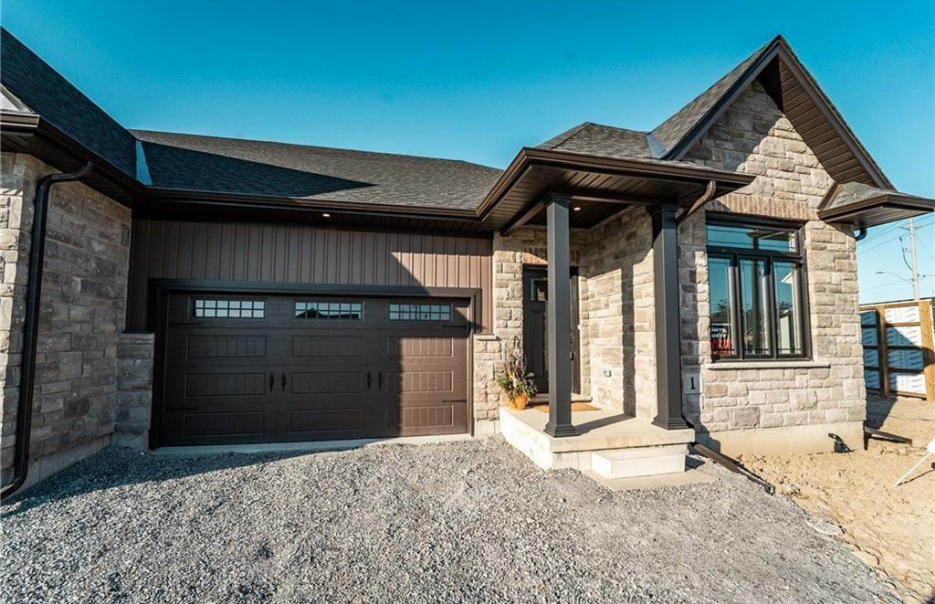 The condo sale closes on June 30. I’m currently moving everything into storage and once I move out, I’ll take just the essentials with me and rotate between my parents’ house and my brother’s condo until my bungalow is ready in October. There have been some minor pandemic-related construction delays, but the original completion date hasn’t changed yet. I feel so grateful to have family I can live with while my house is being built.

Toronto has been my home for the past 23 years and being away from my brother will be an adjustment. But I’m excited to no longer have to sit in traffic and pay a hefty mortgage plus condo fees. I’ve been craving something quieter, and I’m looking forward to exploring Niagara’s beautiful wineries and spending more time with my parents.