House of the Week: $6.6 million for the modernist Cedarvale marvel featured in Atom Egoyan’s Chloe

House of the Week: $6.6 million for the modernist Cedarvale marvel featured in Atom Egoyan’s Chloe

The 5,200-square-foot property comes with soaring ceilings, a cloakroom, luxurious Canadian materials and a private path to a ravine 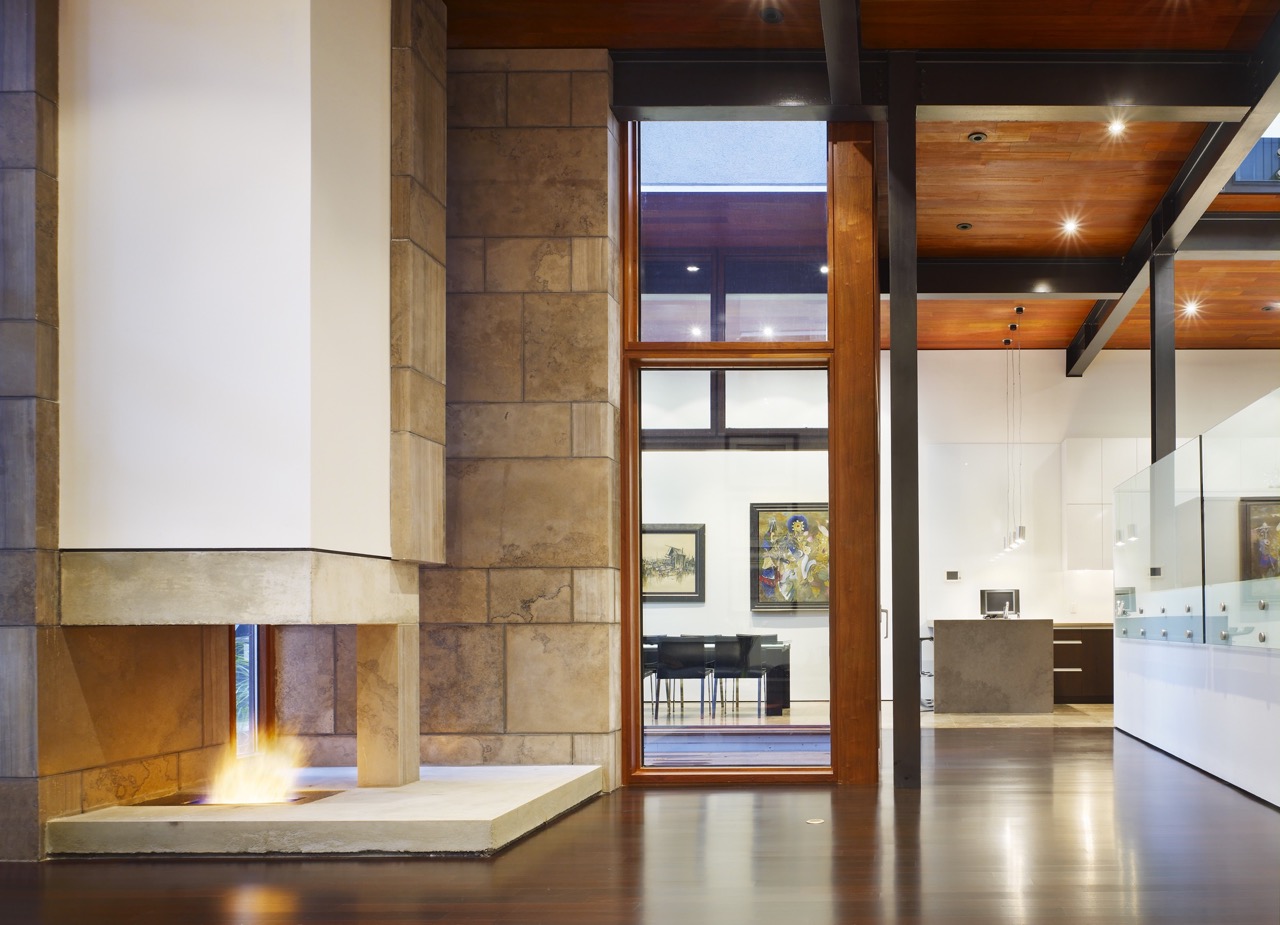 Heathdale, a residential street connecting Bathurst and Vaughan, spent much of the last century in uncertainty. In the 1960s, the city expropriated many of its homes to build the Spadina Expressway, an infamous boondoggle that was to run through the neighbourhood until public opposition killed the project in 1971. By the ’90s, council began re-offering the homes to their original owners, but by then, many of the ravine-side residences were due for full rebuild.

In 2005, a new buyer purchased the property at 24 Heathdale, tore down the house and, in its place, built a massive mahogany-and-cedar estate designed by acclaimed architect Drew Mandel. When completed in 2007, the tall gabled A-frame with warm wood and huge back windows elicited widespread media attention. In Toronto’s architectural circles, the place has come to be known as the Ravine House.

The owners loved the home for its north-facing views from every room and private path to the ravine as well as its proximity to Cedarvale Community School, transit and restaurants. Now that their children are grown, the owners are looking to downsize.

The façade showcases a neutral grey cedar-shake roof with bright-orange mahogany side panels. The owners chose the A-frame look to fit in with the historic charm of the street. 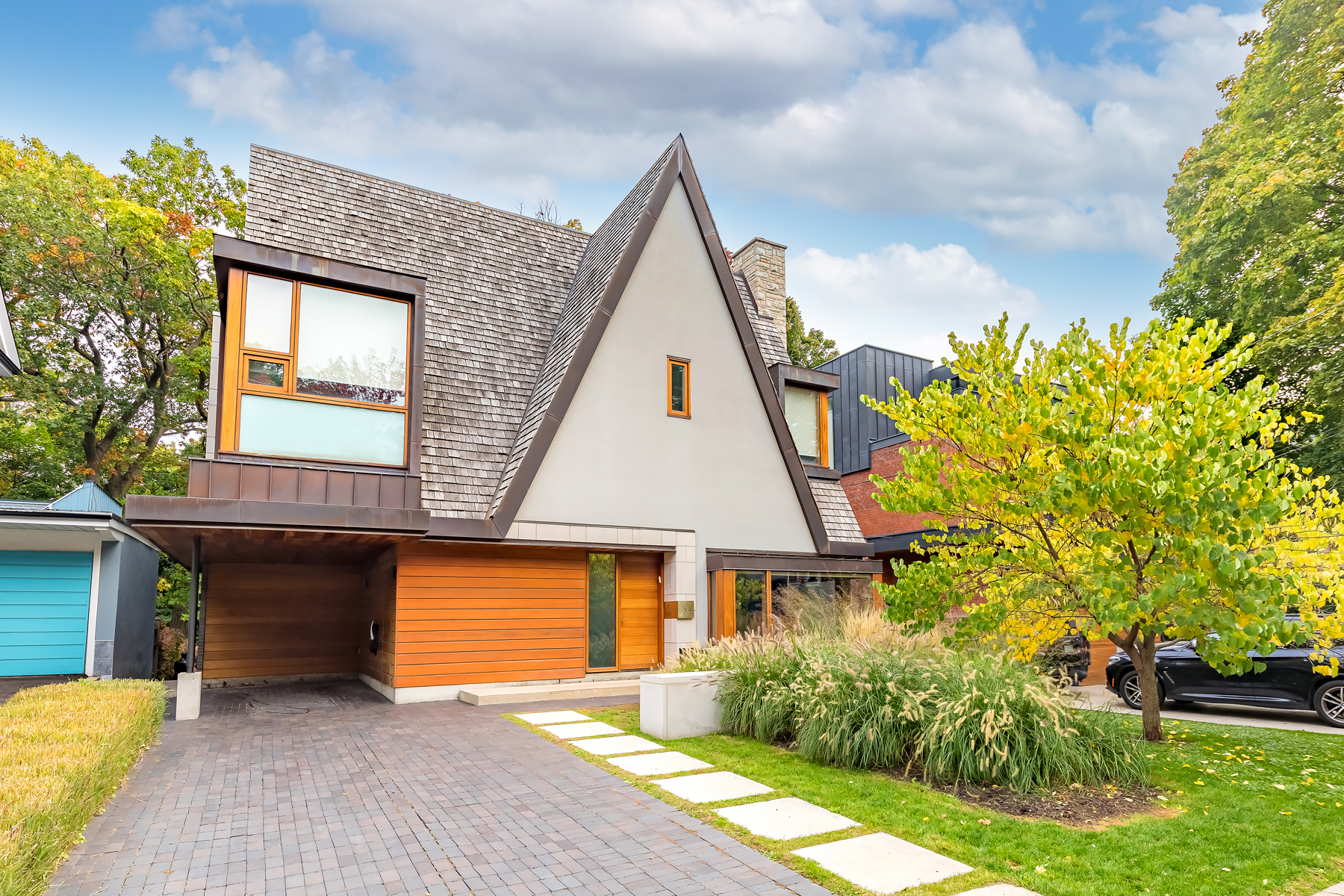 The family room has a cozy lodge feel with its Jatoba wood ceiling tiles, oak hardwood floors and ledge rock gas fireplace. Floor-to-ceiling windows provide spectacular views, but the house is also kitted out with electronic blinds for privacy. 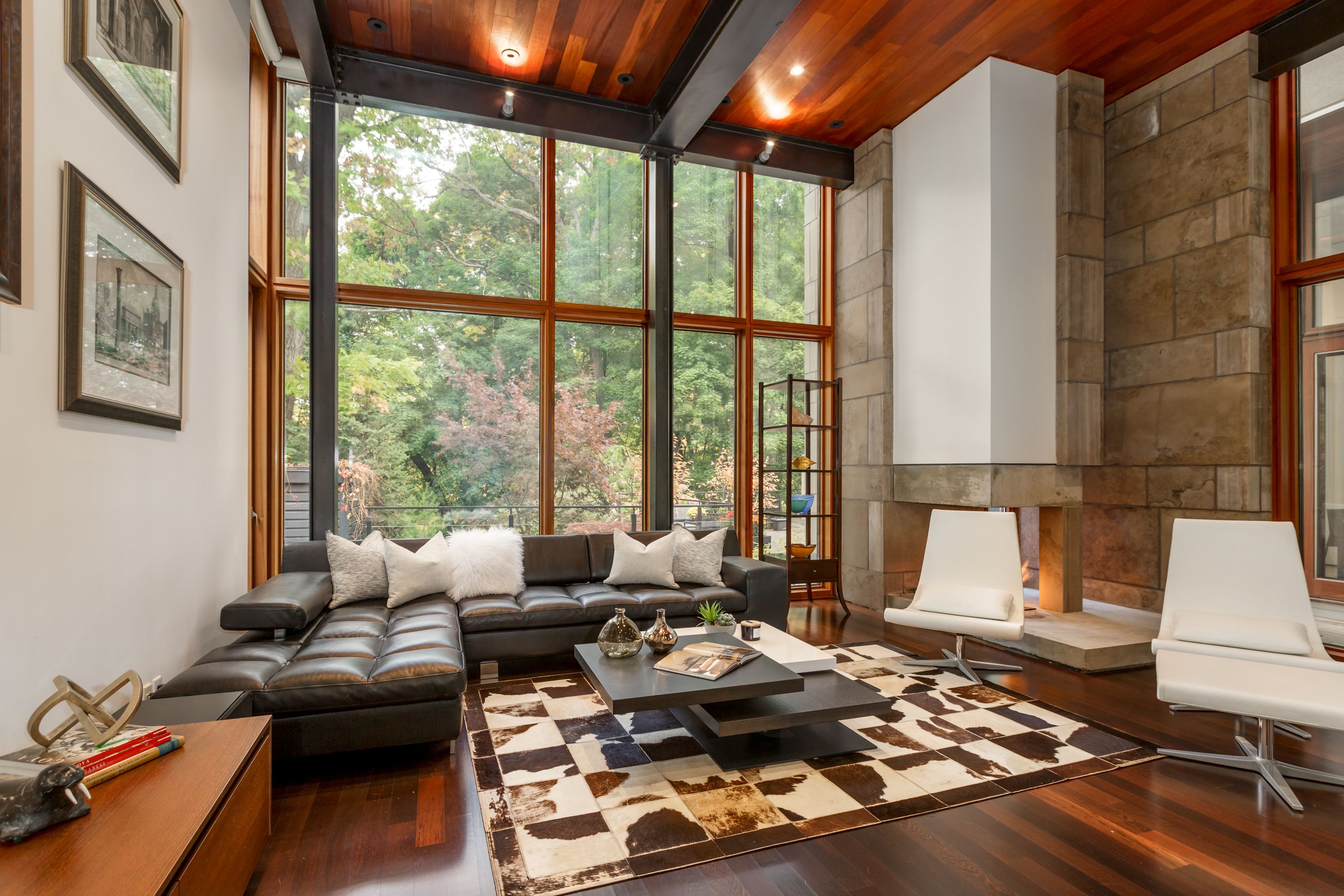 Luxurious wood extends to the kitchen, which comes with Viking appliances and Algonquin ledge rock countertops and tiling. Oversized sliding glass doors connect it to the massive backyard terrace—ideal for summer dinner parties. 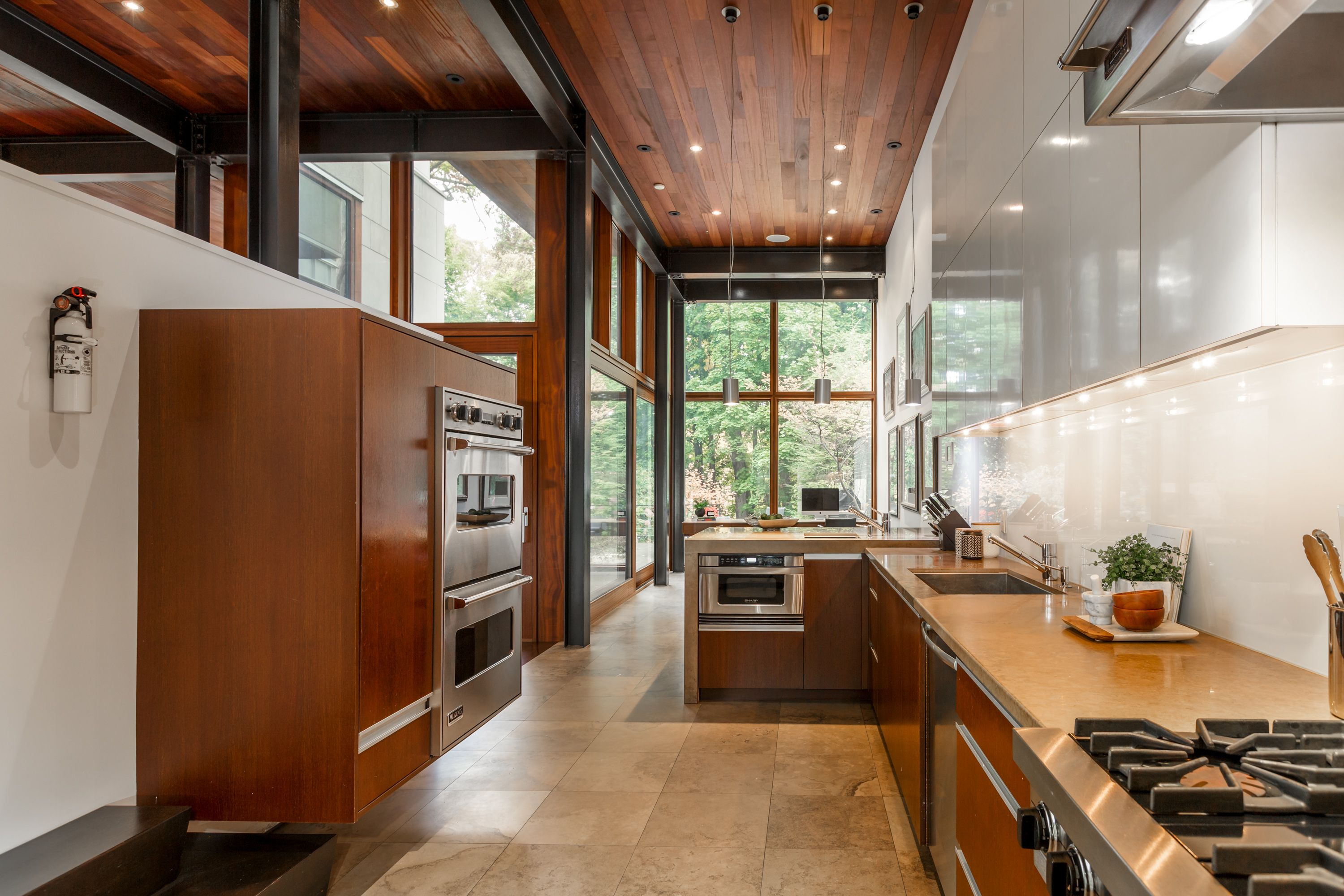 The entire house is covered by a network of Lutron pot lights, which are rarely needed during the day. 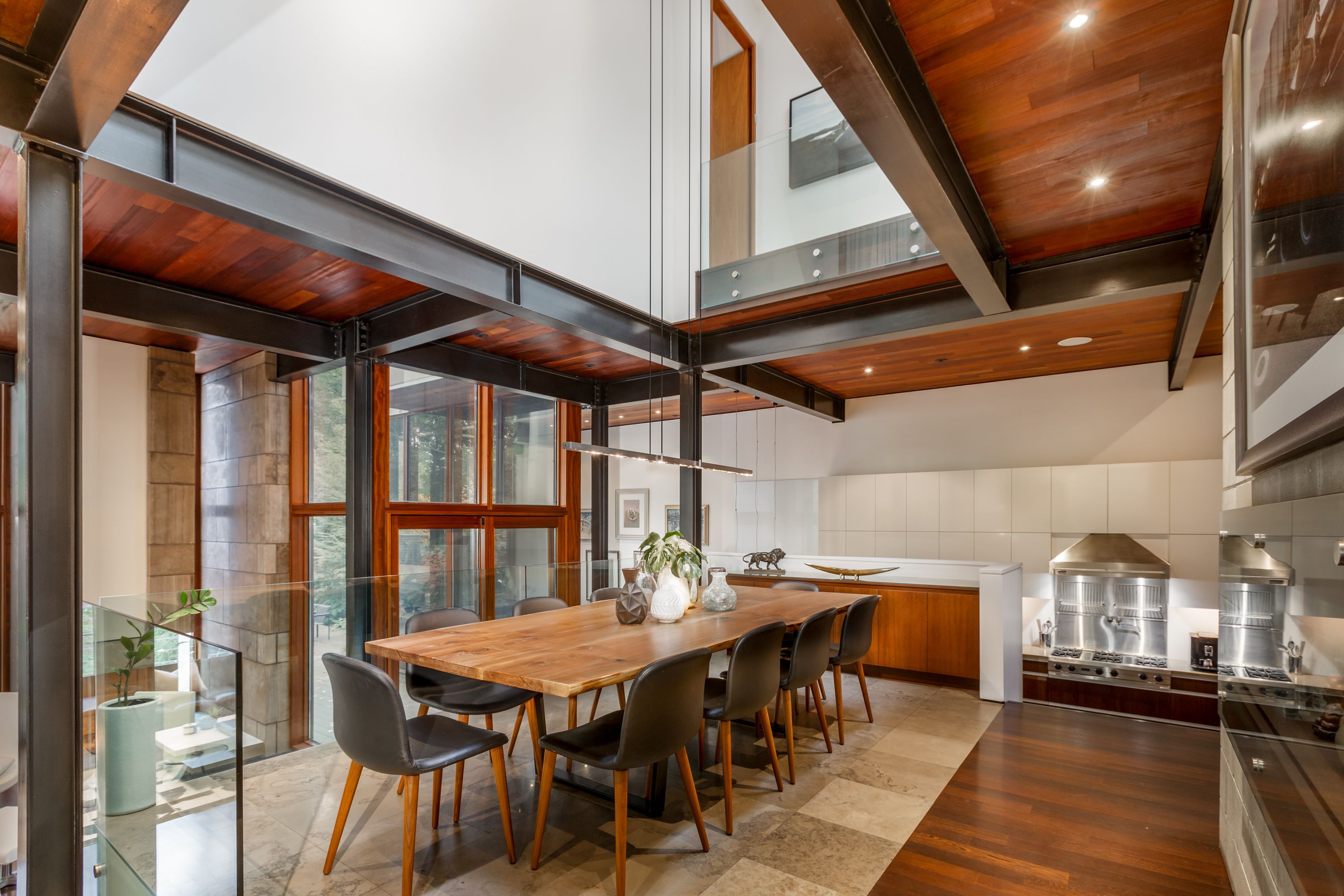 This gym on the third floor overlooks the ravine. 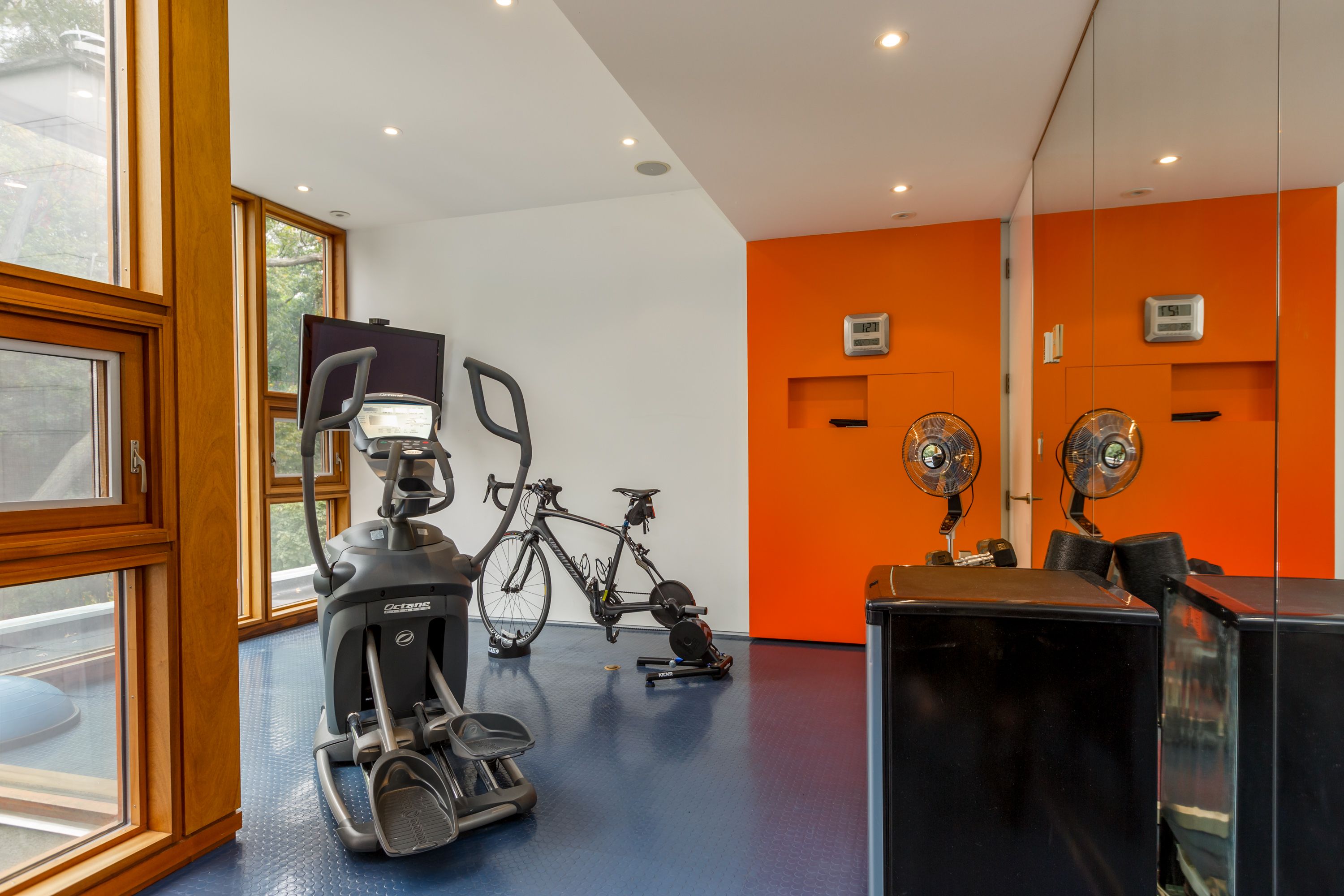 Just outside of the main bathroom is a self-sustaining urban garden with its own irrigation system. 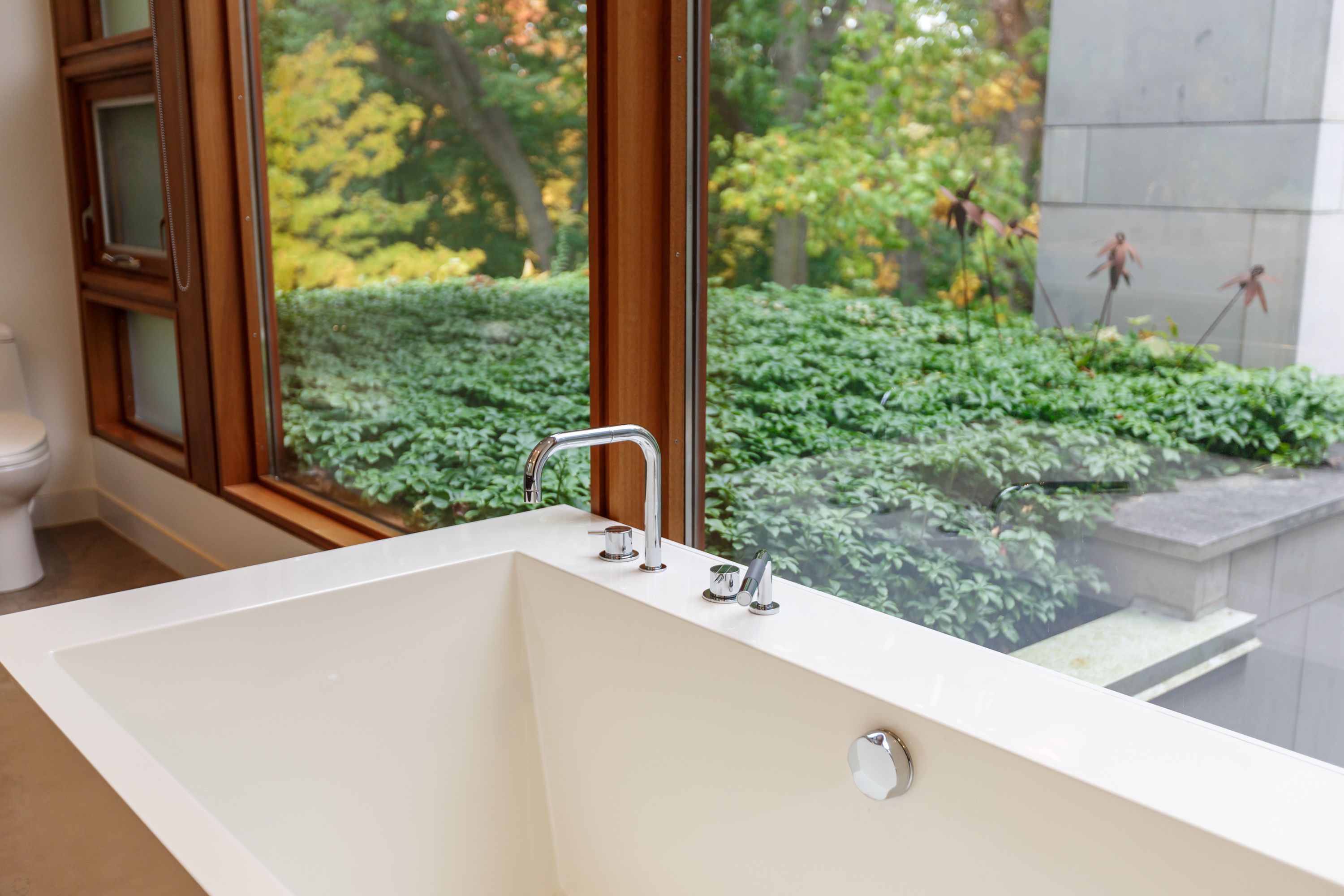 The custom oak temperature-controlled wine cellar is large enough to fit a lifetime supply of drinks. 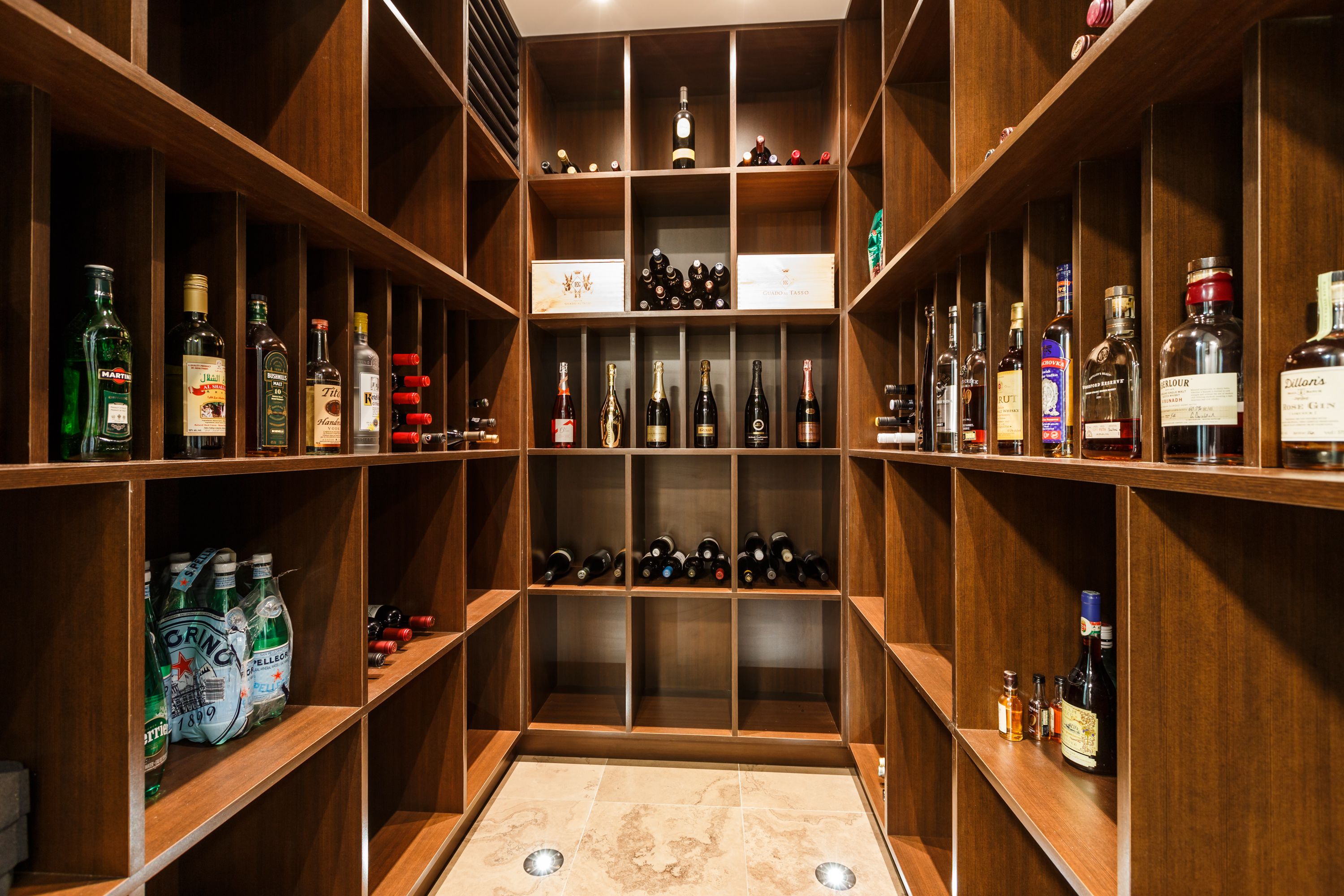 And the cloakroom, with its sleek cabinetry, comes ready for accessory-focused dapper dressers. 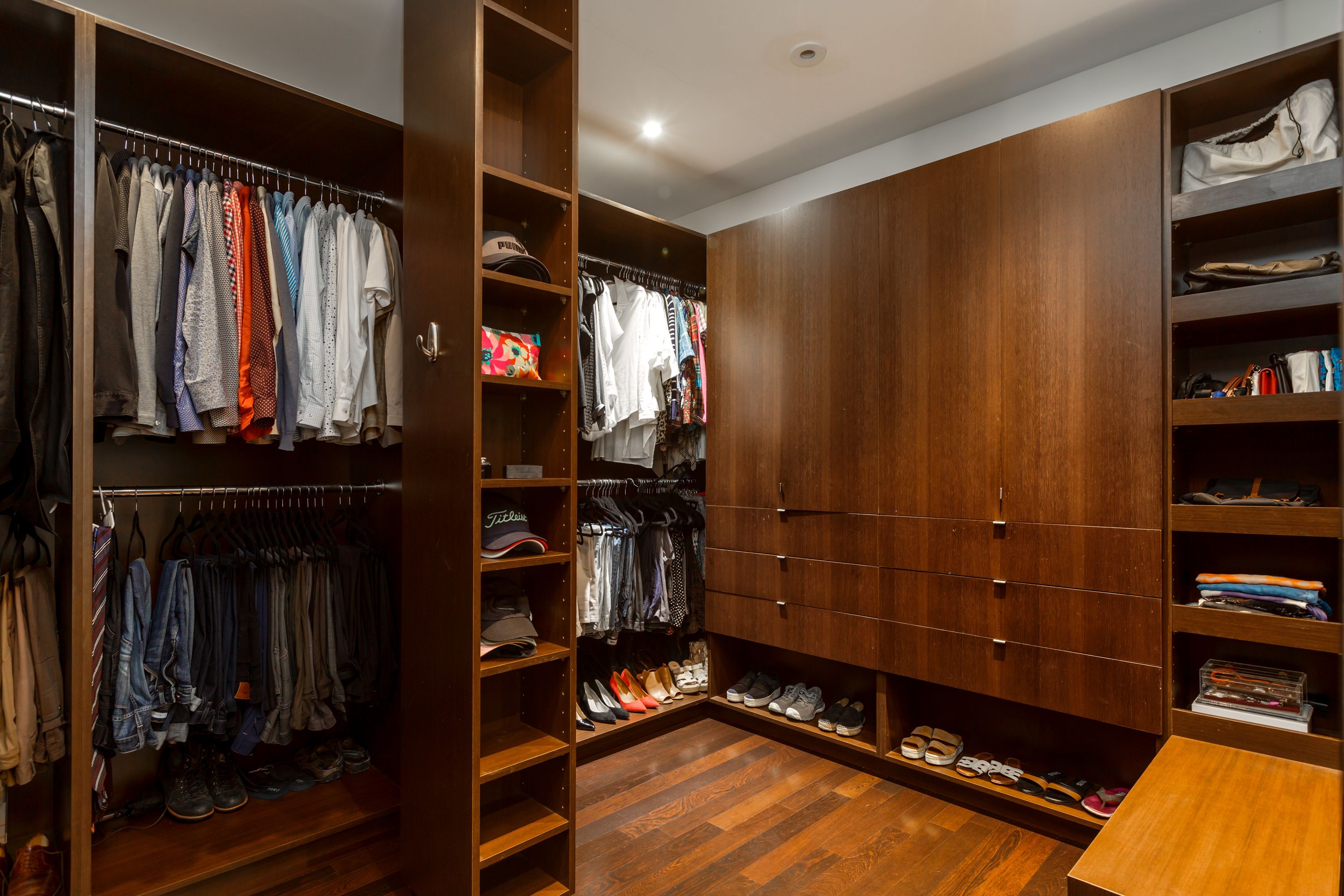 The backyard is arguably the home’s greatest feature. A brick-and-stone cooking station houses an integrated gas grill, and the deck’s winter-proof Ipe wood braces it for all seasons. 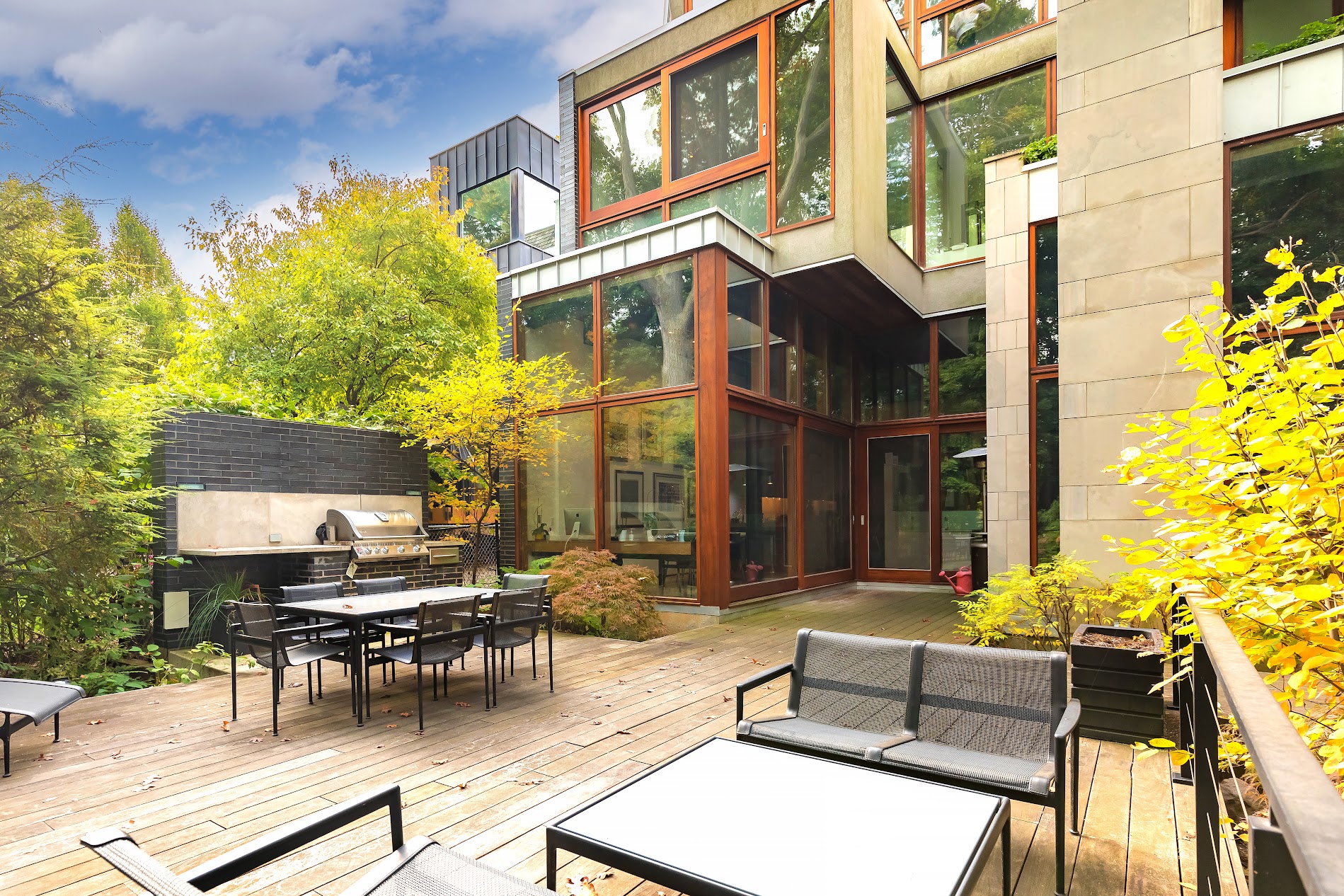 Finally, one last look at the home’s towering modernist elevation. 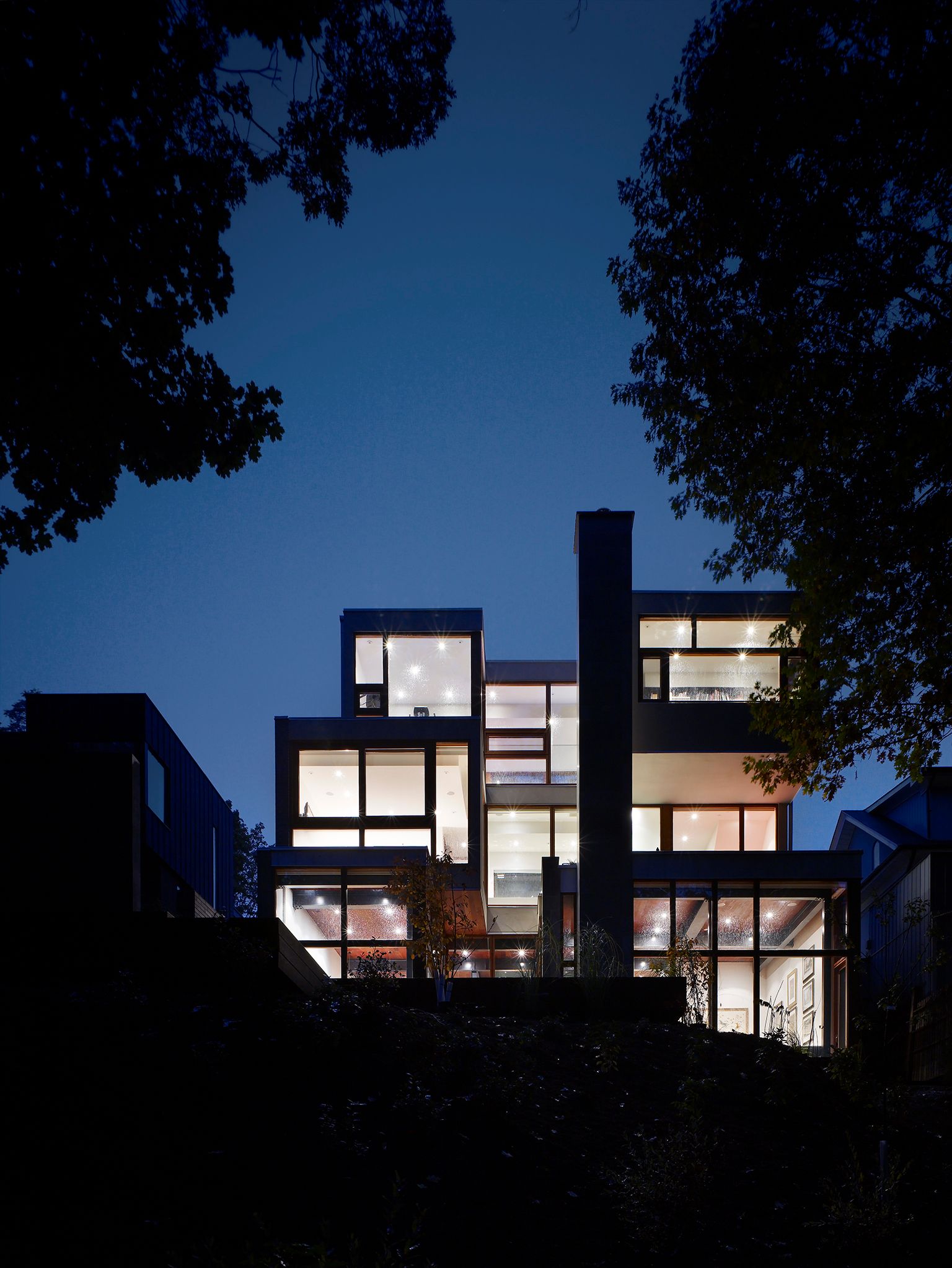