Who: Paulette Sopoci, 50, an entrepreneurial coach and skincare brand representative. 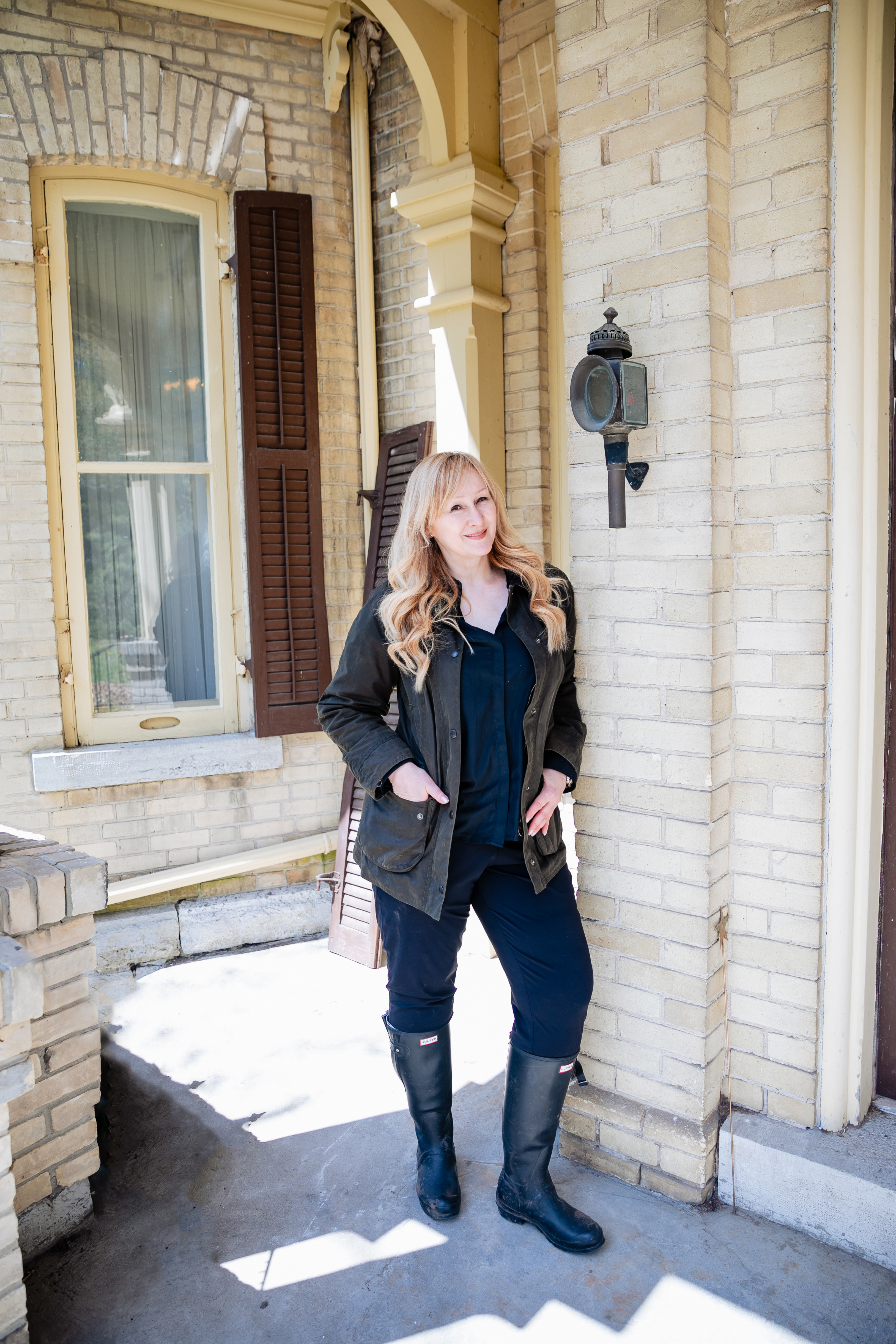 The history: In 1978, when Sopoci was eight years old, her family moved from Pickering to a 200-acre farm in Kawartha Lakes.

While her father tended to the cattle and grew vegetables, she rode around the sprawling property on horseback with her sisters (she is the second-youngest of five girls), admiring the area’s rolling hills.

Around Christmas, her mother’s favourite time of year, her extended family would gather to share a festive meal. “I lived an idyllic life as a farm girl,” she says. “We may not have had trips to Disneyland, but if we wanted another pony, my dad would go to auction and buy one.”

Every day, during the 45-minute bus ride to school, Sopoci passed a majestic three-storey brick home with regal shutters and a gorgeous entranceway. Locals called it the Janetville Mansion or the Doctor’s House, after the physician who built it in 1880. “It looked like a magical castle to me,” she says. She wondered who lived there and dreamt about owning it someday.

In 1988, when Sopoci was 18, she moved to Toronto, lured by the excitement of city life. She started working for an entrepreneurial coaching firm called Strategic Coach, where she still works today, and later developed an e-commerce business selling skincare products.

In 2004, Sopoci bought a four-bedroom century home in Riverdale. She paid $765,000, which was $166,000 over asking. “People thought I was crazy,” she says. But she loved the fact that it overlooked Withrow Park, which reminded her of her country upbringing.

The following year, she met her husband, with whom she eventually had a son, Jack, and a daughter, Avery. Over the next 17 years in Riverdale, Sopoci spent $370,000 renovating the house. “It was meant to be my forever home.”

The hunt: Before the pandemic, Sopoci had never considered moving back to the country. She enjoyed the hustle of her daily life in the city. But during quarantine, she and her employer realized she could work from home and be just as productive.

Plus, Sopoci had recently turned 50, and the change of pace amid lockdown encouraged her to reflect on what she wanted the rest of her life to look like. By then, she and her husband had separated. (They remain on good terms, working together to co-parent Jack, now 12, and Avery, 10.)

In November 2020, a childhood friend told Sopoci that the Janetville Mansion was on the market. Sopoci didn’t immediately pounce on the opportunity—her mother had died months earlier (she’d lost her father a decade ago), and she was still grieving. It didn’t feel like the right time to move.

But the place still hadn’t sold by the start of this year. So, in the spirit of fresh starts, Sopoci pulled up the listing. “Without hesitation, I said, ‘I am going to buy that house.’”

On January 4, Sopoci made the hour-and-a-half drive out to Kawartha Lakes to see the place. She loved it just as much as she had as a little girl. 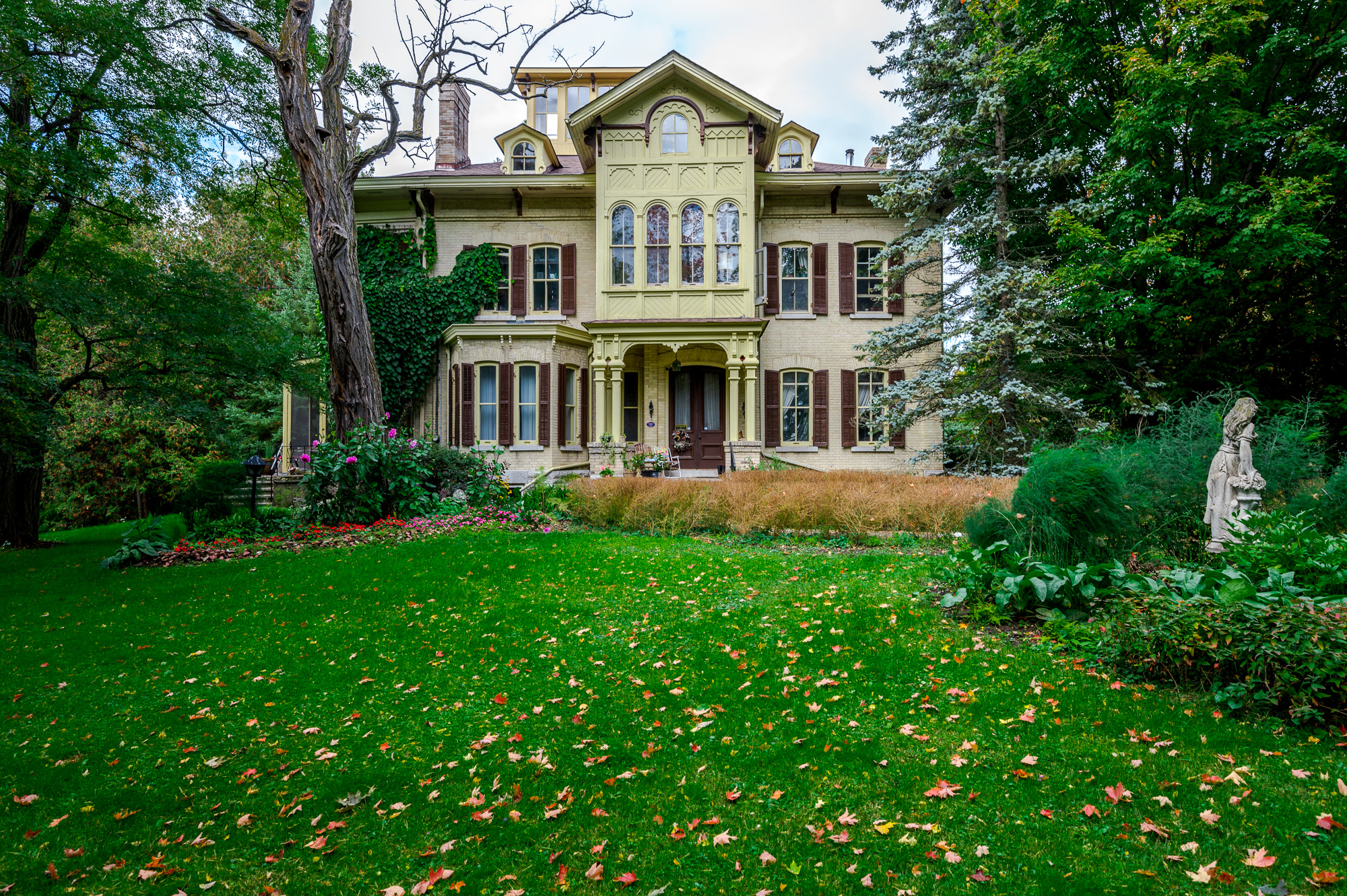 The roughly 5,200-square-foot, four-bedroom house was a Victorian gem with heritage status. Inside, it had a grand Jacobean staircase, “swoon-worthy” mouldings and inlaid parquet floors.

There was a first-floor terrace, a second-floor balcony, four fireplaces and a west-facing garden room that she knew would get amazing light at sunset.

The place also included a collection of historic light fixtures, including a 450-year-old Parisian chandelier. It definitely needed some work—there were bats in the attic and the backyard pool was in disrepair—but she could see herself living there.

The house was listed at $1.9 million, and Sopoci estimated it would need at least $500,000 worth of repairs and renovations. To afford it, she and her mortgage agent (her twin sister, Dorie) calculated that she’d need to sell her Riverdale home for at least $2.65 million.

On February 18, she listed it at $2.45 million, hoping to incite a bidding war.  It worked. There were 40 showings. “It was the most stressful week of my life,” she says. “My future was dependent on whether I got the price I wanted.”

Before offers were due on February 26, Sopoci wrote a note to the potential buyers: “Thank you for paying $3 million.” She placed it under the doormat, hoping to wish a big sale into existence. Ultimately, the house received five offers. The winner: $3 million.

With her windfall, a whopping $2.235 million more than she paid for it back in 2004, Sopoci went after her dream mansion. The owner, a 93-year-old man, wasn’t willing to negotiate on the price, so she offered the full $1.9 million. That sealed it.

The outcome: The sale closed on May 6, and Sopoci went to work. She plans to redo the kitchen and main second-floor bathroom, and add a powder room on the first floor. She wants to make the place feel fresh and livable while respecting its history. “I wouldn’t buy a heritage home unless I knew what I was getting into,” she says. “But I don’t want to feel like I’m living in an old relic.”

While the renovations are underway, Sopoci is living in a rental in Toronto, but she drives out almost every day. She even has an air mattress in the library, in case she wants to stay the night.

She christened the home with a new name, Primrose Hill Manor (she liked the ring of it and wanted to pay homage to the region’s hills). She plans to document the home’s transformation on a blog and an Instagram account under that name.

When the renovations are complete, she dreams of hosting micro-weddings for 10 to 20 people in the home and on its terrace. “It will be the most beautiful backdrop for a wedding,” she says. 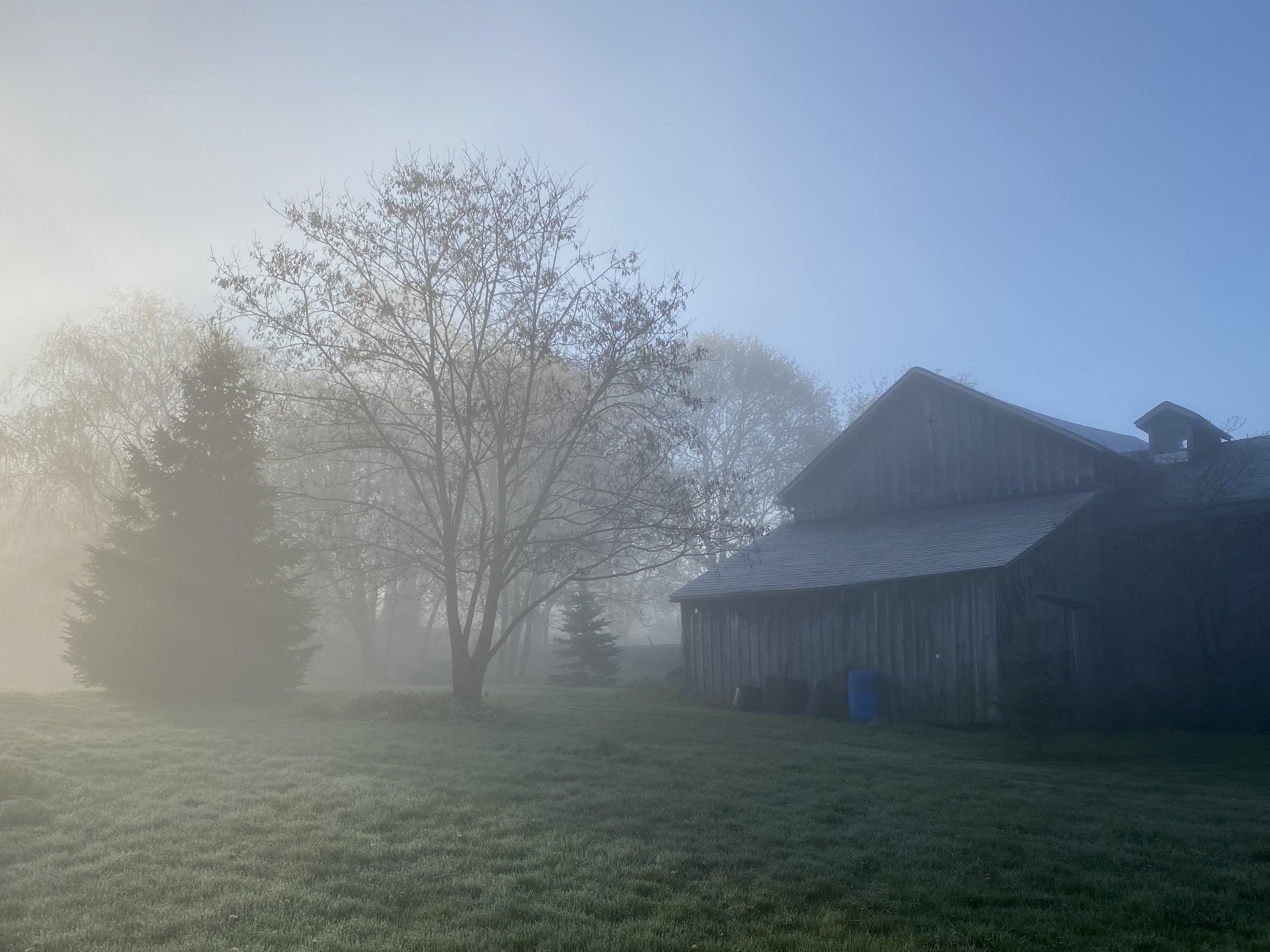 Having worked from home for more than a year now, Sopoci doesn’t anticipate the move will affect her work situation. Sopoci reserved a bedroom each for Avery and Jack for when they come up to stay, and she’s excited to give her kids a taste of the country life she inherited when she was about their age.

She says she won’t miss Toronto—“Is it okay to say that?”—and is enjoying the peacefulness of country life again. “I feel like I haven’t seen the stars in 30 years,” she says. She already feels welcomed by the community. Some of her neighbours have told her that they remember receiving Christmas ornaments from her mother.

This Christmas, if Covid restrictions allow, Sopoci looks forward to hosting her extended family for a big holiday meal, just like her parents used to. “Especially after the pandemic, bringing our family together is going to be so beautiful,” she says. “It will be bittersweet, because I know both my parents would have been tickled to know that I’m returning to Kawartha Lakes to carry on this tradition.”