In the before times, property managers in Toronto had a lot of power. Vacancy rates were so low (about 1.1 per cent) that if a decent unit opened up, renters were willing to do anything to secure the lease. But, of course, things have changed. A recent report showed that Toronto’s vacancy rate hit a 50-year high (about 5.7 per cent), forcing landlords to offer major incentives in order to attract tenants. We asked a few property managers and real estate execs which perks they’re offering right now. 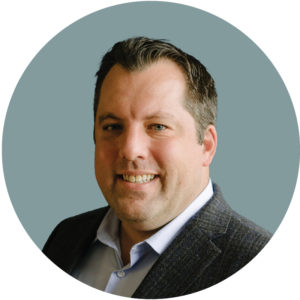 What he manages: Two new purpose-built rental buildings ready for April 1: the Waverly, at College and Spadina; the Brixton, at Queen and Dufferin

“Last year at this time, the purpose-built rental market was having a bit of a boom. We went from almost no supply in this sector, in 2000, to around 50,000 units. The Covid-induced freeze on immigration created a flood of inventory—now Toronto has the second-highest stock of Airbnb rentals in North America. In order to stay competitive, we have lowered rents between five to eight per cent, depending on the neighbourhood. We’ve also introduced a lot of incentives, which is something you definitely wouldn’t have seen prior to the pandemic.

The incentives: At the Waverly, we’re offering a month of free rent, plus $2,700 in additional incentives, including $1000 from Structube, $500 from Boxcar Social and a year of high-speed internet.

At the Brixton, it’s two months of free rent, plus $500 in gift certificates and a case of wine from a local vineyard. We also have a new partnership with the Cleveland Clinic, which provides complimentary health services to residents. Another bonus: we partnered with Switch Health, offering residents two complimentary at-home Covid tests, with results in 24 hours. We’re trying to figure out how to build a community. That means making people feel safe in the short term.

In the future: I think when you look at the government’s plans to increase immigration targets by 30 per cent, the long-term trajectory is promising, and the market will return to pre-pandemic levels. Toronto is still a very desirable location. Housing supply was a big issue before the pandemic and that issue will still exist after.”

What she manages: A two-bed, two-bath condo in the Riverside Square Complex, at Broadview and Queen

“I’m the landlord of a rental unit that I bought five years ago. I thought I would end up living there, but life changes and my family needed more space, so it became an investment property. We got our first tenants in October 2019. When their lease came up at the end of last year, I would have been willing to negotiate. I’m an agent, and I have a lot of rental clients, so this is the advice I was giving to them: “Talk to your landlords, none of us want to lose a tenant right now.” We didn’t have that choice because our tenants bought a place.

The incentives: We posted the unit for $2,650 in November 2020, and for a while, we had zero bites. By mid-December we were feeling pretty desperate, so we brought the rent down by $250 a month, and offered the first month free and a flexible move-in date. We were able to get tenants and I feel pretty lucky. Some of the almost identical units in the same building are renting for $2,000. I don’t know if we could have gone that low.

Tenants definitely have all the power right now. I had people approaching me to say, ‘Hey, I have great credit and I make this much money, so what deal can you offer me?’ This was before they had even seen the place. Prior to the pandemic, if you had a tenant who was interested, they wanted to sign the lease right then and there. Now they’re shopping around and they are not shy about it.

In the future: I think rents are going to stay low for the next couple of years. For investors, I think we’re looking at negative cash flow over that same period.” 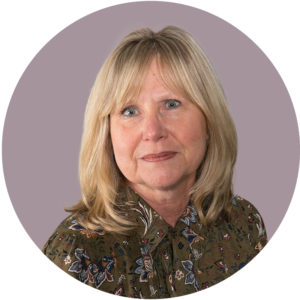 What she manages: 40 apartment buildings in the GTA

“I’ve been in this business since the 1980s, so this isn’t my first downturn, but I’ve never seen vacancy rates this high. Last year, around this time, we had an average vacancy rate of 0.5 per cent. Now some of our downtown buildings are at 10 per cent.

Normally, when there’s a softening in the market, you notice it in the surrounding areas first, but Covid hit downtown hard. For the longest time, the core was bulletproof, with so many young people going to university, a strong workforce and people who wanted to be downtown because of the lifestyle it provides. Covid changed that in the short term and property managers are having to respond.

The incentives: The power dynamics in the tenant-landlord relationship have changed drastically. Like everyone else, we’ve lowered our rental prices: a three-bedroom that was going for $3,640 a month before is now at $2,995. We’re offering the first month of rent free at a lot of our downtown buildings, free parking for a year (an estimated value of $120 a month) and up to $500 in free laundry cards.

I’ve heard of other landlords and property managers offering things like free TVs, but we think that people are looking to save money right now—they don’t need another TV. We also think people want an early move-in date, which we like because the staggered move-in times mean fewer issues with social distancing and less contact in the lobby and elevators.

I would say our smaller buildings were less impacted by Covid. With our larger buildings, people move in for the amenities and the location, neither of which have the same value at this point. Nobody cares about a gym or a party room right now.

In the future: I’m not worried about the long term. We hear a narrative about everyone moving out of the city, but that is a very specific consumer and probably doesn’t cross over much with the rental market. I think we are likely to get a flood of new renters after the vaccine gets disseminated, when things return to normal and everyone realizes there’s a firesale in the downtown core.”