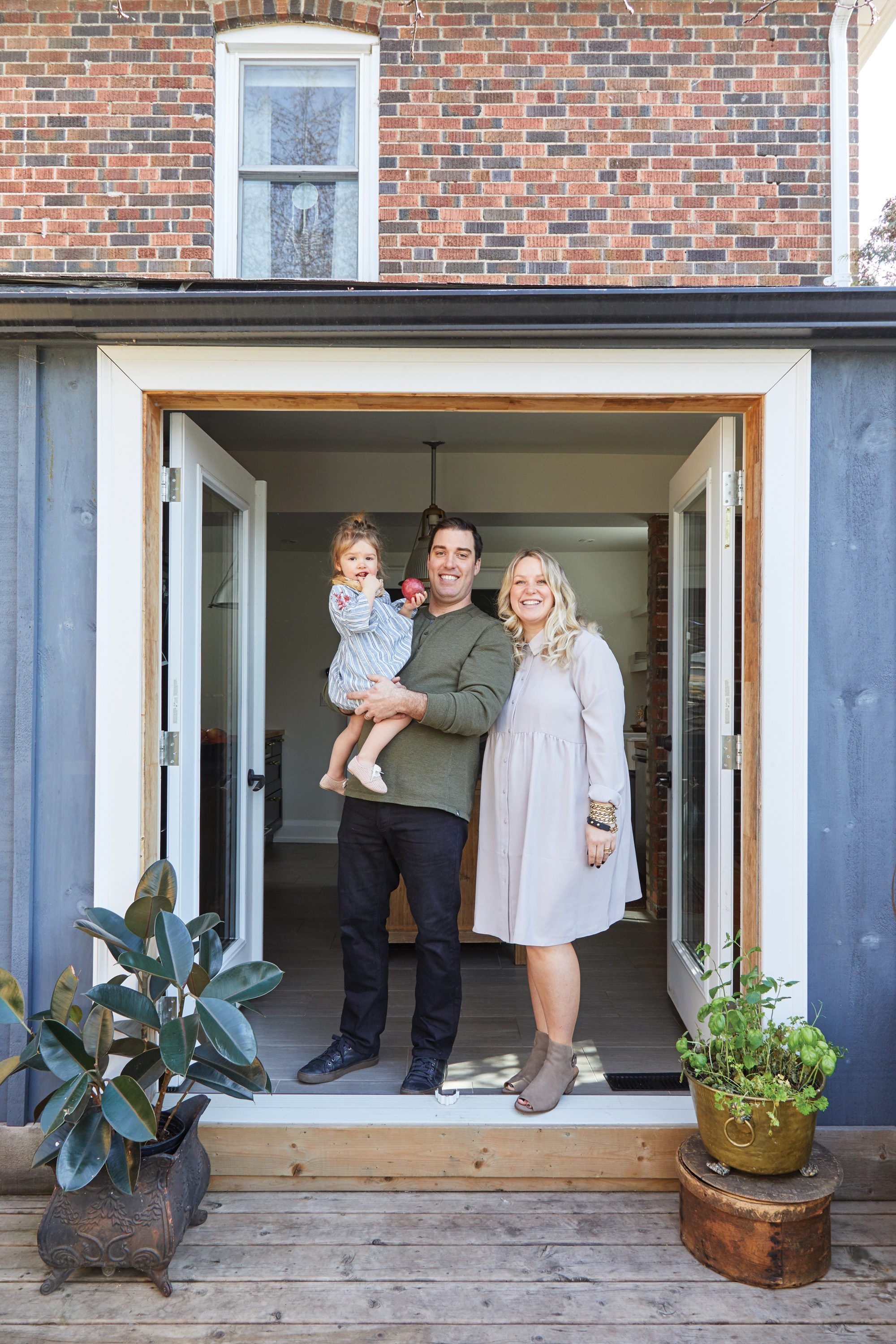 When Nicky and Chris went looking for a house together in 2011, they thought it would be easier to work with a run-down home than one that had been poorly renovated. They snagged a 1920s-era fixer-upper near Dundas and Jane. Despite the fact that they had no construction experience, they moved in and started doing major repairs, one room at a time.

All the ceilings and walls had to be opened up to replace the knob-and-tube wiring. Not realizing the volume of detritus that tearing out ancient lath and plaster would produce, they didn’t bother to rent an industrial garbage bin. Chris ended up making daily trips to the dump, the bed of his truck over­flowing with plaster.

In late 2015, they found out Nicky was pregnant with their first child. She had to use the neighbours’ facilities while they overhauled the house’s only bathroom. They polished off the upstairs nursery just in time for the arrival of their daughter, June, in summer 2016. Now they’re expecting their second child in July.

Chris built the 10-person dining room table himself. It was a side project between room renovations: 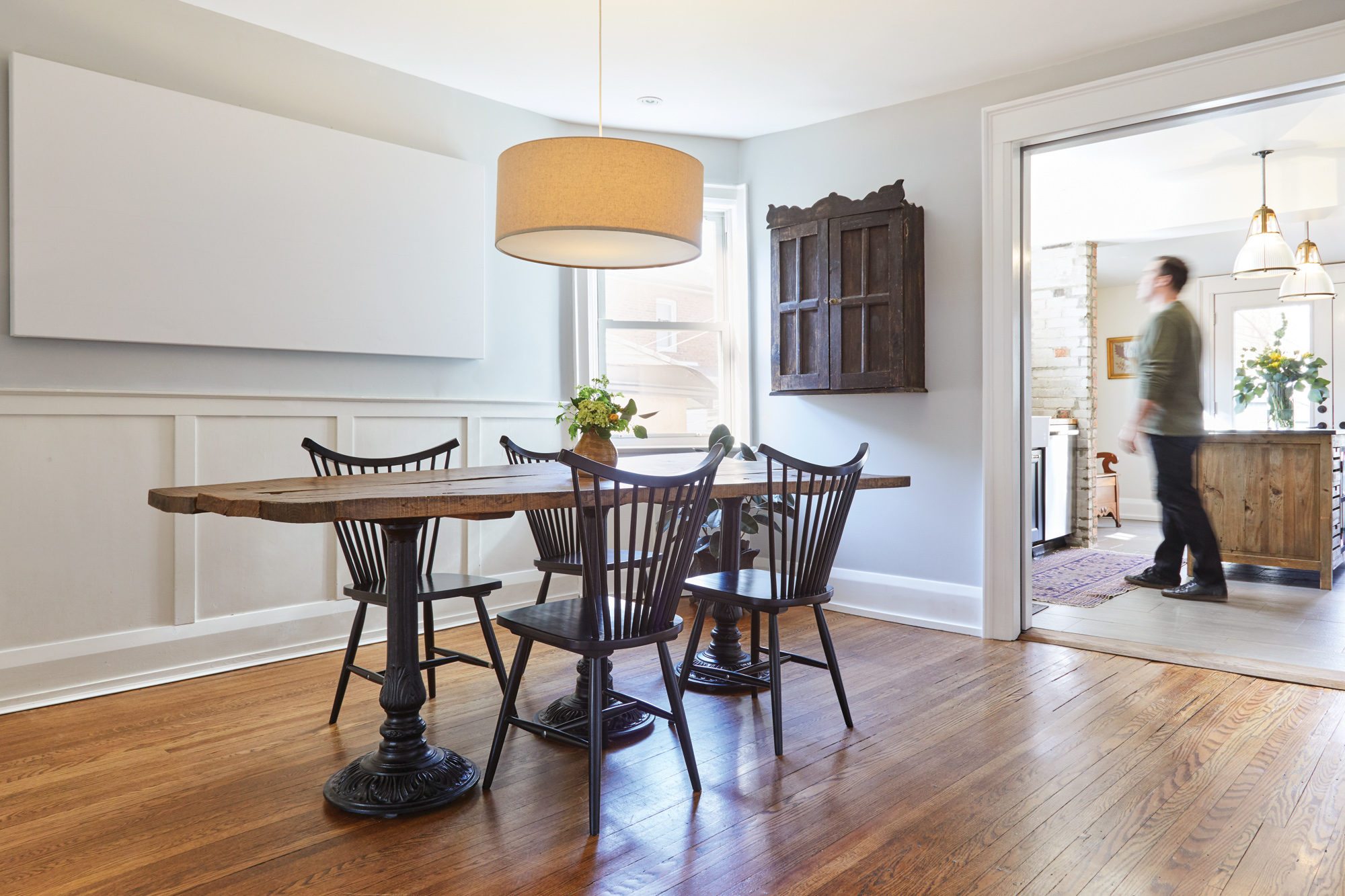 This $400 piece of antique leaded glass from Post and Beam was a gift from Chris to Nicky for her birthday. They used it as the centrepiece of the pocket door between the kitchen and dining room: 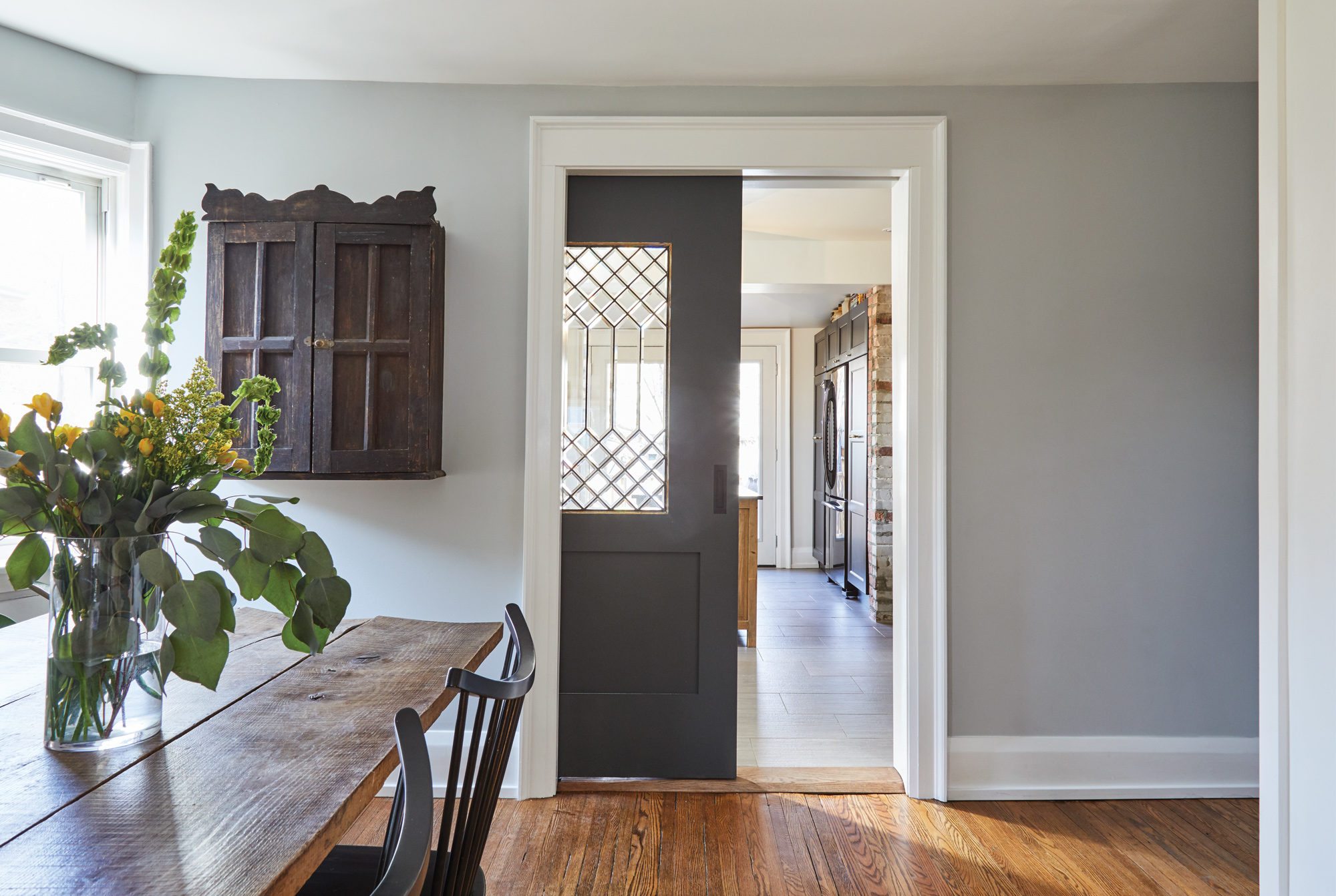 They installed his-and-hers shelving in the master bedroom: 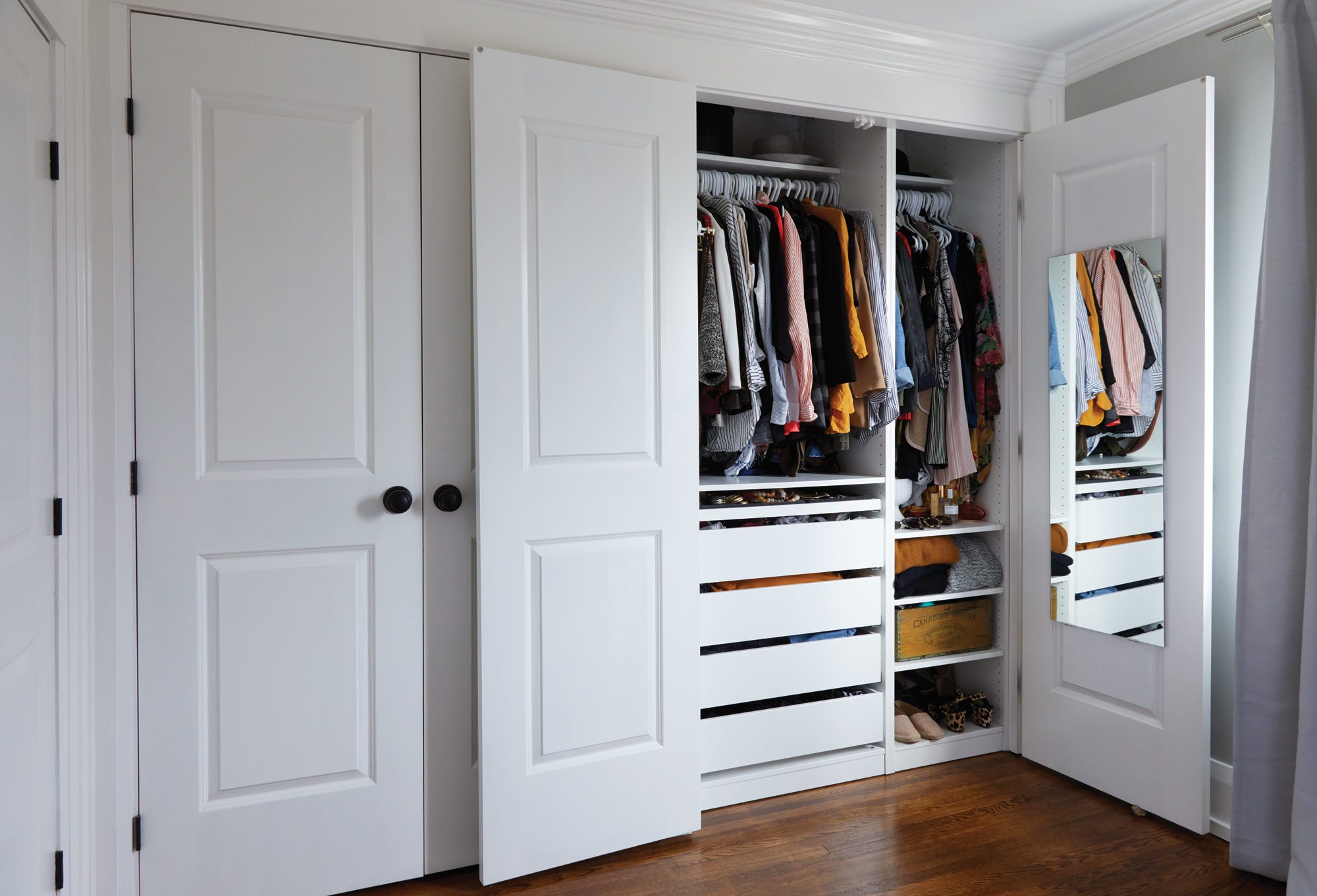 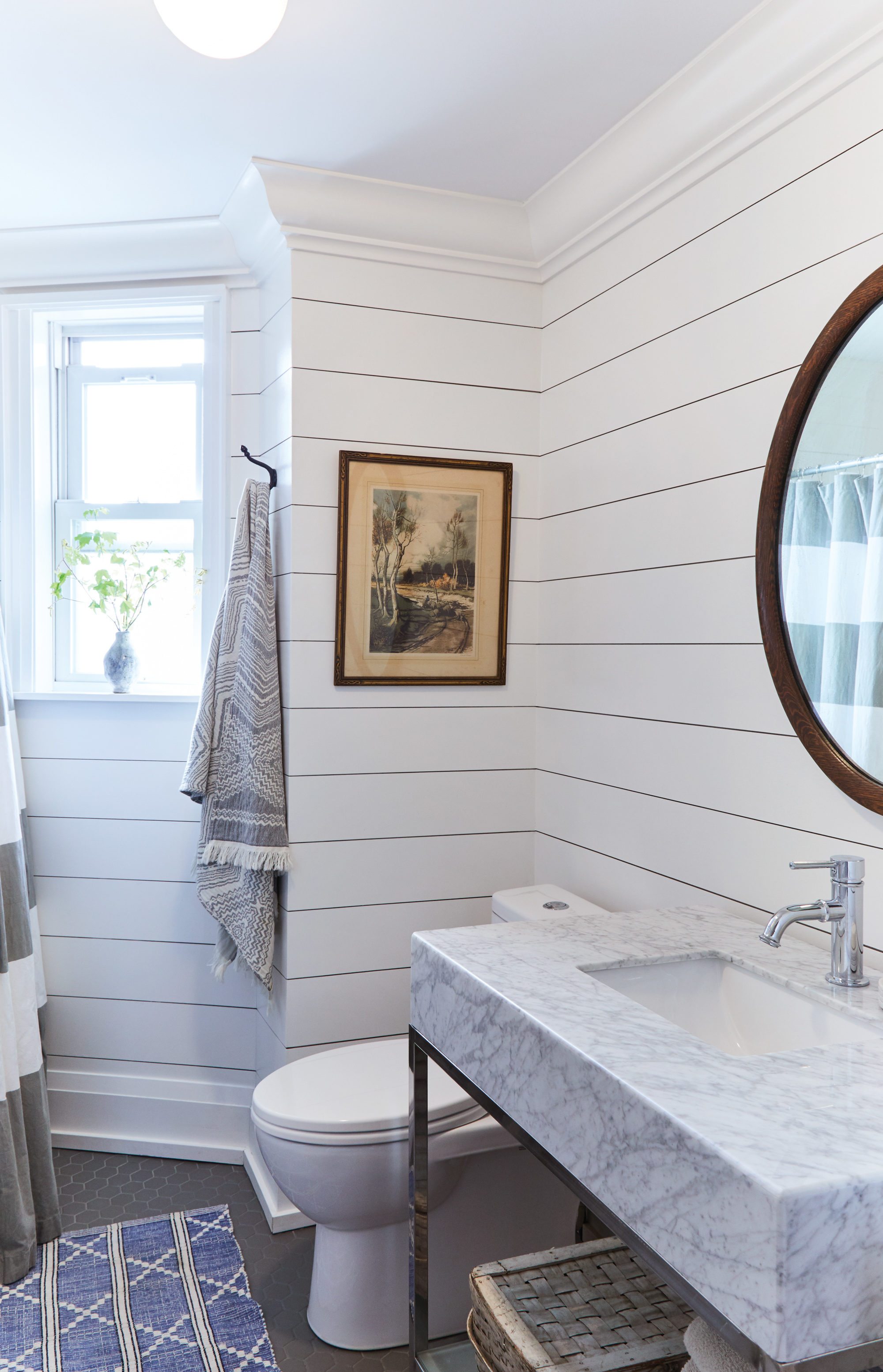 They discovered the brick wall in the kitchen while they were tearing down plaster. They liked the way it looked, so they kept it exposed. The vintage Holophane light fixtures above the island are from a store in Bayfield: 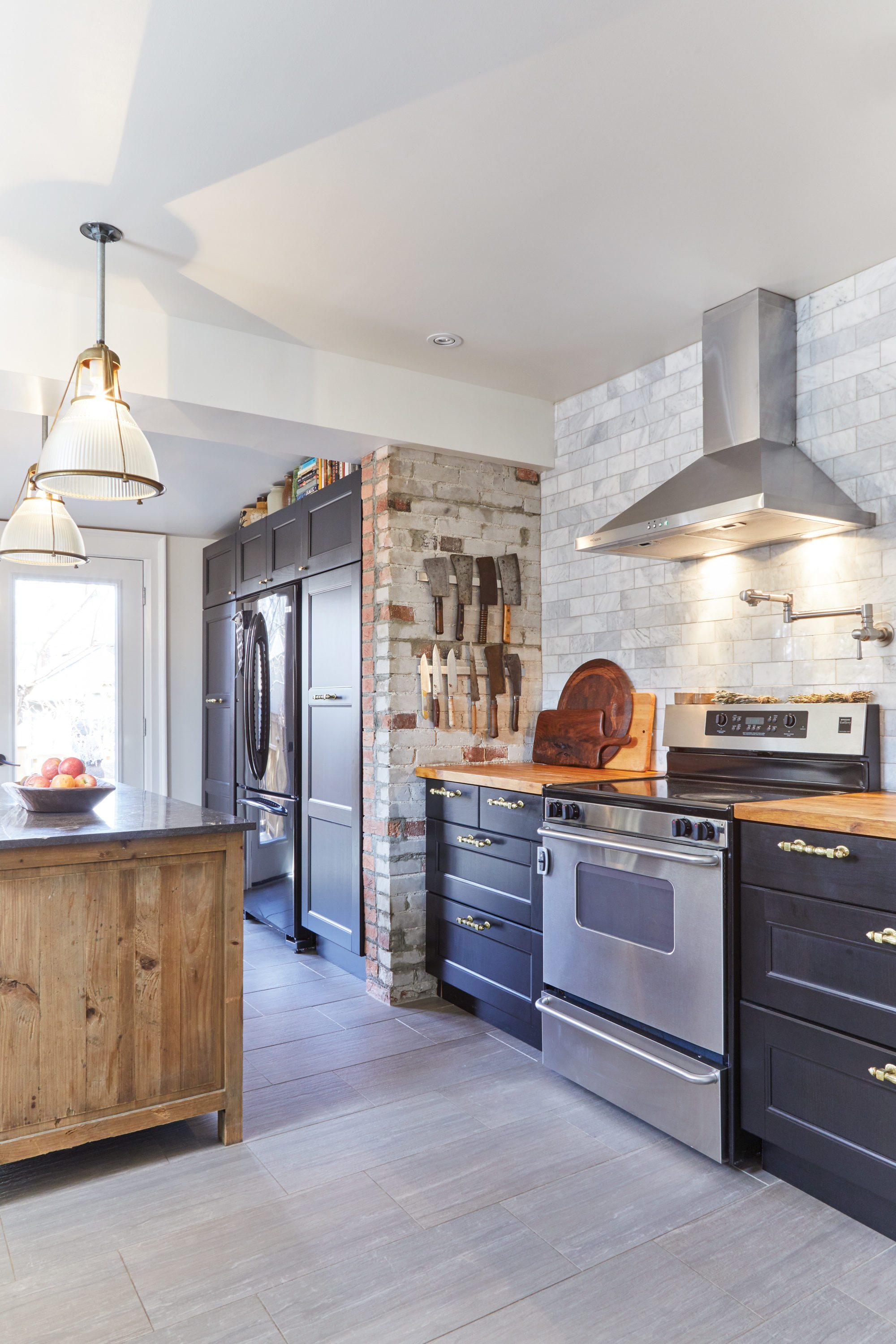 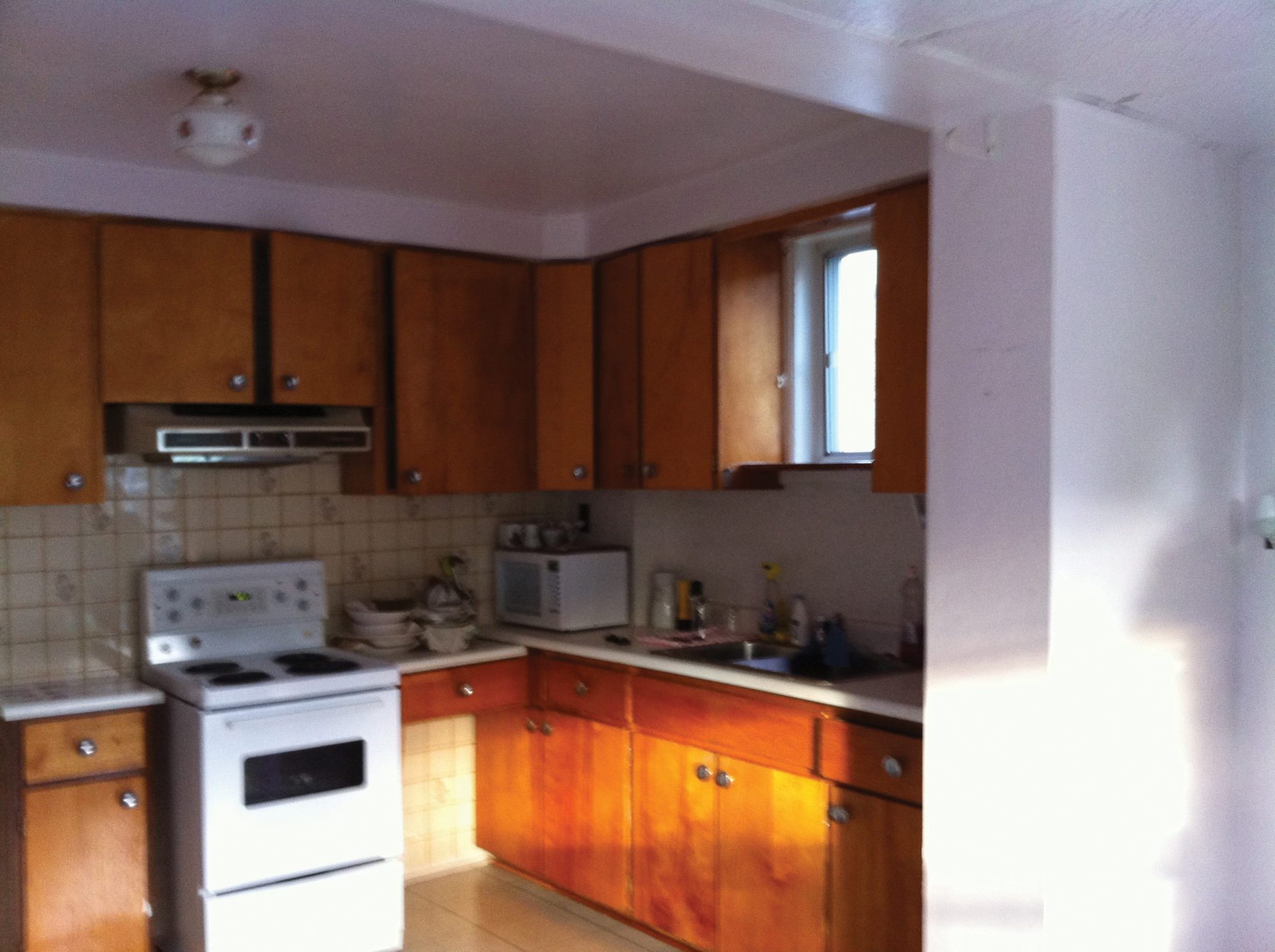 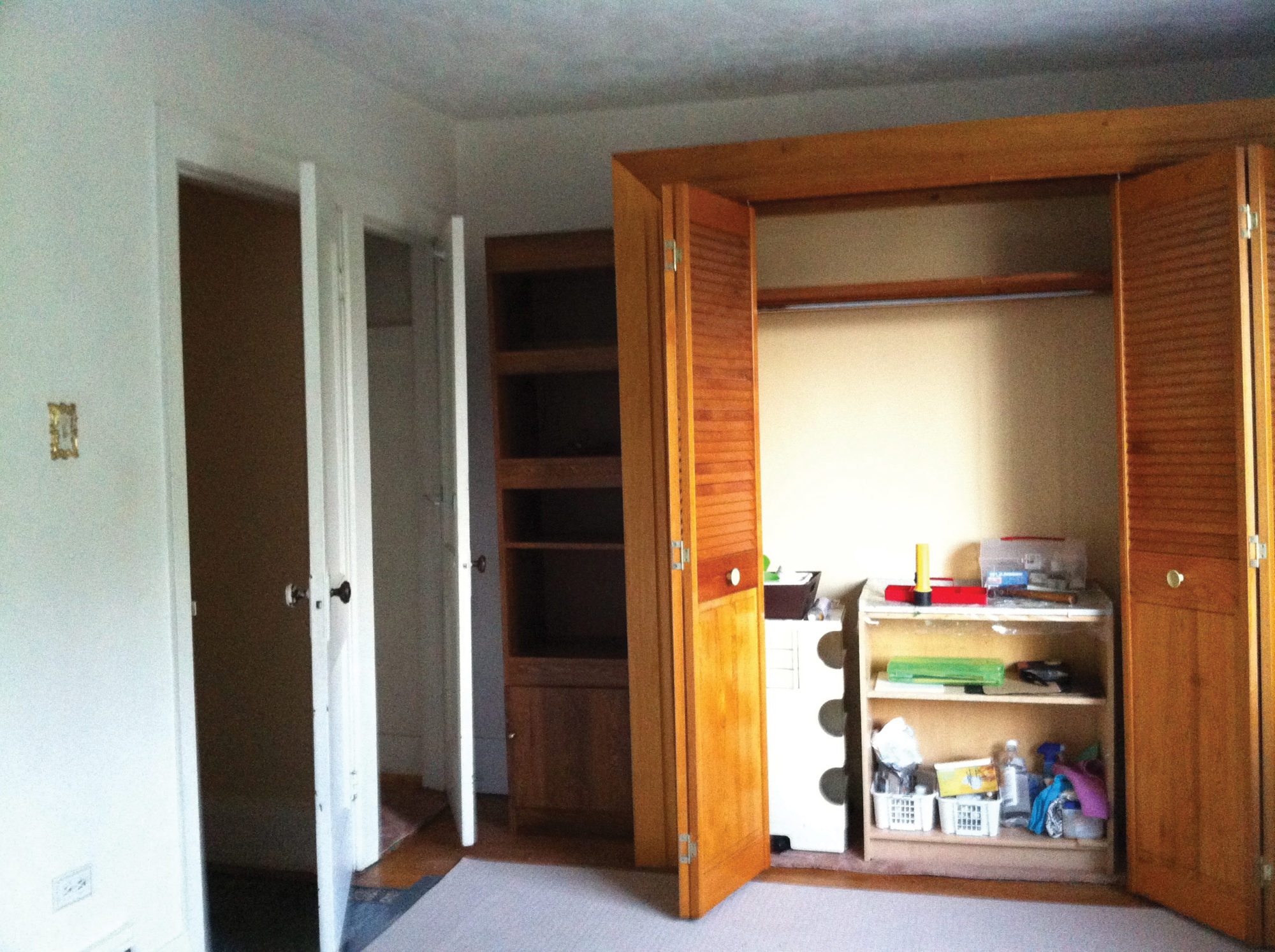 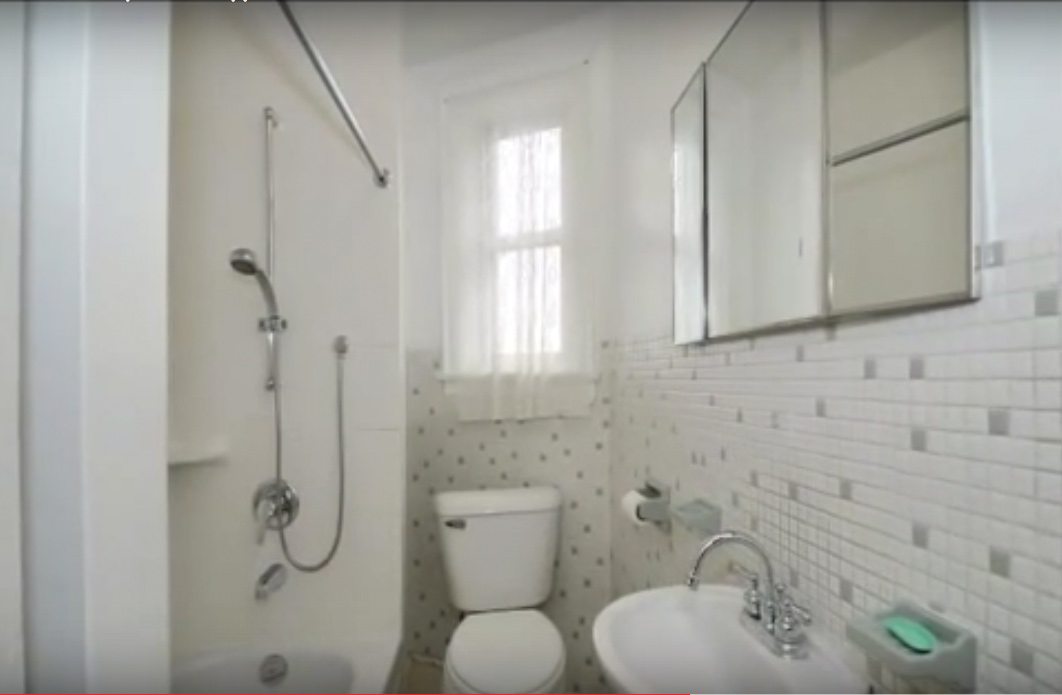