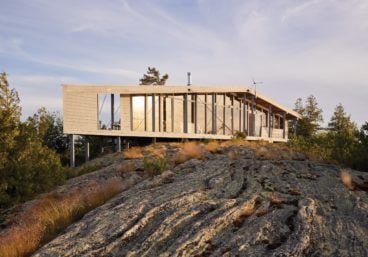 As a boy, John Stark loved spending summers swimming in Georgian Bay, off his family’s private island. And so, when an island 12 kilometres from his parents’ place hit the market in 1978, he pounced. The two-acre chunk of wind-bent pines and granite came with three old cottages—but John, the president of Stark Architects Inc., wanted to create something of his own.

A few years later, he gutted the main structure and ferried some construction materials over from the mainland. He was able to complete a rebuild in six weeks. The result is a glass-lined retreat that blends perfectly with its natural surroundings, to the extent that it’s difficult to spot from the water. He eventually updated the island’s other two buildings as well. One of them is now a master bedroom suite for him and his wife, Chris, complete with an outdoor shower; the other is a three-bedroom guest cottage, where their children and grandchildren stay when they visit.

Island life is not without its challenges. Massasauga rattlesnakes and roving black bears occasionally swim over from the mainland, and the place is susceptible to lightning strikes (one set the guest cottage ablaze). When John and Chris run out of supplies, they have to take a boat to the mainland and then drive to Parry Sound, 25 minutes away. But there are enormous upsides: strong winds off the water make it hard for mosquitoes to spawn, and those same gusts spin the island’s wind turbine, powering the compound. The deep waters around the island are perfect for diving and for family kayak outings.

At 72, John is still passionate about cottages, and he frequently designs them for clients of his firm. He works from his own cottage’s glassed-in office, where, thanks to the wraparound windows, he can watch the sunset in the west and the moonrise in the east.

The kitchen backsplash, designed by Dano Harris, an Ontario craftsman, is a slab of raw steel with a coating of wax, meant to gradually weather over time. John doesn’t stain wood unless absolutely necessary, and so the island, installed this year, is au naturel: 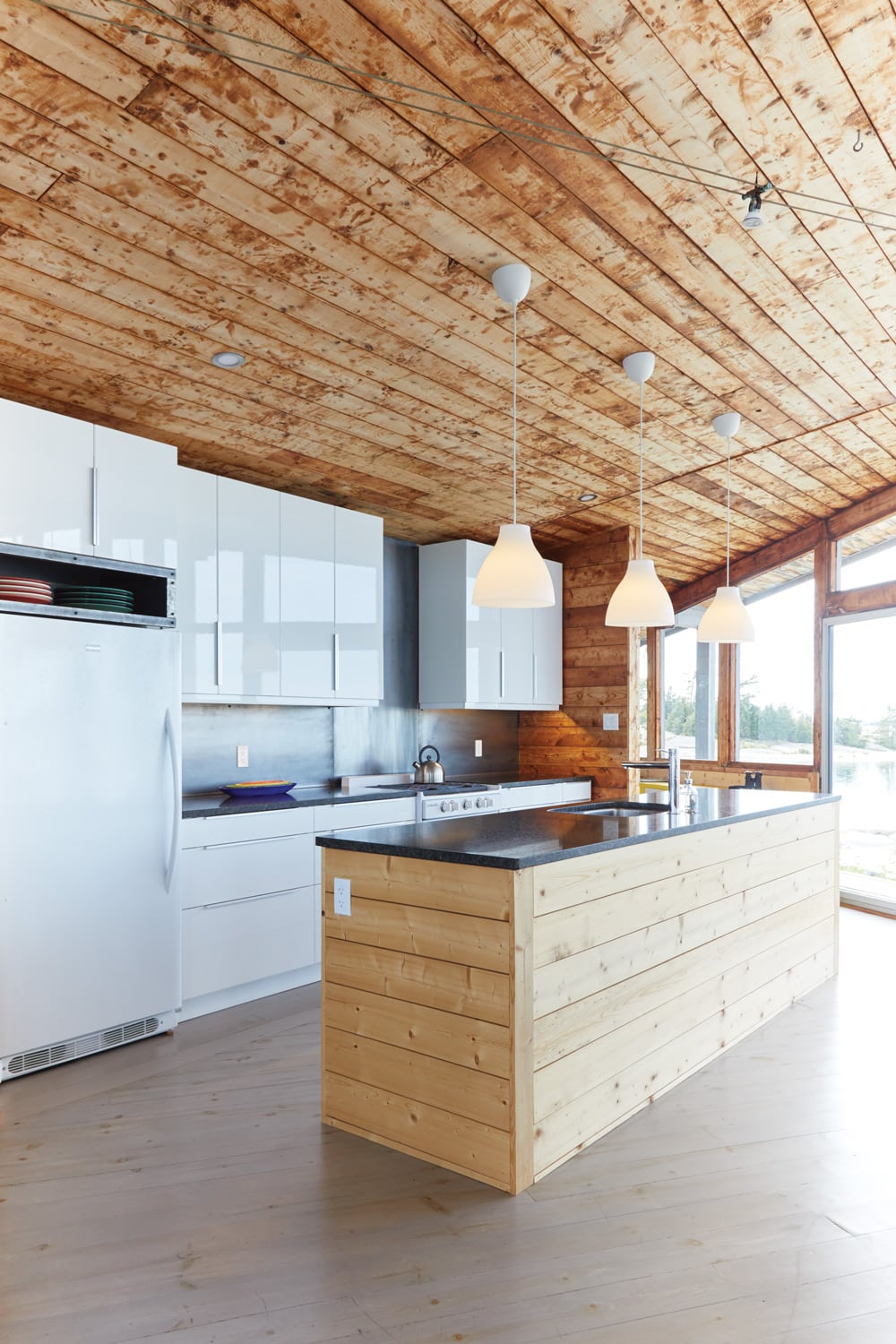 The nine-foot-long banquet table, made in Quebec by artisan Stephan Gagnon, has enough room for the extended family: 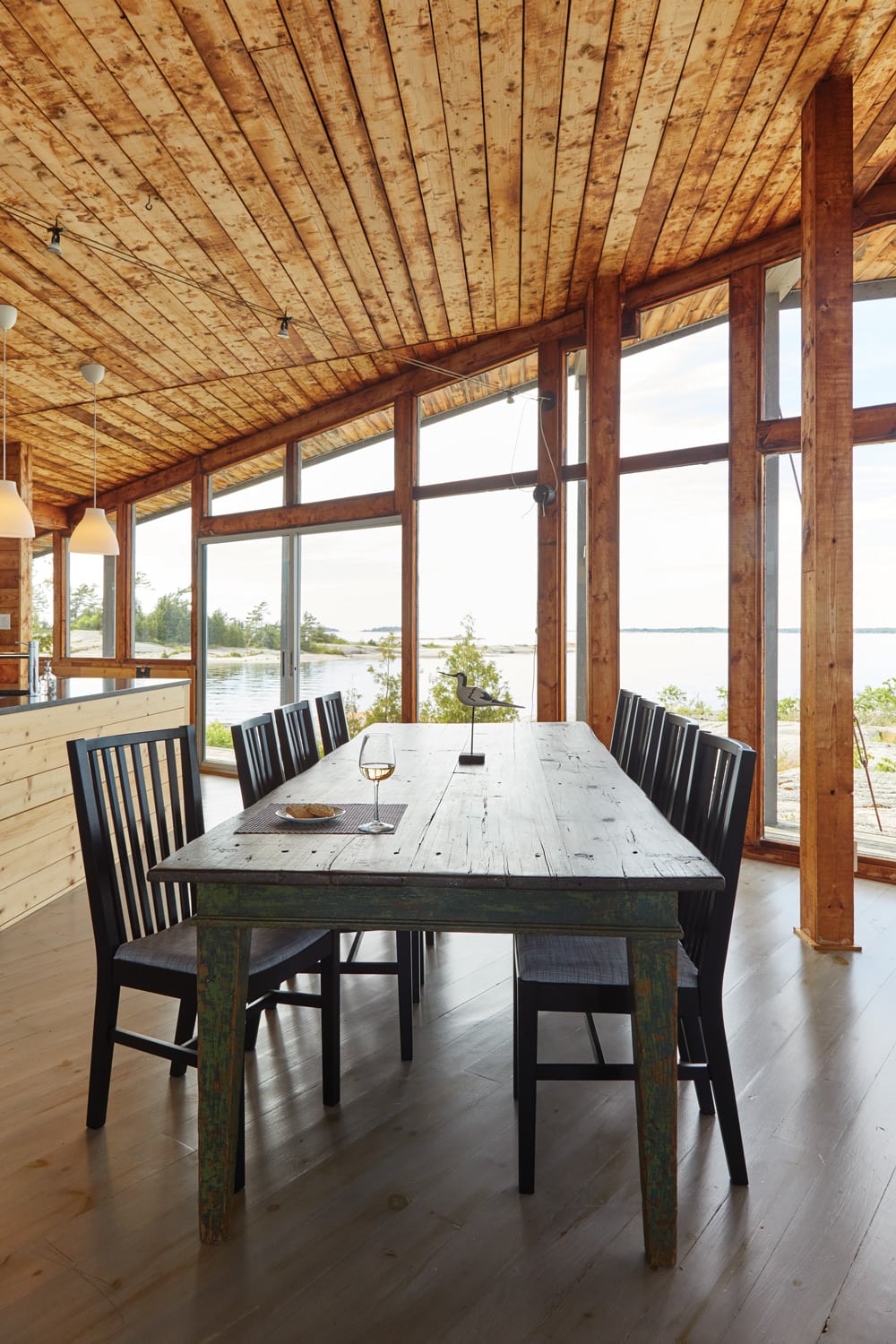 The vegetation on the island is mostly lichen, wildflowers and tall grasses. The master cabin’s outdoor shower has a natural stone floor. Two wooden walls provide some privacy: 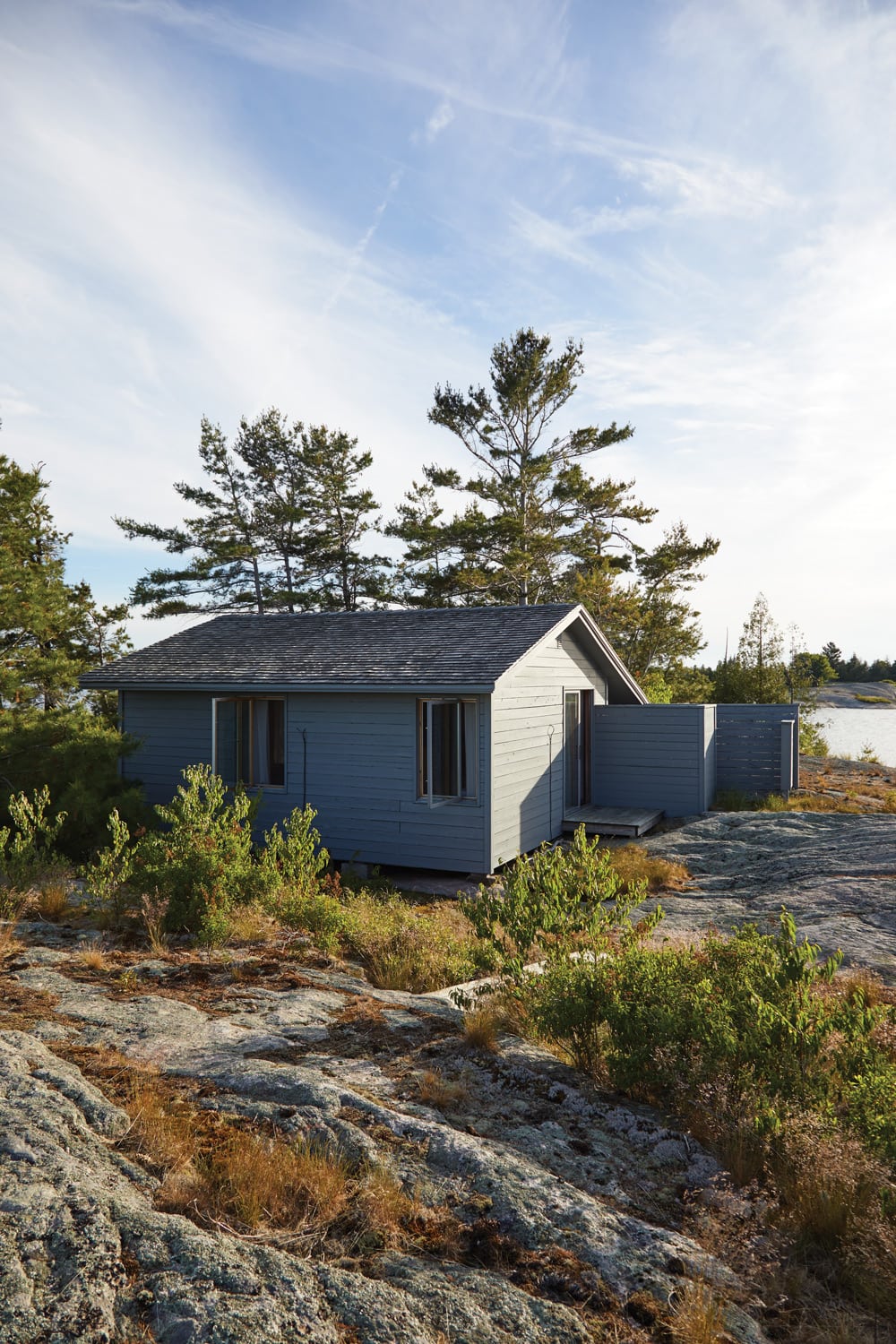 The interior of the cabin has pine floorboards and a set of windows in a corner. There’s a propane stove for cool fall nights. The wishbone chairs are from Structube: 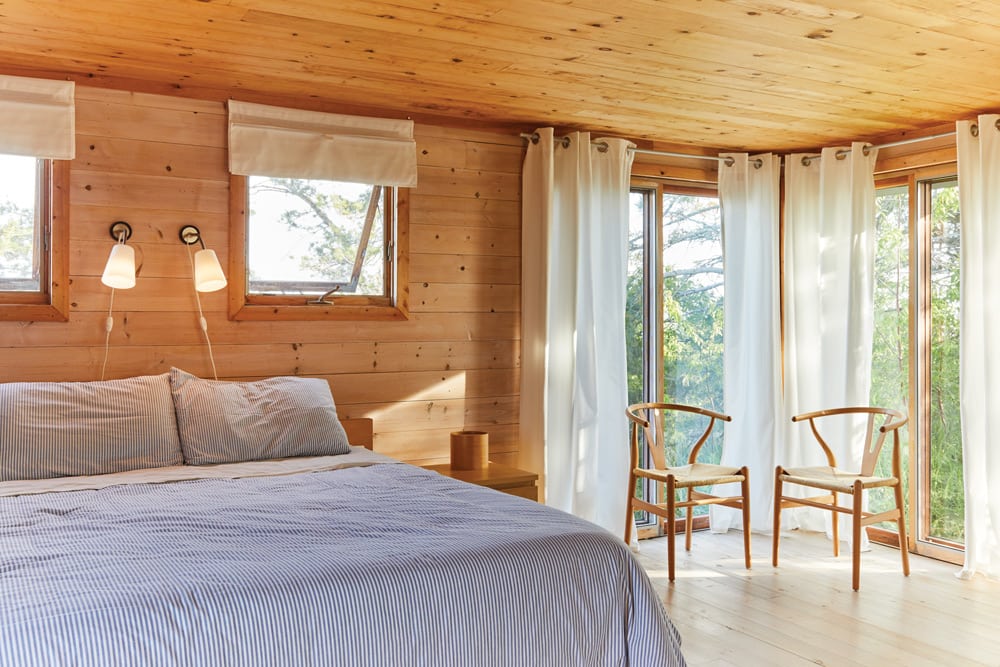 A telescope in the living room looks out onto the water, which is often busy with cruise ships and pleasure craft. Once, John spotted a capsized boat and helped rescue a distressed sailor: 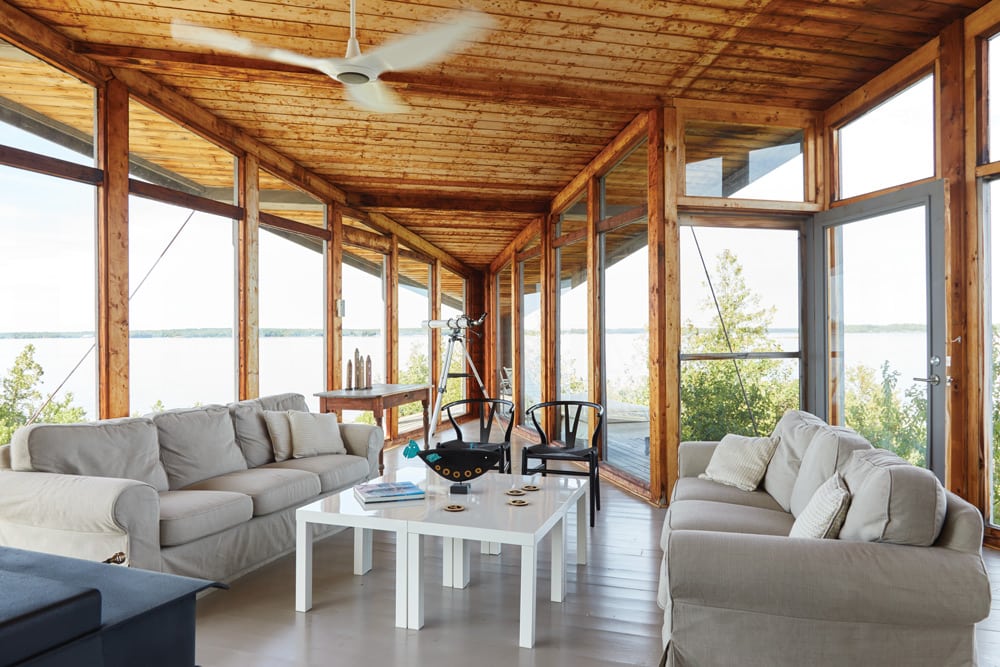