Who: Jelena Nero, 40, claims manager at an insurance company; Tony Nero, 44, mortgage fund manager; with their kids Amelia, 10 and Luca, 8. 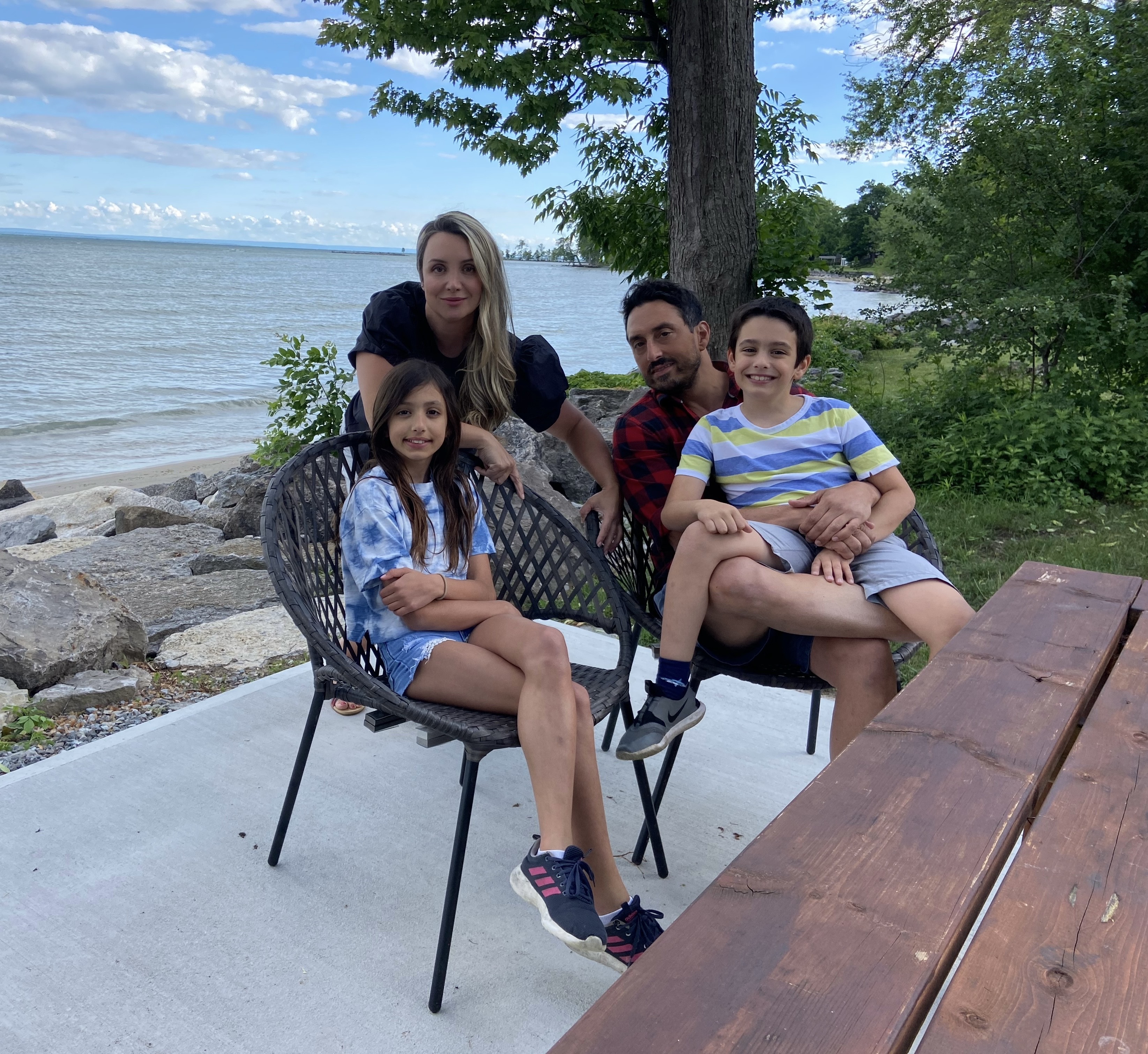 After getting married in 2009, the couple eventually had two kids, Amelia and Luca. During holidays and summers, the Neros would often visit Tony’s family in Niagara Falls.

The Neros enjoyed escaping the city to bike Niagara region’s trails and canoe on the Niagara River. So in April 2016, they decided to search for a cottage in the area.

One month later, they came across a five-bed, two-bath cottage in Ridgeway, a tiny town located a 20-minute drive south of Niagara Falls and less than two hours from Toronto. 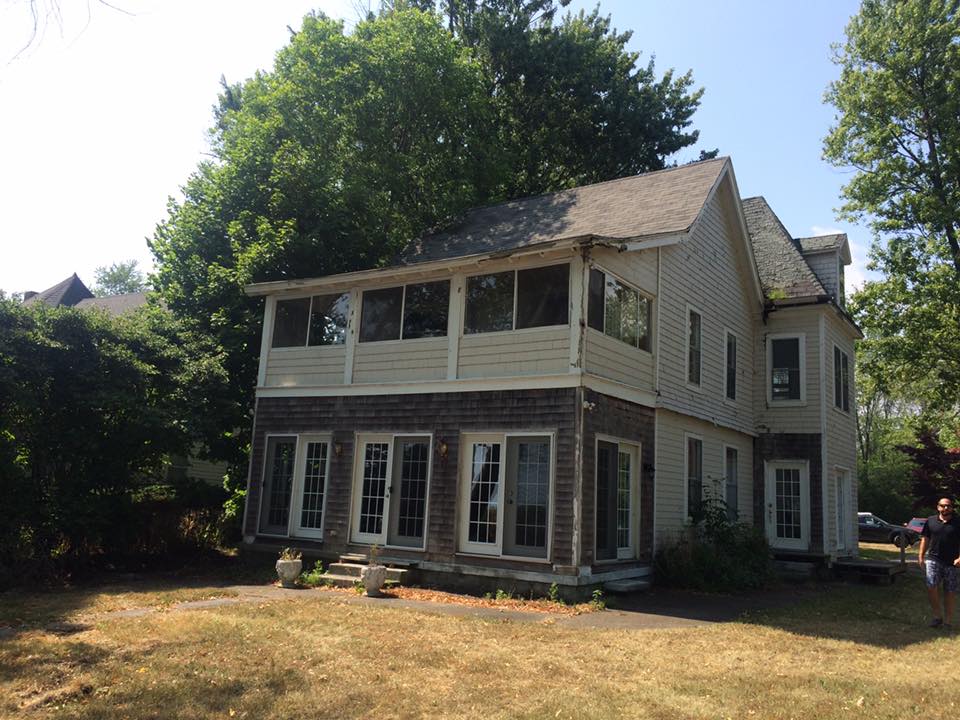 Sited on a secluded nearly two-acre lot right on Lake Erie, the cottage had a Cape Cod–style façade with a gabled roof and white wood exterior. The property came with a front-facing lake view and a beautiful sandy beach. Inside, the cottage had 2,900 square feet of living space spanning three storeys.

In May 2016, the Neros bought the place for $460,000, considerably cheaper than similar-sized cottages in Muskoka. However, the century-old property required extensive renovations. Over the next year, the Neros installed a new roof and vinyl siding, and replaced the septic system and HVAC. They also added a garage and a pool.

The move: The Neros spent the next four years enjoying relaxing holidays and summer weekends at their Ridgeway cottage. The kids would paddleboard in the lake while Tony and Jelena lounged on the beach.

The family also frequently made the drive to Niagara Falls to enjoy its restaurants and shops, or crossed the border at the Peace Bridge to attend Bills games in Buffalo.

In early 2020, the Neros were at the cottage for March Break when the government announced the Covid-19 shutdown. Instead of returning home, the Neros opted to remain at their cottage and wait things out. 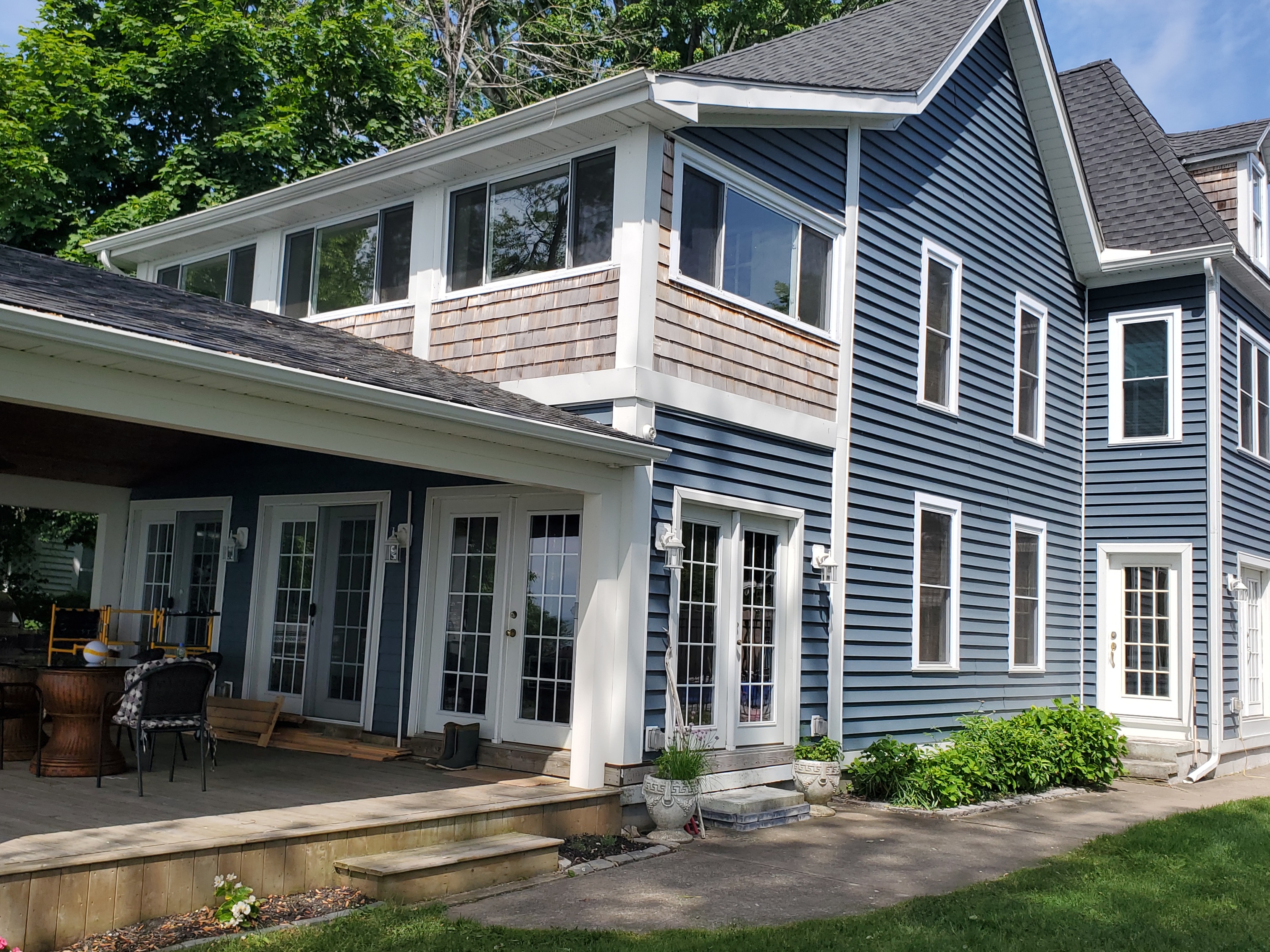 As the shutdown dragged on into April, Tony and Jelena started working remotely from the cottage, and the kids began online schooling. The transition to rural life was more seamless than expected.

Without a work commute, Tony and Jelena could spend more time with their kids. At the end of the day, taking advantage of the extra time together, Tony played ball hockey and soccer with Luca, or the entire family would take a long stroll down the beach. 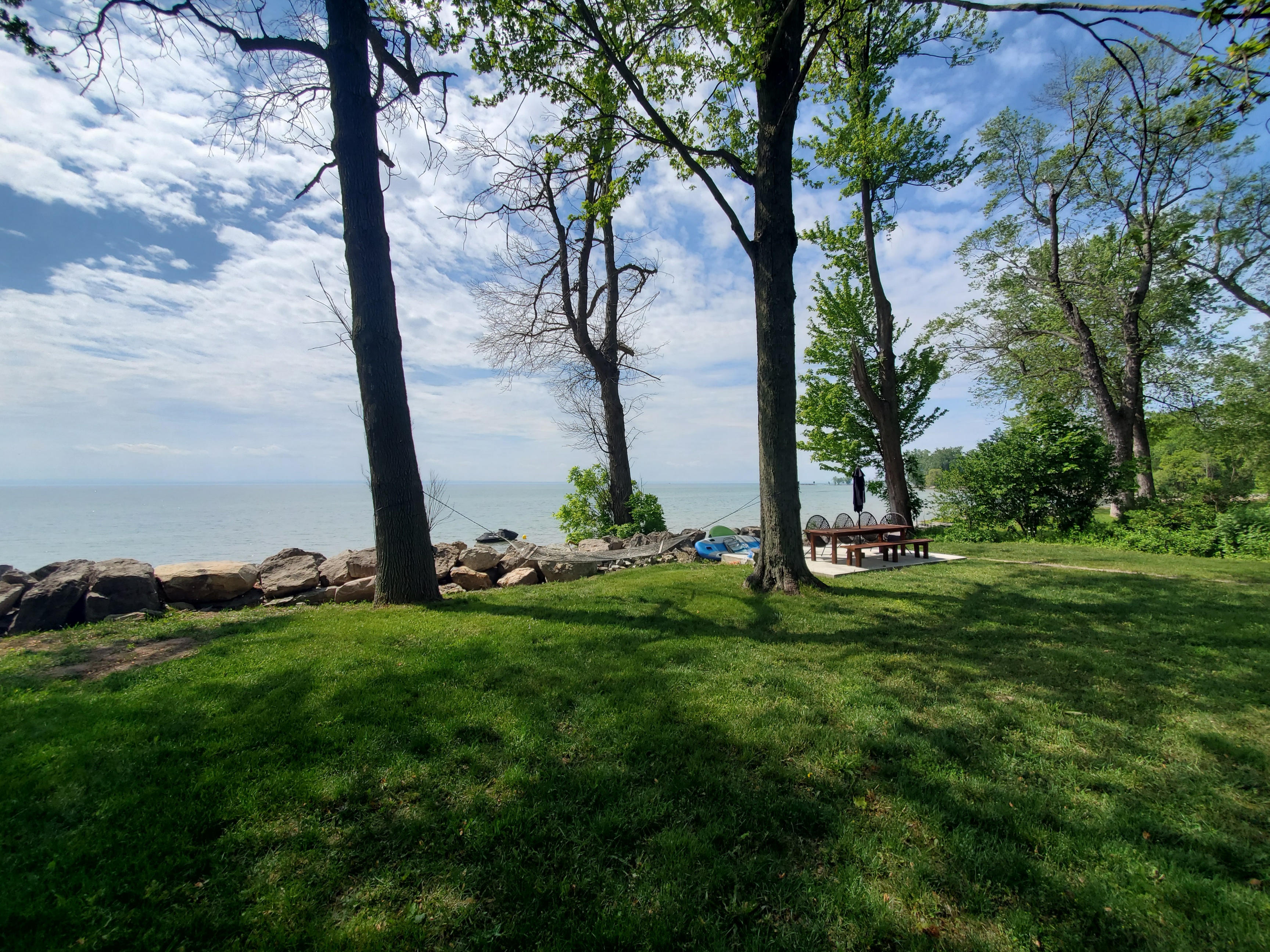 Tony and Jelena also felt safe letting their kids explore the nearby area on their own, something they never felt comfortable doing in downtown Toronto.

The family ended up staying at the cottage for the rest of the summer. Tony converted the kitchen table into a makeshift office, and Jelena and the kids each took over a bedroom for their Zoom calls and assignments. Luckily, the place had great internet.

When the Neros returned to Toronto for the start of the new school year in September, they felt like strangers in their own home. They missed the peace and quiet of Ridgeway, and waking up to a view of the lake every morning.

When Ontario entered yet another lockdown during the Christmas break, the Neros returned to the cottage. Their kids were back in online schooling, and remote work was going well. So Tony and Jelena wondered if they could just sell their Toronto semi and move permanently to Ridgeway.

The Toronto real estate market was red hot, so they felt it was the perfect opportunity to make the move. Tony and Jelena both made arrangements with their companies to work remotely full time. The couple also enrolled their kids in a Fort Erie school—located close to their cottage—for the start of the next academic year.

In April 2021, they listed their Toronto house for $1.2 million. The Neros aimed to get upwards of $1.6 million, based on comparable listings in the neighbourhood, but hoped the low listing price would attract more offers. Their plans were slightly compromised when the province announced a third stay-at-home order, which limited the number of possible showings, but Neros still received four offers.

In May, they sold the house for $1.45 million, which they planned to put toward savings and a new round of renovations for their cottage. The Neros believed they could have gotten more if not for the stay-at-home order, but still celebrated being one step closer to making their move a reality.

The outcome: The Neros’ Toronto house closes on July 15. They’ve spent the past four months updating the cottage’s kitchen and replacing the flooring throughout. They also built a covered deck with a view of the lake.

The Neros will miss the convenience of walking to the local Metro for groceries or Capital Espresso on Queen for a cup of coffee, but they’re looking forward to being able to walk on the beach or bike on nearby trails. They plan to visit Jelena’s family and friends in the city as much as possible.

Tony is happy that his kids are now able to experience a similar upbringing to his, close to his family and childhood friends in Niagara Falls.

Without the pandemic, the Neros think they would have never left Toronto. Lockdown made them realize they could make things work at the cottage, which offered the beauty and seclusion of a rural setting.