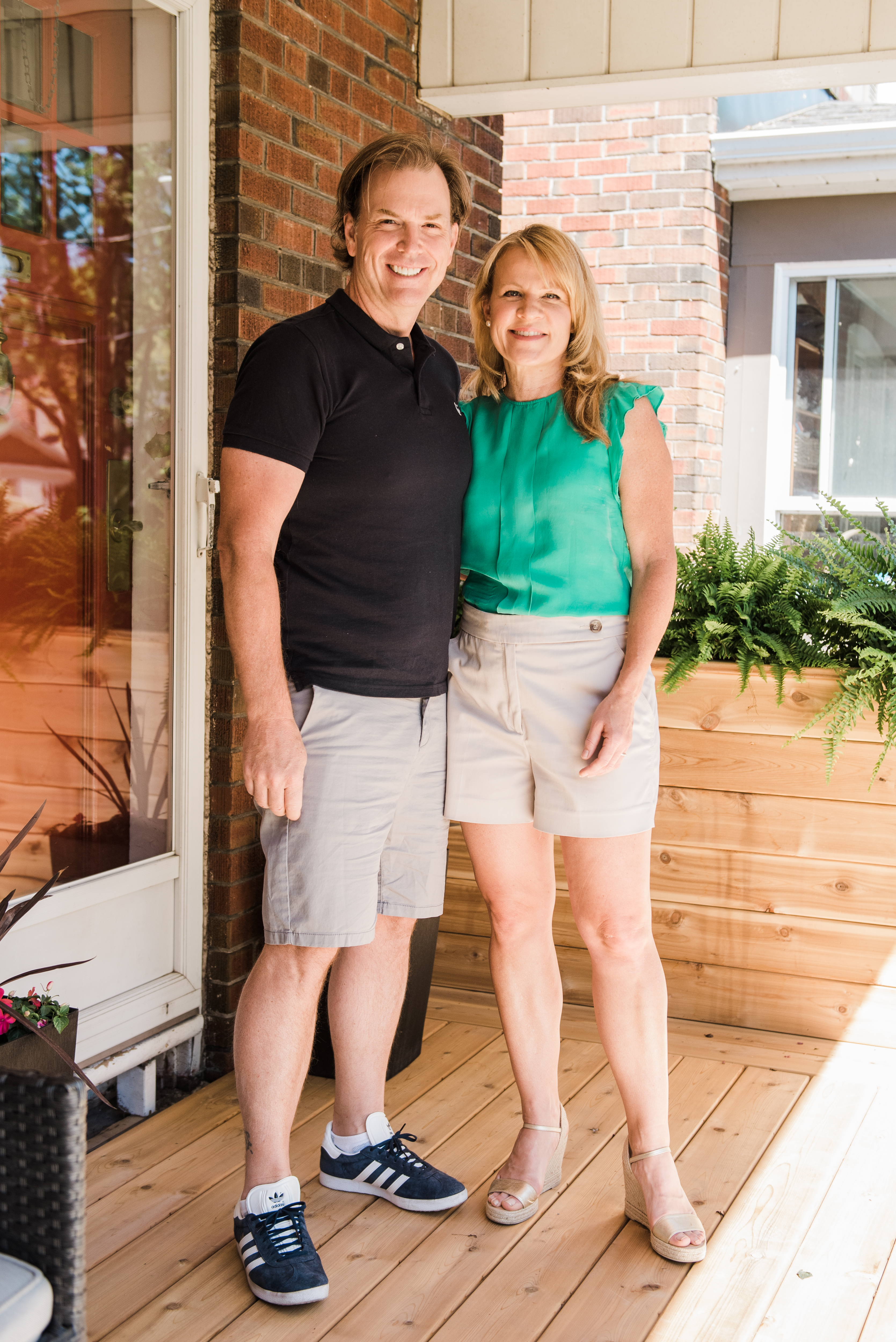 The story: In early 2021, Bryan and Kathryn were both living in one-bedroom condos. Bryan owned his unit in Etobicoke, and Kathryn was renting at King and Shaw. The couple knew they wanted to buy a house together within the next few years, but watching the real estate market climb during the pandemic, they worried they’d be priced out if they didn’t move quickly. So they set a budget of $1.3 million and went looking for a three-bed, two-bath detached with parking, a backyard and plenty of storage. Being close to the lake was also high on their list, since they enjoy running and cycling by the water. They’re also avid paddleboarders. 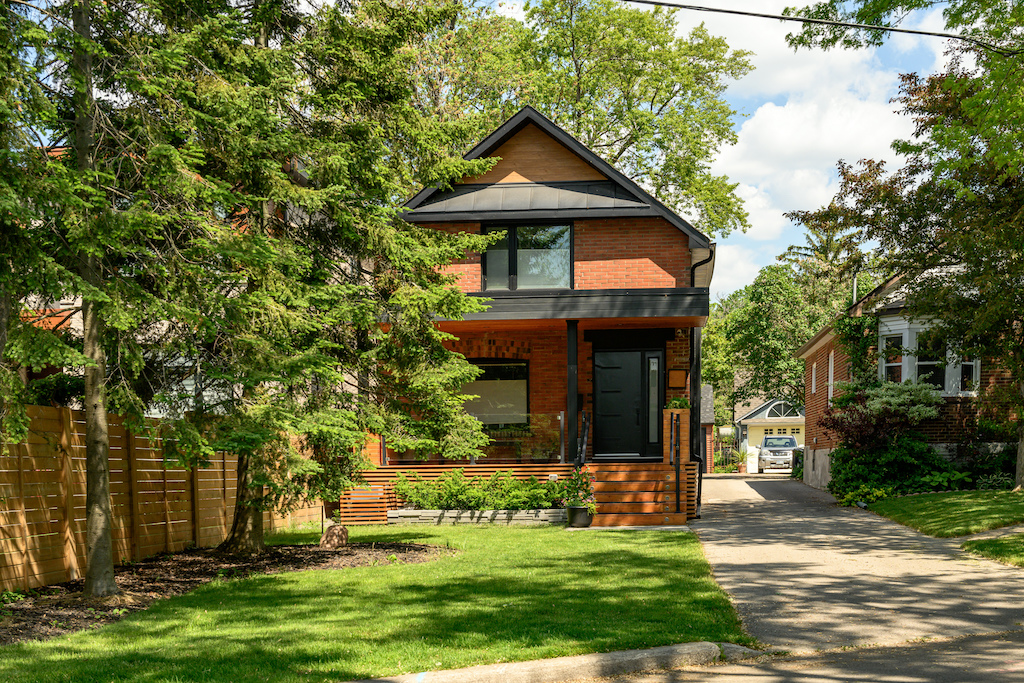 In February, Bryan and Kathryn viewed this two-bed, two-bath detached in Long Branch, only a five-minute walk from the water. On the inside, at 1,700 square feet across three storeys, it was move-in ready. The place didn’t have a third bedroom, which the couple wanted for a home office, and there wasn’t much storage, but they were willing to overlook those flaws because of the location. The couple put in an offer at $1,421,000, more than $220,00 above asking. After a brief bidding war, they lost out by $12,500, so they shifted their focus to the east end.

Brookside Drive (near Woodbine and Gerrard) 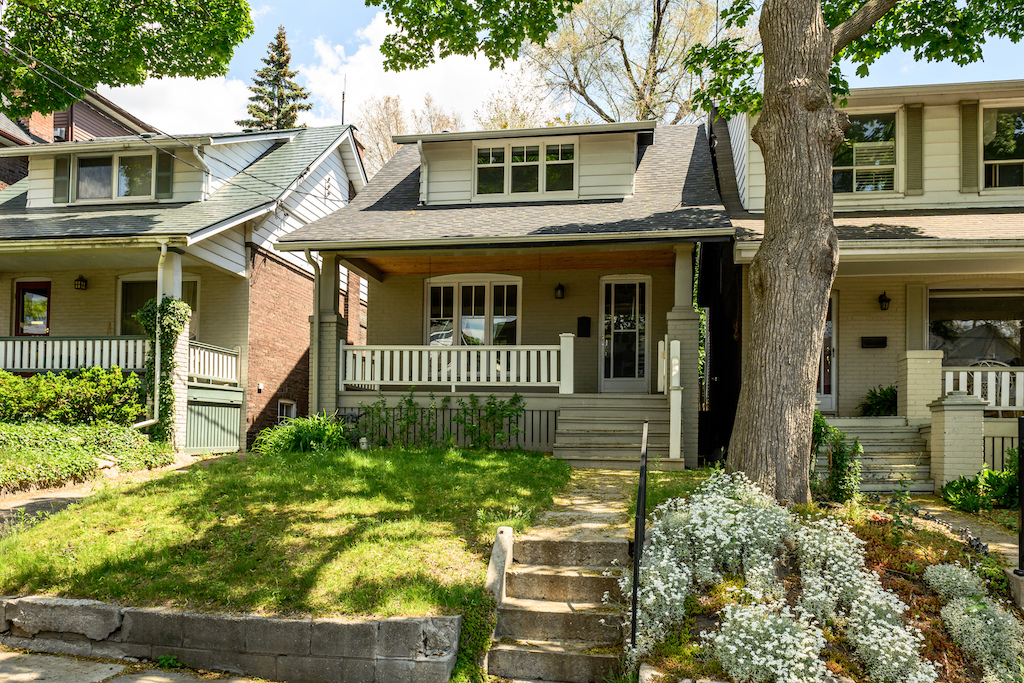 The following week, the couple found this two-bed, two-bath detached in Beach Hill, located a 30-minute walk from the beach. Kathryn particularly loved its open-concept kitchen, which had lots of natural light and French doors that opened onto the back deck. But the place didn’t have that third bedroom, it lacked storage, and the parking spot in the back could only be accessed through a narrow laneway. Plus, the couple figured the $1-million listing price would spark a vicious bidding war. In the end, they moved on without making an offer. 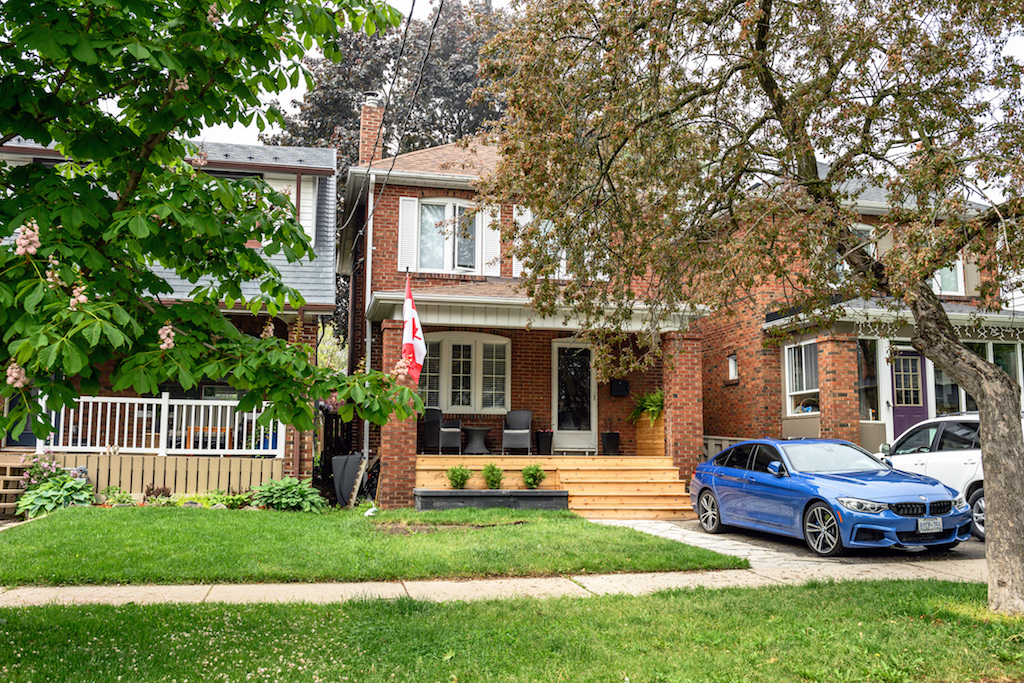 In late February, Bryan and Kathryn came across this two-storey, red-brick detached house in New Toronto, only 400 metres from the water. With three beds, two baths, a parking spot and ample storage, it met all their requirements, so they went for it. On February 25, the couple made a bully offer at $181,000 over asking, hoping to avoid a bidding war. The seller turned them down, but an extra $40,000 and a quick three-week close did the trick. This summer, Bryan and Kathryn are looking forward to running and cycling on the waterfront trail, and paddleboarding on the lake.