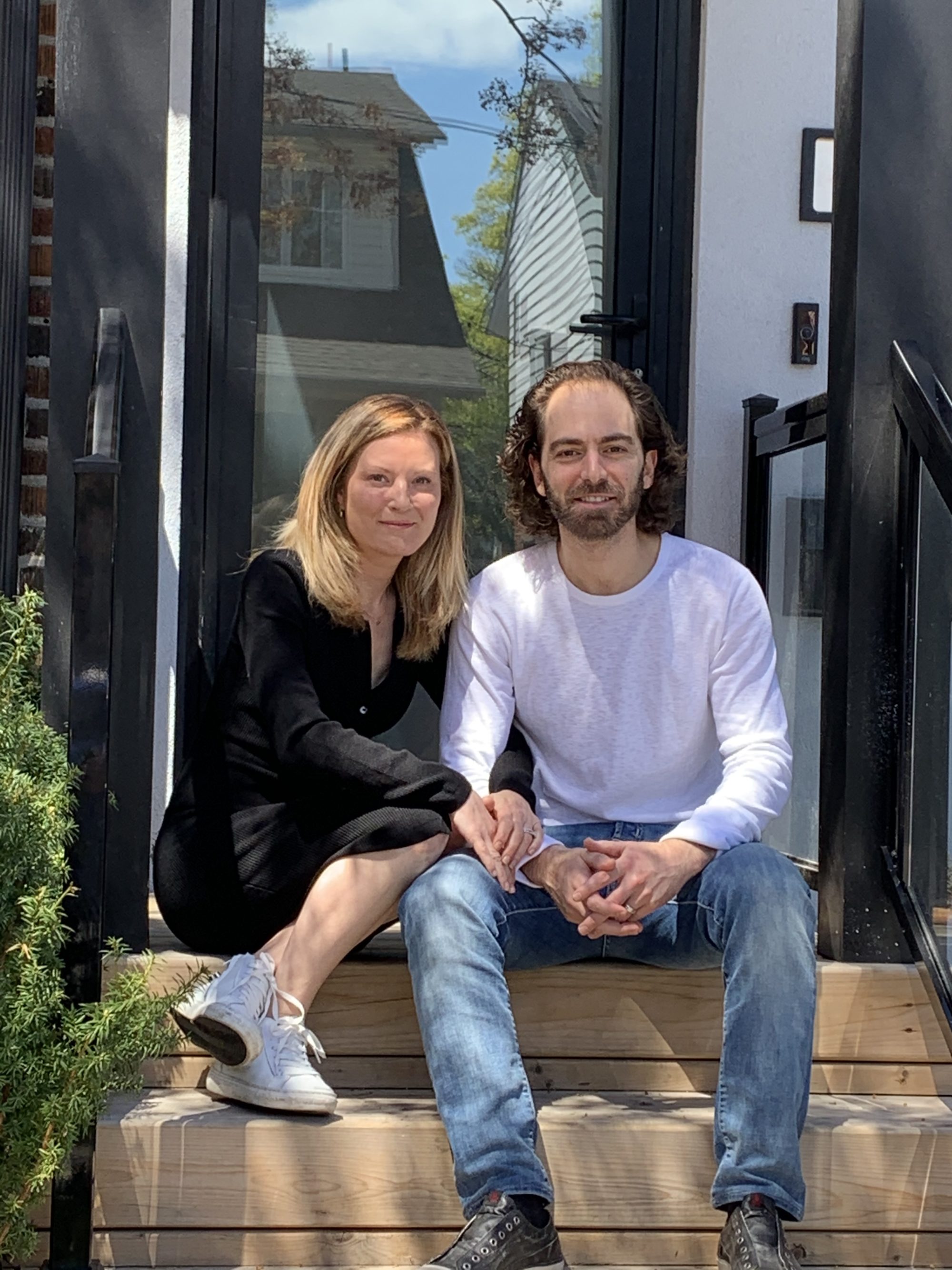 The place, originally built in 1926, had 1,800 square feet of living space spread across two storeys. Inside, the floors and cabinetry were a bit dated, but Shelby and Kobi planned on doing some upgrades.

Over the next four years, the couple had two kids. Shelby stayed home with them and Kobi would hop onto the Eglinton subway, a three-minute walk from their house, then take a 15-minute ride to his downtown office. The family liked the area because there were plenty of other young families.

In 2018, eager to update the home, Shelby and Kobi did a major renovation, tweaking the exterior and completely gutting the inside.

During the 15-month reno job, the family moved out and rented a three-bed house in Bathurst Manor for $3,700 a month. It was closer to Olivia and Ethan’s school, where Shelby is a substitute teacher.

They enjoyed living temporarily in Bathurst Manor, which was really peaceful compared to the endless LRT condo construction at Yonge and Eglinton. In June 2019, they moved back into their renovated home. Here’s how it turned out: 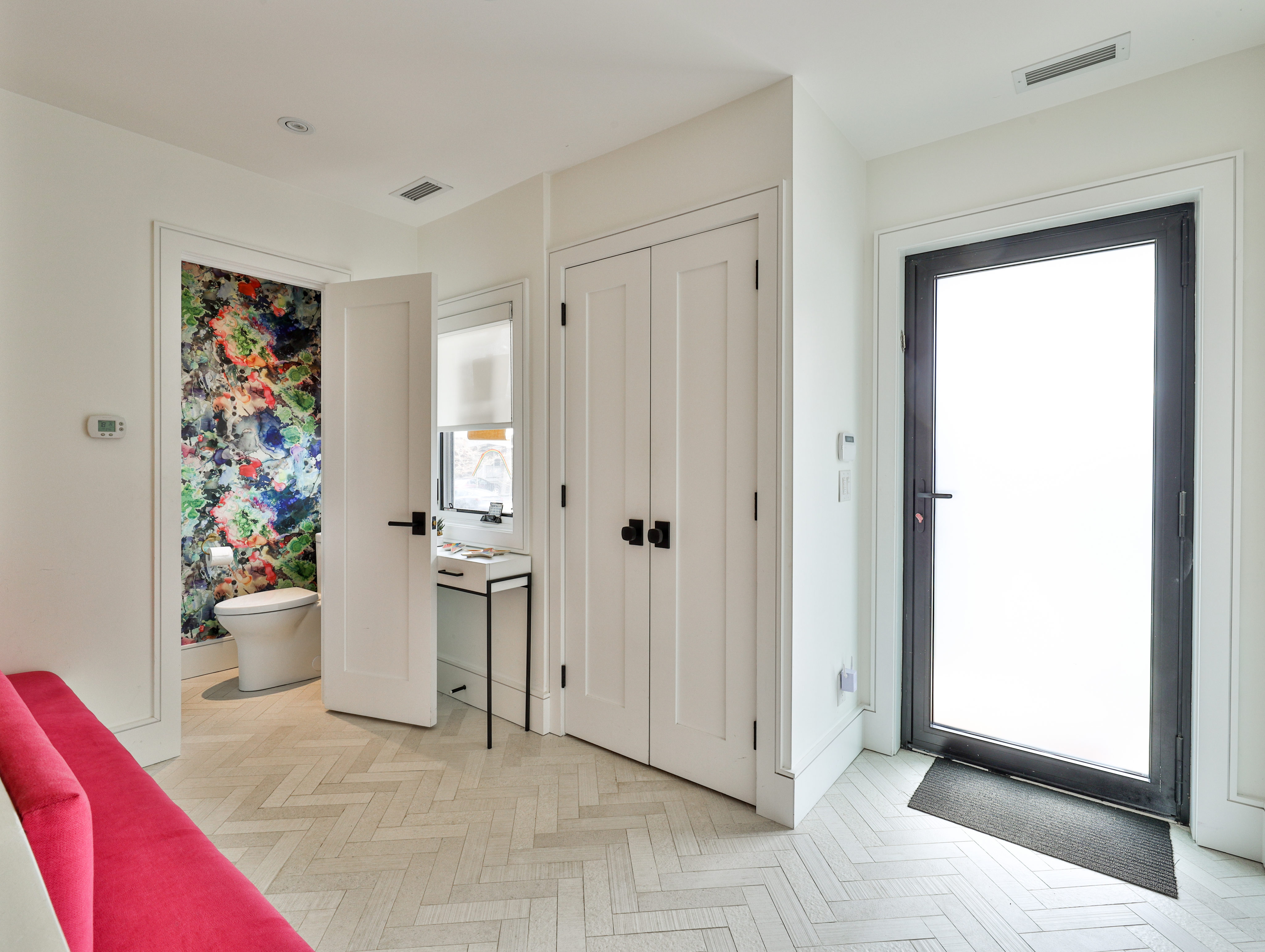 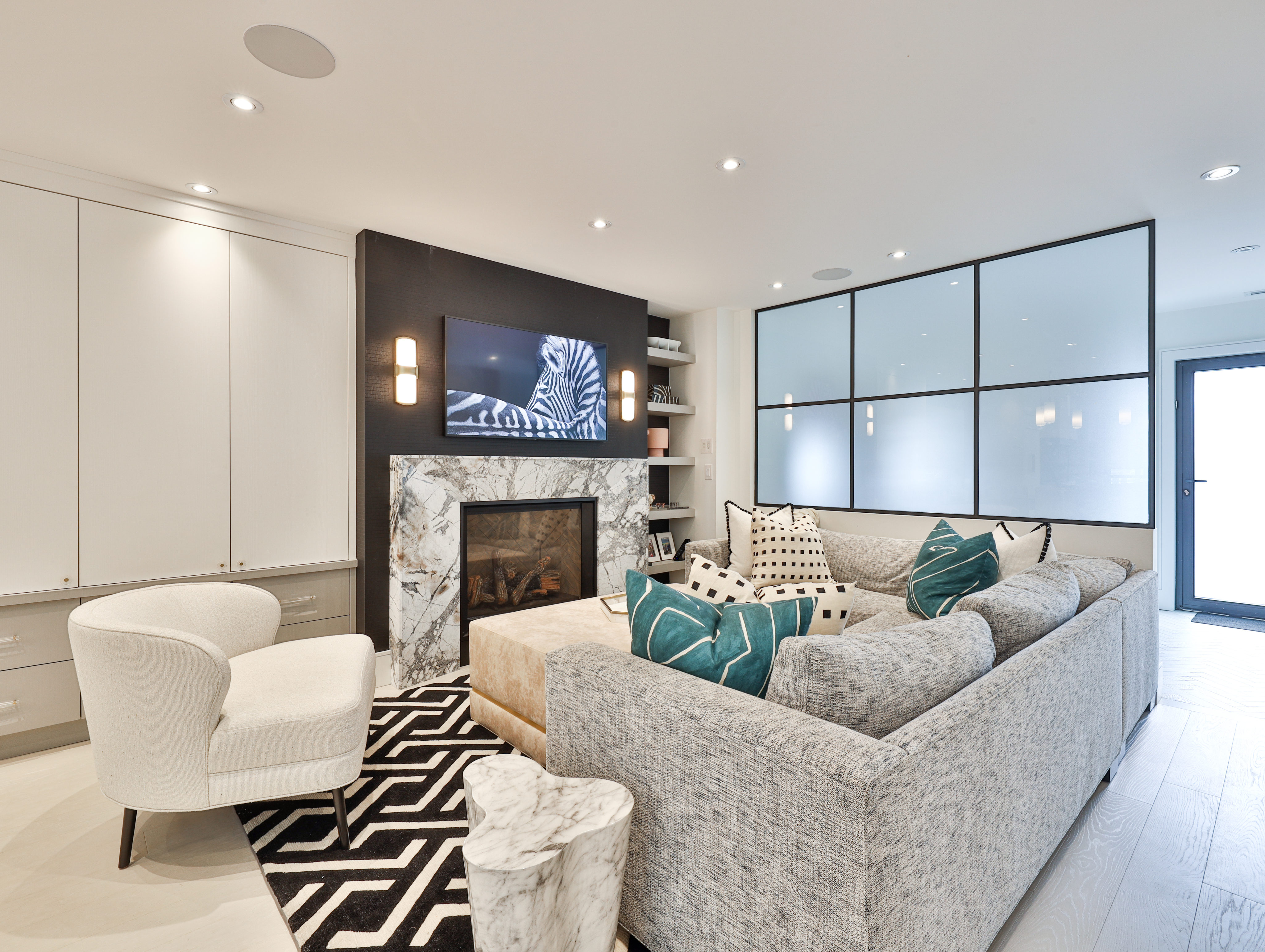 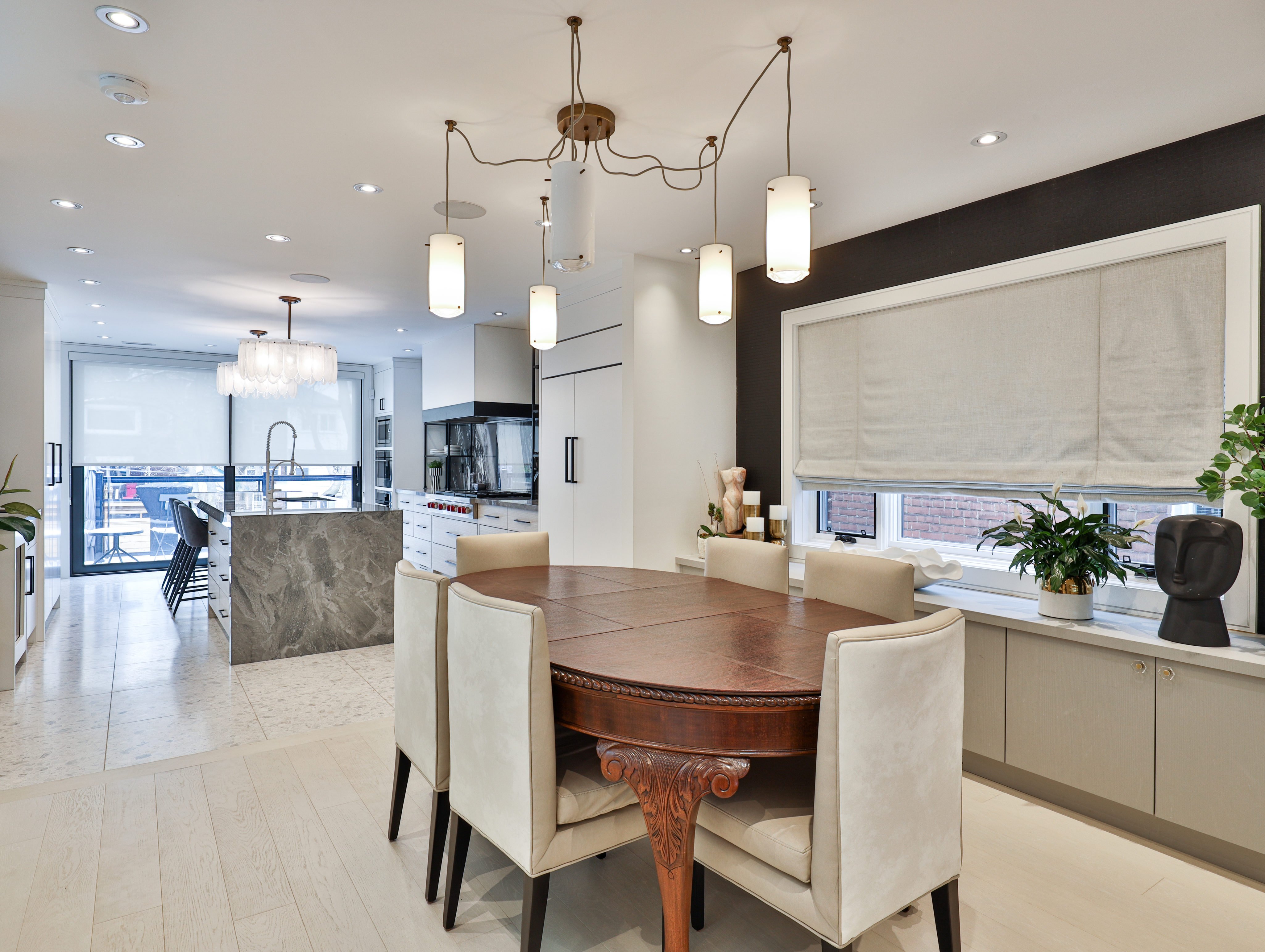 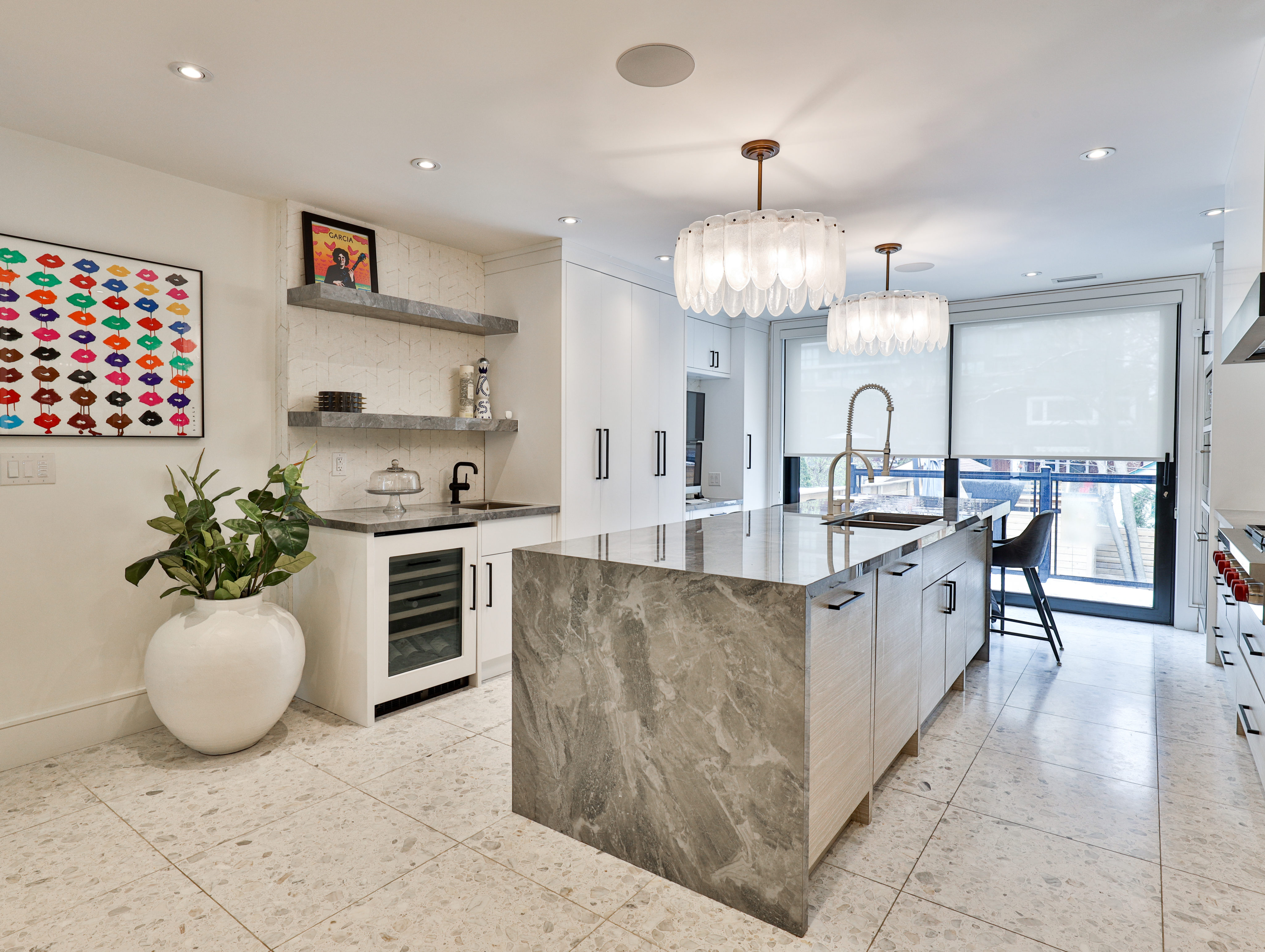 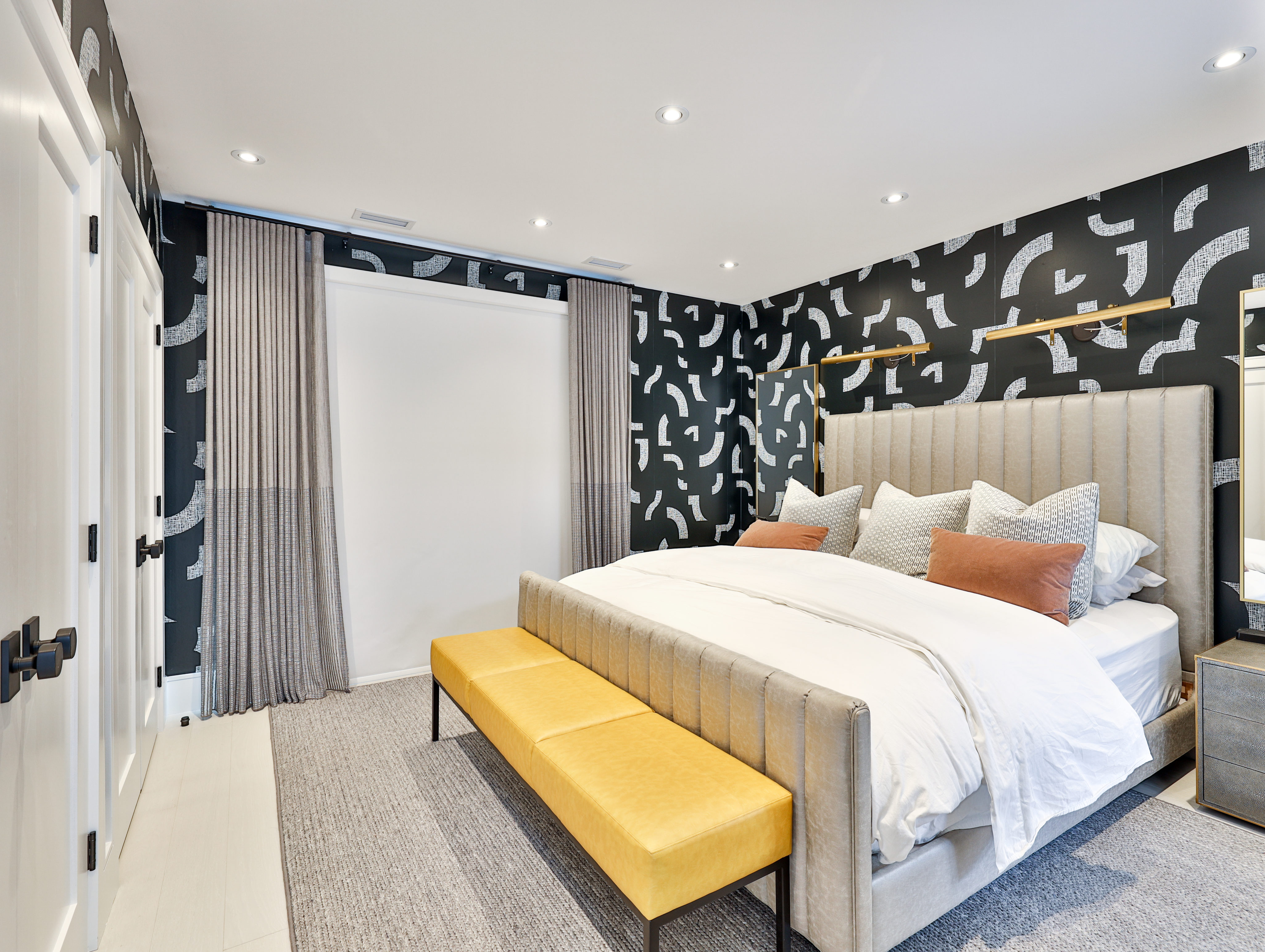 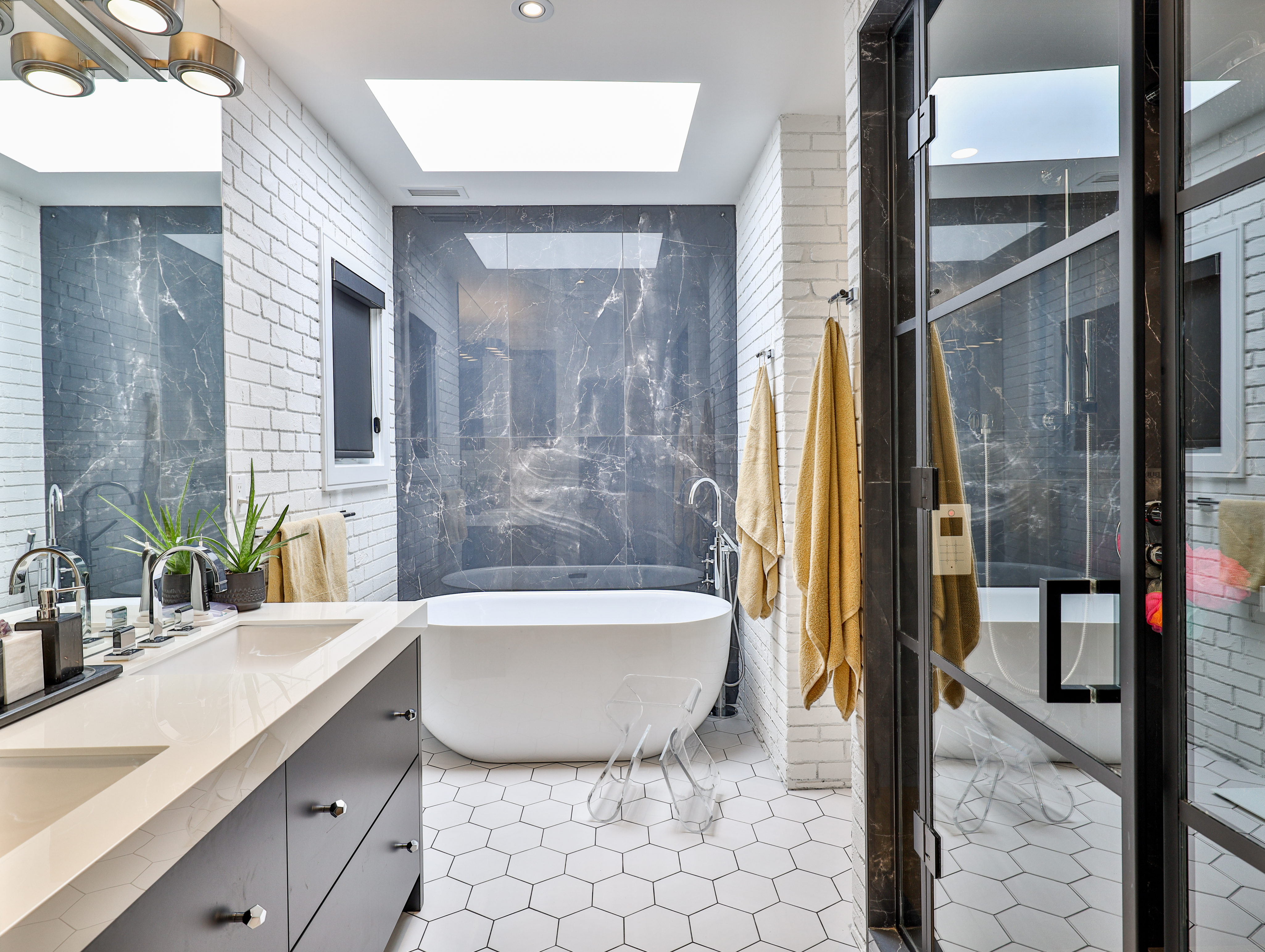 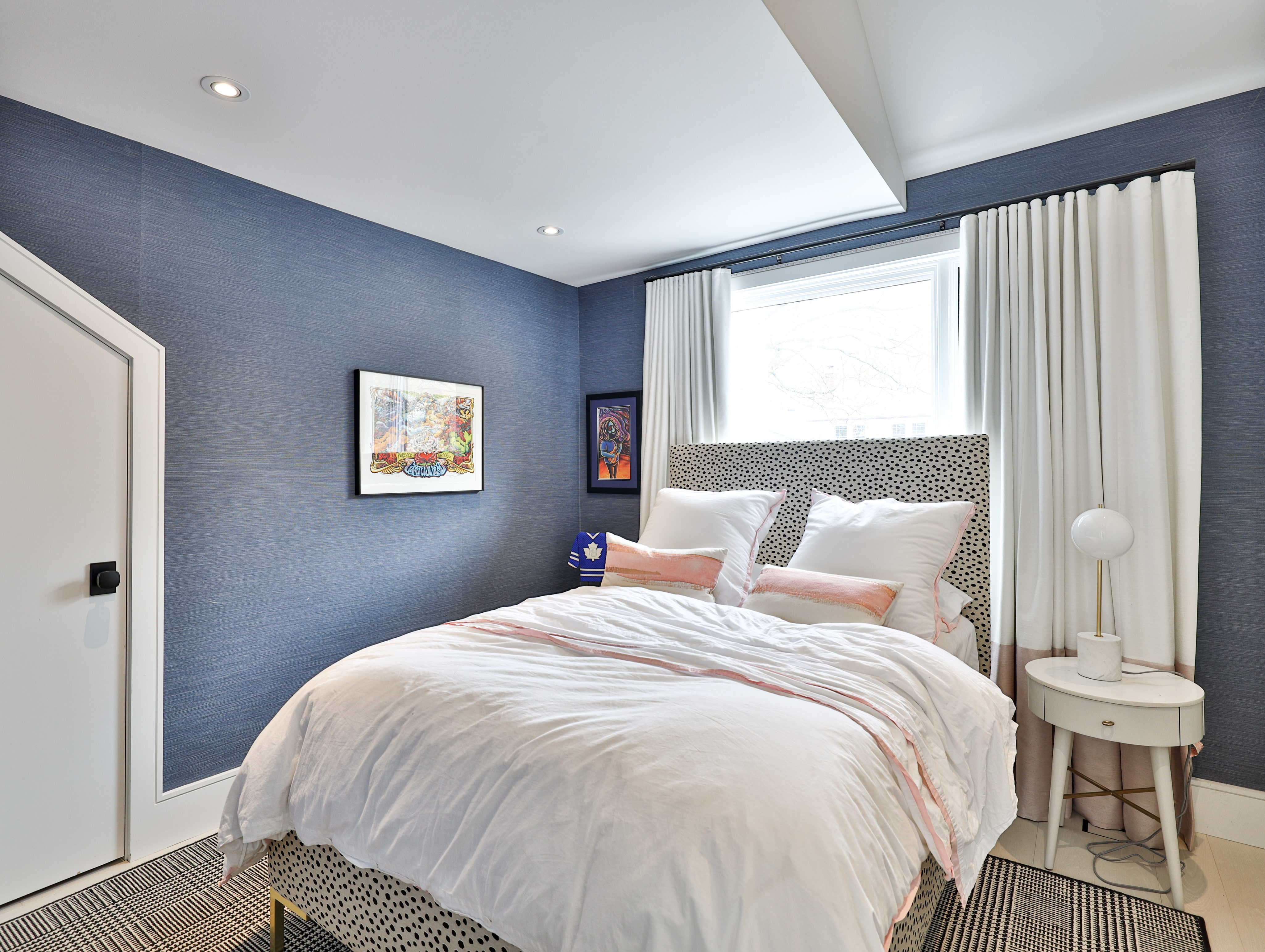 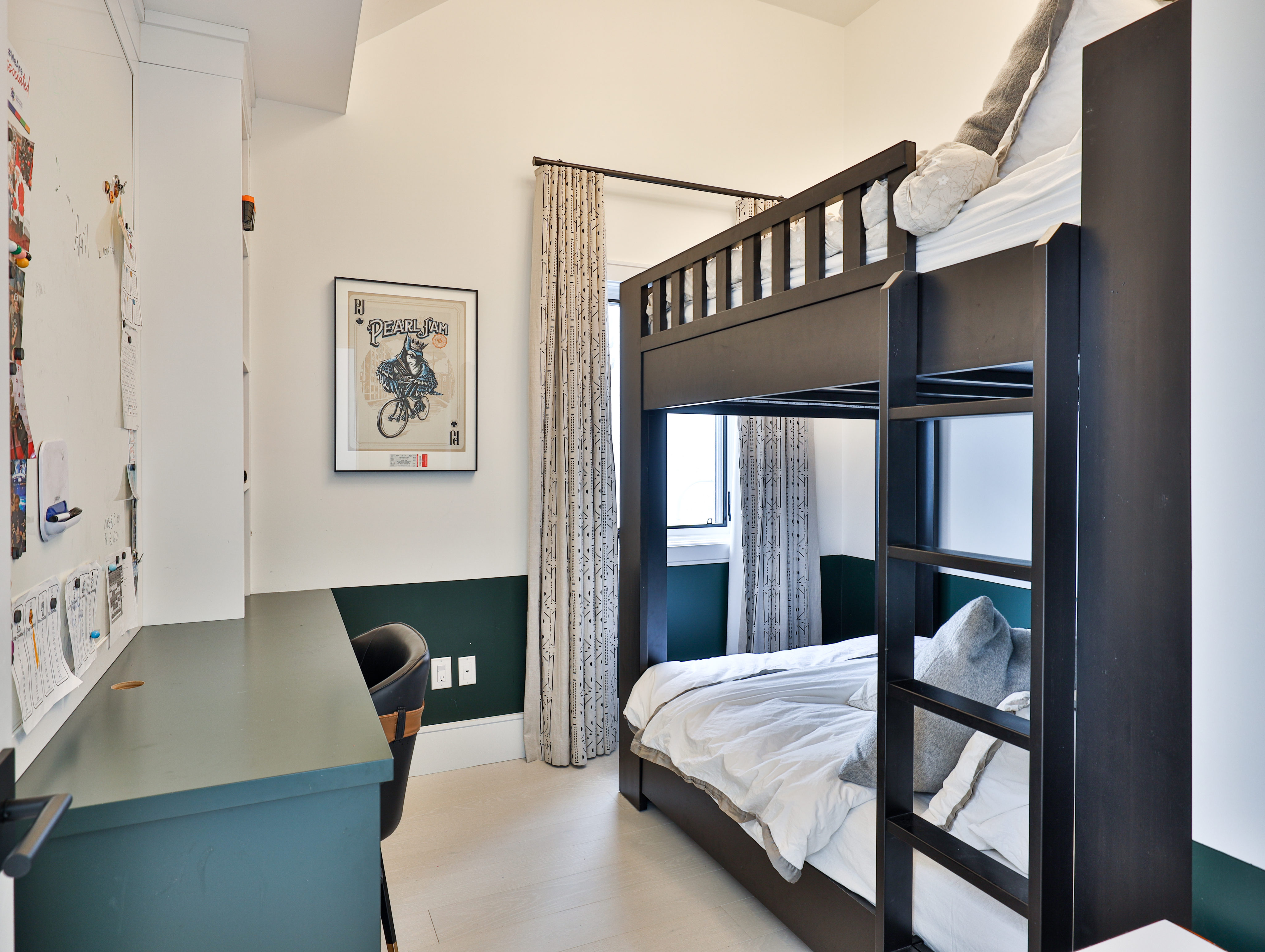 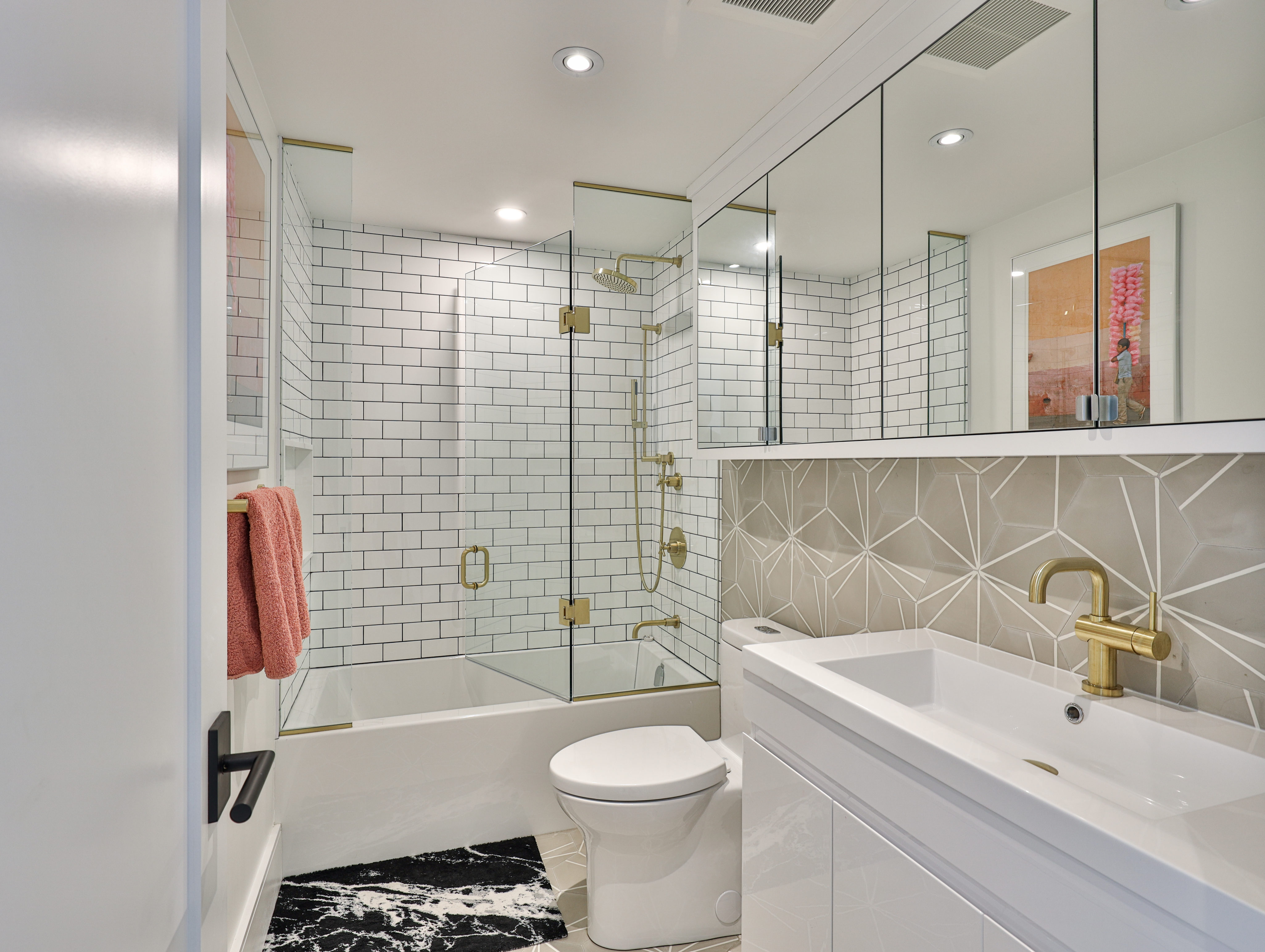 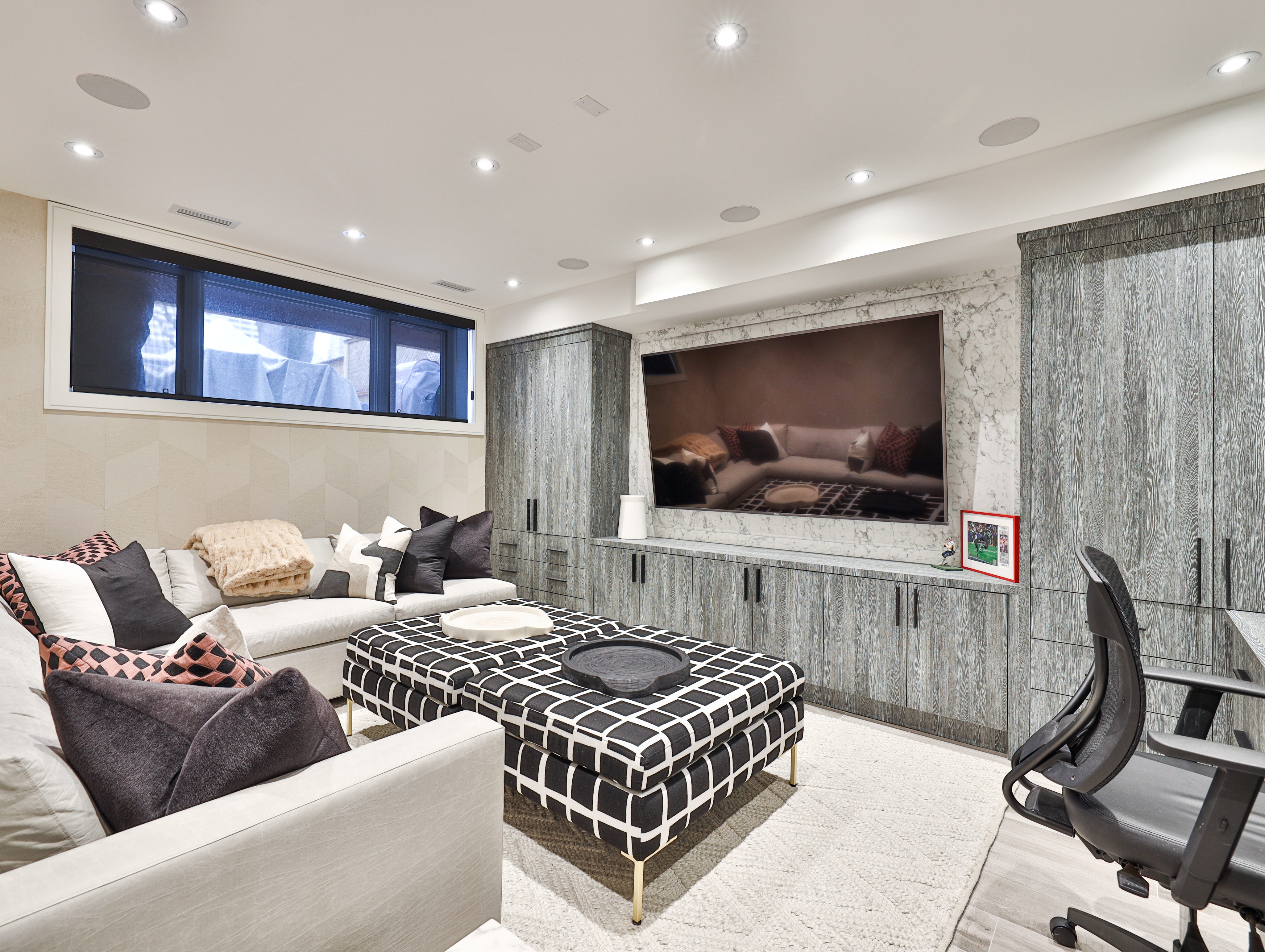 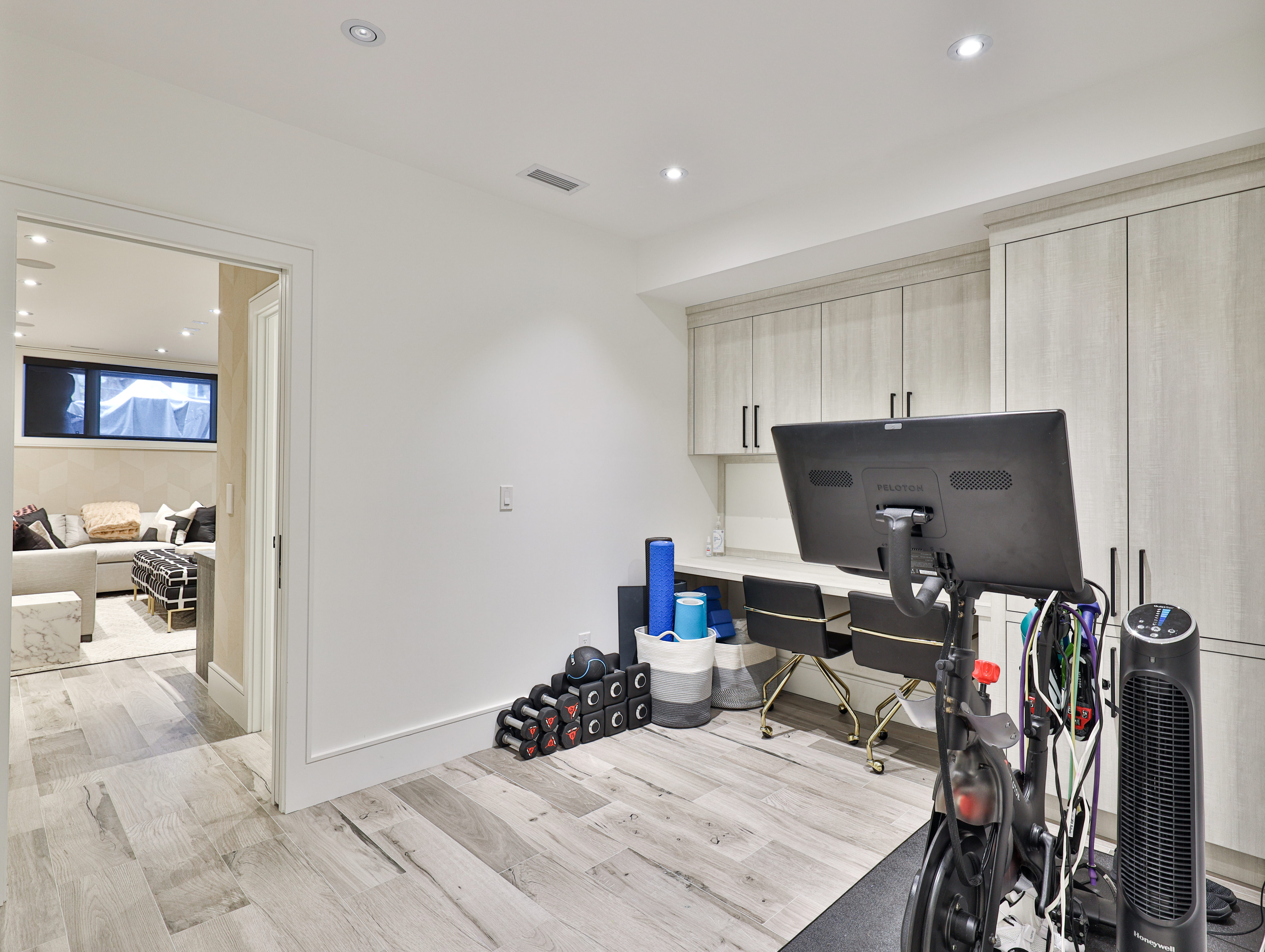 By early 2021, their kids were getting older, and the Yonge and Eglinton semi started feeling cramped, despite the recent renovations. The family decided it made sense to make a permanent move to a bigger place in Bathurst Manor, where they had enjoyed living while renovating the semi.

Moving to Bathurst Manor would more than double Kobi’s work commute, but he was willing to make that sacrifice for a bigger home that was also closer to school for Shelby and the kids.

Plus, since the Toronto real estate market was going bonkers, they figured it would be a good time to sell their Yonge and Eglinton semi, which had undoubtedly increased in value because of the renovations.

In April, they bought a detached in Bathurst Manor, with a June closing date. Then they put their Yonge and Eglinton semi up for sale, with an offer date of April 27.

The sell: To attract more buyers, Kobi and Shelby listed for just under $1.6 million, an estimated $300,000 under market value, based on comparable listings in the area.

Their agent, Andre Kutyan, figured the place could fetch more than $2,000,000, based on the renovations and midtown location. His prediction came true.

Over the next five days, after 61 showings, the family received 16 bids. Kobi and Shelby were stunned. They were confident the listing would generate lots of interest, considering the price and square footage. But they didn’t anticipate 16 offers—or that six of them would be higher than $2 million.

To their surprise, several bidders also sent them impassioned letters explaining why they wanted to buy the place. On April 27, they sold it to the highest bidder, a young couple who ponied up $2.2 million.

Shelby and Kobi think the buyers got a good deal. They believe buying and renovating a similar-sized semi in the area would cost much more than $2.2 million.

The outcome: Kobi and Shelby plan on moving to their new Bathurst Manor home on June 12. Their place at Yonge and Eglinton closes on June 17, at which point they’ll put the profits from the sale toward covering their new mortgage and padding out their savings account.

The family is looking forward to more square footage during lockdown and being closer to school, far away from the relentless construction at Yonge and Eglinton.