A Toronto couple just bought this $1.2-million semi in the Upper Beaches

A Toronto couple just bought this $1.2-million semi in the Upper Beaches

The buy: A three-bed, two-bath semi in the Upper Beaches 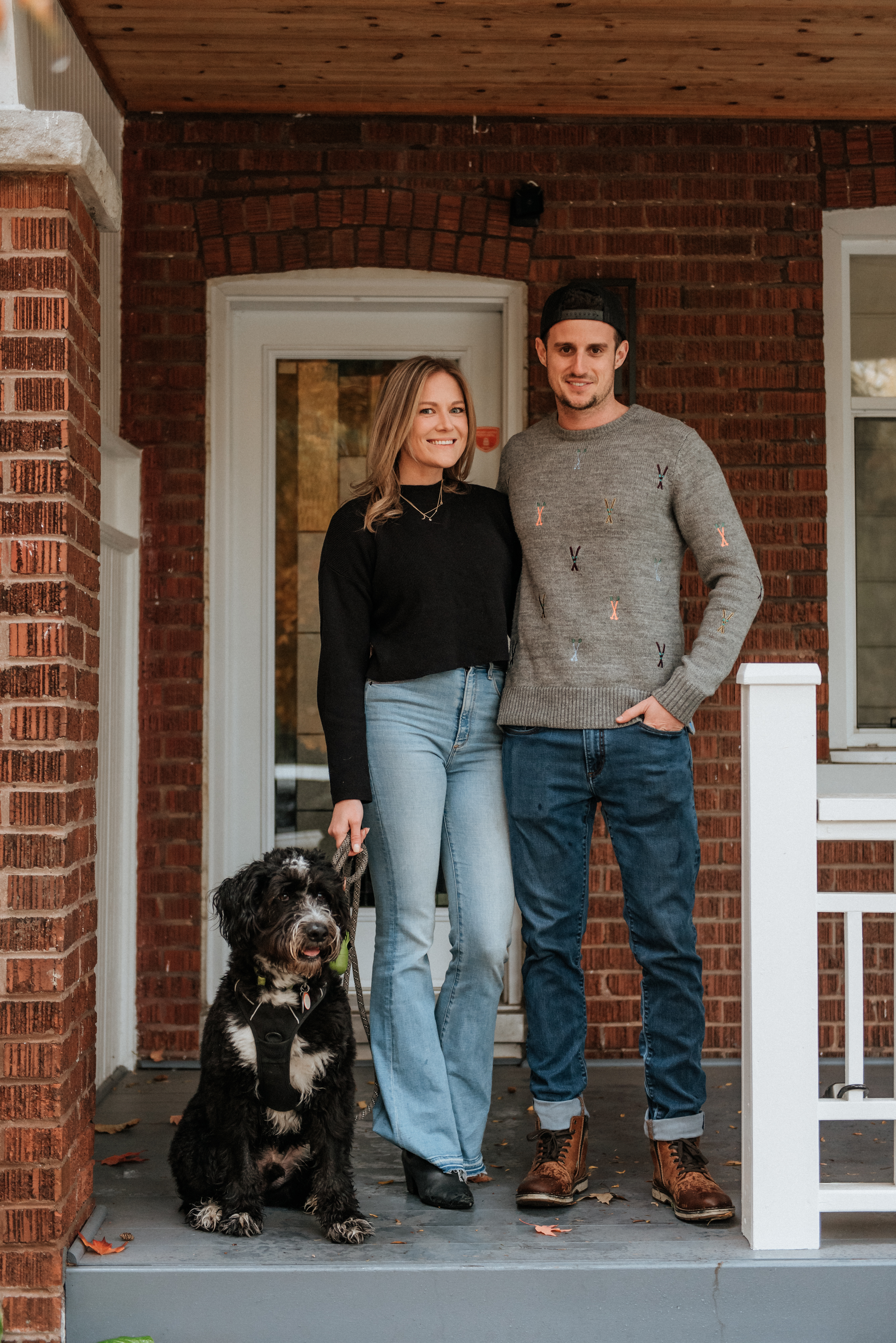 The story: In 2018, Bobby and Eric started renting a two-bed, two-bath townhouse near Trinity Bellwoods Park for $3,100. They enjoyed living in the area, particularly being so close to the shops and restaurants of Queen West. But things changed when the pandemic forced both of them to work from home. Stuck inside for most of the day, Bobby and Eric longed for big light-letting windows or a backyard where they could get some fresh air. That got them thinking about upsizing. Eric’s father, who passed away in early 2020, left them an inheritance that allowed the couple to set a maximum budget of $1.2 million. In July, the Moores began searching for a three-bedroom with a backyard, since they plan to have children in the near future.

Bobby appreciated this newly renovated two-bed, three-bath semi’s charming front porch and brick façade. The place also had a finished basement, a spacious kitchen and a well-kept backyard shed, which the seller used as an office, making it a viable work-from-home space for the couple. But Eric hated the long and narrow layout of the master bedroom, which would barely fit a king-sized bed. Plus, the place had no air conditioning. Still, at just under $800,000, it fell well below their maximum budget, so the Moores decided to place an offer. Anticipating a bidding war because of the low listing price, the couple made a first and final bid of $205,000 over asking, hoping to edge out any potential competition. That’s as high as they were willing to go, factoring in the roughly $30,000 it would take to install central air. Unsurprisingly, the place attracted 18 competing bids and eventually sold for $77,000 over their initial offer. So Bobby and Eric kept looking.

In late August, the Moores went to a viewing for this three-bed, two-bath detached home in the Danforth. Bobby loved the home’s brick exterior and yellow front door, as well as the blond hardwood floors throughout the interior. Eric was just happy that the master bedroom had normal dimensions, with enough room for bedside tables, a dresser and even a full-length mirror. The couple also imagined converting one of the other bedrooms into a home office. There were a few issues, though. The seller had laid recycled mulch in the front yard and the couple worried that, if swallowed, the rubber could be harmful to Raffy or any future kids. And a report from the seller revealed that the basement was at risk of flooding. Wary of the added cost (and headache) of redoing the front yard and waterproofing the basement, the couple opted to move on without making an offer. 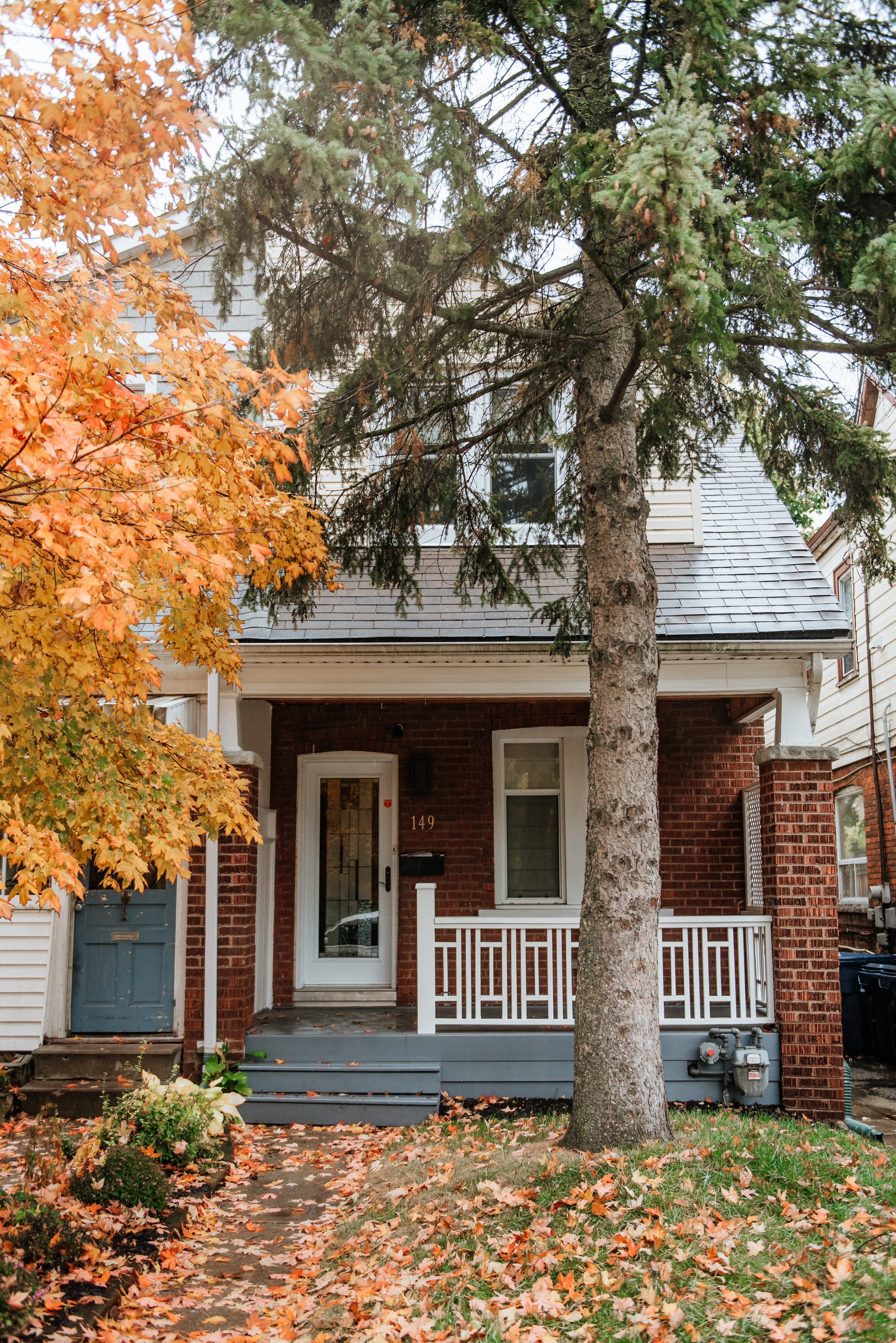 Later that day, the Moores made a stop at this three-bed, two-bath semi in the Upper Beaches. It was in excellent condition and had a large backyard. Plus, there was a playground and a dog park across the street, both of which would be perfect for Raffy and their future family. Another bonus: the finished basement could be converted into a TV room and a gym. To eliminate the kind of competition they encountered earlier in their search, Bobby and Eric made another aggressive initial bid at $205,100 over asking. That narrowed the field to two matching offers. But this time, the Moores were willing to go a bit higher. They threw in another $13,000 and sealed the deal.

Bobby and Eric will make the move in early November. Aside from painting the home’s exterior panels and replacing the front door, they also plan on installing his-and-hers sinks in the master bathroom. They expect all of that to cost anywhere from $5,000 to $13,000. And finally: one of the bedrooms, which they want to convert into an office, has a west-facing window that gets plenty of natural light—the perfect place to work-from-home during the winter months.