A Toronto couple had a home-buying budget of $1 million. Where did they end up finding a place?

A Toronto couple had a home-buying budget of $1 million. Where did they end up finding a place? 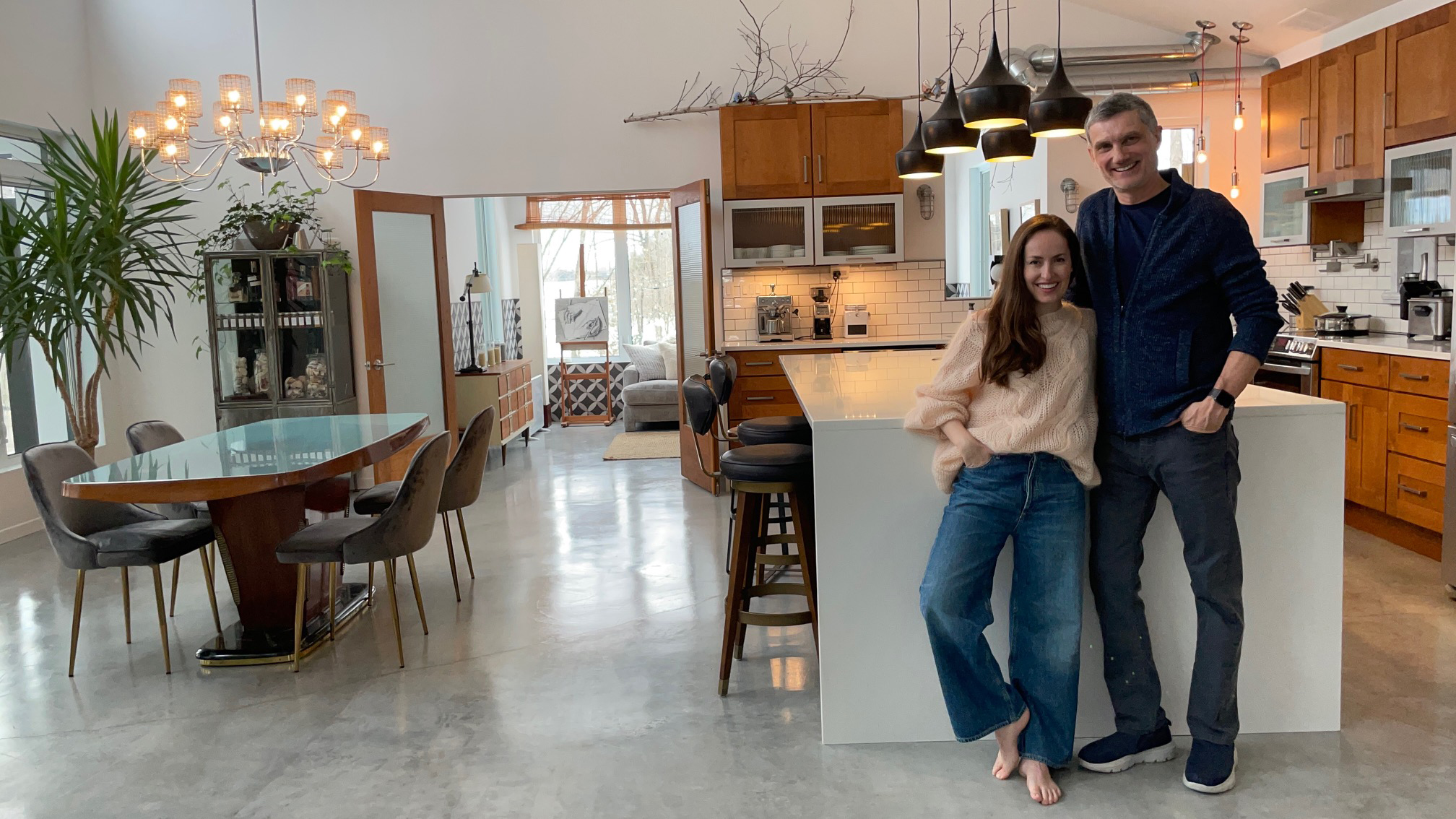 The condo was conveniently close to their work. Amanda could quickly walk to meet her clients in the Financial District. As for John, he taught at Ryerson, which was only a 15-minute walk away. All amenities were nearby, and the couple frequently strolled through St. James Park.

Amanda and John’s condo was also relatively spacious at 1,300 square feet. They even had a 600-square-foot balcony, which John, a gardening lover, filled with an assortment of plants.

But the couple, who enjoyed taking day trips during summers to hike and explore areas like Prince Edward County, yearned for more green space and privacy.

In 2018, they decided to search for rural properties within a three-hour drive of Toronto. John planned on retiring within the next five years and Amanda’s job was flexible enough for her to do most of her work remotely. They set a $1 million budget for a two or three-bedroom, with more living space and at least one acre of secluded, forested land.

The search: The couple casually looked at properties online for two years. But after the pandemic hit in early 2020, Amanda and John ramped up their search and began viewing listings in person. Covid had forced both of them to work from home, so they were eager to escape the confines of the city.

The couple scoured listings in southwestern Ontario, from Guelph and Stratford to London and Niagara-on-the-Lake. They then pivoted to Prince Edward County, which was close to Amanda’s parents in Kingston.

In the past, they enjoyed visiting the wineries and restaurants of Prince Edward County, but during their current search, they noticed the area was congested with tourists. They decided they wanted something more peaceful and off the beaten path.

Amanda and John viewed six properties in total. Most were older homes that required costly renovations or had properties with lawns and no forest.

Despite those issues, they struggled to find anything better within their budget. So they made offers below asking on two properties: one near Napanee and another just north of Kingston. But the sellers turned them down both times.

In September 2020, the couple toured a property in Seeley’s Bay, a 25-minute drive north of Kingston. The listing had 15 acres of forest, which provided plenty of privacy from the main road. 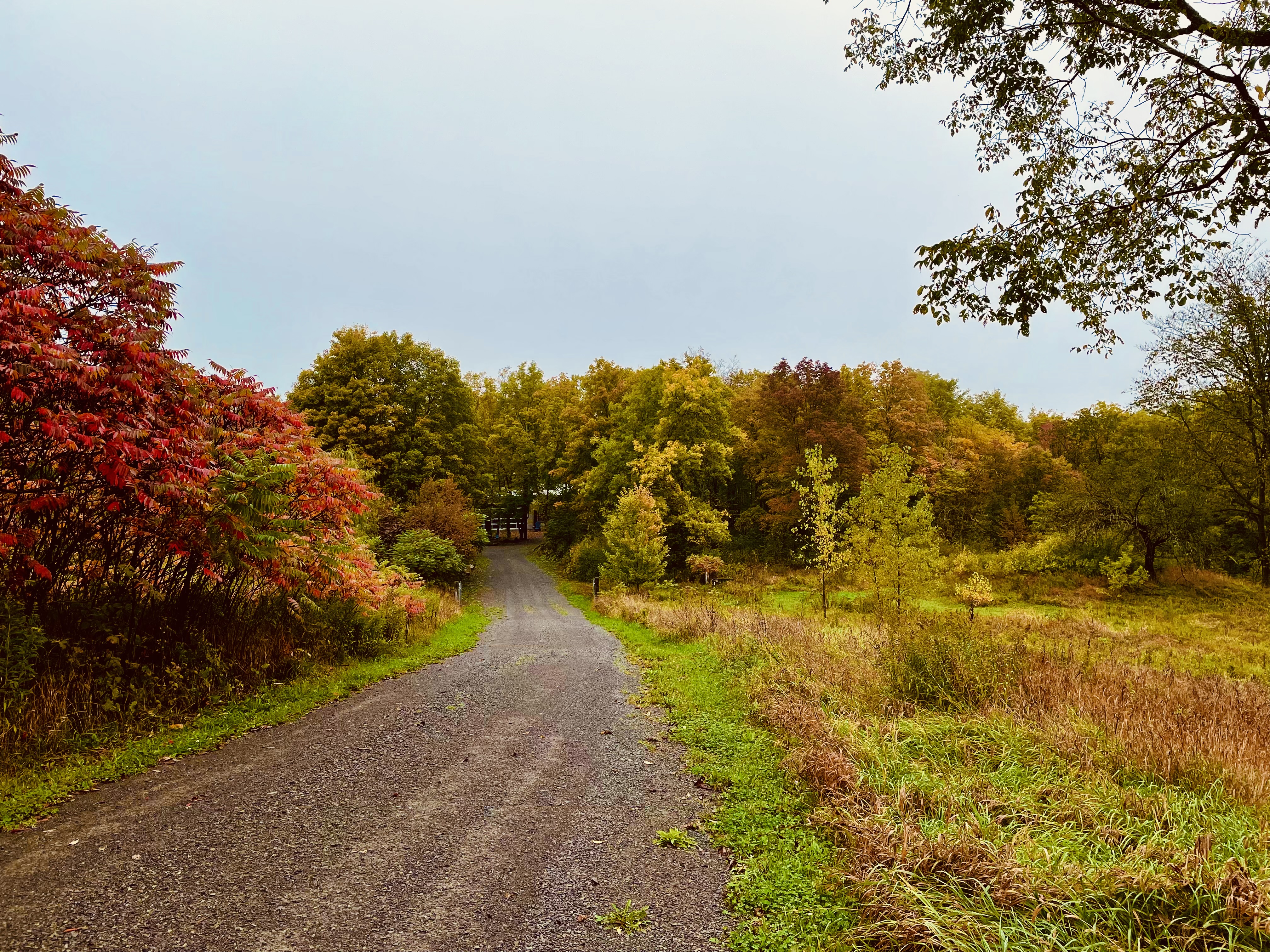 It also had a three-bed, two-bath bungalow, with a steel exterior and roof. 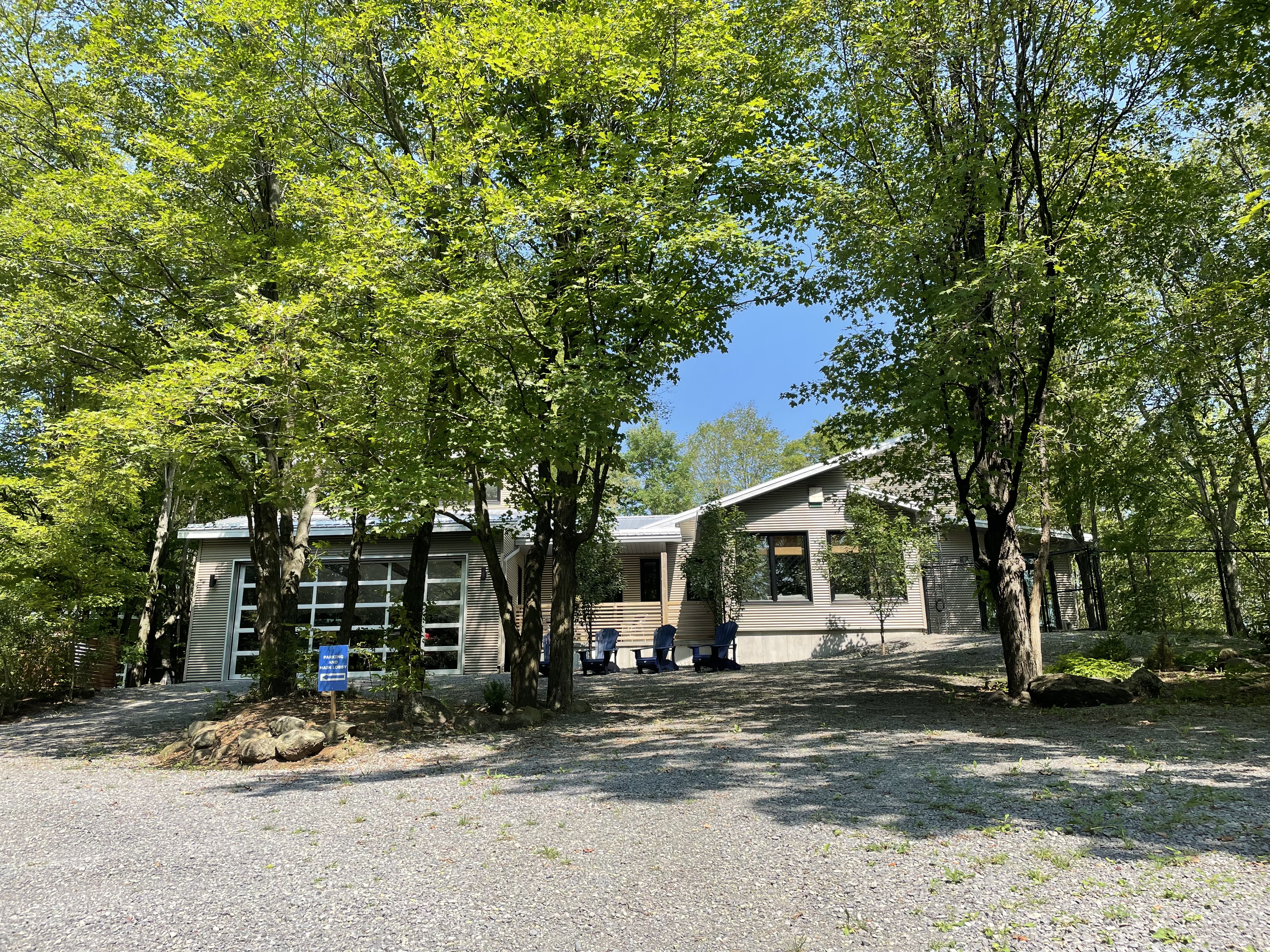 Built in 2015, the 3,500-square-foot home was a custom job by an interior designer who decorated with vintage furniture, including a mid-century Italian sideboard in the living area, a matching table with a marble base in the dining room and an oak four-poster bed in the massive primary bedroom.

The place was also move-in ready, with luxury touches, like a custom fireplace in the living area and geothermal in-floor heating throughout. The only red flag during the tour was that none of the windows had blinds, which was easily solvable. 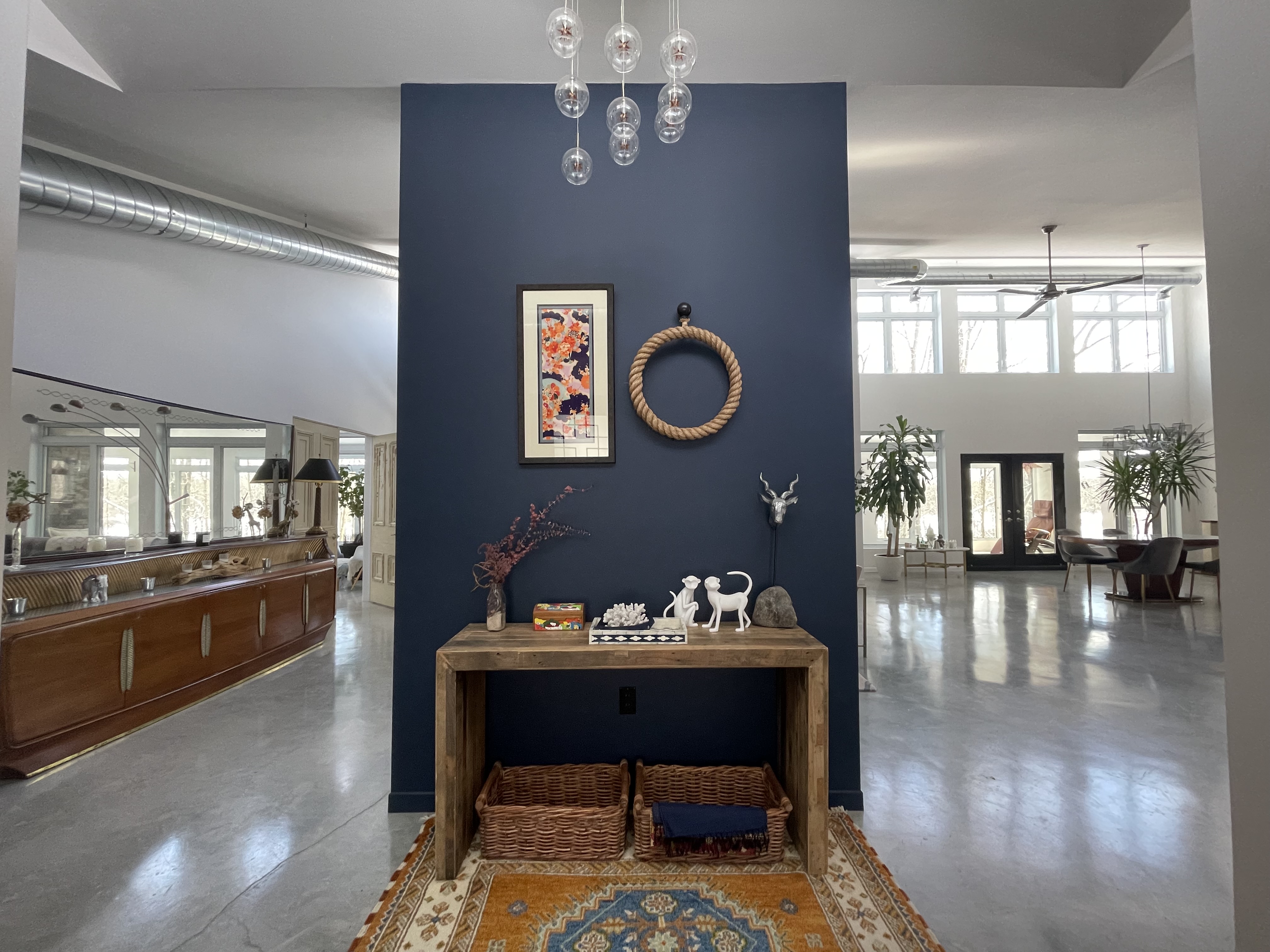 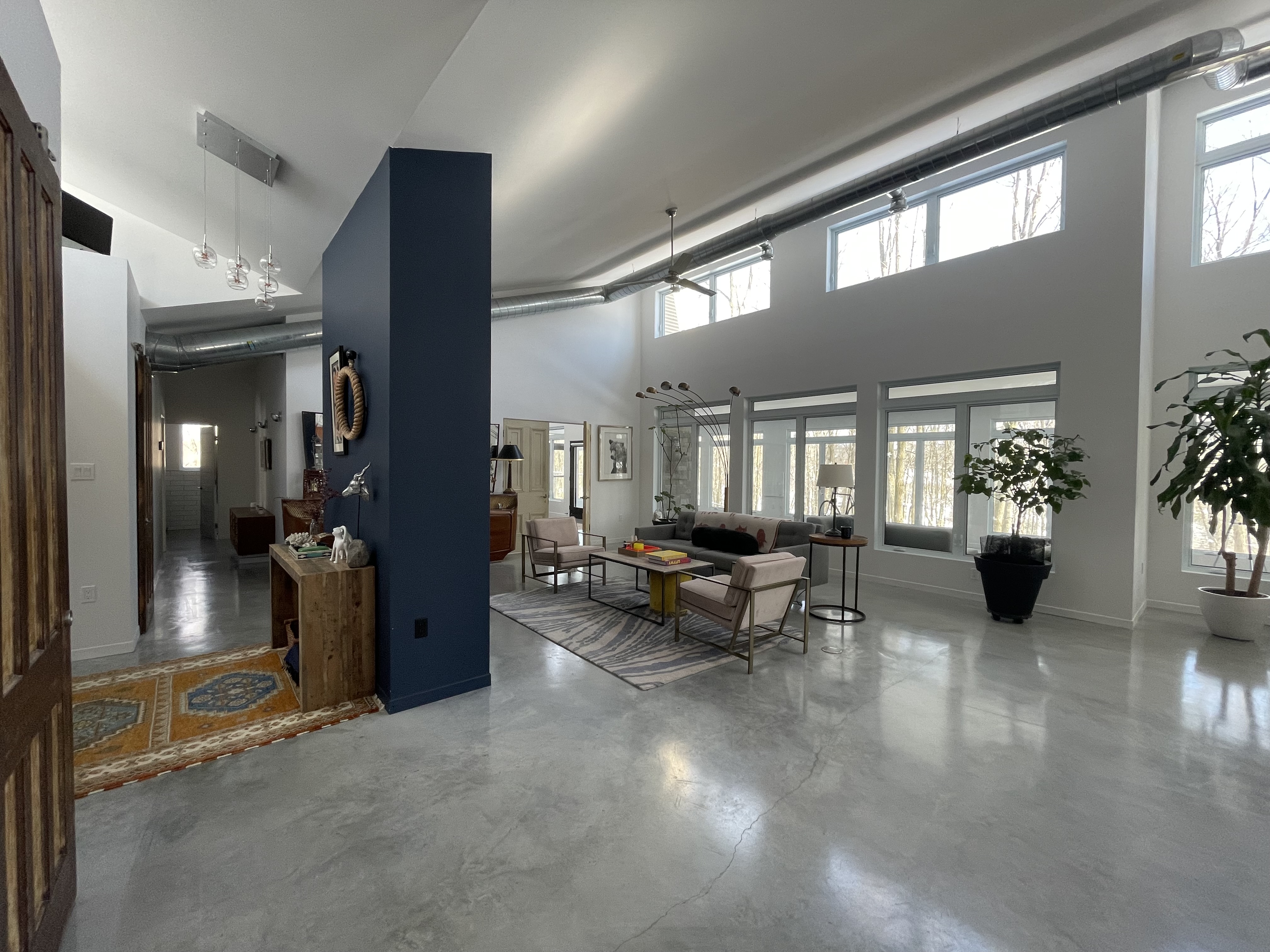 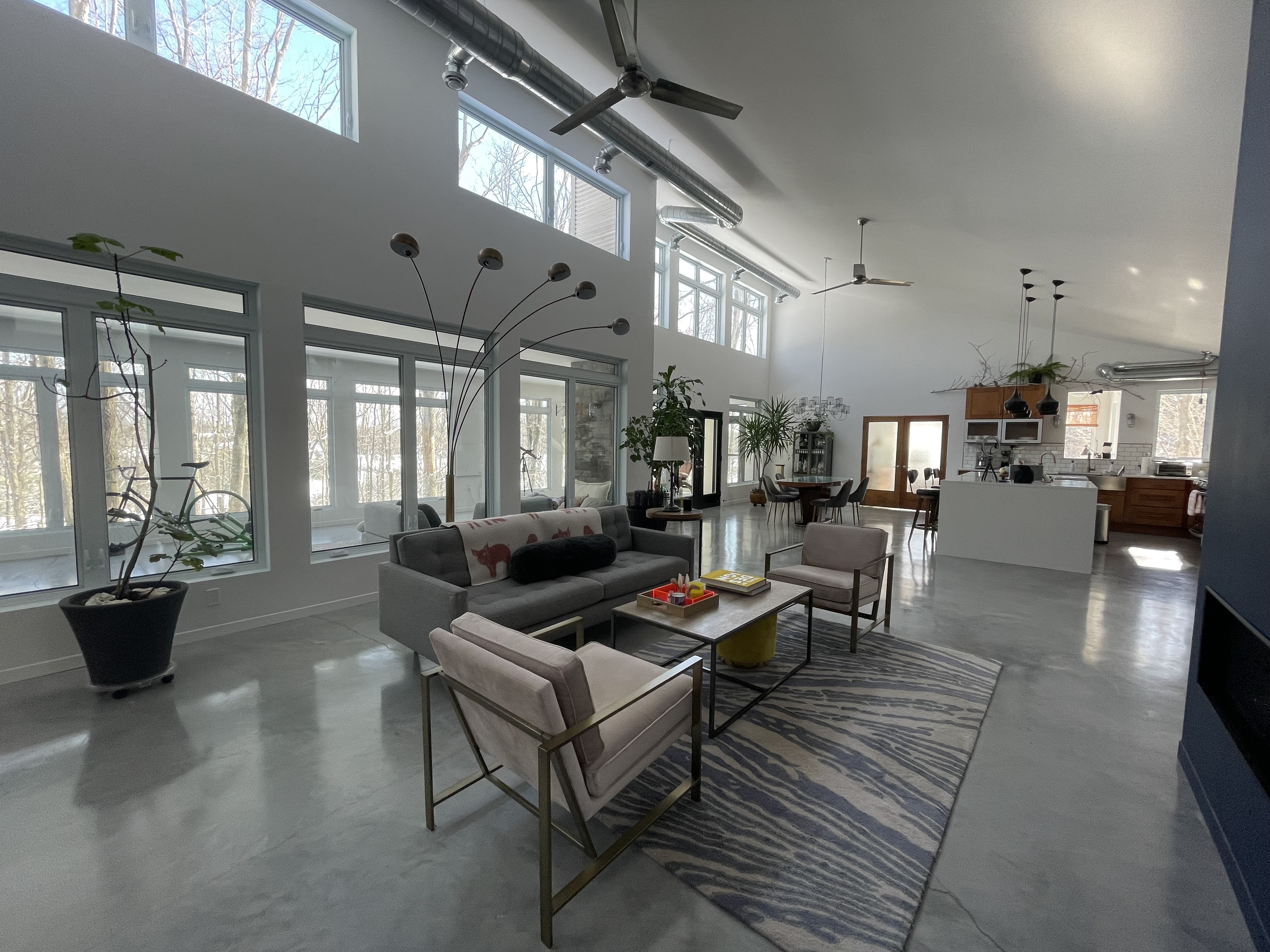 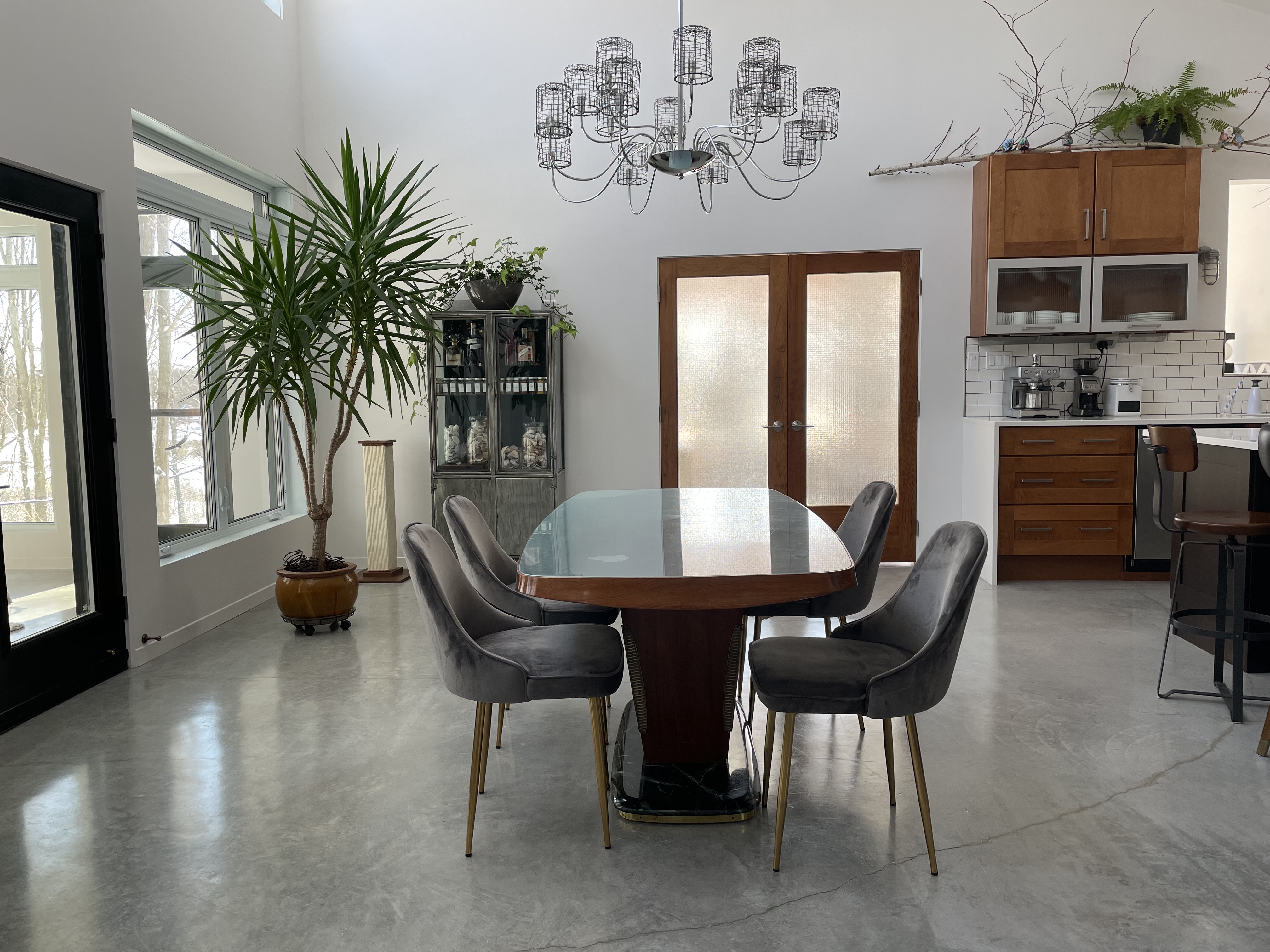 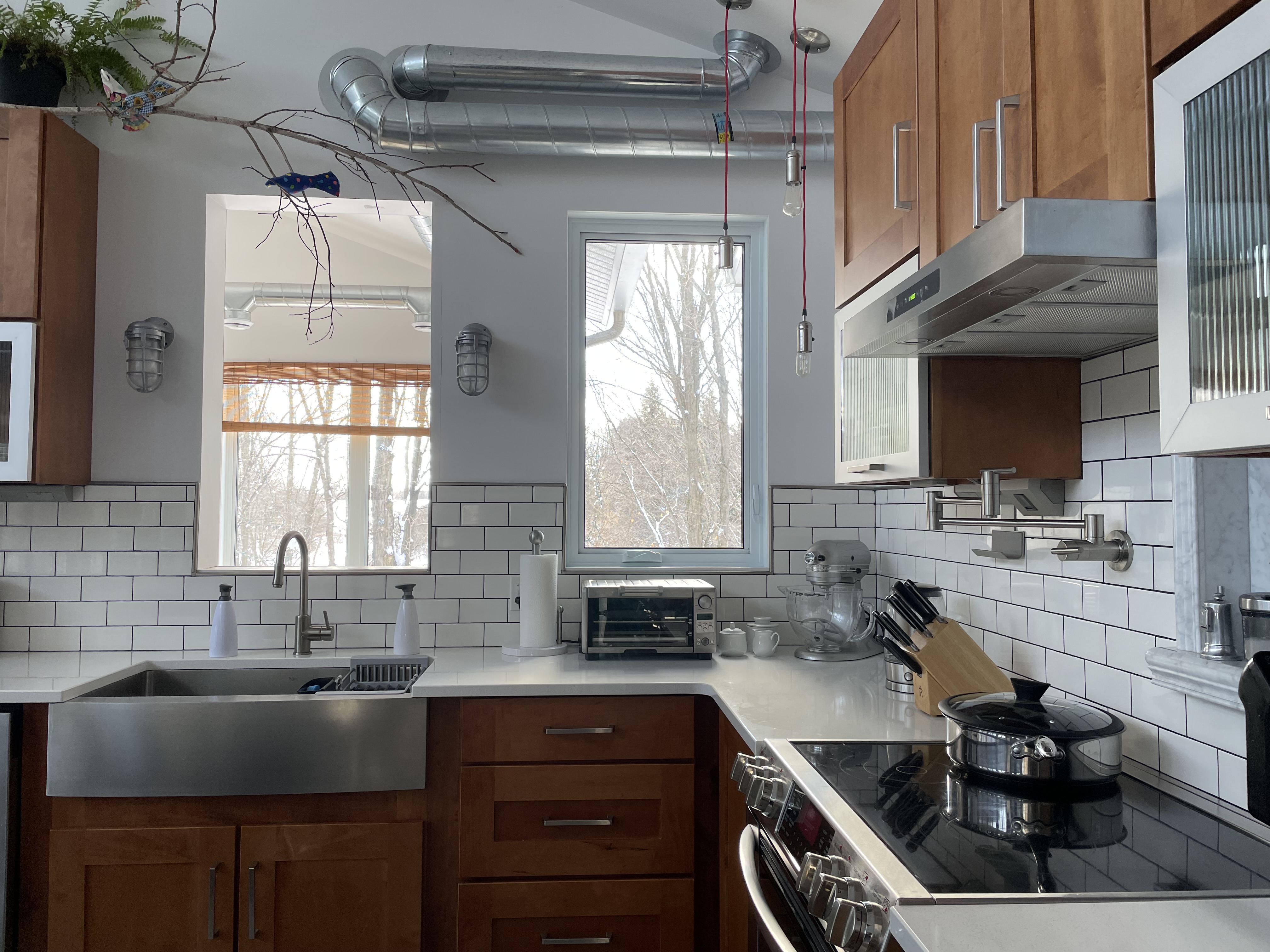 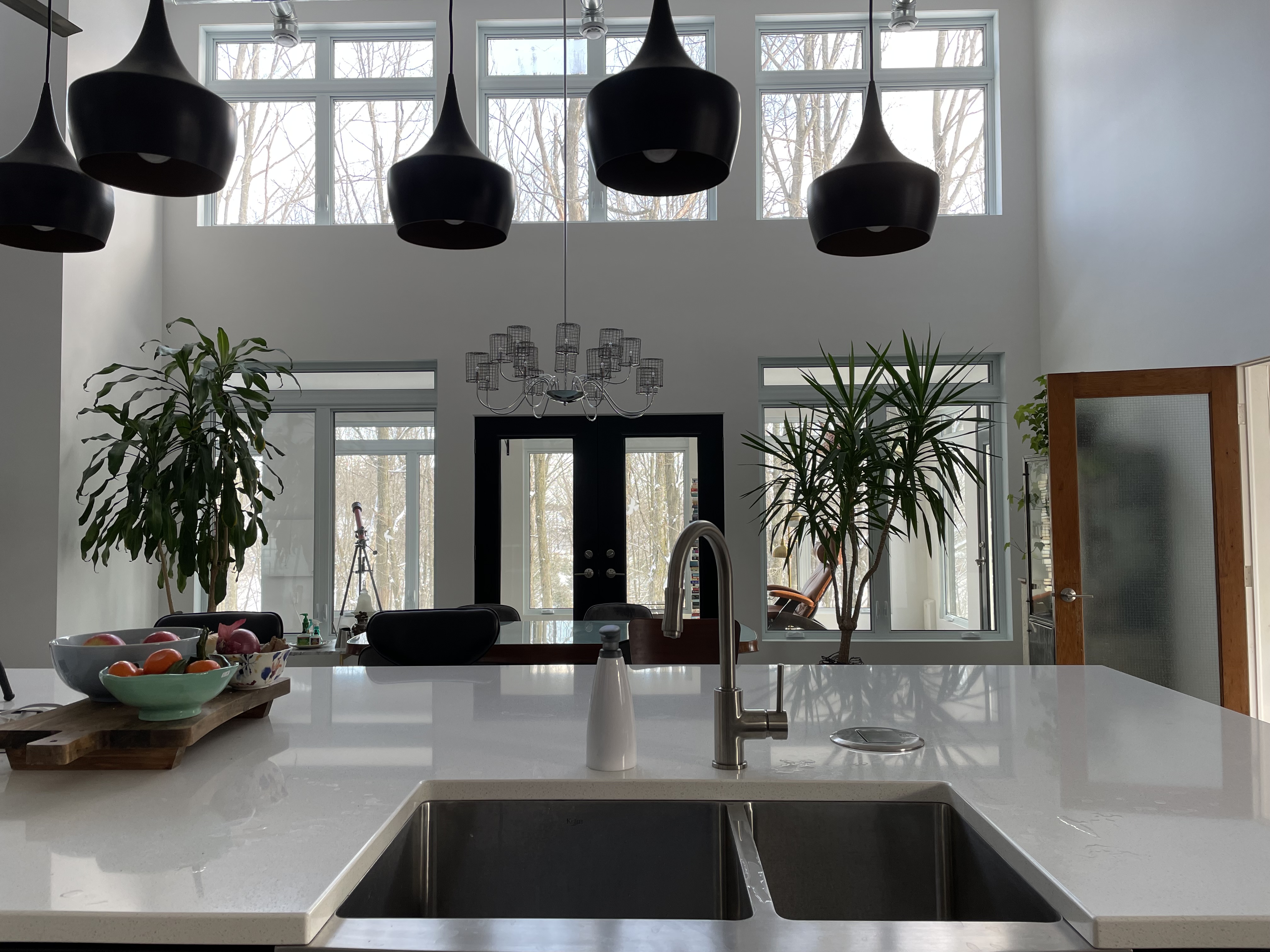 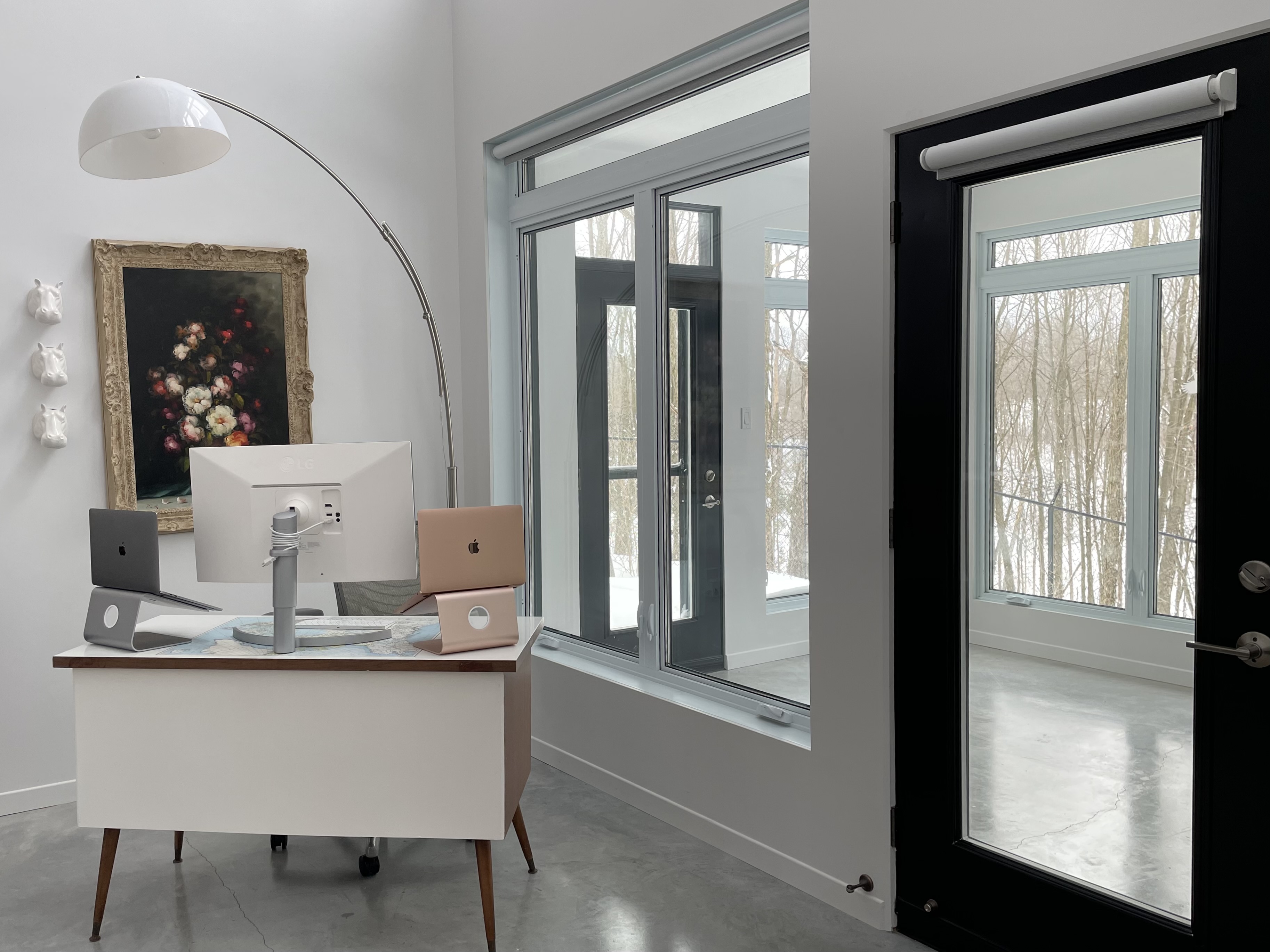 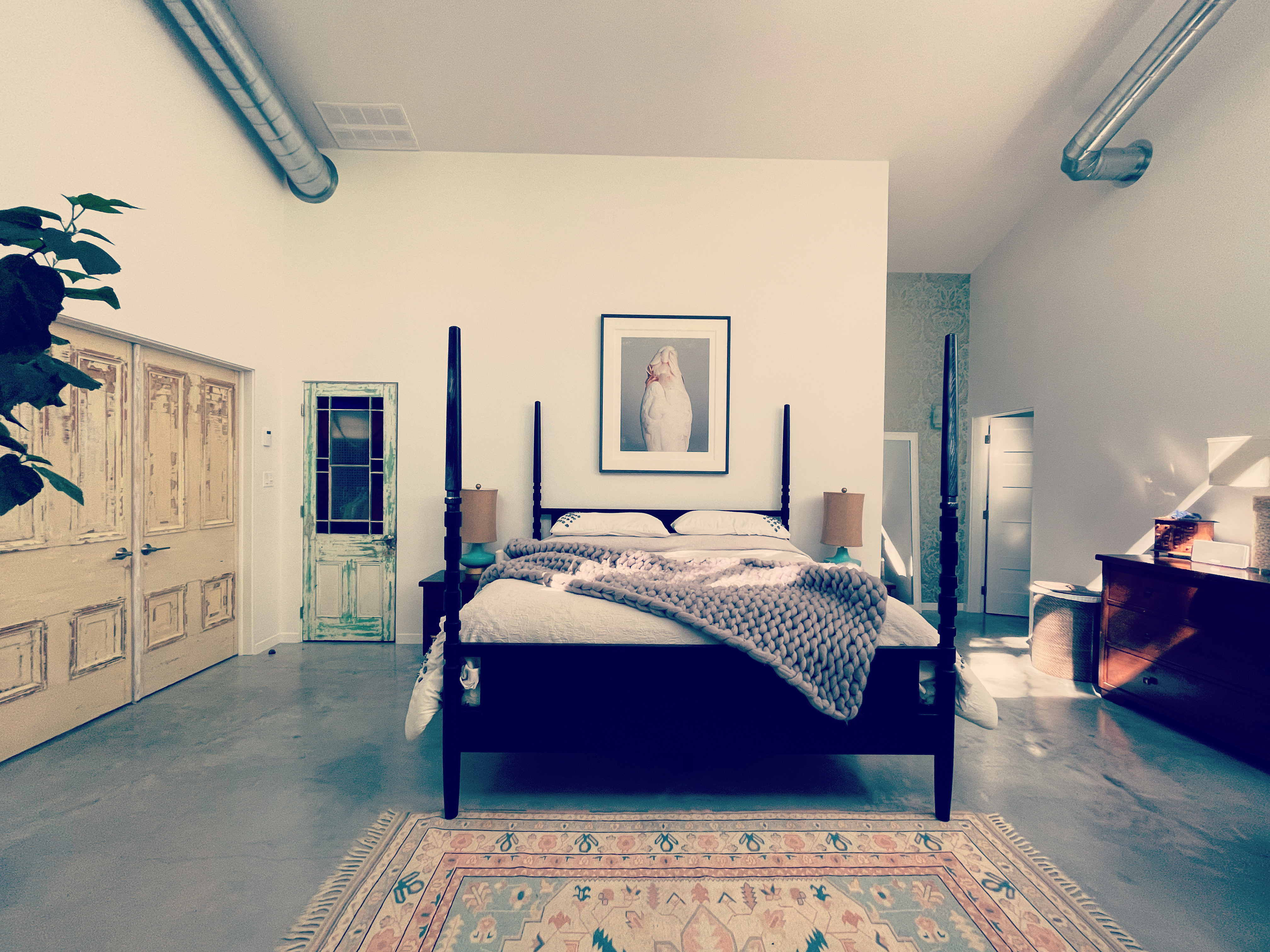 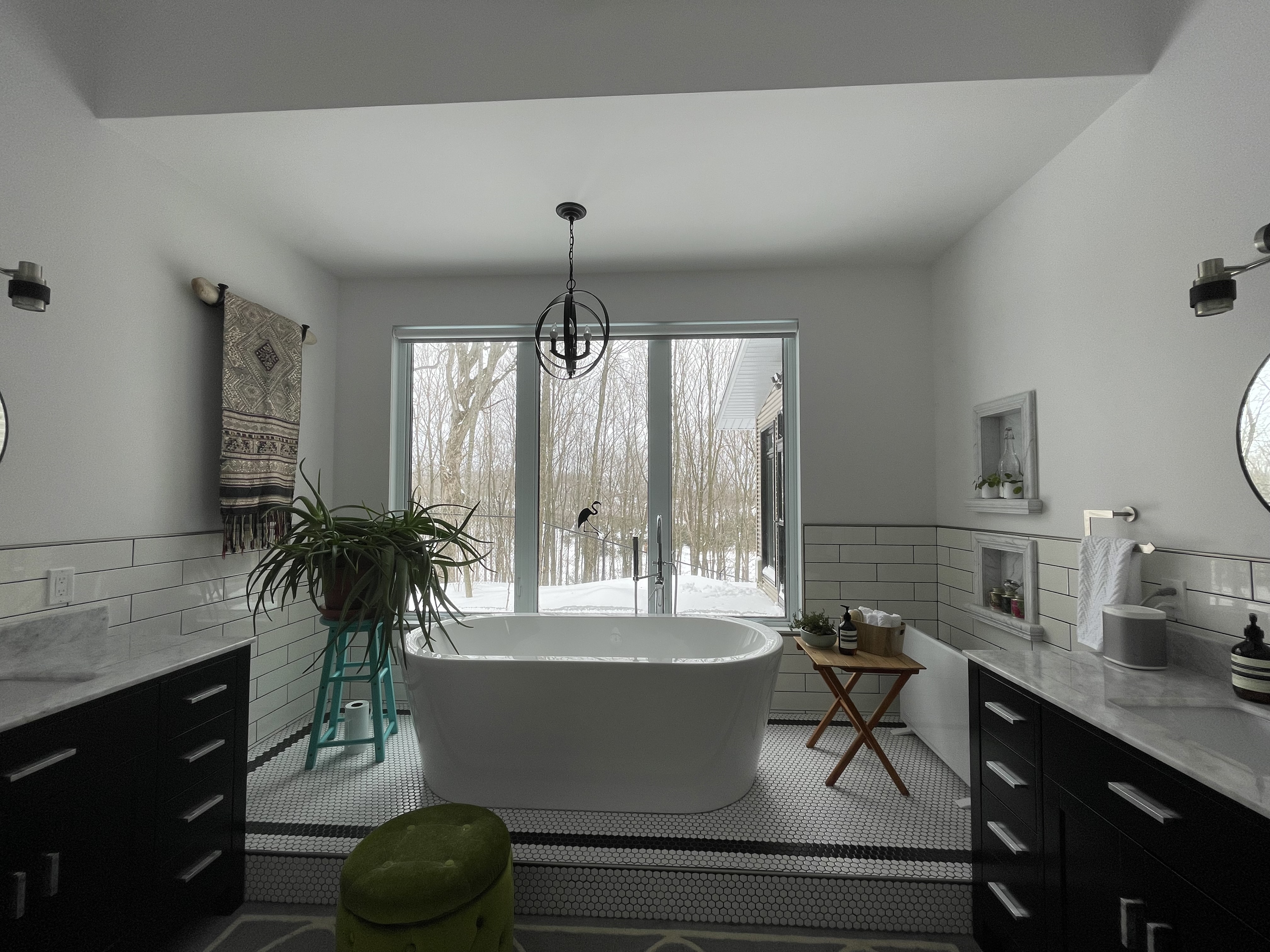 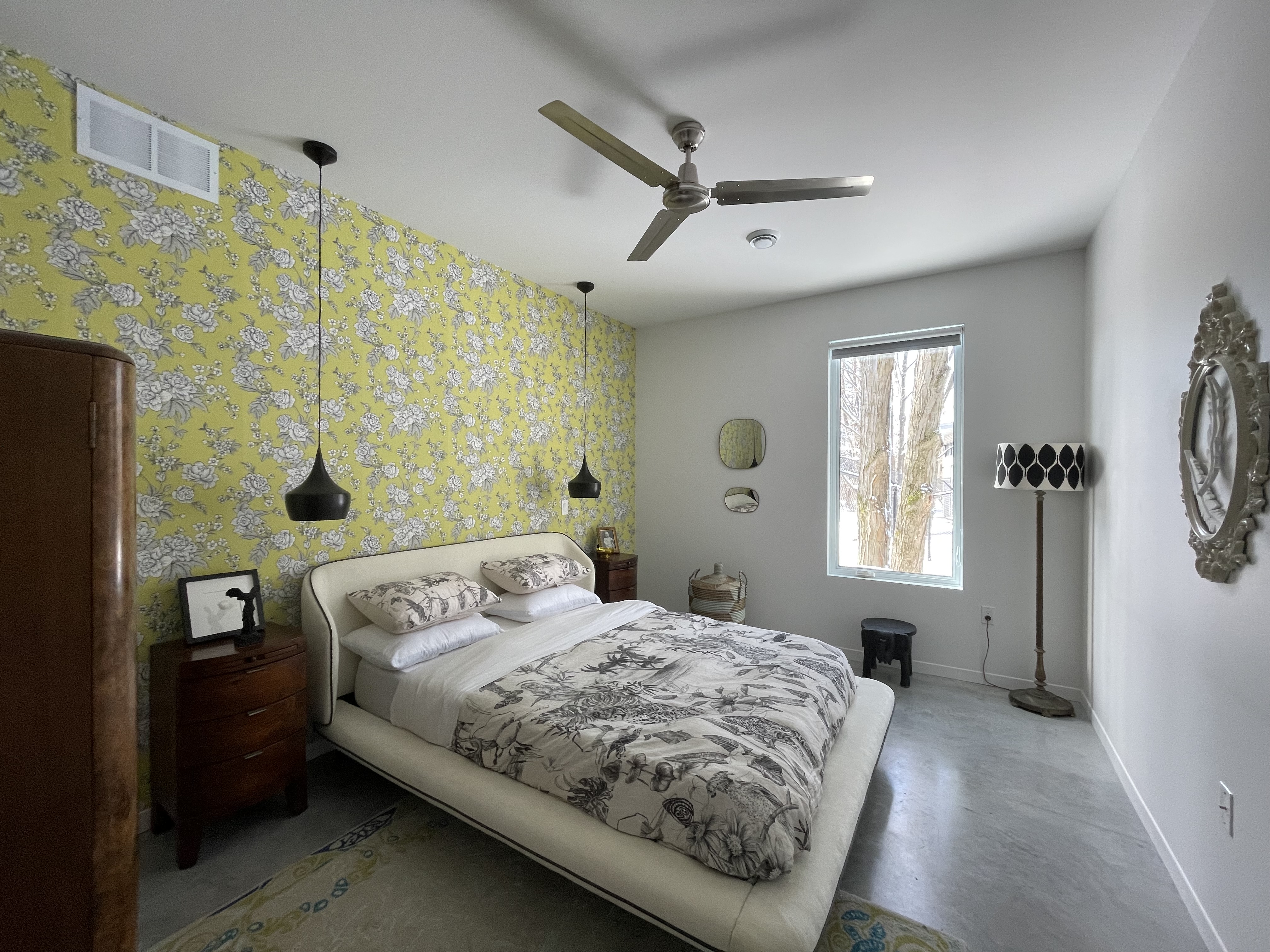 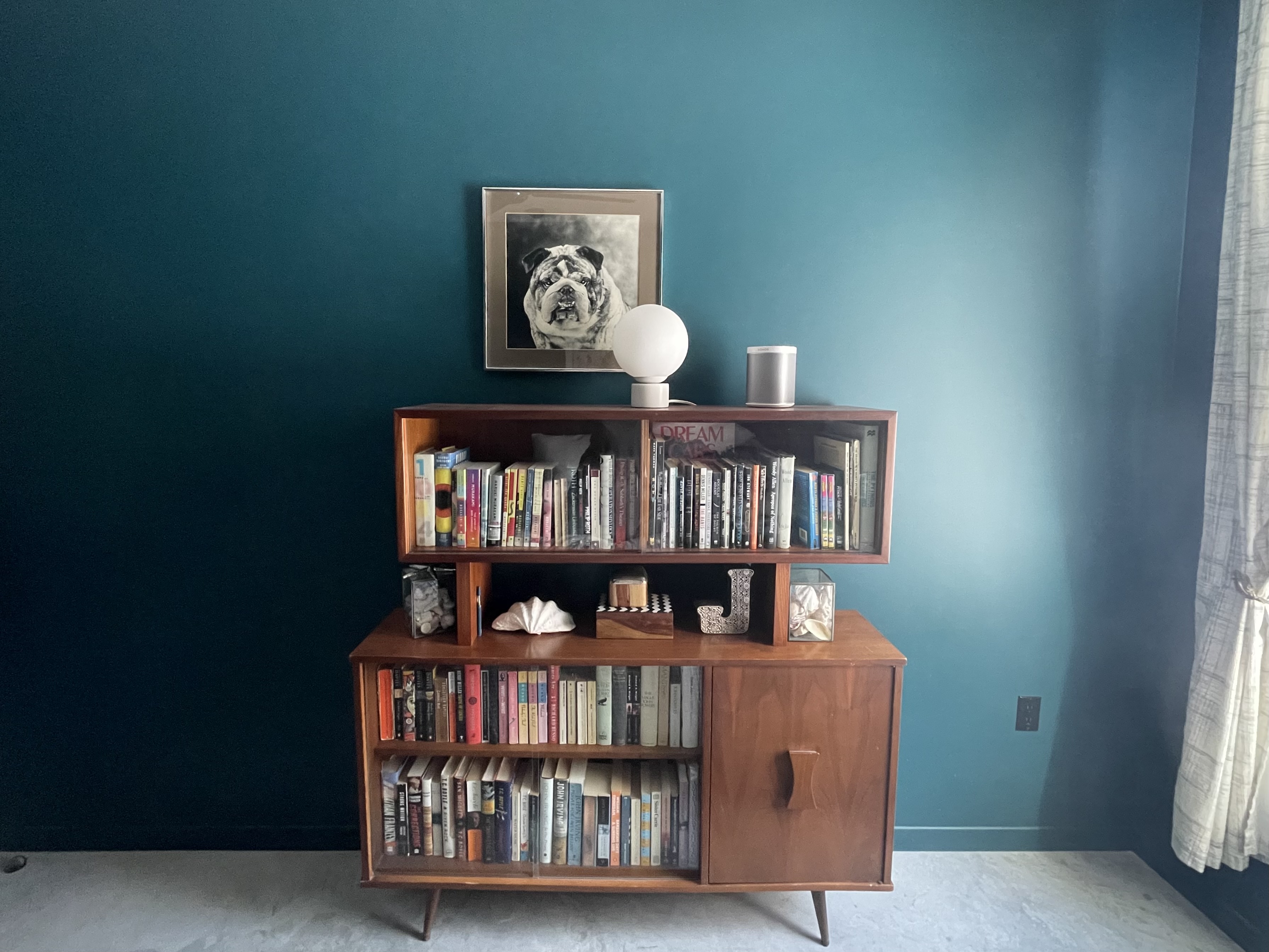 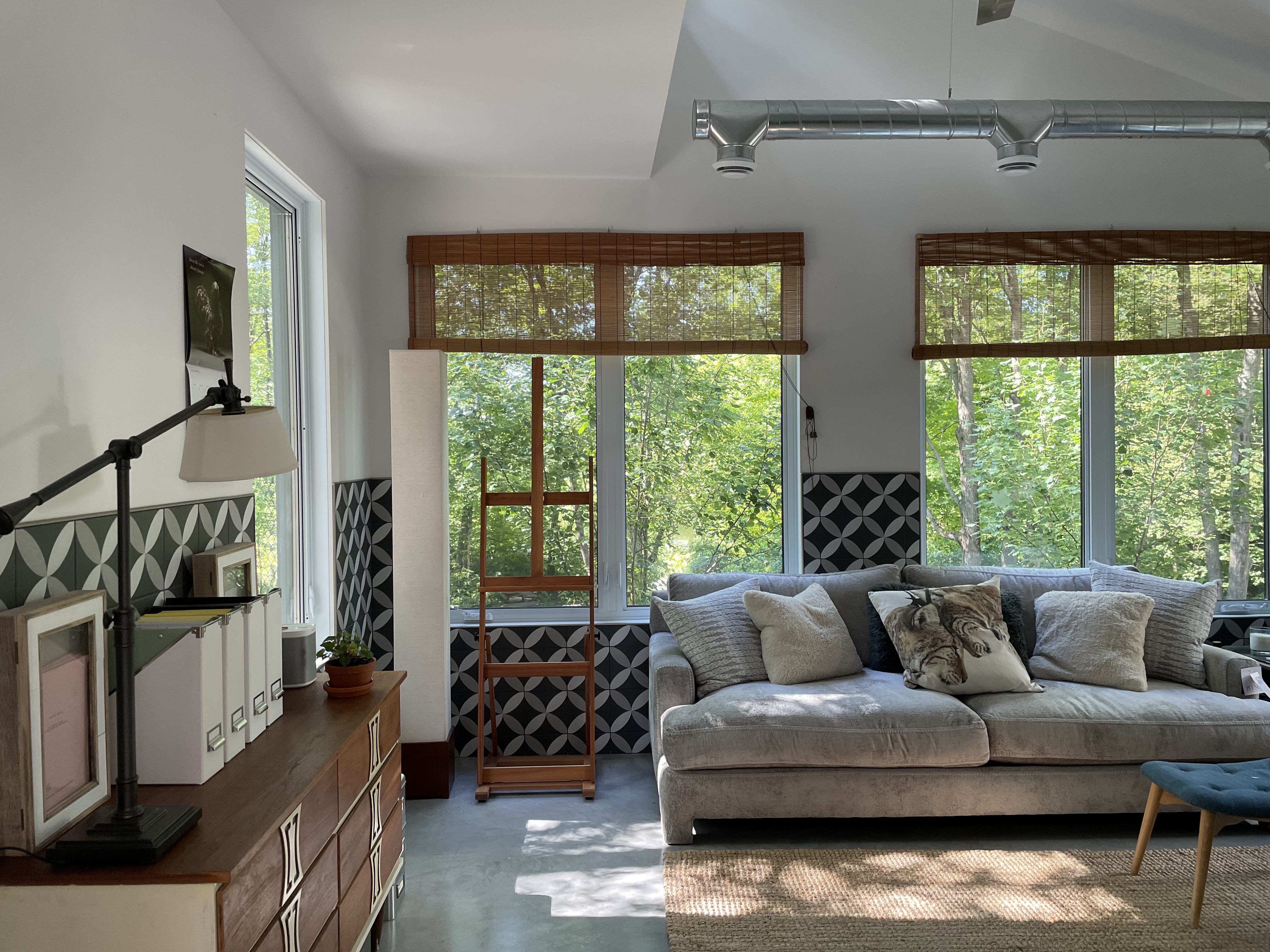 Amanda was eager to make an offer, but John was put off by the $1.3 million list price—it was $300,000 over their budget. But after more than two years of searching, they realized rural properties within their budget almost always needed extensive renovations that would push their total expenses close to the Seeley’s Bay list price anyway.

The seller hadn’t found any takers in the past three months, so Amanda and John figured they might be able to get the place for under asking. The seller also wanted an eight-month close, which probably dissuaded many buyers. But the long close worked for the couple, since it gave them plenty of time to sell their Toronto condo.

In October 2020, Amanda and John got a bigger mortgage than they initially planned for and made a $1.2 million offer, $100,000 under asking, which the seller immediately accepted.

As part of the deal, the seller threw in several pieces of furniture, including the sideboard, dining table and four-poster bed. The seller also left Amanda and John a 30-year-old aloe vera plant, located in the primary bathroom.

In June 2021, the couple took possession of their new home at Seeley’s Bay. They installed blinds shortly after.

Initially, Amanda used one of the front-facing rooms as an office since it had lots of natural light. But she found herself constantly mesmerized by the beautiful deer and wild turkeys that wandered on the property.

To minimize distractions, she now uses a corner of the primary bedroom as her office. Amanda drives to Kingston and takes a train to Toronto for work once or twice a month. As for John, he taught his classes virtually from Seeley’s Bay until his retirement last fall.

Today, Amanda and John enjoy hikes amidst the approximately 10,000 trees on their property, which include maple, pine and fir.

They’ve also become enamored with the boutique stores in the village of Seeley’s Bay, located a five-minute drive north of their property. Their favourite stop is Ridgway Confections, a chocolate shop.

John is looking forward to planting a vegetable garden on the property this spring, including carrots, peas and beans. The couple also plan on taking a Sea-Doo from Seeley’s Bay to explore the network of waterways that extends from Ottawa to Kingston.

“We’ll always love Toronto, which was our home for more than 20 years,” says Amanda. “But we now have so much more nature and variety to explore in our new home.”