The buy: A four-bedroom, two-bathroom detached house in Tiny. 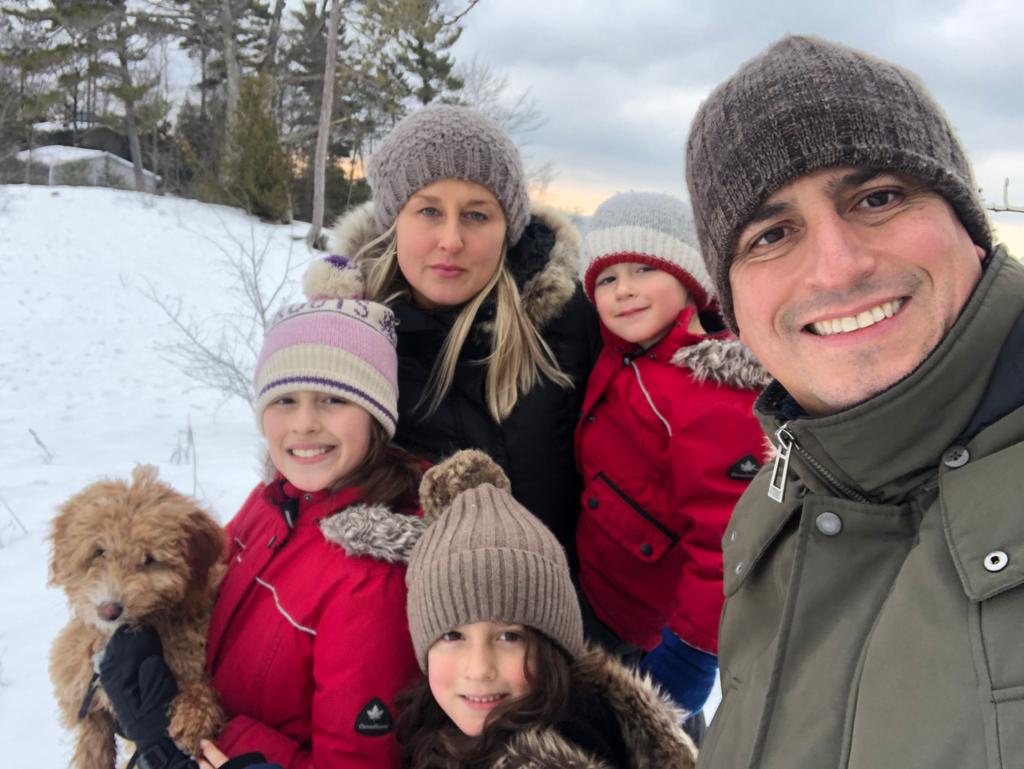 Who: Iwona Rychalska, 40, a learning consultant who is currently a stay-at-home mom; her husband, Armando Ramos, 46, a wealth consultant; and their three kids, Camilla, 10, Dominika, 6, and Emilio, 4. 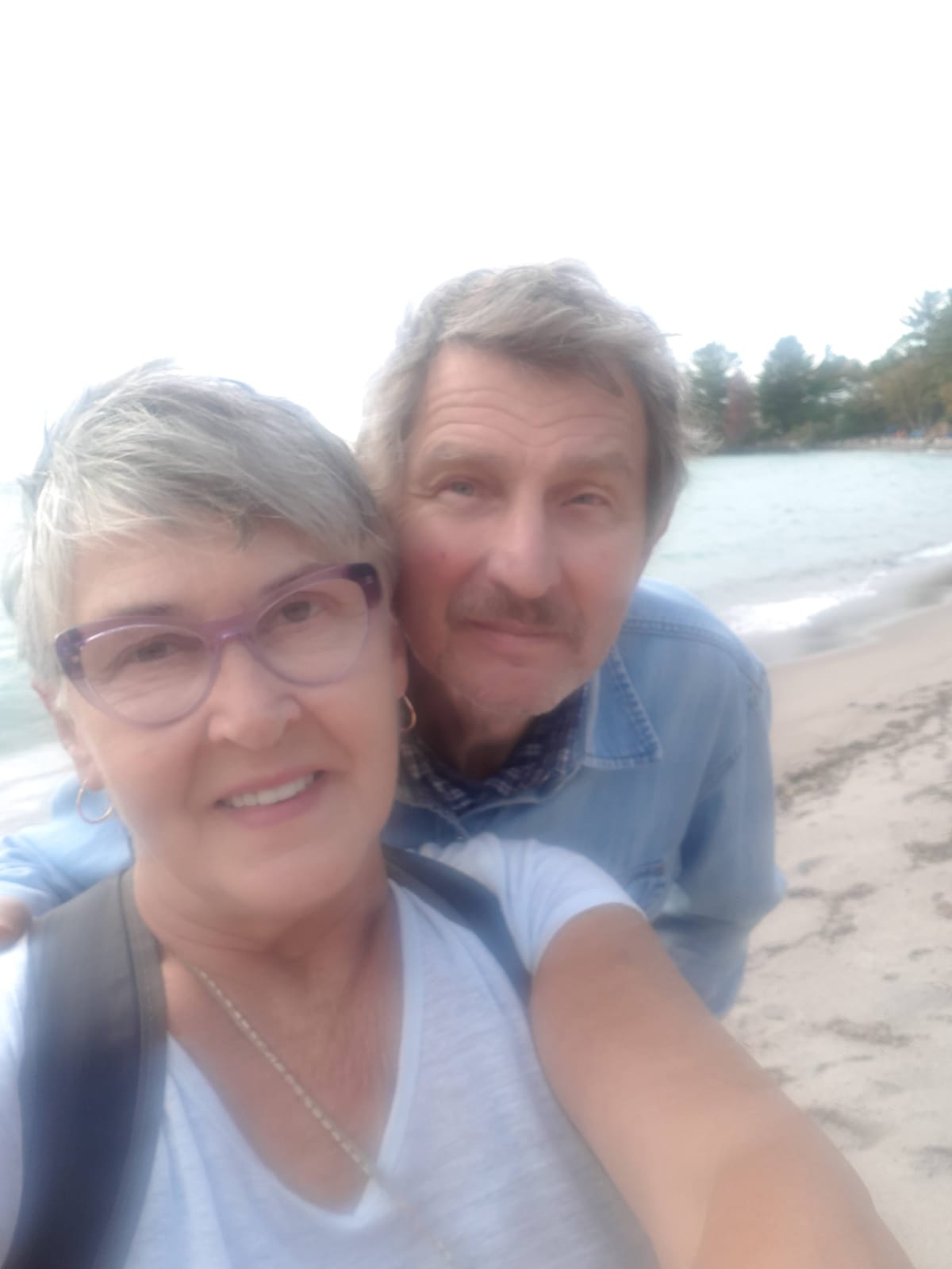 The history: Irena and Mike grew up in Poland, then moved to Canada in 1988. They rented in Hamilton and Waterloo while they studied and worked, saving up enough money to eventually buy a bungalow in east Toronto.

They spent their weekends skiing, camping, hiking and swimming with their two daughters, Iwona and her sister. When their daughters moved out and had their own children, Irena and Mike dreamed of finding a cottage where they could escape and spend time with their growing family.

But for years, other priorities—working busy jobs, raising their families, travelling back to Poland—took precedent.

One of their daughters, Iwona, and her husband, Armando, weren’t as excited by the idea of a cottage.

“If you asked us before the pandemic, we would have said we had no interest in a cottage,” says Iwona, who lives in the Upper Beaches with Armando and their three children.

They didn’t want to have to maintain another home—one house, three kids and a dog seemed like enough work. And if they were going to travel, it would be somewhere new or to Mexico, where Armando has family.

When the world locked down, however, Iwona and Armando had a change of heart. Unable to travel (or do much of anything) during the early days of the pandemic, they spent every weekend hiking around southern Ontario with their kids.

On a trek in Uxbridge, in April 2020, the family started fantasizing about having somewhere they could go to escape the city. On their way home that day, they stopped at Irena and Mike’s house to propose the idea, from a safe distance in the backyard.

The hunt: Irena and Mike thought it over and agreed to see what was available. “We had nothing else to do,” says Irena. “Us, the kids and the grandkids were all excited looking for a cottage. It was like a family adventure.”

They set a budget of $500,000, split evenly between the grandparents and Iwona and Armando. The families wanted a place on or near the water, within two hours’ drive of Toronto, with at least three bedrooms and two bathrooms, enough for everyone to stay up there at once.

And they preferred a place that didn’t need immediate renovations. That way, they could use it in the summer of 2020.

Starting in April, the family spent several weekends visiting possible purchases, starting in the Kawarthas. Mike and Irena liked the wilderness and peacefulness of the area, where there was also a strong Polish community, but they couldn’t find a suitable place within their price range.

So, in early May, they shifted their search to Tiny, a not-so-tiny collection of idyllic beachside communities on Georgian Bay, where the family had visited friends’ cottages when Iwona was a girl.

They liked that it wasn’t far from Blue Mountain—they’re avid skiers—and enjoyed the area’s seaside feel.

“The thing I loved the most about Tiny was the beautiful beaches, the ocean feel of the Georgian Bay, and that it offered crystal-clear, Caribbean-like water,” says Iwona. 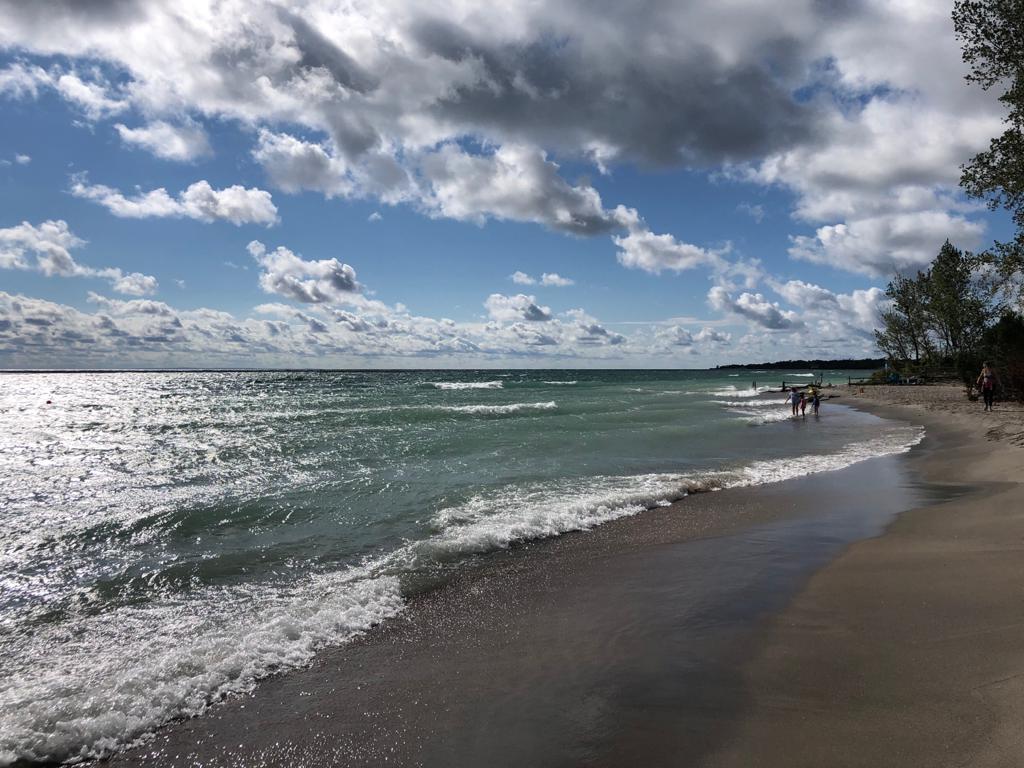 The family saw five properties on May 23, including an open-concept four-bed, two-bath house. When the family visited, they discovered it ticked many of their boxes: at 2,000 square feet, it had enough space for everyone (one bedroom for the grandparents, one for the parents, one for the kids and one for guests). 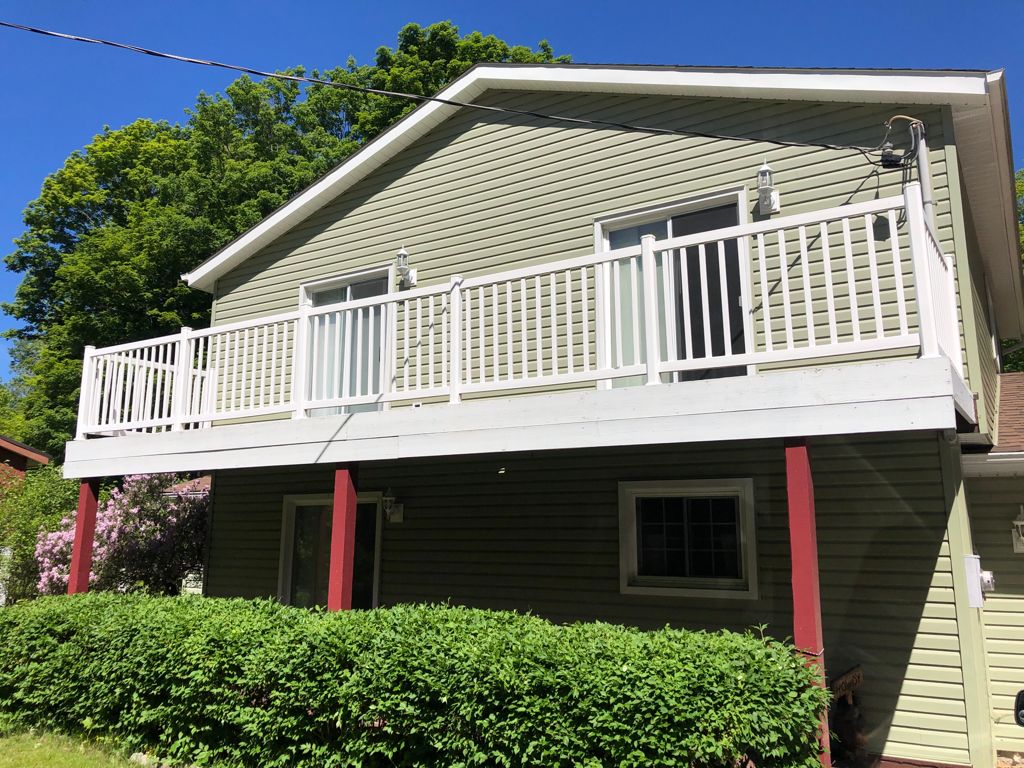 It also had a gorgeous sunroom, a homey fireplace and a huge backyard where the kids could play. It didn’t feel cottagey—it wasn’t on the water, and the style of the property felt more like a proper home—but it was five houses away from a semi-private beach.

Another bonus: it was listed at $430,000, fitting nicely within their budget. The family started discussing putting in an offer.

But as they were viewing another cottage later that day, their agent, Beverley Craig, got word that the place had sold. The family was disappointed, since that was the last weekend they’d planned to spend looking for cottages.

“After some exciting but exhausting weekends of searching, we had moments when we thought we might not find a cottage that season,” says Iwona.

Their luck turned the next day, however, when the aforementioned sale fell through. The family pounced. After some negotiation, they offered $420,000, slightly below asking, factoring in minor repairs and landscaping costs (they wanted to plant more trees to provide shade in the backyard). That sealed it.

The outcome: The family has used “the lake house,” as they call it, almost every weekend since they took possession last August. They painted and did some minor touch-ups, the cost of which they split equally.

“The idea was always to be equal partners in the purchase and maintenance of the property thereafter,” says Iwona. “And that’s how it has been.”

At first, the entire family went up together. In 2021, they’ve been alternating weekends, in accordance with stricter Covid restrictions.

So far, they haven’t gone up much during the week, because the house doesn’t have reliable internet service, which they all need for work or school.

Iwona says the family loves it more every time they go up. They’ve spent days on the beach, gone for long bike rides around the township, visited the Sainte-Marie Among the Hurons museum in Midland and sat around the backyard bonfire, no matter the season. 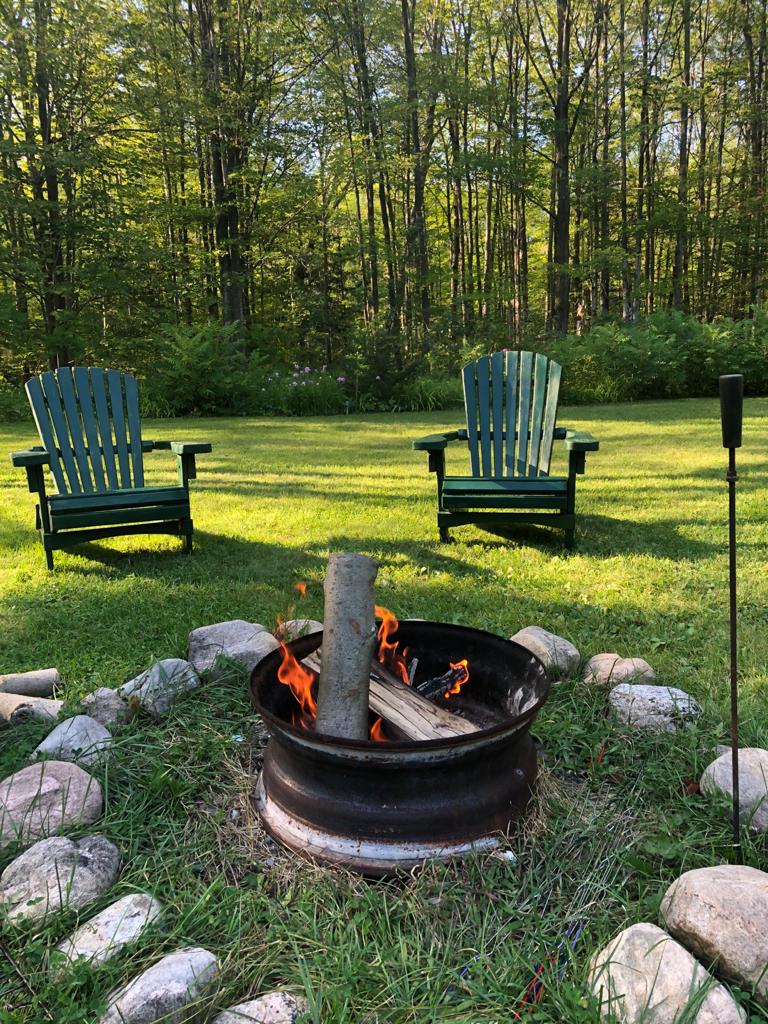 When winter set in, they were delighted to learn their street gets plowed by the township because it’s on a school bus route. They were also delighted to discover that many of their neighbours were Polish.

No one loves the lake house more than Iwona and Armando’s children. “When we go there on a weekend, the kids just run in and you can feel their relief,” says Iwona. Irena is pleased that the kids have plenty of outdoor space to explore after long weeks of online schooling.

In hindsight, the family realizes they got a great deal. Craig predicts the lake house would now sell for double what they paid, given the hot cottage market. Even so, the family hasn’t considered selling—they love the place too much.

“It was not even in our thoughts that the market would go the way it did,” says Irena. “We actually had doubts about whether we were doing the right thing at the time, given the Covid outbreak. There was so much unknown, so many mixed feelings. But the reasons to buy were stronger. We needed some escape and a change of scenery. For me, it was destiny.”

Do you have an interesting story about buying or selling a home during the pandemic? We want to hear it: realestate@torontolife.com