A cozy three-storey semi with laneway parking. At 1,750 square feet, with three bedrooms and two bathrooms, this place has some attractive features, including a wood-burning fireplace and an exposed brick wall.

The house, originally built in 1873, has been renovated multiple times over the years. Most of the upgrades occurred immediately after the sellers purchased the home—on the cheap—in 1994. It was originally a four-bedroom, but they transformed a bedroom on the second floor into a family room.

A tiny, bright mudroom inside the front door: 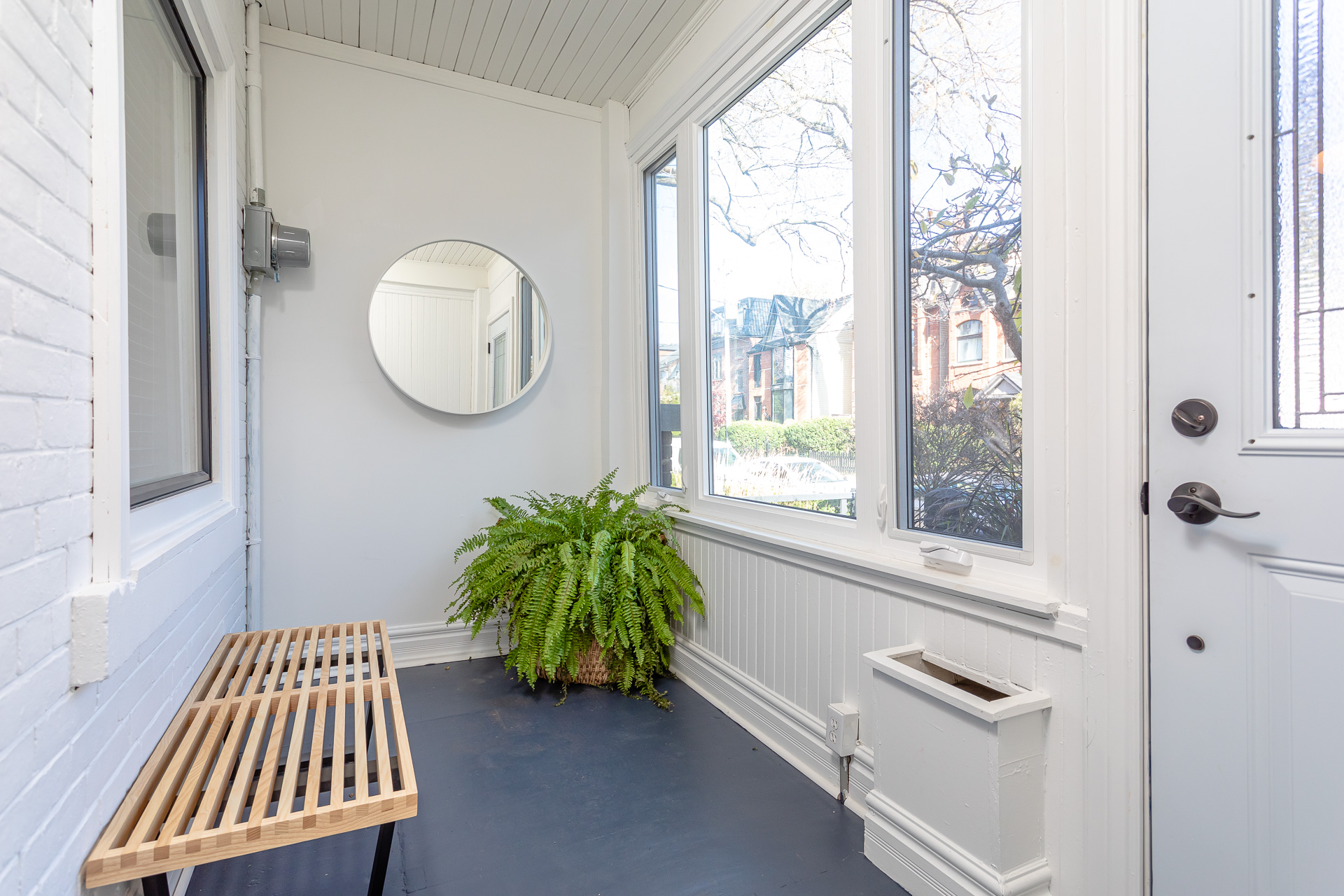 The living room feels quite homey, in part because of the wood-burning fireplace: 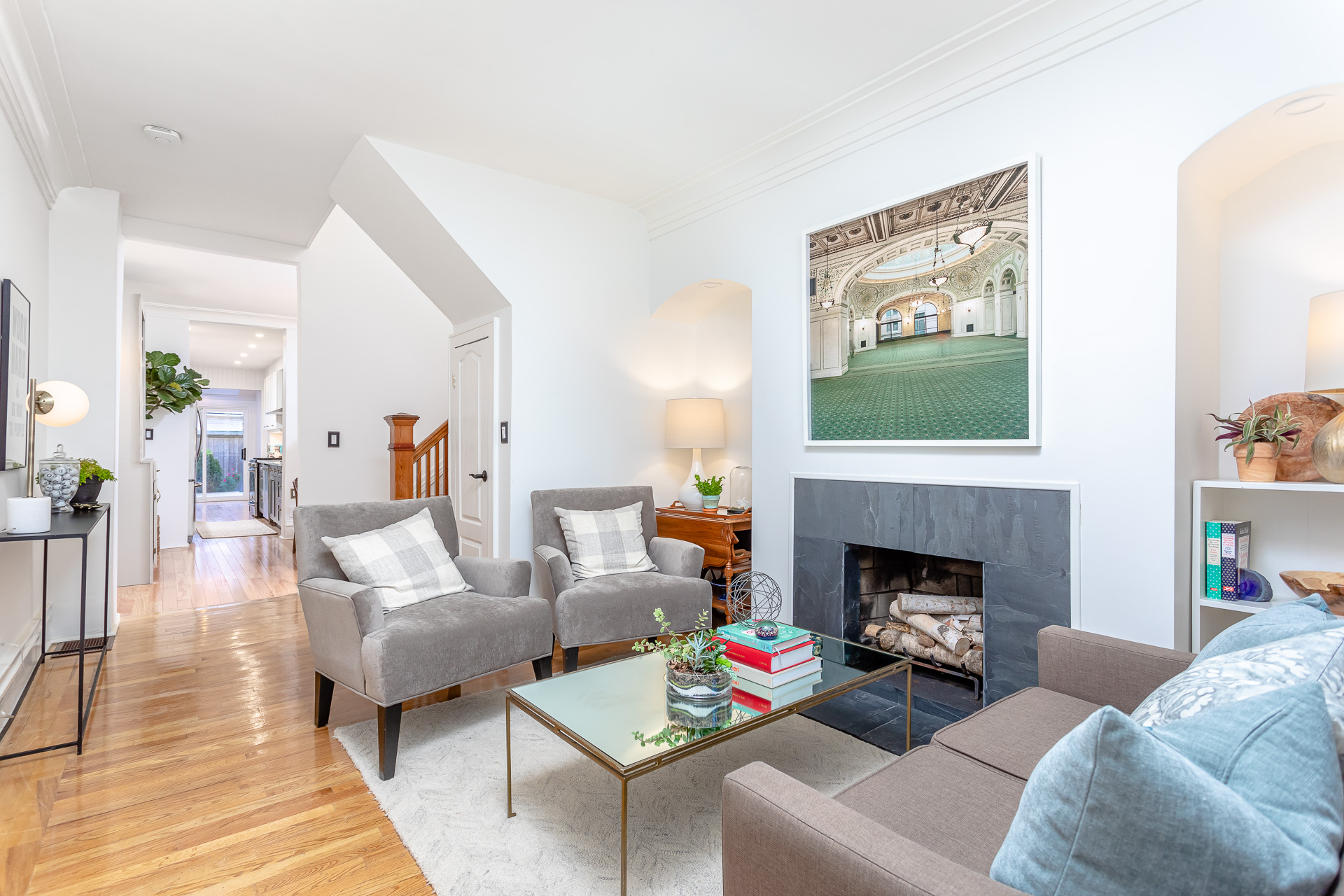 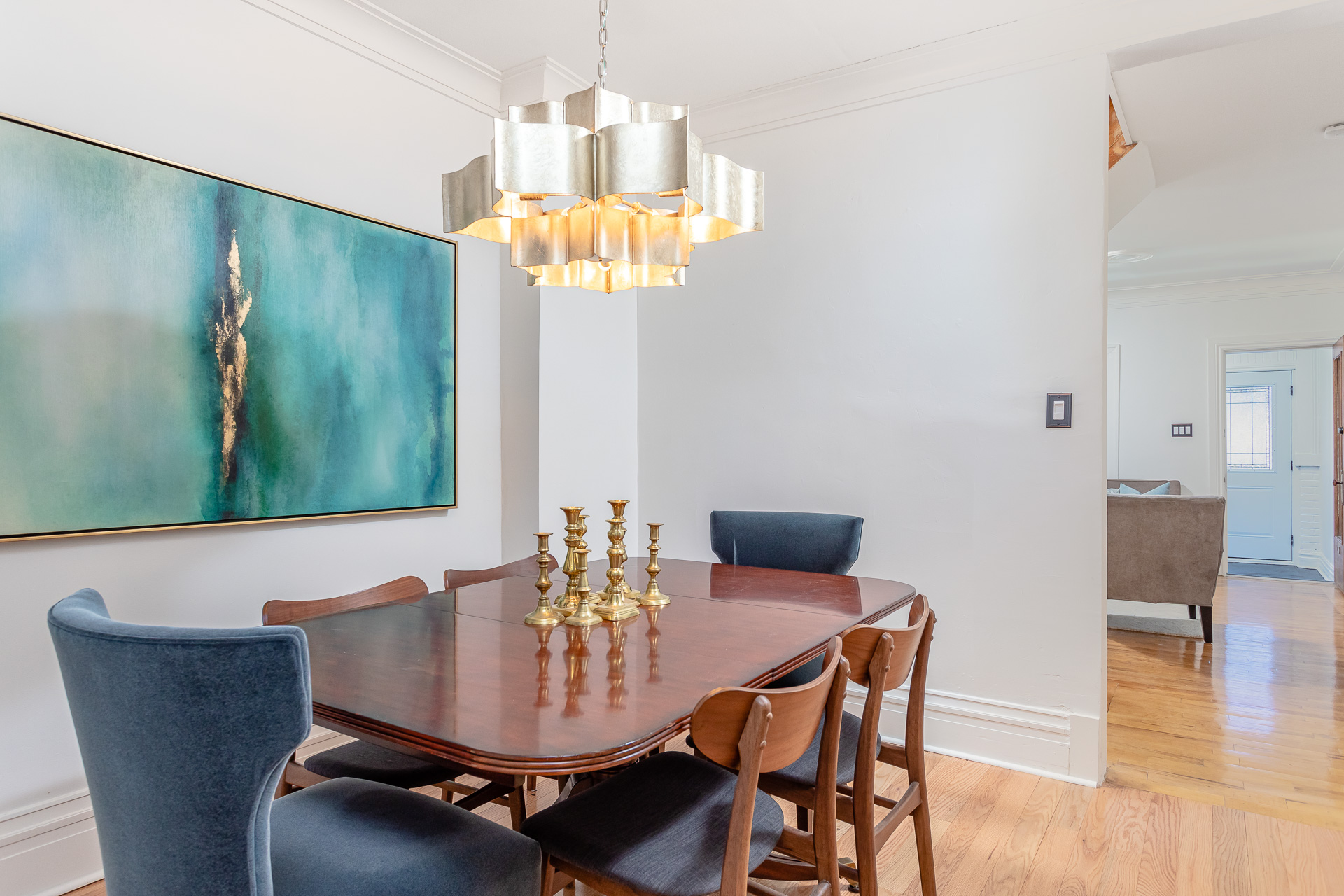 The galley kitchen, which was recently restored: 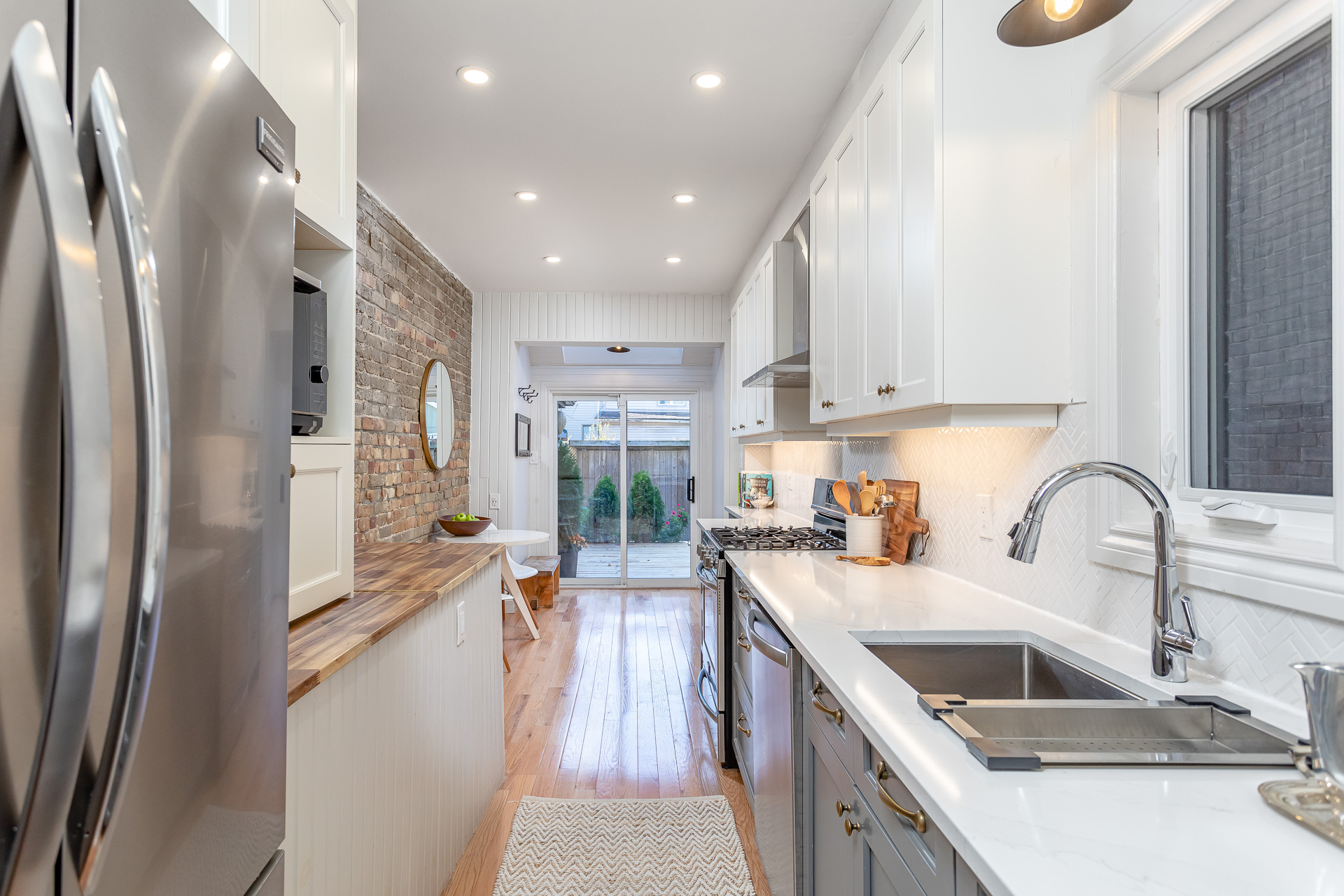 It has brand new stainless appliances: 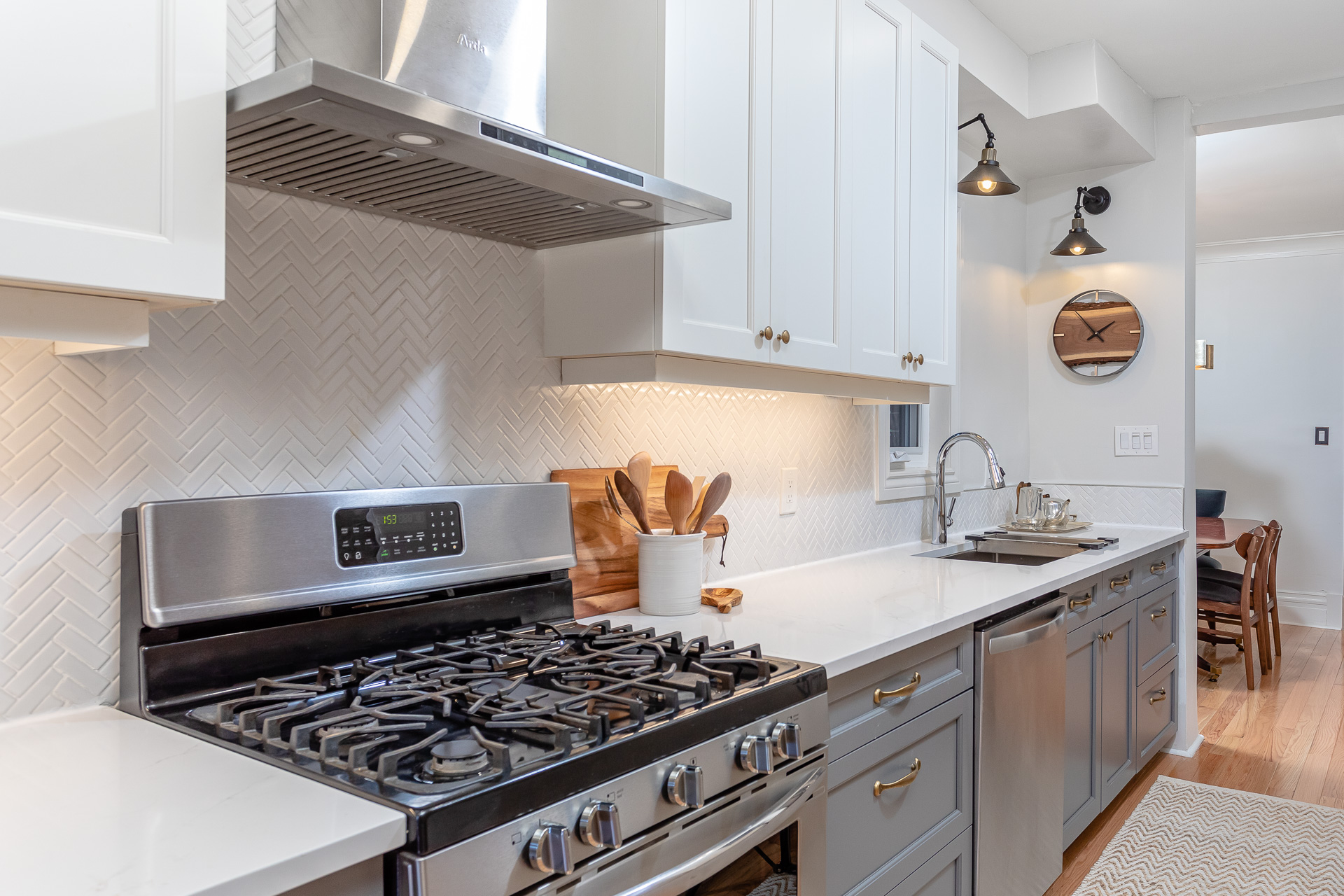 A nice exposed brick wall and an eat-in kitchen that opens out to a deck: 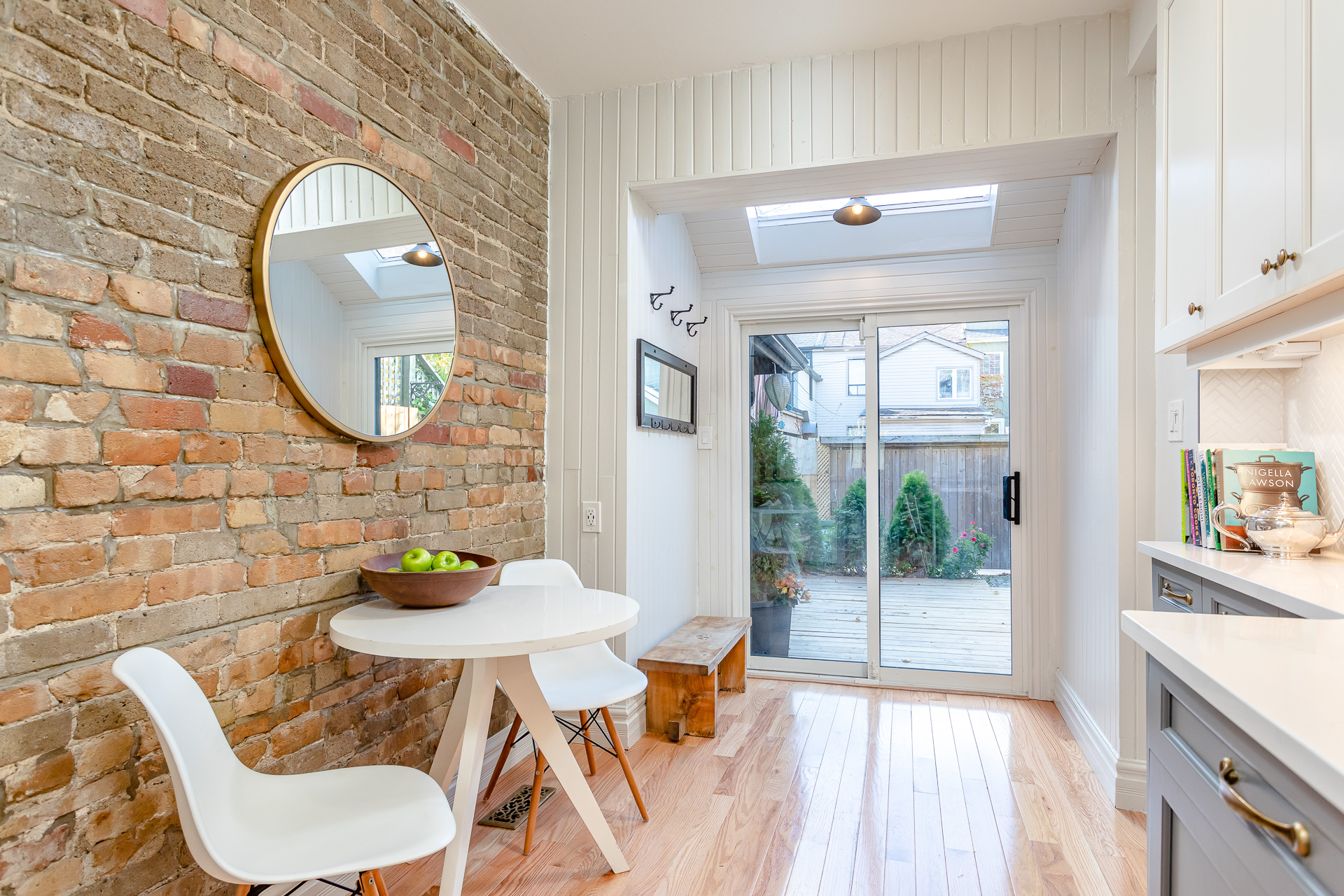 That nifty little half door, which leads down to the basement, folds up into a butcher block. The sellers mostly used the unfinished lower level for storage: 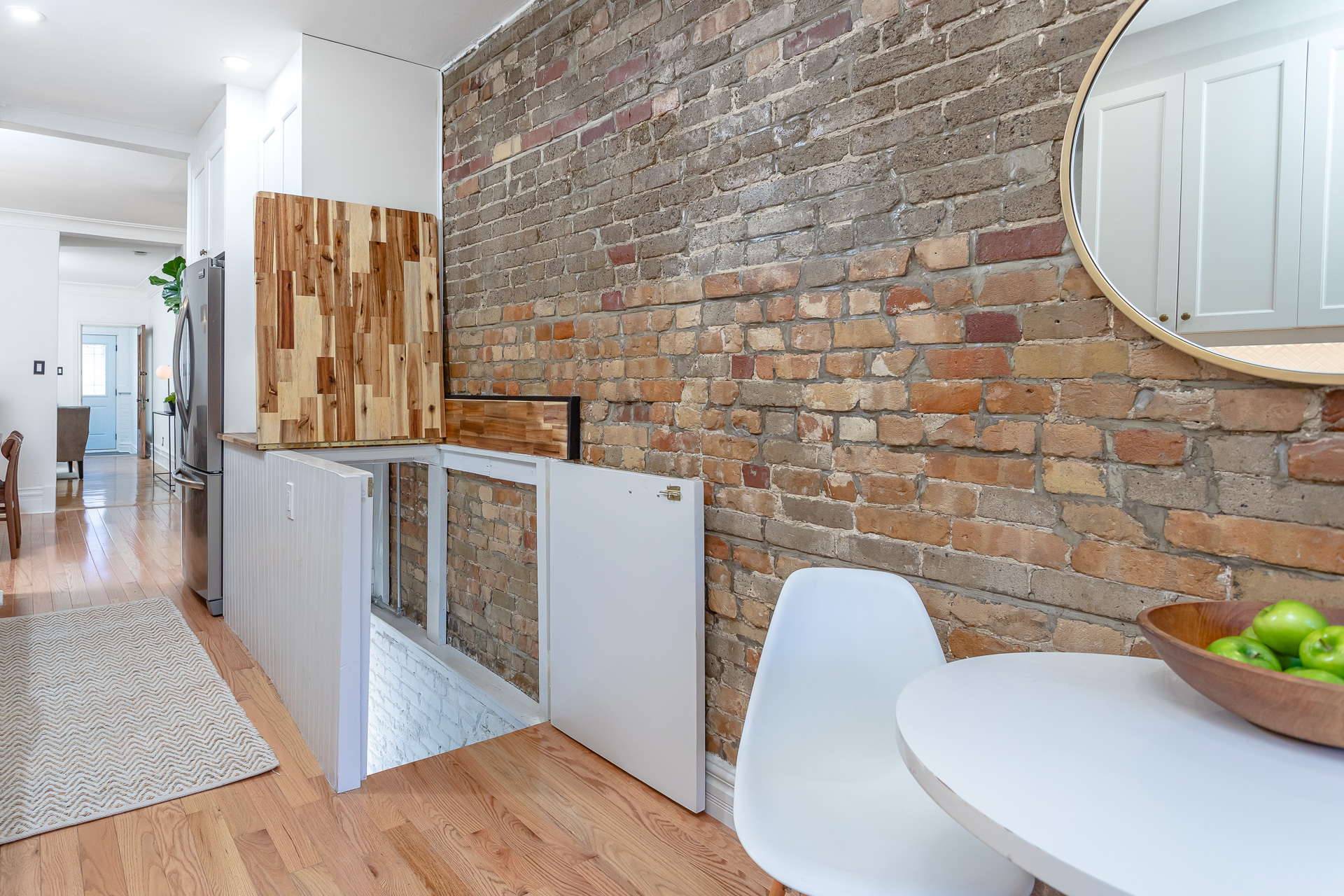 Here’s the family room that used to be a fourth bedroom: 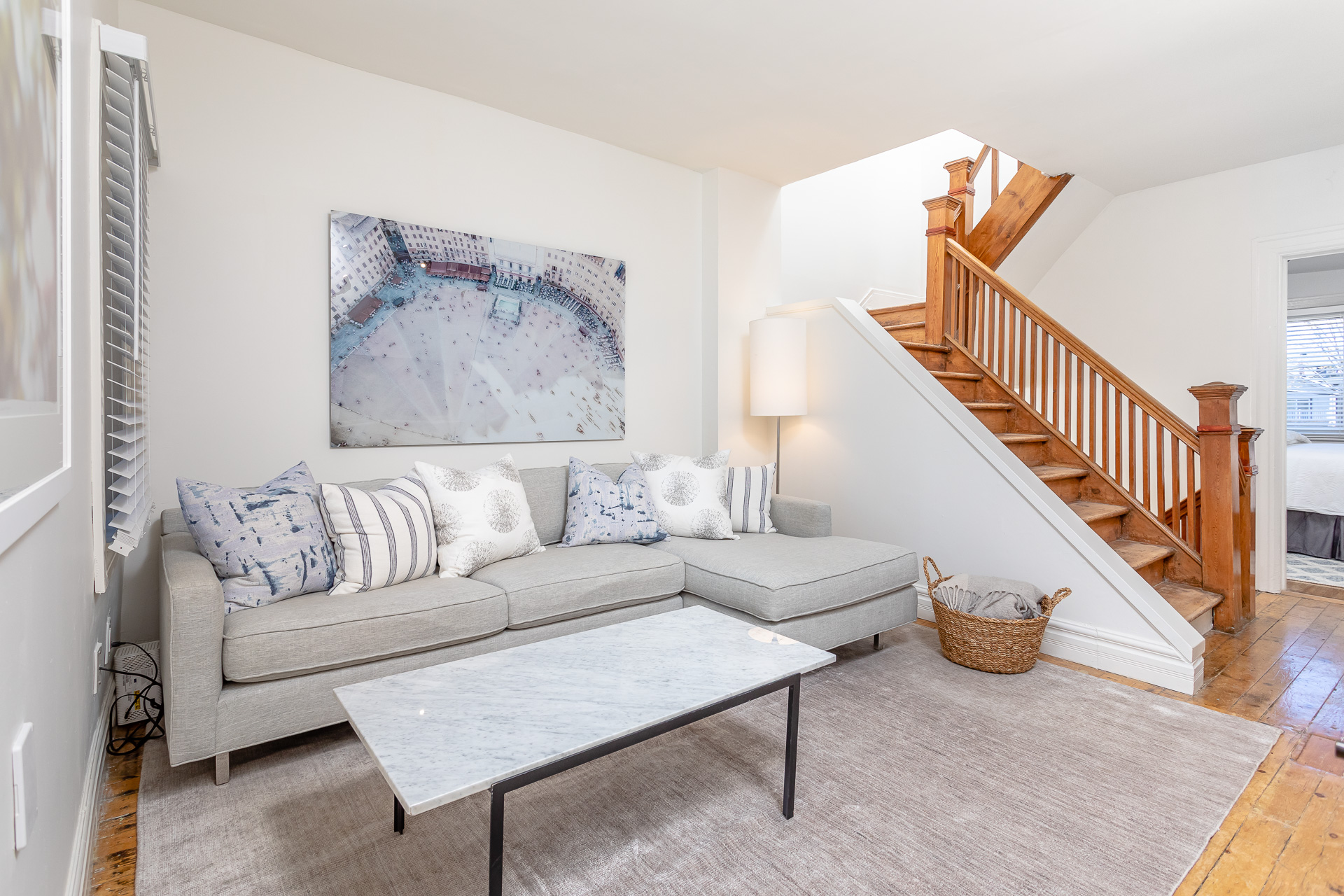 And this is one of two second-floor bedrooms, which could be livened up with a little art: 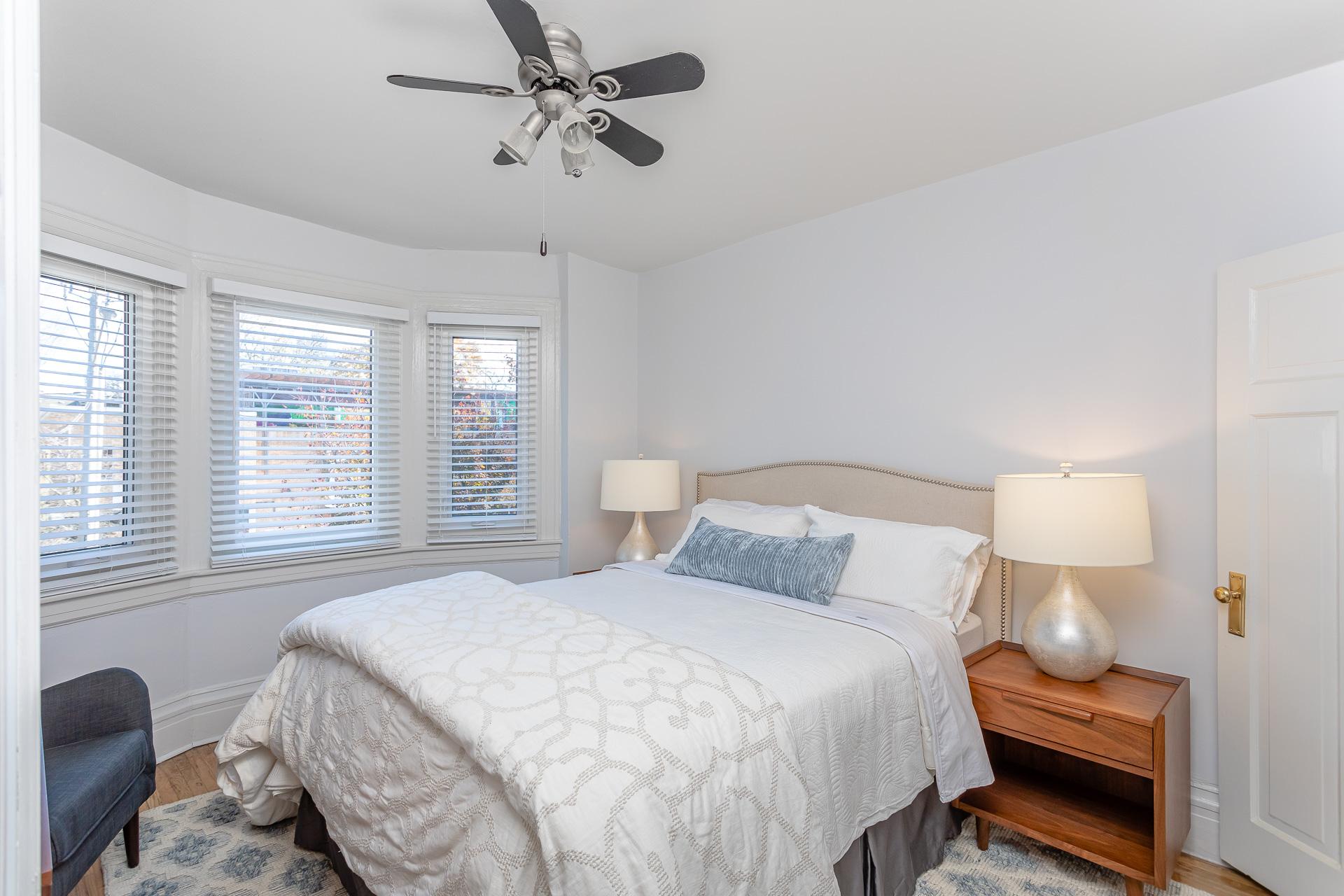 The other second-floor bedroom is small but tidy: 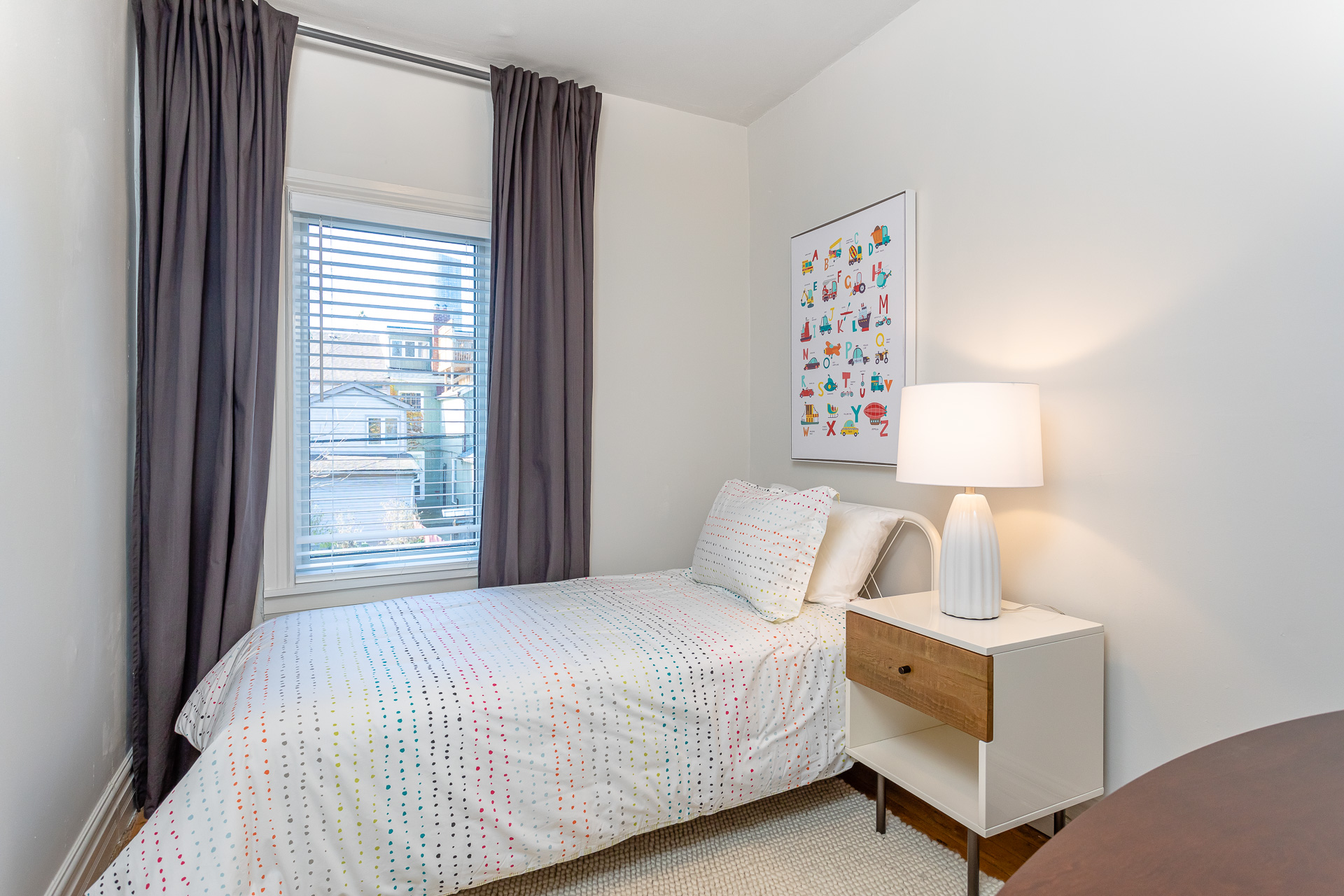 Here’s the second-floor bathroom, which has marble tiles in the shower: 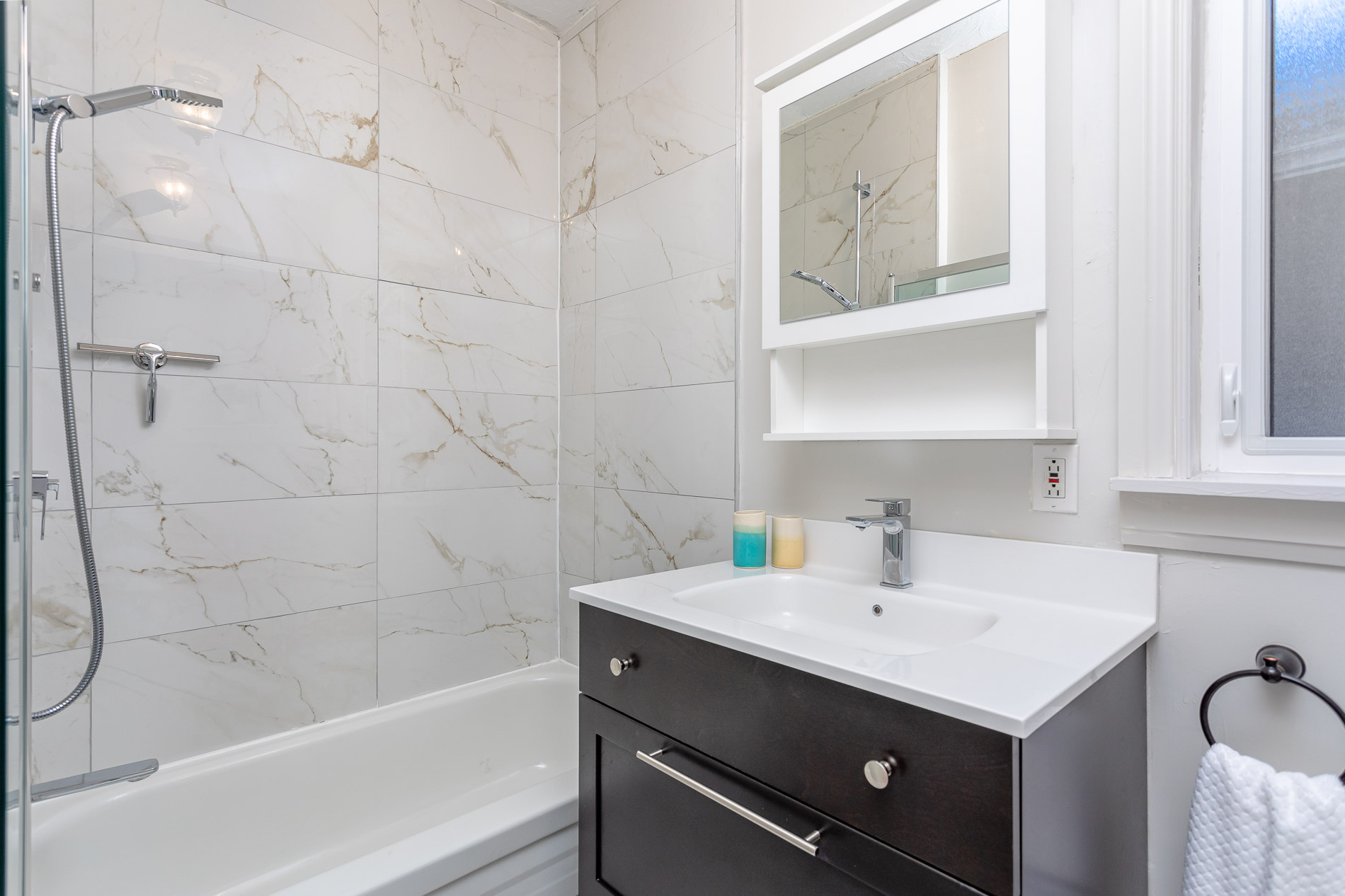 Check out the master suite: 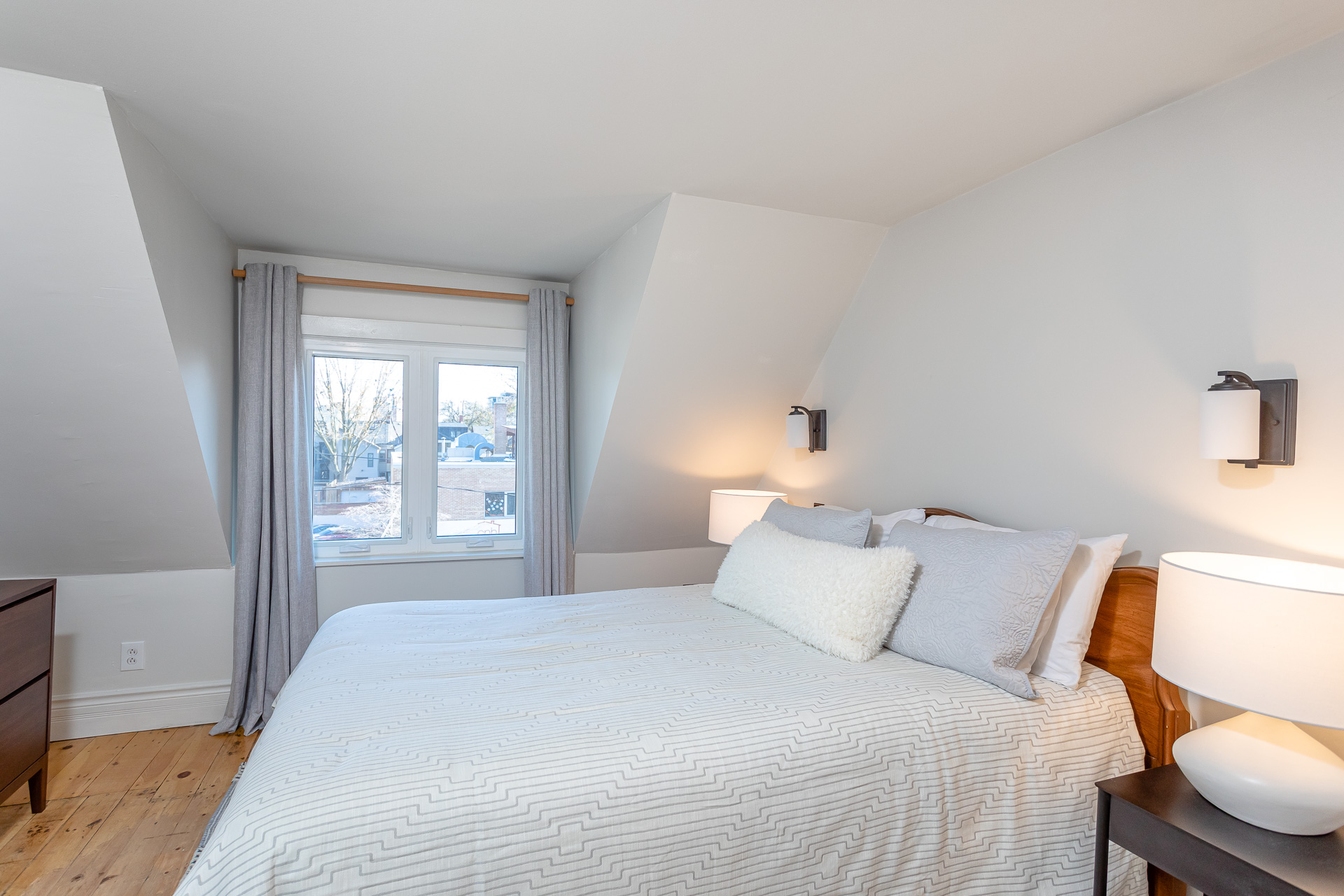 The master bathroom is rather quaint, with its retro glass block windows: 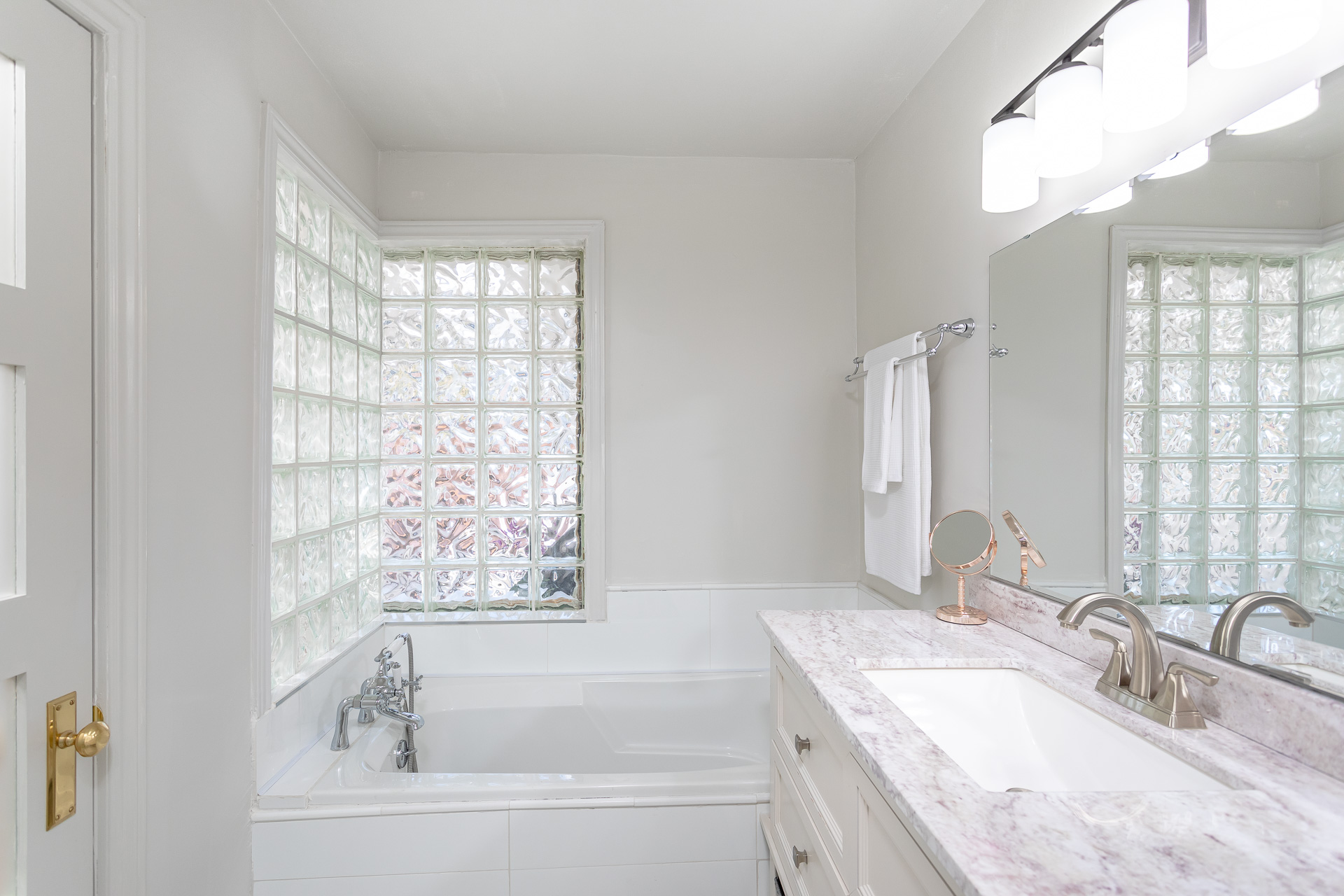 There’s a sunroom on the upper floor: 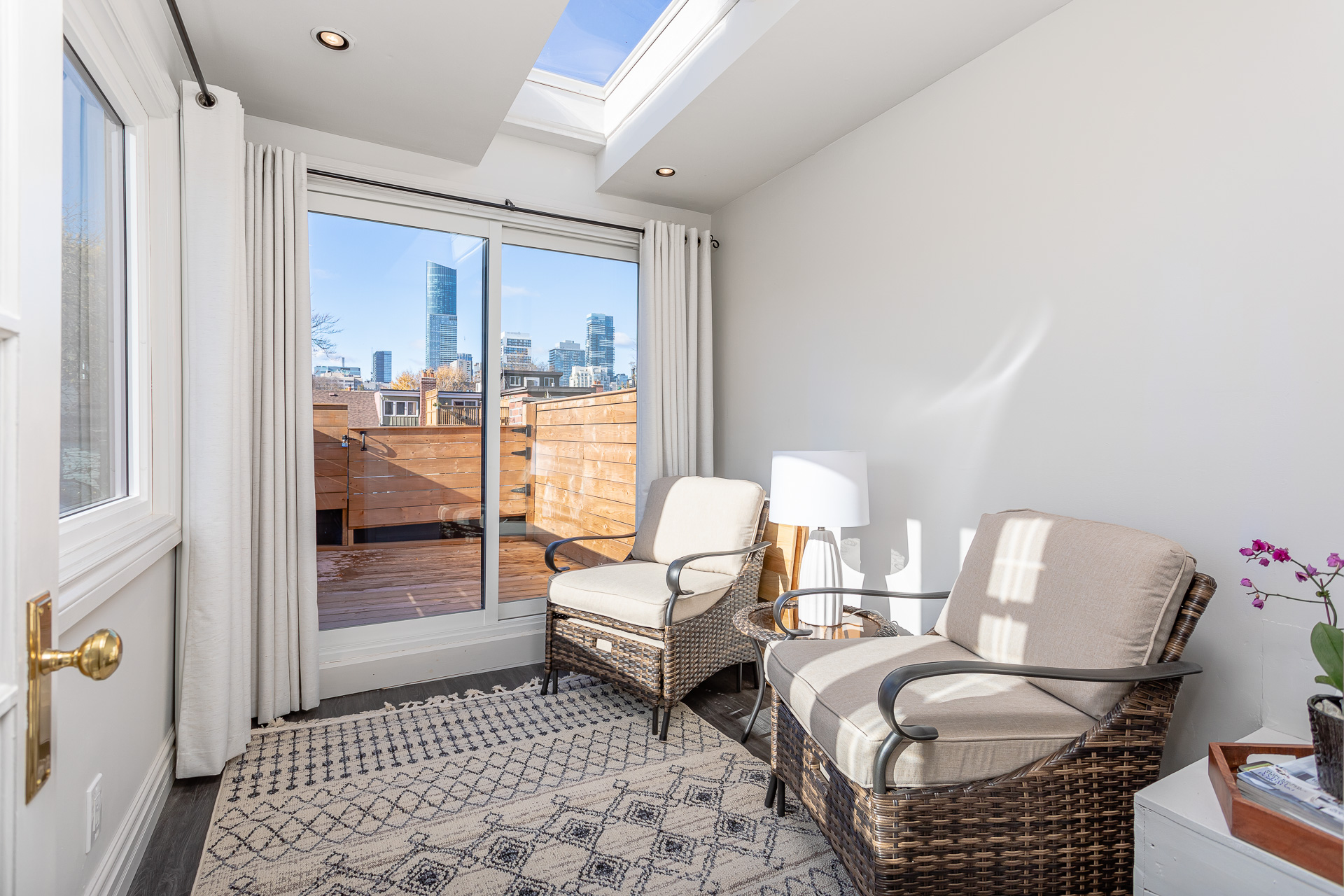 And a sundeck. Because, really, there’s no such thing as too much vitamin D: 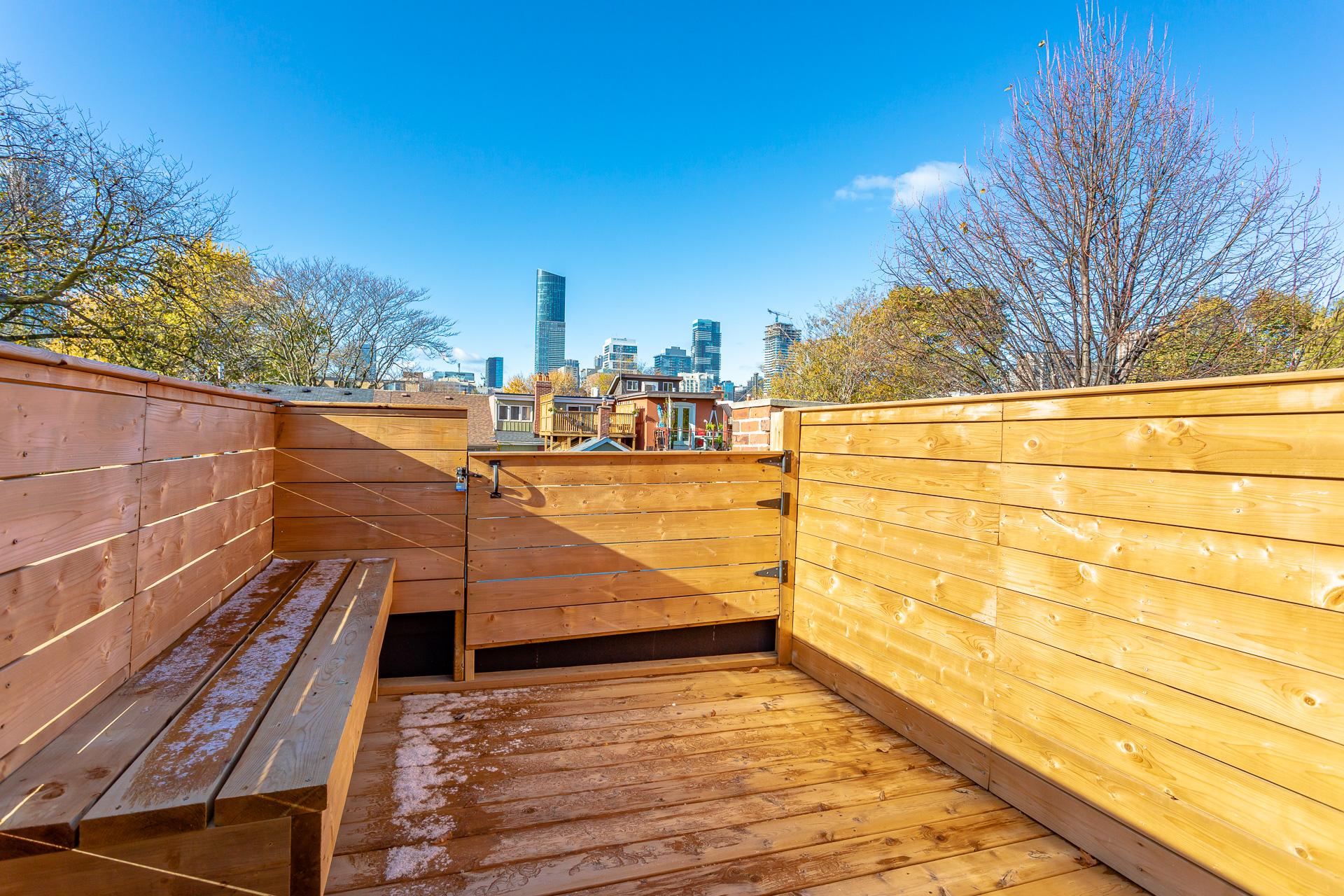 A bright and cheery backyard (at least in the summer): 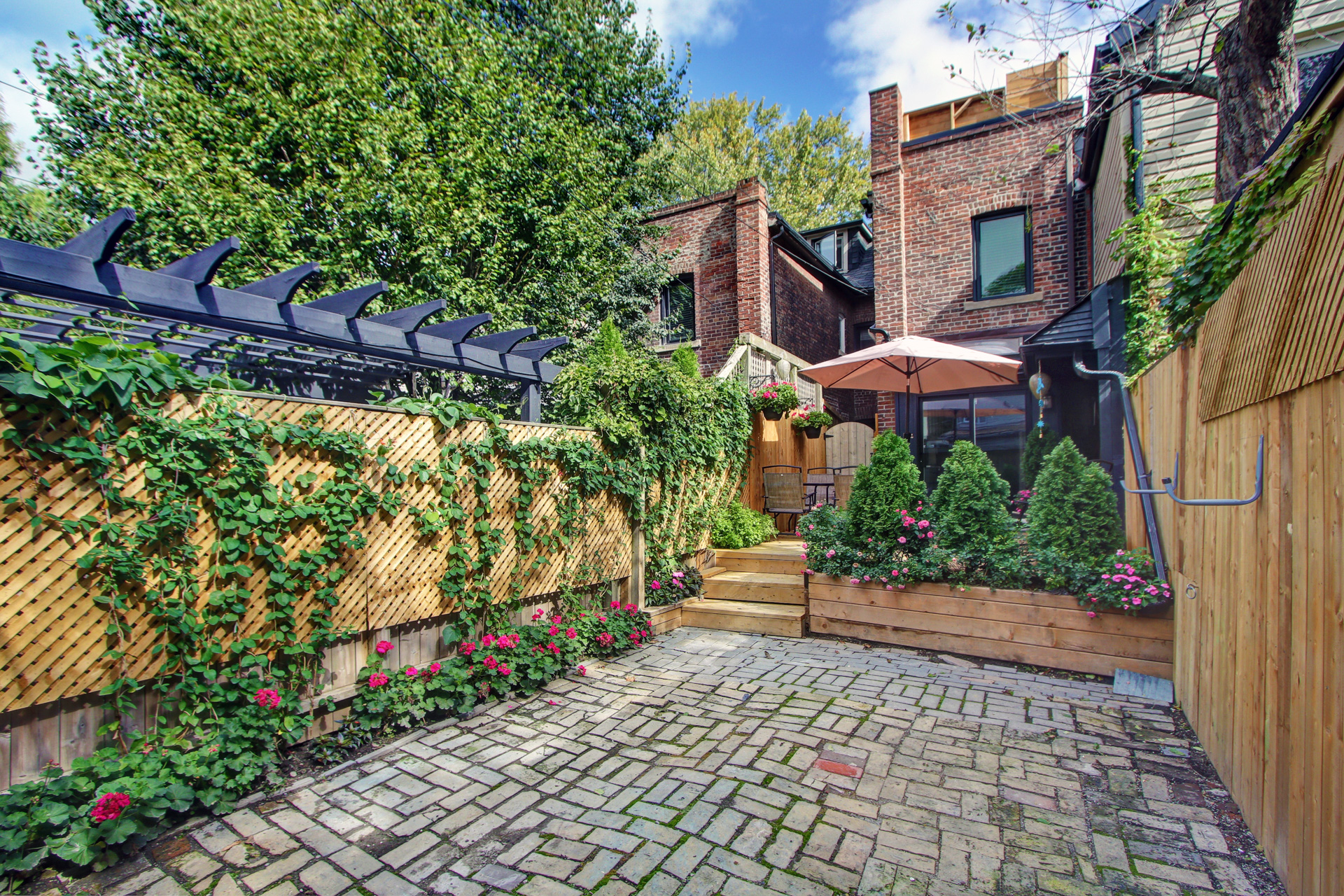 This gate slides back, which turns the courtyard into a parking pad: 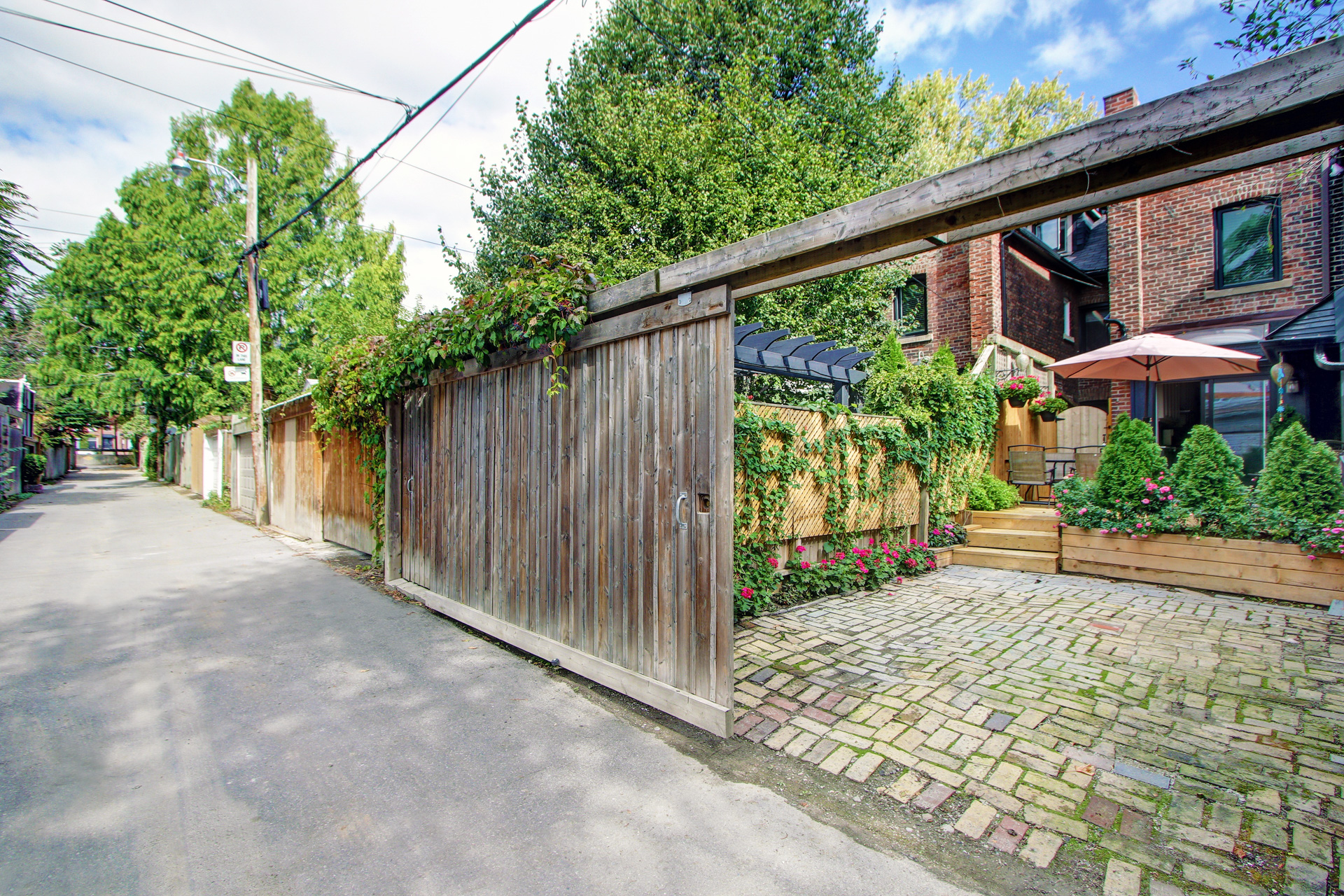 This home has a warm ambience, owing to the hardwood floors, fireplace, exposed brick and those two spots for sun on the upper floor. It’s the perfect place for snuggling up during the winter months.

Considering the lot is only 14 feet wide, it’s smallish for the price, but the place is in pristine condition. Perhaps the basement could be finished to add usable square footage.