“We covered 5,000 kilometres and four countries in a week”: When the pandemic hit, this couple drove from Guatemala back home to Barrie in a renovated van

“We covered 5,000 kilometres and four countries in a week”: When the pandemic hit, this couple drove from Guatemala back home to Barrie in a renovated van 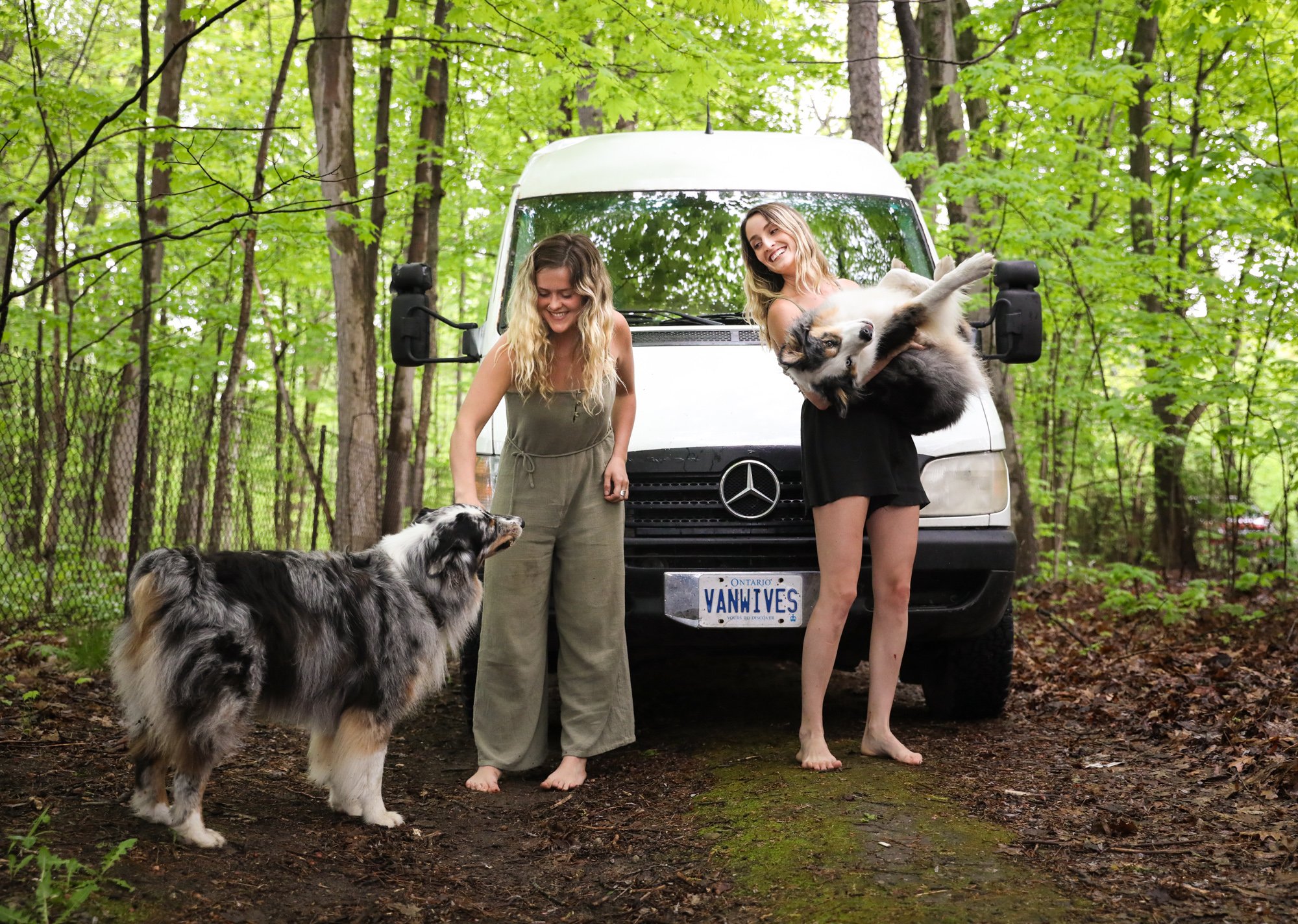 Who they are: Crystal Drinkwalter, 25; Jazmyn Canning, 26
What they do: YouTubers
The van: 2006 Mercedes Sprinter
Cost of van: $14,000 for a used van from Kijiji
Expenses: $900 per month for gas when travelling, $250 per month for van maintenance and upgrades, $80 (U.S.) for parking in U.S. national parks; $63 for Canadian parks, $30 per month for campground accommodations, $193 per month in Ontario; $77 per month in Mexico for car insurance, $90 per month for travel insurance, $83 per month for phone plans, $30 per month for Adobe software, $9.99 per month for music licensing at Music Bed
Income: $1,200 to $3,000 per month from YouTube ads and sponsorships
Cost to build van: $10,000 in upgrades including water-holding tanks, a sink, a counter and propane stovetop, cabinetry, a fridge, two fans, a window, a bed, a dog bed, solar panels, a 224-amp-hours battery, lights, a heater, an inverter, insulation, flooring and a solar shower

Jazmyn: We met in 2016 when we were both working as servers in Barrie. One day, after work, we went out for drinks. We had a great time and we were inseparable. Crystal was living with a friend at the time and I was with my mom.

In the early days of our relationship, we took a lot of road trips in my little Honda Civic—sometimes with my Blue Merle Australian shepherds, Bella and Izzy. The car was a little cramped, so we decided to upgrade our travel experience. I did some research and we realized we could live comfortably in a van. So we started talking about van life and joined the community of Overlanders—self-reliant tourists who explore remote international destinations. 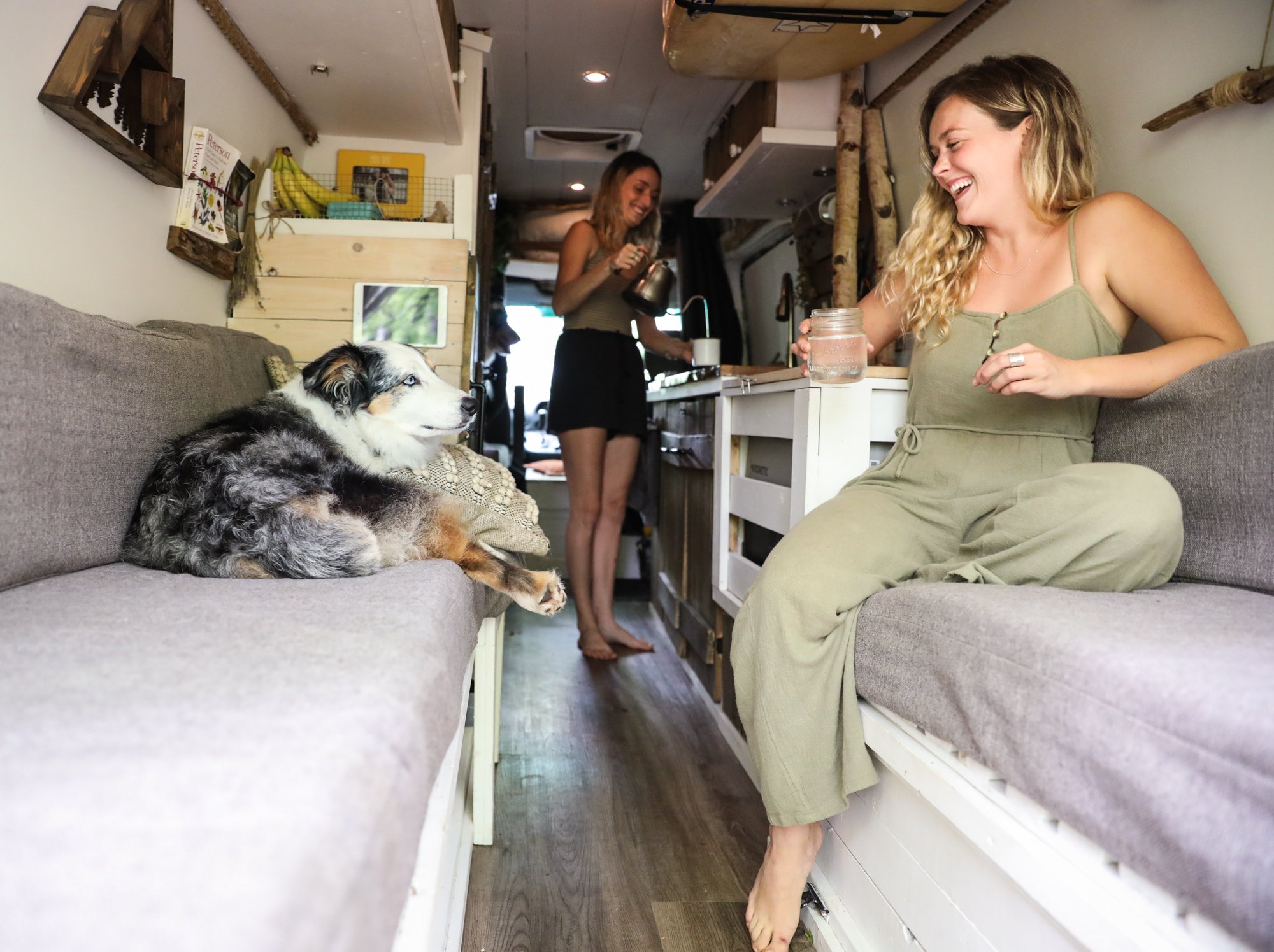 We found a 2006 Mercedes Sprinter van on Kijiji. In May 2018, we flew to Calgary to pick it up then drove back to Barrie. The van was basically a tin box—and it took us eight months to convert it. We cut every piece of wood and built everything ourselves. Since we had no prior experience, we watched Greg Virgoe’s van-building tutorials on YouTube. We ground out the rust on the shell, painted it and wired the van electrically. Then we installed a window, two fans, solar panels and insulated the van with spray foam. We built our own bed and installed electrical components, plumbing and a heater. Finally, we added in the panelling on our back doors.

In January 2019, we quit our jobs, and the next month we left our apartments and moved into the van to hit the road for a year or so. Our first destination was the west coast. We had no real plan, but wanted to eventually travel as far south as Argentina. We ended up falling in love with Vancouver Island, and got jobs for a couple of months before continuing on to Squamish, Whistler, Washington, Oregon and California. 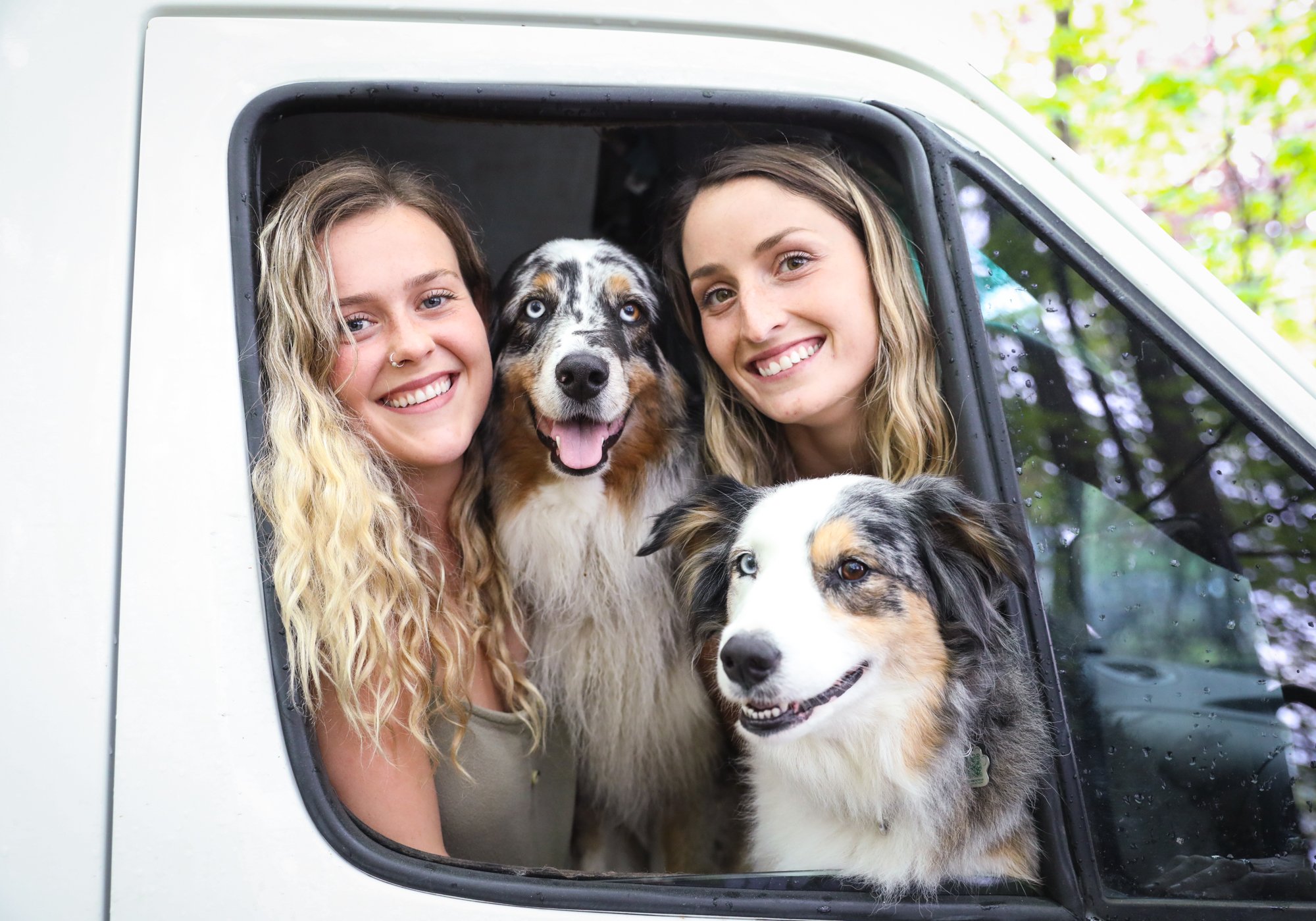 We parked at trailheads, Walmarts, parking lots off highways, rest stops, even hot springs. We had an unlimited data phone plan, and often went to cafés to use their internet. We used a solar shower, but sometimes went to rec centres and gyms—they have drop-in fees. For bathrooms, we  occasionally pulled over at rest stops, but usually, we’d use the no-trace method, where we’d dig a hole to use the bathroom. We never really had problems finding water because we have iOverlander, an app that connects tourists with resources. We lived in the van for a year before we started documenting our life and travels on YouTube. Now, we have 28,000 subscribers, and YouTube is our main source of income. 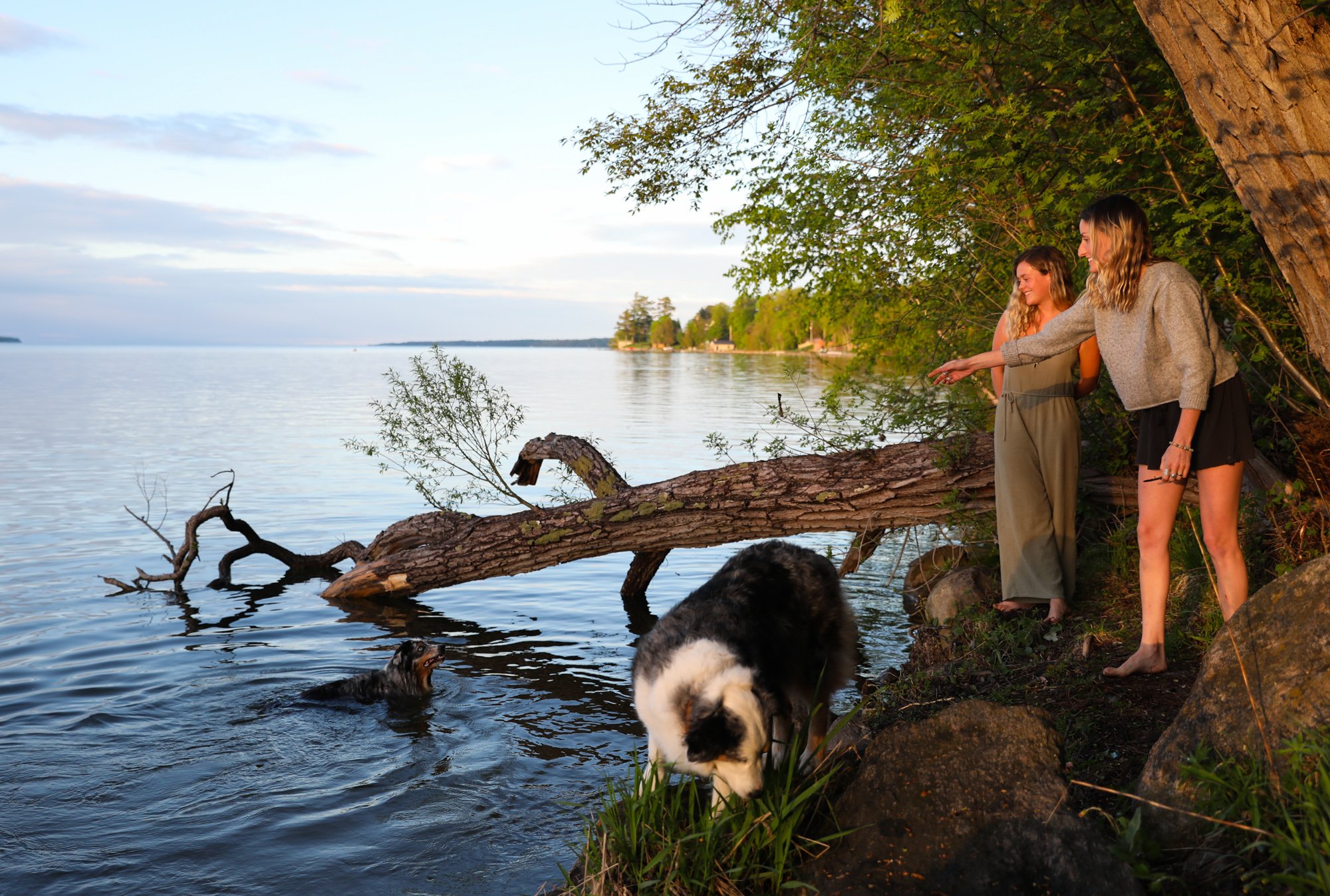 For us, it’s about being in nature, not in a van. We’ve hiked the jungle in Sayulita, Mexico. We went surfing in Tofino. We snowboarded in Ontario. We also went foraging on Vancouver Island. We’ve found salmonberries, thimble berries, wild leeks and morel mushrooms. Sometimes we make jams with the berries and sometimes we just eat what we find.

We’re proud to be an LGBTQ couple, and our licence plate reads “VANWIVES.” We haven’t experienced any homophobia while travelling, except one time when we were crossing into America, and the border guard said, “It’s a shame you two are gay.” It was pretty nerve-wracking. We just took our passports and left. After that, we contemplated changing our licence plate but decided not to—it has brought us so much joy. 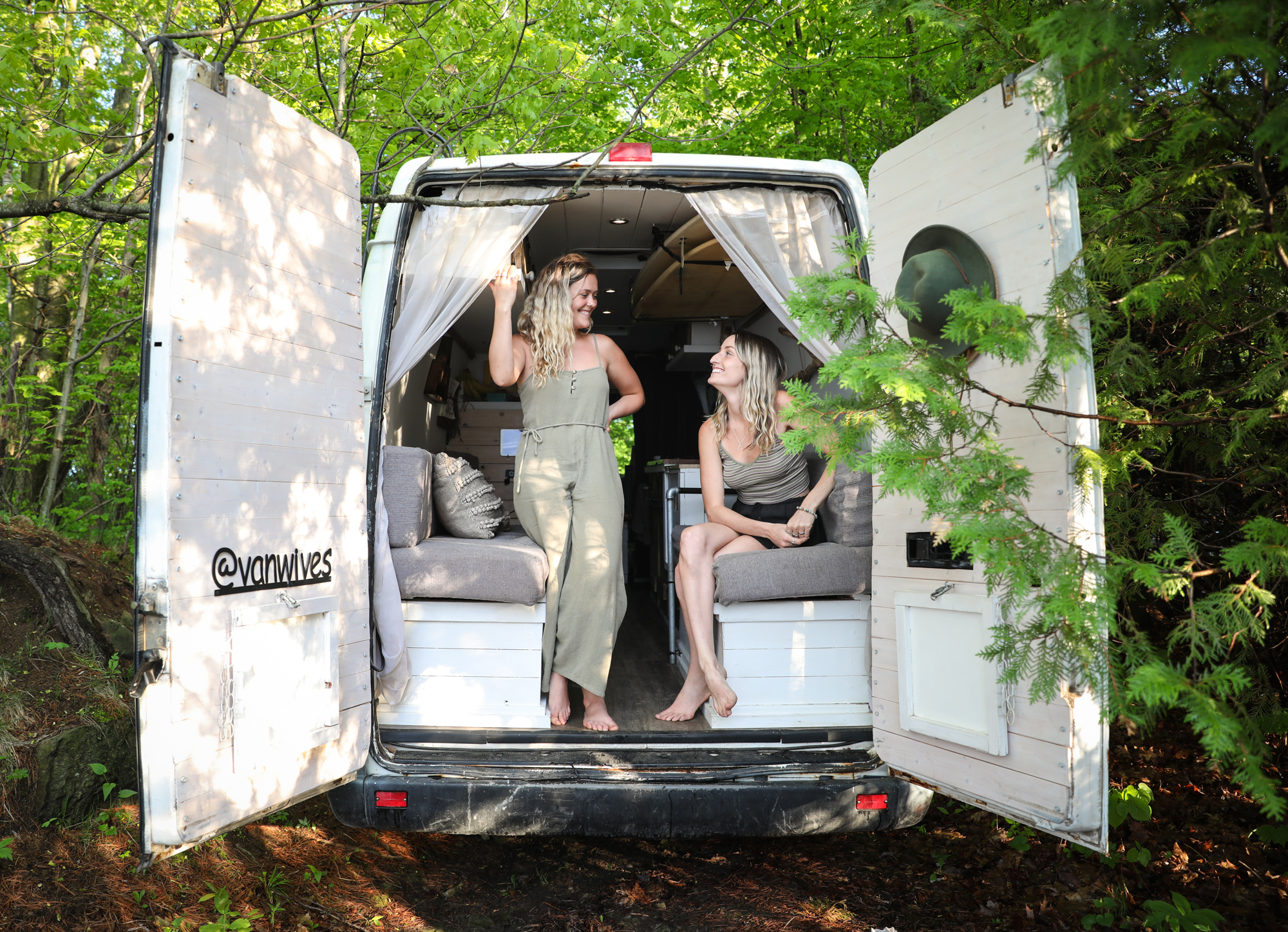 We were in Guatemala when the pandemic hit in March. Our parents messaged us about what was happening in Canada, but we didn’t have many options at the time. If we were going to fly, we had to figure out where to store the van and what to do with the dogs, because only service dogs were allowed to fly. Besides, we heard people were purchasing airline tickets but the planes weren’t taking off. We didn’t even think to drive—we figured the journey back would have taken too long. Then we woke up one night and with the snap of a finger, flights were cancelled and the whole country was shut down. Justin Trudeau had scheduled a repatriation flight to Guatemala, but the van is our full-time home, with all our belongings and our dogs, and we didn’t want to leave it all behind. At the time, we didn’t realize the land border was still open.

The country set a curfew: everyone needed to be at home between 4 p.m. and 4 a.m. It was mandatory to wear a mask at all times, and people were being stopped on the road by police. It was hard to be in the van, and not in our own country. We didn’t have a place to park, which was tough because we needed to fill our water tank to stay off-grid for a week and a half. A lot of people became fearful of foreigners, because they worried we were carrying the virus. We ended up going to a hostel in Guatemala City. We parked outside on the street and owner let us use the facilities and WiFi. 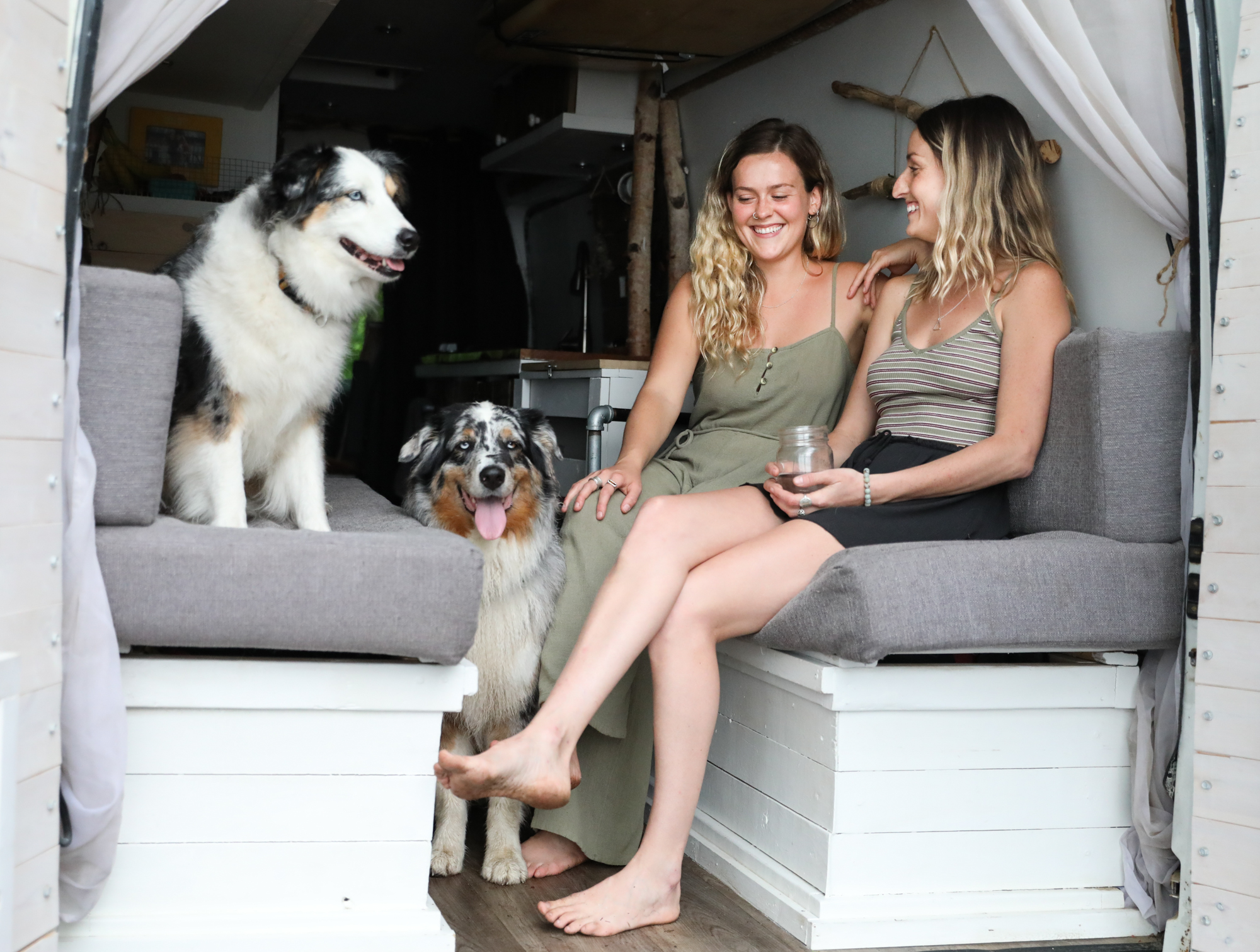 We were lucky when one of our Guatemalan YouTube subscribers reached out to us and invited us to stay on her family farm. They replenished our water and gave us supplies as we needed. By mid-March, the Guatemalan government had announced it would close the borders for over two weeks soon. We decided we had to leave. The Canadian government had issued a no-travel advisory and our travel insurance was cancelled. We were also worried the van could break down if we tried to complete the 5,000 kilometre-journey in a short amount of time. Then, on March 23, we called the U.S., Guatemalan, Mexican and Canadian embassies, who all gave us the okay to cross their borders in our van. We packed up in five minutes and said our goodbyes. 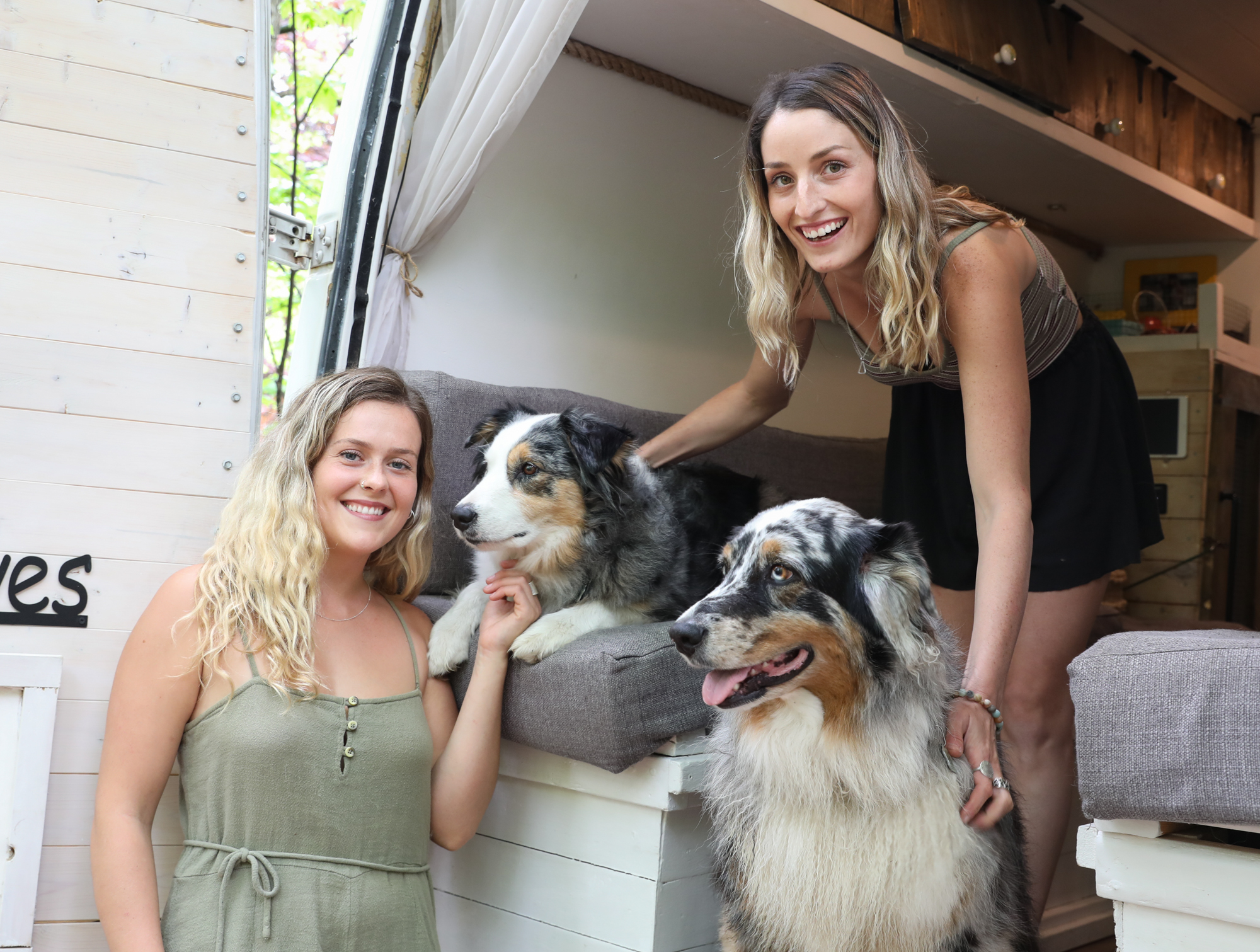 The journey was eventful. We were stopped by the police eight times on the road in Guatemala to make sure we were wearing our masks. Then, when we got into Mexico, everyone thought we were sick because we were wearing masks—the Mexican president had said you didn’t need masks if you weren’t sick. We got a lot of weird looks.

When we got to the U.S., we were concerned about catching the virus because their case numbers were high. We stocked up on supplies and avoided going to grocery stores. It took us seven days to make it back to Barrie. Once we got home, we self-isolated: our family did our grocery shopping for us and we picked it up from the sidewalk. A friend let us park outside her cottage near Barrie since our families didn’t have room. There wasn’t any snow on the ground but it was still pretty cold. We spent a lot of evenings sitting around a fire.

During our self-isolation, we were parked outside and didn’t have access to facilities so we didn’t shower for 14 days—we had to take sponge baths with our solar shower. Two weeks later, we were free to leave. Now, we’re spending time with my mother and parking outside of my grandmother’s place. We are considering installing a toilet in the van so we don’t have to rely on family.

Things have really changed for Overlanders since we left. There have been protests against tourism in Mexico, and foreigners are having a hard time getting their rigs and their RVs out of the country, because locals are piling rocks in the middle of the roads. We’re lucky we got out when we did. 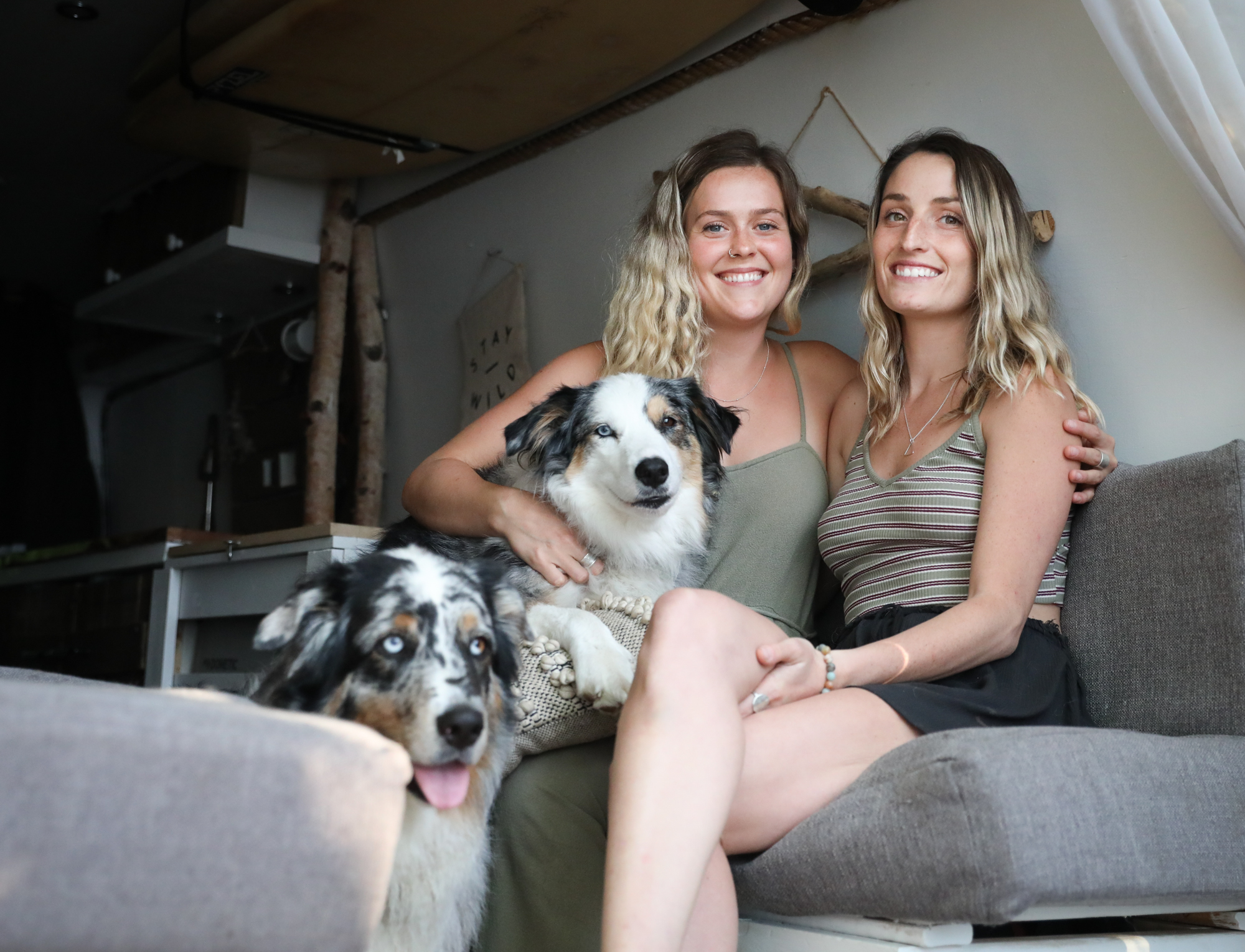 Now that we’re home, we’re trying to post more YouTube videos. In the last week, we’ve been to Bruce Peninsula, Algonquin and Tiny Marsh. Day trips feel like the right thing to do because we want to make as little outside contact as possible. At Algonquin, we did a 10-kilometre hike and saw a moose. The dogs are really happy to be walking their favourite trails again.