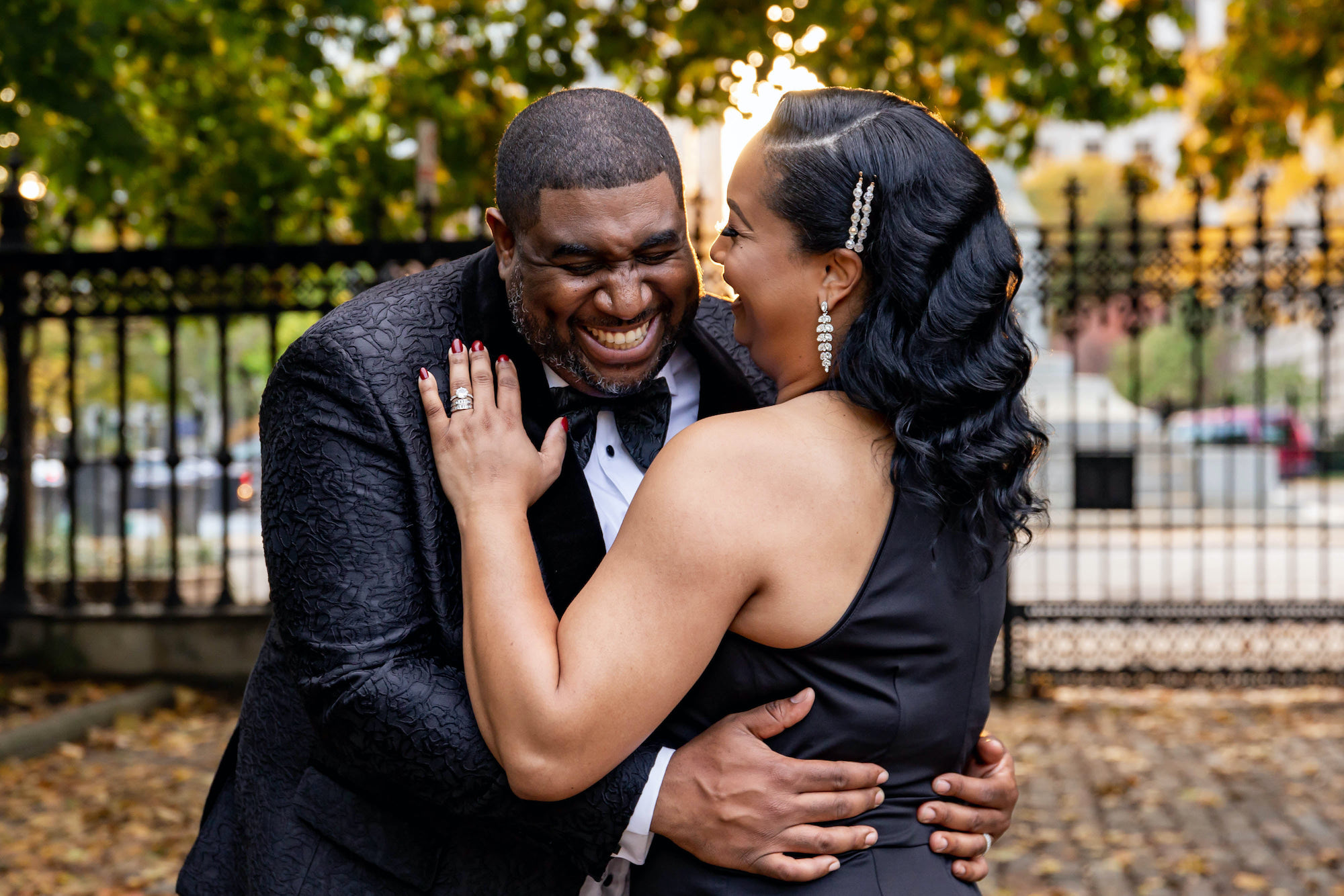 Treasa Brown, founder of Leigh Event Group, wanted to throw an unforgettable 45th birthday party for her husband, Kevin Brown, a manager in the entertainment industry. The big day was in October 2020, but Treasa started planning more than a year before, organizing a 200-person rooftop party. When the pandemic struck, she changed gears, arranging an intimate evening for two at the Shangri-La with a chauffeured ride to the hotel, regal black and white decor and a private dinner. Here’s how it unfolded:

Treasa: We met Canada Day weekend at the Phoenix in 2000. At around 2:30 a.m., when my friends and I were leaving, I saw Kevin in his car, driving up Sherbourne Street, and felt an instant connection. I looked over, and he smiled through his car window. It was like everything around us had stopped. He had these dimples… still has them.

Kevin: It felt like it was meant to be. As she started walking away, my instinct was to follow her. The street was packed and people were honking at me for driving too slow, but I didn’t care.

Treasa: I was in my car when he tapped on my window. I cracked it down, and he politely asked for my number. I told him he could give me his instead—so he wrote it down and slid it through the opening.

Kevin: When we met for our first date, that was it for me. I knew she was the one.

Treasa: I’m a really hard shell to break, but around him I felt like melted butter. I have a son, who was four at the time, and a few months after I met Kevin, we all went on a date to McDonald’s together. They immediately hit it off, which was a good sign. Kevin and I had a son together in 2001, and we got married three years later.

Over the years, my career involved a lot of travel. Kevin was always incredibly flexible and supportive. There were times when I would land at Pearson and have to hop onto another flight immediately after. Kevin would drive to the airport from Whitby, swap my suitcase and drop me off at the next terminal without a single complaint. He was going to turn 45 in October 2020, so I started planning a year early to show how much I appreciated him. I arranged an extravagant rooftop party with all his friends and family. Of course, as we watched the news throughout February and March, I quickly realized it wasn’t happening. I knew I had to make a Plan B, so I started thinking about an intimate celebration for just the two of us at the Shangri-La.

Kevin: I didn’t know the details for the rooftop party, but I knew she was planning something. Every year, we one-up each other on our birthdays. 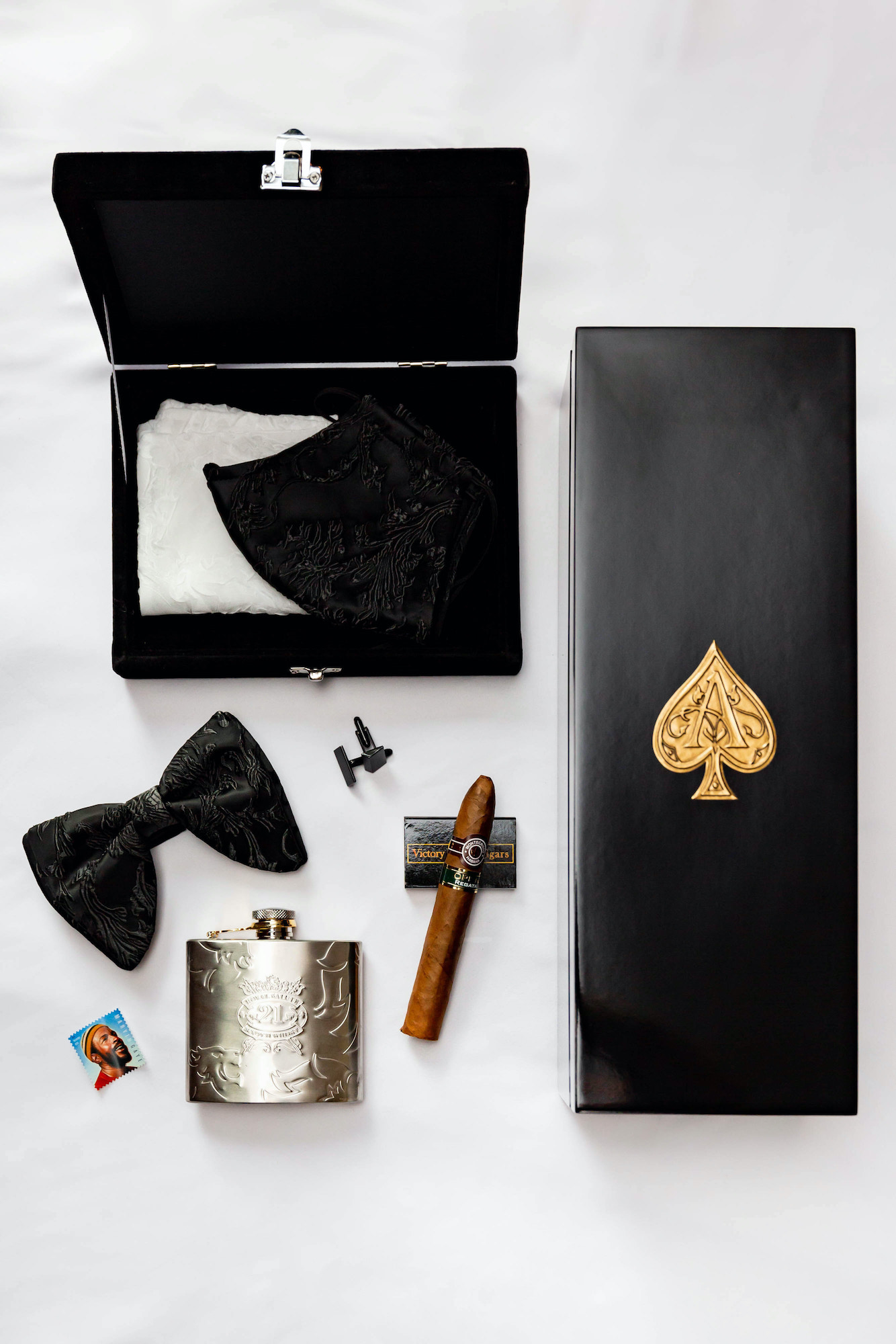 Treasa: I wanted every element of the day to be a surprise. On his birthday, I gave him a quick kiss goodbye before he headed out for work as an operations manager and tried to act really casual. Then, I checked our outdoor cameras to make sure his car had pulled out of the driveway, and once the coast was clear, I made my way to the hotel and got to work on the room with my Leigh Event Group planning team.

Kevin: When I got home that afternoon, I saw a bunch of presents in our bedroom. They were all really sweet and personal, but the notes had strict instructions on them like “Be ready by 3:05 p.m.” and “Be out of the house by 3:15 p.m.” She’s such a planner. I rushed around, but I didn’t know what she had planned or where we were going. Once I was ready, Treasa called me and told me to look outside. There was a gorgeous drop-top Rolls-Royce Ghost waiting for me. I jumped in and tried to bribe the driver to tell me what Treasa’s plans were, but he wouldn’t budge. Once we hit the DVP, I knew we were heading downtown. Then he pulled into the Shangri-La. I stepped out of the car and saw cameras everywhere; I was so confused. Treasa’s team—all masked and socially distanced, of course—yelled out “Surprise!” and took a few photos and videos. Then, Treasa’s assistant came up to me and said I needed to head upstairs to stay on schedule. 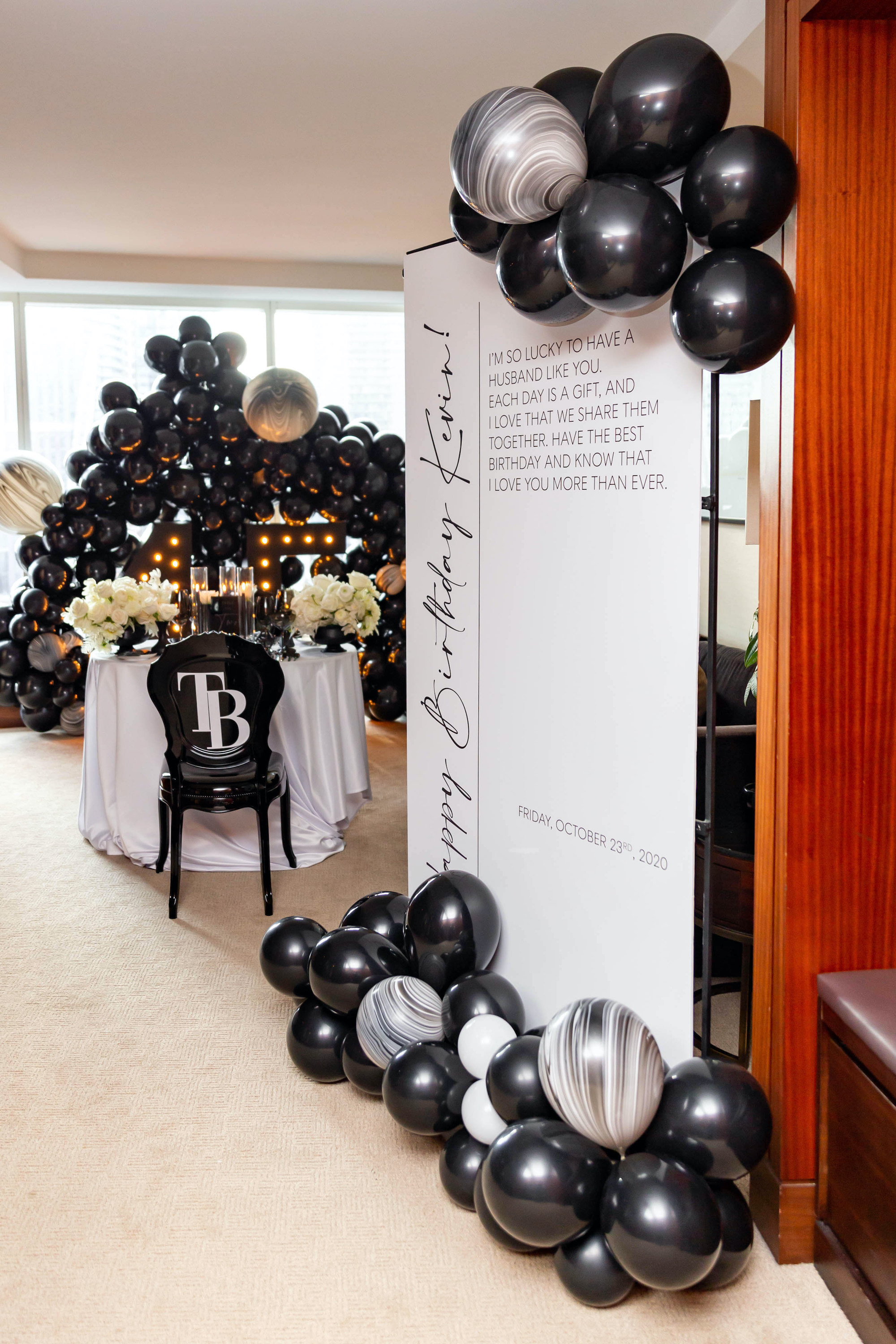 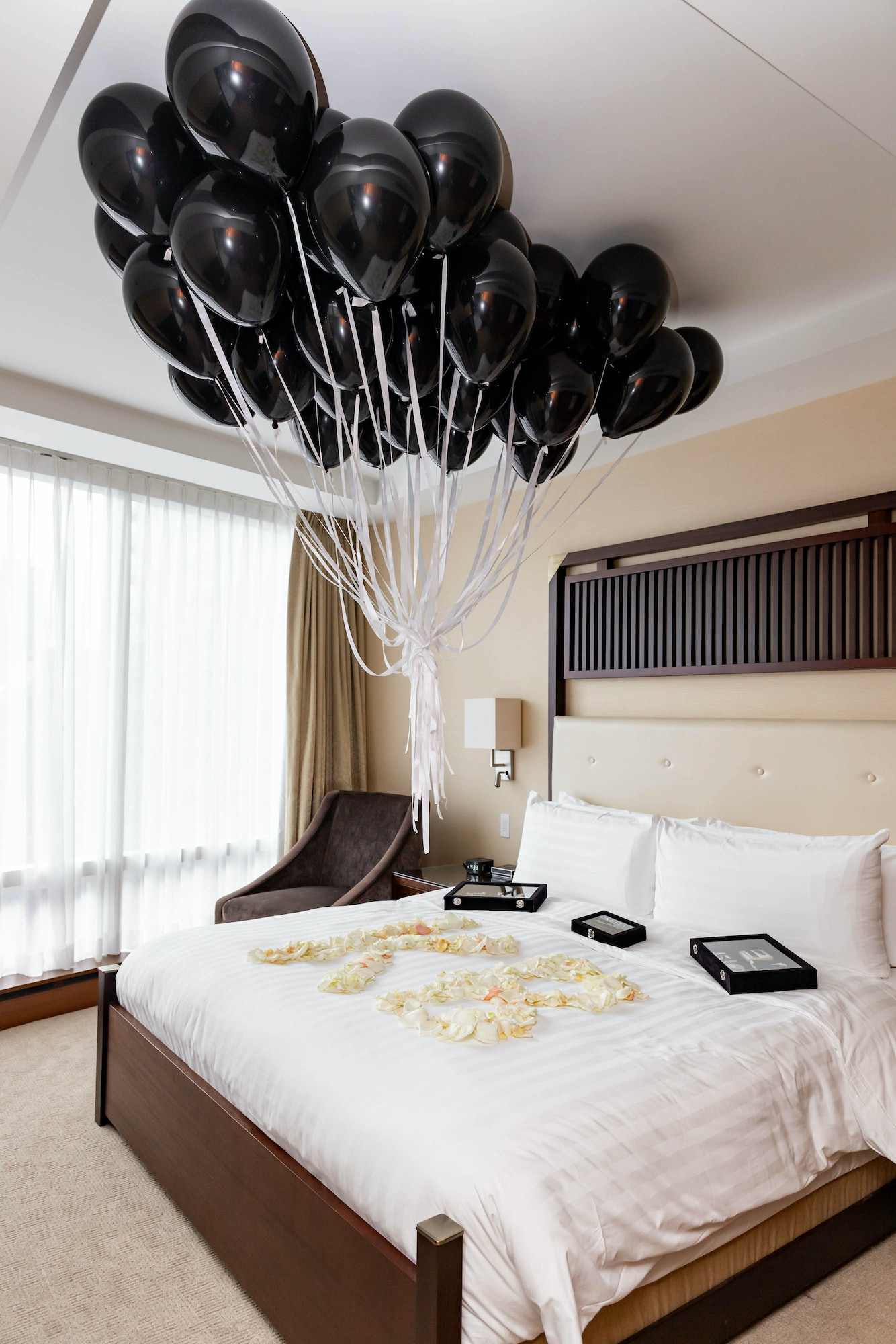 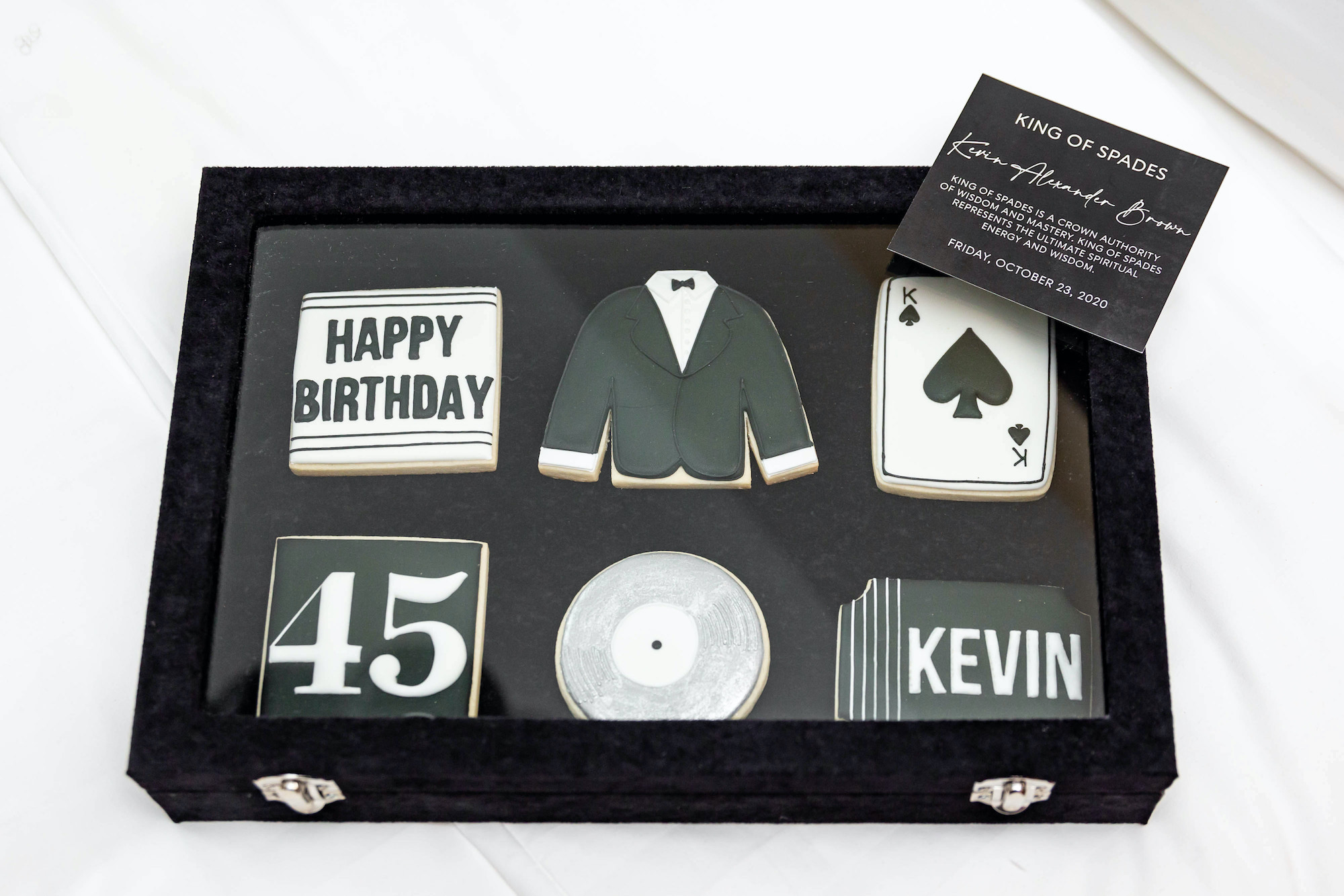 Treasa: I’m a well-oiled machine. Upstairs, I had decorated the suite from floor to ceiling with a regal theme fit for a king, including his initials in rose petals on the bed, black balloons, and his favourite sugar cookies from A Sweet Little Bite iced with his name, his age and a king of spades card. I even organized a special cocktail for the evening called the King of Spades made with champagne, gin, lemon juice and simple syrup. I also ordered a custom-made suit, bow tie and pocket square for the occasion, which Kevin quickly changed into. Then, I had planned for us to have a couple’s photo shoot, followed by a private dinner in our suite; we had burrata salad, Atlantic salmon and roast chicken cooked by the hotel’s chef.

Kevin: When I first opened the door to the room, I was amazed. The decorations were gorgeous, but I was mainly impressed by how much thought she put into everything. She even got my favourite Ace of Spades champagne and lemon-raspberry layered cake. The whole day was amazing and felt so personal to me. I especially loved the couple’s photo shoot. I love when we get our photos taken. 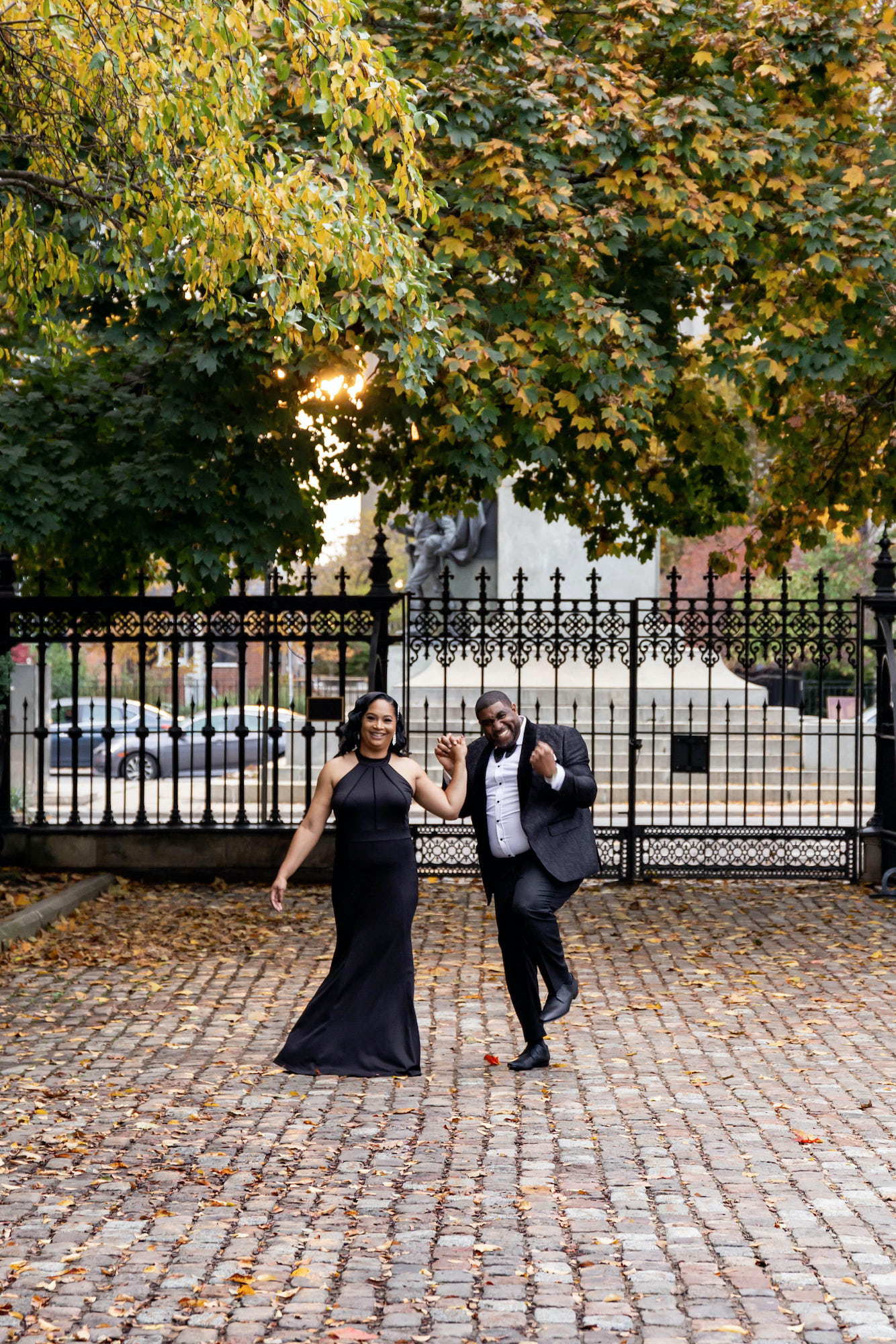 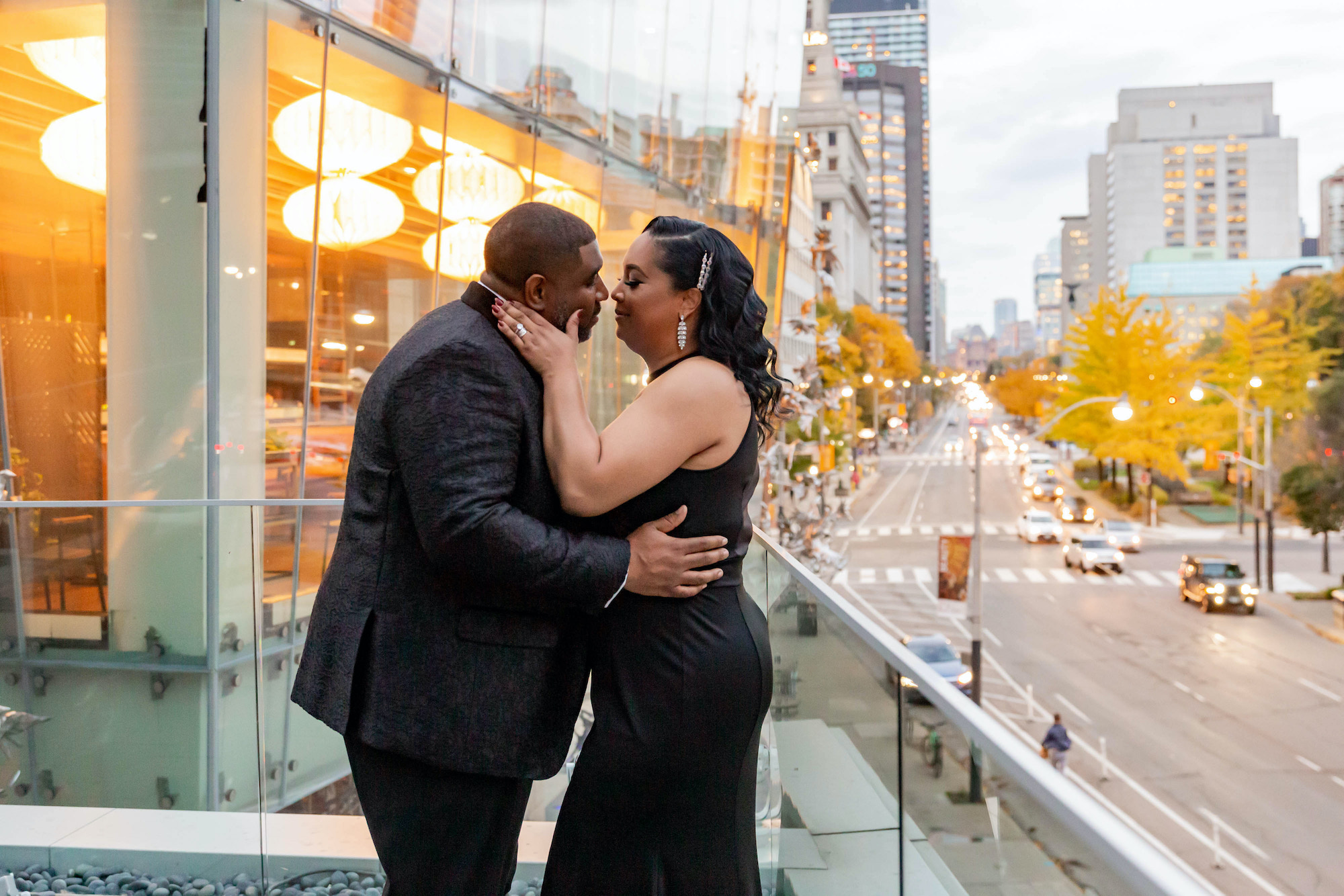 Treasa: He really does. You can see in the photos that he’s feeling himself. I prefer being behind the scenes. I was so happy that we were able to celebrate in an intimate setting. But of course, I still wanted to include our loved ones, so during dinner we watched a video I prepared with all of his friends and family wishing him a happy birthday. There were messages from his parents, our sons, family overseas and people who he hadn’t seen in a year because of Covid.

Kevin: It was really beautiful. I definitely got emotional when I started watching it. The video topped off the whole evening. It really was the best birthday of my life. I don’t want to say nothing will ever top it, but it will be really hard.

Here are more photos from the day: 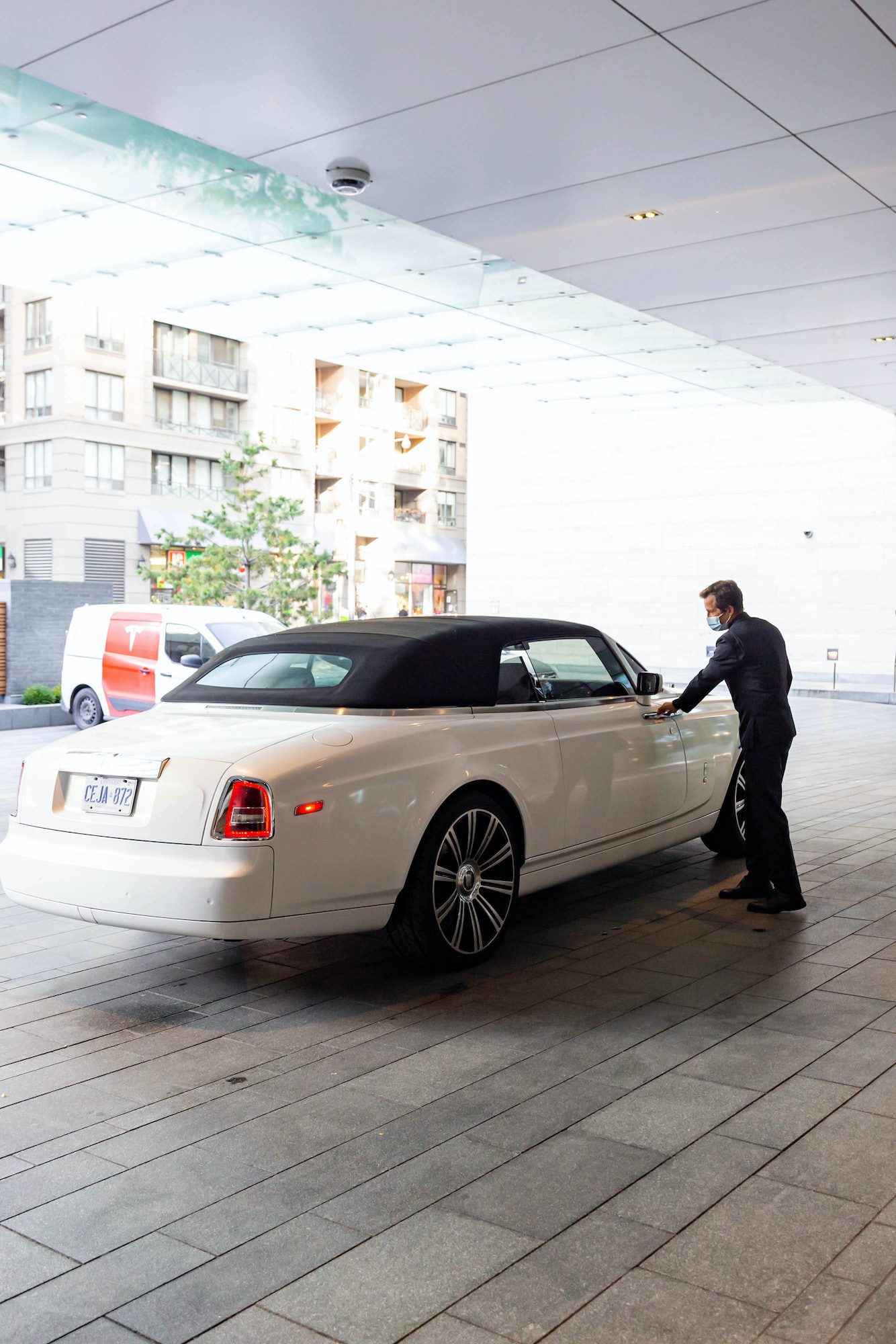 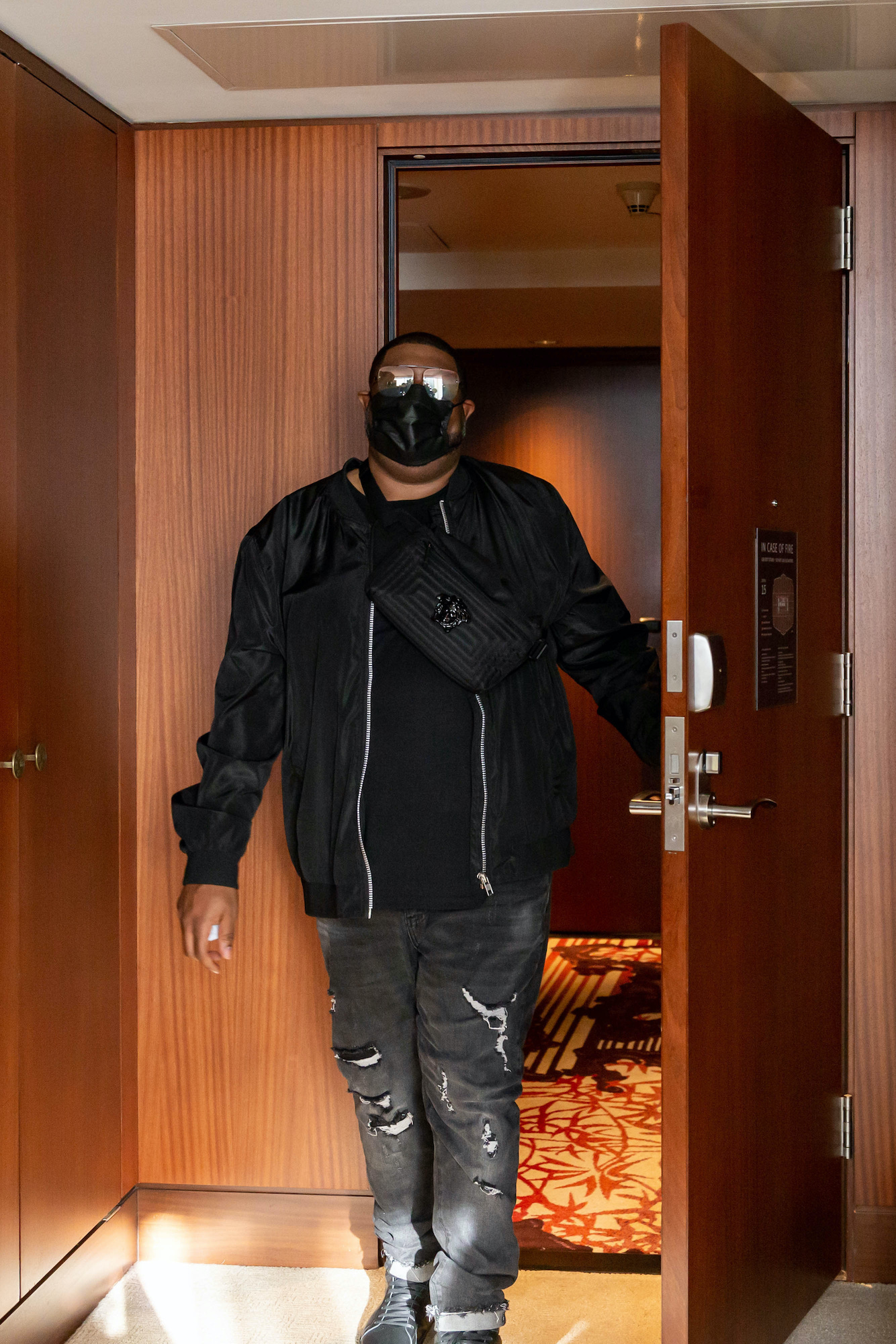 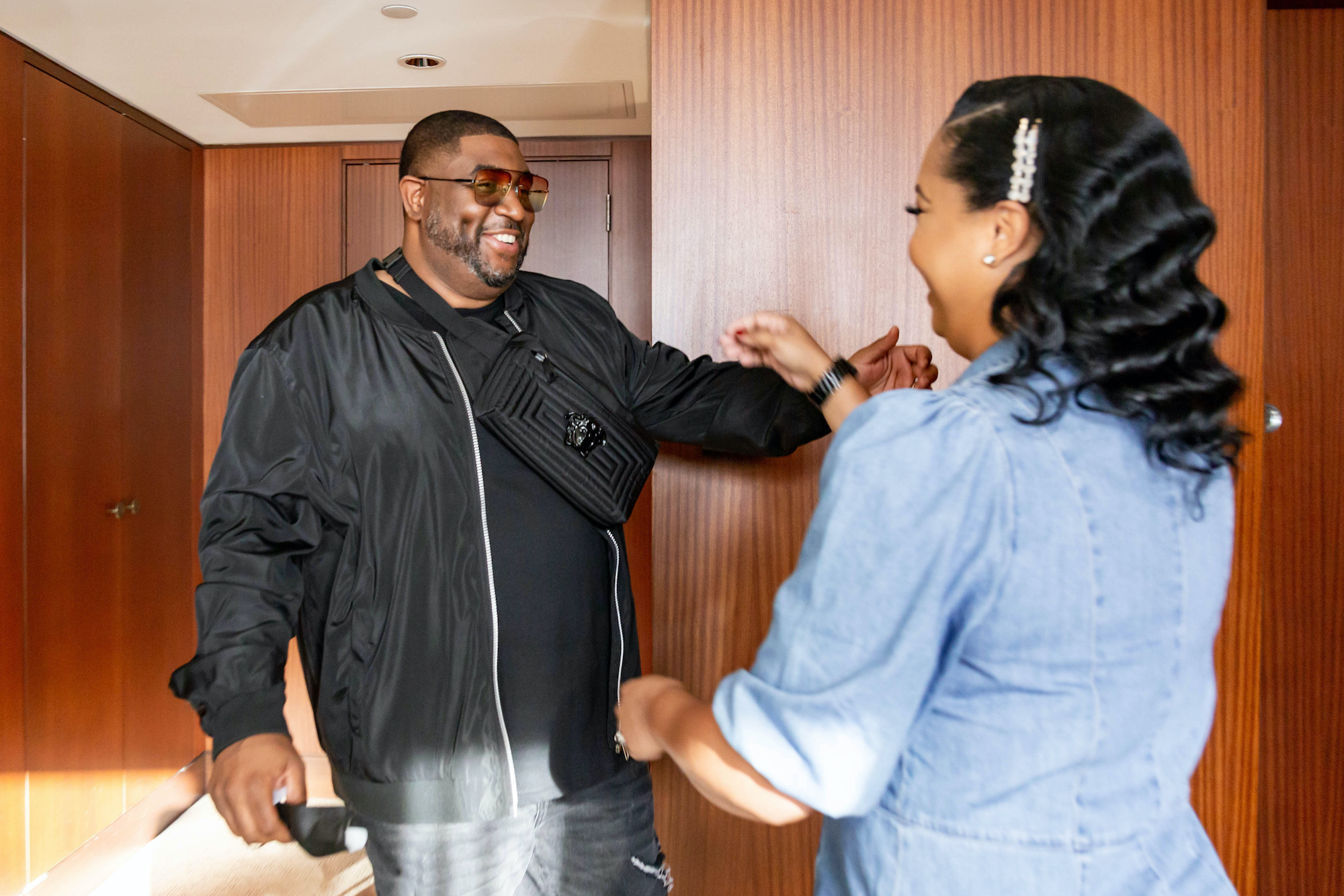 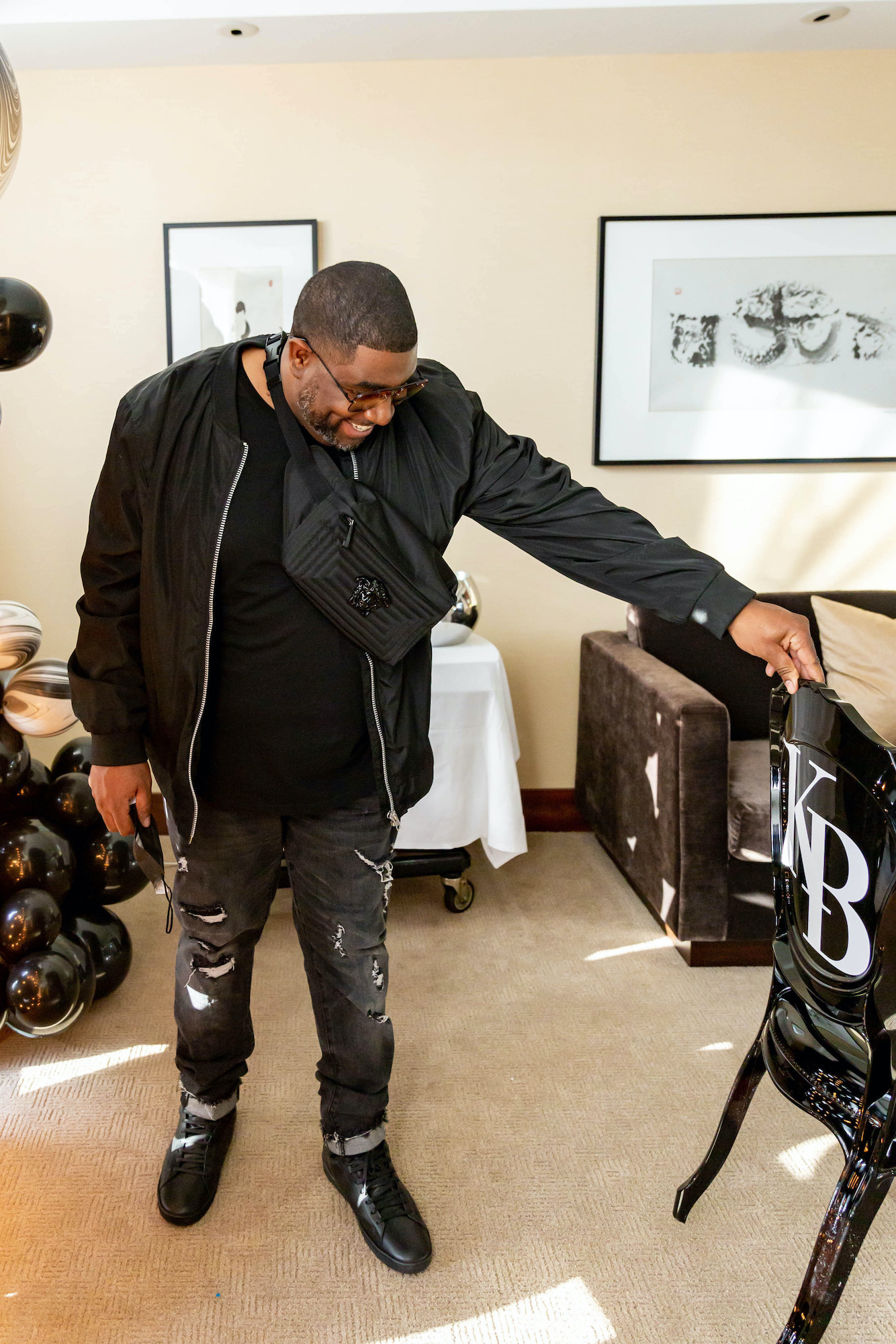 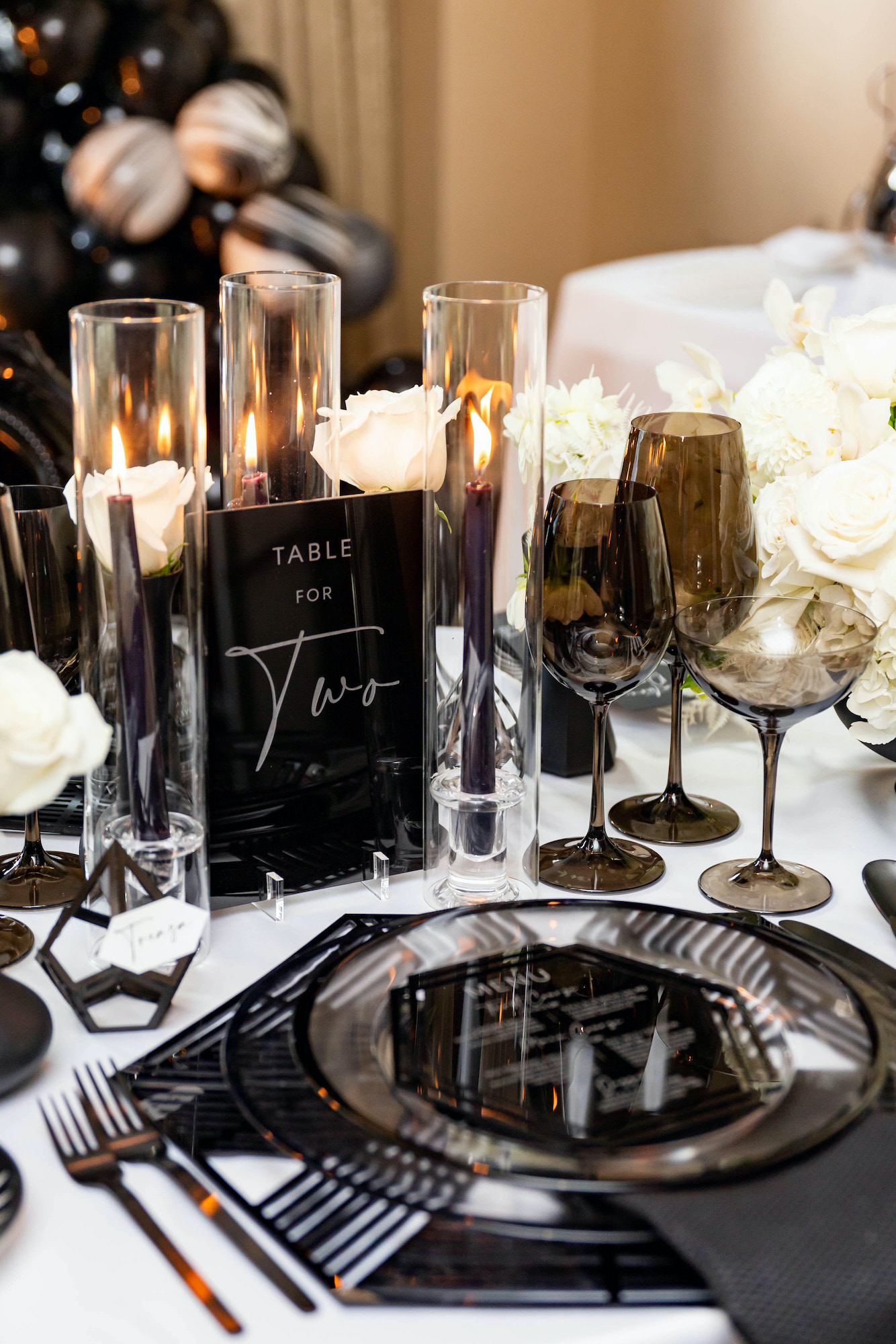 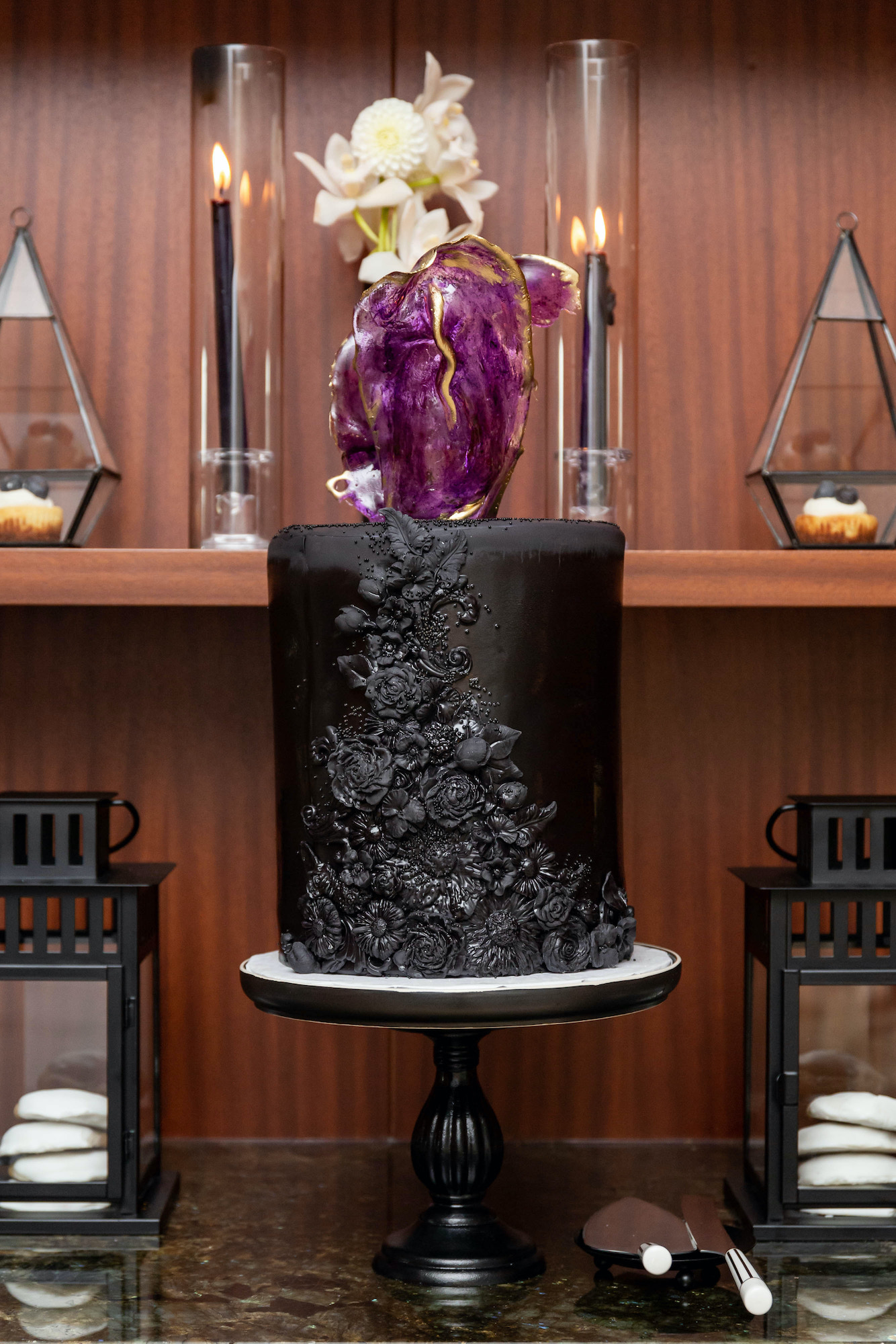 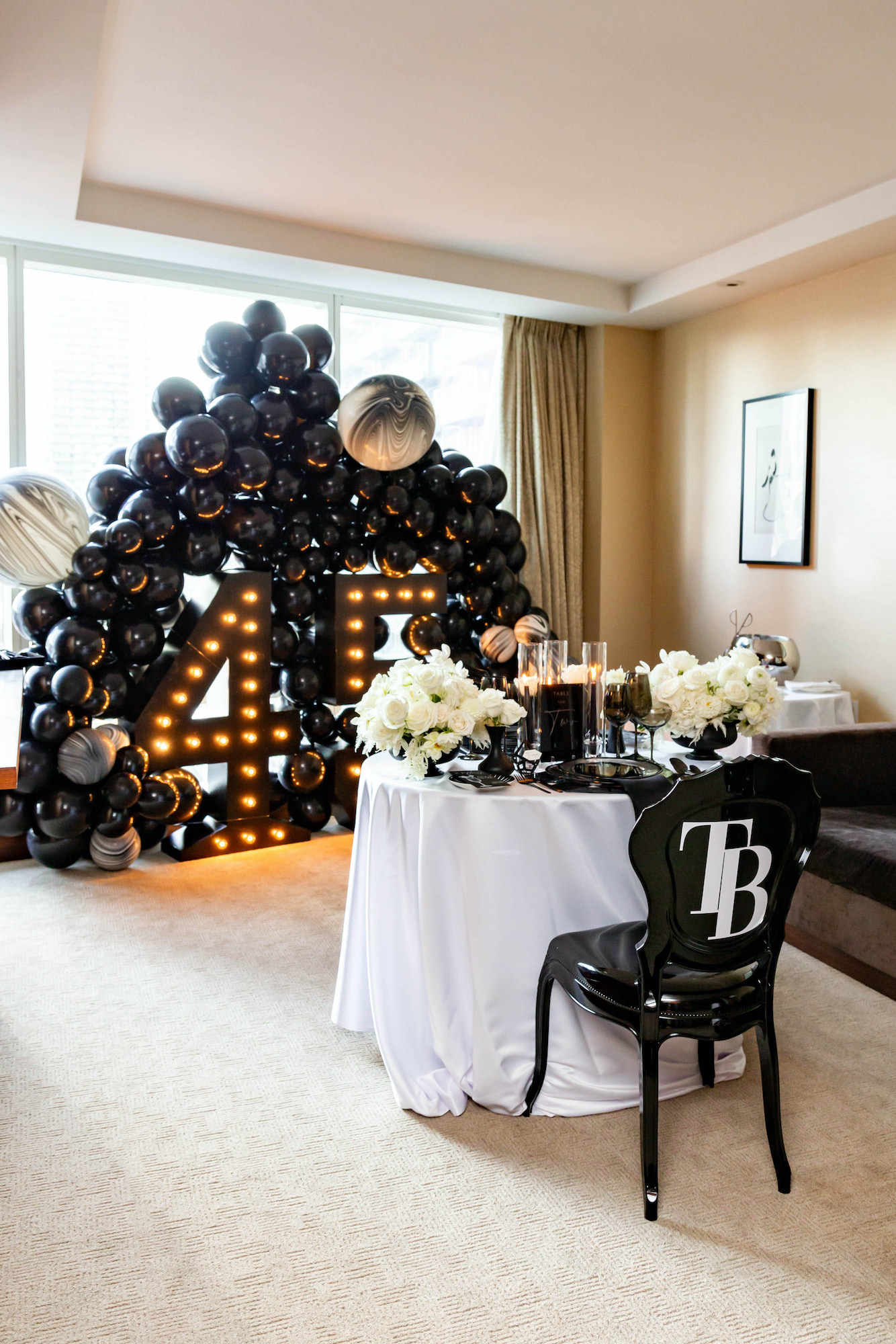 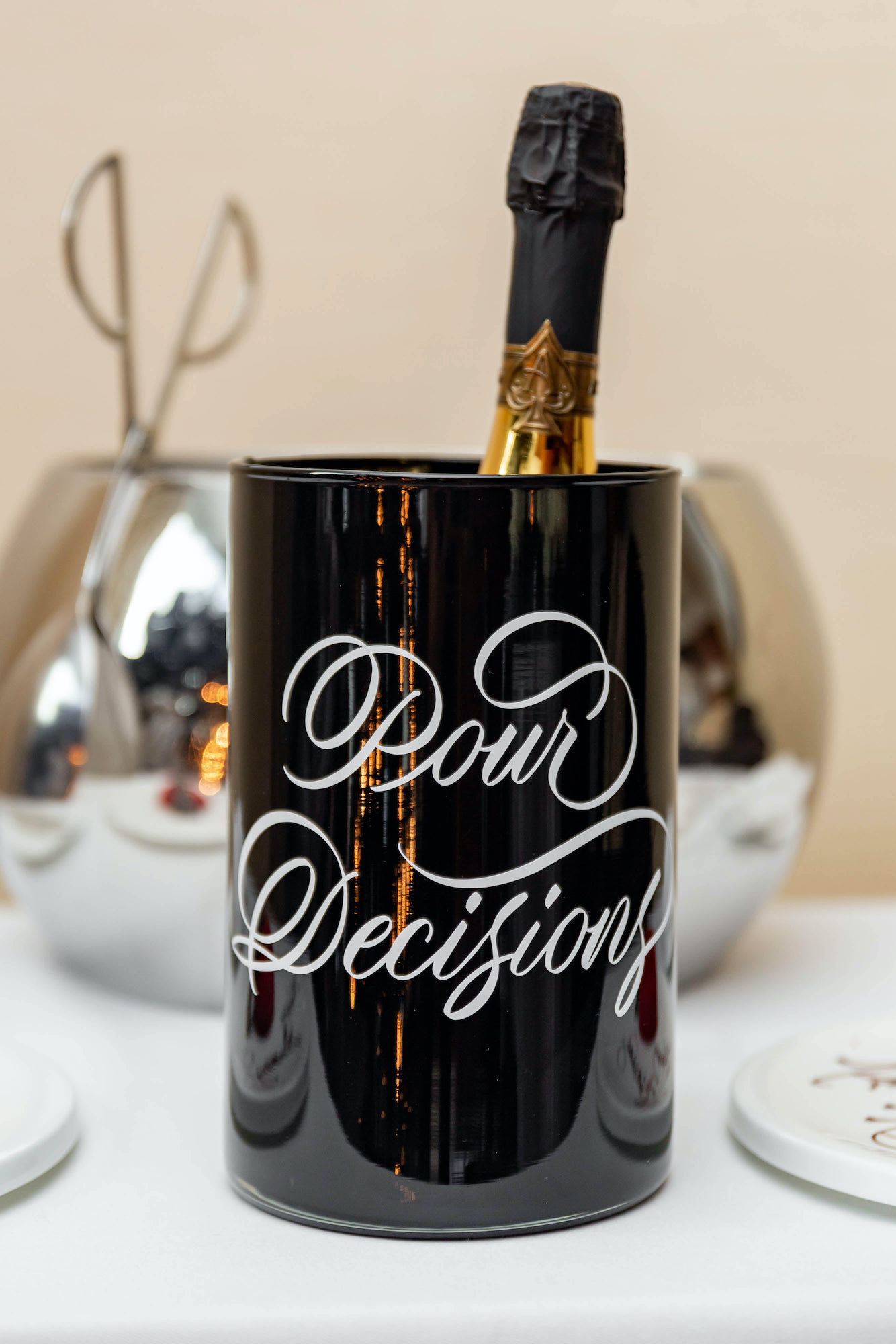 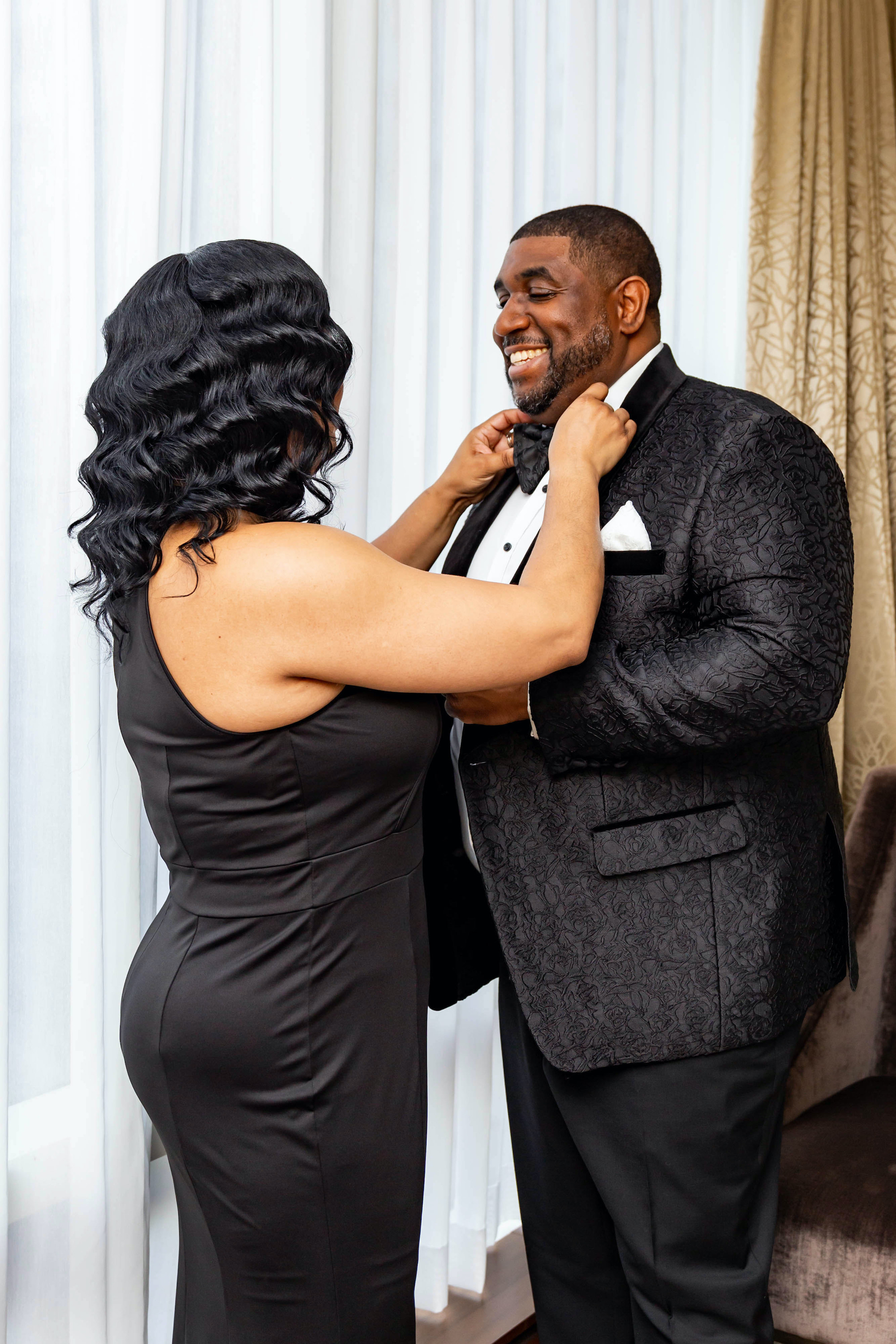 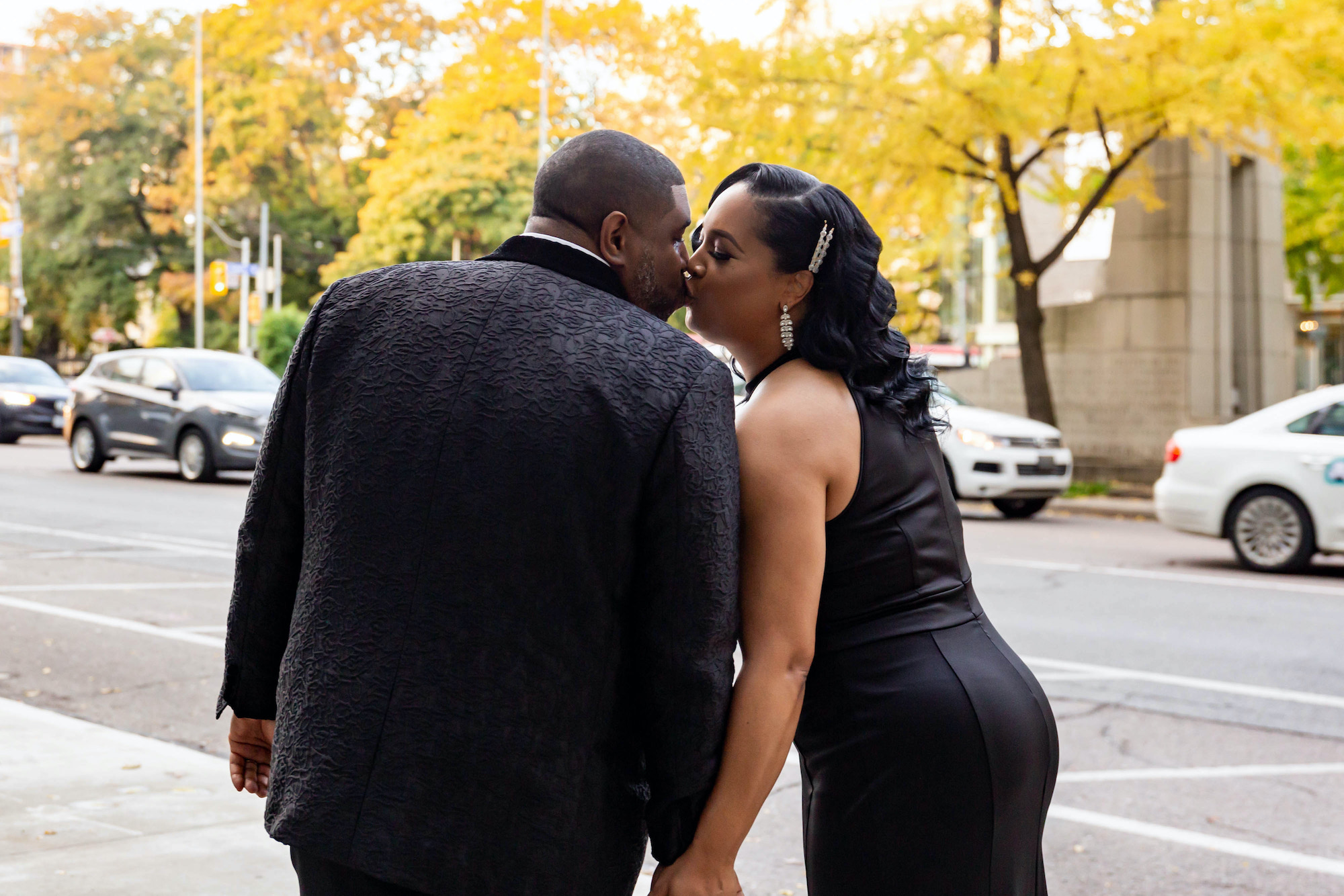 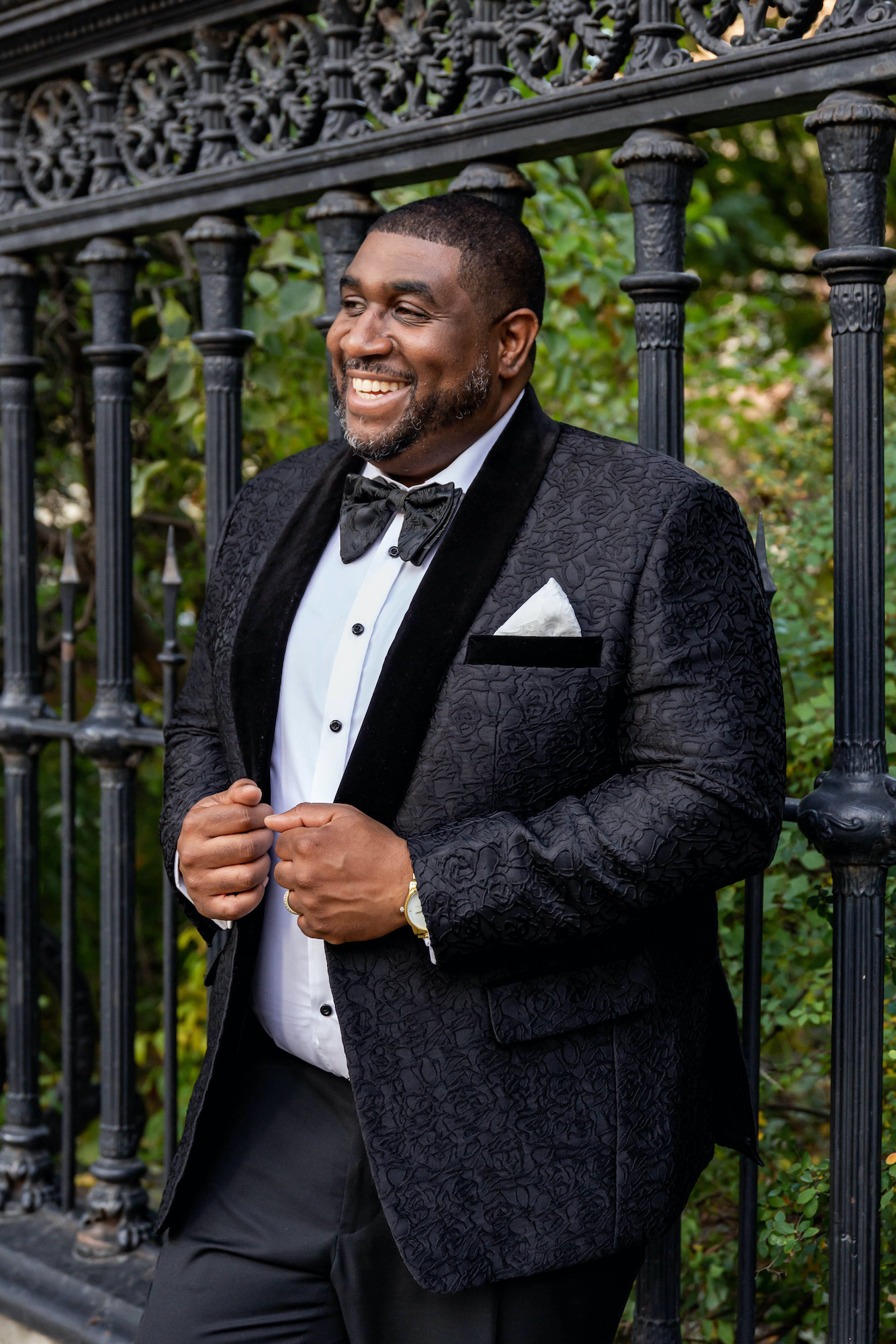 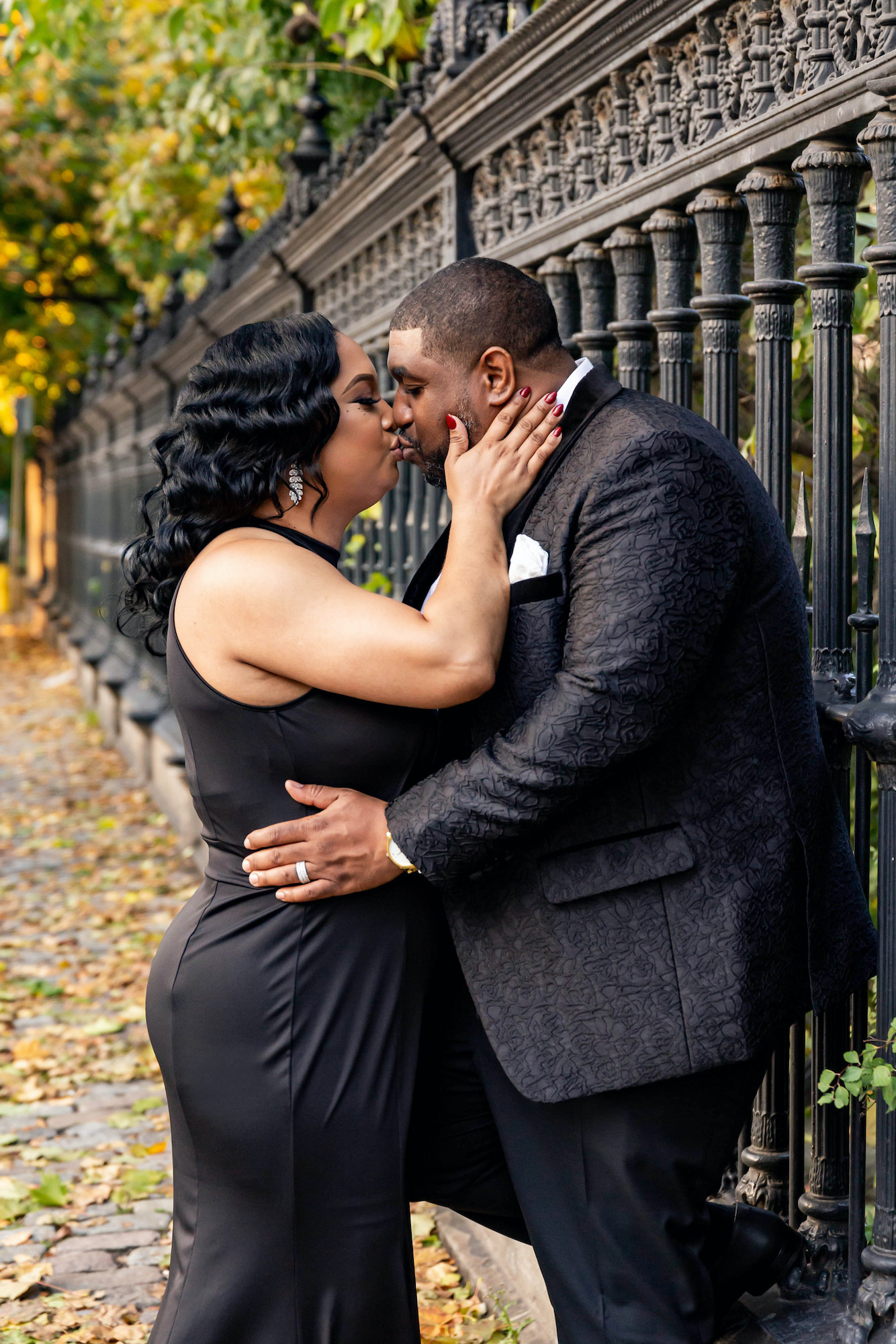 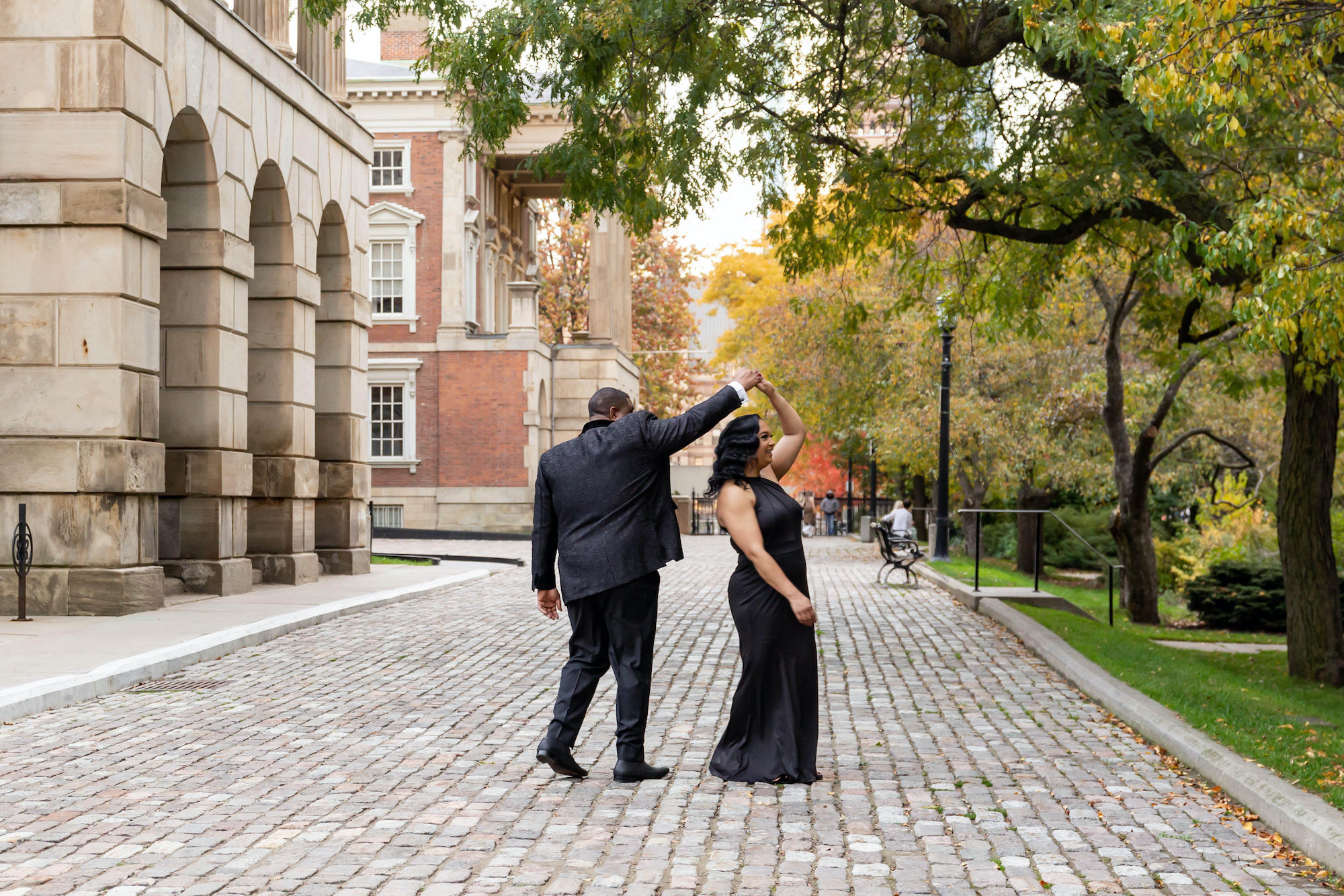