Ever since 2007, when the Crystal was completed, the Royal Ontario Museum’s Bloor Street frontage has been one of the city’s most recognizable sights, but it has never exactly been a fun place to hang out. The museum’s entrance, at the base of the Crystal, was marooned in an expanse of pavers. The plain grey apron flattered the Crystal’s geometry (and, presumably, Daniel Libeskind’s ego) but didn’t do much for visitors.

The museum is next to the University of Toronto’s Philosopher’s Walk, an attractive, park-like area that feeds directly into the St. George campus and Queen’s Park. But there was no direct link between the museum and the walk. Josh Basseches, the ROM’s director and CEO, saw room for improvement. “We were cut off from the beauty of that little urban green space,” Basseches says. “We wanted to figure out how to create a gathering area that connected the old and new parts of the building and also provided visual access to Queen’s Park.”

Today, after nearly a year and a half of construction, the ROM’s new Bloor Street plaza is opening to the public. The new limestone space, a $5-million project designed by Siamak Hariri of Hariri Pontarini Architects and funded entirely by donations, replaces the museum’s former street furniture—a few benches—with stone planters. The planters, filled with native vegetation, have wide edges for visitors to perch on while they wait to enter the museum. The west side of the apron, abutting Philosopher’s Walk, has been remade into an elevated terrace, where the ROM plans to hold occasional performances, starting with today’s opening ceremonies.

The revamped Bloor Street frontage is part of a larger push to make the museum more accessible. In 2017, the ROM reopened its Queen’s Park entrance, giving visitors the option not to enter through the Crystal for the first time in over a decade. “The ROM is committed to becoming even more of a civic hub and cultural nexus for Toronto and Ontario,” Basseches says. “And it starts on the outside.” 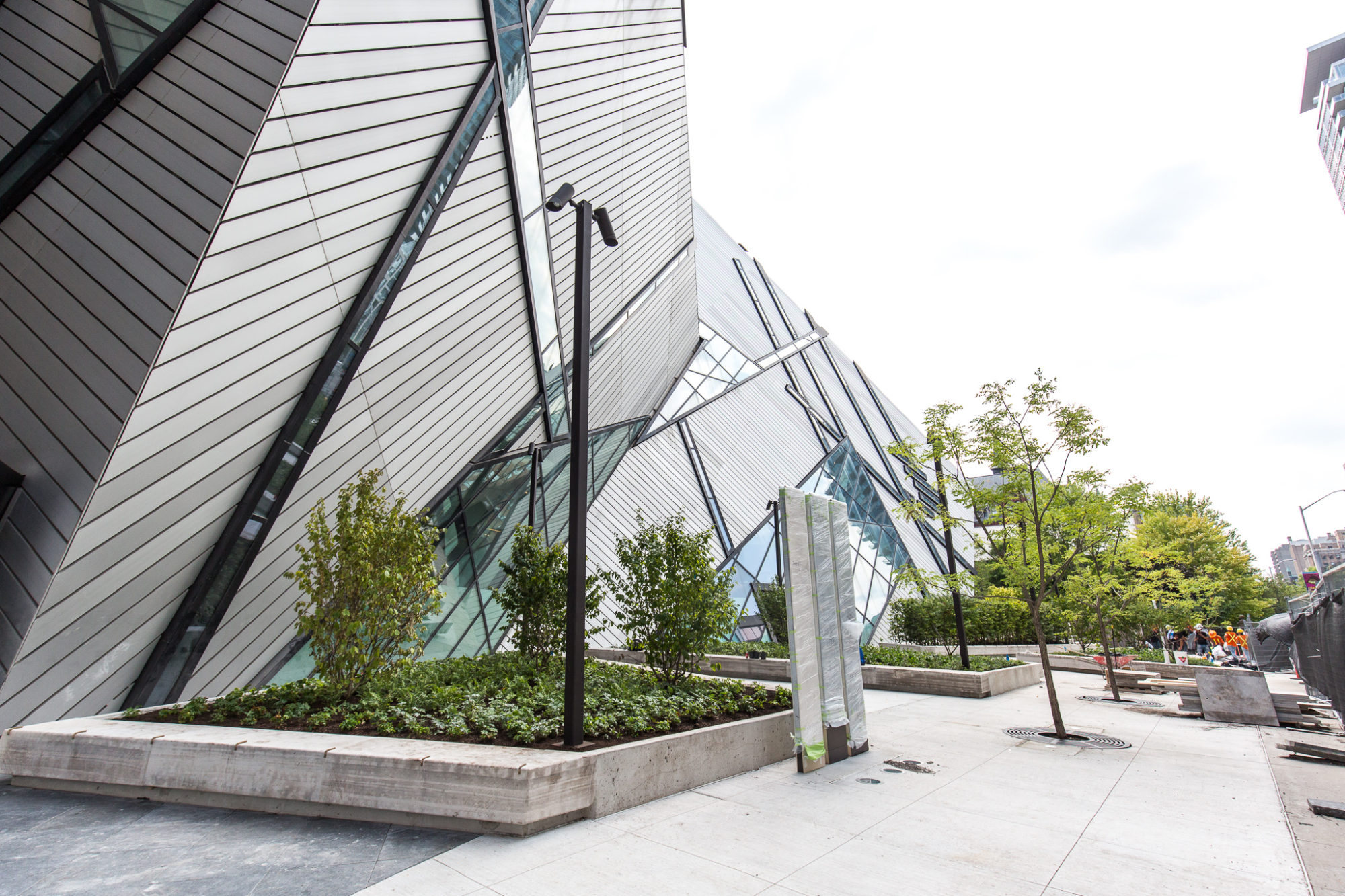 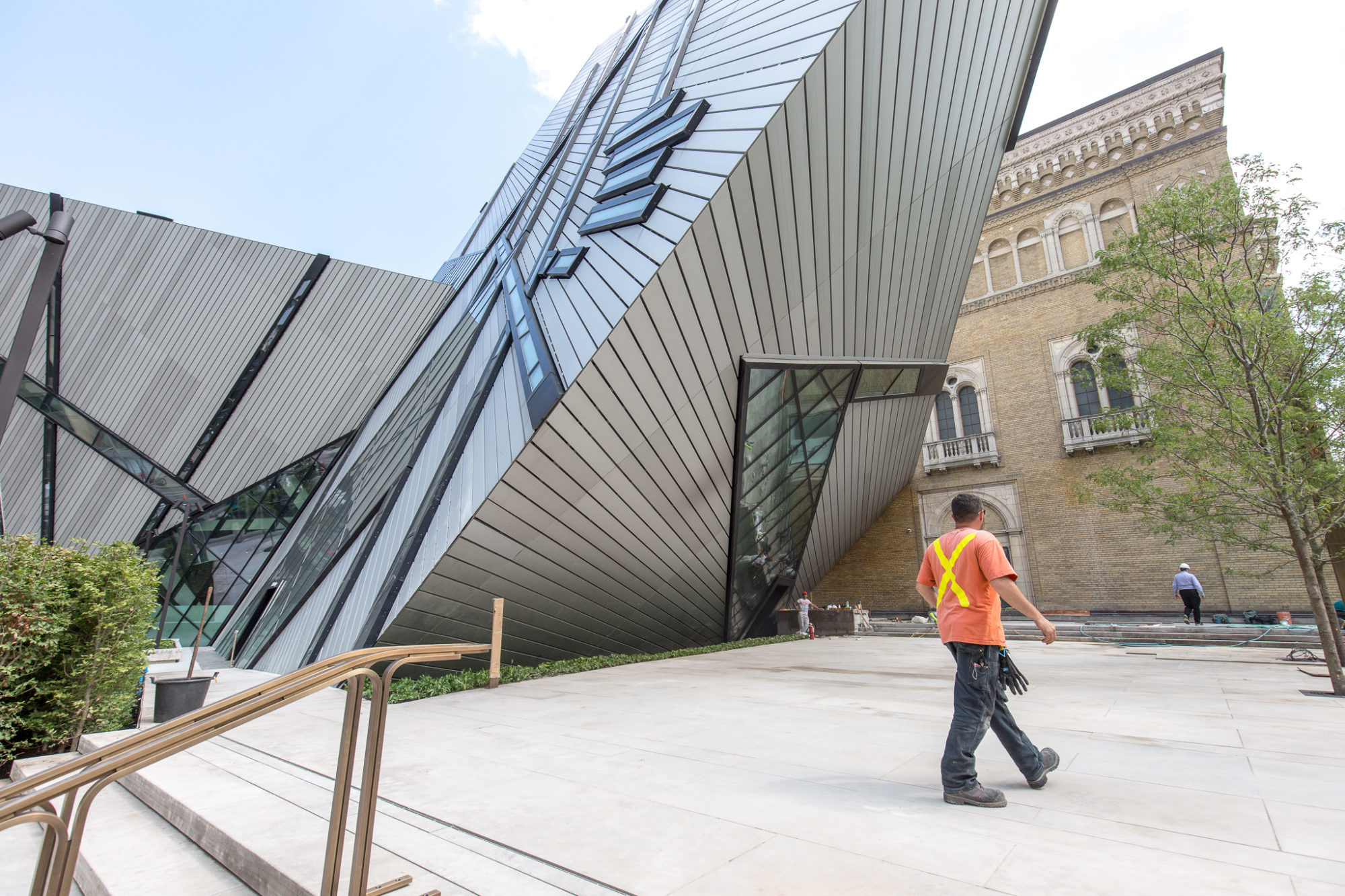 The view of Bloor Street from the terrace: 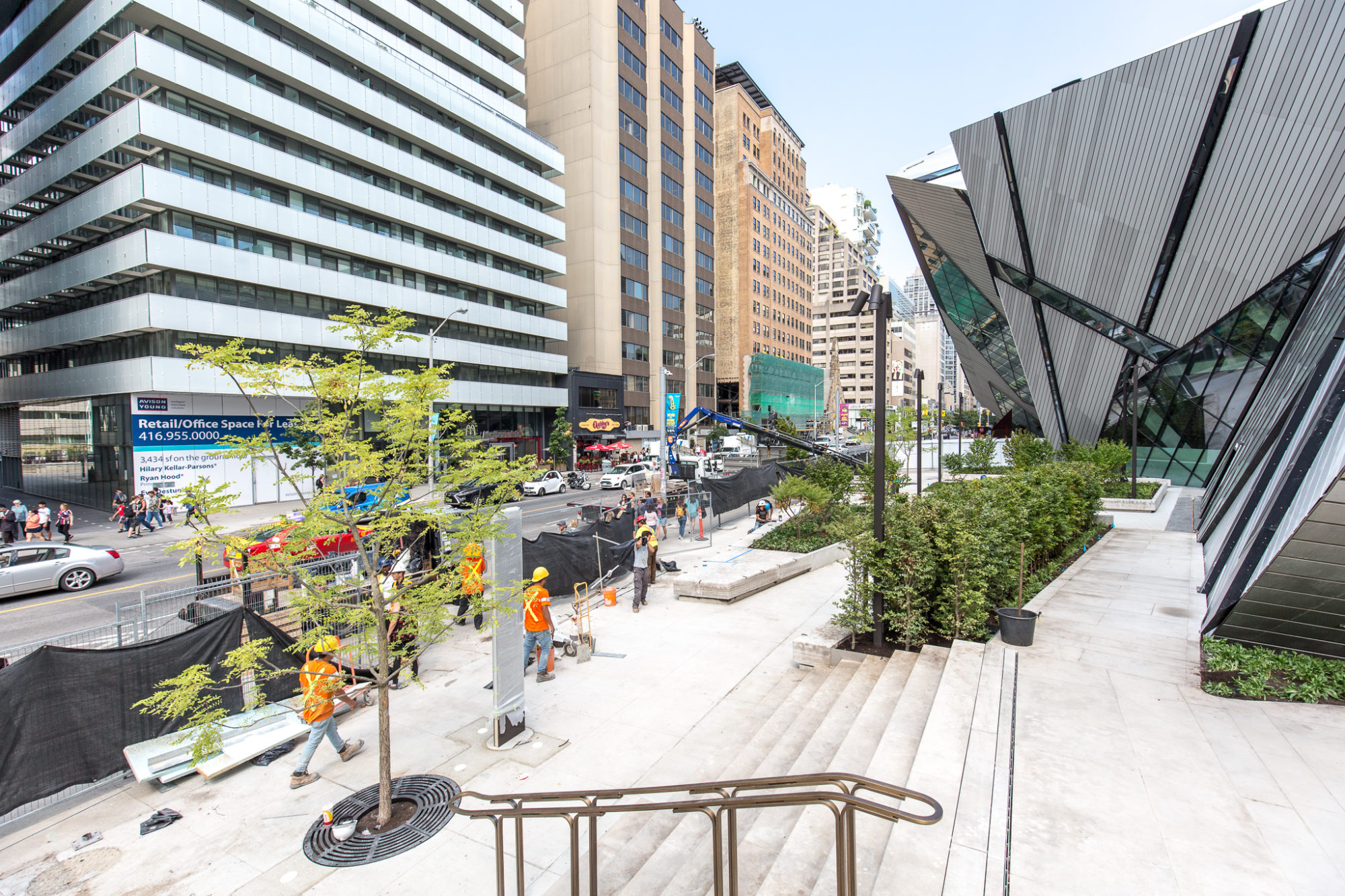