Who: Tajah Charles, 32
Where she lives: A one-bedroom apartment in North York
What she does: DJ (DJ Steph Honey) and founder of Taj Charles, a loungewear apparel company
What she made pre-pandemic: $47,000 a year

Charles was born in Ottawa, then moved to Toronto in 2007 to enrol in the fashion design program at Seneca College. But she dropped out after a few months. “I wasn’t very focused. And the cost of the program, even with help from OSAP, didn’t seem like a good thing at the time.” Charles moved back to Ottawa for a year, before returning to Toronto permanently, looking for opportunities in the fashion industry.

She worked a string of internships and volunteer positions, but nothing stuck. Eventually, she applied for a more stable job, becoming a receptionist at Yabu Pushelberg, an interior design firm, in 2014. The gig paid $38,000 a year. Around that time, Charles developed an interest in DJing. Her father, David (a.k.a David Supersound) and her then-boyfriend both worked as DJs. Her then-b0yfriend taught her the basics, just before her first gig at an in-store event at Victoria’s Secret in the Eaton Centre. It was a good experience, and Charles started to get regular in-store and restaurant DJ jobs, making roughly $250 an appearance.

In 2016, Charles was being booked by larger, higher-paying corporate clients, bumping her rate up to about $1,000 an appearance, depending on the gig. The increased income allowed her to leave her receptionist job to pursue DJing full time. “After I left Yabu Pushelberg, I was really happy with the flexibility and income I was making as a DJ. I really didn’t have to worry about money, which gave me more time to enjoy life outside of a regular nine-to-five,” she says. 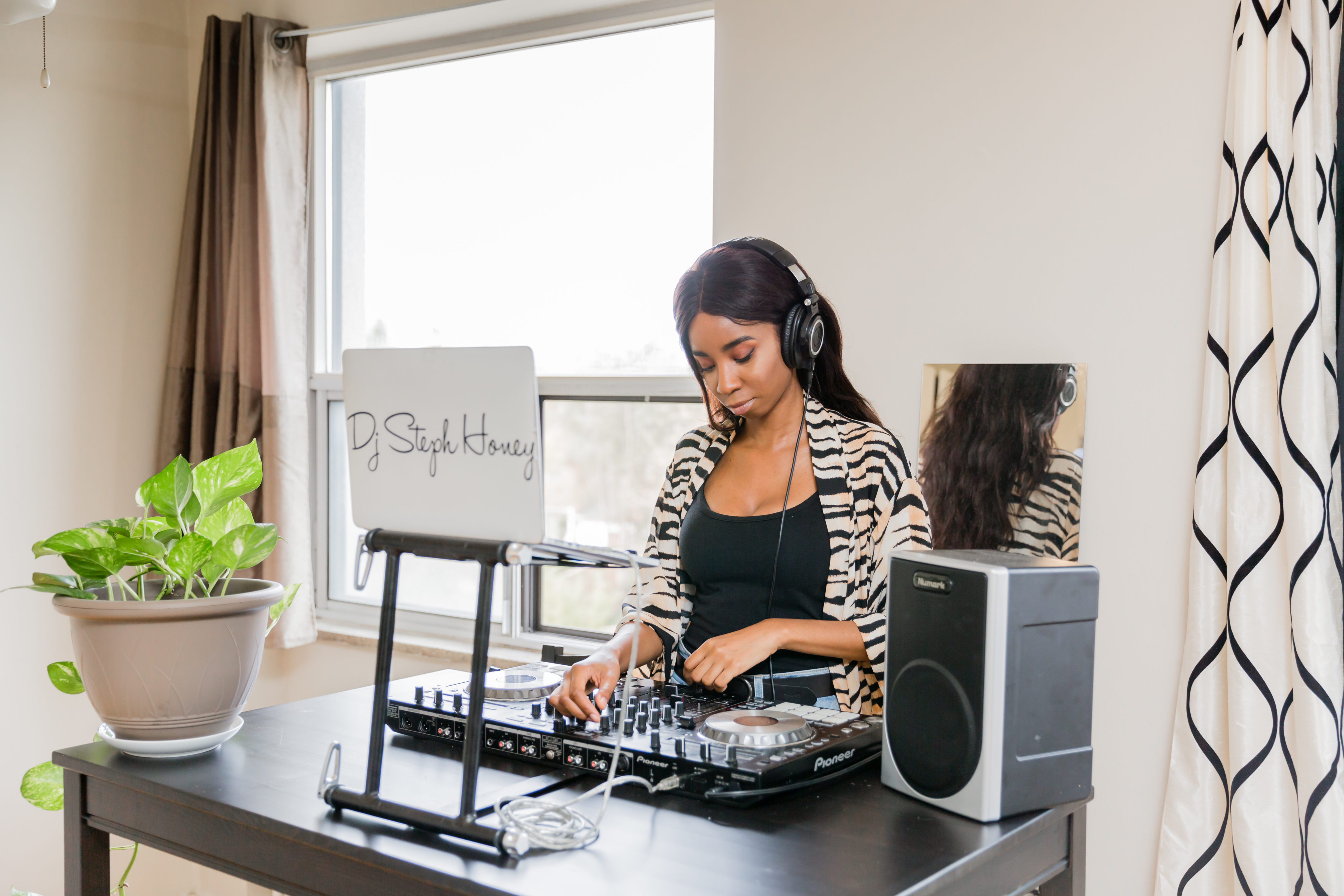 Last summer, Charles decided to once again pursue her love for fashion, using her DJ money to launch a small line of loungewear, called Taj Charles. Then Covid hit, which cancelled most of her DJ gigs. Charles collected CERB shortly after. The downtime provided by the pandemic, however, gave Charles the opportunity to finish a few key pieces from her first collection. “There are a lot of hats to wear as I don’t have a business partner or anything,” says Charles. “I do the sewing, designing, packaging, social media and whatever else there is to do, but I enjoy the process.” Charles got a lot of positive feedback and some sales, about $1,500, from her first collection. Now she’s working on her second.

Pre-pandemic, Charles was loose with her spending. Her two biggest expenses were travel and food. She ate out all the time, especially between DJ gigs on weekends or late at night, and she travelled a few times a year. “I had enough to take my mother on a weeklong trip to St. Lucia, where she’s from, and a trip to L.A. for her birthday,” Charles says. But once lockdown started, relying on CERB and the sales from her first line of clothing, Charles’s spending changed drastically. She cooks at home more often. Travel restrictions have prevented her from taking any trips. And she spends less on nightlife and concerts, since there are fewer events.

Rent: $1,145 a month, including parking, utilities and insurance, for a one-bedroom in North York. “I’ve lived here for nine years. The area is super walkable, with plenty of parks and grocery stores nearby. It’s also right by the DVP, for when I need to get downtown. The entire space is about 500 square feet, giving me enough room for my sewing area.”

Internet: $105 a month, with Rogers. “I know there are much cheaper options, so I don’t think I need to be paying this much. I keep telling myself I’m going to find something else but I always forget.”

Phone: $150 a month, which also covers her mother’s plan, for unlimited calls and texts with Virgin Mobile. “I pay for my mother’s phone because I wanted to give her one less thing to worry about.” 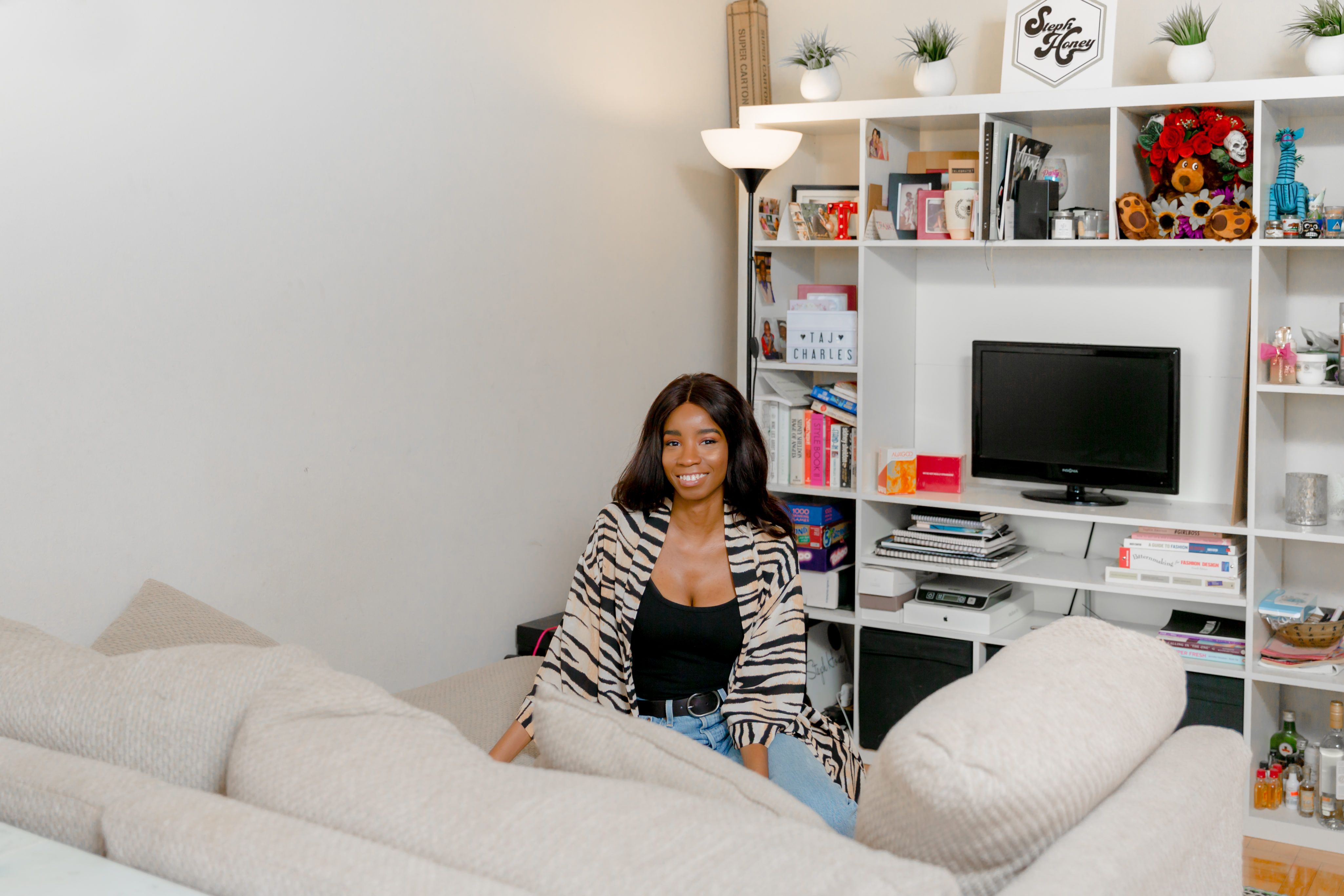 Groceries: $300 a month, from No Frills and Metro. “I don’t cook meat at home, so that cuts the cost of my bill, because I’m mostly buying veggies, fruits, rice and pasta. I love to make shrimp tacos, so taco supplies are always at the top of my list.”

Delivery: $160 a month, from Uber Eats, Instacart and Ella Charles Cuisine, a Caribbean-inspired ready-made meal service owned by her aunt Noella. “Since starting the clothing line and the workload that comes with it, cooking has really taken a back seat. When I’m hungry, I just want things I can eat right away. I love to order from Fresh and Veggie Thali, both vegetarian restaurants. I’m a huge fan of Caribbean food because my background is Caribbean.”

Transportation: $500 a month, for gas, insurance and car payments. “I’ve got a 2012 Ford Focus. I named it Fallon, because I wanted to be a triple-F. The car is really convenient, especially when it comes to commuting across the GTA with all my DJ equipment.”

Debt Payment: $0. “I’m proud to say I don’t have any debt. I have two credit cards, one business and one personal, that are always paid on time. I’m very strict about it because it took years to pay off my OSAP debt, even though I only briefly went to college.”

Memberships: $0. “I used to have a membership at LA Fitness. It was maybe $30 dollars a month, but I cancelled it before Covid. These days, I work out for free in my living room in my apartment, using a YouTube account called Fitness Blender. I like to do strength training workouts.”

Subscriptions: $125 a month. “I have the usual Netflix, Amazon Prime, Apple Music and Spotify. Then I’ve got a DJ music subscription, which allows me to host my music on Apple Podcasts ($13); Freshbooks for my DJ invoices ($35); and Shopify, which I use to host my online store ($30).”

Savings: $100 a month, into a savings account. “Pre-covid, I was trying to save about 20 per cent from each DJ gig. Now that I’m bringing in some income from my clothing line, I’m once again starting to put stuff aside in savings. I’d like to take a vacation when travel is allowed again.”

Online stretching class: $15, from SOULAIRA Wellness, a virtual dance and yoga fitness studio. “This was a fun treat to myself. It was conducted over Zoom. I set up my mat in my living room and watched on my laptop. At the end, we learned a choreographed routine to SZA’s ‘Hit Different.’ It was lots of fun, finally participating in something with other people, after I’ve been stuck at home for so long.” 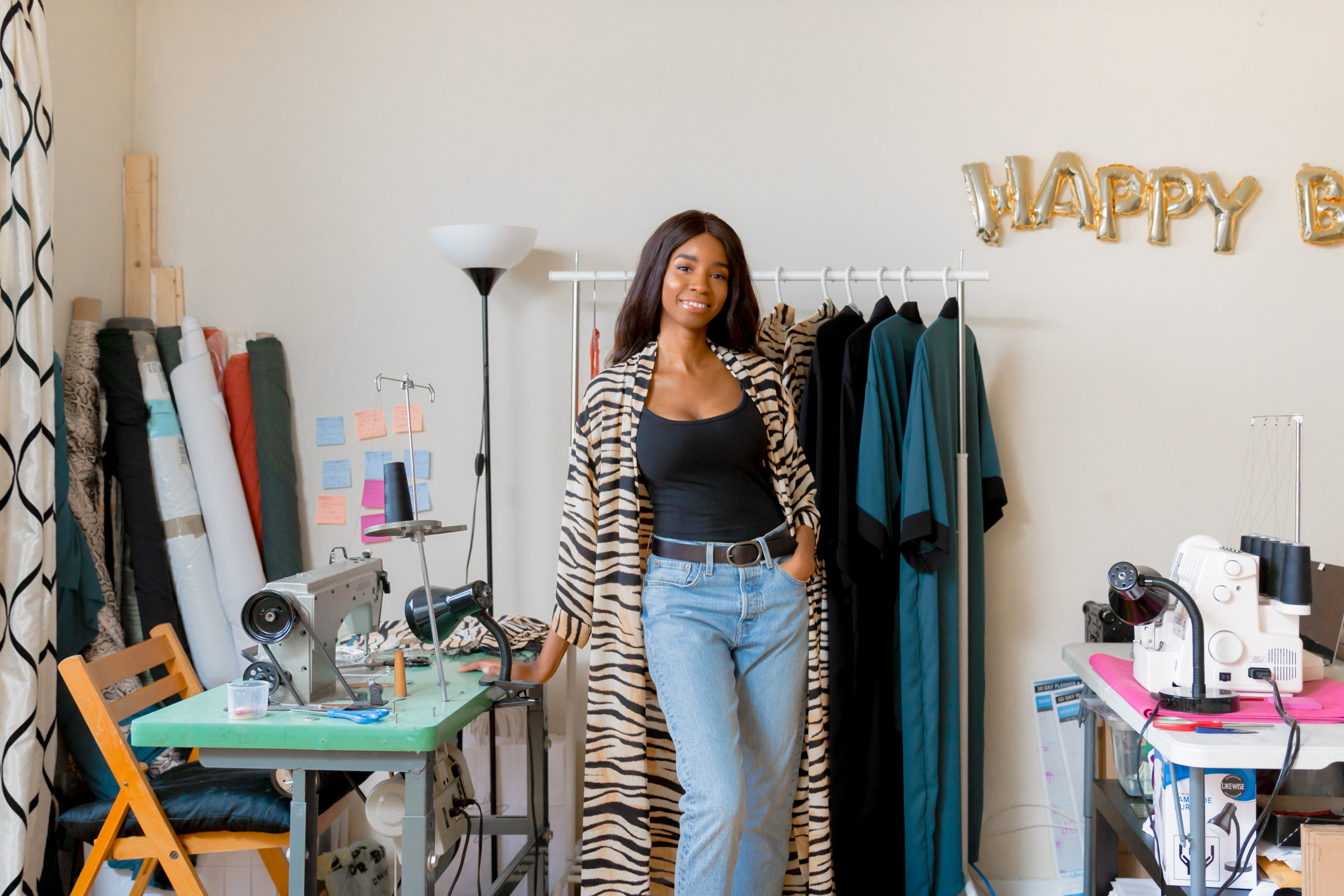 Phone gimbal: $100, from Amazon. “When I do photoshoots for my company, I like to film behind-the-scenes footage to use for social media. The gimbal helps stabilize the frame while I’m filming, so it looks a lot more professional.”

Books: $45, for two books from Indigo. “I got All About Love by bell hooks and Inward by Young Pueblo. They both focus on personal growth and self-love, both things that are very important. I broke up with my boyfriend last year after dating for a long time, so I realized I had a lot to learn about love and relationships.”

Sewing equipment: $1,100, for a Singer Professional Serger from a shop in Quebec. “I started a GoFundMe to raise money for some business start-up expenses. I put some of it toward a new serger, which I use almost every day for my work.”